Across the country, drivers have shown an overwhelming preference for either SUV over the last decade. Meanwhile, you can drive quickly and in style and comfort in a sedan. People who live in cities and commute to work each day would benefit greatly from them.

With the comfort of a sedan and the muscle and utility of a truck, SUVs bridge the gap between the two. With plenty of space and luxury for the whole family, an SUV can go places a regular car can’t.

Since every one of us has different tastes, finding the optimal solution for our requirements may be trickier than we initially anticipated. This all-inclusive Car vs. SUV comparison will help anyone determine which vehicle is the best fit for our budget and needs.

Sports utility vehicles (SUVs) are widely admired because of their durability, versatility, and spacious comfort. It’s because of this that they’re so popular among explorers and families looking for a reliable car.

There is a need for a vehicle that can bridge the gap between passenger cars and pickup trucks, and SUVs do just that by combining the comforts of a sedan with the strength and versatility of a truck.

Comfort and space for a large family in a vehicle that can carry out tasks a sedan cannot. There is no better way to travel quickly and in style than in a sedan. These are ideal for people who commute regularly or who live in congested urban areas. 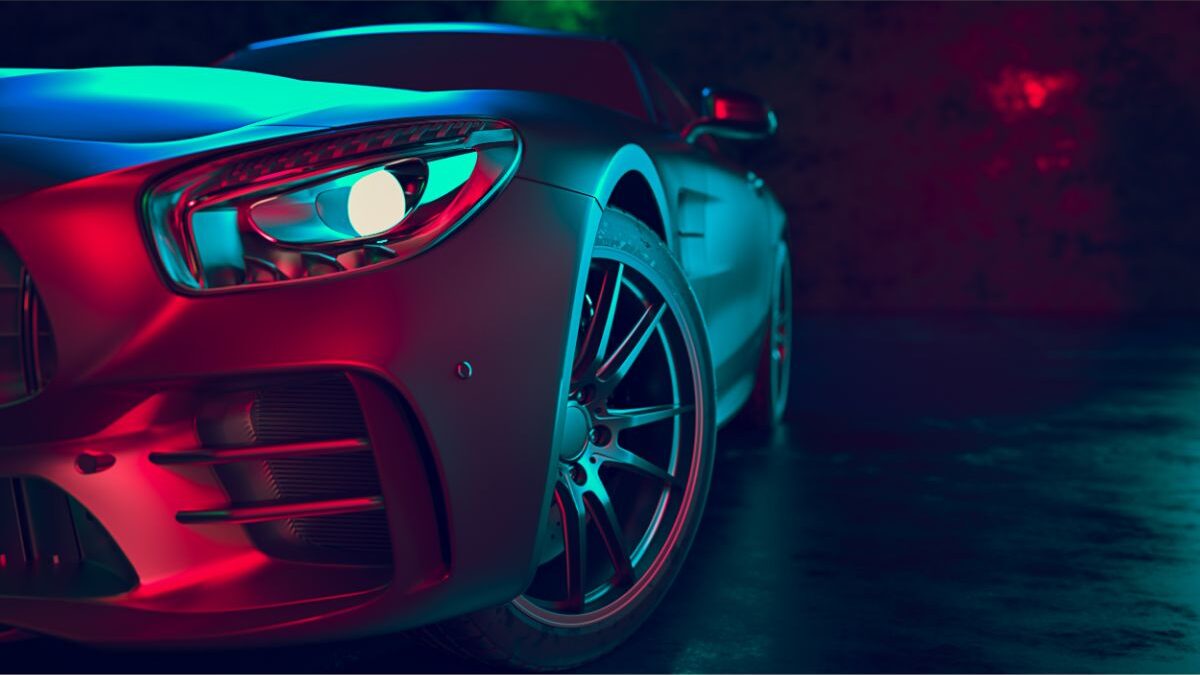 You can’t go wrong with a sedan for your daily commute into the city. They offer a more relaxing and stress-free journey. Because of its low curb weight and compact dimensions, a sedan is quick off the line and easy to maneuver in tight areas. That makes them more potent on the open road, where they can easily outrun a large SUV.

The Advantages of Cars

The first advantage of a sedan is its low fuel consumption. Due to their lightweight construction and smaller engines, they significantly reduce fuel consumption compared to SUVs.

As oil prices continue to rise, a sedan becomes a more economical choice. Certain SUVs are indeed getting more compact and more like regular cars. The fuel economy of a sedan is still superior.

And then there are environmental considerations to think about. Lower emissions result from lower fuel consumption because of this efficiency gain. To the relief of environmentally conscientious motorists, sedans produce significantly less pollution than their gas-guzzling sport – utility counterparts.

Sedans are straightforward cars because of their lightweight construction, which eliminates the need for complex suspension or 44 systems. This reduces their initial cost and ongoing operating costs substantially.

Its suspension, brakes, and tires have been spared the rigors of rough terrain, making it more durable than an SUV. There will be cost savings in several areas, including gasoline, maintenance, and replacement components.

When compared to SUVs and trucks, sedans are much more manageable in tight spaces and heavy traffic. It can accelerate more quickly, making it more maneuverable and quicker in heavy traffic.

It’s common knowledge that sedans provide a significantly more plush and comfortable ride than SUVs. And because of their reduced profile, they’re easier to maneuver.

The Drawbacks of Cars

The primary disadvantage of a sedan is the lack of interior room for passengers and cargo. You should travel lightly in a sedan because they do not typically have roof racks and their towing capacity is dubious. Most sporty sedans only have two doors, which is not only inconvenient but also significantly riskier.

Those riding in the backseat are more likely to sustain injuries in an accident if there are no rear exits. Now we can discuss the issue of security. The driver’s visibility is impaired due to the vehicle’s low profile.

As a bonus, it makes it harder for larger vehicles to see you. Its less sturdy build quality might also have potentially deadly effects in the event of an accident.

Sedans are more vulnerable to the elements than SUVs or trucks due to their lower ride height. A sedan is particularly susceptible to the elements on gravel roads in the event of snow and severe rain. Moreover, sedans’ lack of 4WD makes them more likely to skid or become bogged down in muddy conditions.

What About Sports Utility Vehicles (SUV) 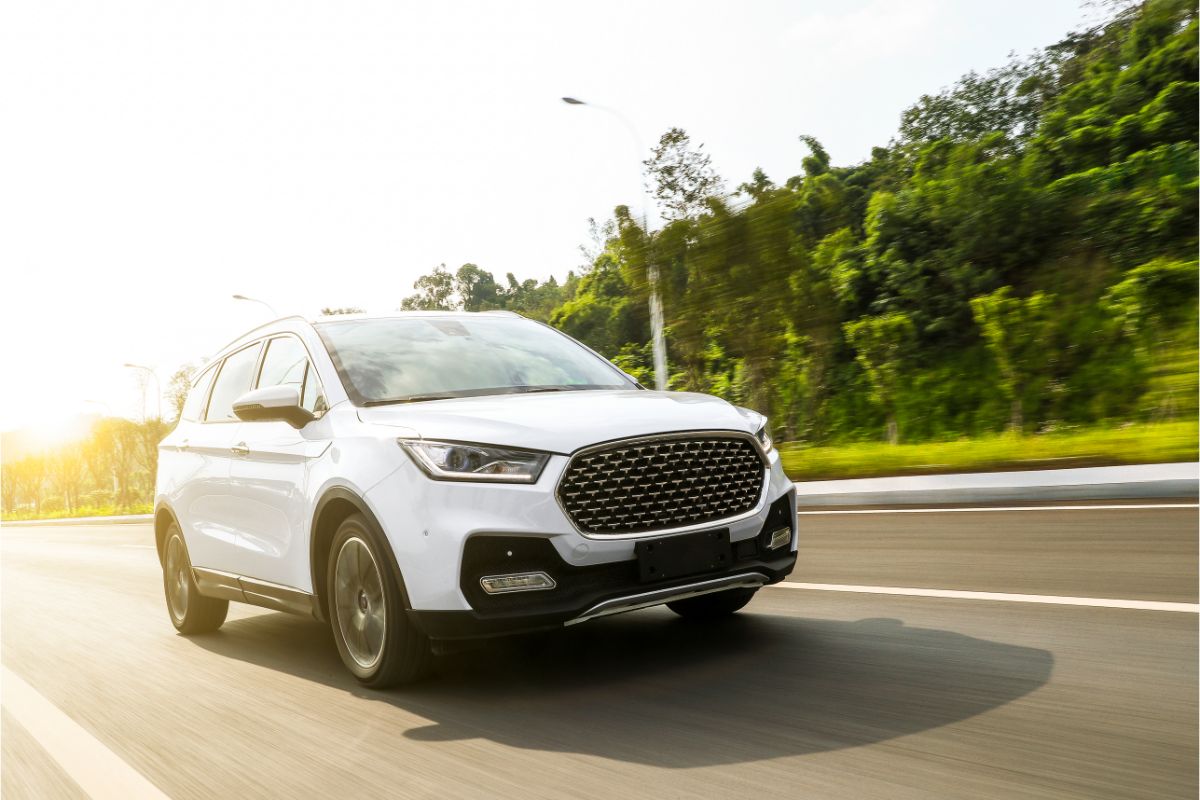 Sometimes dubbed crossover cars, SUVs fall between trucks and sedans, earning them a category all on their own. They have large tires, a high ride height, and a tough yet sporty appearance. Because of their adaptability, they were made for explorers. Because of its high ground clearance, driving in any weather or on any quality road is a breeze in one of these vehicles.

The Positives of SUVs

SUV drivers benefit from excellent sightlines because of their vehicles’ elevated positions on the roads. You are above practically everybody else, allowing a good range of view. This greater visibility enables a safer ride.

This is compounded by the fact that SUVs are incredibly sturdy and designed specifically for rigorous testing. The sturdy build of these vehicles greatly improves their odds of coming out on top in the event of a collision with another vehicle.

You’d need more room in your vehicle if it were significantly larger. SUVs not only allow their passengers additional legroom and seating capacity but also provide vast amounts of cargo space. Often, SUVs are already fitted with roof racks to boost load carrying.

That makes it the perfect car for anyone who appreciates outdoor hobbies like sailing or angling or any activity requiring additional gear. Also, it makes them great family vehicles, allowing the capacity for various updates that arrive together with starting a family.

If the room is still a concern, SUVs have tremendous hauling abilities. Hauling a trailer or vessel is a breeze with its robust engines and 4×4 wheels. This makes them perfect for extended periods spent outdoors or traveling. You can take almost all of your furniture and belongings with you.

Due to its sudden and ever-increasing appeal among drivers, SUVs also have tremendous resale value. As opposed to sedans, the value of SUVs tends to be steady over time.

The Cons of SUVs

While SUVs have many advantages, there are also some drawbacks to think about. SUVs tend to be more expensive than cars, even luxury sedans. Incorporating luxury options like all-wheel drive, a sunroof, and a trailer hitch can significantly increase the sticker price.

The fuel economy is a further contributor to this cost. It’s not uncommon for SUVs to have high fuel consumption rates because of their huge engines, 4WD capabilities, and overall heft. Those who care about the planet should give this a lot of thought. On the other hand, there are SUVs available with hybrid technology and respectable fuel economy. They still can’t match the fuel efficiency of a compact car.

SUVs’ potential to traverse rough terrain is a double-edged sword, as it can both improve and worsen the vehicles’ comfort. The suspension is designed to handle rough terrain, which can result in a jarring ride for passengers.

Maintenance costs are considerable, particularly for a 44 SUV, due to the complex nature of the vehicle. The cost to maintain one of these cars typically exceeds that of a sedan due to the high number of parts and repairs required. Similarly, insurance premiums will rise as a result of this.

The whole point of having an SUV is to be free to travel wherever you want, so having to constantly worry about damaging it negates that purpose. However, the SUV’s suspension, tires, and brakes will be subjected to a more severe beating.

Should I Get a Car or an SUV? What You Should Know! 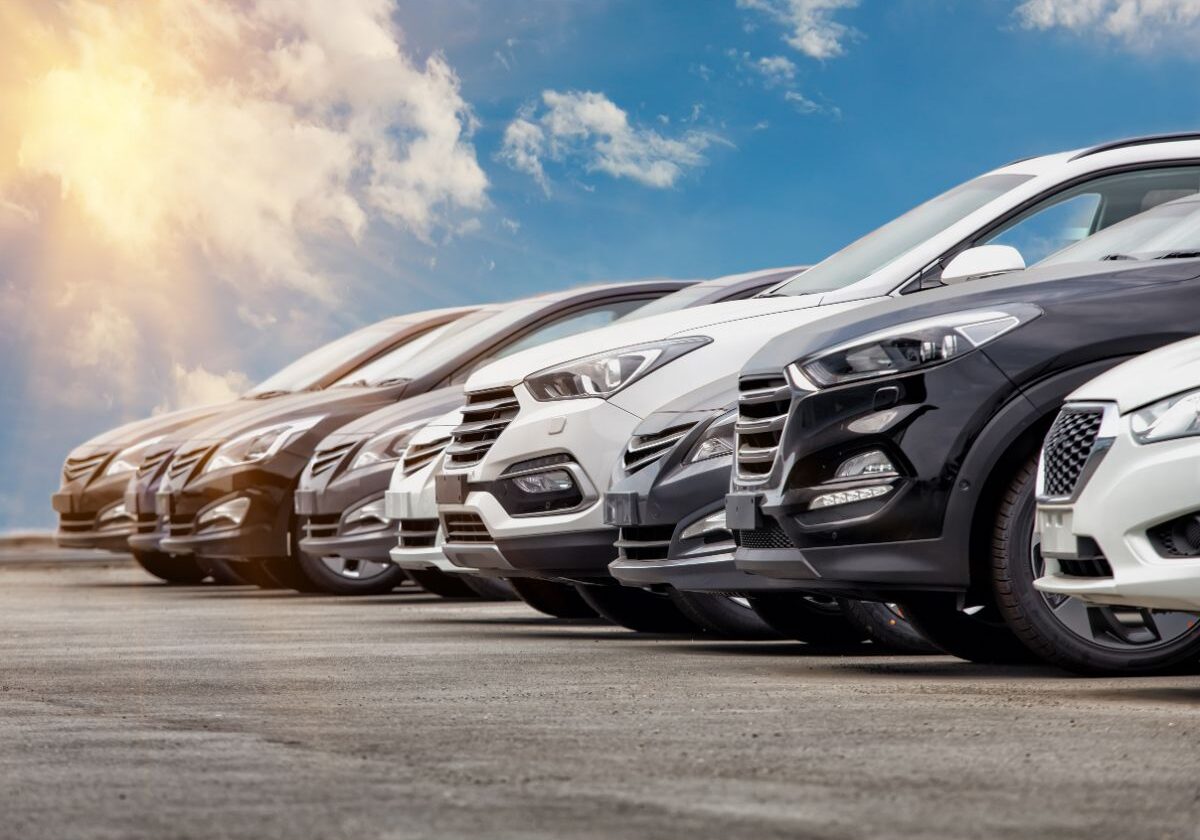 You’re in the market for a new ride, and you can’t decide between cars and SUVs. Even though SUVs have some advantages over regular cars, such as better safety, a more commanding driving position, and a larger towing capacity, they are also typically more expensive to maintain and take up more space on the road. Below are the three leading distinctions you should bear in mind while considering whether to buy a sedan or an SUV.

Bigger cars tend to consume more gas than smaller ones. SUVs, no matter how efficient, receive much lower gas mileage than cars because of their greater weight.

Typically, SUVs with the highest fuel efficiency average around 20-25 MPG, whereas sedans achieve anything between 30 and 40 MPG. The loss of fuel efficiency also comes with a rise in fuel expense, necessitating more fuel stops. 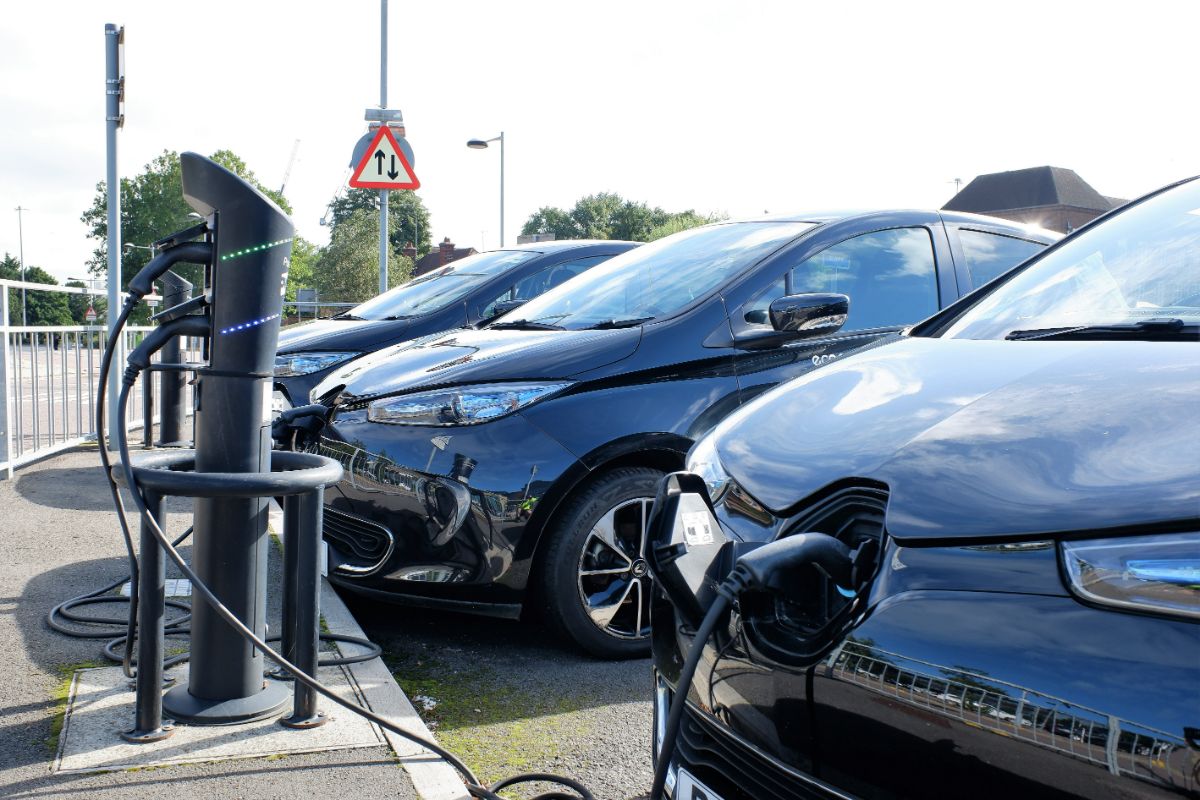 The rise in fuel usage among ordinary SUVs also leads to a higher carbon footprint. Due to the higher fuel consumption of SUVs compared to smaller automobiles, more pollution is released into the air. 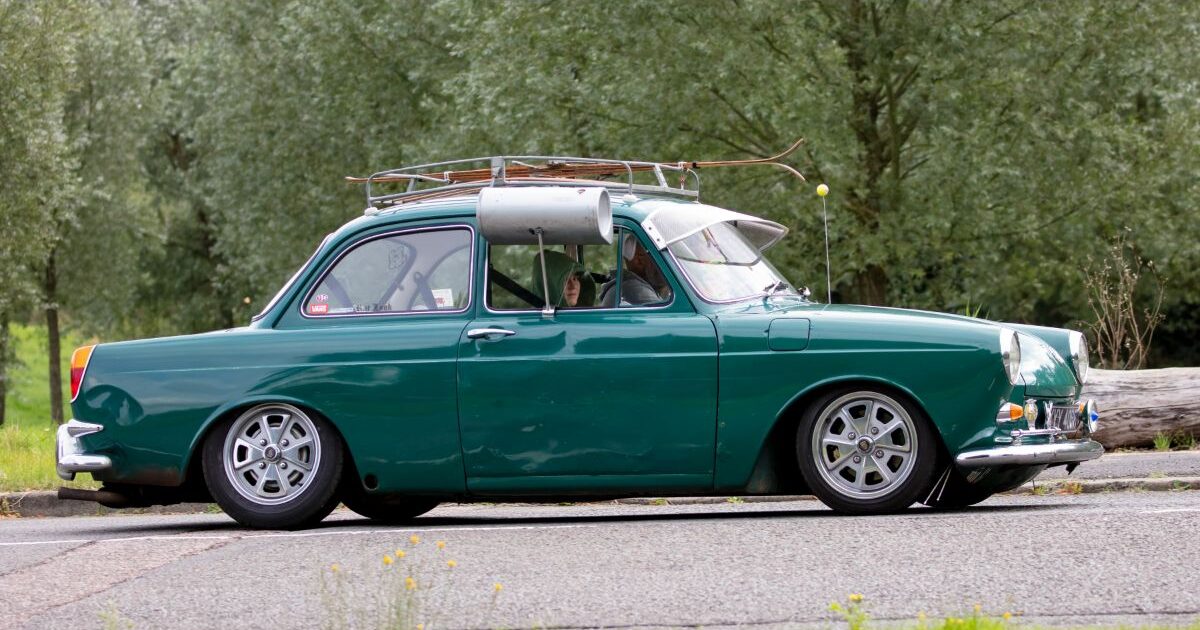 Notchback sedans are distinguished in the United States by their horizontal trunk lid, hence the name. To sell two sedan body styles (such as fastback & notchback) of a similar model span, the name is used.

There are a few sedans available with a fastback design, but rather than a conventional trunk lid, the entire rear of the car lifts (using a liftgate or hatch). Tesla Model A, Audi A5 Sportback, and BMW 4 Series Gran Coupe are all good examples.

When referring to the same model in two different body designs, the terms sedan and hatchback are frequently used. As a result, the phrase “hatchback sedan” is rarely used. 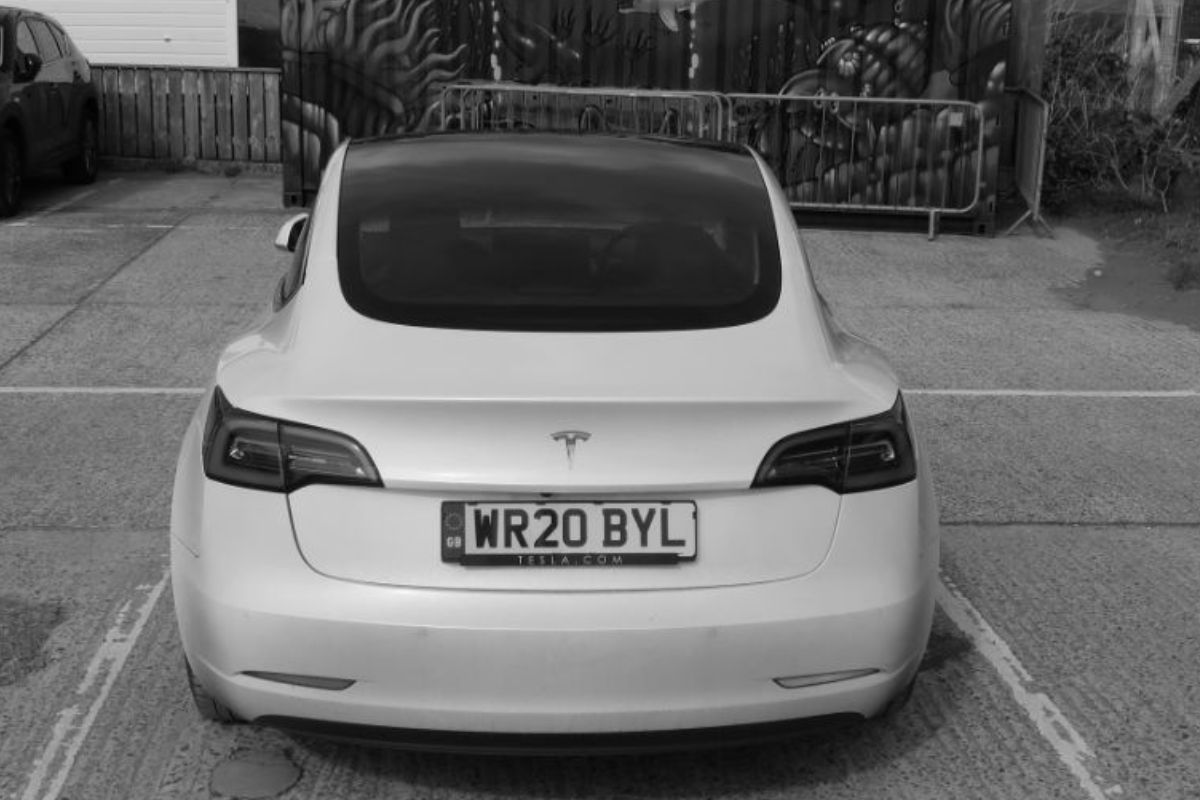 There have been a lot of fastback sedans over the years. 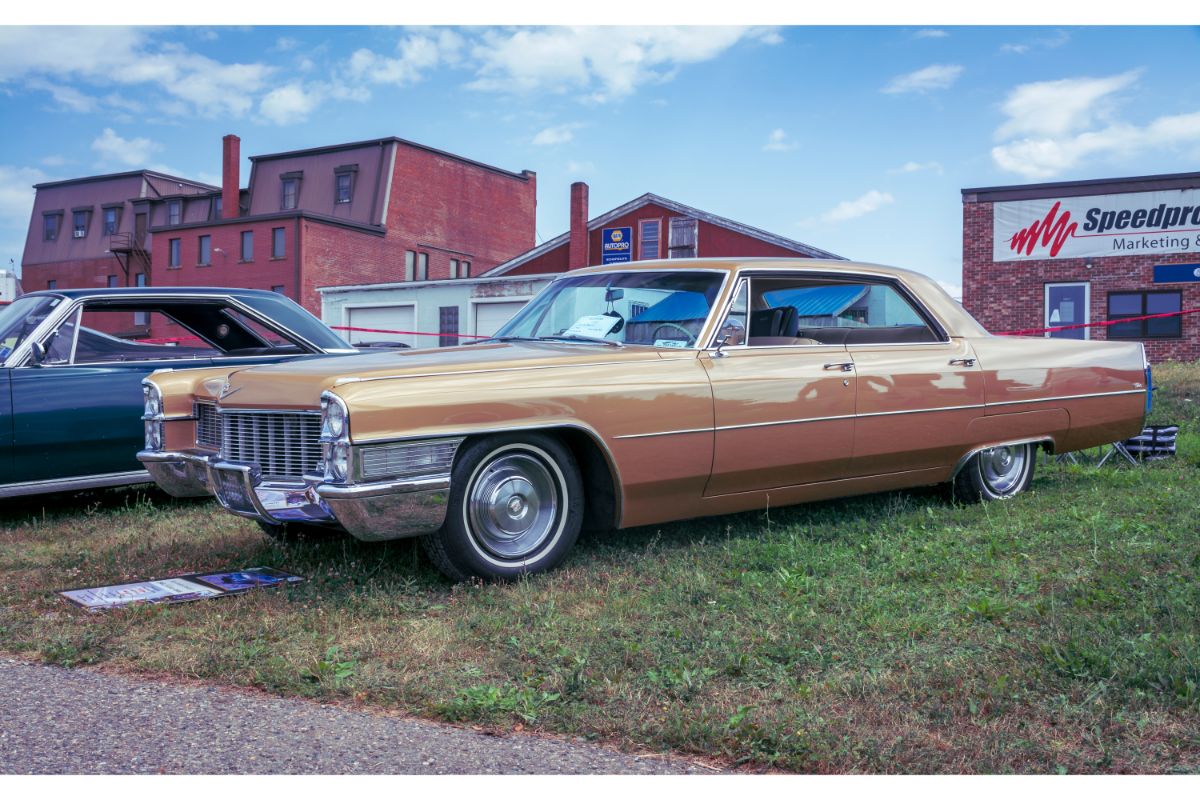 During the era spanning the mid-1900s in the United States, hardtop sedans were a common sight on American roads. The B-pillar is not included in the construction of a hardtop.

The “crossover SUV” sector (sometimes called “CUVs”) has grown more prominent since around 2010. Crossovers are often more comfortable and fuel-efficient than SUVs built on pickup trucks, although they are less capable off-road (many crossovers are available without all-wheel drive) due to their use of passenger car platforms. 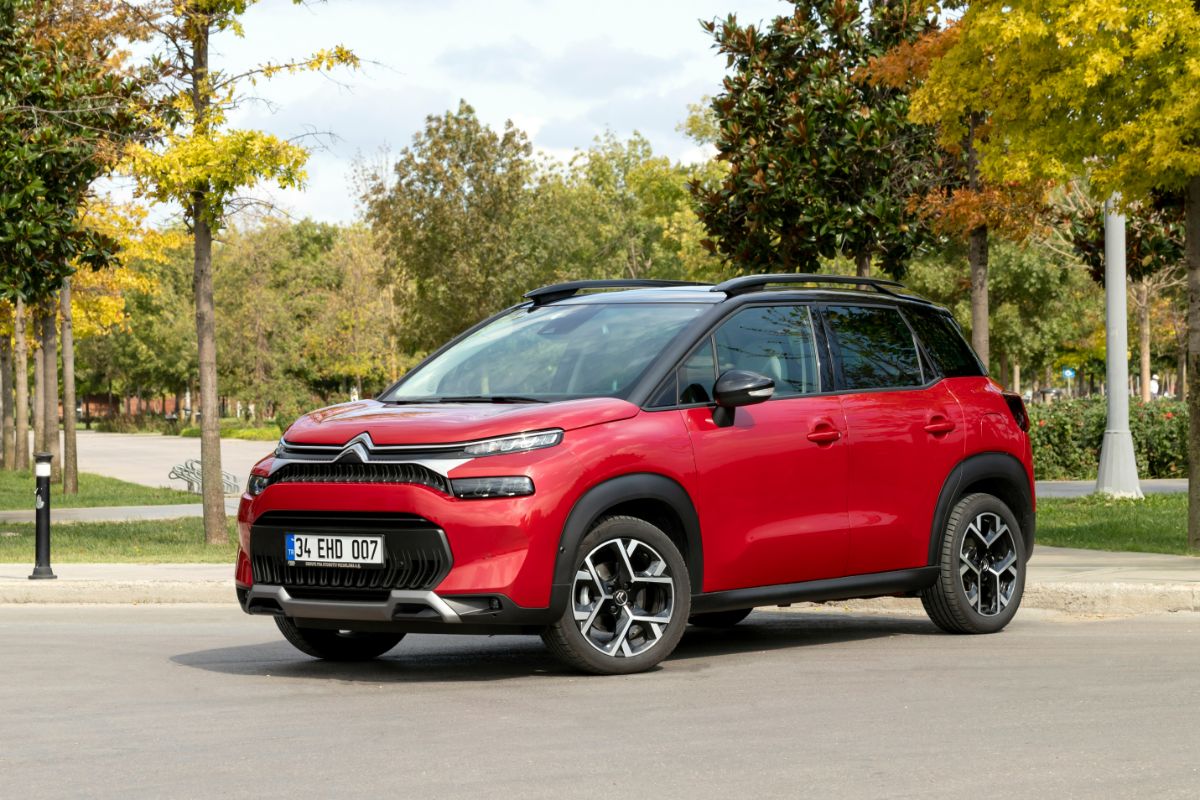 “Mini SUVs” are the smallest SUV size category. In Japan, SUVs under 3,400 mm (133.9 in)—such as the Mitsubishi Pajero Mini—are classified in the Kei automobile category and consequently incur lower taxes.

The majority of modern vehicles marketed as “mini SUVs” are in fact “subcompact crossovers,” as they are based on the chassis of a subcompact (also known as supermini or B-segment) passenger car.

After “small SUVs,” there is the next level up, the “compact SUV.”

Numerous newly produced cars marketed as “compact SUVs” are, in fact, “compact crossovers,” as they are based on the same basis as a passenger car that’s compact.

The “mid-size SUV” category includes the next size up. Some midsize SUVs qualify as crossovers since they are built on the same underpinnings as passenger cars. Other compact to mid-size SUVs are derived from pickups of the same size range. 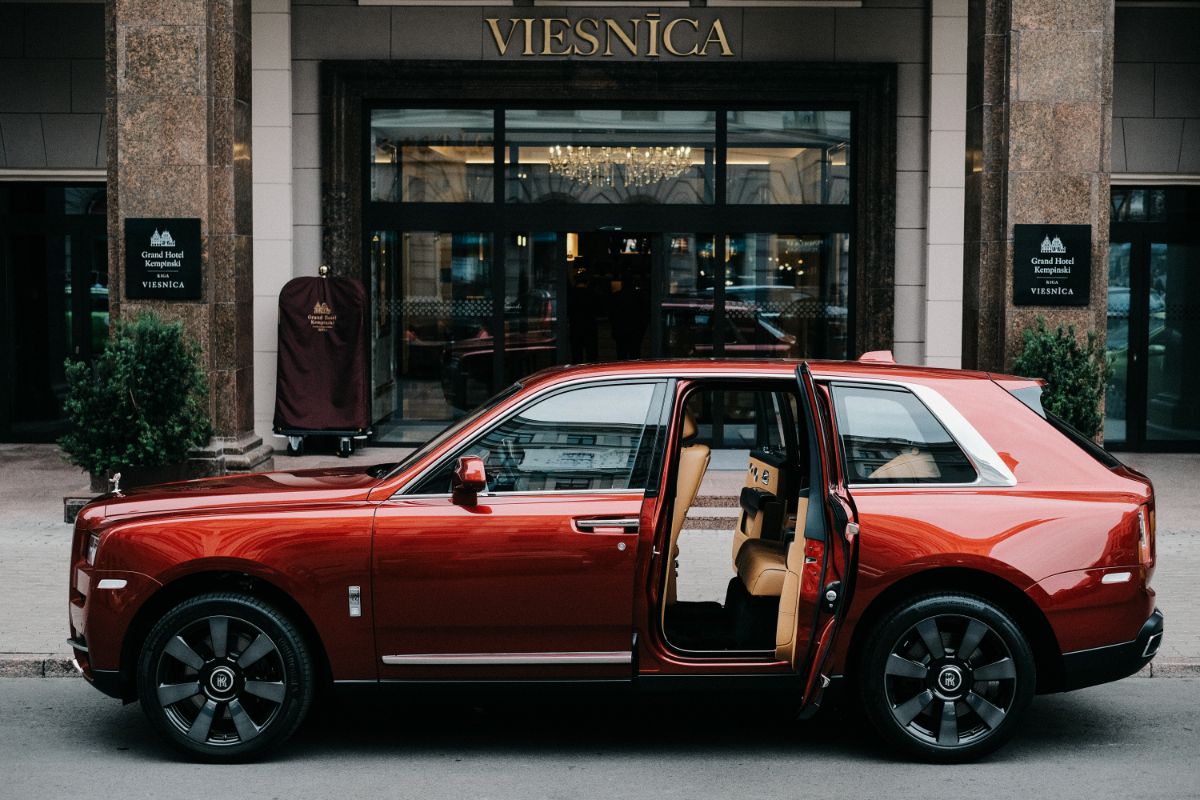 Largest among the SUV sizes typically manufactured, “full-size” SUVs are the most prevalent type of SUV. Some, like the Ford Expedition and Chevrolet Tahoe, are aimed squarely at off-roaders, while others, like the Lincoln Navigator, are positioned squarely in the luxury car market. The vast majority of full-size SUVs have a shared platform with full-size pickups, however, there is a small number that are based on specialized architecture.

Several SUVs sold in North America, such as the Chevrolet Suburban and the Ford Expedition EL, are offered in an “extended-length SUV” body style. To accommodate more people or things in the back, the vehicle was lengthened. Most long-wheelbase SUVs are constructed on specialized platforms, full-size pickups, or heavy-duty pickups, just like the full-size SUVs they mimic.

A sloping rear roofline is sometimes used to sell Crossovers & SUVs as “coupe crossover SUVs” and even “coupe SUVs,” even though these vehicles still have four doors for passenger entry and back hatches for freight.