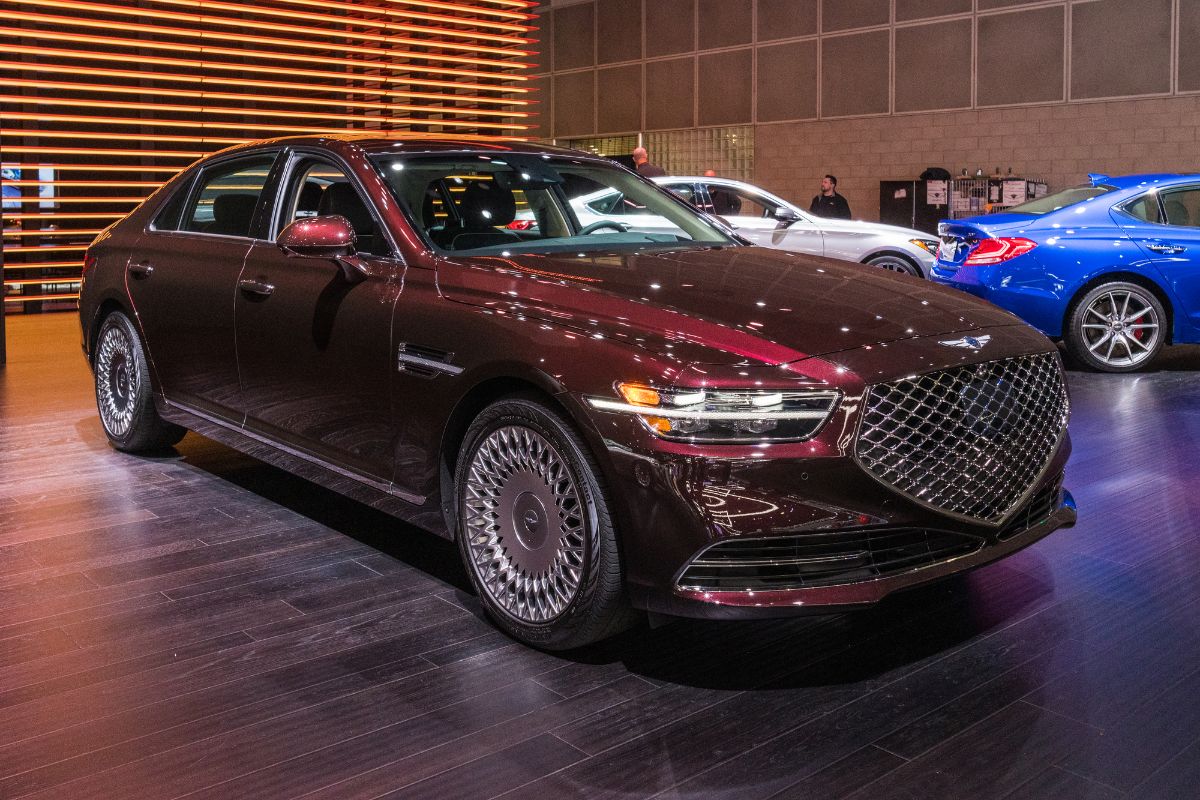 A flagship car is the best a company offers in its lineup. This list of sedans displays these top-tier automobiles.

From the Alfa Romeo Giulia to the Volvo S90 and several in between, I have listed cars similar to Genesis’ flagship, the G90.

My first reaction to this car is that it looks like a Lincoln got mixed up with a Bentley, and the result is gorgeous. The Genesis screams luxury from the diamond grille to the slightly reversed bustle.

Seeing a suited-up chauffer driving one would seem appropriate. However, Genesis outdid themselves with this model, and the G90 is a testament to artisanship, beauty, and technological advancement.

Powered by a gas-fueled 3.3-liter twin-turbo V6 producing 365 horsepower and 376-pound feet of torque, this big Genesis sedan can run from a dead stop to 60 miles per hour in 5.3 seconds.

The entrance price for 2022 is $74,950, putting it in the ballpark of most sedans on this list. In addition, the fuel mileage of the G90 is 16 city/ 23 highway and 18 combined miles per gallon, which is a bit less than other cars listed here.

The biggest rivals of the Genesis G90 would be the big seven series BMW, the Alfa Romeo, Giuliani, or the Porsche Panamera 4S Turismo, its biggest power plant, and all-wheel drive.

Speaking of all-wheel drive, it is available on most of the cars here as an option, and a couple of models have it standard. In some instances, it will enhance the vehicle’s performance. However, that is usually at a few miles per gallon less. 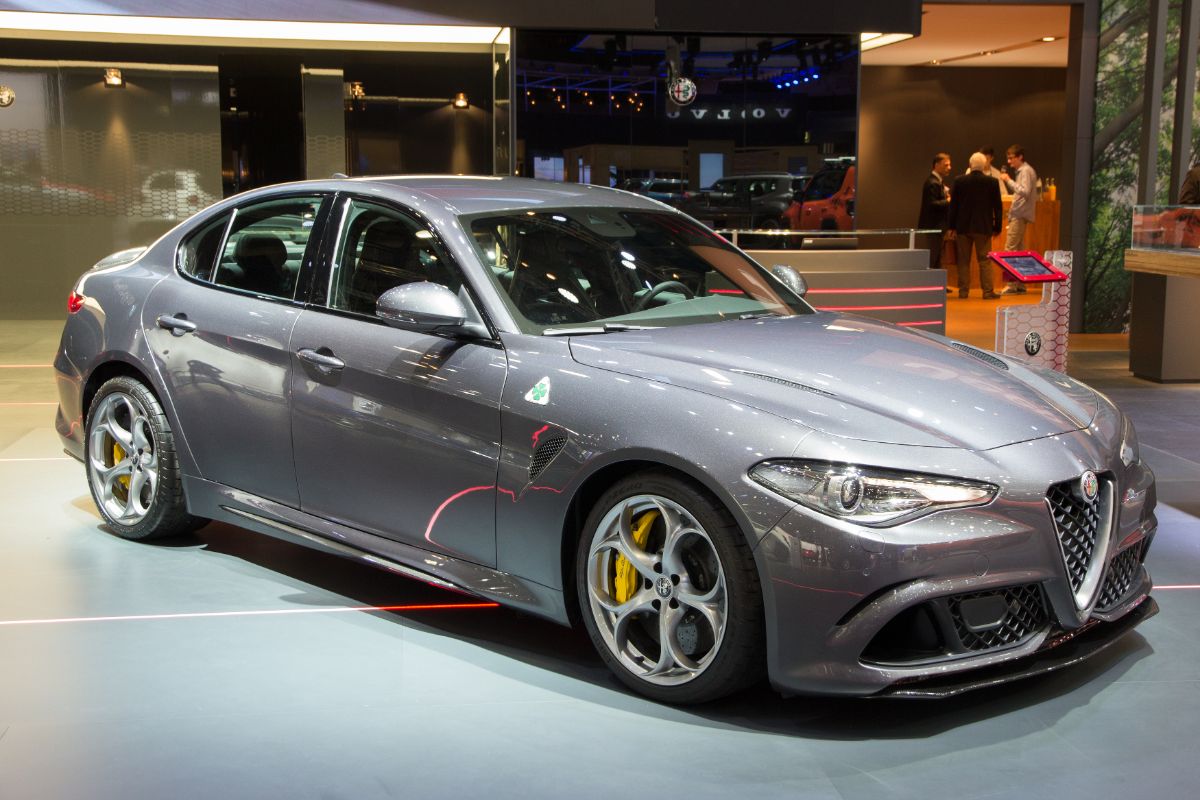 I love Italian cars. Their smell, their sound, the way they handle the road like they are on rails. The Alfa Romeo Giulia Quadrifoglio is the cream of Alfa’s crop, aside from the Romeo Stelvio, which is equally impressive.

Alfa Romeo has squeezed 505 horsepower from a 2.9-liter, twin-turbo, gas-fueled V6 that puts its power to the rear wheels through an eight-speed automatic transmission.

The result is a zero to 60 time of 3.9 seconds for a five-passenger sedan. Impressive! The luxury of Italian leather and a zero to 60 speed of 3.8 seconds comes at a cost.

The MSRP of the Alfa Romeo Giulia Quadrifoglio is $80,030. You get the aforementioned performance and fuel mileage of 17 city/ 25 highway/ and 25 combined miles per gallon for that price. 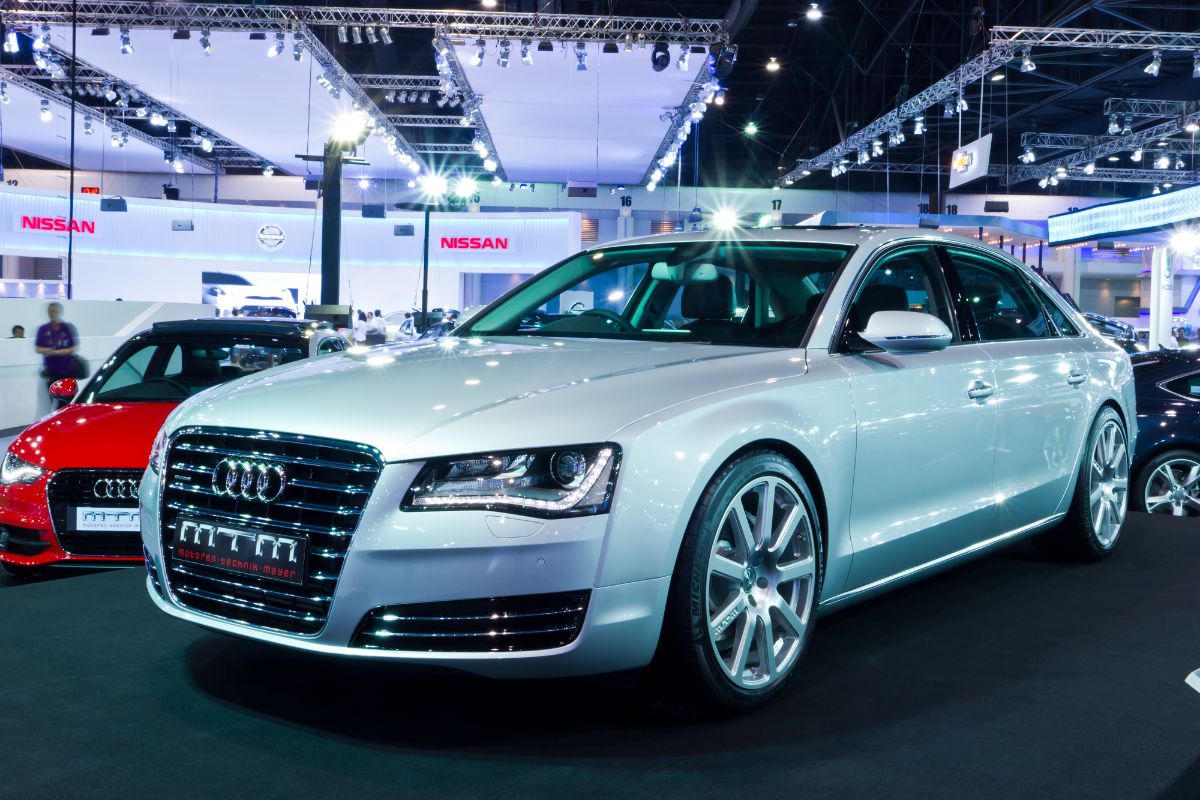 Some cars scream hey, look at me, look at me; not the Audi 8, however, which is the epitome of understated elegance. It’s big but not flashy, and you might not notice it if not for its size.

Interestingly, the Audi flagship is a hybrid with standard all-wheel drive. However, if you want to be pampered, add the luxury package. The base price of the Audi A8 is $86,500, keeping it in line with the other cars listed here.

The conventional internal combustion, gas-burning piece of the Audi A8 hybrid power system is a turbocharged, 3.0-liter V6 that produces 335 horsepower and 369-pound feet of torque. But wait, because that’s not all.

When mated to its 48-volt electric motors, they have 449 horsepower and 516-pound feet of torque. Power from this setup will propel the Audi A8 from zero to 60 in 5.3 seconds.

Fuel mileage estimates for the A8 are 19 city/ 28 highway and 22 miles per gallon combined, which aren’t bad numbers for a five-passenger sedan that weighs almost two and a half tons. 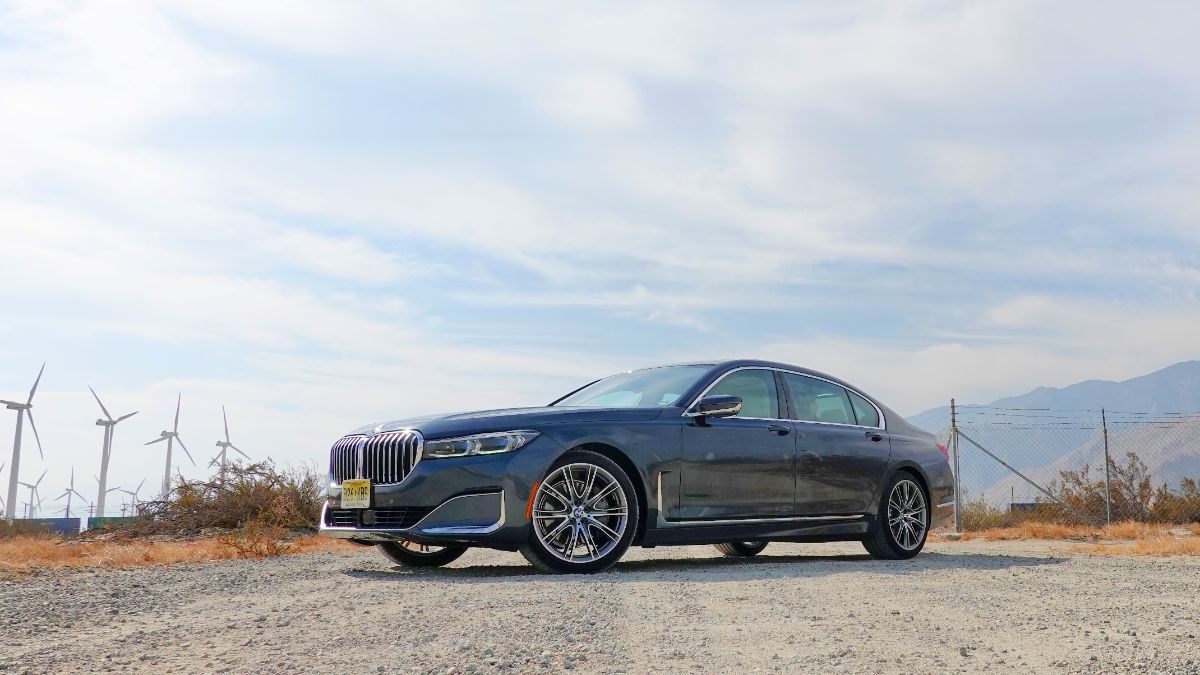 The BMW seven series are the culmination of 45 years of development. Yet, it still beats the competition in comfort, performance, and driving pleasure. The BMW 740i Sedan is BMW’s base model Seven series.

Powered by BMW’s venerable 3.0-liter inline six-cylinder, fitted with twin turbochargers, it has more than enough horsepower to get your adrenaline pumping.

The standard six-cylinder engine of the BMW 740i delivers 335 horsepower. It connects to the rear wheels via an eight-speed transmission. Gas mileage for the 740i is 22 city/ 29 highway, which isn’t bad for a two and a half-ton sedan.

Considering it has the power to launch the 740i from zero to 60 in 5.3 seconds, which is ample acceleration for entering and exiting on-ramps, its not bad mileage. 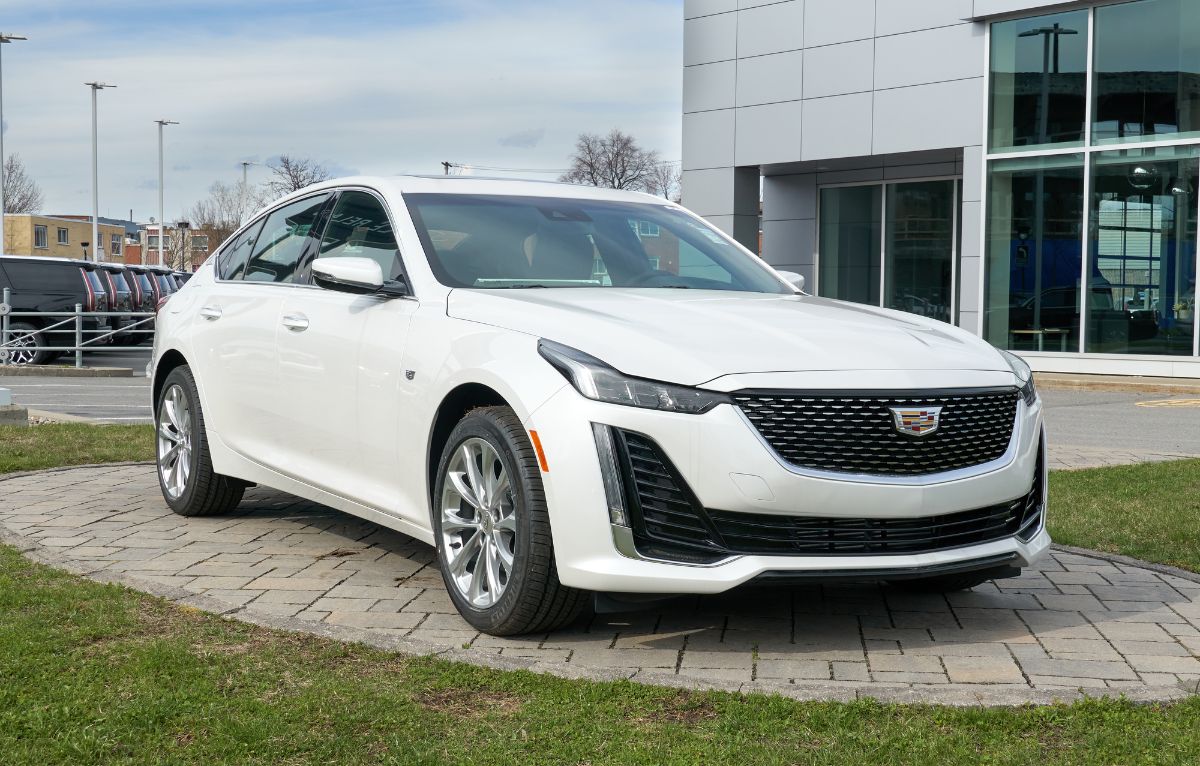 Cadillac once made big, lumbering sedans with a ride as soft as a marshmallow. When that era ended, they seemed to struggle with their place in the automobile world, and then came the STS models, the Northstar motors, and they evolved.

As a result, the CT4 and CT5 sedans are quick, agile, and have features that allow them to compete with Genesis, Lexus, and Infiniti. With features similar to the Genesis, the Cadillac CT5 V is not quite as big; however, its power plant is similar in size and output.

The CT5 V is equipped with a twin-turbo, gas-fueled 3.0 liter V6 that produces 360 horsepower and 405-pound feet of torque, which can propel this sedan from zero to 60 miles per hour 4.9 seconds.

This power is sent to the rear wheels via a 10-speed transmission. The gas mileage of the CT5 V is 18 city/ 27 highway and 21 miles per gallon combined. 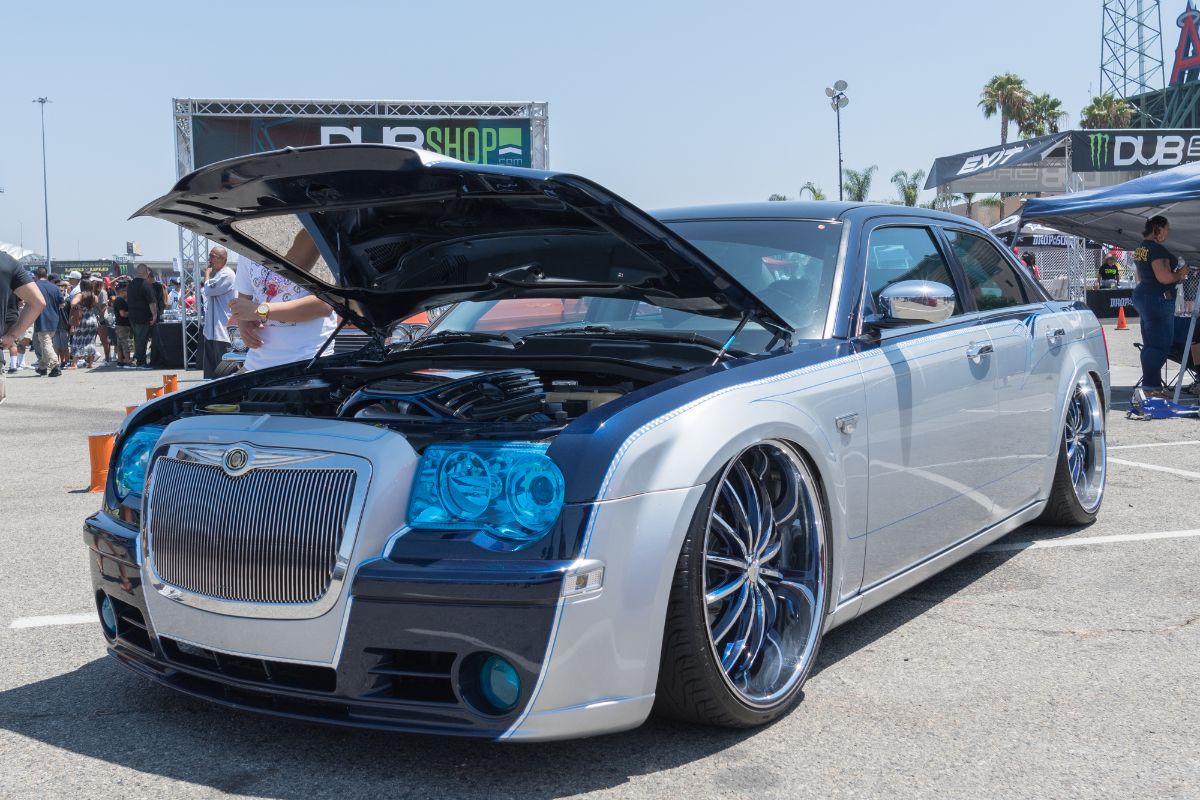 The Chrysler 300 has been around for quite a few years now. I remember it was the first car I rode in that talked back. It has weathered the years well and can still compete with the newcomers.

It isn’t similar to Genesis in its base form, except they are both sedans. The base 3.6-liter 292 horsepower V6, although adequate, can’t compete against the power of the other cars on this list.

However, when wearing its S badging and equipped with a V8 Hemi, the Chrysler 300 becomes another beasty. The gas-fueled Hemi of the 300S V8 displaces 5.7 liters, produces 363 horsepower, and 394-pound feet of torque.

With that kind of power, the Chrysler 300S can run from zero to 60 in 5.3 seconds, which is comparable to the performance of other sedans listed. Fuel mileage is 18 city/27 highway and 21 combined miles per gallon for the Chrysler 300S V8. 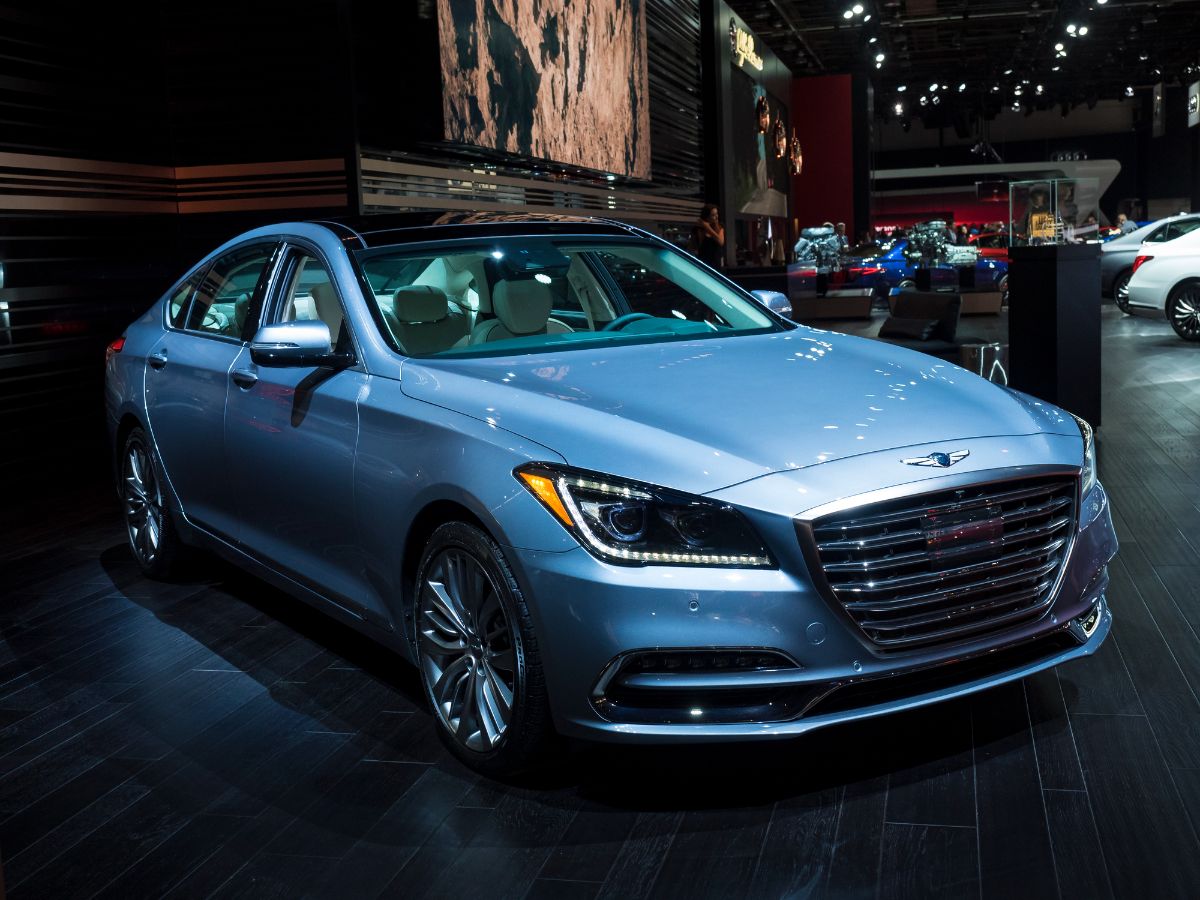 The G90 looks Bentley-esque; however, the G80 does more so. This car is sexy, and one’s eye will grab its lines and run down its length from slit headlights on.

Although the G90 is a higher-priced car, the G80 is beautiful, and the fact it is priced less than its sibling would likely lead me in its direction, even if money were not a factor.

The base Genesis G80 2.5T RWD is powered by a 2.5 liter, gas-fueled, turbocharged engine. It’s excellent power; however, for comparison’s sake, the model most similar to its bigger sibling is the G80 3.5T Sport AWD.

The fuel mileage of the Genesis G80 is a little slower than the other cars here. That may be because it has all-wheel drive, which has become a standard feature when opting for the V6 engine. 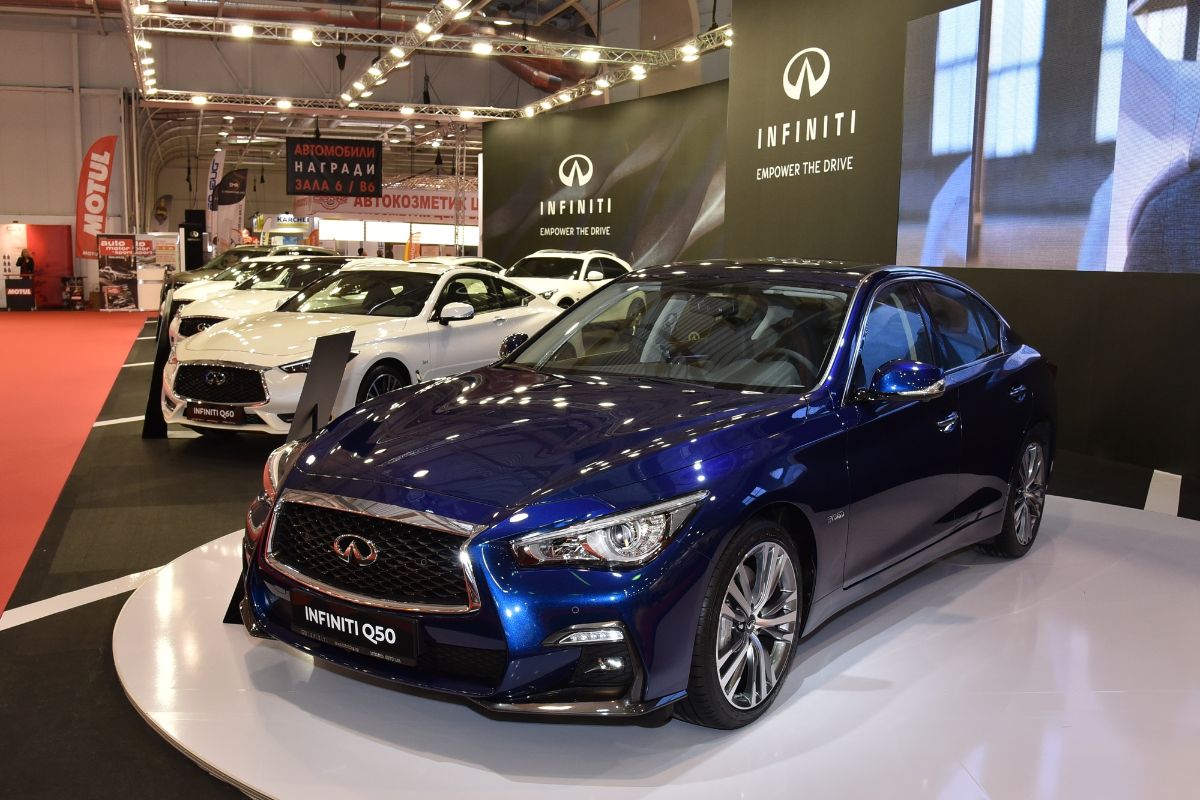 Not as expensive, not quite as big; however, the Infiniti Q50 has been with us for many years. Although the Q50 Luxe can hold its own in this group, the Q50 Red Sport is close to price and accomplishments.

The Q50 Red wrings 100 more horsepower and 55-pound feet of torque from the same 3.0-liter gas V6 by tweaking the cooling system of the turbos. Cool, huh? The result is a remarkable zero to 60 time of 4.5 seconds, putting it closer to the Alfa Romeo Giulia than any other car here.

Like all of the cars in this grouping, a five-seater, the Infiniti is showing its age. However, it retains the reliability that has defined Infiniti.

What levels the playing field is the price of the Q50, which is $59,950 for the Red Sport 400, putting it thousands of dollars below the cost of the more newly developed cars listed here.

In addition, fuel mileage is in line with the other cars here, and the Q50 returns 20 city/ 29 highway and 23 combined miles per hour. 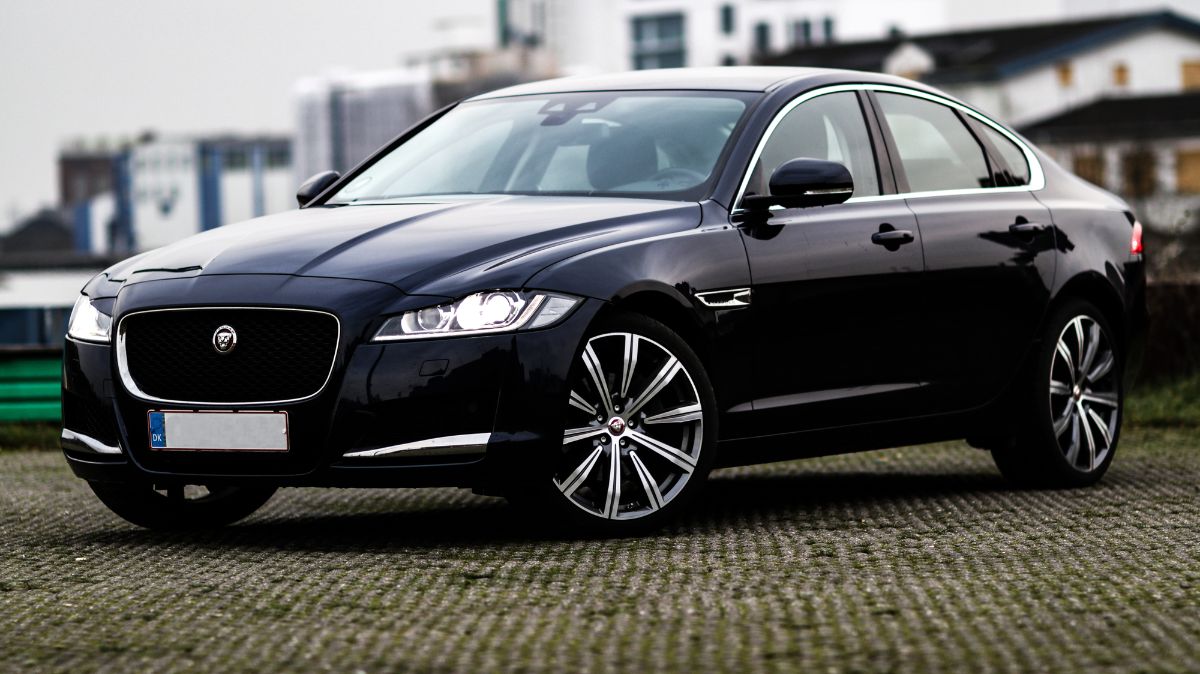 Not everyone is familiar with the Genesis, but they are with the Jaguar. Although they no longer have a convertible in their stable, they still have a fine example of what a luxury sedan should be.

There are three Jaguars similar to the Genesis G90 in price and performance. However, only Jaguar XF R-Dynamic SE is most like the G90.

Although it is equipped with all-wheel drive, its zero to 60 mile per hour time is 5.8 seconds, and it does that with a price that is almost $20,000 less than the Genesis.

So you get a five-passenger sedan with a supple leather interior and a gas, 2.0-liter turbocharged, inline-four, for considerably less than the price of a Genesis.

It produces 296 horsepower and works for this car because it weighs almost 1500 pounds less than the Genesis. Mileage for the Jaguar is one of the highest of any car here, with a city mpg of 22/ and 30 highway miles per gallon. 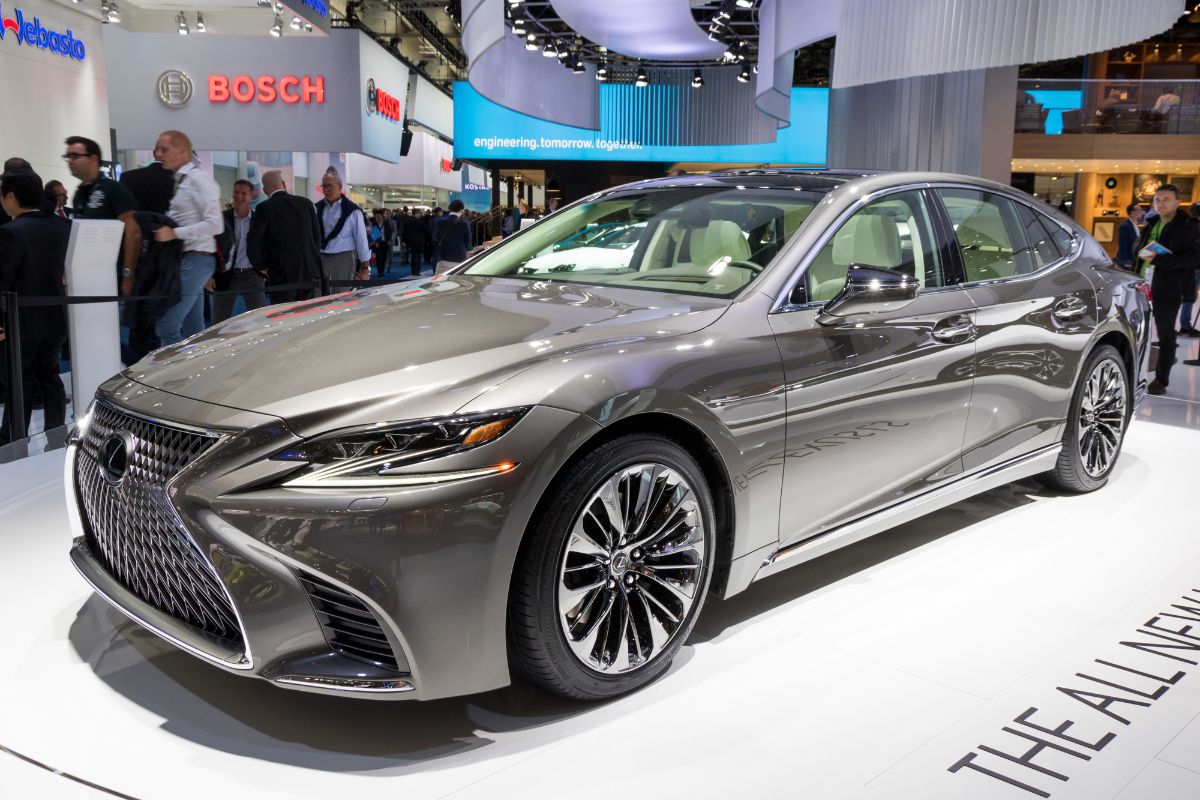 Although it’s been around awhile, the Lexus LS has remained fresh. On the cutting edge of development, and in its fifth generation of build, it has aged well, and technologically the Lexus LS500 hasn’t stagnated.

The mileage for such a powerful car is 29 highway with a combined city-highway mileage of 22 miles per gallon. But, again, these are numbers in keeping with other cars similar to the Genesis G90. 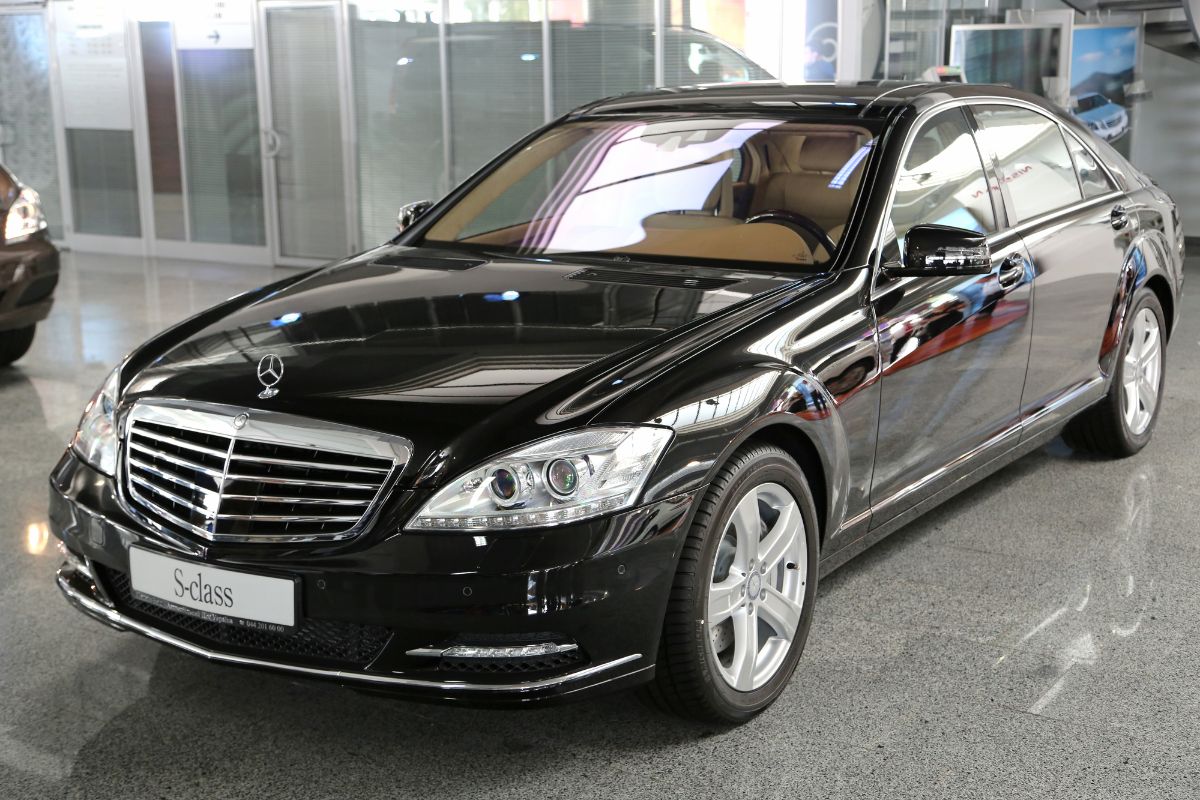 Mercedes has been the marque to beat for decades, and the Genesis G90 may very well have the stuff to give it a run for its money at a lesser price.

Powered by gas, an inline six-cylinder, turbocharged engine that develops 429 horsepower, the Mercedes is not the most powerful in the pack, but it’s close.

Turning a zero to 60-time of 4.6 seconds is also quicker than a few sedans. However, with a base price of $111,000, you can buy a Genesis and a half for the same price. It gets 21 miles per gallon city and 30 highway as far as mileage goes. 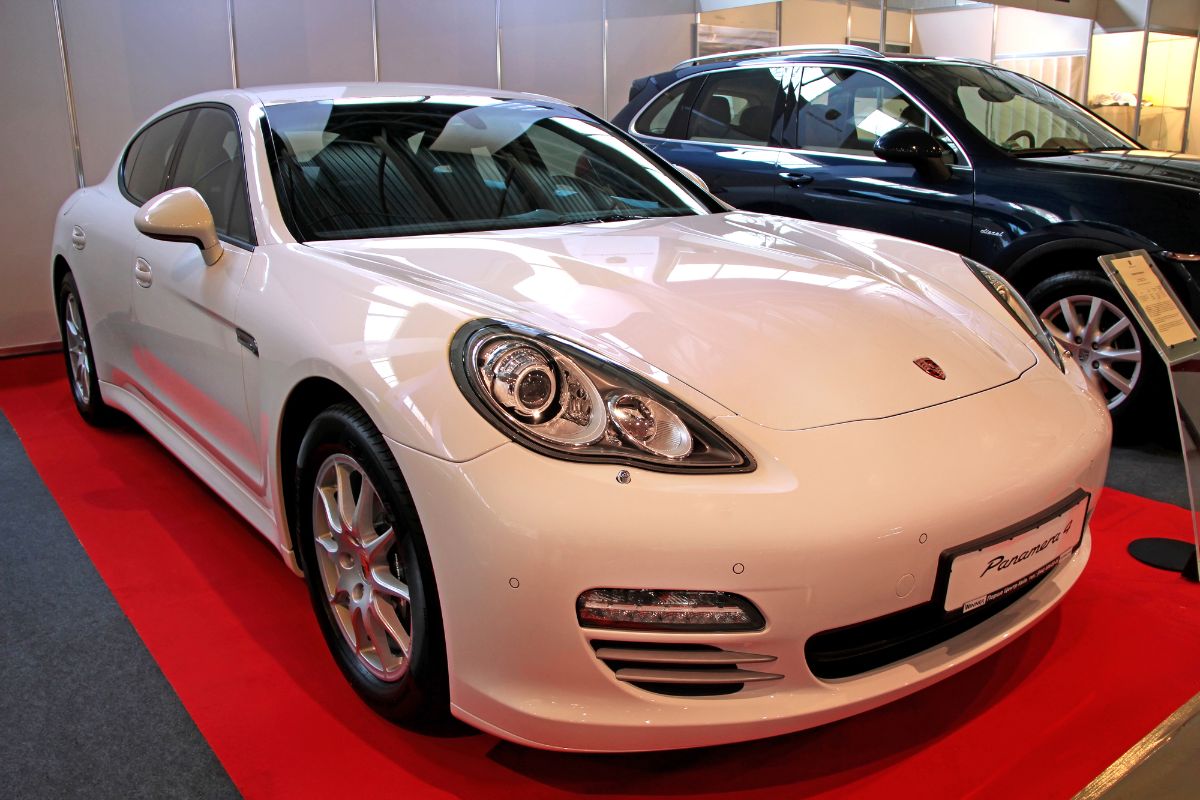 Porsche didn’t make a reputation with sedans, as many others have. However, when they finally made one, they made one of the best, and it is as beautifully crafted as their sports cars and as powerful.

Powered by a twin-turbo, 3 liter V6 that produces 325 horsepower and 331-pound feet of torque, it knows how to play in the venue of the big sedan.

Fuel estimates for this car are so fresh not even Porsche has them listed, but they do show a price of $88,400 and a zero to 60 time of 5.3 seconds. Of course, it is as fast as almost any car here, but hey, it’s a Porsche. 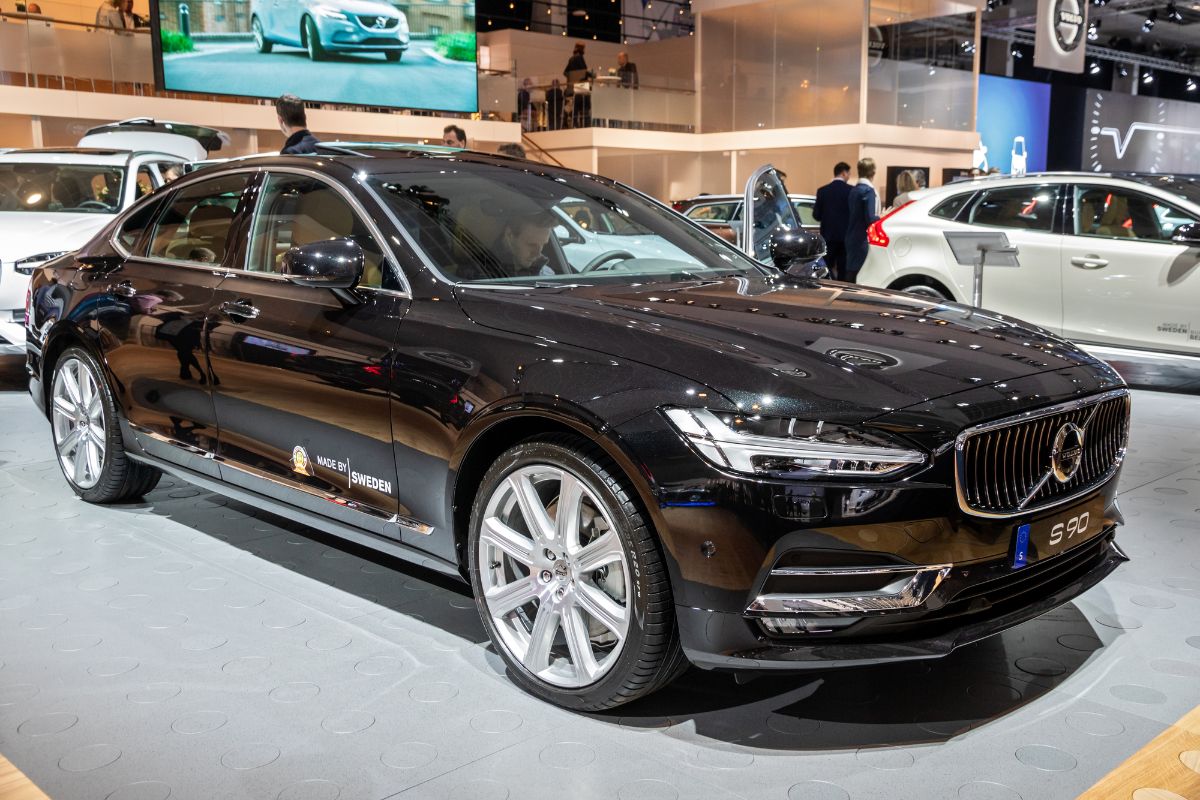 Also, Volvo has been making large sedans that cradle their passengers in comfort. But, unfortunately, the Volvo S90 can’t compare directly with the other cars.

It uses a hybrid drive system instead of an internal combustion engine alone. By pairing a 2.0-liter four-cylinder engine that is both turbo and supercharged with a 48-volt hybrid system, the drive system of the Volvo S90 produces 295 horsepower.