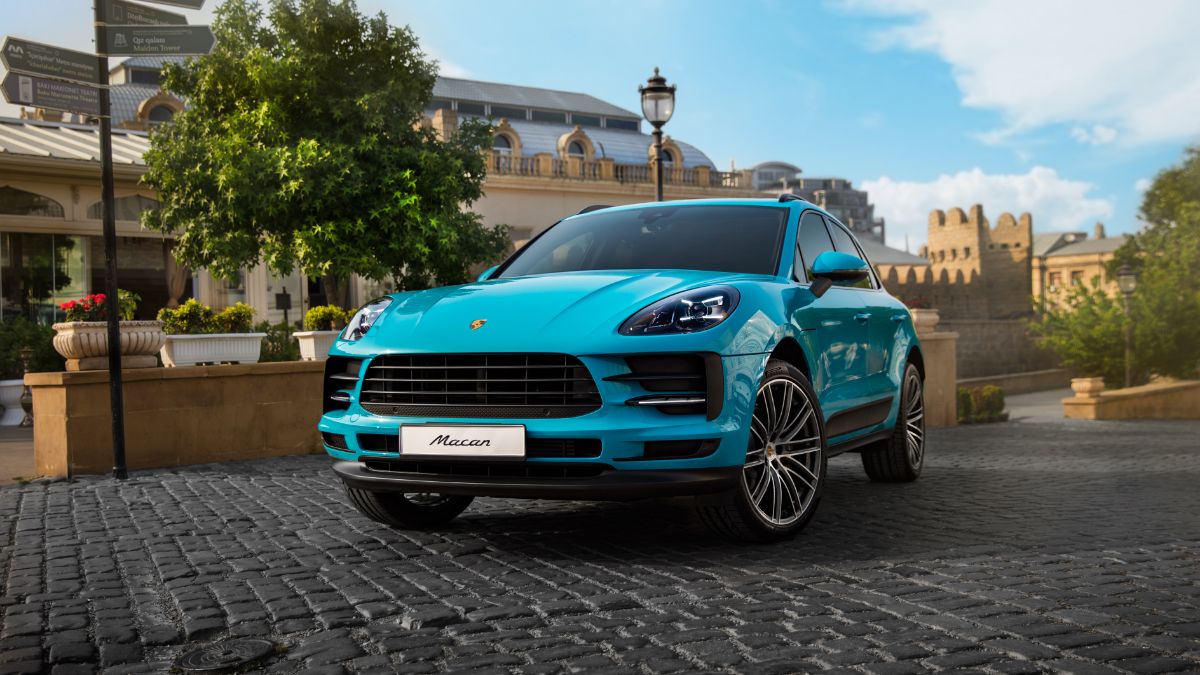 While shopping for a luxury crossover SUV, you might decide the Porsche Macan provides the perfect blend of a hatchback, hauling power, and family car.

Essentially looking like a cross between a Dodge Omni and a Subaru Outback, the Macan comes in four trims – the base model, T, S, and GTS.

Originally known for its sports cars, Porsche has diversified in recent years. Its luxury SUV line illustrates that, but it focuses the SUVs on appearance, standard features, and performance. While it can take you off-road, Macan’s design lends itself to urban exploration.

It offers the cargo space needed for grocery shopping for a family of four, offering 17.2 cubic feet of space, similar to a Jaguar F-Pace S. It seats five, like the Audi SQ5 Prestige and Mercedes-Benz AMG GLC 43 Coupe.

The line of Porsche SUVs does nothing to improve the gas mileage of its drivers, since it earns a combined 20 mpg; that’s 18 mpg in the city and 23 mpg on the highway.

You also miss the power of a Porsche sports car since this SUV tops out at 144 mph and takes six seconds to go from 0 to 60 mph. You’ll pay less for the Porsche Macan since it starts at $54,900 and all of its closest competitors cost at least $3,000 more.

While we’re certain no one ever envisioned Porsche manufacturing a “budget” vehicle, the venerable manufacturer managed it with the base model Macan. If you go outside of its closest competition though, you can pick up a Lexus UX 200 Luxury for just under $40,000.

Despite costing less than competitors, the Macan comes fully loaded with safety features.

These include full-sized airbags throughout, reinforced side beams in the doors, and numerous driver assistance features, such as Front and Rear ParkAssist with a reversing camera, Lane Departure Warning (LDW), Porsche Hill Control (PHC), Porsche Entry and Drive, auto-dimming interior and exterior mirrors plus, cruise control to make every trip easier and more fuel-efficient.

Despite loving the Macan, you might not find it available locally. If you want to buy an SUV today instead of having one shipped or needing to travel to pick up a car, you can shop for an alternative vehicle among the Macan’s competitors.

Here’s a quick list of our favorites, starting with our top three, then providing the runners-ups. 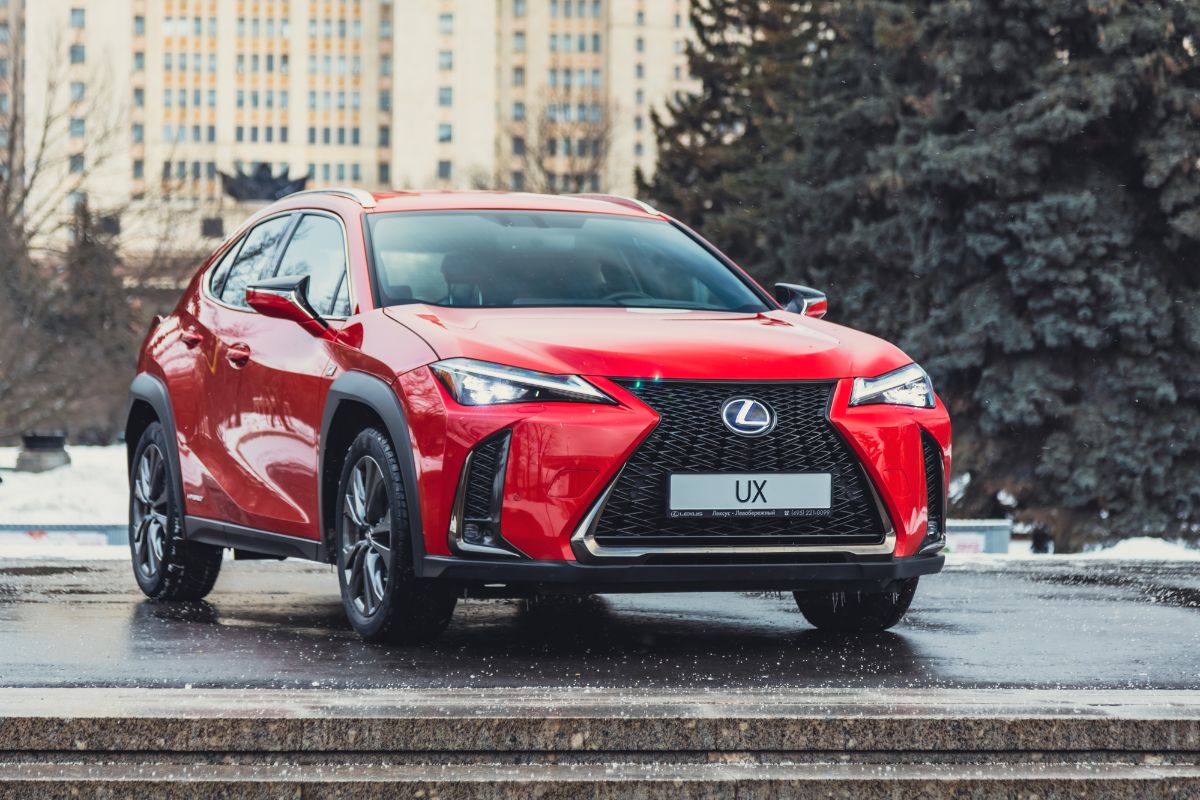 You can still seat five and have 17.1 cubic feet of cargo space for groceries and sundries. The UX 200 Luxury also comes replete with safety features like airbags galore and six driver assistants standard.

You can fold down the rear seat to carve out more storage space for longer items. It isn’t meant for hauling huge loads or lumber.

Business Insider calls the 200 UX Luxury “quirky and fun,” which might not be what you intended to obtain in your SUV shopping, but for the modern urban explorer, this Lexus offers an ideal mashup between sports car and SUV.

While Lexus earned a reputation as dour, offering tan, champagne, and other staid colors traditionally, you can nab this Lexus vivid colors, including Grecian Water Blue, Caviar Black, and Cadmium Orange.

Fuel Efficiency: 29 mpg in the city/32 mpg on the highway 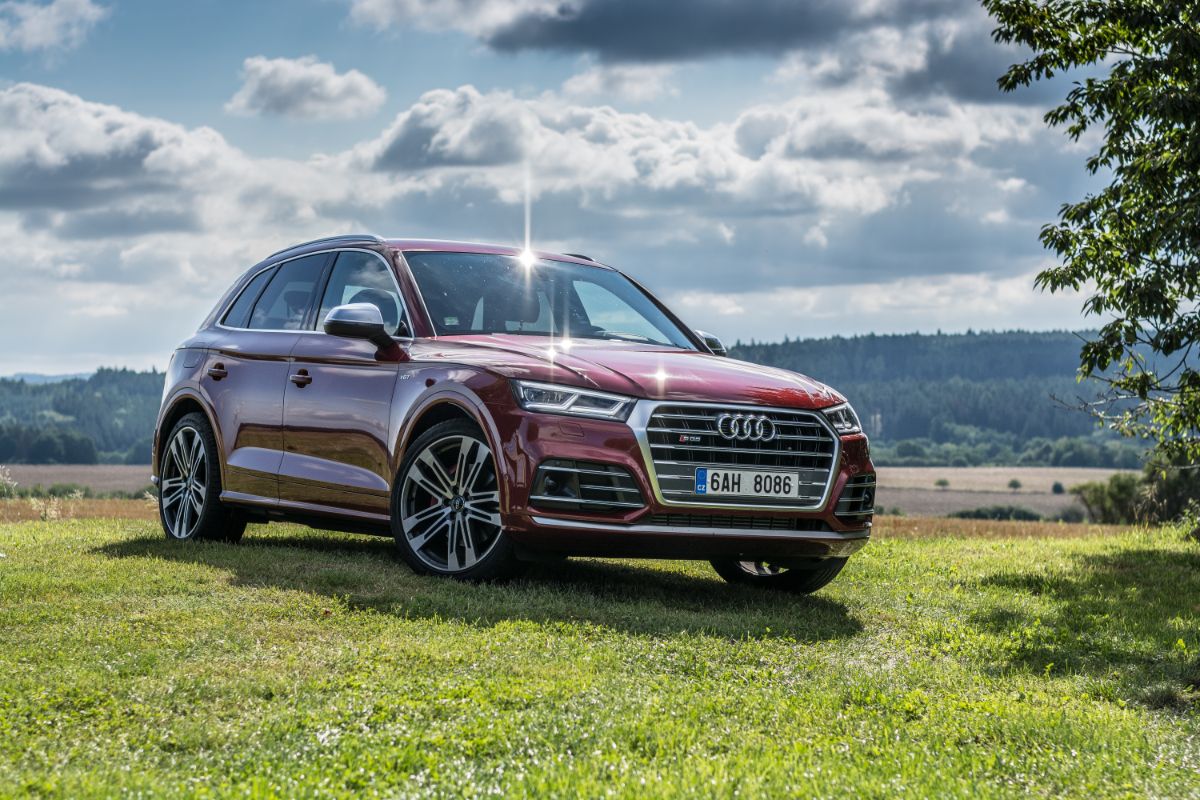 There’s a cost jump in the next alternative to the Macan because this Audi starts at $57,300. It offers nearly twin gas mileage, but with a bigger engine that produces more horsepower and torque. You can haul 4,400 pounds with it and go off-road when needed.

These two lookalikes even share similar grills and wheels, so if you love the looks of the Macan, you’ll probably also adore the Audi SQ5 Premium Plus.

They’re shaped the same, but you get a bit more cargo volume with the Audi – 25.6 cubic feet without altering the seats.

The Audi SQ5 Premium Plus and Porsche Macan do a lot of twinning with similar body styles, cargo space, and seating. The Audi comes in eight colors with anything yellow, orange, or red oddly missing.

Its exterior comes in blue or green, white, gray, or black. If you want jaunty colors, choose the green or go with the Lexus.

The German vehicle maker does offer some interior customizations to make this already premium vehicle even more luxurious, like a Nappa leather seat package and a safety package that adds a slew of features, including Audi Virtual Cockpit.

Fuel Efficiency: 19 mpg in the city/24 mpg on the highway 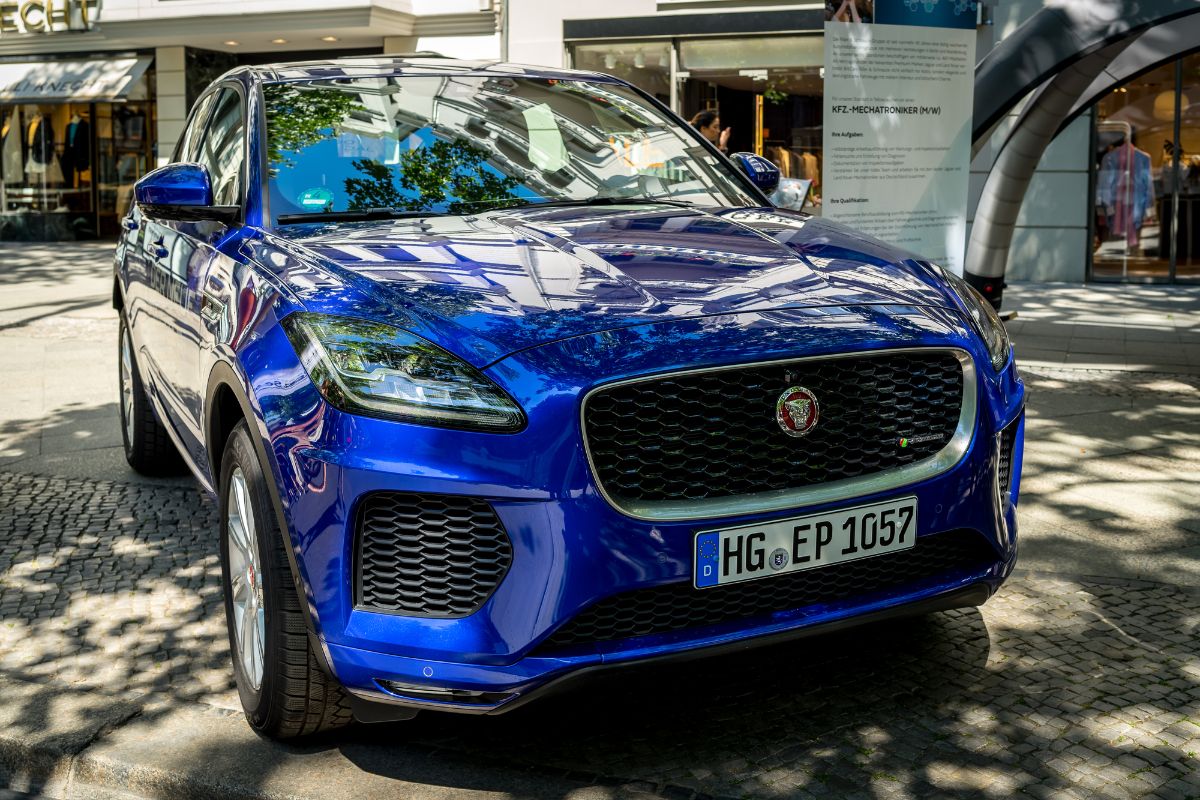 Of course, good ole Jaguar has an entry here, since it has long competed with Porsche. Starting at $62,100, the Jag costs quite a bit more, but it retains its own identity. Rather than twinning the Macan, it blends a crossover SUV with classic Jag sedan style.

The resulting vehicle earns the same fuel efficiency as the Macan but offers much more power. Its standard turbocharged 2.0-liter four-cylinder engine provides 380 horses and 332-pound feet of torque. You can zip along in the F-Pace S.

Both vehicles fall into the same class of small crossover SUVs. They’re both luxury vehicles, focusing on premium features and providing owners with a lot of standard features that other vehicle manufacturers consider added features.

While they’re roughly the same size, the Jag does more with the space, which probably makes some car lovers laugh, since Jag earned a reputation for cramped rides long ago. They’re working their way out of that though.

This Jaguar provides greater cargo space than any of the other models discussed so far. Enjoy a massive 52.7 cubic feet of cargo space when you fold down the rear seat.

The rear seatbacks fold in a 40/20.40 split to offer space to transport 22 carry-on suitcases. Its infotainment center features an 11.4-inch touchscreen with curved glass.

Fuel Efficiency: 20 mpg in the city/27 mpg on the highway

Runners Up to the Top Three

Our top three vehicle alternatives to the Porsche Macan aren’t the only game in town. You might also consider these alternatives. 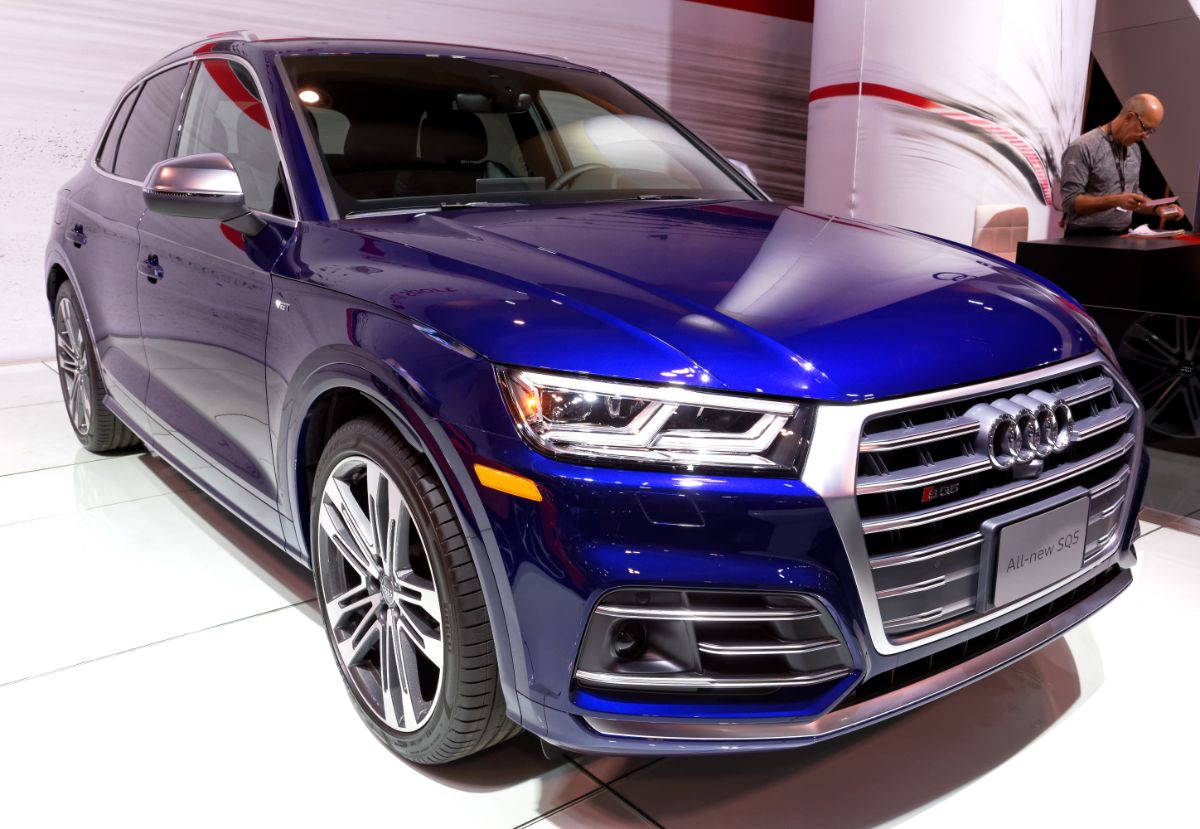 Yes, Audi landed a second mention because the automaker outdid itself with the SQ5. When you buy this German-made crossover SUV, you’re not looking for fuel efficiency, but for comfort, luxury, and hauling capabilities.

Like the Macan, the Prestige earns a combined 20 mpg, so you’ll spend a lot of time filling up at the pump. It outdoes the Macan at every other turn though. Although it looks more like a sedan, you can still go off-road.

You’ll pay a base price of $62,500 and still seat five, but you will increase your storage capacity to 53.5 cubic feet. You gain engine power since it comes with a 3-liter V-6 engine. The standard engine puts out 349 hp.

With a top speed of 155 mph, you get a punchy response from this crossover. Without folding any seats, the cargo space of 25.6 cubic feet can hold about 10 carry-on suitcases. 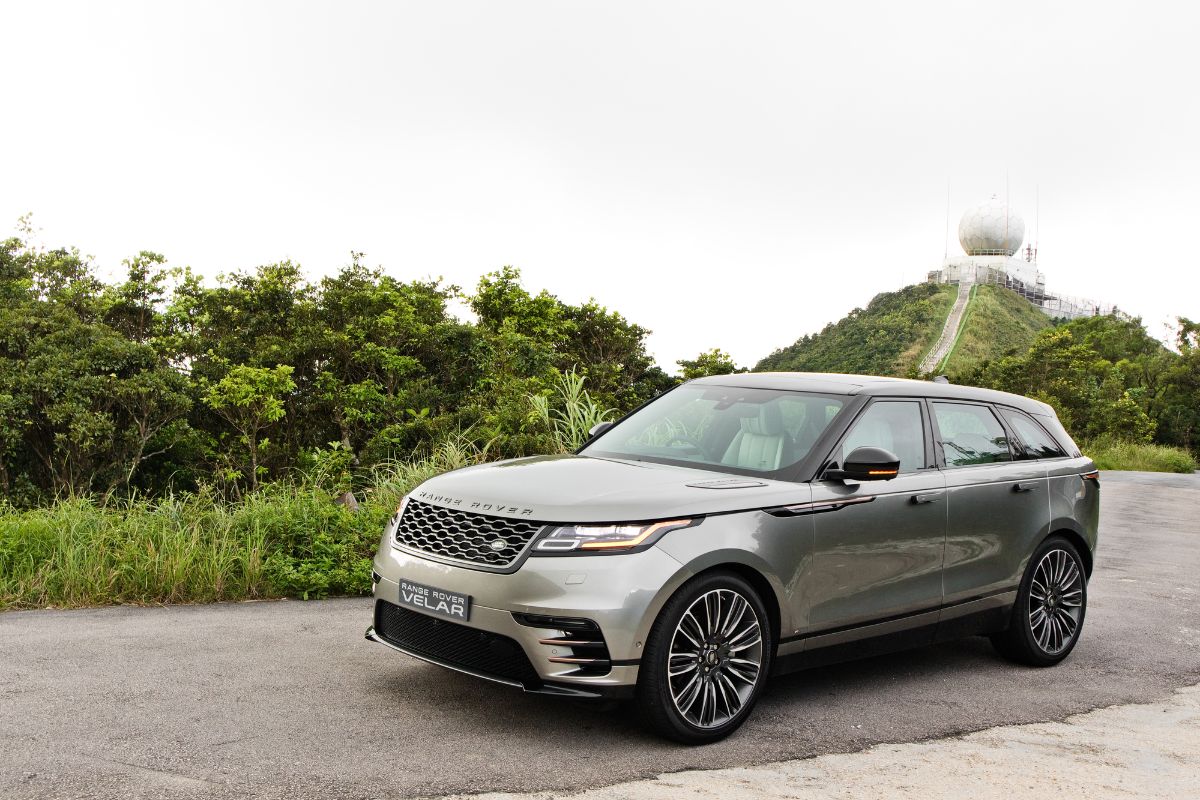 The Range Rover Velar offers a larger, but still compact, crossover SUV to the Macan. At a starting price of $57,200 and a combined fuel efficiency of 23 mpg, you’ll spend a little more, but get more out of your purchase.

It offers slightly better gas mileage of 21 mpg in the city and 27 mpg on the highway. The standard 2.0-liter four-cylinder engine produces 247 horsepower and a torque of 269-pound feet.

Another plus is your SUV still seats five and this vehicle can tow up to 5,291 pounds. 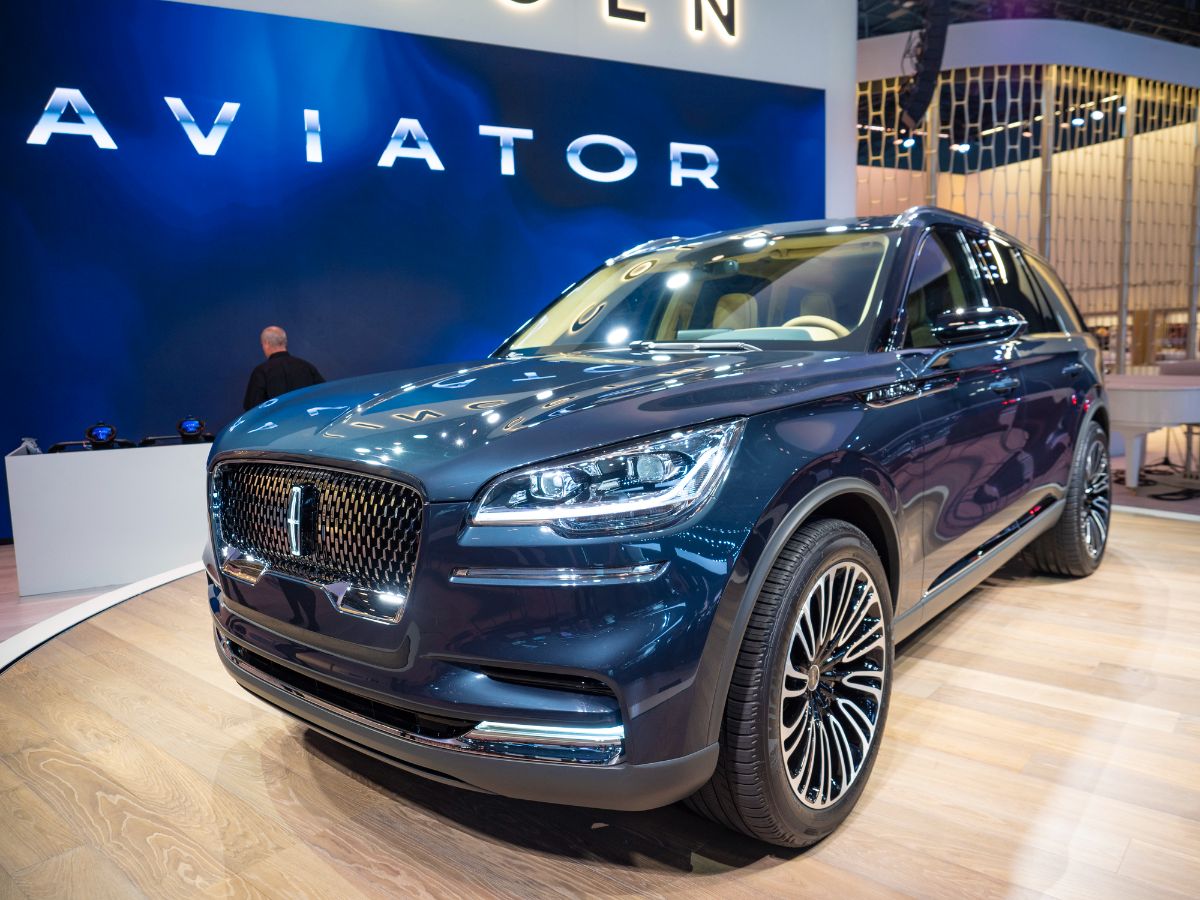 Starting at a base price of $59,450, the Lincoln Aviator Reserve provides a longer body that seats seven instead of a mere five. Your kids can bring their friends along in this crossover SUV.

You’ll also haul whatever you need in its massive cargo bay that expands by folding seats to a whopping 77.7 cubic feet. It earns the same mileage as the Macan but increases all of the power. The SUV comes with a 3.0-liter V6 standard that generates 349 horsepower.