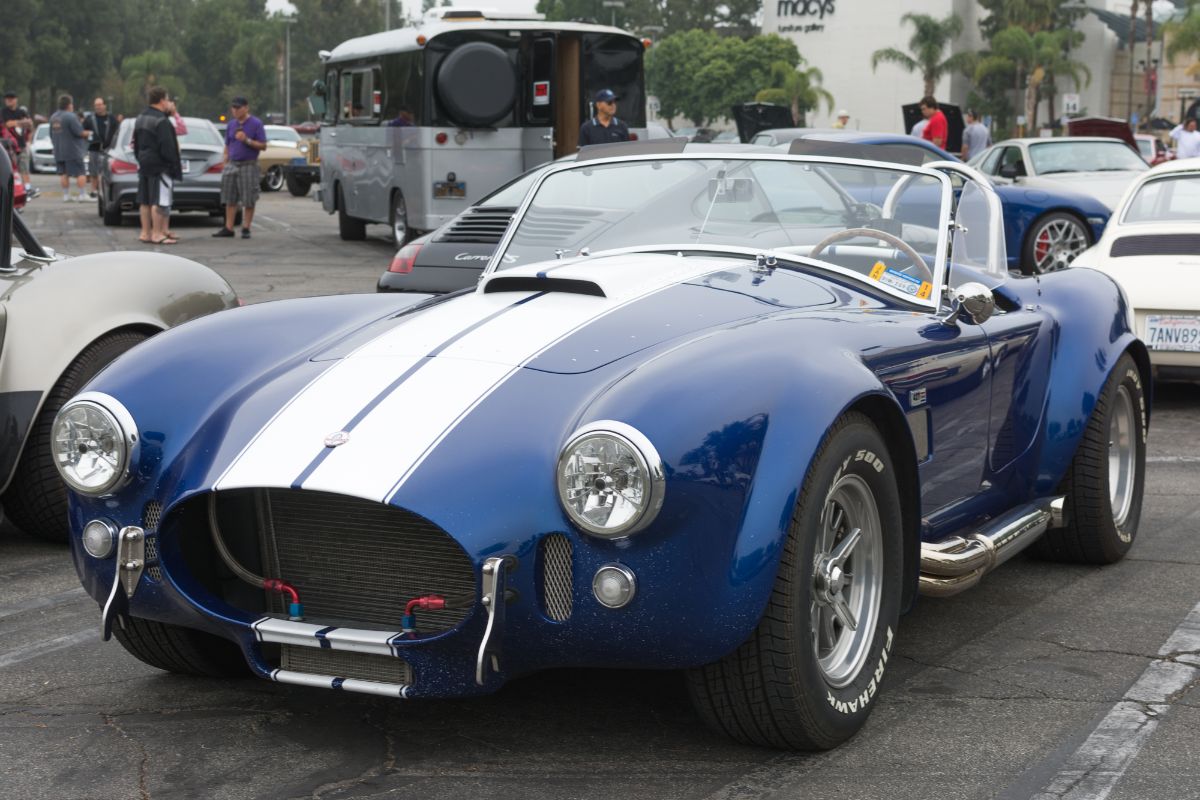 As any car enthusiast would tell you, Caroll Shelby is a legendary name. The native Texan was not only a race car driver, but he also designed high-performance vehicles.

One of the most well-known is the AC Cobra, or Shelby Cobra as it was known in the US. Since 1962, it has been one of the hottest and most sought-after sports cars on the market. That doesn’t seem to be changing any time soon, either.

In the six decades since the Cobra started tearing up the roads, it has only gone up in value. Unlike most cars that start depreciating as soon as they’re driven off the lot, this Shelby original was built to last.

It’s not unlikely to see one on sale for $1.5 million or as high as $6 million. That’s quite an enduring love, given the fact that when it was first introduced to the public, the price was $7,500 or around $70,000 in today’s money.

Now, whether it’s someone who told his partner that he would sell the car with no realistic expectation of selling it for that much, we can’t be sure. What we do know is the Shelby Cobra is a masterpiece vehicle.

If you ever get the chance to take one for a spin, bring your bestie because there’s only room for two. You probably wouldn’t want to drive it too much, however, since it only gets about 16 miles per gallon of gas. Although to be fair, that’s pretty typical for a car of this caliber from this era.

If you’re in the market for a classic sports car, we’ve got a list you might find interest in that is comparable. Taking into account pricing and specs, our top picks are Ford’s Boss Mustang, Astin Martin’s DB5, and the Sunbeam Alpine. 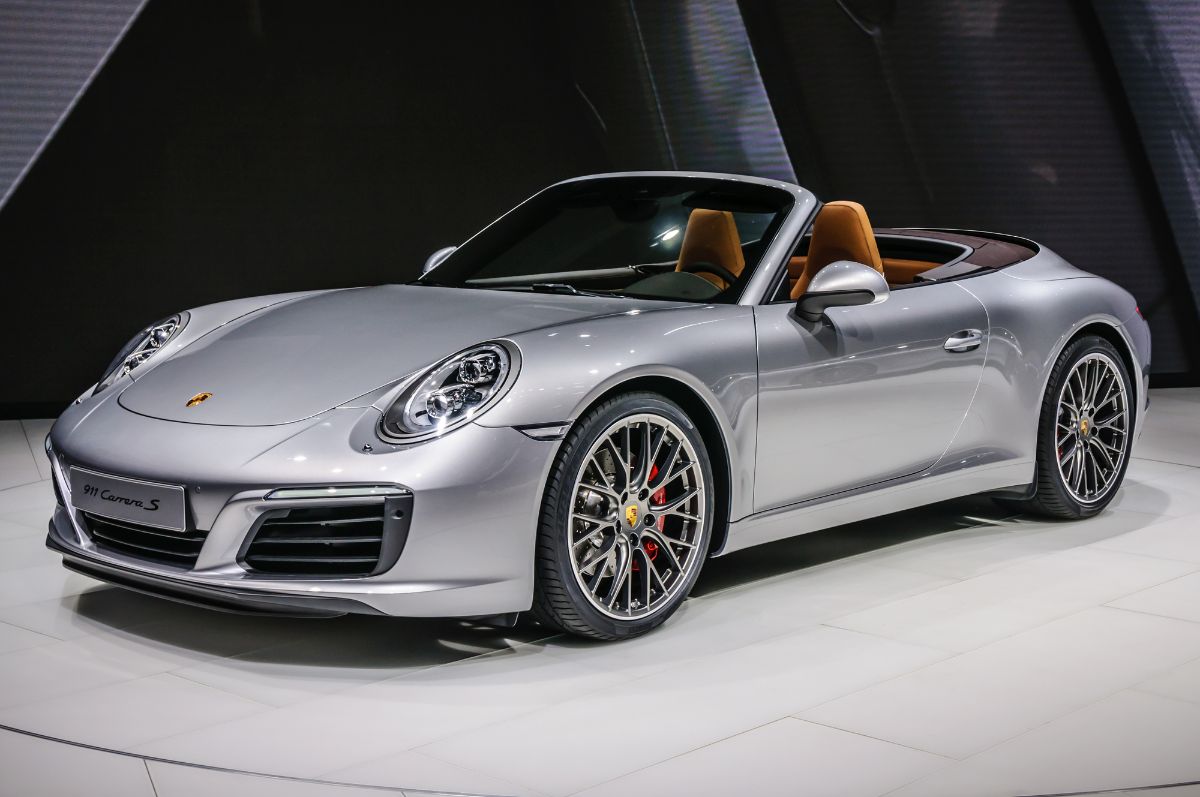 Ring the alarm, it’s an emergency. There’s a fire on the road in the form of a 911 by Porsche. A modern version of a curb-hugging two-seater can be picked up for $101,200.

This sports car comes with up to 640 hp, which helps it get to a top speed of 182 mph. The mpg is about what you could imagine for this type of car, with 18 miles in the city and 25 on the highway.

If you’re claustrophobic, you might consider the convertible because it’s a squeeze inside. Not that you’d be focusing on the view as much as you’d be listening to the engine purr. The compactness to maximize speed is surely inherited from the Cobra. 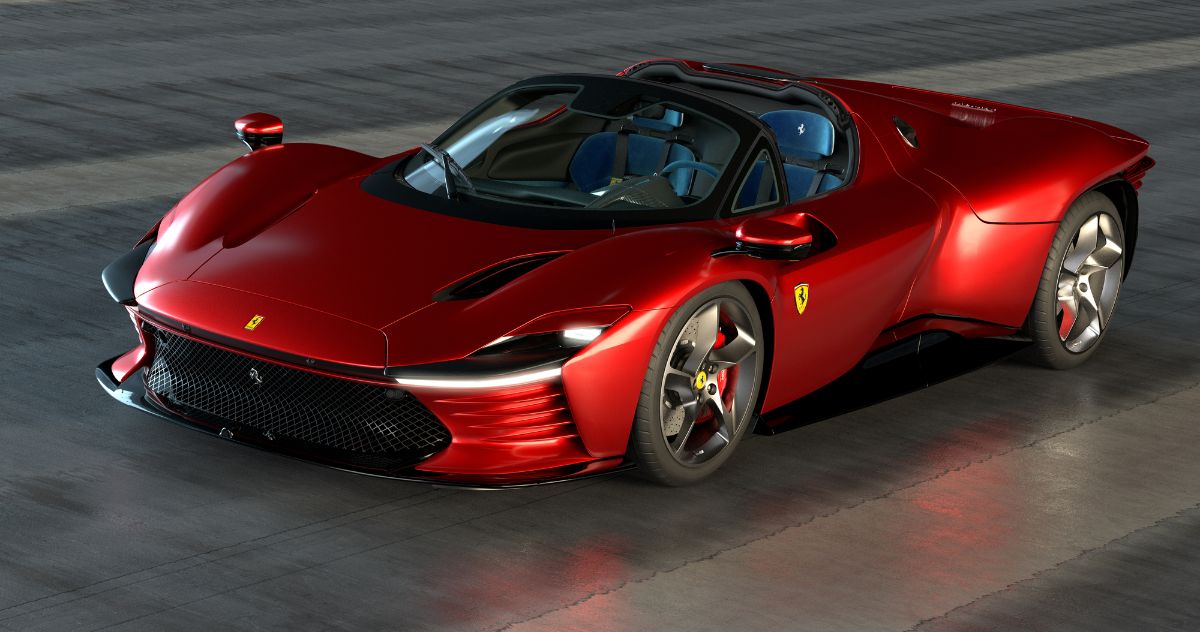 Another classic favorite is the Daytona. Around since 1968, the five-speed manual two-seater would come to be known as one of the most iconic Ferraris. It has a longer front end than the Cobra and more straight lines.

Until then, what makes the Daytona a hit? Well, certainly 828 horsepower is a good place to start. The Daytona can go up to 174 mph and goes from 0 to 60 in 5.4 seconds. The combined mpg is 17. Hopefully, the upcoming model will get a little better. 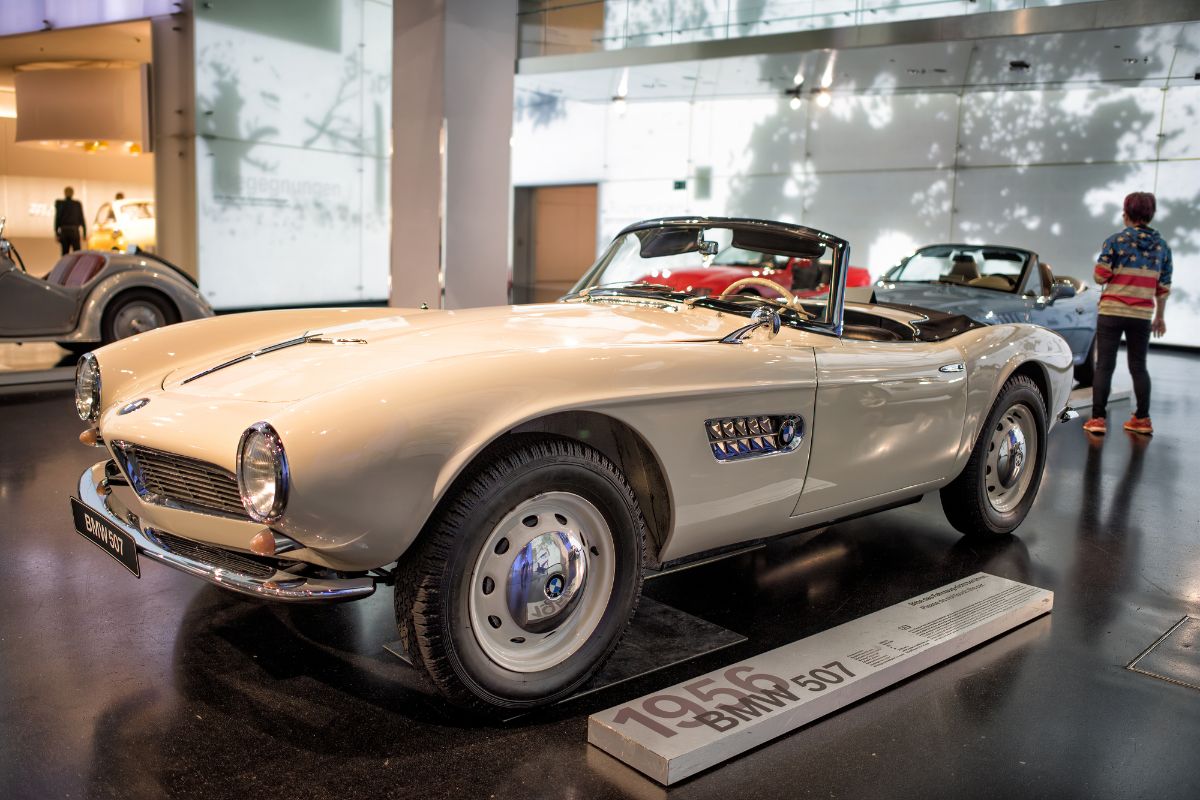 Even though times were profitable, that was just a tad unreasonable for most and it was discontinued. That, of course, means the value has skyrocketed since. The limited numbers of 507s that are still around are expected to sell for around $2,000,000.

The separation of headlights towards a rounded front is right in line with the Cobra. This BMW may not be as fast as others on the list, but with 148 hp it does still hit a speed of 127 mph and goes from 0 to 60 in 11 seconds.

The design is for two at a time to experience the joy of riding in it. Overall, the car gives you straight-up James Bond vibes. Well, aside from the 13.8 combined mpg. 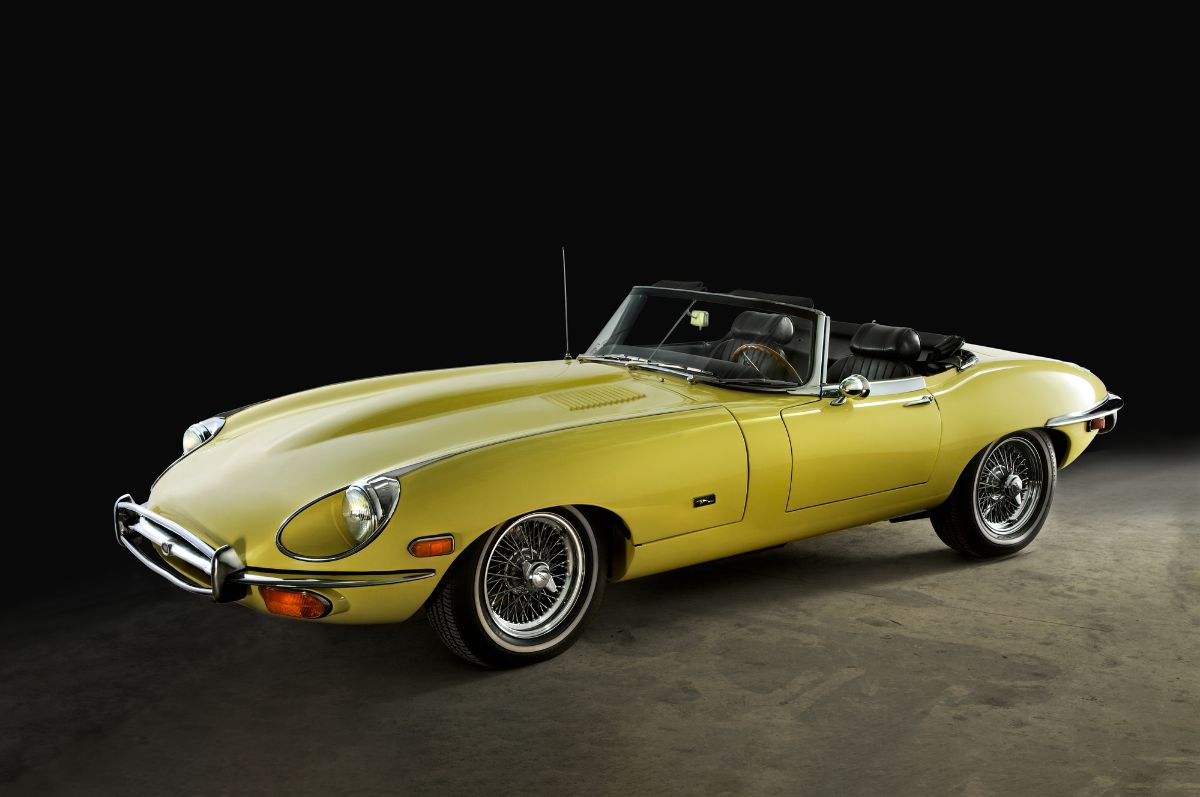 The British Jaguar was all the rage throughout the 60s and the first half of the 70s. From the side, it looked like a bullet, but from the front, you could see a hood resemblance to the Shelby up to the headlights.

Then the E-Type went a different direction where they blended in instead of being singled out. Unlike the 507, there are a lot more E-Types around, lucky for collectors. That means they can find one for around $303k.

What do you get for that amount? 265 hp for starters. Then you have a top speed of 151 mph and an acceleration to 60 in 7 seconds. Downside? There’s only room for two and you only get about 18 mpg. 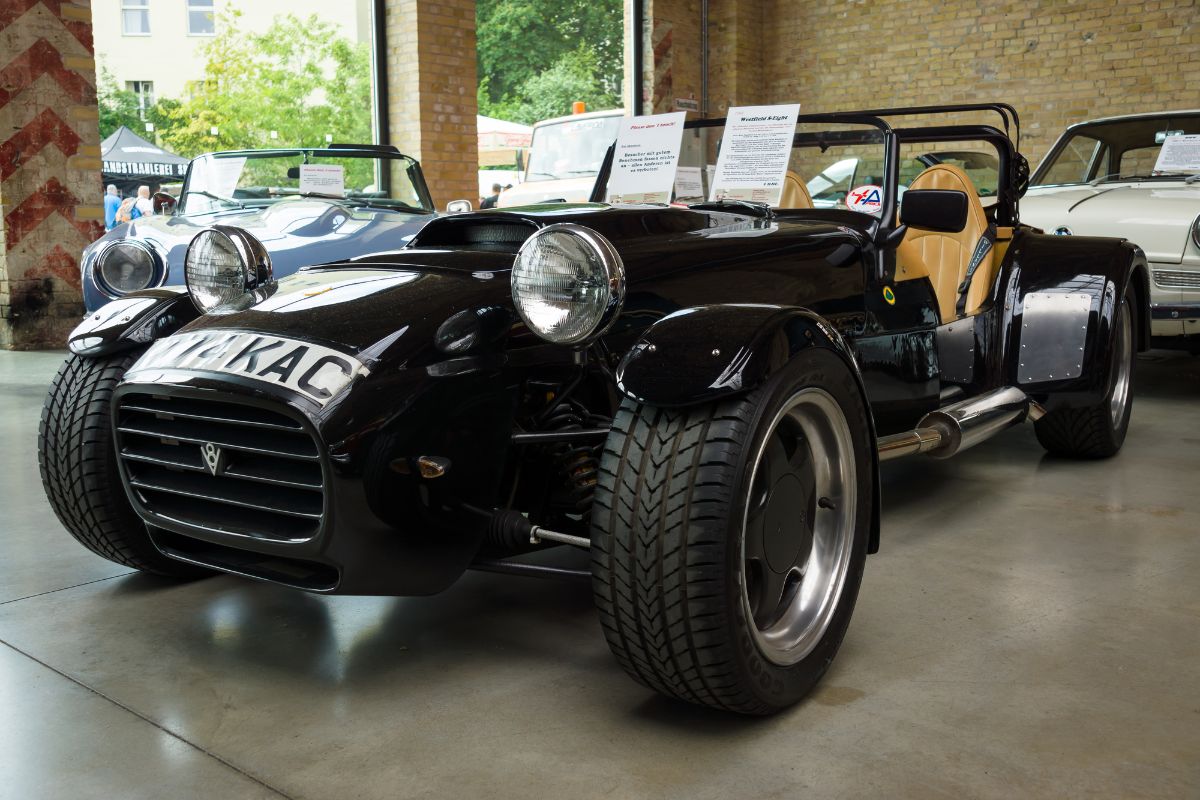 The size and seating capacity is about the only similarities to the Shelby. Exposed front tires and a sharp hood ensure that the Seven stands out from the rest of the fleet.

This fun to look at, open-topped sports car toured the town for 16 years between the late 50s and early 70s. This is actually one of the most affordable classic cars on the list. It’s possible to find one for as low as $42,000.

Having a unique appearance helps where other attributes may lack, in comparison to other vehicles of the same class. For example, it only has 49 hp and it can only go as fast as 80 mph with a 0 to 60 rate of 6.2 seconds.

However, the Seven was ahead of its time to get 25 mpg. 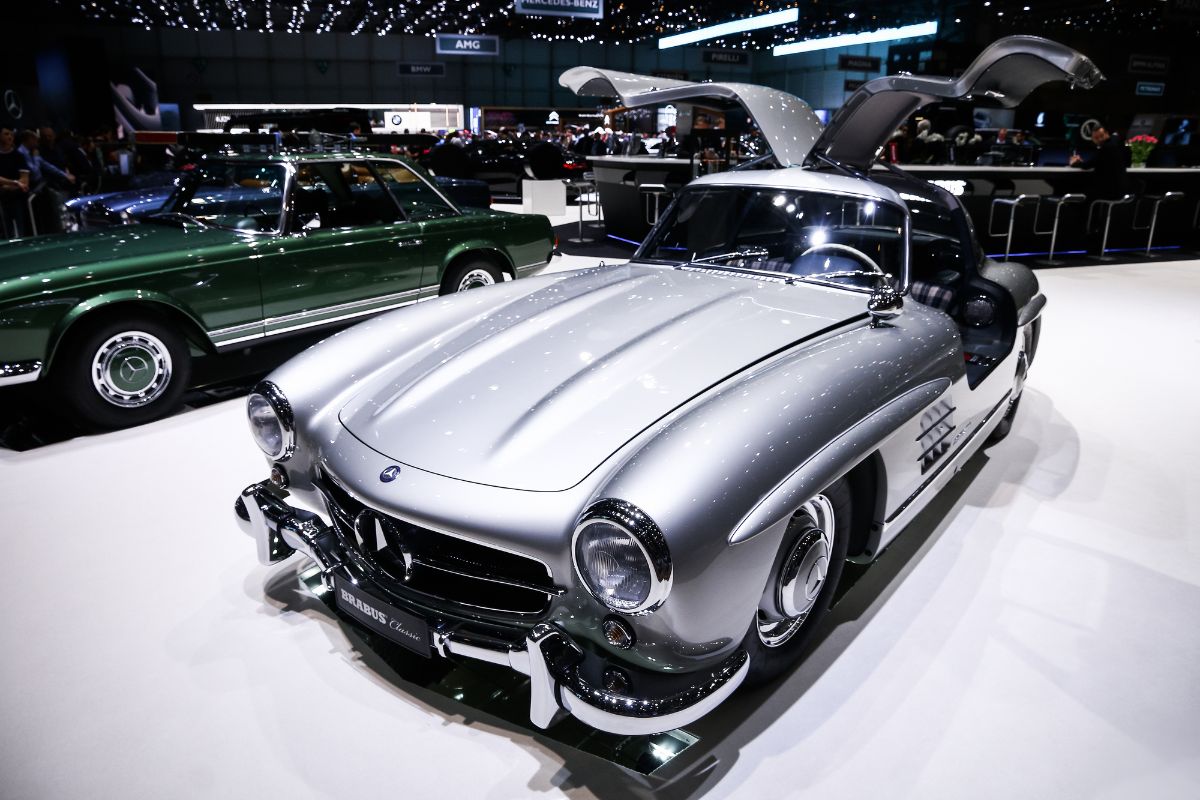 We’ve talked about uniqueness but the Gullwing might fall into the beautifully unusual category. Mercedes decided opening doors like a plebian was just too basic. They decided to give this sports car wings.

When the two doors are open simultaneously, the Gullwings looks like a bird in mid-flight. Collectors have kept a spot open for this one for years and are willing to pay $2,000,000 to get their hands on one. 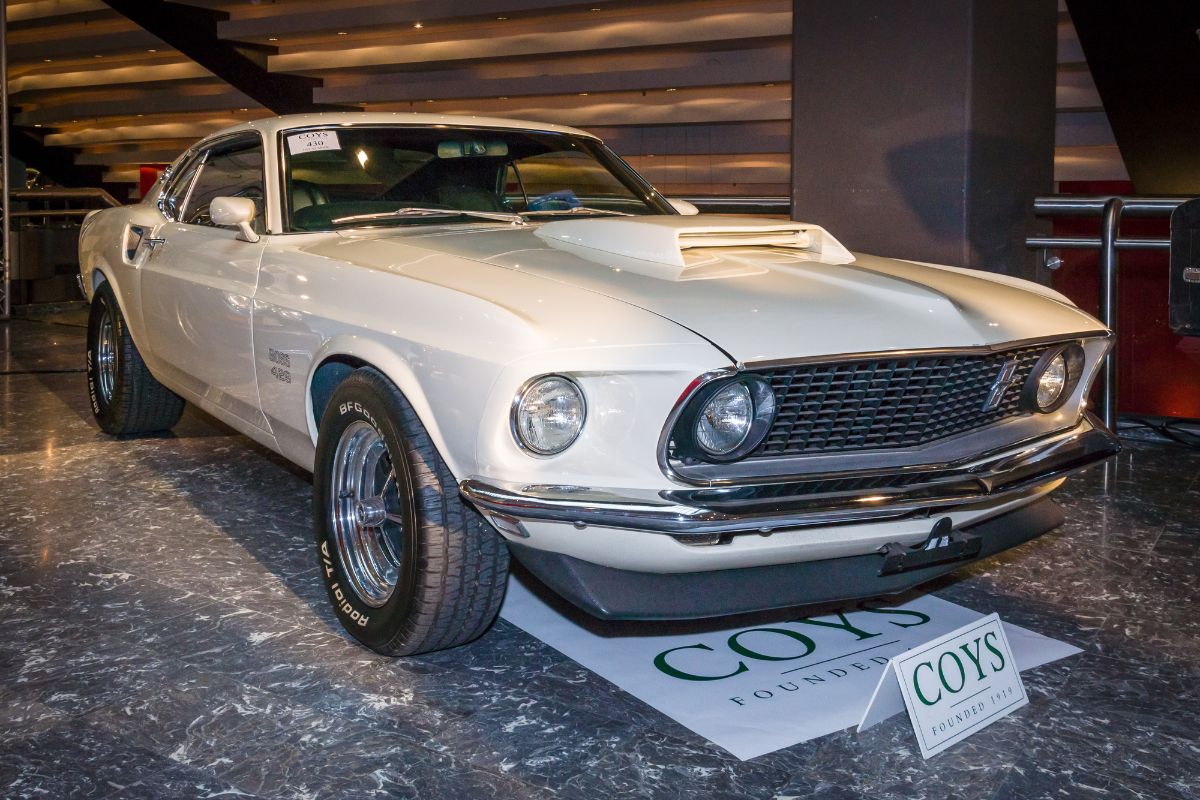 Like Cobra, Mustang was brought to life due to interaction with Carroll Shelby. So, it’s natural that perhaps the Boss Mustang is the most closely related to the other.

While the regular Mustang has been continuously in production, the Boss only had two model years, ’69 and ’70. Then, for the Trans Am racing series, the car was brought out of a long sleep for another two production cycles in ’12 and ’13. 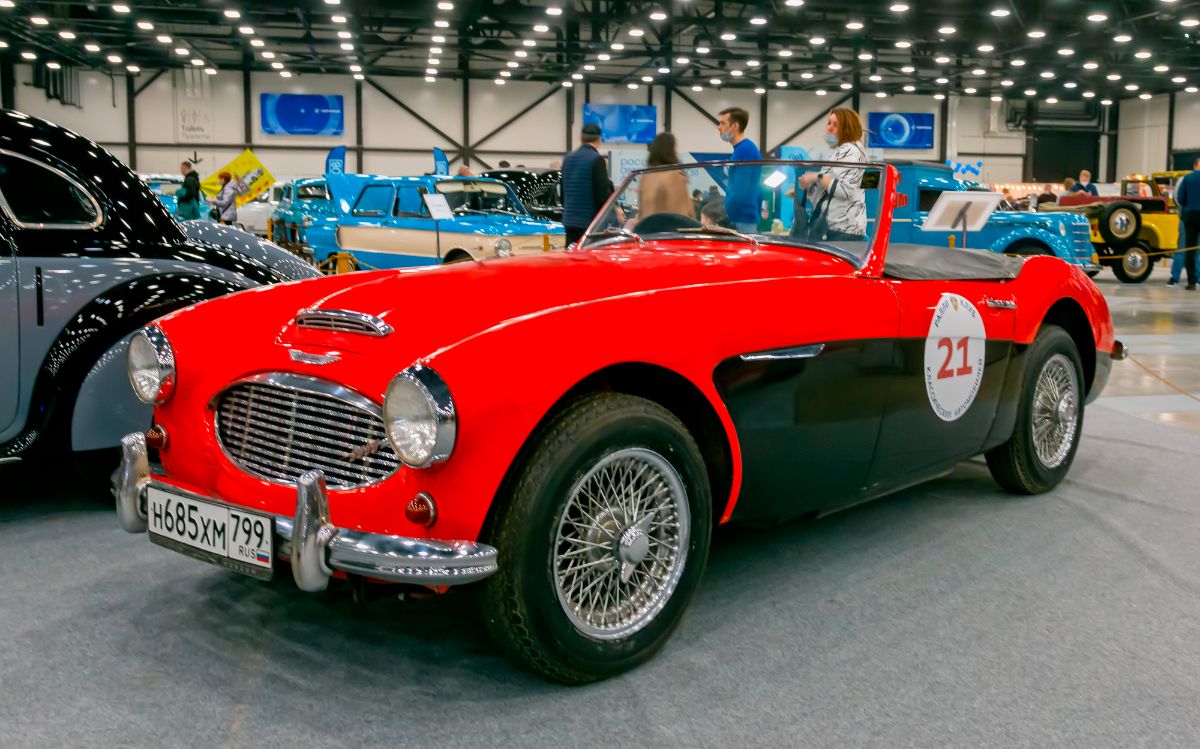 Known as Big Healey, these British cars were available to purchase brand-new from 1959 through 1967. Depending on the condition, you can expect to pay anywhere from close to $50k all the way up to $150,000 to own one today.

The front end is reminiscent of the Cobra in the same way the E-Type is. The Healey tops out on speed at 121 mph and goes from 0 to 60 in 11.4 seconds on 150 hp. We’re also back to two seats again and lower fuel economy at 16 mpg. 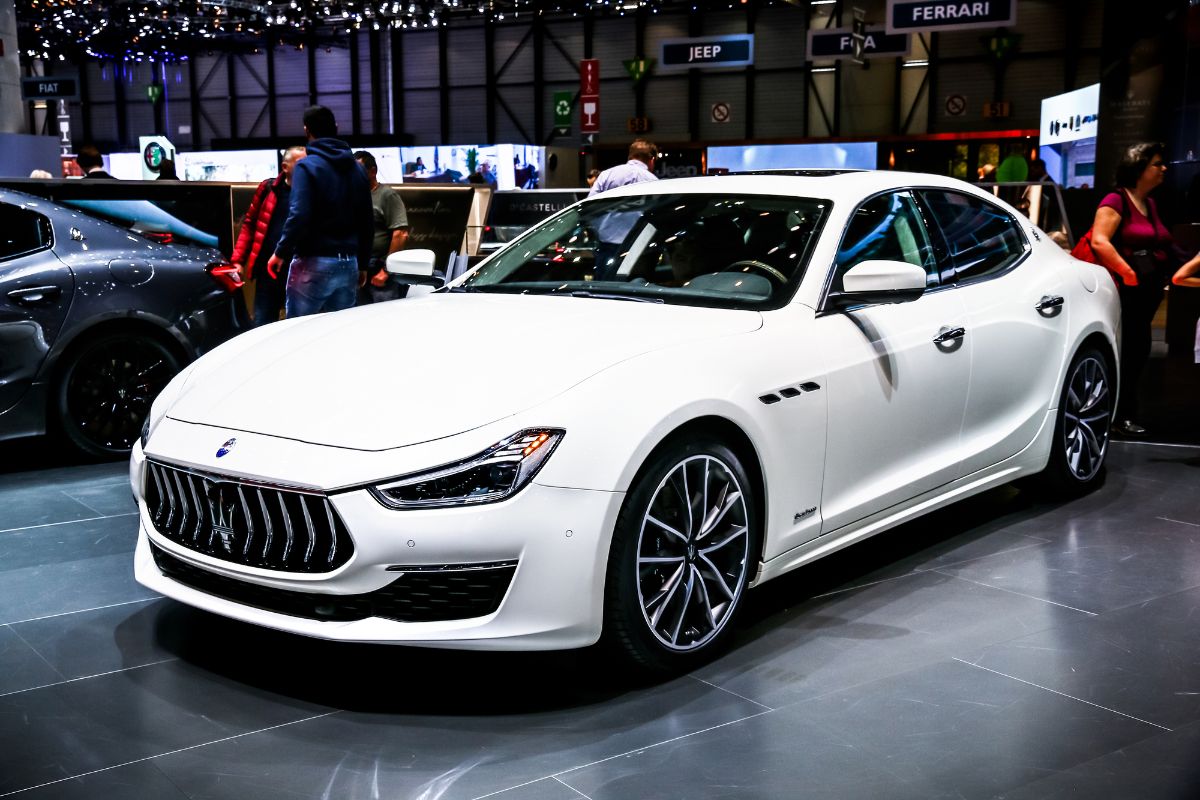 Car buyers can’t get enough of the Ghibli and Maserati knows it. It has been in and out of production since the late 60s through three different body types. The first being AM115 and most recently M157.

The original looked like a straight-edged version of a more curvy Cobra. Maybe the edge is what makes the ’67 worth approximately $140,000. 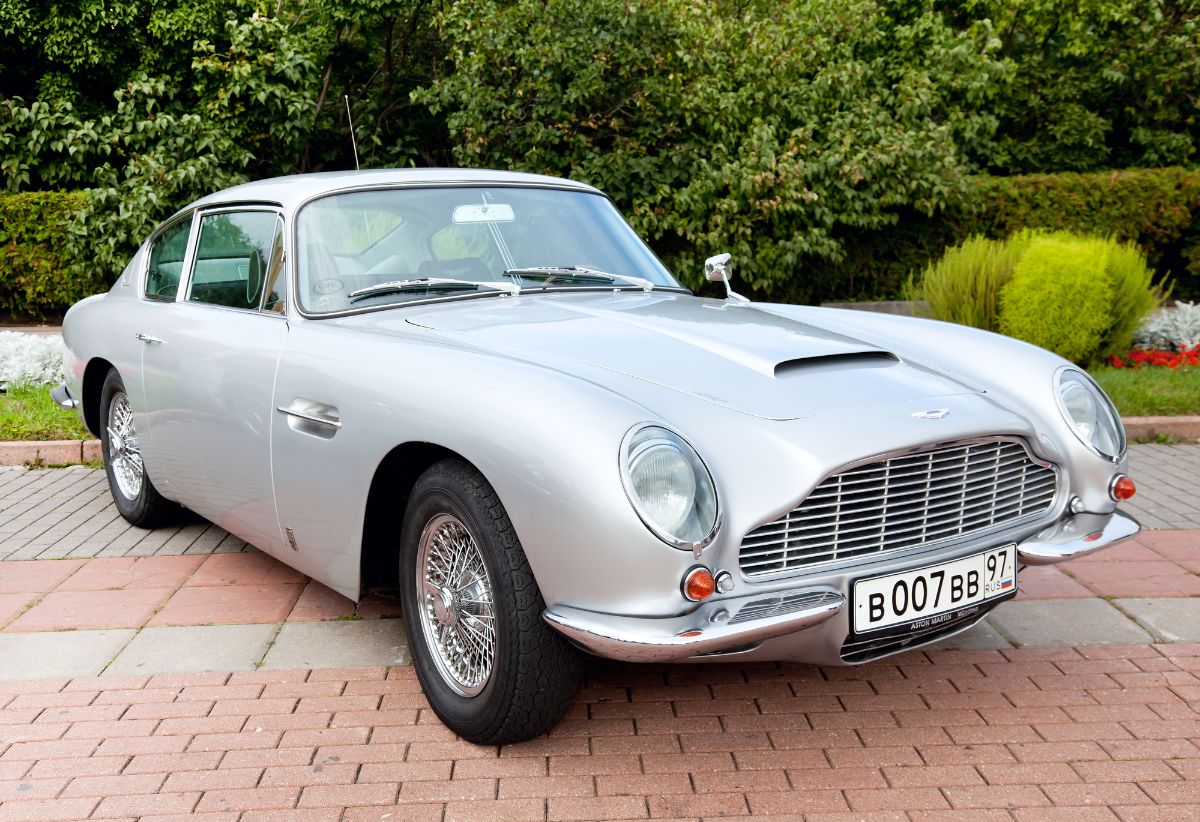 We mentioned James Bond earlier, but this Aston Martin actually is a favorite of the famous spy. It’s the car most associated with the franchise, first making an appearance on the big screen in 1964’s Goldfinger.

Like several others with odd production timing, the DB5 ran for two years in the mid-60s and again in 2020. In total, there are only 1,084 out in the wild.

So what about the DB5 brought it to the attention of Mr. Bond, James Bond? With the ability to go 145 mph, he’d be able to outrun anyone and get a solid head start by going from 0 to 60 in 8 seconds.

That’s backed by 330 hp. He could also fit the Bond girl as well as two others inside. He’d have to stop for fuel a lot, though, since this Aston Martin has 14 mpg.

How much would it take to bring one home? Well, if you want a ’64 movie star, then expect to pay around $5 million. If you could settle for an extra with no screen time, a DB5 from that time period would run you around $450,000. 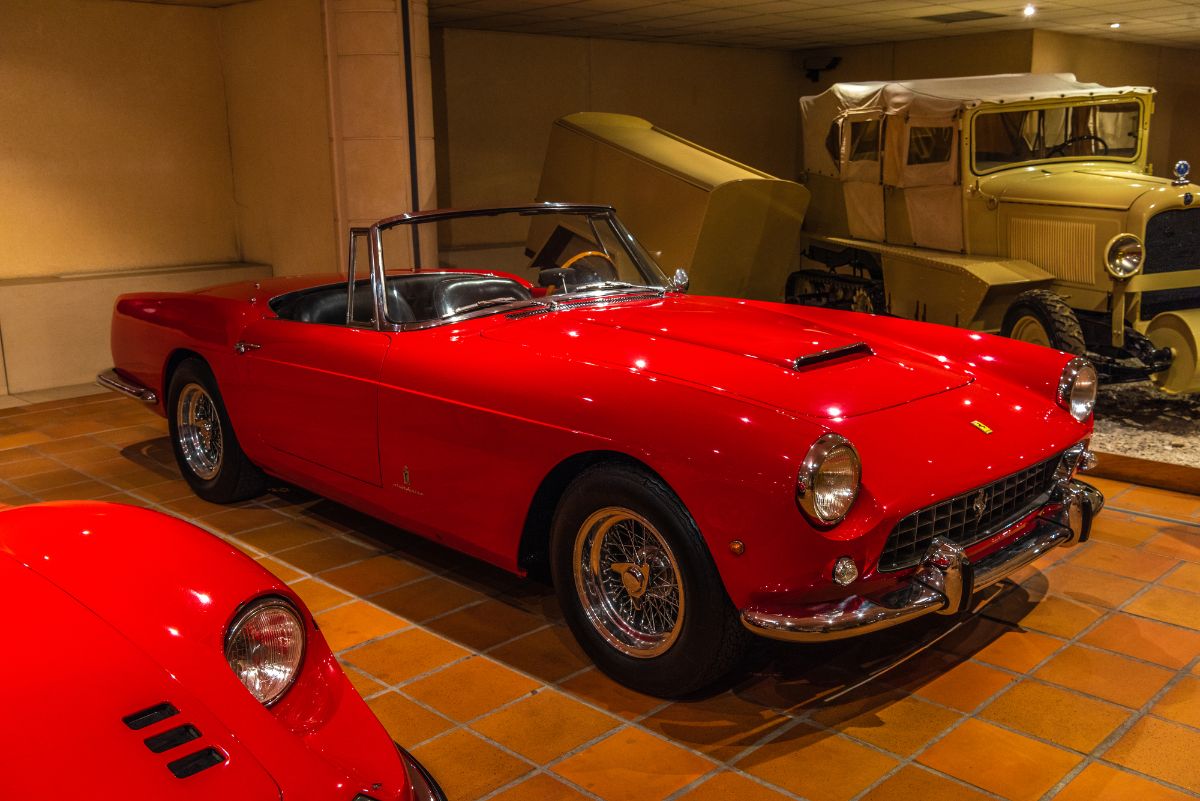 A little lower overhead and a more in-line front-end curve, this Ferrari was literally born to race. It was the early 60s and the GTO was produced for FIA’s Group 3 Grand Touring.

With that kind of background, it’s not surprising that the 250 earned the most expensive car in the world after a private buyer paid $70,000,000 for one.

Maybe that listing for a $75 million Shelby Cobra wasn’t too far off? Considering there are only 36 known GTOs in existence, that might have helped bump up the cost, too. 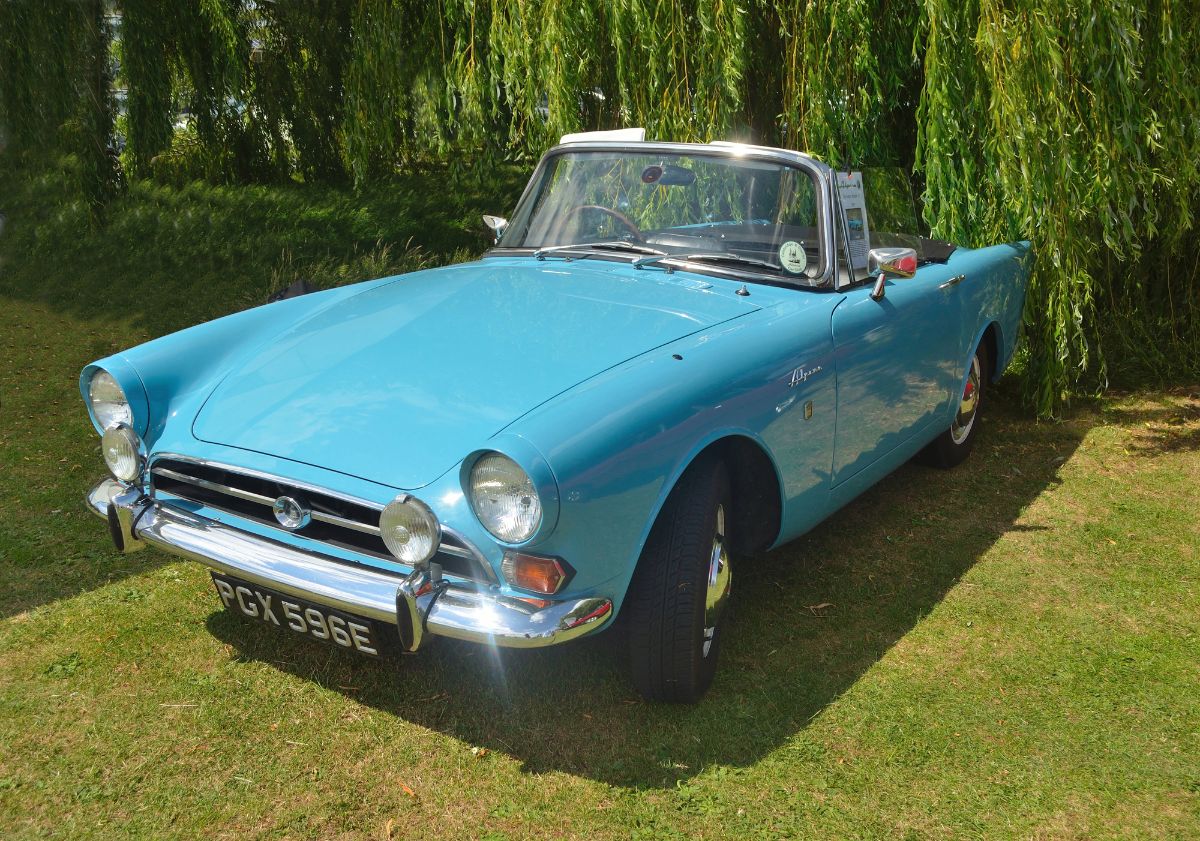 Not every sleek sports car of the 50s and 60s was ingrained into the hearts of the public, but that doesn’t make them any less interesting to look at.

The Alpine went in and out of production twice over the course of 15 years, starting in 1953. If you found one today, the price would be $27,900 and lower.

The design is less bubbly than the Cobra but not as straight-edged as the Daytona. On the slower side, the Alpine has a top speed of 99.5 mph and takes 13.6 seconds to reach 60 mph on 104 hp.

Perhaps people back then didn’t have the same appreciation we have today for gas mileage because up to 30 mpg might have made this Sunbeam a hit today. That four-passenger capacity is nice, too.