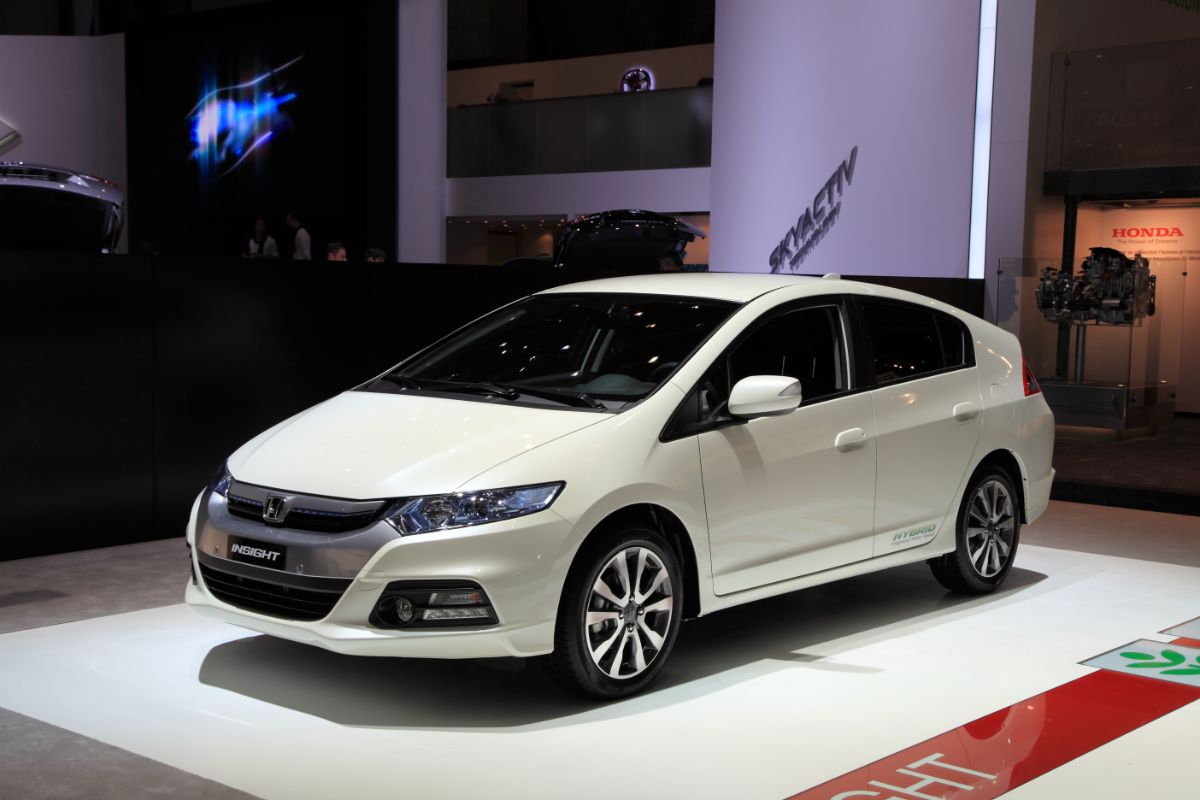 The Honda Insight is one of the hybrid car pioneers, debuting in 2000 and evolving through the years to be one of the most enduring makes of car straddling the line between gas and electric.

Its current iteration places 151 horsepower into an appealing sedan that boasts numbers that hybrid aficionados care about the most: 55 miles a gallon on the freeway and 49 miles a gallon in the city.

Features like a power moonroof, heated front seats, and remote starting makes it a little less utilitartian than the Insights you know from its past — but starting at just over $25,000.

Here are 12 cars similar to the Honda Insight 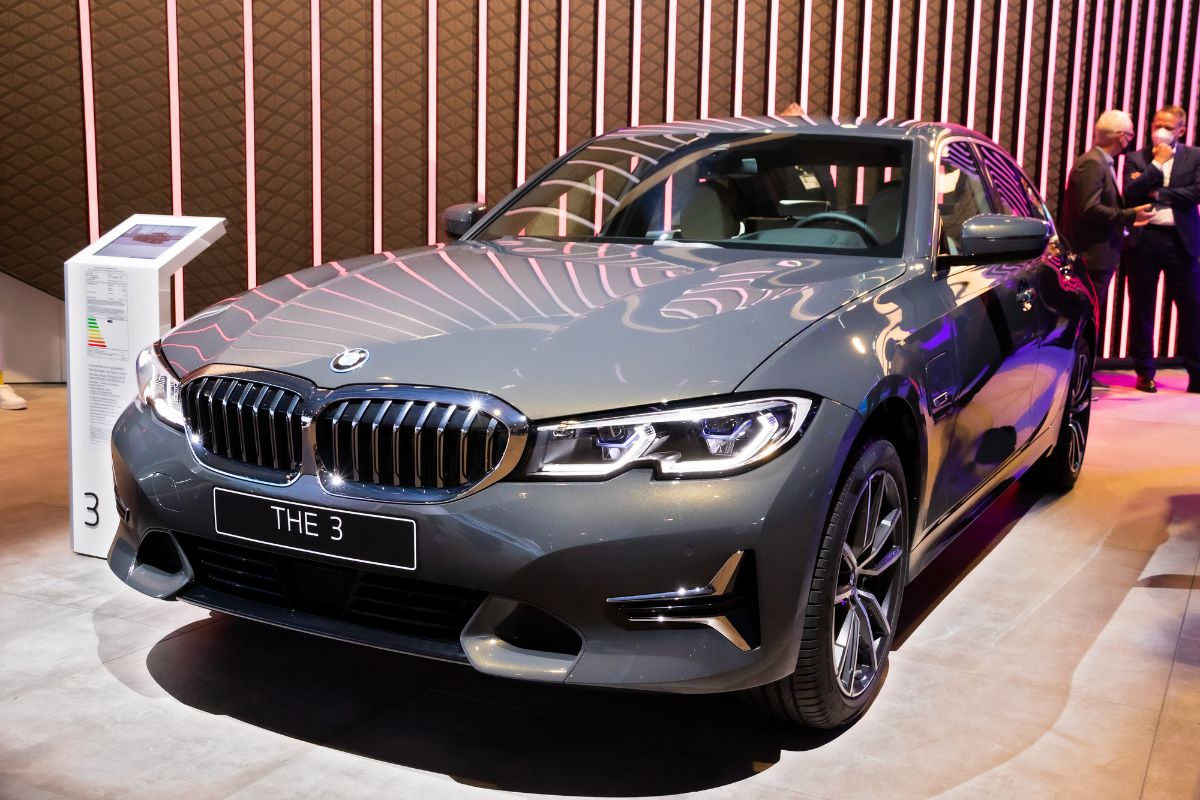 If you’re looking to go the plug-in hybrid route and want luxury performance, the BMW 3 series is worth investigating, and the 330e is the most affordable of the options, with pricing starting at under $43,000. It delivers 288 horsepower and gets from 0-60 in just over nine seconds.

While the cars in this series doesn’t boast the fuel efficiency of hybrids like the Insight, they’ll deliver about 30 miles to the gallon even with their turbo-charged engines, though some reviews reveal that it performs even better than its official numbers in real-world driving. 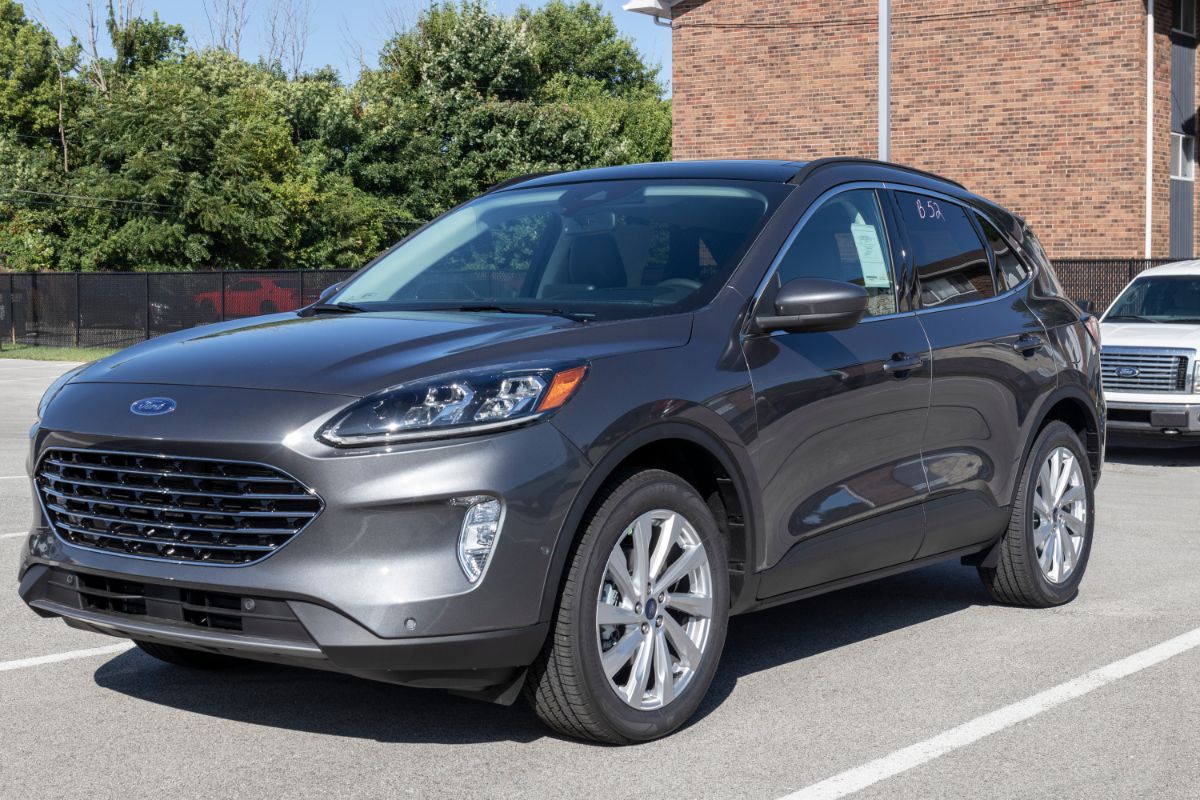 Starting at under $30,000, this compact SUV hybrid model boasts voice-activated SYNC 3 technology to allow you to direct all that you need to — whether it’s ordering food or turning up the thermostat at home — while driving.

As far as the actual driving goes, it starts with over 180 horsepower but upgrade models will bring you to the 250-horsepower range which can get you from 0 to 60 in under six seconds.

And it does so while delivering great gas mileage numbers — count on getting around 40 miles per gallon in overall performance. 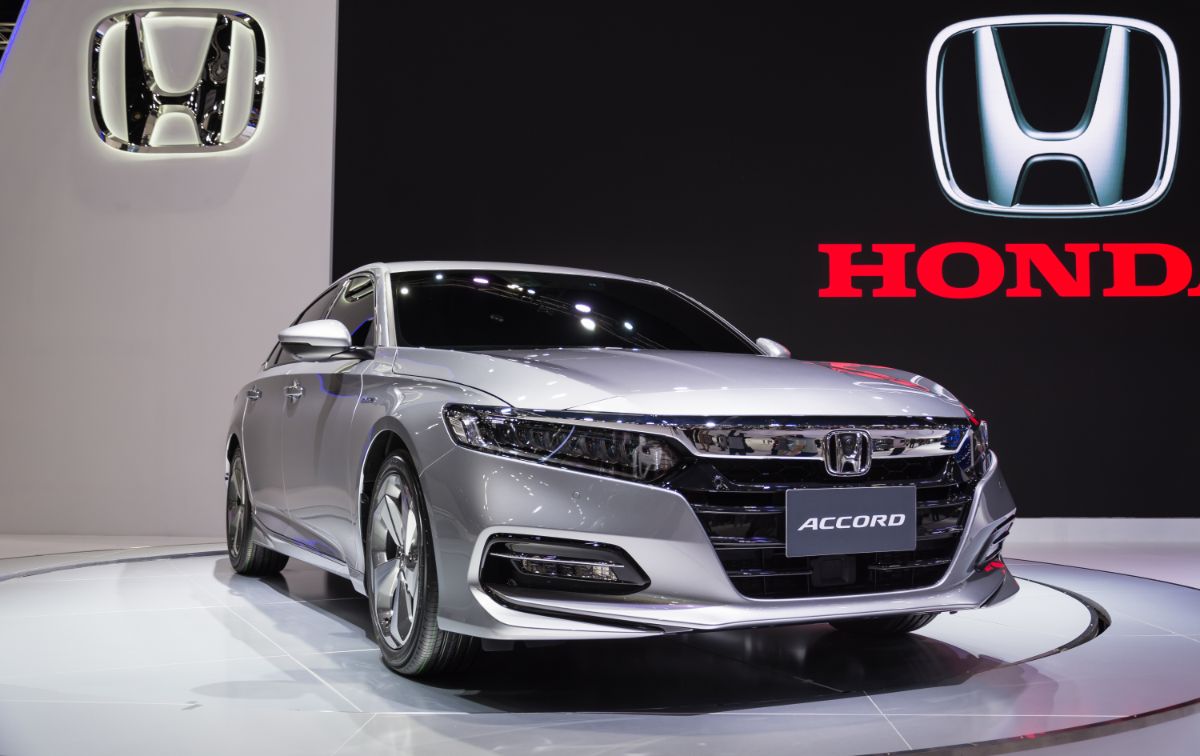 The Insight has a well-established sibling in the enduring Accord brand, and the 2022 model brings more than 200 horsepower, gas mileage in the high forties, and outstanding safety ratings in what many find to be a comfortable and roomy package.

The standard Honda Sensing package brings technology to the table, not only providing alerts to help guide drivers, but adding steering and braking assistance to the equation.

It also brings another innovative feature, Adaptive Cruise Control with Low-Speed Follow, which adapts to the traffic around you and eliminates the guesswork and adjustment required with a traditional cruise control system. 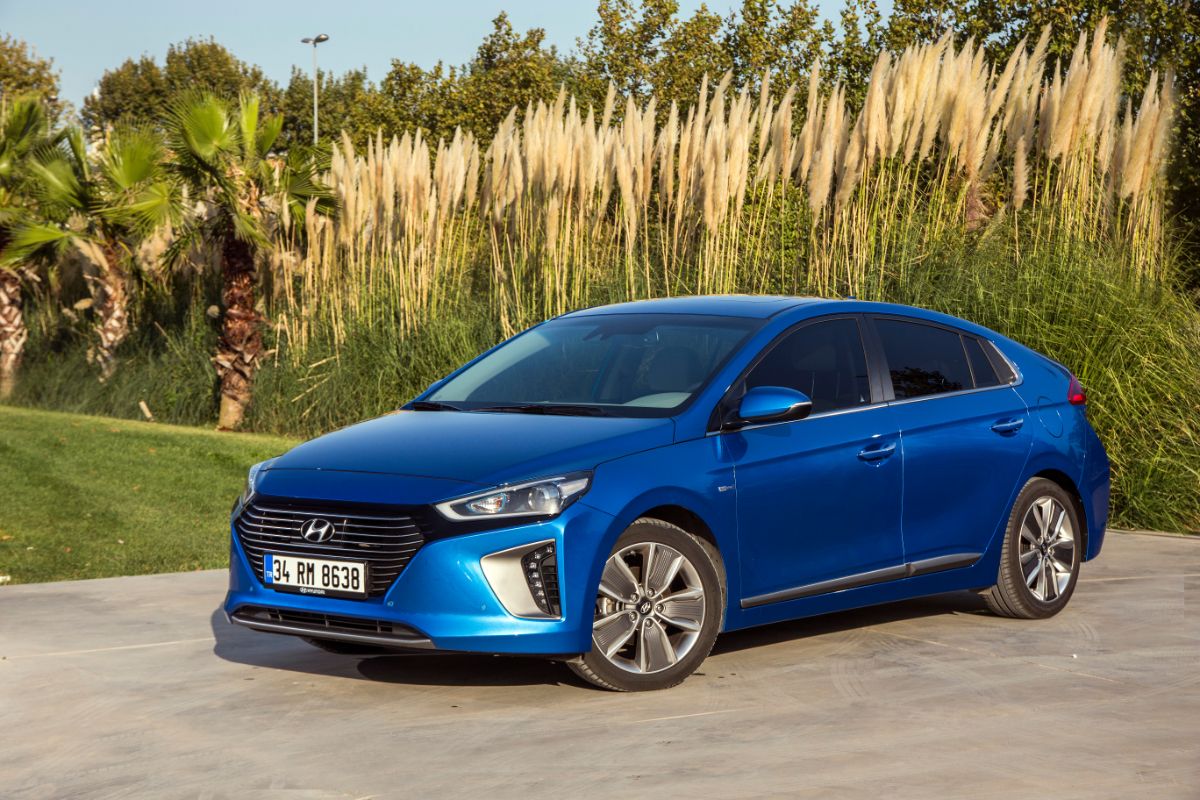 Hyundai features a veritable fleet of hybrid options for drivers, all part of a noble aim to achieve carbon neutrality by 2045, and the Ioniq is a sensible hatchback that starts at $24,000 and promises up to 60 miles per gallon fuel efficiency in freeway driving.

With that performance, it claims to be “America’s most fuel-efficient hybrid,” but still brings nearly 140 horsepower along with that gas-sipping stability.

Its base model comes with some safety features like blind-spot and rear cross-traffic warnings, and graduating to the Limited version (starting at under $32,000) brings highway driving assist plus some luxury perks like leather seating and a Harmon Kardon stereo system. 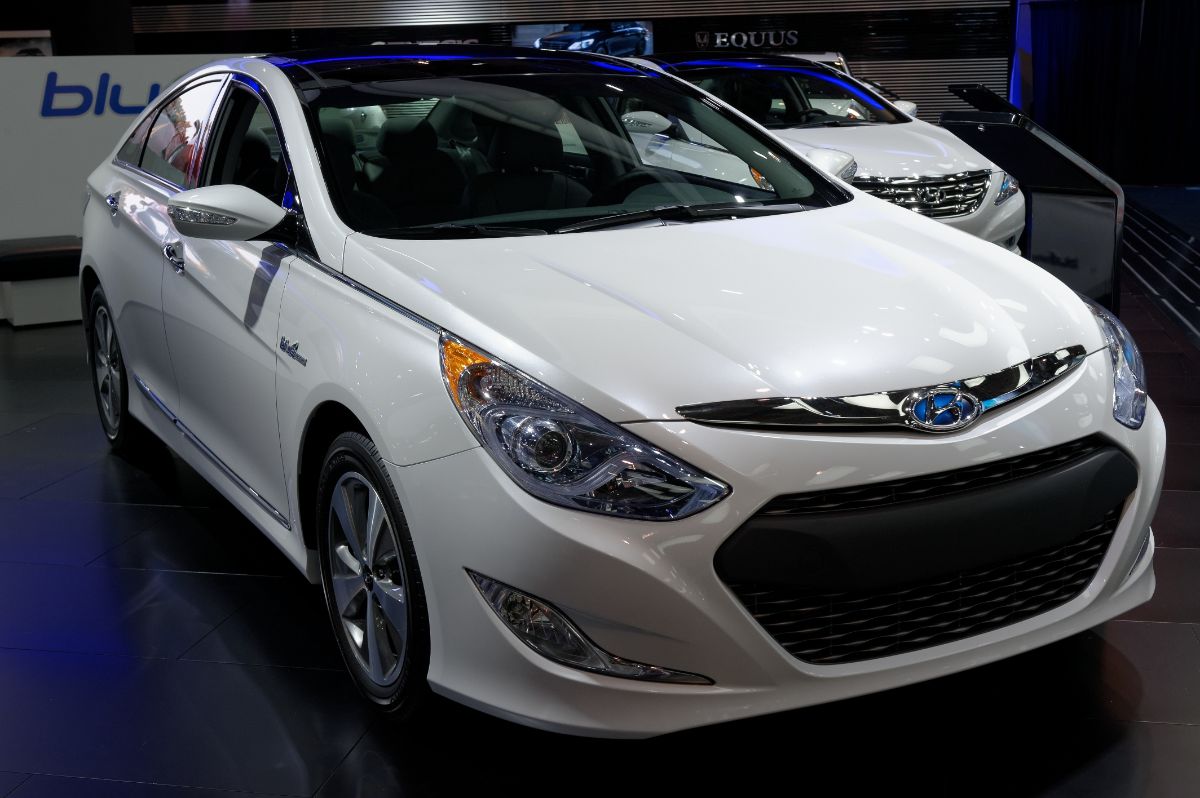 Looking for Hyundai’s fuel efficiency but need something a little bigger than the Ioniq? Hyundai offers the Elantra and Sonata in sedan sizes, with the Sonata offering more for its slightly higher price tag.

It starts at just over $27,000, but if you want to be at the cutting edge of hybrid technology, the Limited level at about $35,000 includes a solar roof that helps recharge the hybrid batteries by taking available power from the sun.

While it’s just a small boost — about two miles a day — it gives a fascinating glimpse into where the future of driving might lie.

Regardless of which package you opt for, with fuel efficiency in the 45 to 54 miles per gallon range, you’re getting nearly 200 horsepower plus, as its marketing materials assert, more front head room and leg room than its competitors. 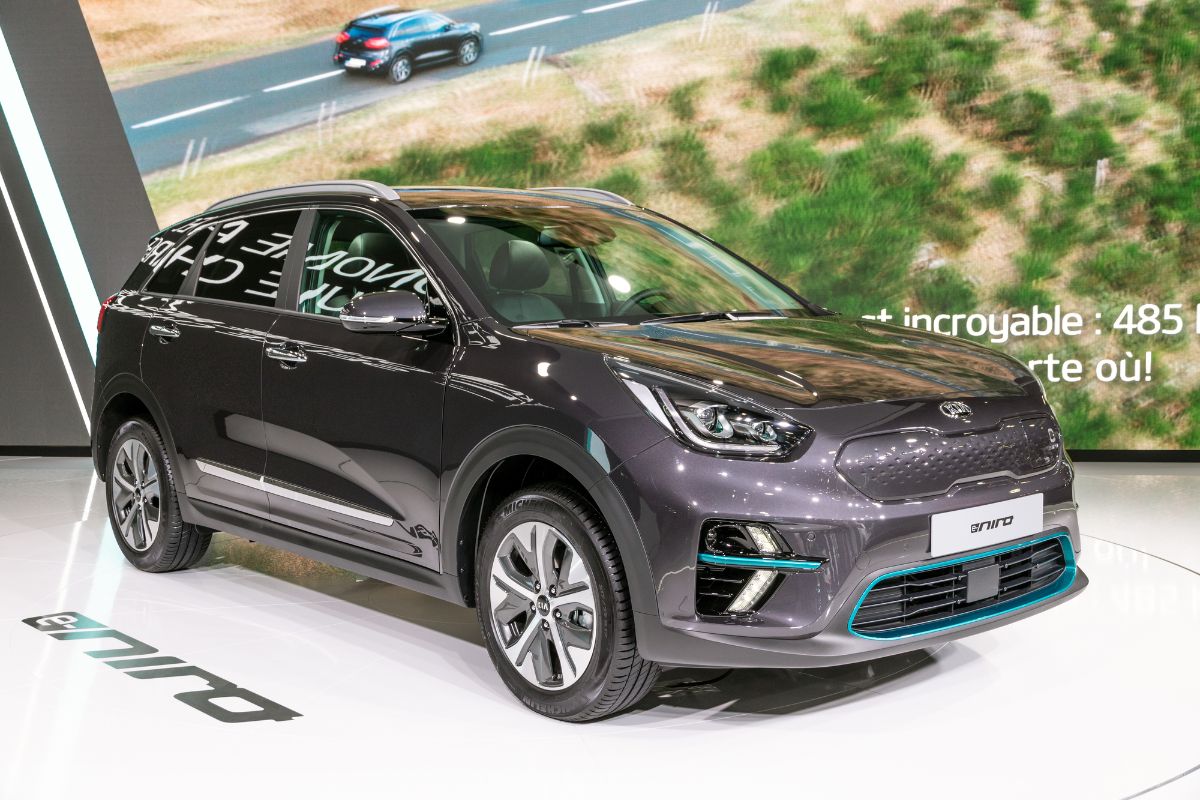 Another option for drivers looking to combine affordability with good gas mileage, the Kia Niro is a crossover SUV hybrid that starts at under $25,000 and has a combined city and highway performance of just under 50 miles to the gallon while delivering 139 horsepower.

It’s also packaged with technology, include the ability to start remotely from your key fob, regenerative braking to harness energy, and a series of safety features that anticipates myriad driving situations as you move up the levels from the base LX to the EX model, starting at about $32,000 but worth the extra spending. 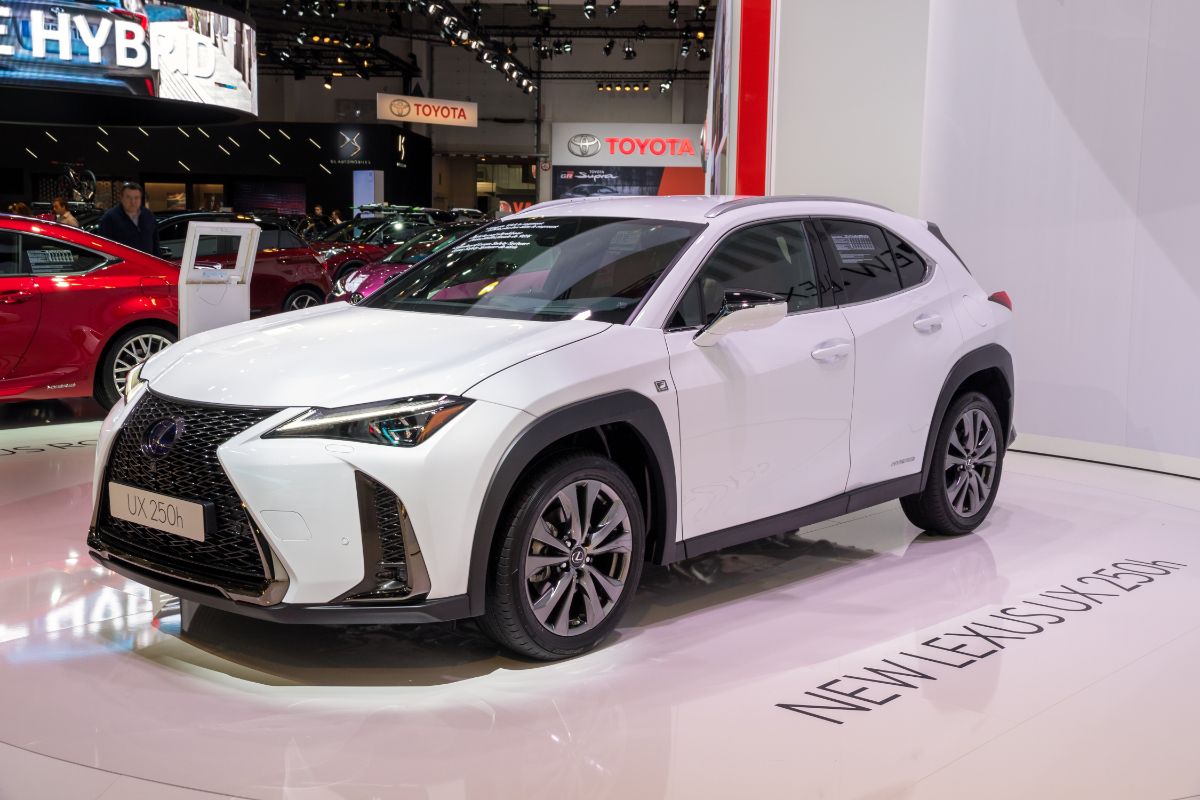 Claiming to be best in class with nearly 40 miles to the gallon, this luxury hybrid features all-wheel drive and a high-output, permanent-magnet, electric-drive motor with EV mode bringing 181 horsepower to be a cut above other options for hybrid drivers, with a starting price of just above $36,000.

The car’s performance includes a 0-60 time of 8.6 seconds, though those attracted to the Lexus brand will be happy with all the bells and whistles available with all that comes with the various packages available.

A power rear door with a kick sensor? A heated steering wheel? A memory system to put your seat position and mirror position back to how you like it after someone else drives your car?

These are all special touches available at the Sport and Luxury levels, which don’t start too much higher than the base level. 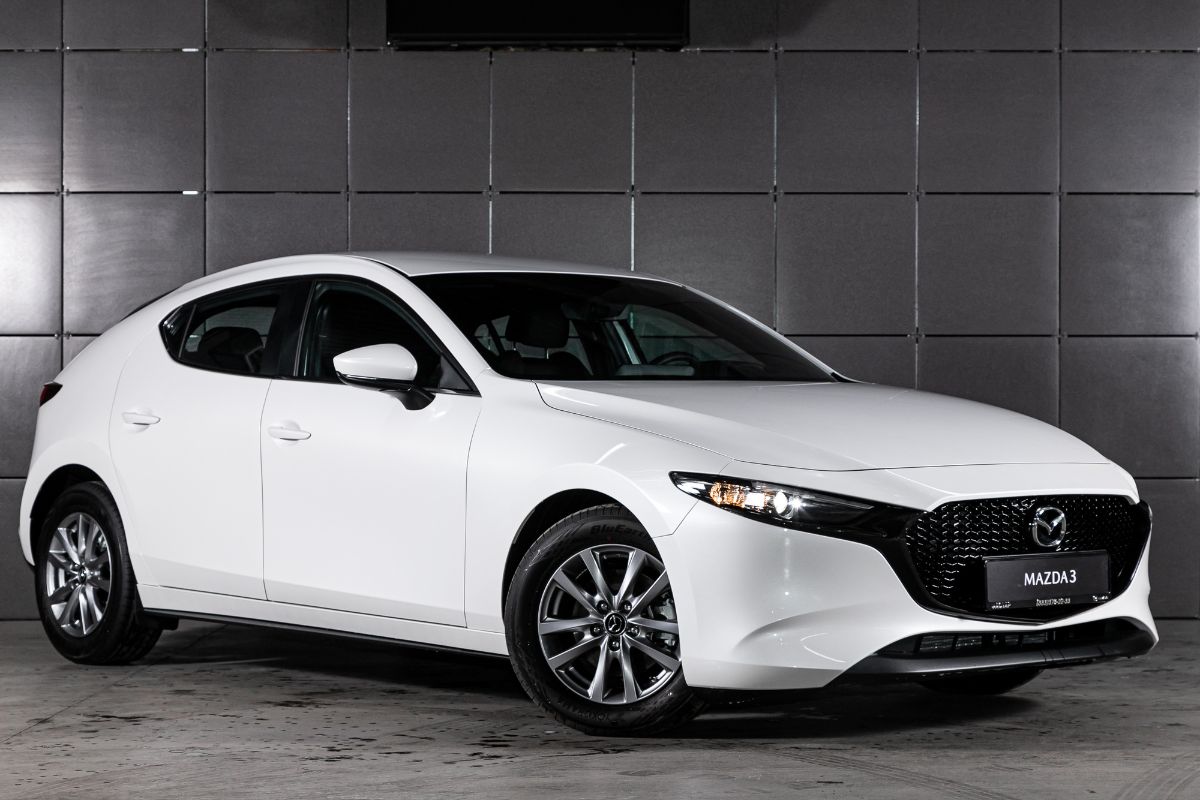 The popular model from Mazda is one of several offerings from the car company offering what it calls “Mazda M Hybrid” technology, which it describes as “mild hybrid technology.”

According to its website, the engine uses “a small Integrated Starter Generator (ISG) to capture energy that is normally wasted during braking and stores it to power the car’s electrical systems, reducing the load on the engine and saving fuel in the process.”

That puts the Mazda 3’s gas mileage in the high thirties, and the company maintains that it creates a smoother driving experience in the process. Starting at under $22,000, it’s a very affordable way to get a hybrid ride, though there are also a number of packages that bump up the price as well as what you get. 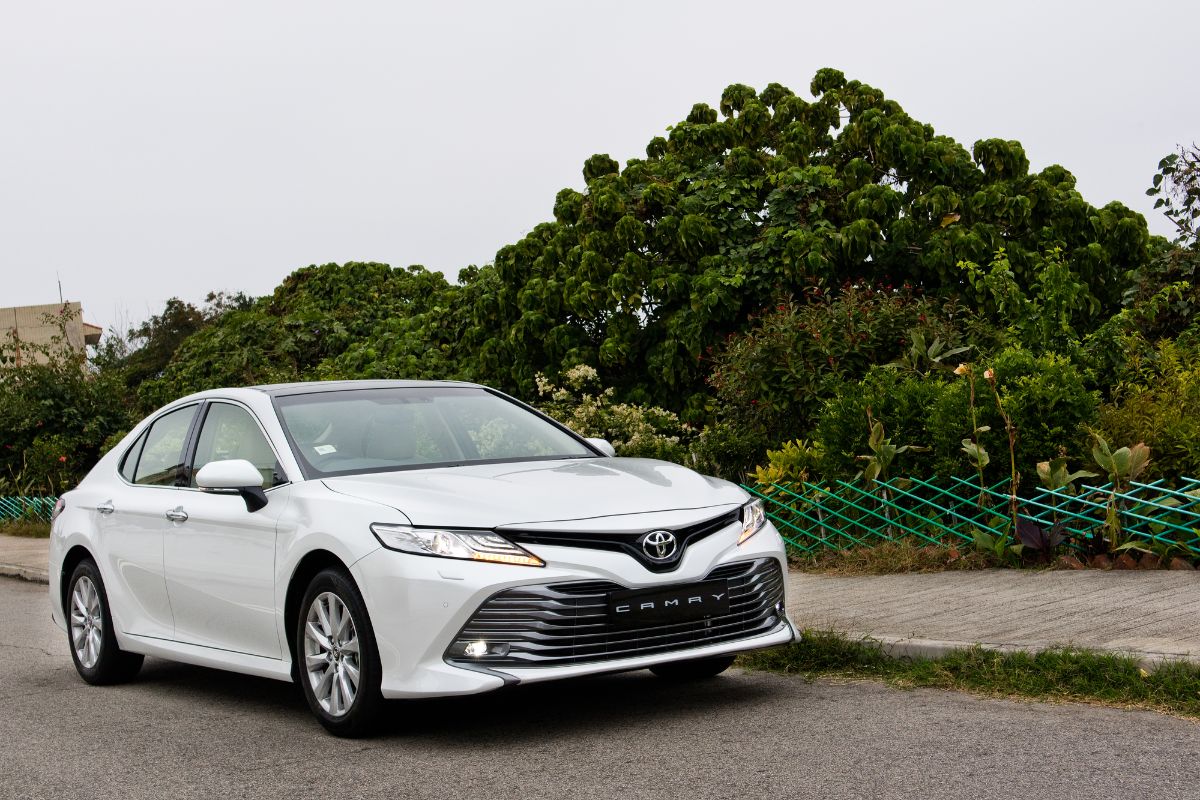 The Camry is a longstanding sedan brand in the Toyota fleet, dating back to 19and there are five different options if you want to commit to a Camry Hybrid, starting with the LE model that delivers more than 50 miles a gallon for a starting price tag of under $28,000, and going up to fancier packages that will bring the cost up a few thousand dollars.

With those sportier options, you’re getting a little more flash and still averaging around 45 miles a gallon in the process. 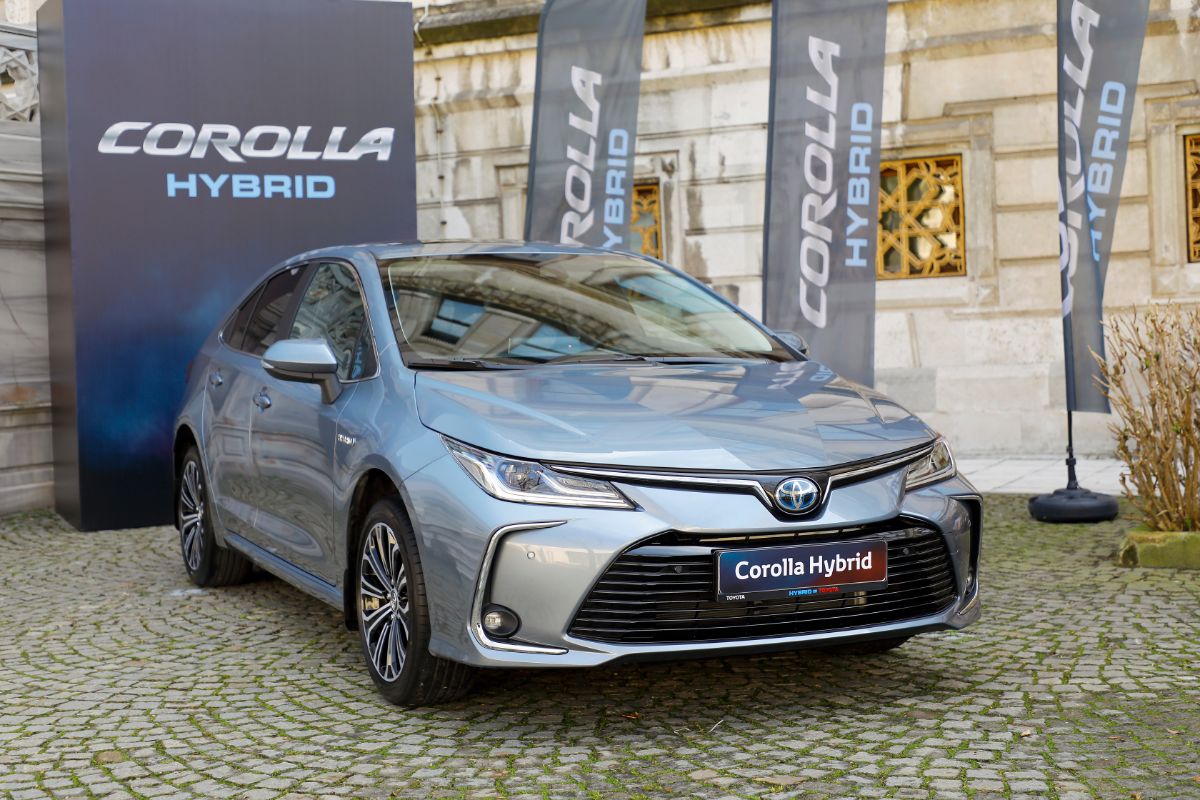 The Corolla’s got an even longer history than the Camry, dating all the way back to 1966, and like the Camry, the dependable model lends well to Toyota’s hybrid technology.

It is among the leaders in gas mileage, with the single option delivering an eye-popping 53/52 at a base price of just under $24,000, and safety features and enticing add-ons that you might not expect from something as stereotypically no-frills as a Corolla.

If you need more than 121 horsepower, you might want to look at the rest of the fleet, but if that suits your needs, it’s worth taking look at a brand name that you certainly already know. 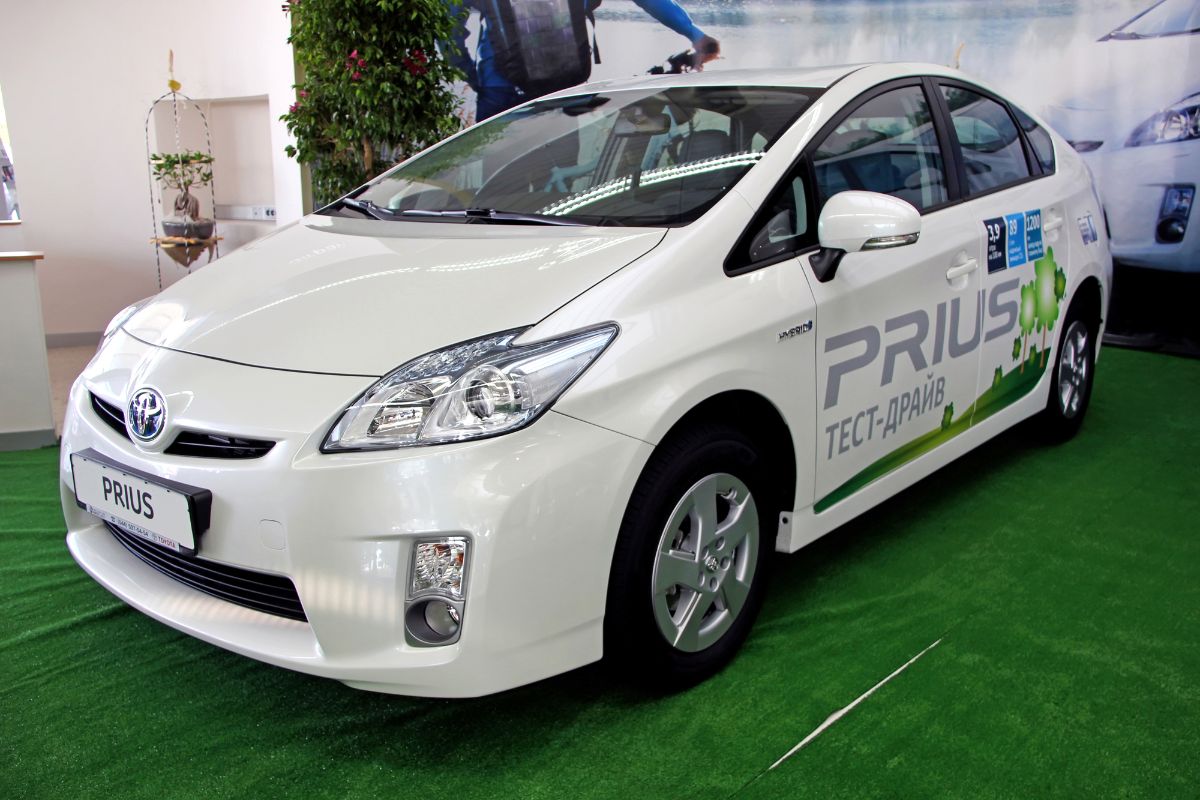 Though Toyota has a number of hybrid car options, the Prius is the name that put Toyota’s hybrid technology on the map and is still the standard-bearing model for the car company’s green-mindedness.

The current round of Prius has eight different models to choose from, starting with the appropriately-named Eco that gets you the gas mileage numbers that Prius fans will certainly celebrate: 58 miles per gallon in the city and 53 on the highway, at a base price under $25,000.

You can dress up your Prius experience with two different Nightshade models that deliver sophistication in black, as well as a Limited edition that brings luxury to the table.

The Prius Prime, an advanced sibling of the Prius, brings plug-in technology and the ability to handle drives of up to 25 miles in electric mode — allowing Toyota to claim 133 miles per gallon when the EV mode driving is factored in. 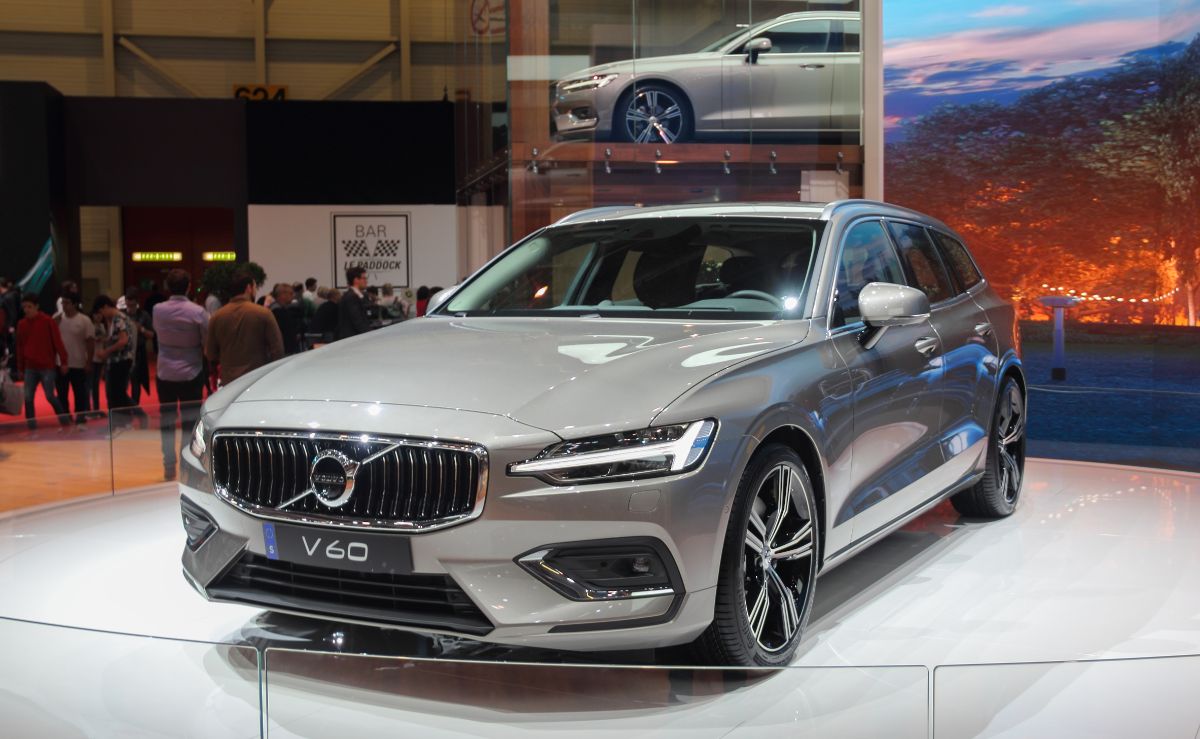 For fans of the Swedish car company, the V60 offers a plug-in hybrid experience for drivers who favor Volvo’s stylish and functional wagons.

It brings over 30 miles to the gallon for both city and highway driving, and when factoring in the electric driving that the plug-in technology brings — meaning 41 miles of emissions-free driving —  that bumps up the total to close to 75 miles to the gallon, while delivering more than 450 horsepower.

It comes with its hands-free tailgate standard — just move your foot under the rear of the car and you can open the trunk even with your hands full — and it has a number of the safety features you’d expect from Volvo.

The price tag is considerably higher than the Insight and cars in its class, starting at more than $67,000, but it’s good to look at options when you’re comparing what your hybrid experience could be.