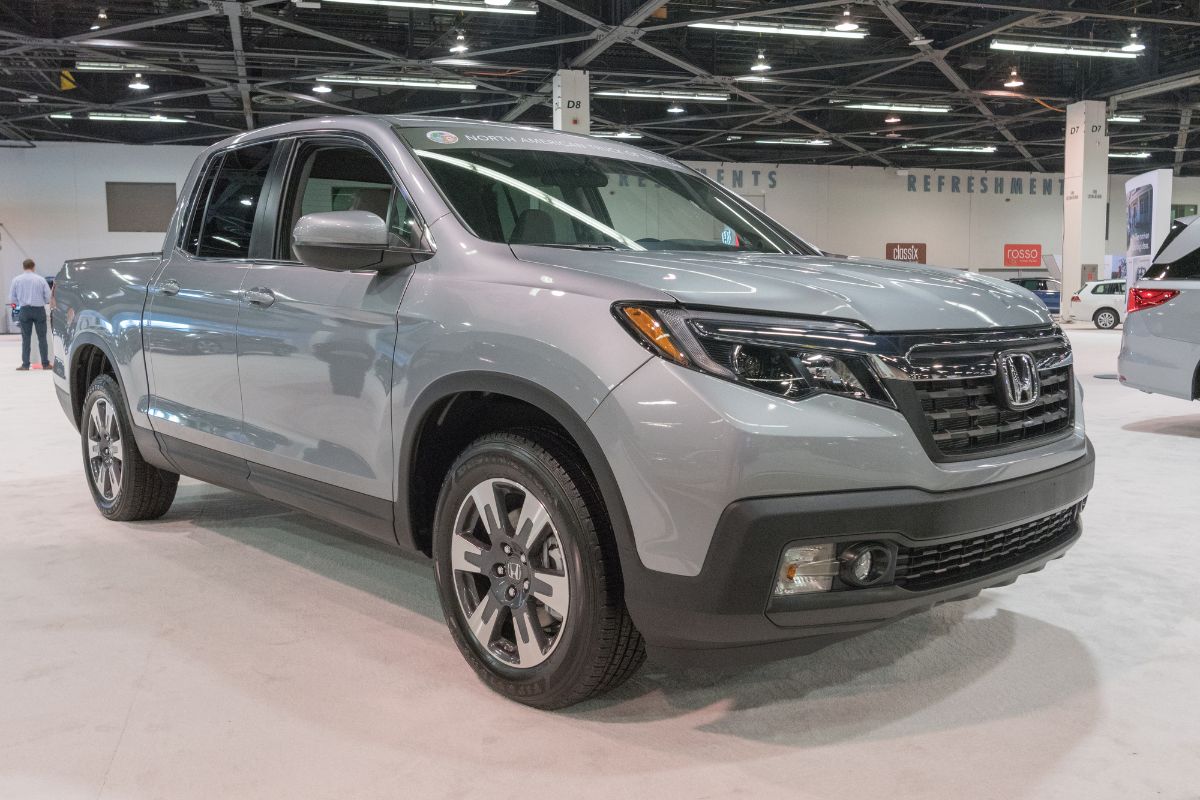 When shoppers look for a midsize pickup truck, they want a truck that’s powerful, capable, and most importantly, able to get the job done. The Honda Ridgeline combines all of these factors with a versatility that buyers love.

Though the Honda Ridgeline may not be a top choice for off-roading, it makes up for it with a smooth ride and plenty of space in the cab.

However, several other trucks make the cut. Our favorites include the Ram 1500, the Ford Maverick, and the Nissan Frontier. Here are 12 pickup trucks that are similar to the Honda Ridgeline. 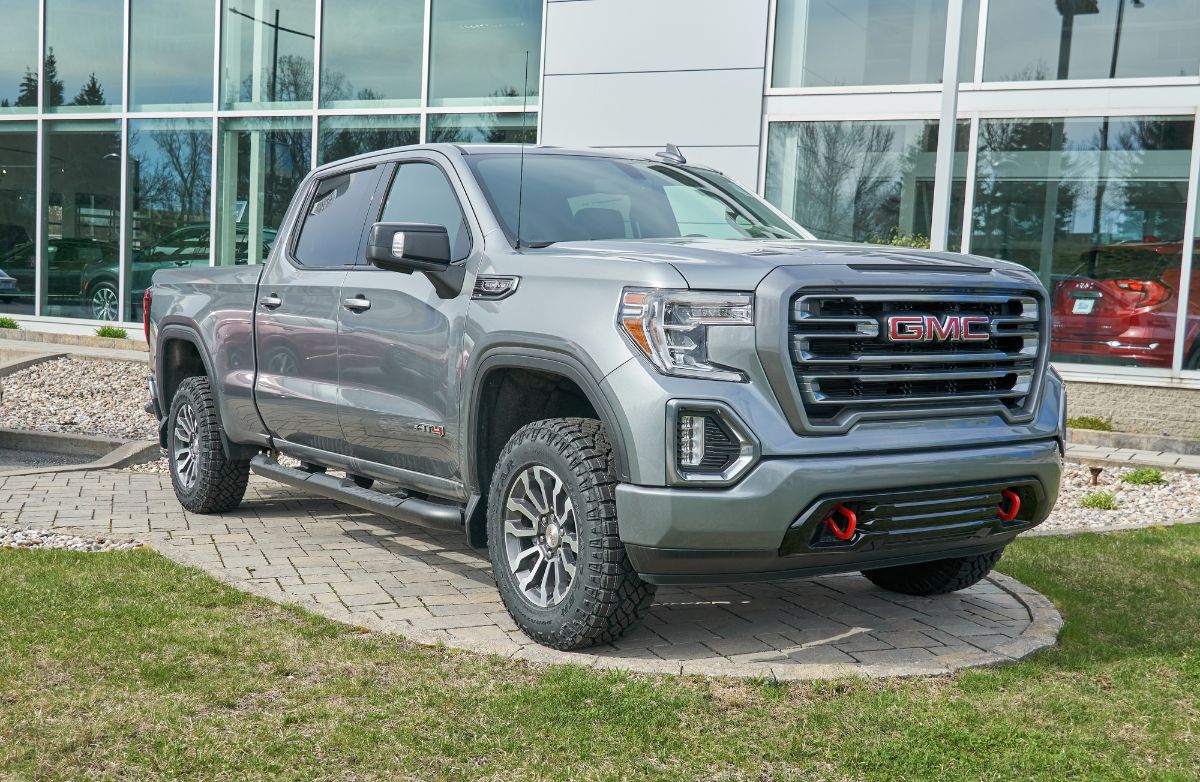 As a midsize pickup truck, the GMC Canyon already has a lot in common with the Honda Ridgeline, including the sturdy but contemporary design. It does lack some of the interior features that the Ridgeline has to offer, but it has other impressive capabilities, many of which other midsize pickup trucks lack.

Plus, a lot of buyers overlook the lack of features when they realize that the starting MSRP is $26,800, which is much lower than that of the Ridgeline. Its towing capacity is similar to the Ridgeline, though, ranging between 3,500 and 7,000 pounds.

It has 181 to 308 horsepower, depending on the configuration. This vehicle uses gasoline, and it gets  up to 30 mpg highway. It can seat either 4 or 5 people. 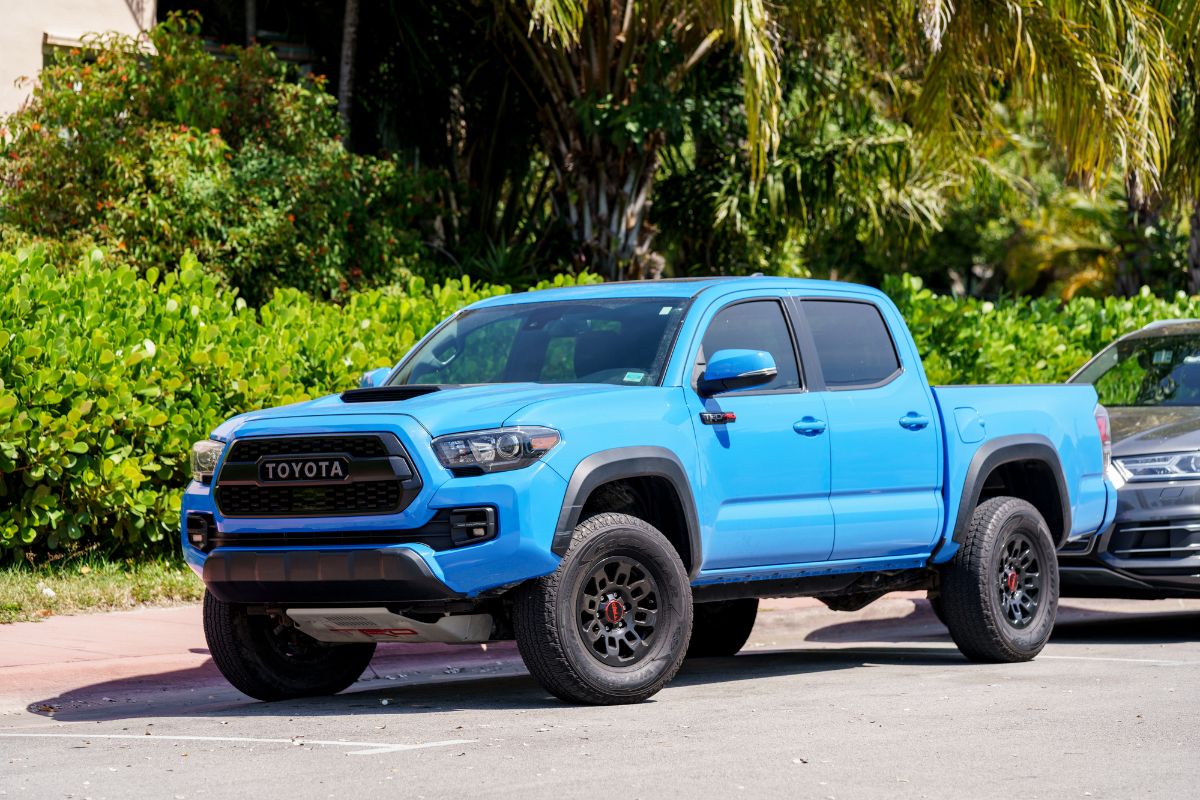 The Toyota Tacoma is one of the most popular pickup trucks on the market in 2022. With 6 trim levels, it leaves a lot of room for customization. The starting MSRP is $26,700, which is much lower than the Ridgeline’s starting MSRP.

However, the cost goes up with each trim. This midsize truck has similar capabilities to the Ridgeline. Its powerful design gives buyers an early idea of what it can do. It goes from 0 to 60 in 7.7 seconds, it has a 159 to 278 horsepower engine, and it can tow 3,500 to 6,800 pounds.

The Tacoma does leave something to be desired in the fuel department, since it only gets up to 23 mpg highway. It can seat either 4 or 5 people, depending on the trim. 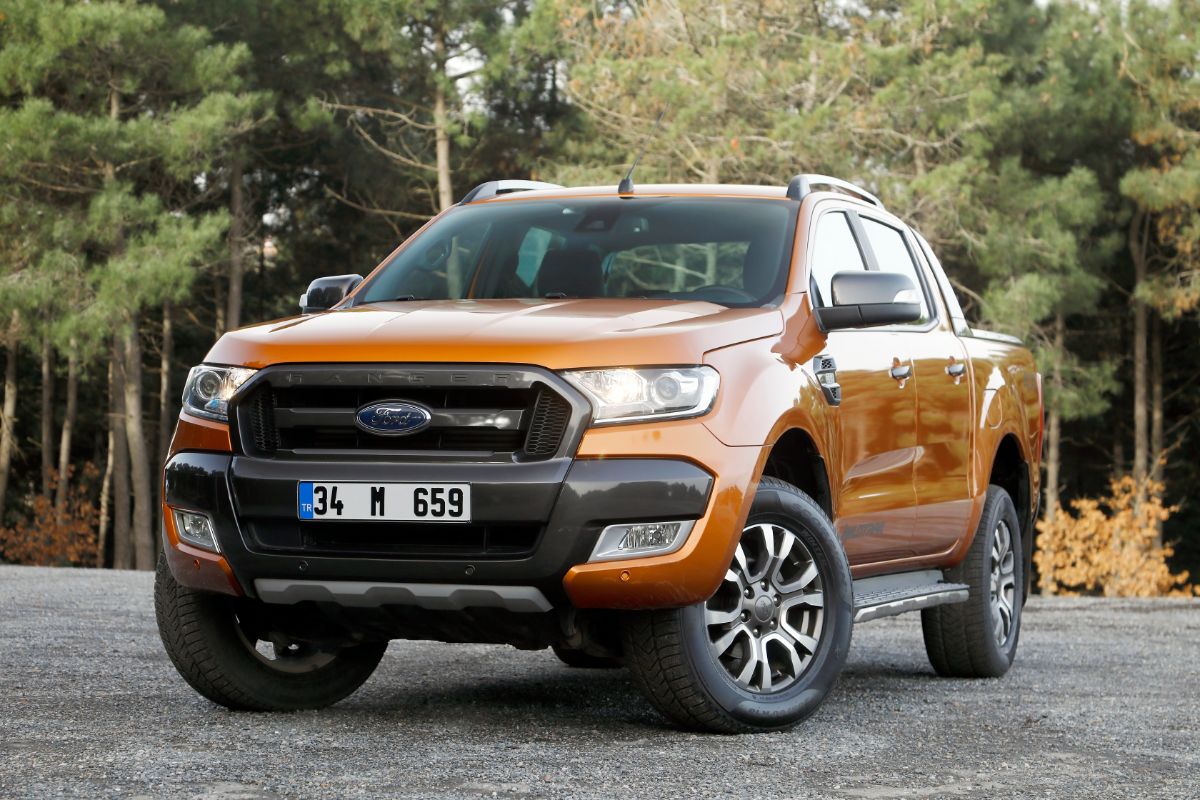 The Ford Ranger is a sturdy, reliable pickup truck without a lot of frills. It has a somewhat more streamlined design than some other pickup trucks, but it doesn’t draw much attention to itself. Although it doesn’t have a lot of “extras,” it still has a lot to offer at a reasonable price.

For everything it has in common with the Ridgeline, it starts at $25,500. On the negative side, customers seem underwhelmed by the interior. On the positive side, the Ranger ranks high for safety and performance. 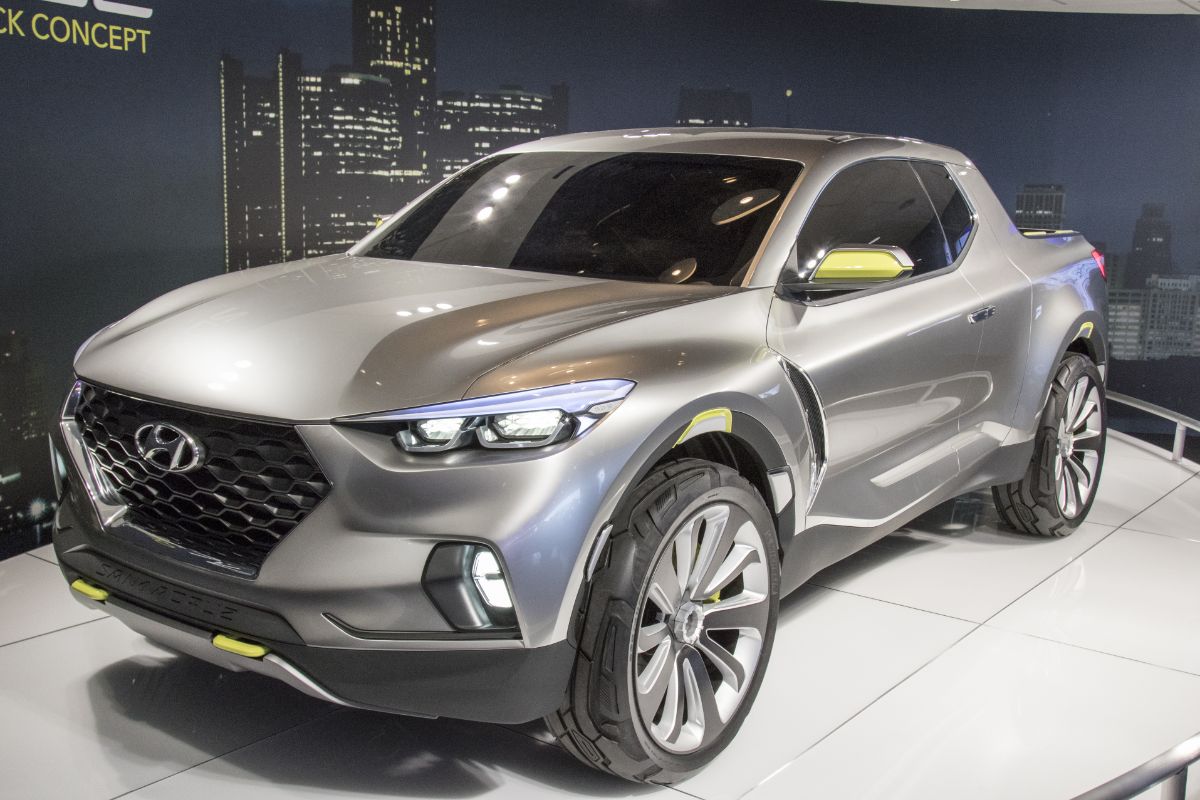 With its sleek and almost sporty design, the Hyundai Santa Cruz catches a lot of attention on the road. It has many similarities to the Honda Ridgeline, including versatility, a smooth driving experience, and plenty of space in the cargo bed.

Also like the Ridgeline, the Santa Cruz has a comfortable interior. That said, it shares some downsides with the Ridgeline too. For instance, it may not be your go-to for off-roading. 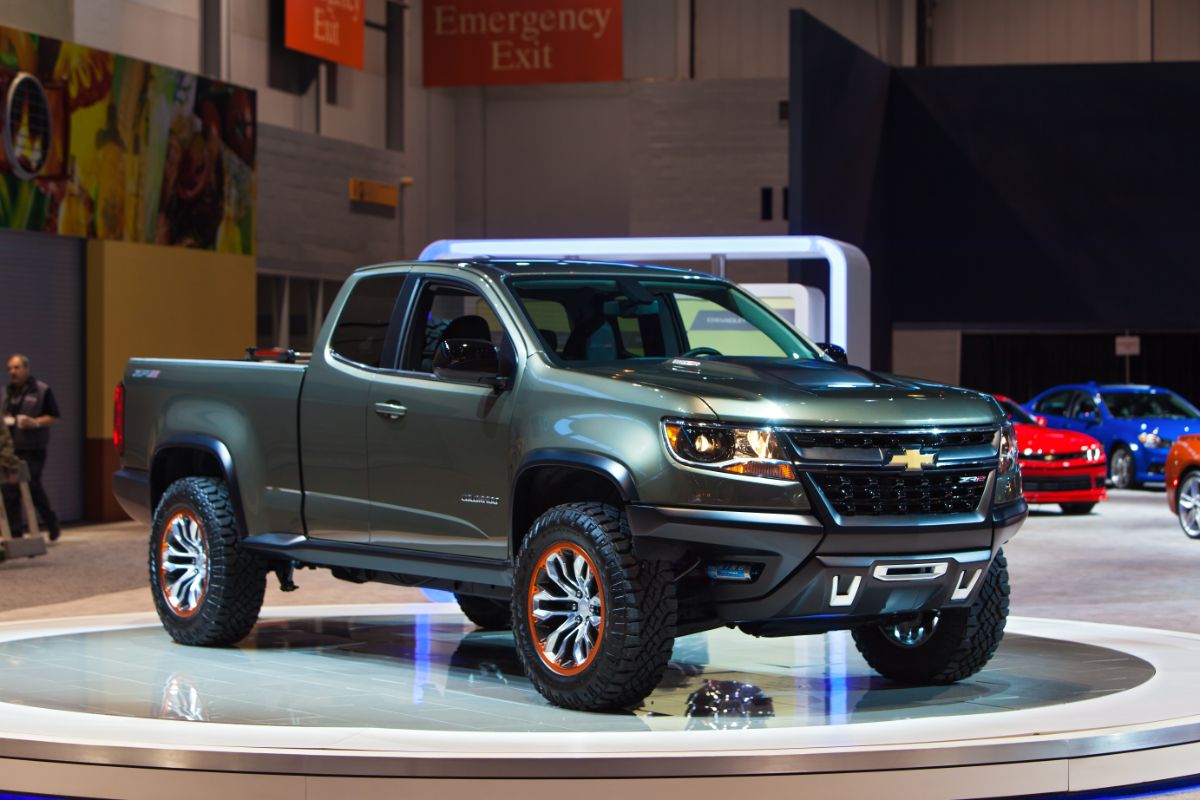 The Chevrolet Colorado has a lot to offer, including a high safety rating. It’s a bit more boxy than the Ridgeline, but it does have similarities. For instance, this capable truck offers a smooth driving experience.

It also has a lot of versatility, which is one of the best things about the Ridgeline. It’s more affordable than the Ridgeline, though, starting at $25,435. 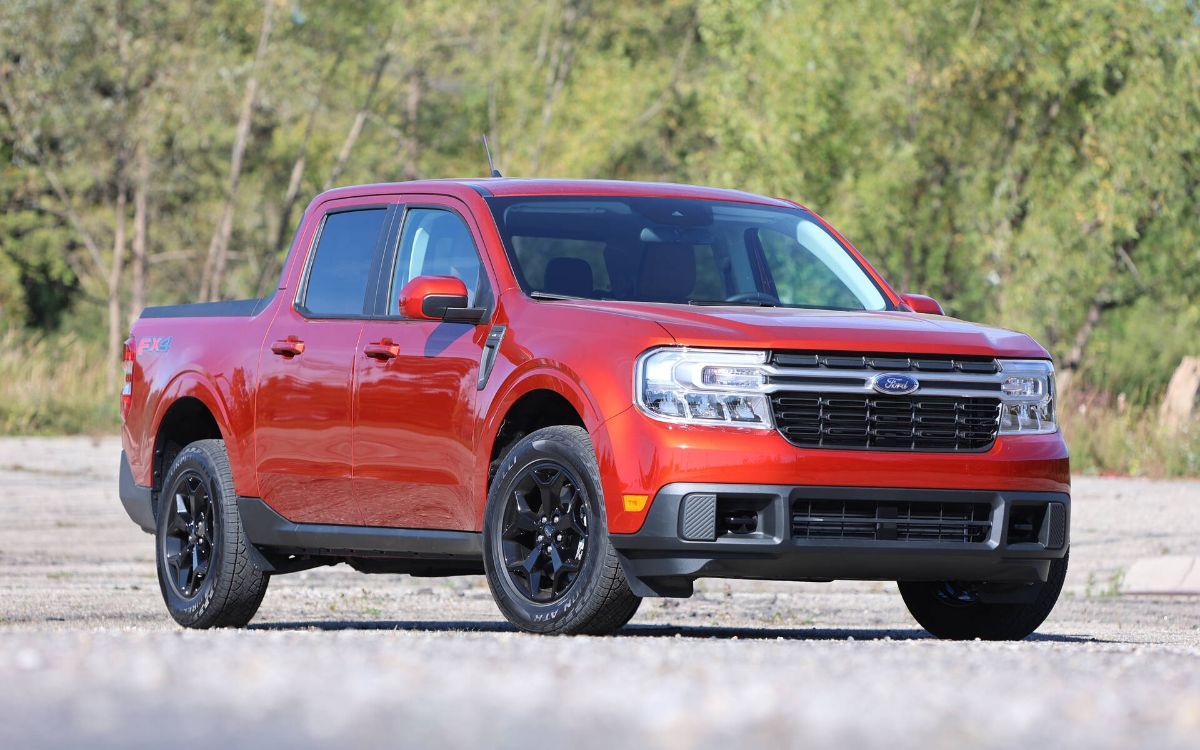 The stylish Ford Maverick has all the roominess of the Honda Ridgeline, but it still has a medium build. And although it starts at $19,995, this truck actually has some advantages over the Ridgeline.

Thanks to its hybrid engine, the Maverick gets great gas mileage for a pickup truck, with up to 42 mpg city and 33 highway. It gets up to 250 horsepower and can go from 0 to 60 in 6.4 seconds, which isn’t too far off from the Ridgeline.

It also has 5 seats. Granted, the lower cost does come with a few sacrifices. With the Maverick, the ride isn’t quite as smooth as it is with the Ridgeline. And it can only tow 2,000 pounds. For a lot of drivers, though, those sacrifices don’t make a big difference, especially when they consider the savings.

The Nissan Frontier has been updated for 2022, and those updates have made it pretty similar to the Ridgeline. This mid-sized truck has some new interior technology, and though it’s not quite as smooth and comfortable as the Ridgeline, it’s a big step up from the last Frontier model.

If comfort is a big priority, the Ridgeline may be the better choice. However, consider the Frontier if you plan to take your truck off the road. This truck has some off-roading capabilities that the Ridgeline doesn’t have.

With its 310 horsepower engine, the Frontier can tow up to 6,720 pounds. This car has a bold and weighty design, but that weight does slow it down a bit. It takes 7.9 seconds to reach 60 mph.

The extra weight also affects its fuel economy. This truck only gets up to 24 mpg highway. It seats up to 5 people and has a starting MSRP of $28,340. 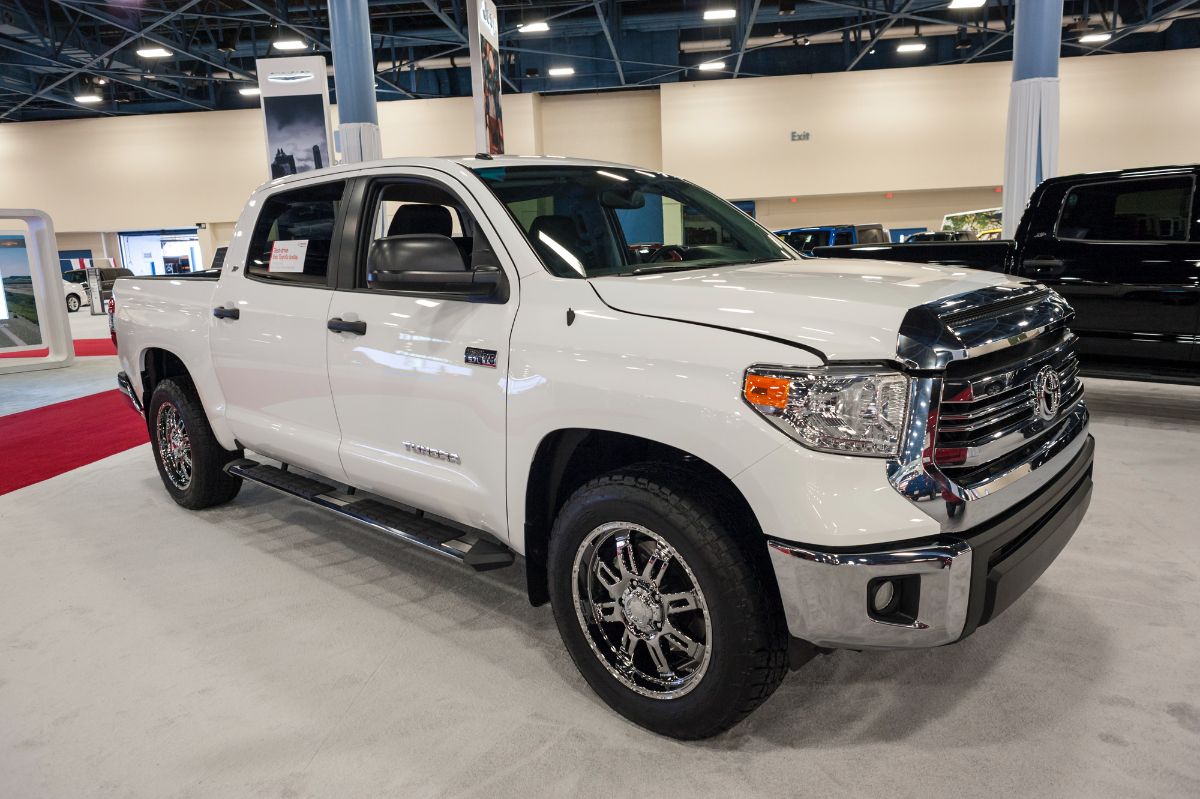 The Toyota Tundra is a rugged but stylish truck. It’s bigger than the Ridgeline, but its technology and comfort make it similar. It also has an identical fuel economy: up to 18 mpg city and 24 mpg highway.

Because it’s a full-sized truck, the Tundra can tow up to 12,000 pounds, and of course, it offers more room overall. It offers up to 389 horsepower and can go from 0 to 60 in as little as 6 seconds.

And in spite of the fact that this car is bigger than the Ridgeline, it also has a lower starting MSRP of $35,950. The Toyota Tundra can seat up to 5 people. 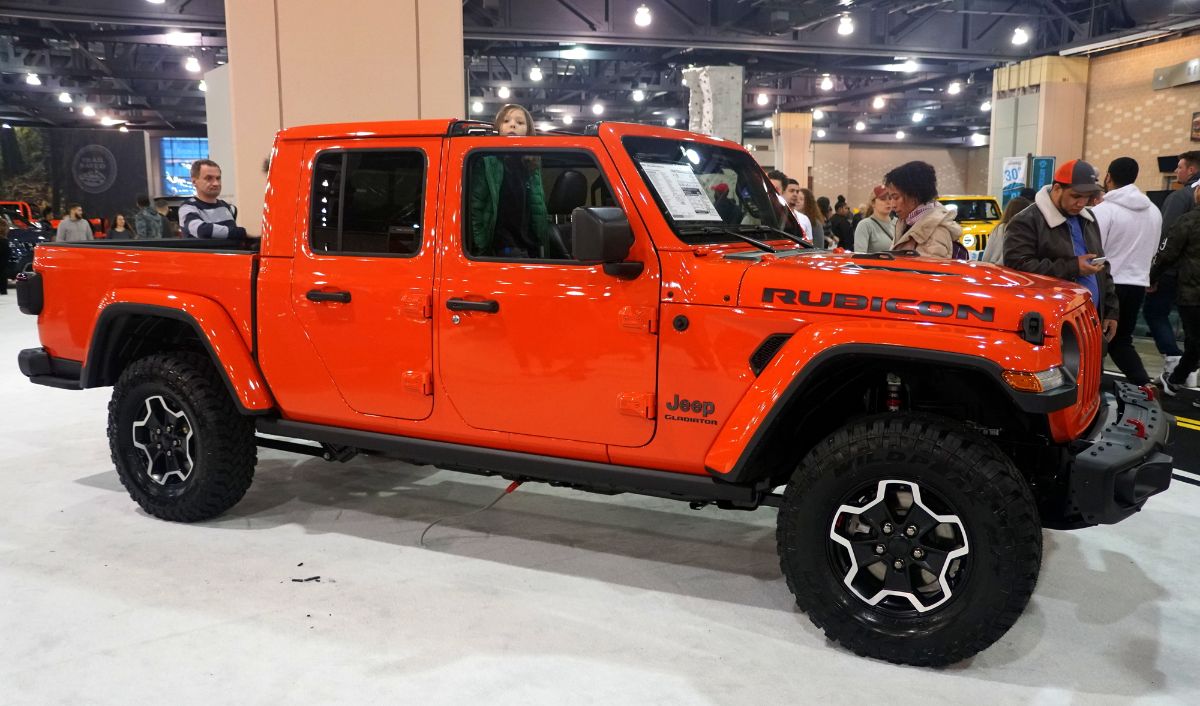 On the outside, the Jeep Gladiator looks nothing like the Honda Ridgeline. It has a very distinct design, and it couldn’t be mistaken for anything other than a Jeep. Still, it makes this list for two main reasons: its overall size and its roomy cabin.

Keep in mind, though, that the space in the cabin takes away from the space in the bed. Its 285 horsepower engine also makes the Gladiator similar to the Ridgeline. In spite of its hefty appearance, it still has an impressive amount of speed for a pickup truck, reaching 60 mph in just 6.1 seconds.

Plus, it can tow up to 4,500 pounds. It also gets up to 28 mpg highway, which, though not extremely impressive, is better than the Ridgeline’s fuel economy numbers. The Jeep Gladiator starts at $36,085 and can seat up to 5 people. 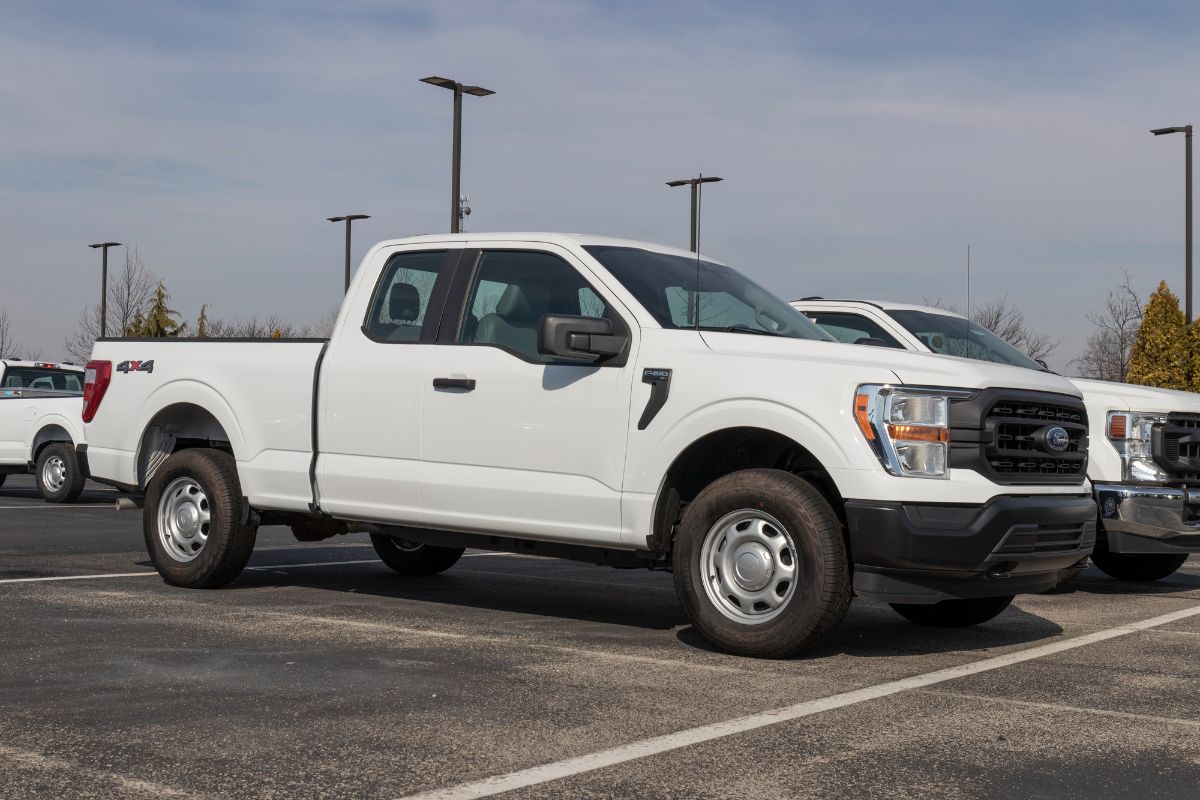 With six trim options, the 2022 Ford F150 offers a lot of variety. The F150 has a rugged style that matches its rugged abilities. It has a few similarities to the Ridgeline, including its driving capabilities and interior features. It has a starting MSRP of $29,990.

However, keep in mind that the price increases a lot with each trim. This full-sized pickup truck can tow up to 11,300 pounds, and it offers up to 450 horsepower. The standard F150 only gets 25 mpg highway.

However, it does have a hybrid model, which offers a much better fuel economy. This truck also reaches 60 mph in 6.2 seconds. The Ford F150 seats 3 to 6 people, depending on the trim. 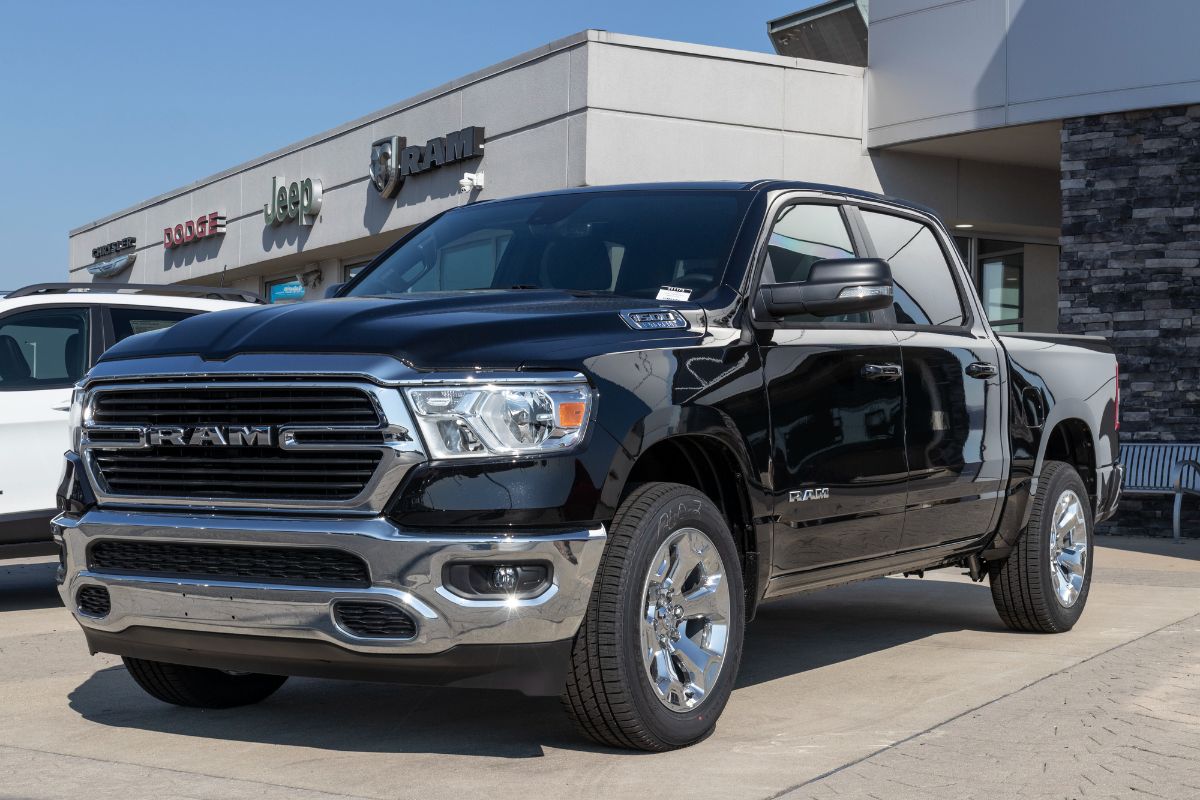 It also offers a level of luxury that most other pickup trucks don’t offer. It has a smooth driving experience, much like the Ridgeline, and its interior is luxurious.

This truck has a sleek style compared to other pickups. It can reach 60mph between 5 and 9 seconds, depending on the configuration. The Ram 1500 seats up to 6 people and gets up to 33 mpg highway. 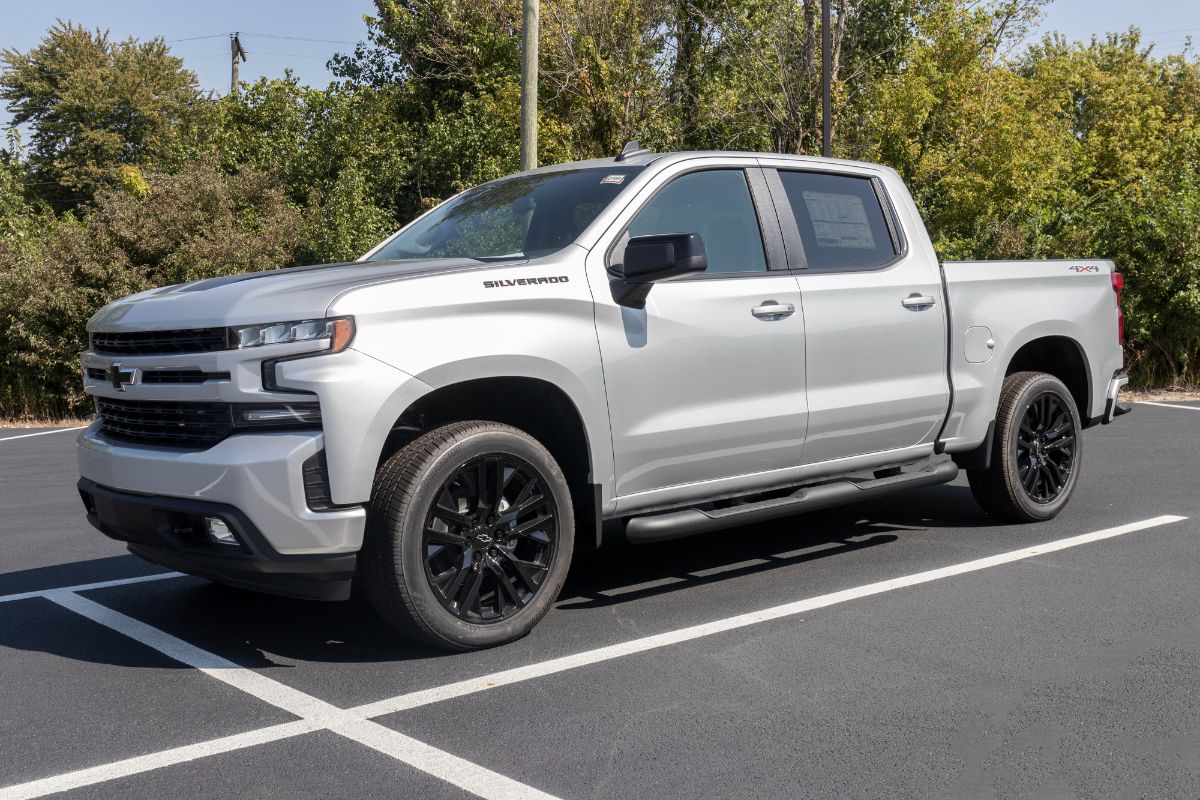 Starting at $30,400, the Chevrolet Silverado 1500 offers many of the same things that the Honda Ridgeline has to offer. This truck has many of the Ridgeline’s interior features. As a full-sized truck, it provides a lot of room for passengers.

The Silverado 1500 does sacrifice some smoothness for its working capabilities. However, those capabilities include up to 420 horsepower and the strength to tow up to 11,000 pounds.

It gets up to 31 mpg highway and can reach 60 mph in an impressive 5.4 seconds. Some configurations can seat up to 6 people.