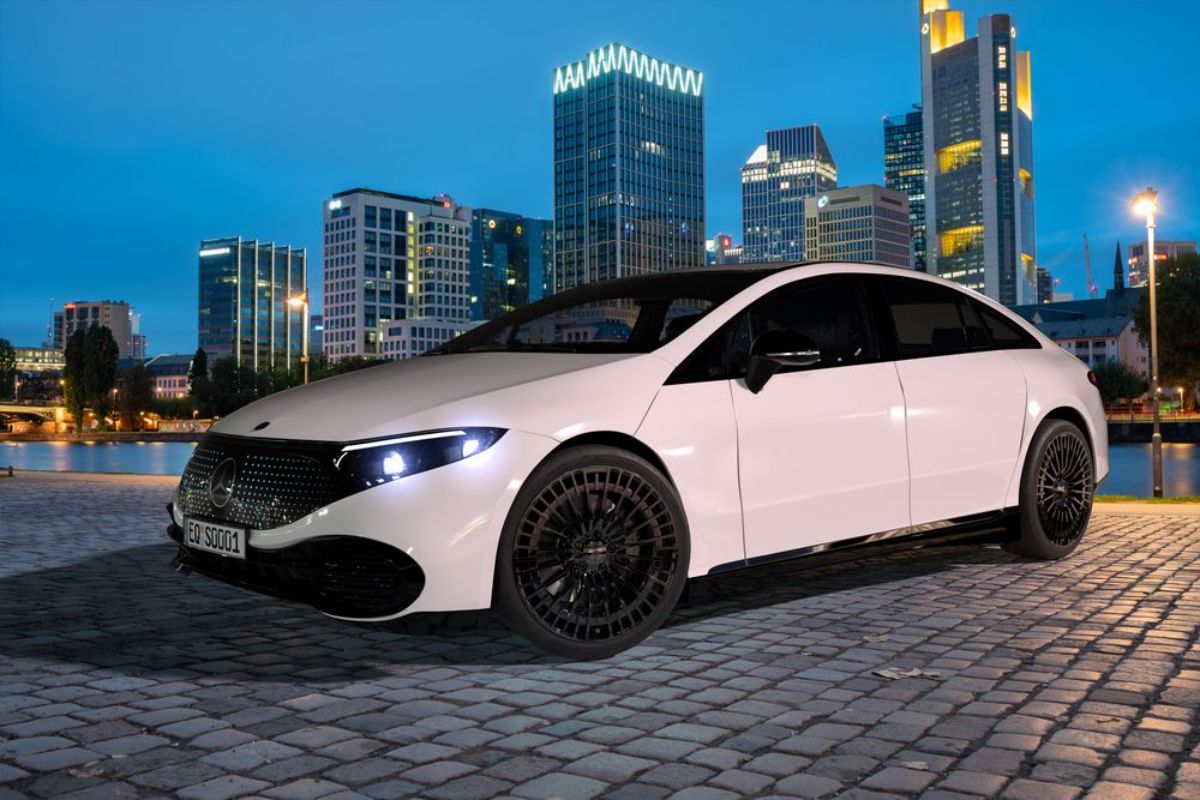 What I like: Incredible interior elegance with a big and serene cabin as well as spectacular drive capabilities make the EQS the greatest luxury electric sedan of 2022.

The Mercedes-Benz EQS 450+ boasts a range of 422 miles, AWD, two electric motors, as well as (impressively!) the capacity to self-pilot on some smoother types of terrain — for instance, on the interstate.

It also comes with an outstanding three-screen dashboard, giving a remarkable cabin entertainment experience. As far as numbers go, the AMG EQS 53 4MATIC+ can attain a top speed of 137mph.

Of course, by now you know we give you only the best options even though it may leave you in a quandary not knowing which to buy.

At least you’ll know that whatever you get, is among the elite. Hope you enjoy these cars as much as we enjoyed driving some and writing about them! 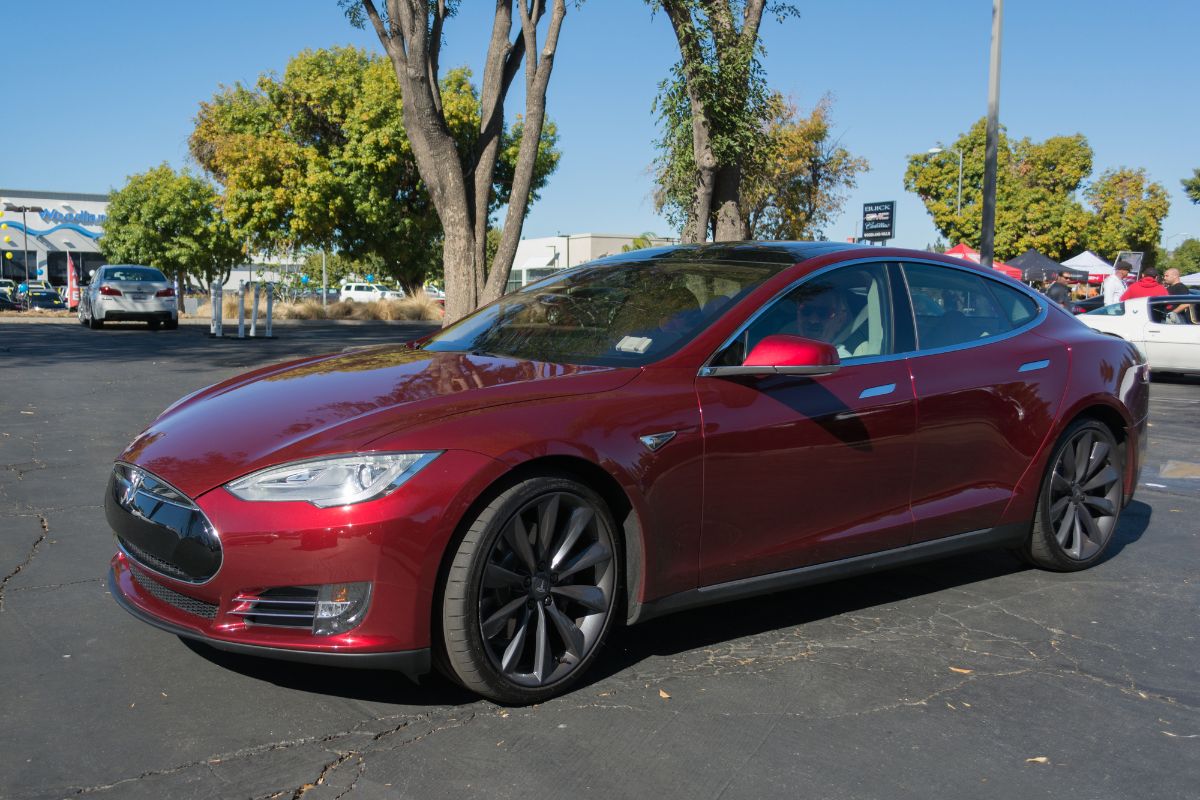 What I Like: The Tesla Model S has a simple interior with a large touchscreen screen, along with many of the high-tech amenities that have become distinctive with the Tesla nameplate.

Whenever it comes to e-car supremacy, it’s safe to say Tesla is in the driver’s seat. In the last several years, the brand has introduced a slew of popular electric vehicles, each with unique features.

The Tesla Model S, which debuted in 2012, was a vehicle packed to the gills with cutting-edge technology and amazing performance numbers.

It was the globe’s first long-distance electric car, and it has only improved since its debut. The model for 2022 is even more feature-rich.

It is capable of producing between 670 and 1,020 horsepower. Traditional 24-volt charging takes eight to ten hours, but Tesla’s V3 Supercharger cuts that time down to just 75 minutes. 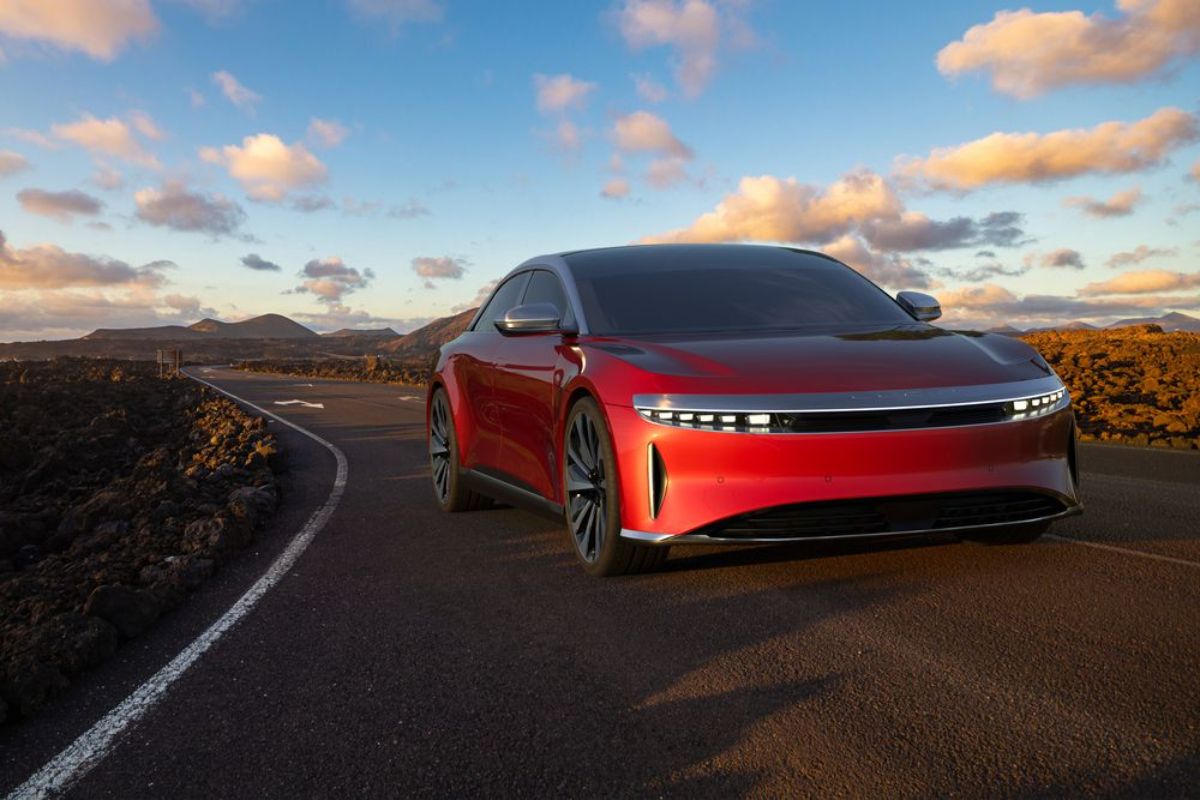 What I Like: When it comes to the electric car market, Lucid Air is regarded as one of the most out-of-the-box offerings. It has 480 to 804 horsepower.

It has an EPA range grade of up to 520 miles, unheard of in a car, making the Lucid Air one of the most talked-about vehicles of the year.

Since it was Lucid Motors’ first product, the car set a new bar for rivalry with other automakers like Tesla. Are you shocked? Big, groundbreaking things are what we’re talking about when we talk about Lucid Motors. 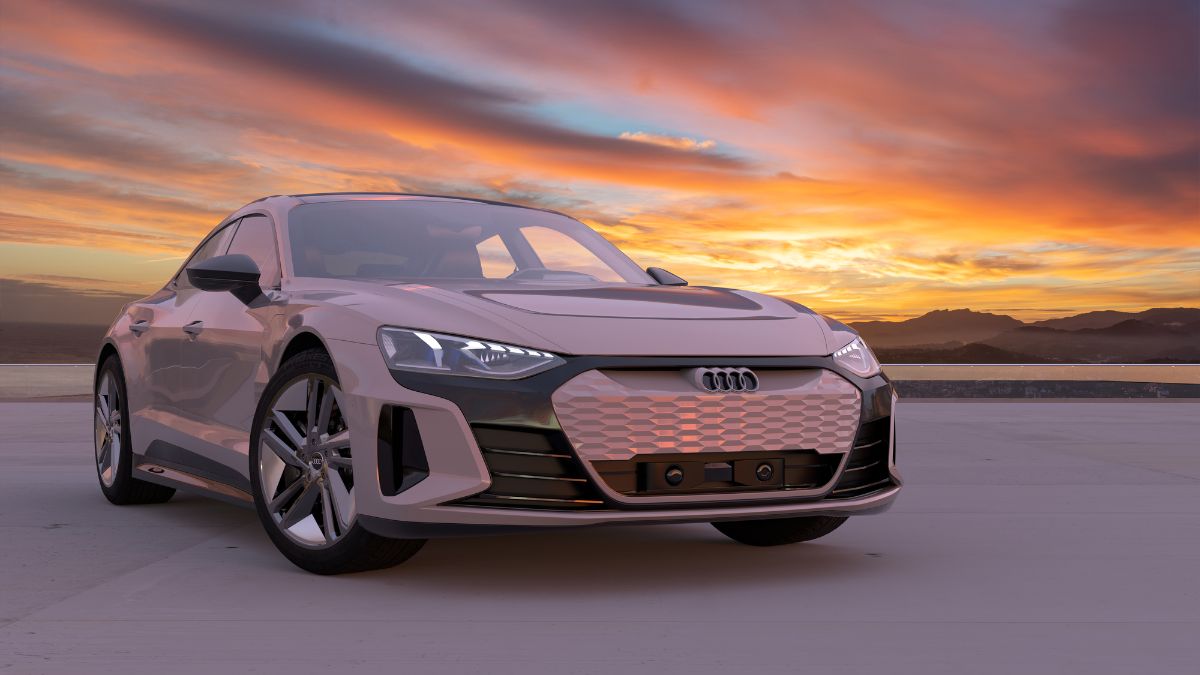 What I Like: The RS GT is a magnificent touring car. Even though it runs so quietly, you might be surprised to see the large numbers on the speedometer.

When you equip the e-Tron automobile with elective Power Steering, the steering action is minimal at low speeds.

Electric cars’ low, heavyweight helps them maintain a solid cornering position, and their 590 hp is more than sufficient to roll your eyes positively.

The GT’s greatest limitations stem from the fact that it does not have the longest range or the fastest or most flashy thrill experience.

Rear-wheel steering is available as an option for the RS. For high-speed stability, the rear wheels revolve in sync with the fronts; below 30 mph, the rears turn in the opposite direction to reduce maneuverability.

Both the 522-hp e-Tron GT and the 637-hp RS e-Tron GT versions of the all-wheel-drive GT are available. Launch control is required to use all of those horses, and even then, the power is only available for 2.5 seconds. 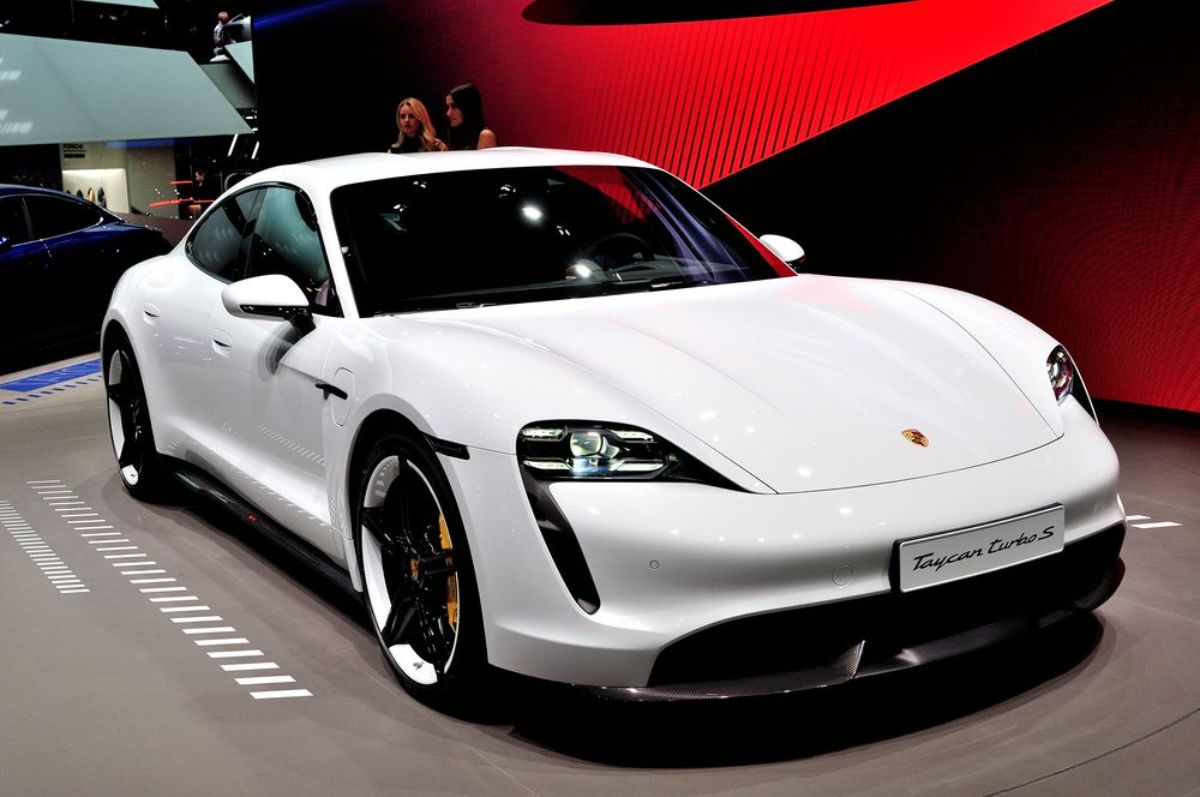 Similarity to Mercedes EQ EQS: Both have a sleek look and drive great!

What I Like: As envisioned, the Porsche Taycan has a powerful engine, dynamic styling, and a streamlined overall appearance.

In 2022, Porsche will expand its lineup to include new models based on the Taycan’s success. There are now several Tourismo variants of the Taycan available, in addition to the basic model.

As the first production electric vehicle to feature a two-speed transmission as well as an 800-volt power source, the Taycan promises better speed and nearly identical recharge periods. It has a power range of 321–616 horsepower.

Although it lacks the Turbo’s 201-mile range, it is still a great contribution to the electric vehicle market, despite its shortcomings.

The automobile battery can go from 5percent to 80percent in 22.5 minutes thanks to its 800-volt electrical layout. 240-volt chargers, on the other hand, take closer to 12 hours to recharge, even though fast chargers are uncommon.

In addition to active blind-spot assist as well as a 360-degree exterior video system, a heated steering wheel, a 12-speaker Bose radio system, the Premium Plus variant offers a slew of luxury features. 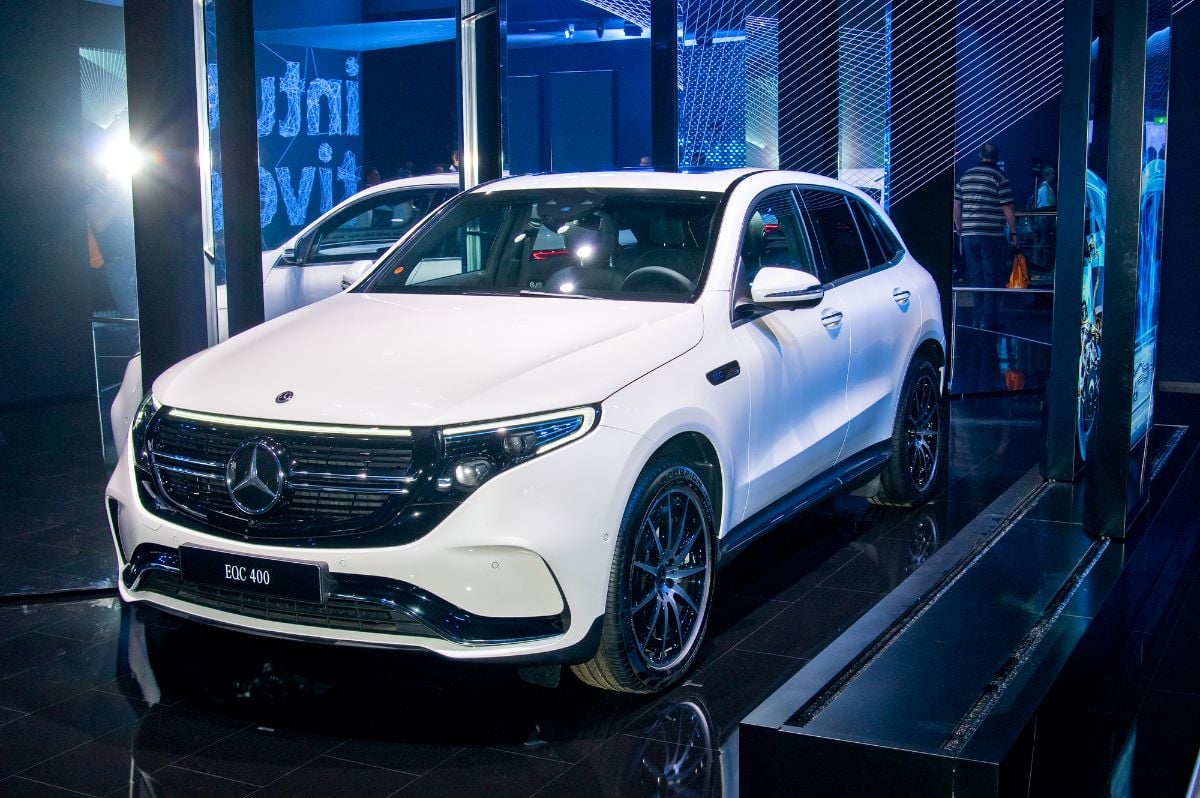 Similarity to Mercedes EQ EQS: It’s like a smaller version of the EQS, but still luxurious, comfortable, and fast.

What I Like: The Mercedes-Benz EQC is a luxurious automobile in every sense of the word. It’s designed to be more luxurious than its competitors, with a cabin that’s plusher and plusher than many others in the industry.

It’s a sleek, curvy vehicle that defies the stereotype of an electric vehicle. No gimmicks or renegade features have been incorporated; it’s a good illustration of Mercedes at its best.

If you’re looking for a fun ride and a lot of useful features, this is your best bet, just not the fastest ride you’ll get through.

In the EQC, five people can sit comfortably to enjoy its 200-mile driving range. It has a 10 hour recharge time from 10 percent to 100 percent.

The interior of this Mercedes-Benz S-Class features subtle brushstrokes of color and only the finest materials, as with other Mercedes models.

It offers a state-of-the-art navigation system that includes a Wi-Fi hotspot, Android Auto, and Apple CarPlay. It’s a high-end vehicle with all the bells and whistles you’d expect from the brand. 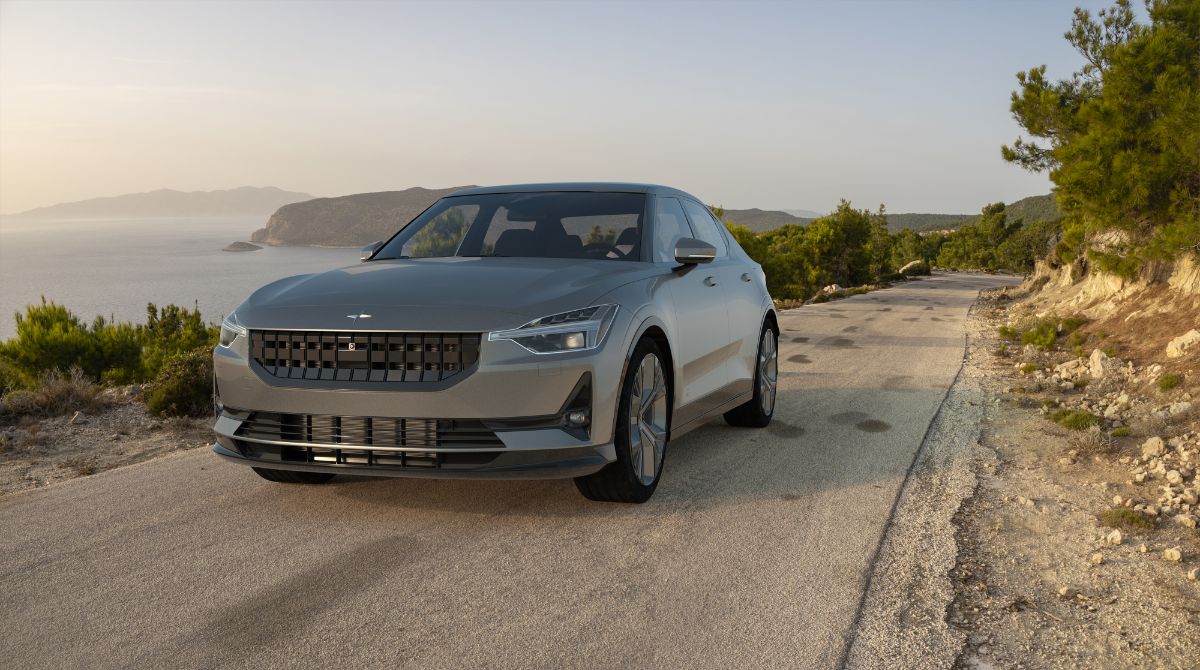 What I Like: Polestar 2 is all about personalization, and it does it to the fullest extent. This electric vehicle has a slew of novel features that push the boundaries of what future customers will expect from a vehicle of this type.

Volvo and its parent firm, Geely, hold the Polestar brand, which began selling electric vehicles in 2017 to compete with Tesla.

As of February 2019, the Polestar 2 is a 5-door hatchback with a projected 292-mile range and more than enough acceleration. Further, in 2022 or 2023, we anticipate the Polestar 3, an all-electric SUV, to be available.

Integrated Google services including Google Play Store, Maps, and Assistant are available to riders for the first time in a vehicle. In 4.7 seconds, it can go from zero to 62 mph and is intended for both performance and practicality.

At its foundation, this brand promises a car that knows its driver via its smartphone and modifies its seat accordingly. Additionally, the car’s infotainment system will display the driver’s most frequently used home screen apps. 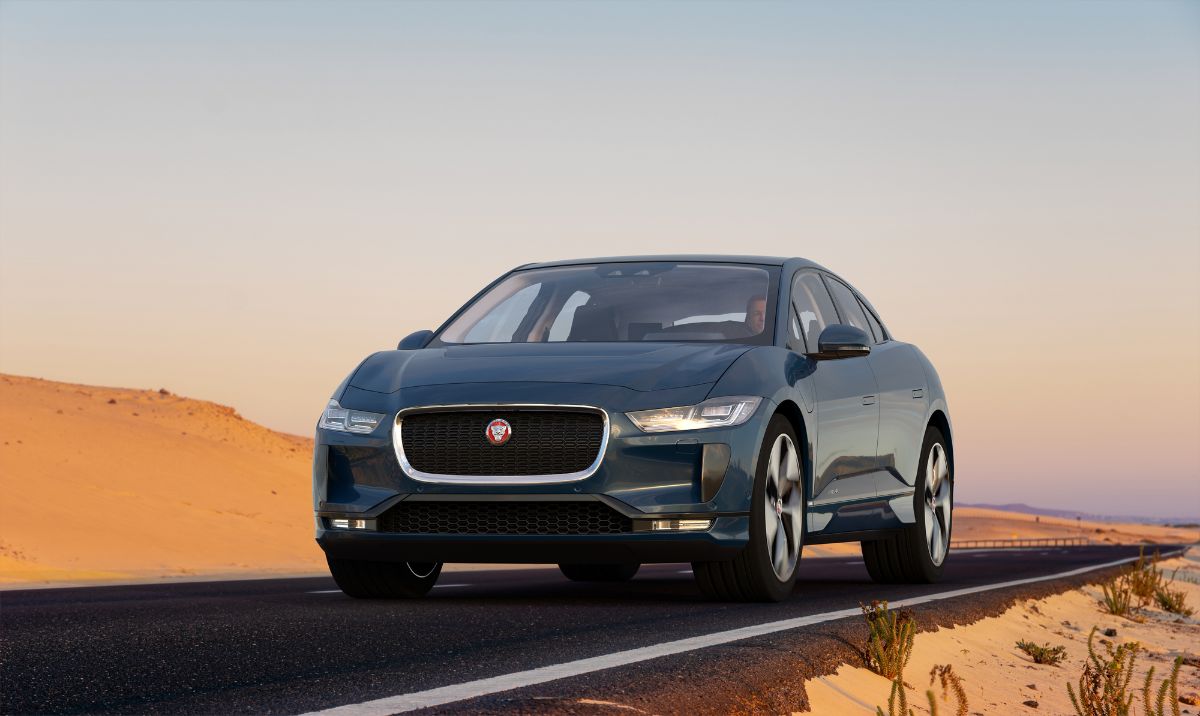 What I Like: Branding and aesthetics create a statement when they combine speed and calmness with smooth and engaging driving characteristics.

Electric motors that generate a joint 512 pound-feet of torque and 394 hp, propel the I-Pace’s basic AWD. Using this energy, you may zip through city traffic and overtake slow-moving vehicles on the highway with ease.

As a result of its air suspension and responsive steering, the I-Pace provides an enjoyable ride. The electric Jag’s gravity center lowness occurs due to a large battery pack under the floor. 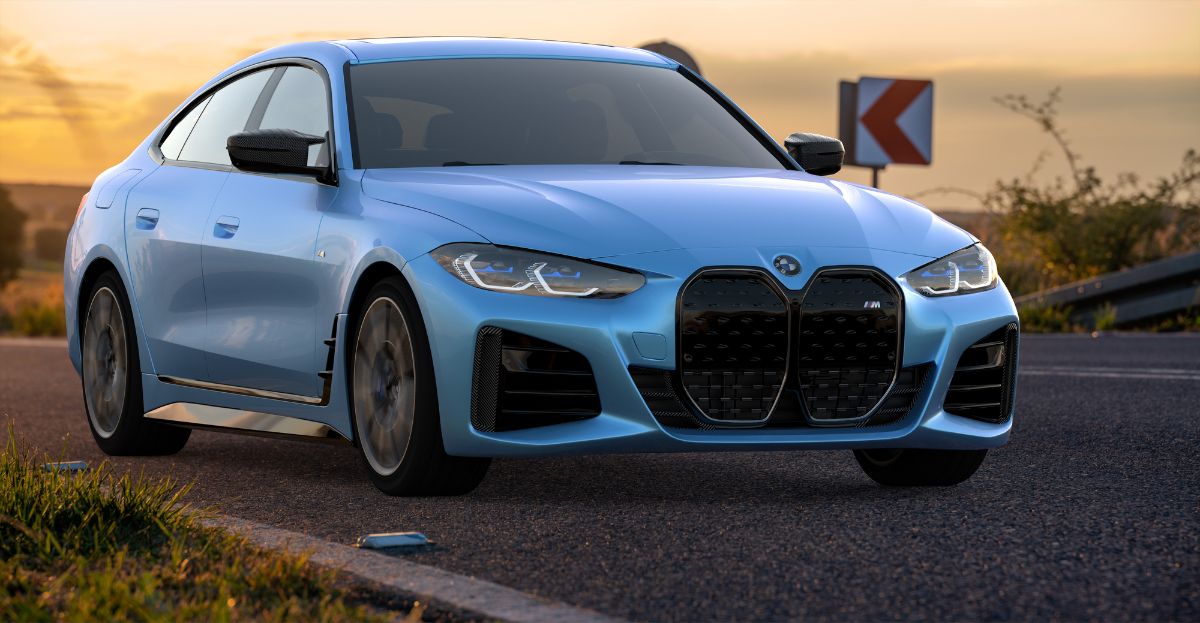 What I Like: The M50 model is less expensive than an M3 while offering the same level of performance. The cabin is exceptionally silent, and the dashboard-mounted display is stunning.

The 2022 i4 car is the next addition to BMW’s electric vehicle lineup, which includes the i3, i8, and i8 xDrive. The i4 coupe boasts low-slung four-doors in the style of the 4-series Gran Coupe.

That’s derived from BMW’s most recognized model, the 3-series. The Polestar 2, as well as the Tesla Model 3, are some of the vehicles it compares to.

Electric motors in the eDrive40 model produce 335 horsepower, while the M50 model adds a motor in the front to produce 536 total horsepower. 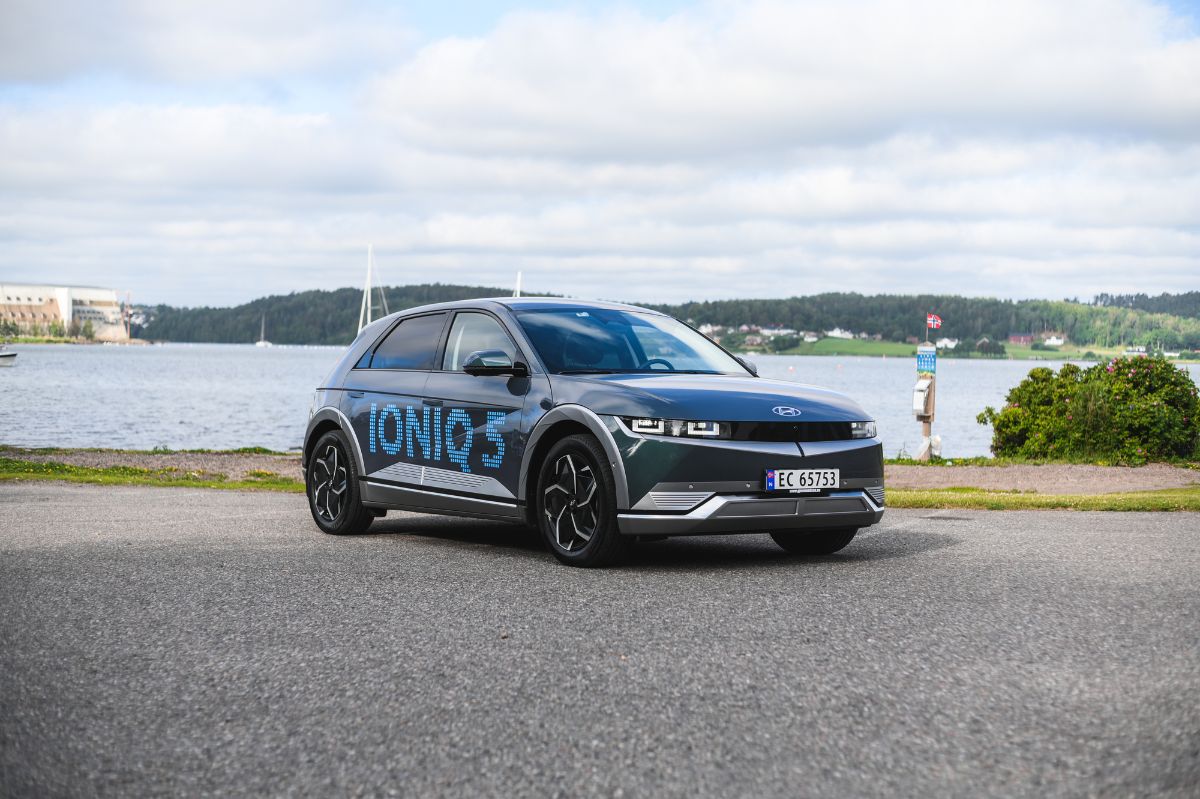 What I Like: New for 2022, the Hyundai Ioniq 5 is a tiny crossover with modern technology, a futuristic appearance, and a configurable interior.

The 2022 Ioniq 5 is the first of a slew of planned EV cars to bear the Ioniq label, which is designed as a Hyundai subbrand. It does have a 303-mile driving range and can be charged at a rate of 350 kW per hour.

Power output ranges from 168 to 320 horsepower, depending on whether the vehicle is RWD or AWD.

Among the Ioniq 5’s eco-friendly features are a tech-centric dashboard, power-reclining front seats featuring footrests, and ample interior room for the occupants. 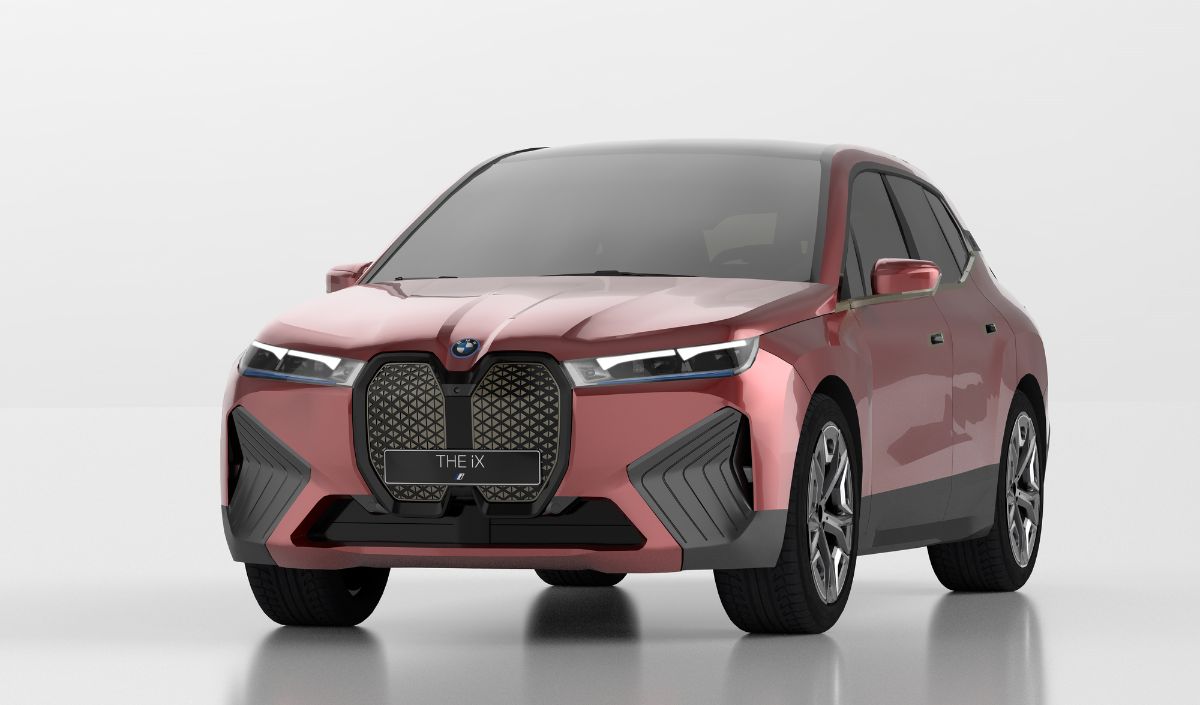 What I Like: The interior of the BMW iX is just as striking as the outside. Its sleek form and compact dimensions make it an ideal electric car for city dwellers. In terms of performance, the iX is refined and silent on the roadway.

It has a 380-mile range with full power. Even though it’s mostly a good vehicle for traveling. BMW’s innovative Flexible Fast Charger is standard equipment on the iX.

To determine the most effective charging speed, the cable is compliant with 120V as well as 240V sockets. With a 240V connection, a full charge from 0percentage to 100percent can be obtained in less than 12 hours.

The M60 as well as the xDrive50 are equipped with powerful electric motors that produce plenty of force for a 300-mile range on a single charge. The xDrive50 produces 516 horsepower, while the M60 produces 610 horsepower. 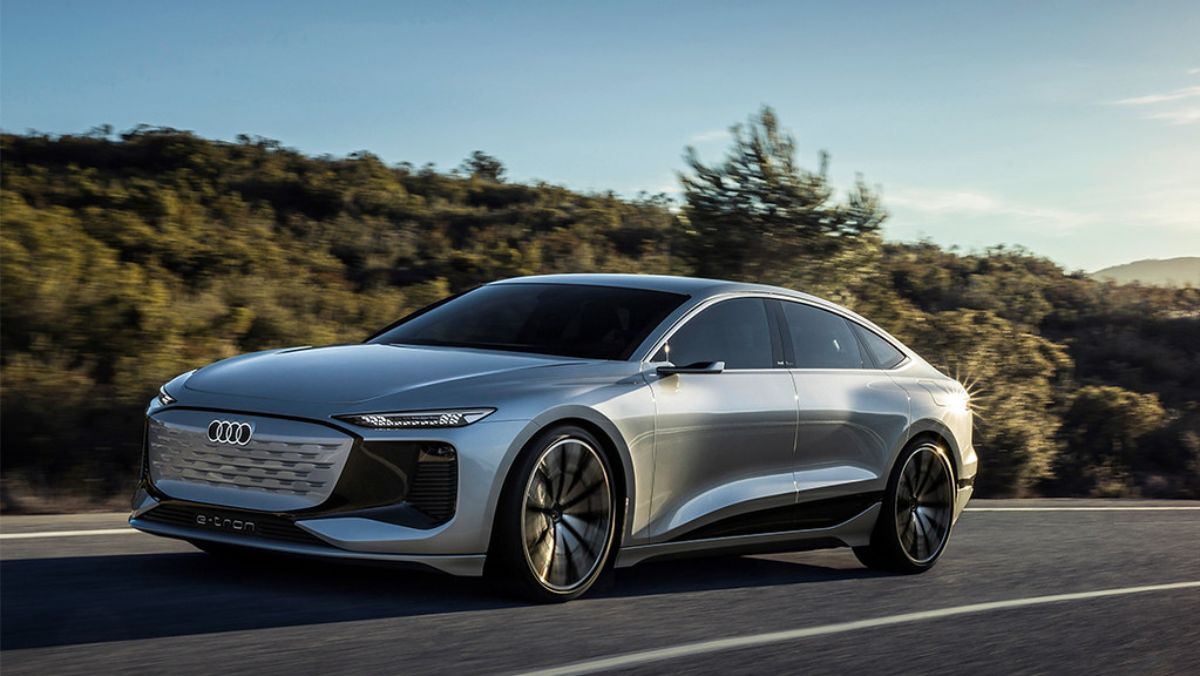 Trim levels are Premium, Premium Plus, and Prestige.

What I Like: Audi loves to keep ahead of the curve once it relates to electric automobiles, with a 469hp model. Even more impressive is the sleeker than ever Audi A6 e-Tron, which exemplifies all the brand stands for and more.

Even though its new body design makes it look more like an A7 than an A6, the 2022 A6 retains the best attributes of the A6.

There is no better way to show off your wealth than by driving an automobile that can recharge from 5percent to 80percent in around 25 minutes.

Drivers can cover over 700 km on a single charge, and the Audi A6 e-Tron can accelerate from zero to 60 miles per hour in under four seconds, too. 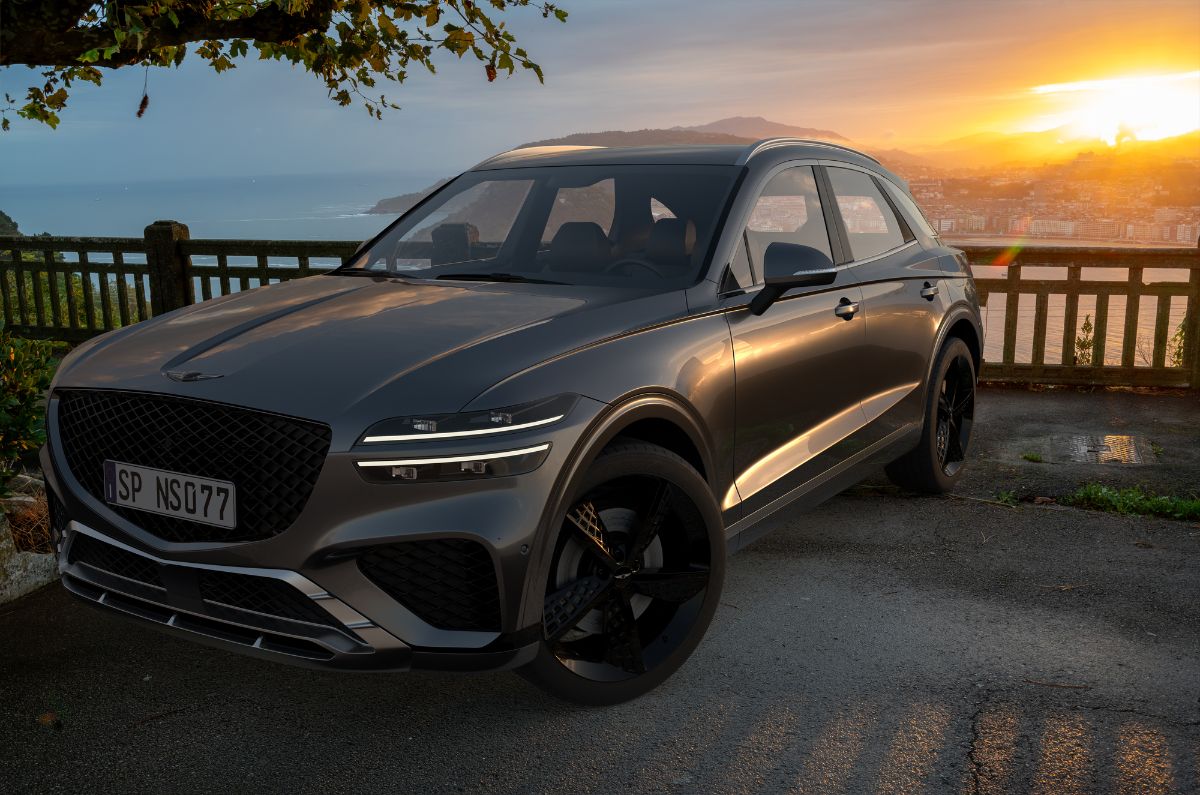 What I Like: Genesis says that you can charge the Electrified GV70 as much as 80 percent in under 20 minutes by using a 350-kW fast charger along with what they refer to as a multi-rapid charging system.

It’s possible to use the Electrified GV70, similar to the Ioniq 5, as an auxiliary power bank with a 3.6 kW output to power electric appliances beside the car using a feature called vehicle to load (V2L).

Genesis has only stated that the GV70’s Electrified form has dual electric motors and can provide up to 483 hp in a boost setting in its Electrified car. 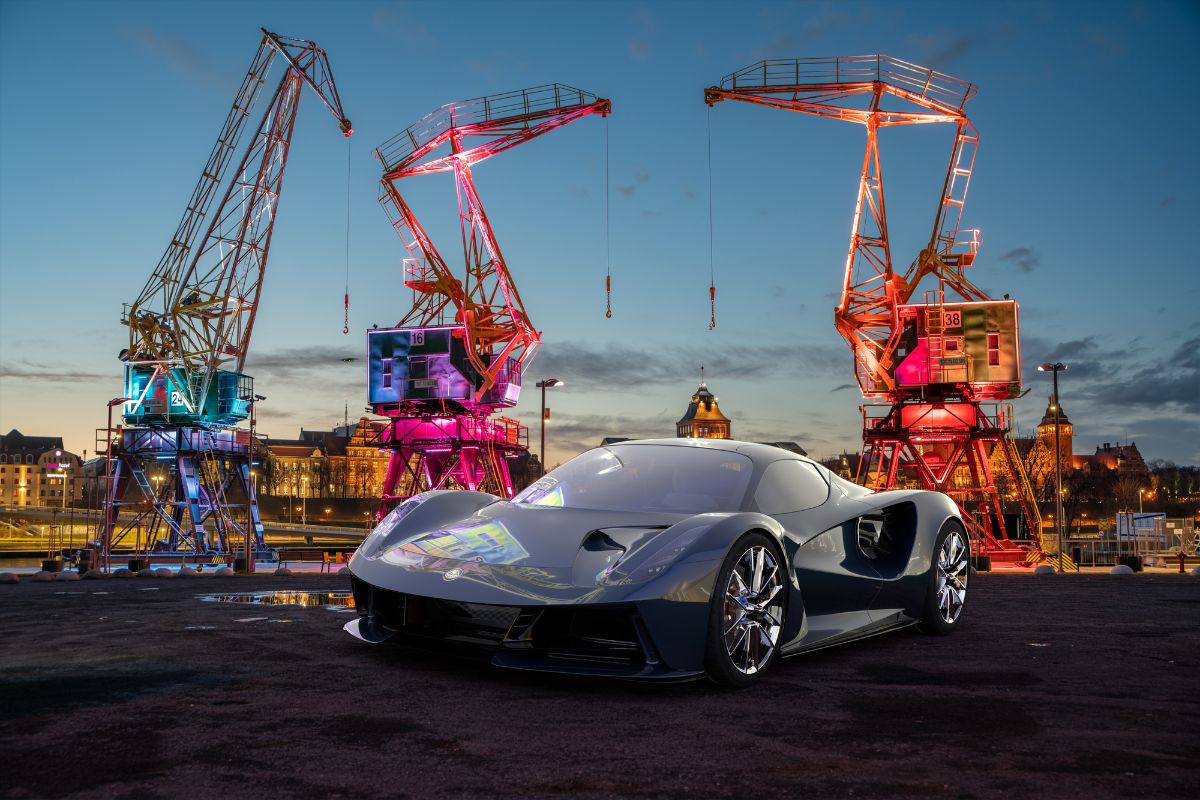 What I Like: With a 350-kW power outlet, the car can be charged in 18 minutes. Each mode has a different set of 20 characteristics that can be changed to suit the driver’s needs.

Lotus claims that the EV’s liquid-cooled motor can handle a lap of the track with no deterioration in its efficiency. On the NEDC cycle, it has a span of 270 miles.

The Lotus Evija is a stunning vehicle that may be had in a variety of eye-catching hues. A new generation of Lotus road and racing cars, such as the Evija, continues the company’s 70-year legacy of creating legendary vehicles.