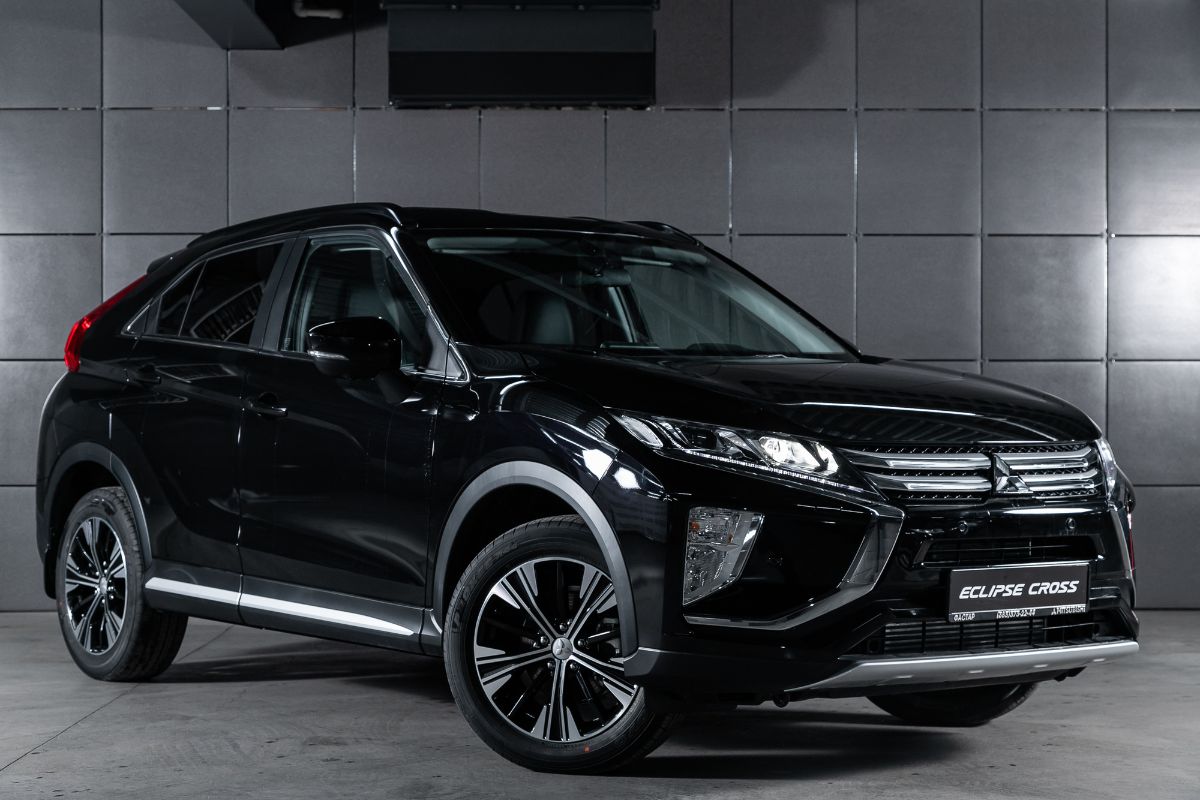 Crossovers blend the power of an SUV with the economy of a car, so it’s no surprise that they have come to prominence as an all-around capable vehicle.

Manufacturers that have traditionally made small cars and those that make large vehicles are both leaning into the crossover segment,

The Mitsubishi Eclipse Cross sits at the low end of crossover performance and pricing. The starting MSRP is one of the smallest, at $23,695.

The six trim levels take the Eclipse up to a still fairly low base price of $29,925 for the SEL 1.5T’s Super All-Wheel Control (S-AWC) version. Each version comes with a 1.5L V4 that puts out 152 horsepower.

Crossovers sacrifice off-roading and towing capability compared to full SUVs, and the Eclipse is no exception. With just 1,500 pounds of towing capacity, only small campers and cargo trailers will fall below the limit.

That’s still enough for a full load of suitcases, a piece or two of furniture, or an all-terrain vehicle. The engine doesn’t kick into gear too quickly, but the 8.7 seconds to hit 60 mph is still on par with new budget sedans.

The fuel economy, cargo space, handling, and safety work hard to compensate for the loss of power. At up to 26 city mpg and 29 highway mph, the fuel economy sits a bit under a new family sedan.

The passenger cargo room is adequate at 96.7 cubic feet, but it also comes with a generous 23.4 cubic feet of cargo space behind the second row for an overall spacious interior.

Loss of traction is one of the most dangerous situations that the average driver will experience. Tire slip can cause an overcorrection, rapidly transitioning from understeering to oversteering.

All-wheel drive vehicles handle traction loss better by splitting the power between all the tires, but Mitsubishi’s all-wheel control goes a step further. An integrated clutch is electronically controlled to split the torque between the tires according to feedback from the vehicle’s sensors.

For a minor upcharge, each trim level on the Eclipse Cross can equip you with this S-AWC functionality. The safety design earned the Eclipse Cross 5-stars on its overall safety rating from the National Highway Traffic Safety Administration (NHTSA).

Airbags in the front and curtains combine with forward collision warnings, lane departure warnings,  and crash imminent braking as standard features on all trim levels.

Infotainment options stand up to the competition, and the transparent heads-up display is especially slick with its modern, unobtrusive appearance. Other common features like Android Auto and Apple Car come standard. 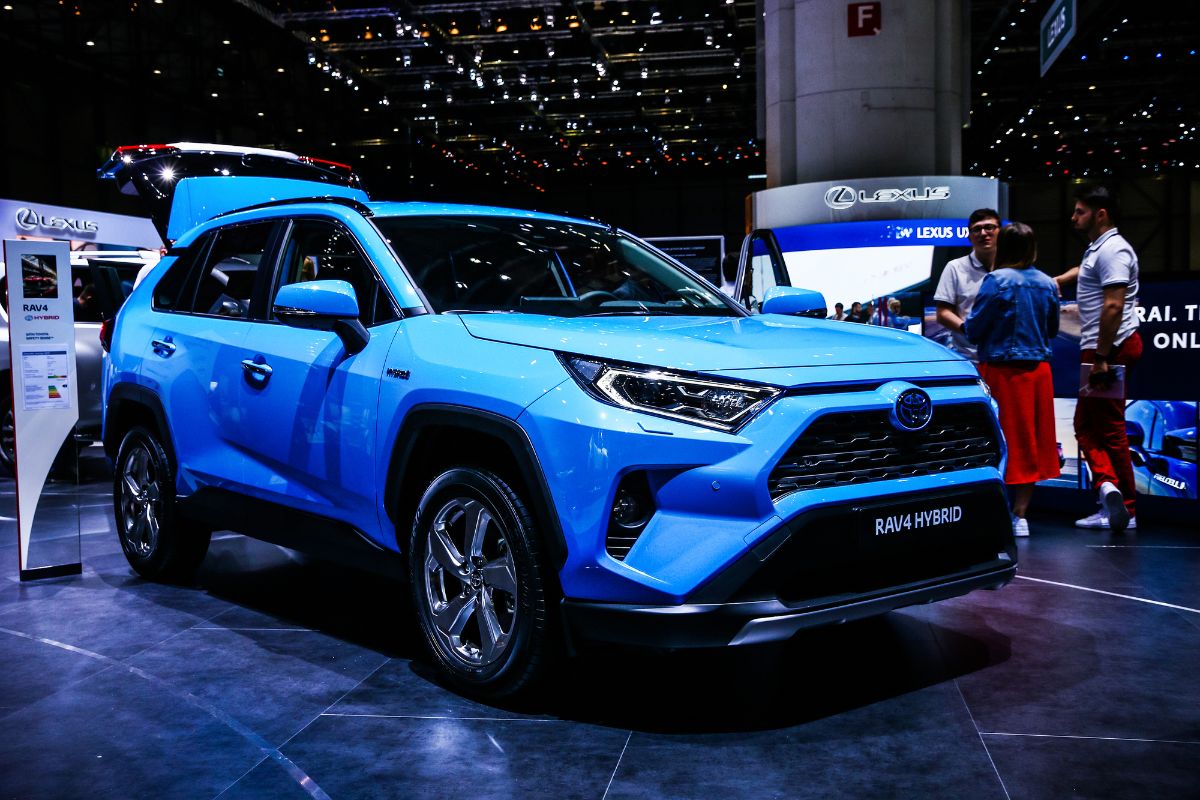 The RAV4 is like a slightly better version of the Eclipse Cross in many core aspects, though that shows in its starting higher MSRP of $27,740. Fuel economy is higher at 27 mpg in the city and 35 mpg on the highway, making a big difference for long-distance commuters.

The hybrid models push that to 41 and 38 for city and highway mpg, cutting the city usage in half to more than make up for the extra $1,335 in starting MSRP.

That better efficiency doesn’t take anything away from the engine, clocking in a little under the Eclipse Cross at 8.4 seconds with a faster speed on the Hybrid trims. All-wheel drive is available on all models and is standard on versions like the Adventure.

Passenger volume is technically higher by a small amount, but the RAV4 brings much more cargo volume at about 37 and a half cubic feet. That’s almost 150% the cargo volume of the Eclipse, and it’s more than enough for most household and camping needs. 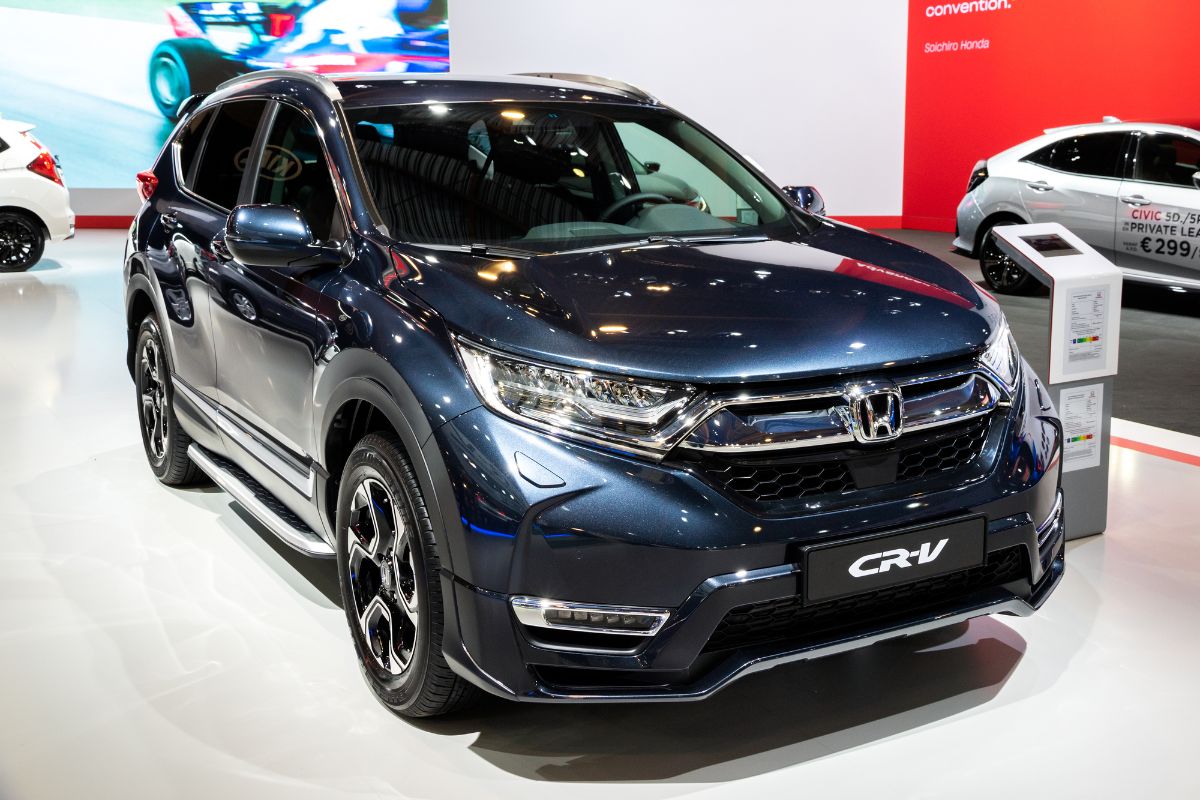 The CR-V is another small SUV that feels like a big brother to the Eclipse. A slightly bigger interior ups the passenger volume to a maximum of 105.9 cubic feet, and it hits nearly 40 cubic feet in the cargo area.

The larger frame has a larger engine to match, and the extra strength in the 190 hp engine puts the 0 to 60 mph time under 8 seconds. Honda’s collection of safety features is standard on all models under the Honda Sensing label.

It includes alerts for obstacles, lane departure warnings, a multi-angle rearview camera, adaptive cruise control, and assistance with braking. The blind spot and cross-traffic monitoring comes after the EX trim, which starts at $28,910.

While it’s one of our favorites, it still shows how the Eclipse Cross performs decently for a lower price – a difference that becomes more pronounced at higher trim levels on the alternatives. 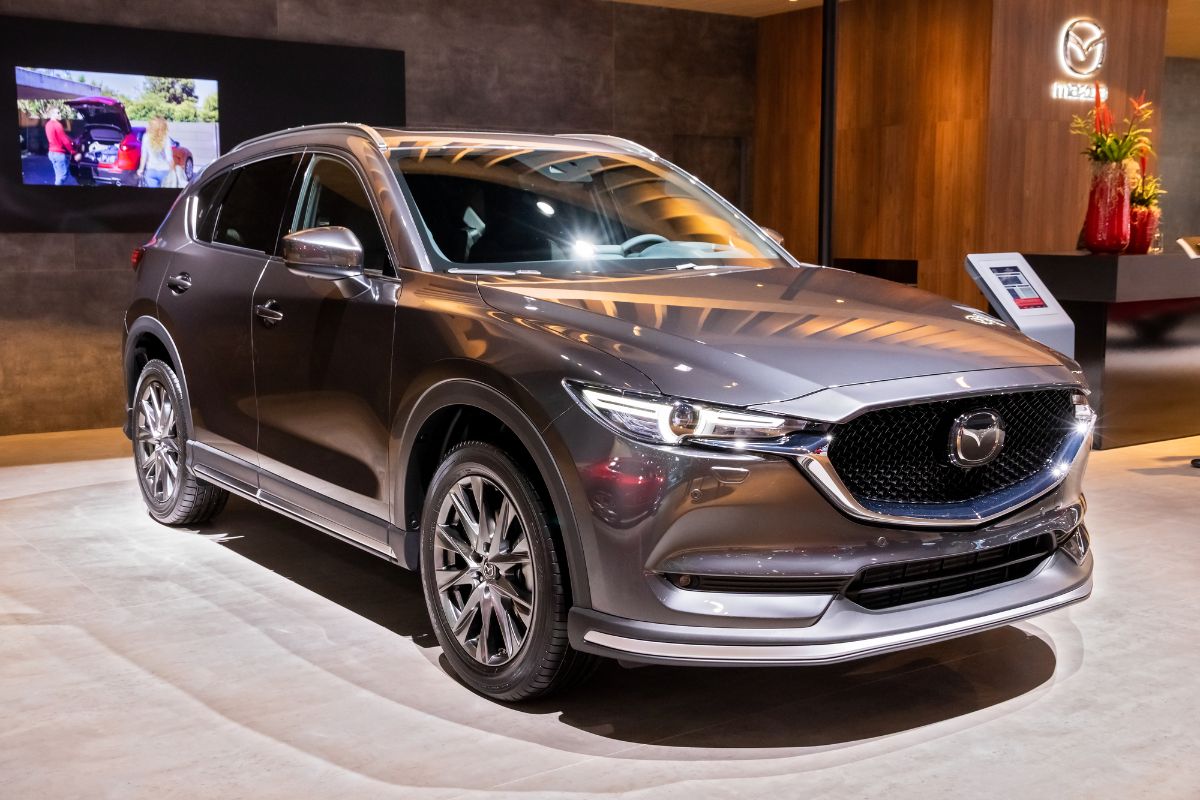 As long as you’re willing to spend a little more, the CX-5 offers more performance in a similar package. The CX-5 speeds ahead of the Eclipse Cross with a base 0 to 60 time of 7.2 seconds. For the higher price of the turbocharged versions, the time drops to a zippy 6.1 seconds.

Lower trim levels start just above the Eclipse Cross at $25,900 before accelerating up to $38,650 for the 2.5 Turbo Signature. Mazda’s i-ACTIV AWD performs similarly to Mitsubishi’s S-AWD, and it’s standard on all CX-5 trims.

Other Cars Similar to the Mitsubishi Eclipse Cross 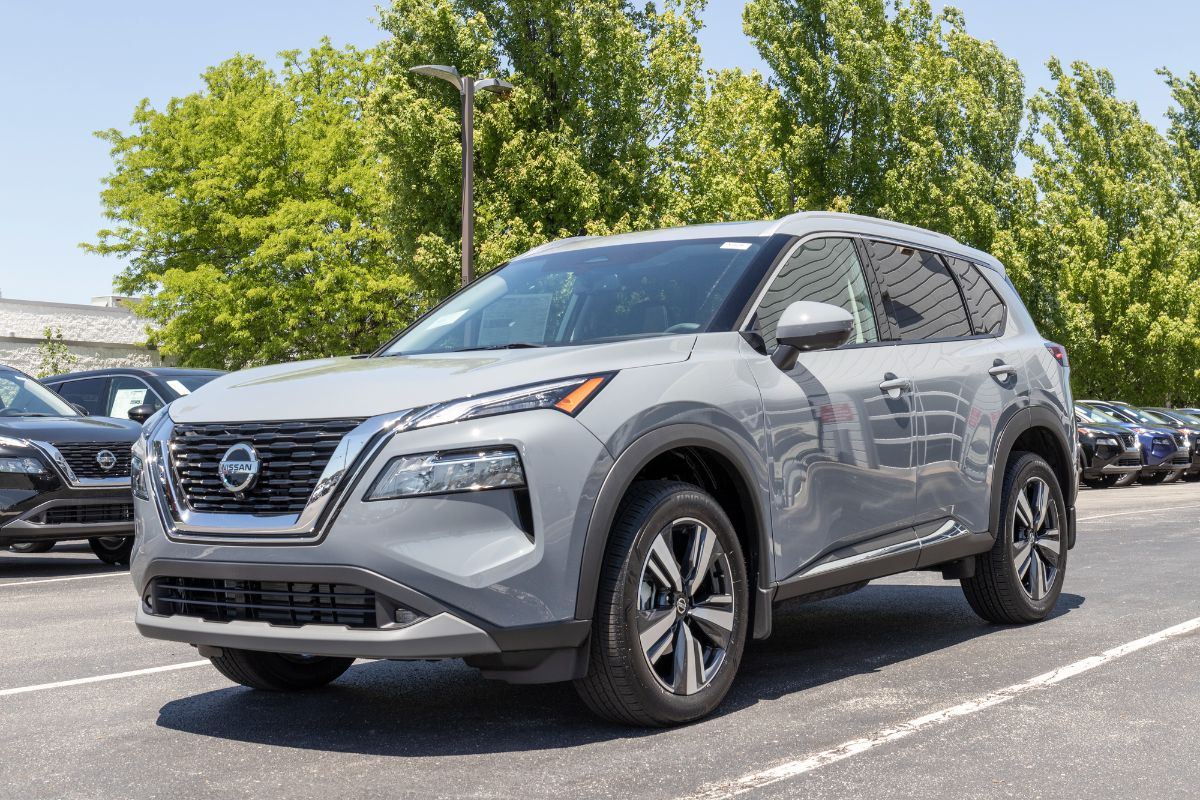 The Rogue is another crossover that charges a bit more to provide slightly better performance compared to the Eclipse, but the price doesn’t show in every area that we’d like.

The towing capacity and 0 to 60 speed are right on par with the Eclipse despite the 201 horsepower engine.

Otherwise, the Rogue is equipped with a full suite of safety features, has a bigger interior at 105.4 cubic feet, sports a bigger cargo area at 36.3 cubic feet, and gets better gas mileage at 30 mpg in the city and 37 mpg on the highway. 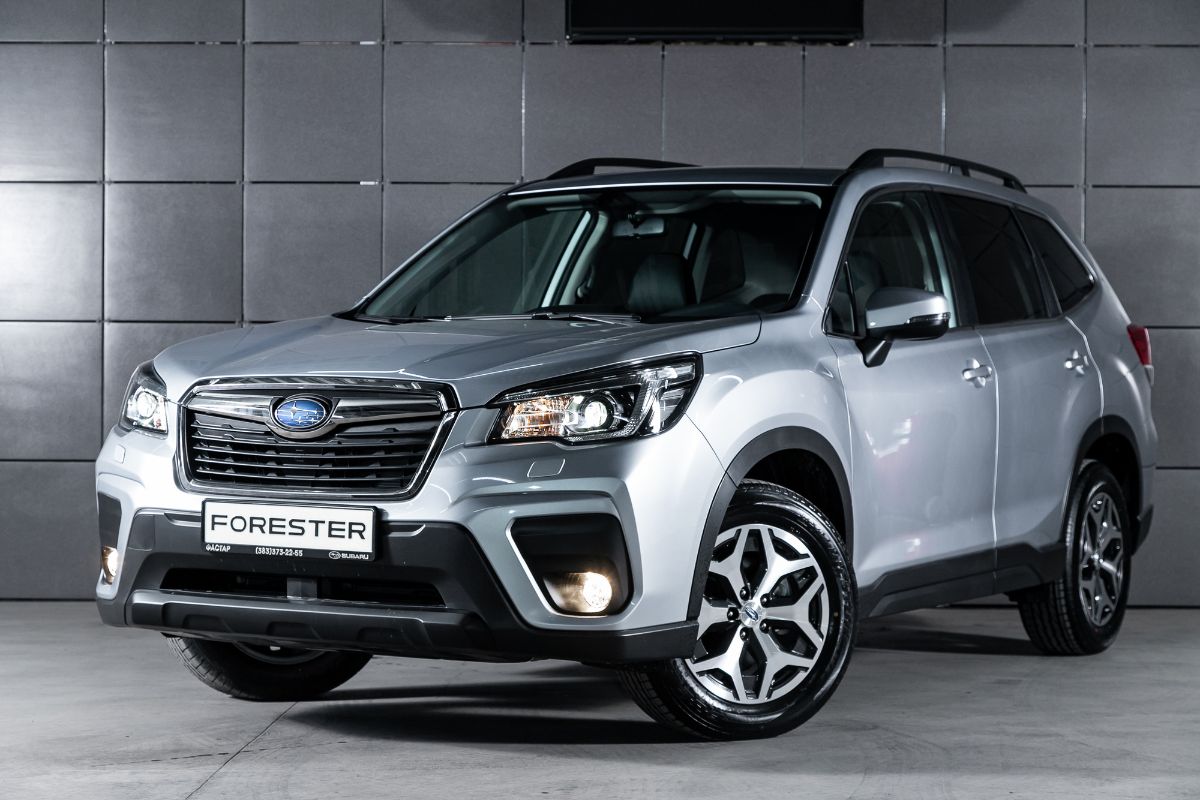 Beginning at an MSRP just above the Eclipse, this crossover doesn’t offer too much to warrant the higher price. The Forester can potentially drag a higher load with a maximum of 3,000 pounds, but you’ll have to spend a bit more to get the full capacity.

The 1,500-pound towing capacity on the other trims at least matches the Eclipse. Its 0 to 60 time fluctuates just under the Eclipse’s 8.7 seconds.

The interior space is far more open with an 111.6 cubic feet passenger area and 26.9 to 28.9 cubic feet of cargo before eating up the back row of seats. 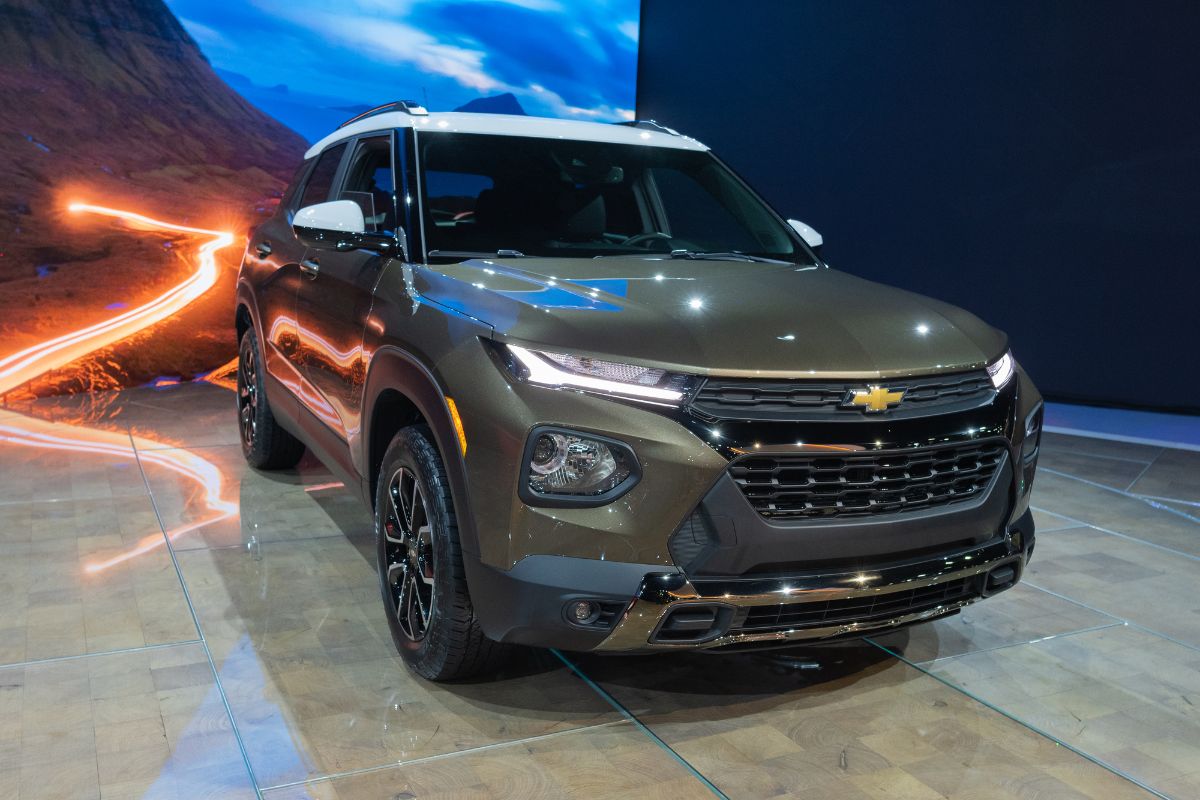 This minimal SUV from Chevy is the first that’s cheaper than the Eclipse, but the small savings cut a fair amount of power with not much else to show for it.

Towing capacity drops to 1,000 pounds, and the acceleration crawls to 60 mph in 9.4 seconds. Cargo and passenger volume are a little bit bigger, but the Trailblazer isn’t going to be leading any packs.

When you’re already spending so much, saving a few thousand for a worse machine feels bad in the long run, but you may find the Trailblazer to be more attractive based on some of the small differences. 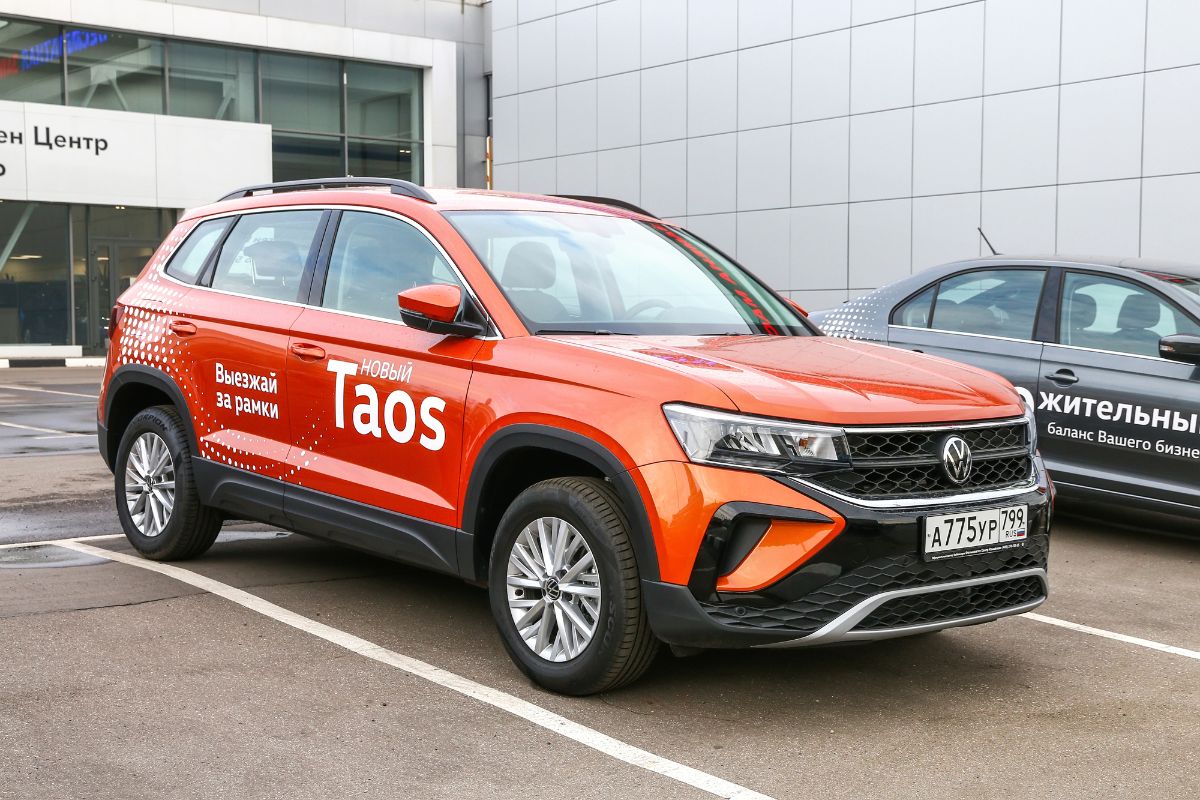 The Taos is right in line with the Eclipse’s pricing at $23,295 to start on the basic trim. Unfortunately, it is not designed to tow anything behind it, so you’ll lose that portion of a crossover SUV’s benefit.

It’s just a touch bigger than the Eclipse and has similar smart AWD options, and its highway fuel economy is much better at 36 mpg. That makes it a decent option to consider if you don’t plan on hauling any loads behind the vehicle. 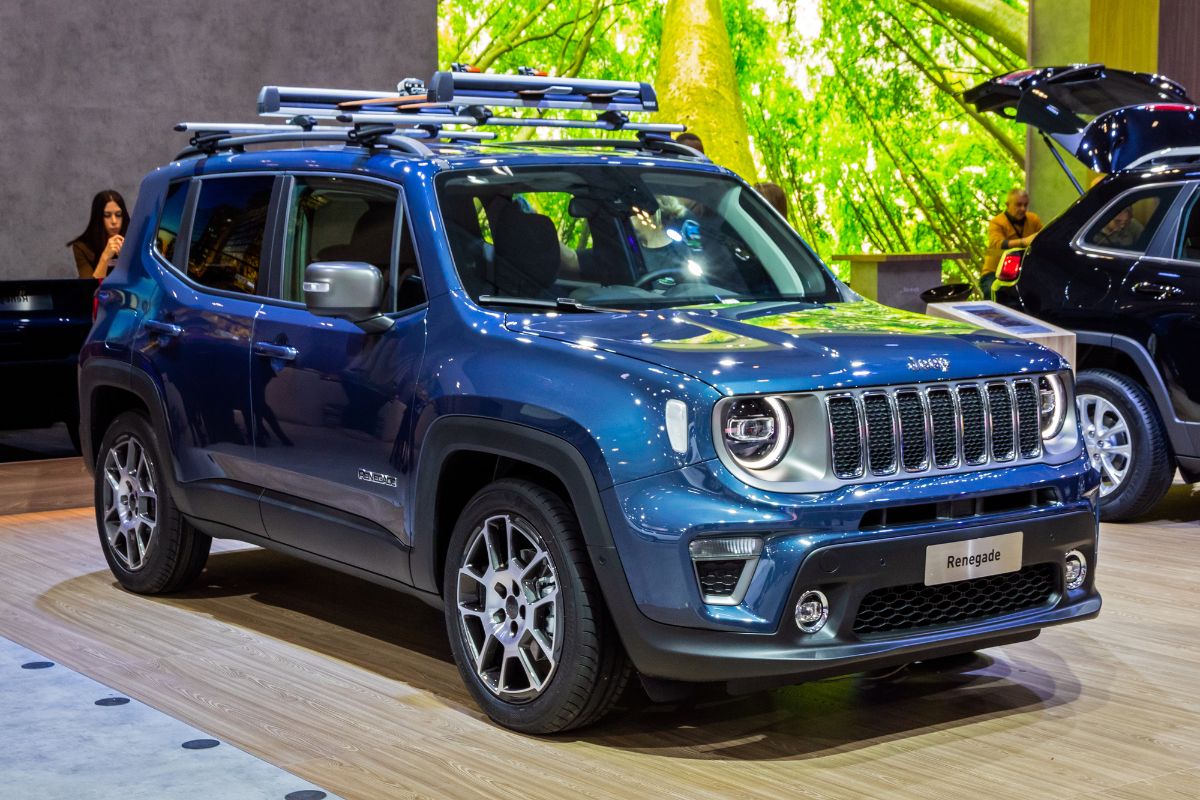 The iconic Jeep design shines through the softer angles on this subcompact SUV. Although Jeep has a history for rugged and minimal off-road vehicles, the Renegade is also spacious and modern in its interior.

For about the same price as the Eclipse, you get 500 more pounds of towing capacity. Spending $2 more a month for AWD on the basic Sport trim is a no-brainer if you’re looking to buy a Jeep, and it comes standard on all other trims.

Getting up to speed on the highway is more of a problem than going over a rocky hill at 9.5 seconds for 60 mph on the Sport FWD trim and 9 seconds flat on all the others. 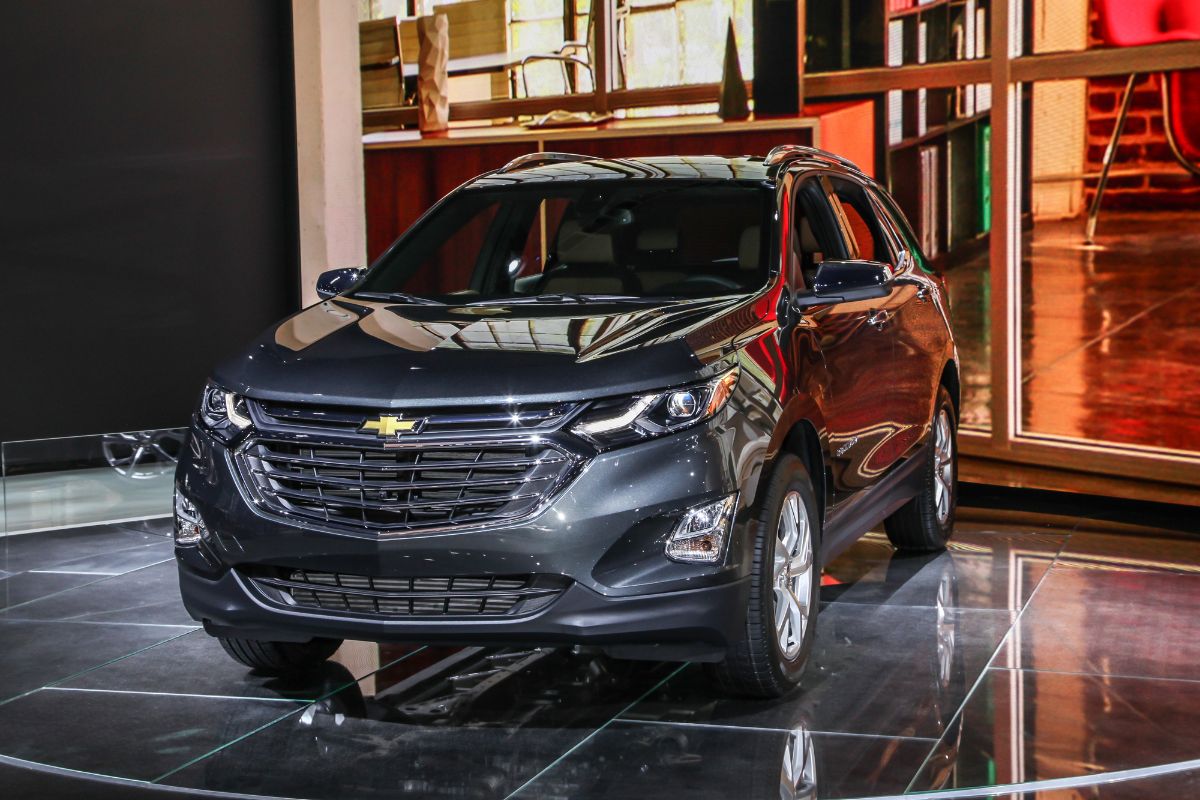 The Equinox is akin to an upgraded version of Chevy’s own Trailblazer. Towing capacity rises up to 1,500 pounds, and the 0 to 60 time drops to a more competitive 8.9 seconds.

As a downside, the starting MSRP begins a couple thousand higher than the Eclipse, and the benefits have to be measured in detail to really notice them. 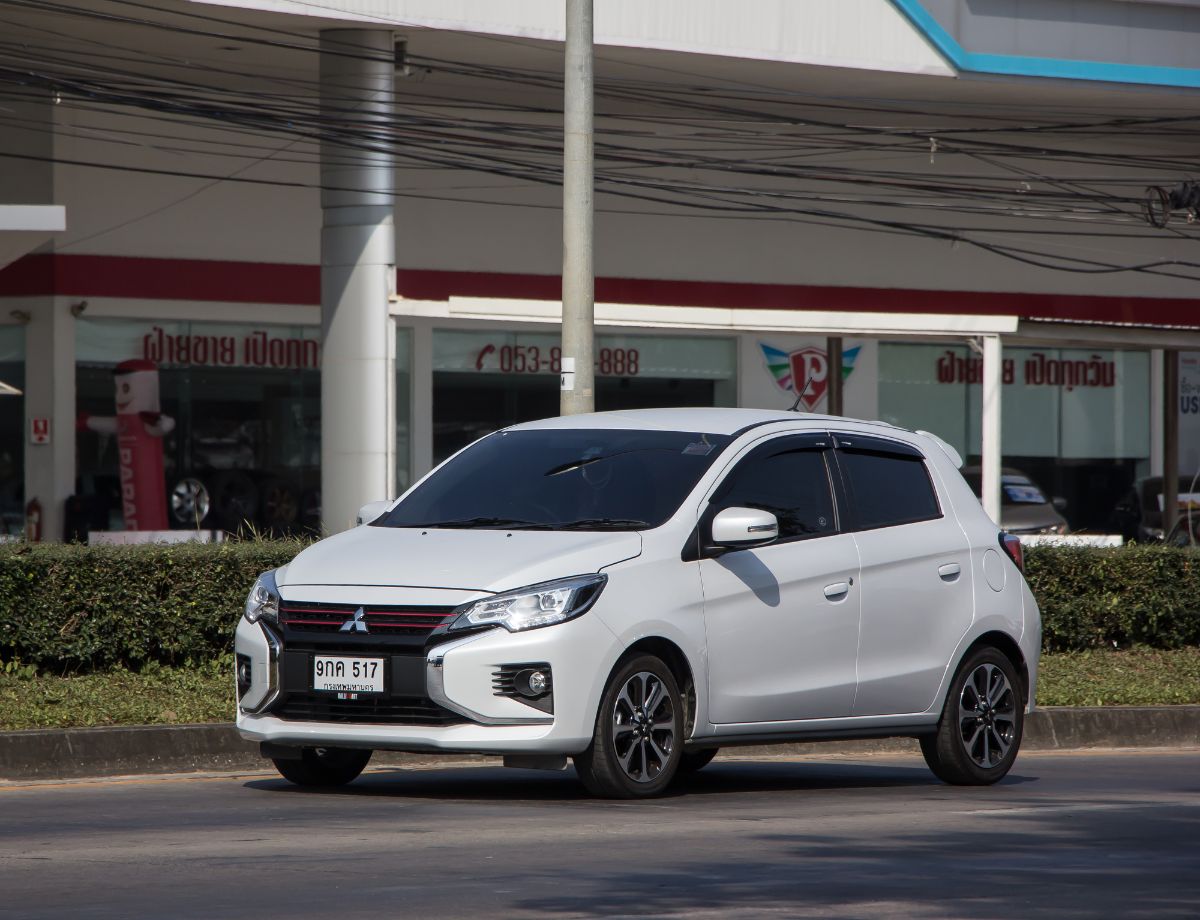 A hatchback is not quite a crossover, but it gets some of the core features that drivers want from a household vehicle, like larger cargo areas with decent mileage. You won’t get the same performance as a crossover, but it’s hard to notice unless you go off-roading.

The Mirage is considerably cheaper than the Eclipse Cross, but you still get 86.2 cubic feet and 5 seats for passengers with a healthy 17.1 cubic feet in the cargo space.

Fuel economy on the Mirage comes close to the hybrid crossovers at 36 mpg in the city and 43 mpg on the highway. 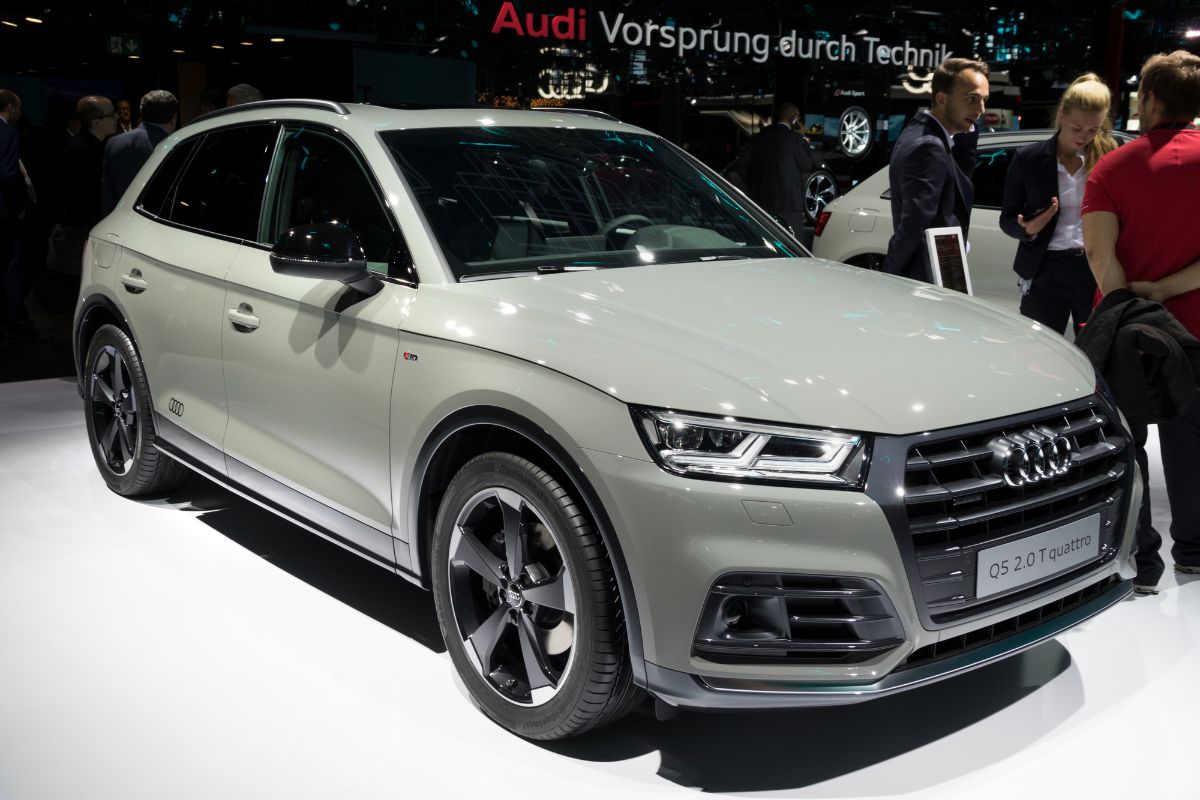 Most other vehicles on this list are near the Eclipse’s starting MSRP, but the Q5 is solidly into the luxury SUV price range.

Even the basic trim is almost double the cost of the Eclipse, but the price looks reasonable once you consider the 4,400 pounds of towing capacity and a blistering 5.7 seconds for its 0 to 60 time.

Fuel economy does drop a bit, but it’s still workable at 23 in the city and 29 on the highway. Whether or not the price sends you running from the Q5, it helps highlight the performance and features that the less expensive crossovers are missing. 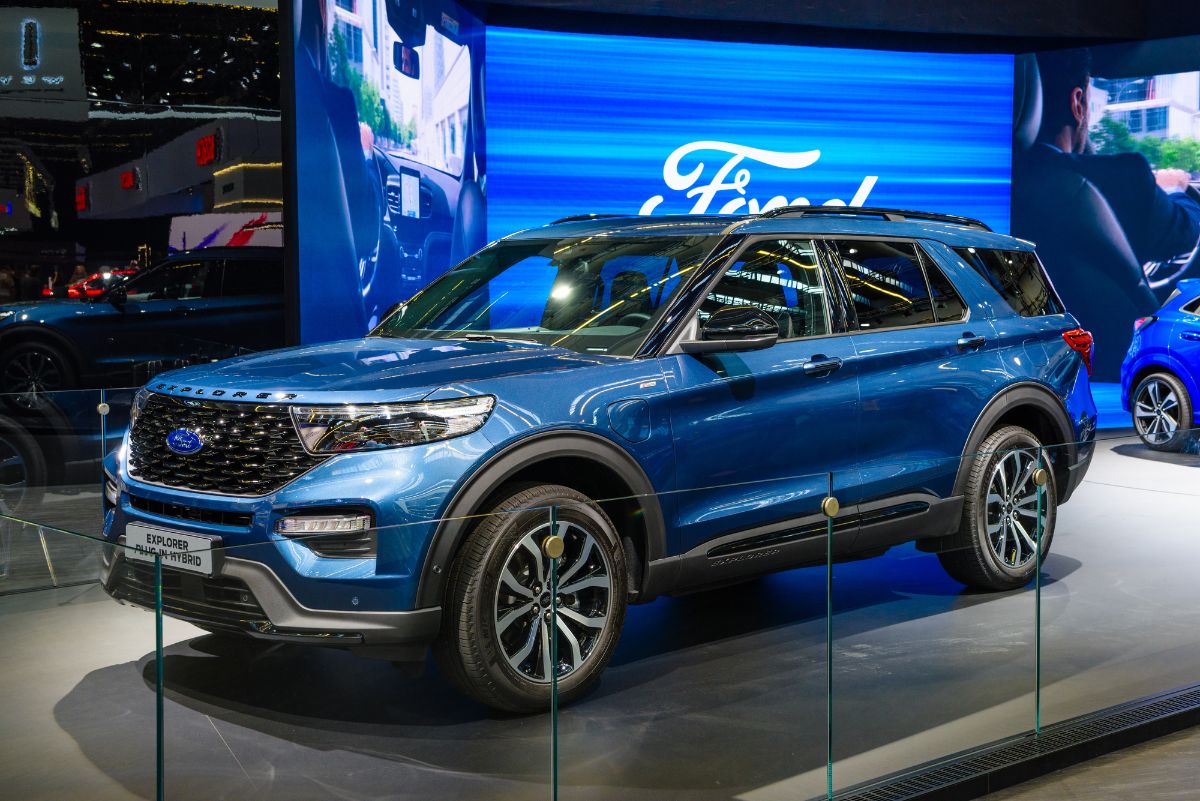 The Ford Explorer is a solid example of the mid-sized SUV market for 2022. Passenger seating goes up to 7, and the interior volume expands out to 152.7 cubic feet.

The fuel economy is much better than you might expect with 27 mpg city and 28 highway, so many crossovers and mid-sized SUVs will get comparable mileage in the city. It’s still pricier than entry crossovers to start with, but it’s not nearly as expensive as the luxury models.

If the idea of taking 8 to 9 seconds to hit 60 while barely being able to drag the riding mower seems awful, consider bumping up in tiers to get a better fit for your needs before splurging on an over-engineered crossover that still doesn’t match up to 5,000 pounds of towing and a 5.9 second 0-to-60 time.