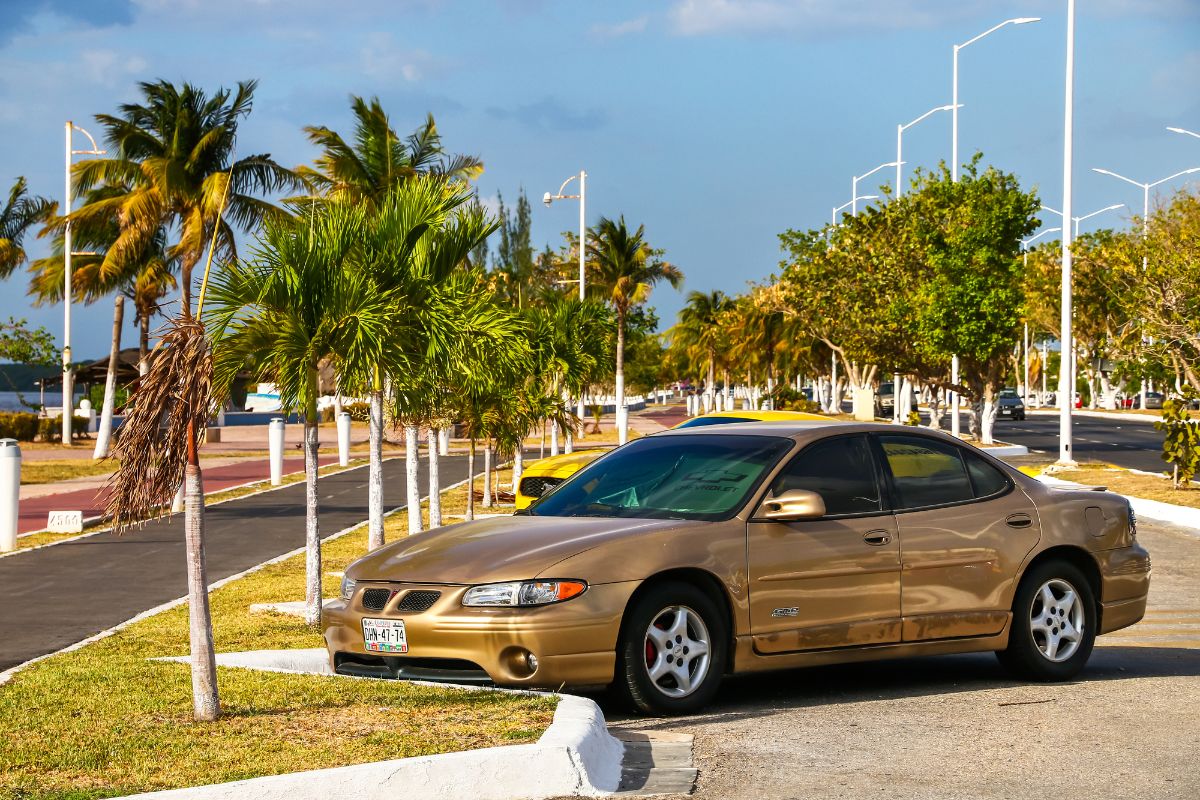 The Pontiac Grand Prix had a reputation for being a roomy and reliable full-sized sedan. It used a V6 3.8L engine that boasted 200 horsepower. The car was roomy, had ample trunk space, and was ideal for small families.

While the Pontiac Grand Prix was discontinued in 2008, the popular vehicle had a reputation for reliability and longevity. The Grand Prix may be missed by car buyers today.

However, many of the old Pontiac Grand-Prix competitors are still around, and those searching for a full-sized sedan with similar characteristics today should take notice. 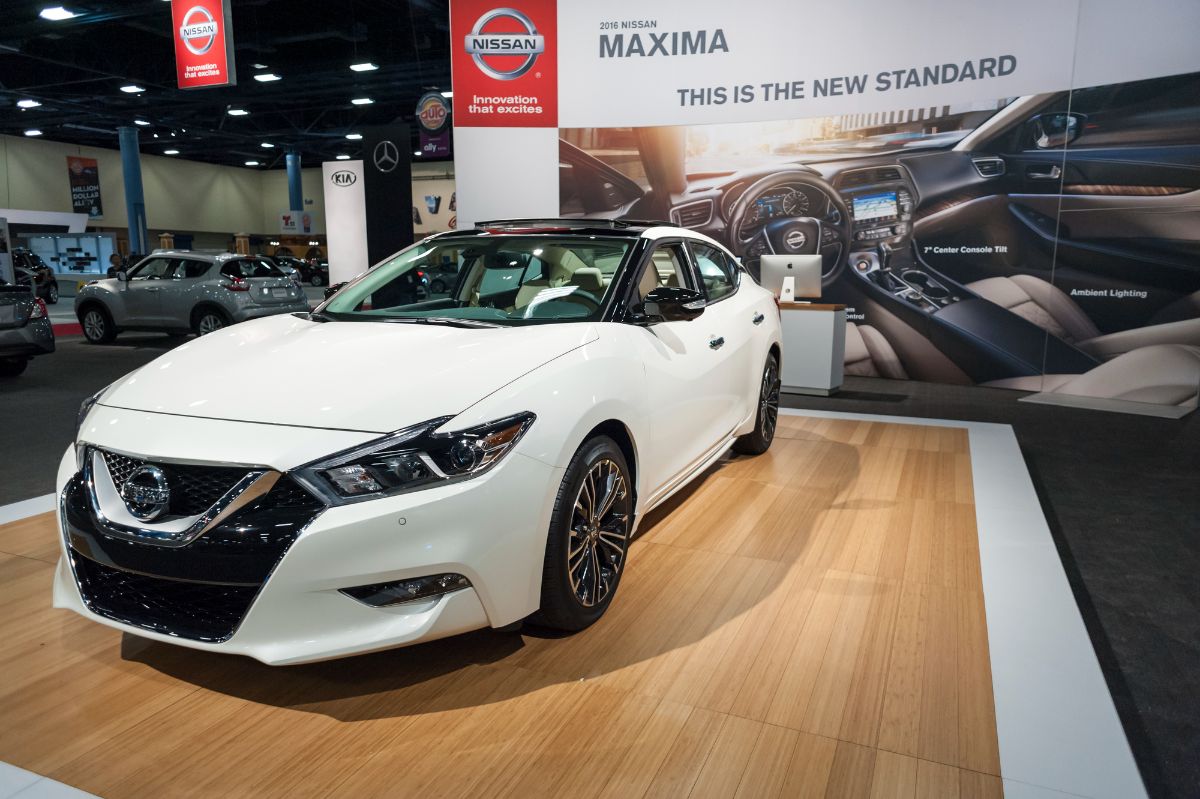 The Nissan Maxima was one of the Pontiac Grand Prix’s competitors back in 2008, and the car is still available today. The new Maxima continues the legacy of being a reliable full-sized sedan, providing a comfortable ride, a spacious interior, and plenty of cargo space.

This year’s Maxima sacrifices some of the trunk space to deliver more legroom for those in the back seat. Overall, this is one of the best vehicles, similar to the Grand Prix. 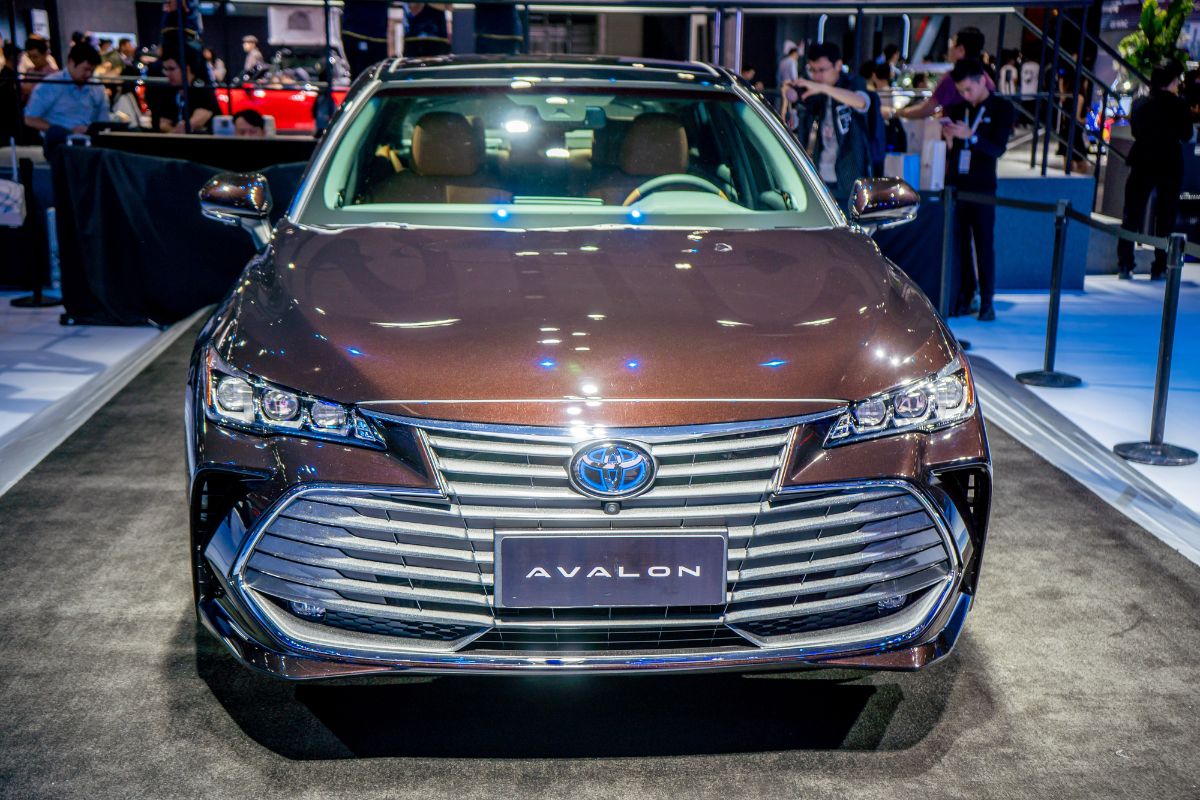 The Toyota Avalon is another excellent option with many similarities to the Pontiac Grand Prix. The Avalon is another full-sized sedan that provides utility and comfort for small-sized families that may need to use the back seat.

Like the Grand Prix, it has a larger engine, longer body and allows for more cargo in the trunk. However, the Avolon may be easier on the eye than the old Grand Prix. 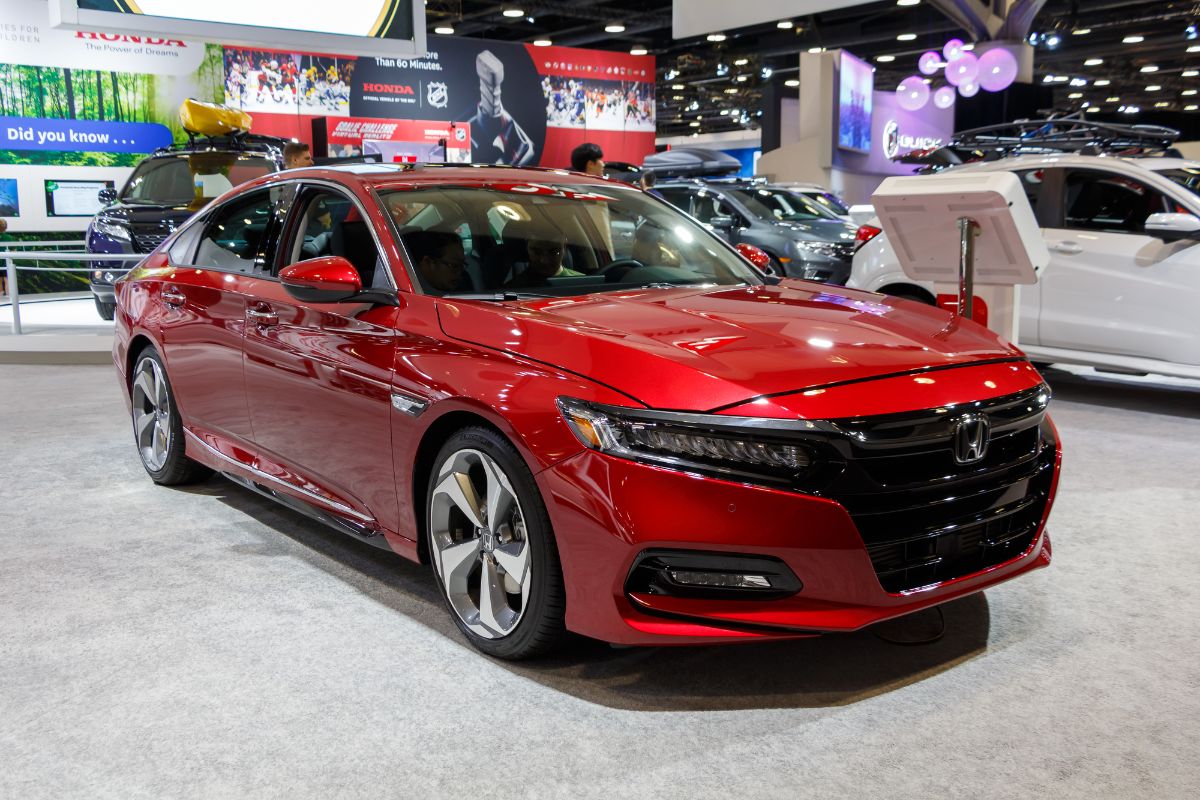 While the Accord may be slightly smaller, it still provides a solid four-door option for car buyers. The 2022 Honda Accord promotes a good 30/38 MPG with its smaller four-cylinder-engine.

Despite the smaller engine, the 192 horsepower is close to the Grand Prix’s 200 horsepower. Do not think that it is small just because the Accord is mid-sized. Buyers will be very satisfied with the roominess and the trunk space.

The Accord is an excellent option for small families, especially if young children sit in the back seat. The 2022 Honda Accord has a starting MSRP of $25,470. 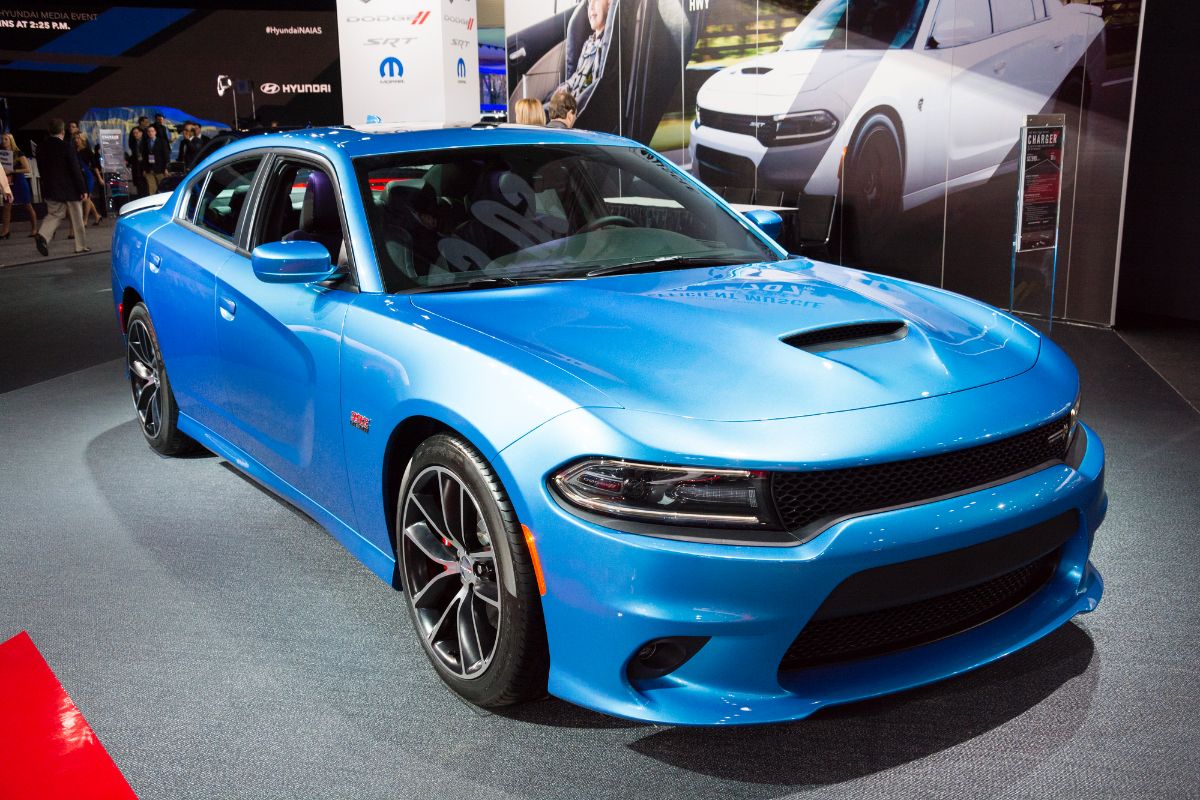 The Dodge Charger comes onto the list as a great option for a full-sized sedan, but the muscle car aesthetic sets it apart. The Dodge Charger is similar to the Pontiac Grand Prix with a standard V6 engine, decent fuel economy, and a spacious cabin.

The Dodge Charger does distinguish itself by how many engine options are available, starting with a standard V6 and ascending to an ultra-powerful 6.2 super-charged V8. With the standard engine, the Charger gets roughly 19 to 30 MPG. 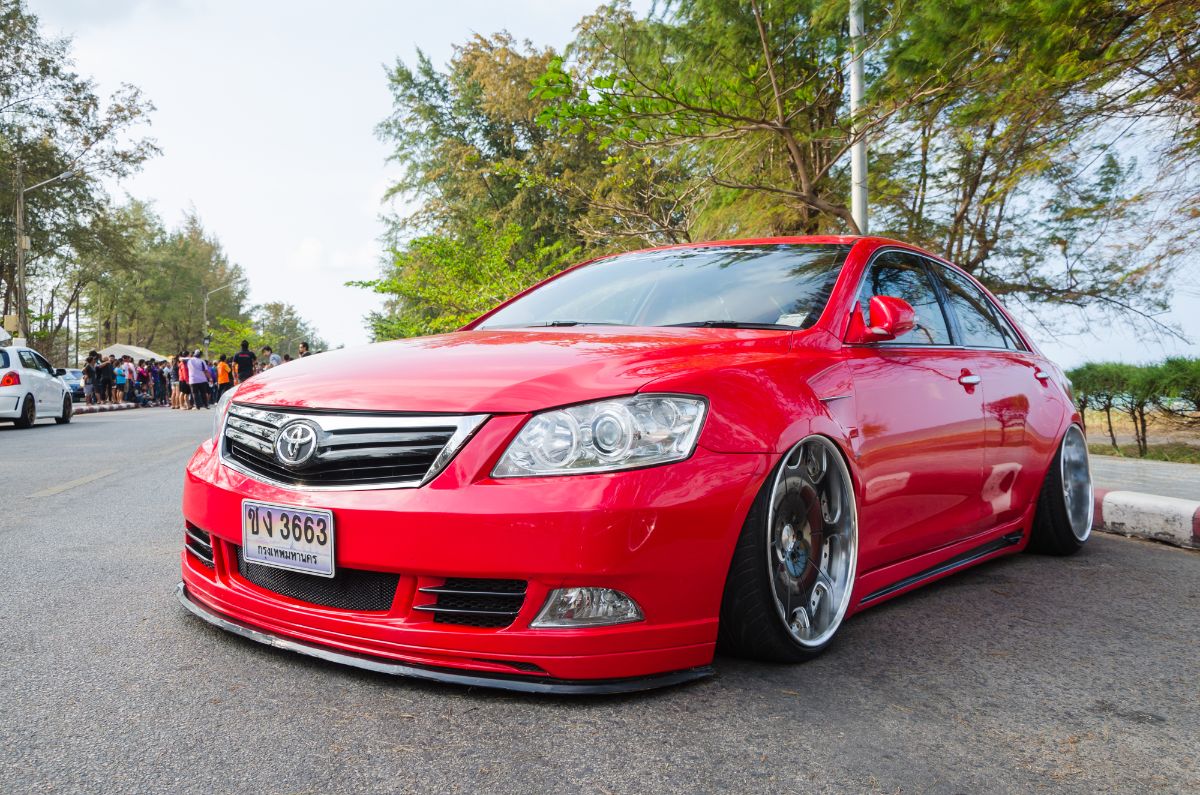 In 2008, motorists were probably weighing their options between the Pontiac Grand Prix and the Toyota Camry fairly often. The Toyota Camry makes this list as one of the original competitors of the Grand Prix, and it is still a great option for a sedan today.

The car offers spacious seating, good fuel economy, and a reliable reputation. The 2022 Camry gets 28/39 MPG, and it also has a hybrid option that gets 46MPG.

The better fuel economy comes from the car’s smaller four-cylinder engine in the standard trims. This smaller engine still gets over 200 horsepower and has FWD and AWD options. The starting MSRP for the 2022 Camry is $25,295. 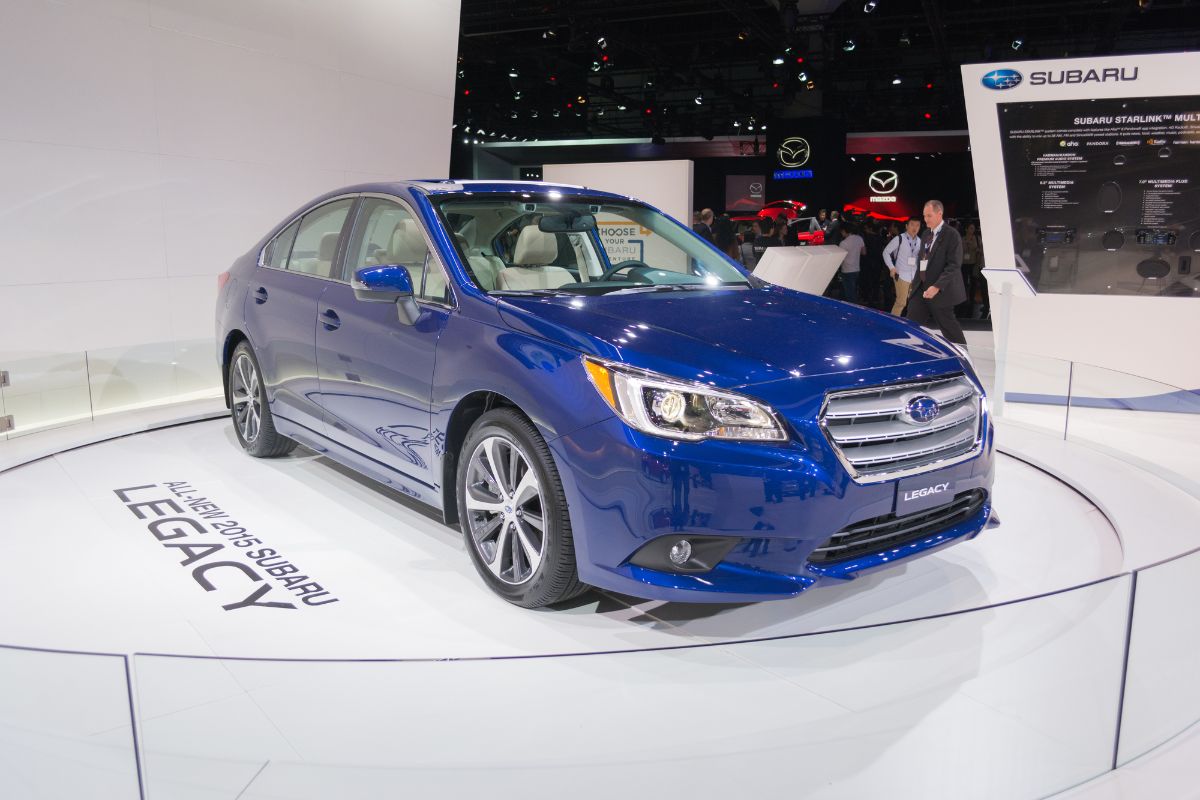 I know that most people hear Subaru, and they think hatchback. But the Subaru Legacy comes in as a stylish mid-size sedan that does not look like a hatchback at all.The Legacy is similar to the Pontiac Grand Prix due to its comfortable ride and spacious interior.

The 2022 Subaru Legacy gets 27/34 MPG with its 182 horsepower four-cylinder engine. Like most Subarus, the Legacy comes equipped with standard AWD, making it an excellent option for regions with frequent snow and rain.

The spacious trunk and roomy interior make it an ideal family vehicle, and it boasts outstanding safety ratings. The starting MSRP of the 2022 Subaru Legacy is $22,995. 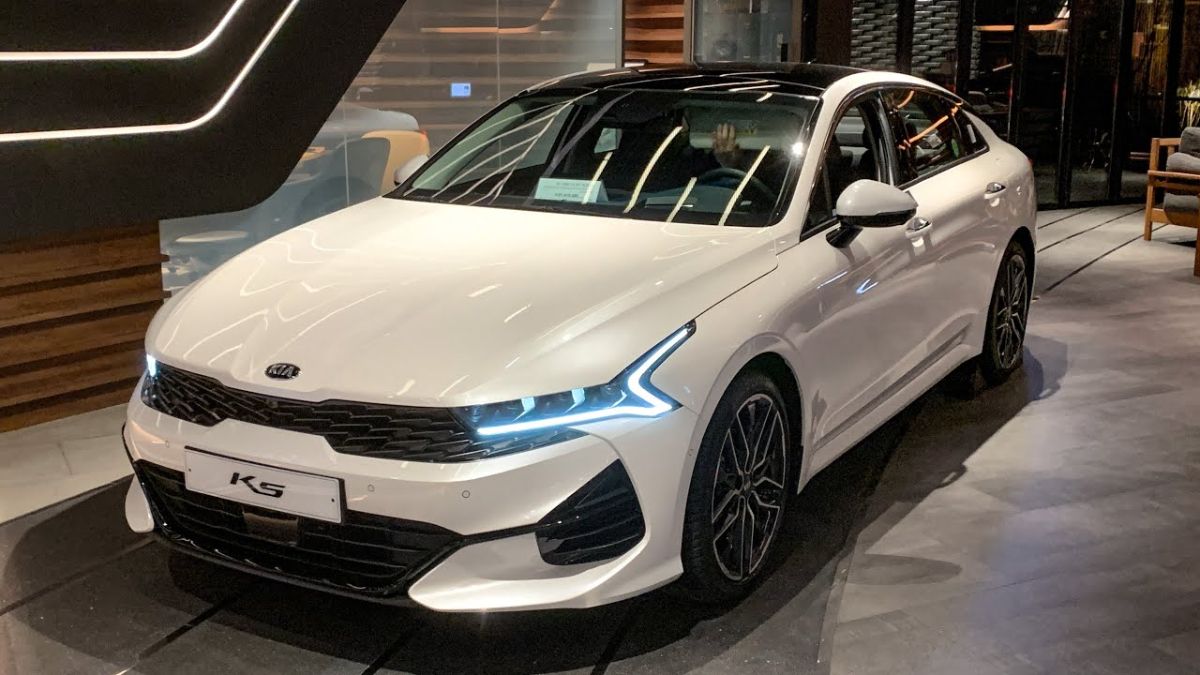 The Kia K5 is the new incarnation of one of the Kia Optima. This vehicle is similar to the Pontiac Grand Prix because it is an affordable four-door sedan with good safety features.

However, the K5 does not look like your everyday sedan. Kia has sculpted this car into a sporty vehicle that will turn heads. The K5 is not for individuals who do not want to be noticed. This car comes stocked with a turbocharged I-4 engine that gets 29/38 MPG.

The standard engine is not very powerful, with only 180 horsepower, and travels from 0 to 60 in seven and half seconds. But, there are bigger engine options available. The starting MSRP is a very affordable $23,690. 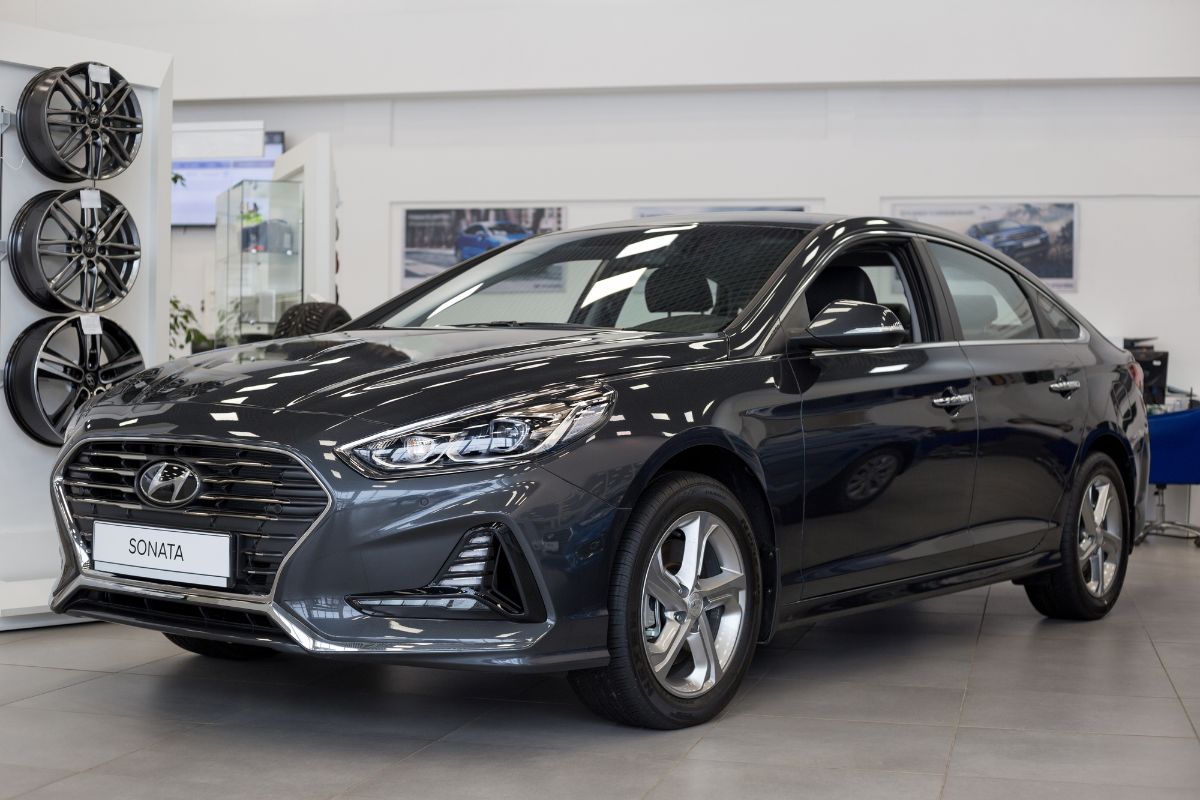 Like the K5, the Hyundai Sonata is another eye-catching sedan with a flashy exterior. The Sonata has been around for a long time, and though it may not look as it did back when it competed with the Pontiac Grand Prix, this car is still an excellent option for a four-door family vehicle.

However, the Sonata does have excellent safety features, an abundance of tech in the interior, and still provides ample trunk space. The 2022 Hyundai Sonata has a starting MSRP of $24,350. 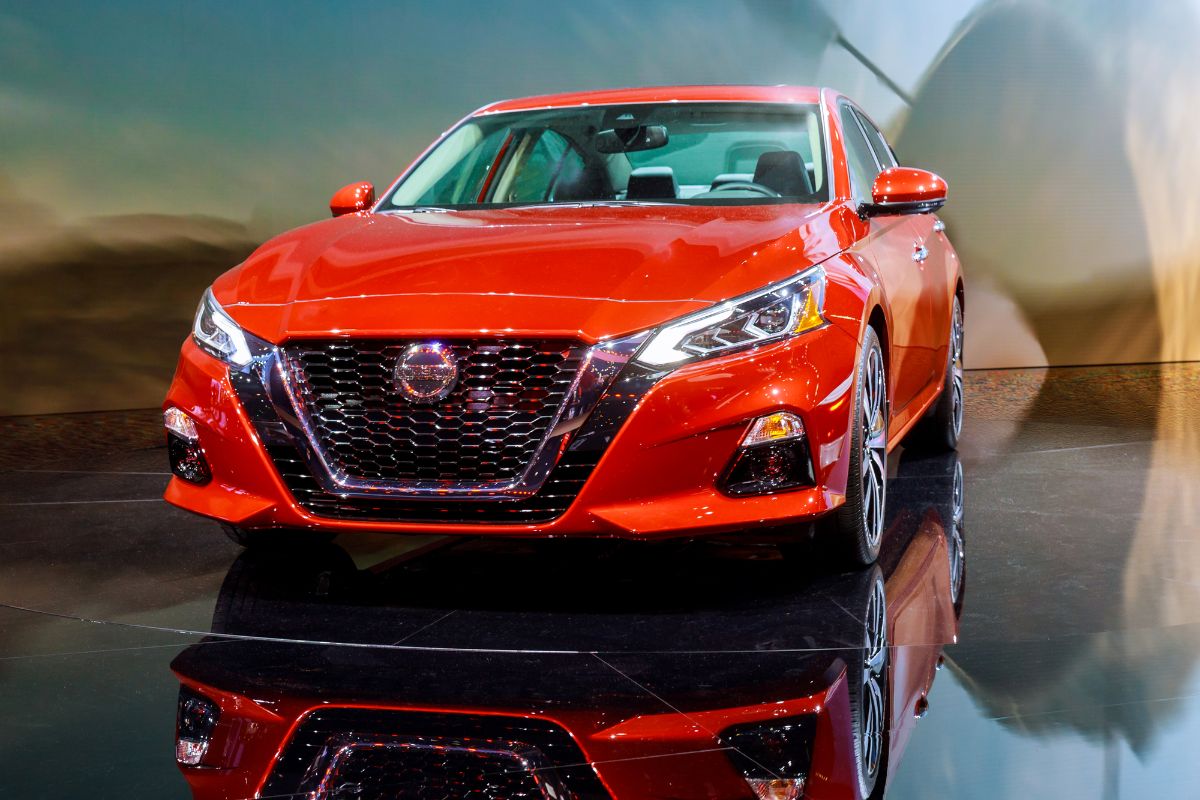 While many believe that the Nissan Altima is the smaller version of the Nissan Maxima, the difference is not as large as you think. The Altima has excellent space in the cabin and the trunk, just like the Pontiac Grand Prix.

However, the Altima does come equipped with a smaller engine. It comes stocked with a 2.5L four-cylinder engine that gets an excellent 28/39 MPG. One of the best things about the Altima is that it comes with an AWD option.

The four-cylinder motor generates 188 horsepower and slightly less for the AWD models.

And while it does rank as a mid-size sedan, the Altima provides excellent legroom for passengers and ample trunk space for those family grocery runs. The starting MSRP for the 2022 Nissan Altima is $24,550. 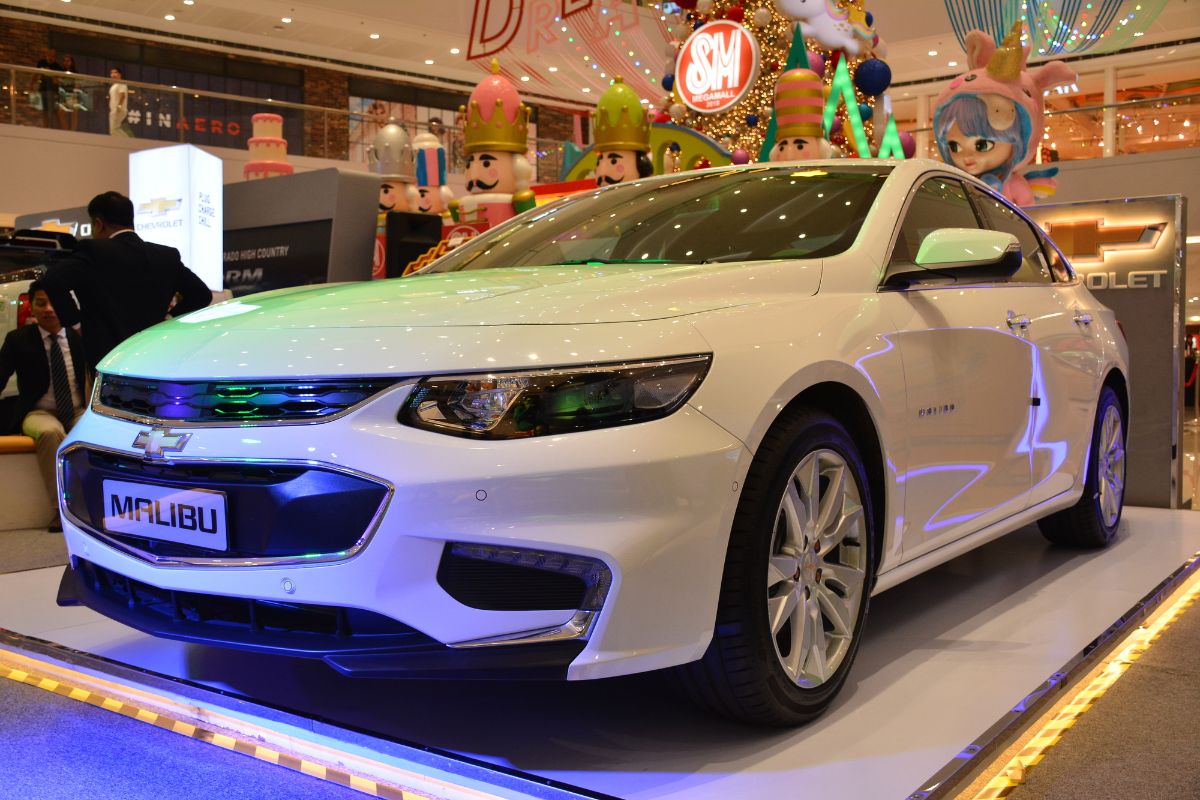 While the Chevrolet Impala was the active competition for the Pontiac Grand Prix in the early 2000s, today, we have the 2022 Chevrolet Malibu.

Like the Grand Prix, the Malibu comes in as a reliable and economical option for families that need a four-door sedan. The Malibu is economically sound with a base four-cylinder engine that gets a competitive 29/36 MPG.

However, you don’t want to enter this car in any drag races because the standard engine only generates 160 horsepower, which you will feel lags as you try to get up to speed on the highway.

But other engine options provide more speed if desired. The starting MSRP of the 2022 Chevrolet Malibu is $23,400. 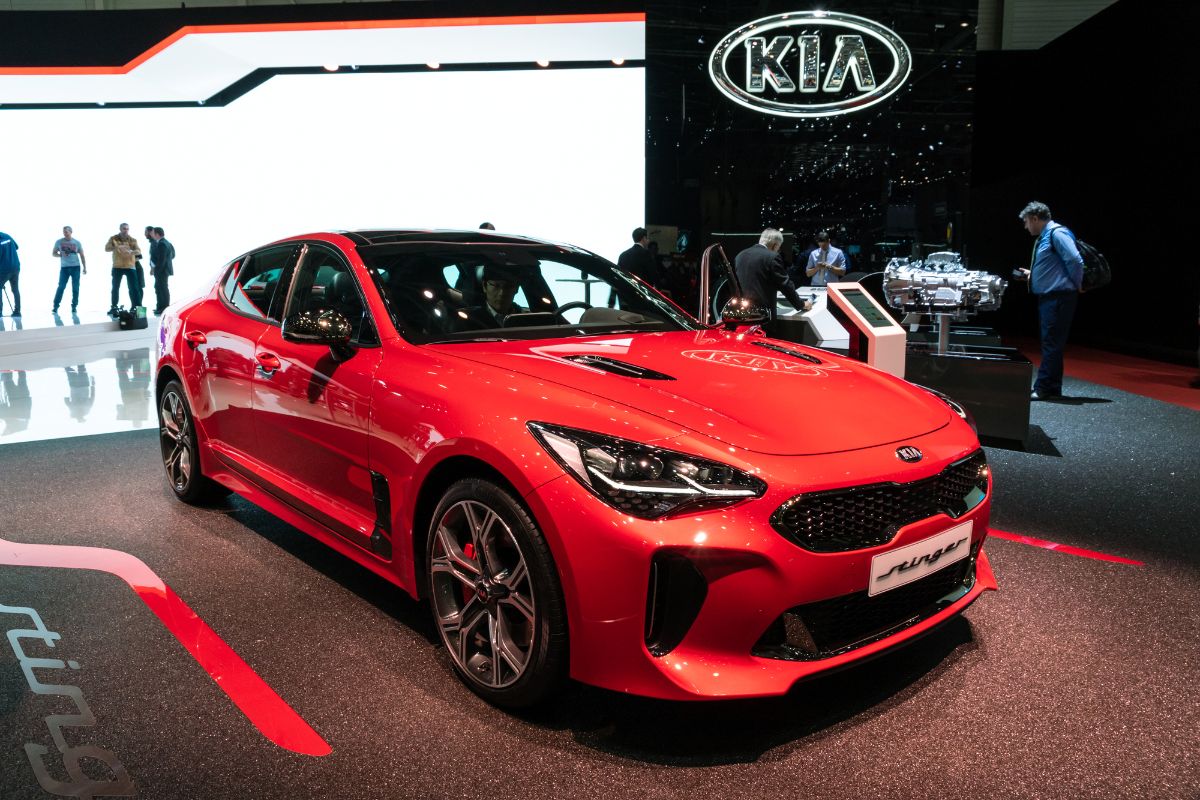 The 2022 Kia Stinger is a full-sized option that is larger and spacier than the Kia K5. The Kia Stinger is similar in size, cabin space, and cargo space to the Pontiac Grand Prix.

The Stinger comes stocked with a turbo four-cylinder engine that generates 300 horsepower and gets 22/32 MPG. While that may be plenty of zip for most drivers, a larger V6 is available that provides even more power.

The Stinger also comes with great technology on the vehicle’s interior, and it gives a smooth, comfortable ride. This is an actual full-sized vehicle, and its starting MSRP is $36,090. 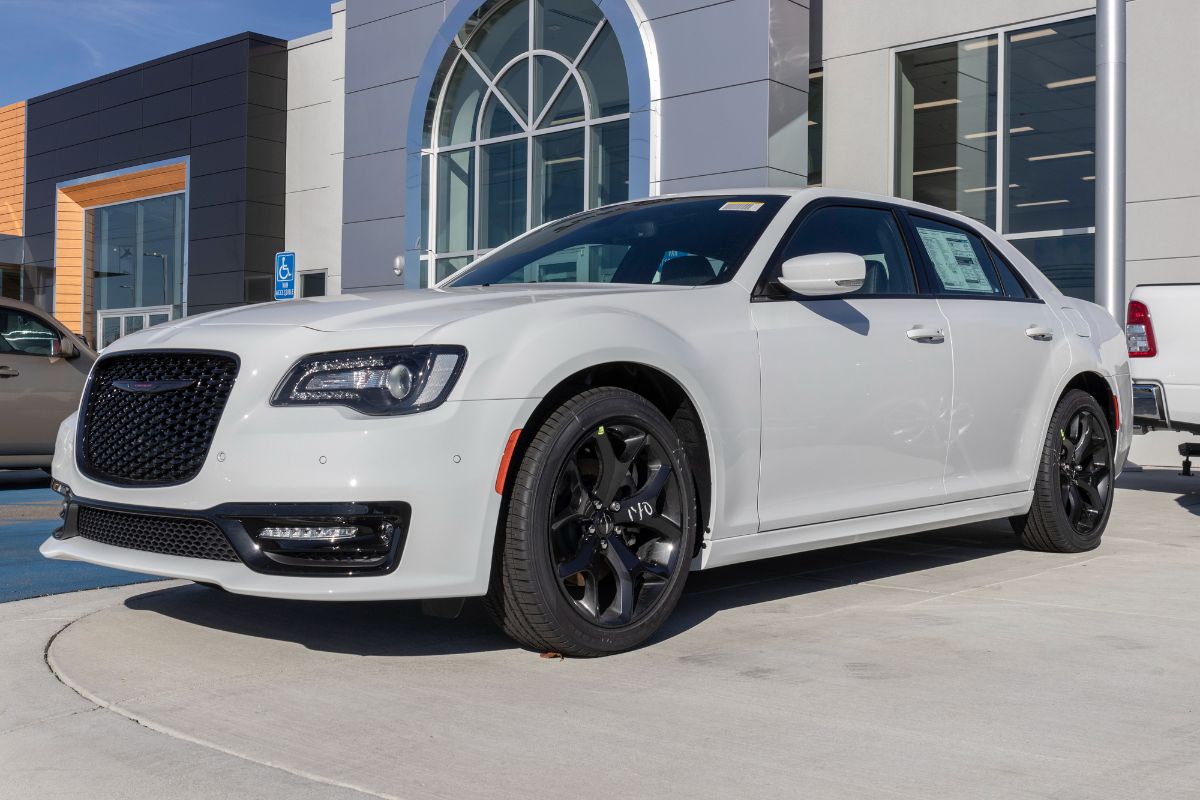 The Chrysler 300 boasts a 3.6L V6 engine that produces 292 horsepower and gets 19/30 MPG. The larger engine does provide more power that drivers will notice.

Beyond the tough-looking exterior, the Chrysler 300 has a spacious interior and ample trunk space that makes it ideal for families with growing kids. The starting MSRP of the 2022 Chrysler 300 is $32,615.