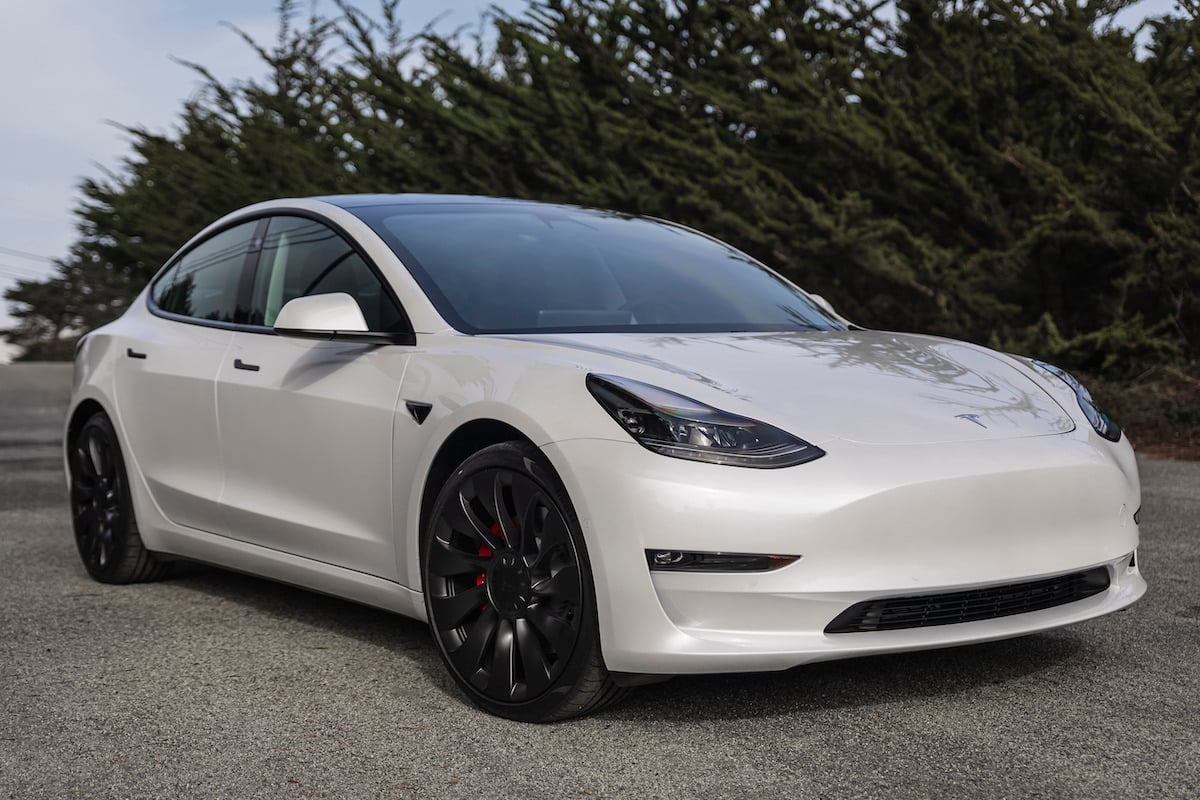 What I like: great acceleration and handling with remarkable distance from the Long Range model. All Model 3s come standard with heated front seats, navigation, and Tesla’s Autopilot semi-autonomous driving system.

The Model 3 is Tesla’s entry-level car and is now the best-selling electric vehicle on the planet. The Standard Range Plus model with RWD offers 423 kilometers of zero-emission driving and offers 197hp.

With a nearly ideal blend of performance, driving range, and accessible pricing, the Model 3 is an electric vehicle that lives up to the hype.

The RWD model is the best value, but its 272 miles of estimated driving range may not be enough to eliminate range anxiety for some drivers. We’d recommend the Long Range model that offers an estimated 358 miles of driving per charge.

It’s not easy to match up with Tesla, but many car manufacturers have changed gears and are now producing some amazing Tesla rivals.

There are several real-world range evaluations available to help you get a sense of how much distance you can anticipate from your electric vehicle.

Climate, driving skills, and a host of other variables all have a role in the outcome of a range test. We’ve driven a few of them, so you can count on us to provide you with the most accurate information. 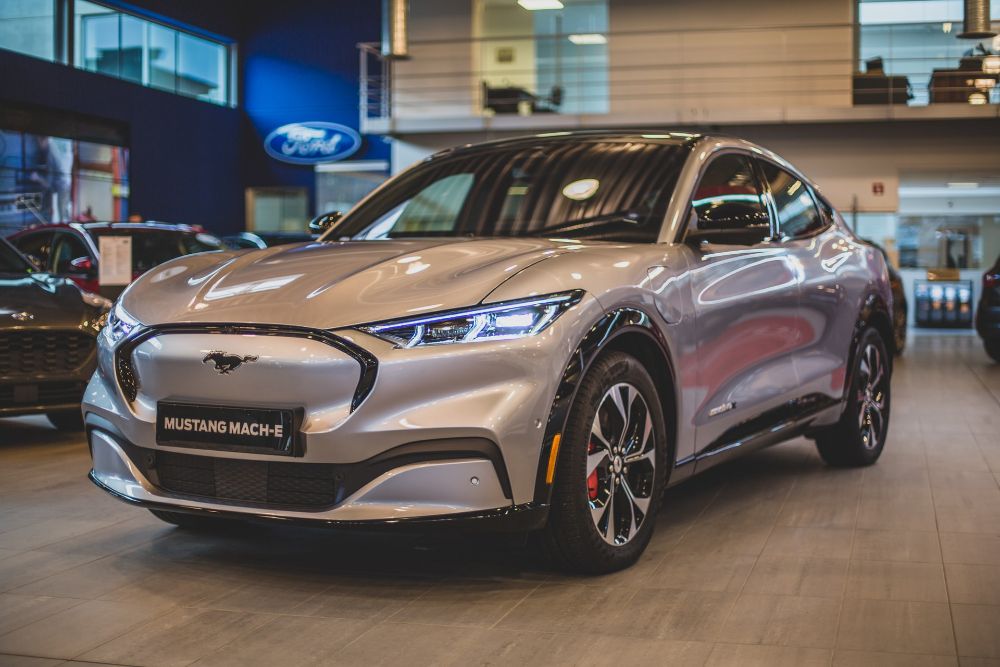 What I Like: EV enthusiasts can look to the Ford Mustang or, rather, its 2022 reincarnation, the Ford Mustang Mach-E, to get a truly reliable, comfortable, and amazing cost-efficient electric automobile.

This automobile is a homage to both history and the future, influenced by the iconic Mustang although driven solely by electricity. Several slight aesthetic inspirations from the classic Mustang can be seen on this automobile. However, it is a completely new model.

There are two battery sizes to choose from, and you can go with either a rear-wheel or an all-wheel-drive system.

Regardless, the Mach-E has a 300-mile range and all the current luxury features you’d expect from a high-end car. A 5-person cabin with a sophisticated storage system and a simple-to-use interface.

The Mach-E, despite being slower than its gas-powered predecessor, boasts impressive stats for a premium EV at a reasonable price. It boasts a top speed of 160 mph and can go from 0-60/mph in 5.1 seconds. 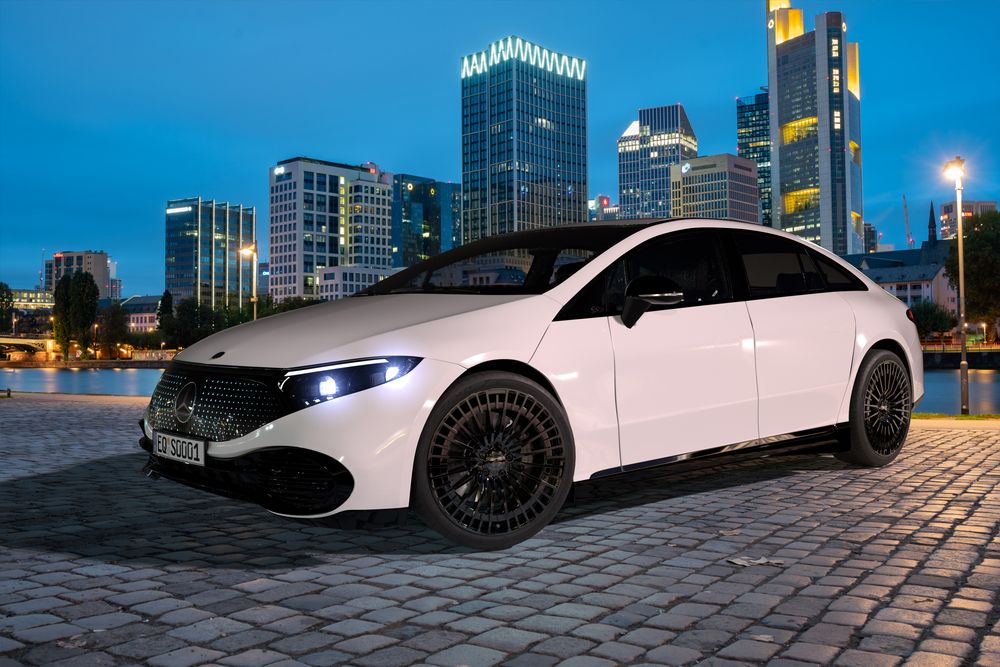 What I like: With its big and peaceful cabin, the EQS is the greatest luxury electric vehicle of 2022.

For the time being, the EQS comes in a variety of configurations, including the base 350 models, the EQS 350+, the EQS 580 4MATIC, plus the well-tuned 4MATIC+.

The Mercedes-Benz EQS 450+ has a 422-mile range, AWD, two electric motors, as well as – most excitingly – self-driving capabilities on highways and other smoother routes.

With its three-screen dashboard, it provides a fantastic entertainment experience for passengers. 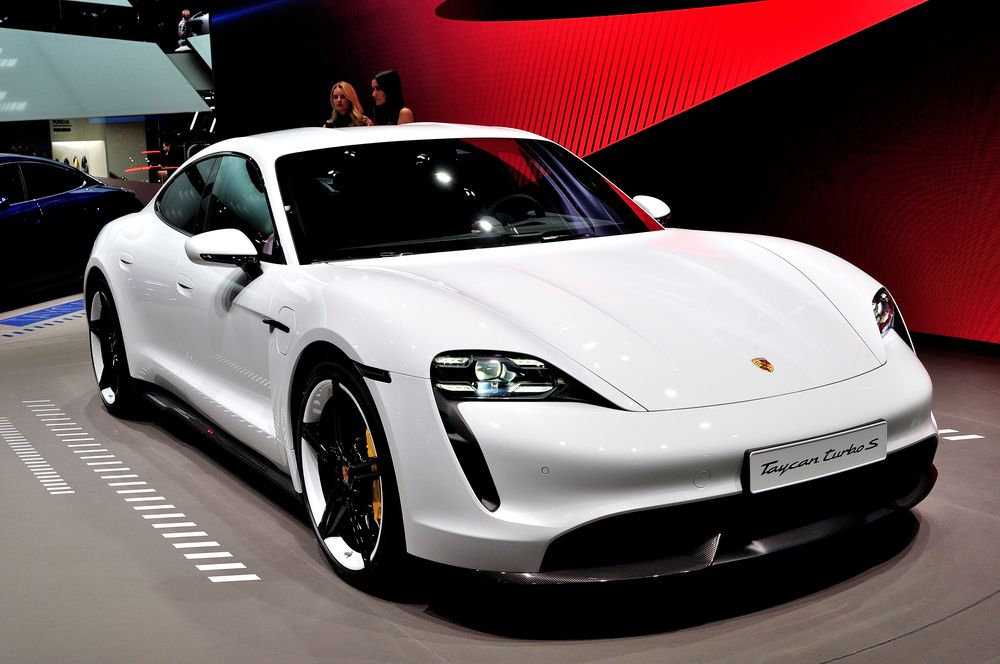 In 2022, Porsche will expand its lineup to include new models based on the Taycan’s success. There are now several Tourismo variants of the Taycan available, in addition to the basic model.

As anticipated, the Porsche Taycan has a powerful engine, edgy styling, as well as a streamlined overall appearance.

The only production electric car to feature a two-speed drivetrain as well as an 800-volt electrical grid, the Taycan promises faster speeds and nearly identical recharge periods.

Although it lacks the Turbo’s 201-mile range, it is still a great contribution to the EV market, despite its shortcomings.

The automobile battery can go from 5percent to 80percent in 22.5 minutes thanks to its 800-volt power layout. 240-volt chargers, on the other hand, take closer to 12 hours to recharge, even though fast chargers are uncommon. 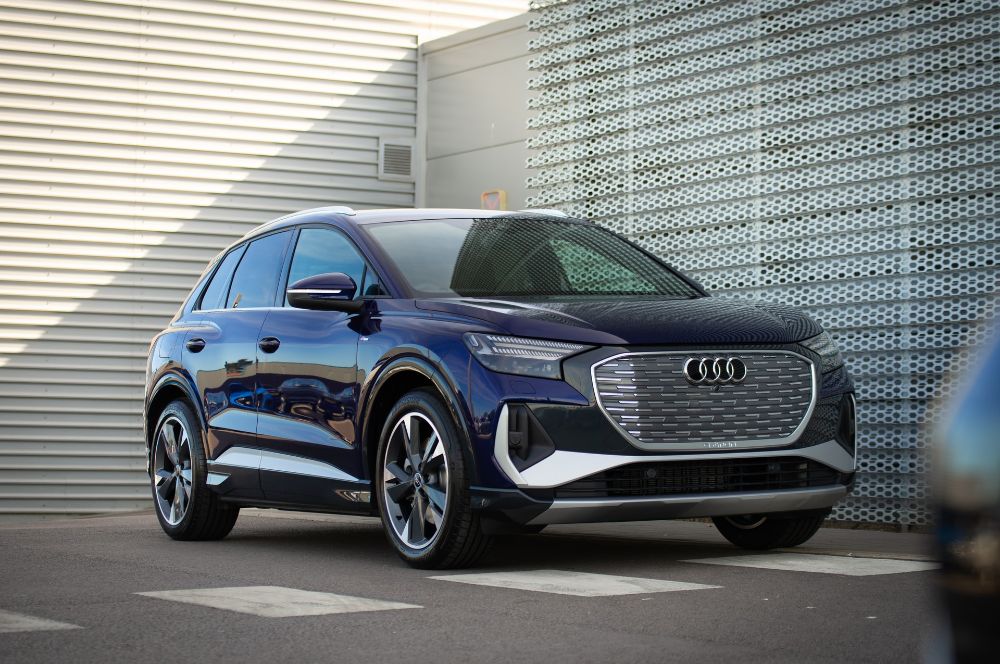 What I Like: Both the e-Tron and its Sportback SUVs, due in 2022, will double up Audi’s EV-centric e-Tron product line. Audi does have big plans for premium electric cars.

The Q4 and Q5 crossovers share a footprint with the midsize e-Tron SUV but are smaller.

In addition to the 201-hp power source as well as a 77.0-kWh power bank, a 295-hp dual-motor arrangement with an AWD is available as an alternative.

Up to 241 kilometers per charge are claimed by the battery pack. As soon as the Q4 e-Tron versions go on sale, they’ll face competition from the Volvo XC40 Recharge and Tesla Model Y. 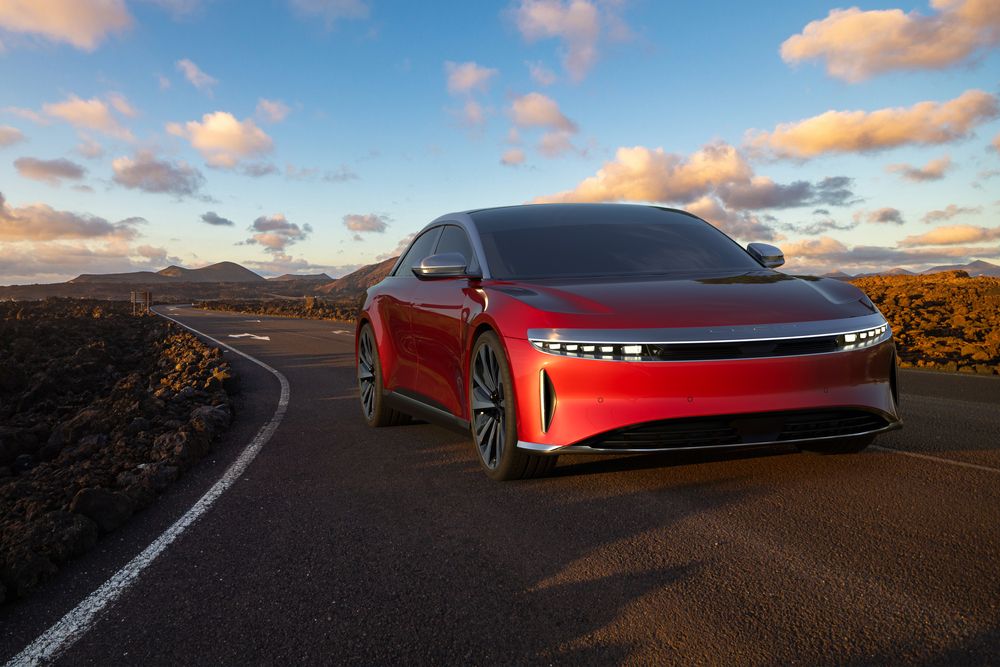 Similar to the Tesla Model 3: similar seating capacity, and they’re both fast.

What I Like: To some, the Lucid Air is among the most daring electric vehicles ever created. It refuses to follow the rules and instead creates something unique.

EPA range grades upwards of 520 miles are unheard of in a car, making the Lucid Air among the most discussed vehicles of the year.

Since it was Lucid Motors’ first product, the car set a new bar for rivalry with other automakers like Tesla. It has between 480 and 804 hp. 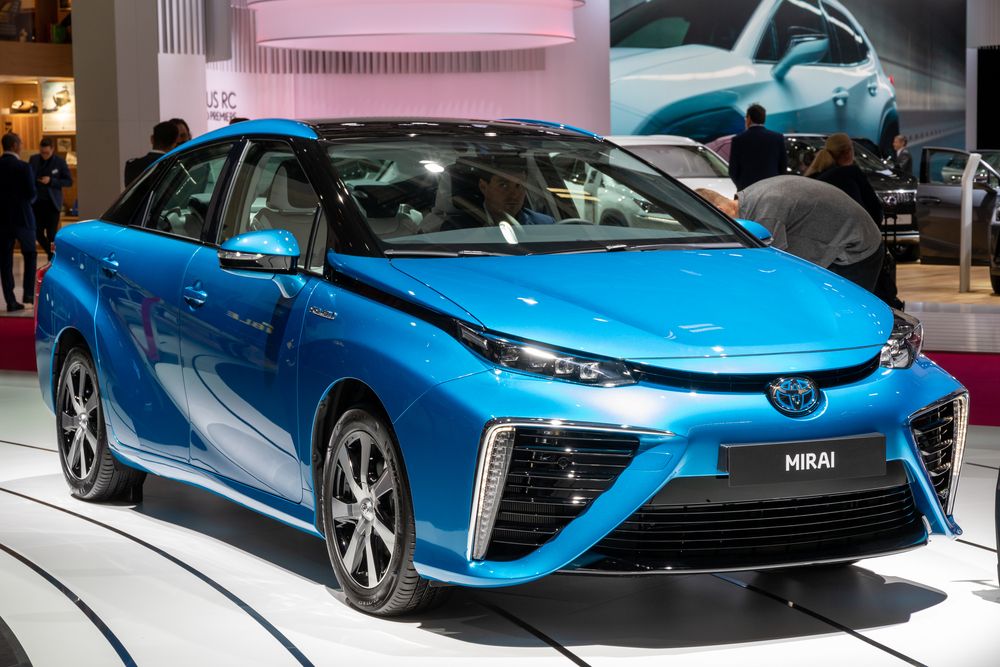 What I Like:With the Mirai, drivers don’t have to wait in line at an electric vehicle charger for hours to refill. The cabin is luxurious, the ride is comfortable, and the handling is surprising.

The Toyota Mirai is propelled by a fuel-cell electric drivetrain, which is a type of hybrid powertrain. The outcome is a hydrogen-powered electric car that is not pulled from the country’s electrical infrastructure.

All of Mirai’s 182 hp is routed to the back wheels through a single-speed direct-drive transmission. While maintaining a refined and controlled ride, the RWD chassis gives a remarkable level of agility. 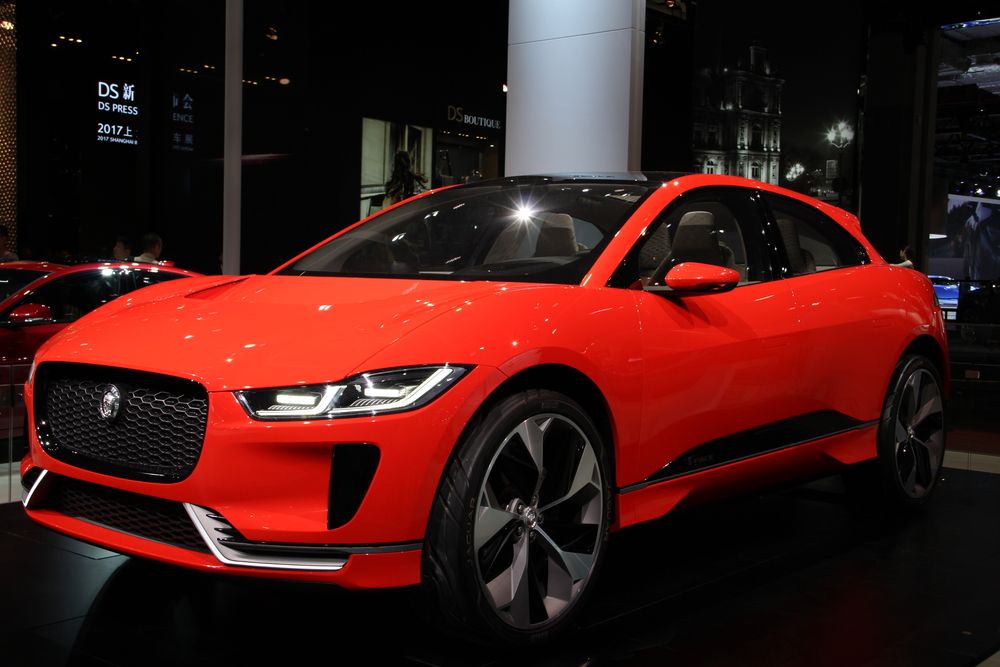 What I Like:Labelling and aesthetics make a statement with their combination of speed and calm.

Electric motors that generate a collective 512 pound-feet of torque as well as 394 hp power the standard I-Pace AWD. Using this energy, you may zip through city traffic and overtake slow-moving vehicles on the highway with ease.

In addition to its basic air suspension, the I-Pace provides an excellent steering feel. Because of the meager gravity center provided by the large battery pack under the floor, the electric Jag is more agile and stable. 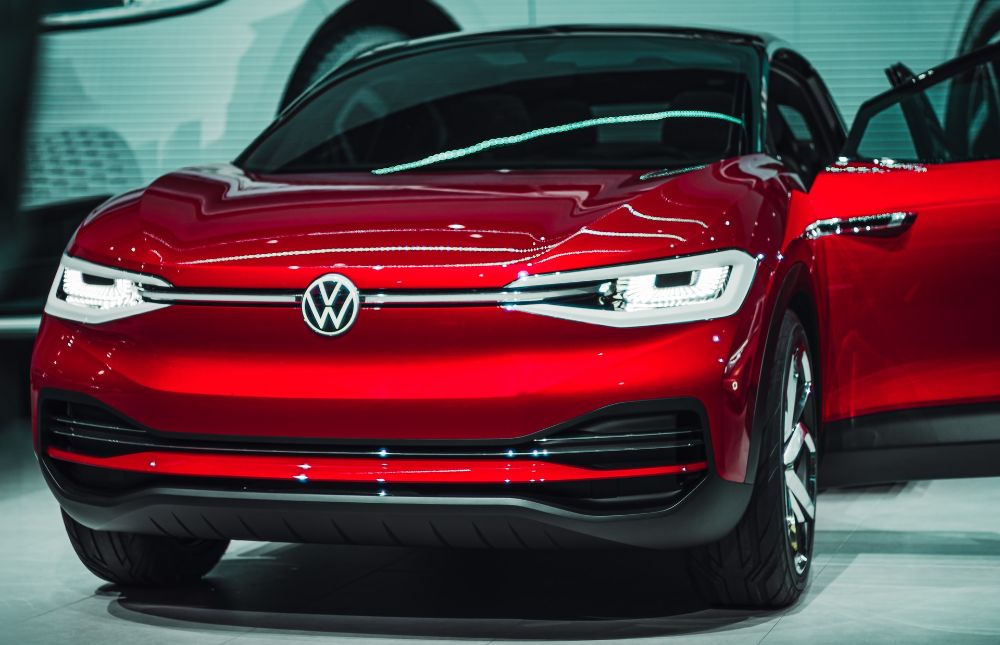 Similarities to Tesla Model 3:Similar range and starting price as well as acceleration.

What I Like: Cargo-friendly cabin, good driving range, and quiet cruising are just some of the features of this vehicle.

With a low cost of ownership, the new Volkswagen ID.4 crossover is an excellent choice for families.

The ID.4 is an excellent alternative for buyers looking for a low-cost BEV, as it is priced below the Tesla Model 3 SR+ and will soon become available with all-wheel drive as an option.

AWD provides another motor plus raises the power output to 295 from 201 in rear-wheel-drive variants.

Besides that, the ID.4 is a good fit for the more economical Tesla Model 3 trim levels. It has a near-identical range to the Model 3 SR+, but the yearly and lengthy ownership cost is expected to be lower. 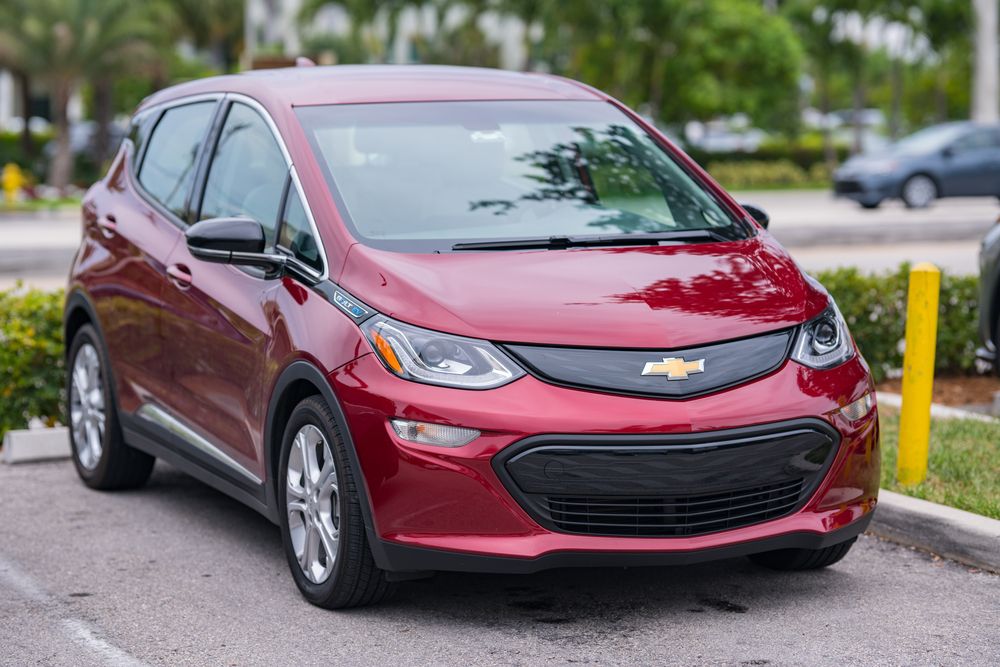 What I Like: The Bolt EV, motor, and chassis for the year 2022 are all the same as previous models we’ve tested(in a good way).

Its front-wheel-drive electric motor continues to deliver 200 hp as well as 266 pound-feet of torque. There is a lot of low-end torque in this arrangement, so you can get off the line as soon as you see the green light.

The new Chevy’s electric motors are less responsive at freeway speeds, but they should still be easy to merge and pass on the freeway.

For the second year in a row, we expect it to provide an enjoyable ride and lots of power—and to shatter whatever assumptions you may have about electric cars.

It is also possible to drive the car with one pedal, which is accomplished by simply tapping on the center console. This configuration increases the amount of regenerative braking so that the brakes are rarely needed. 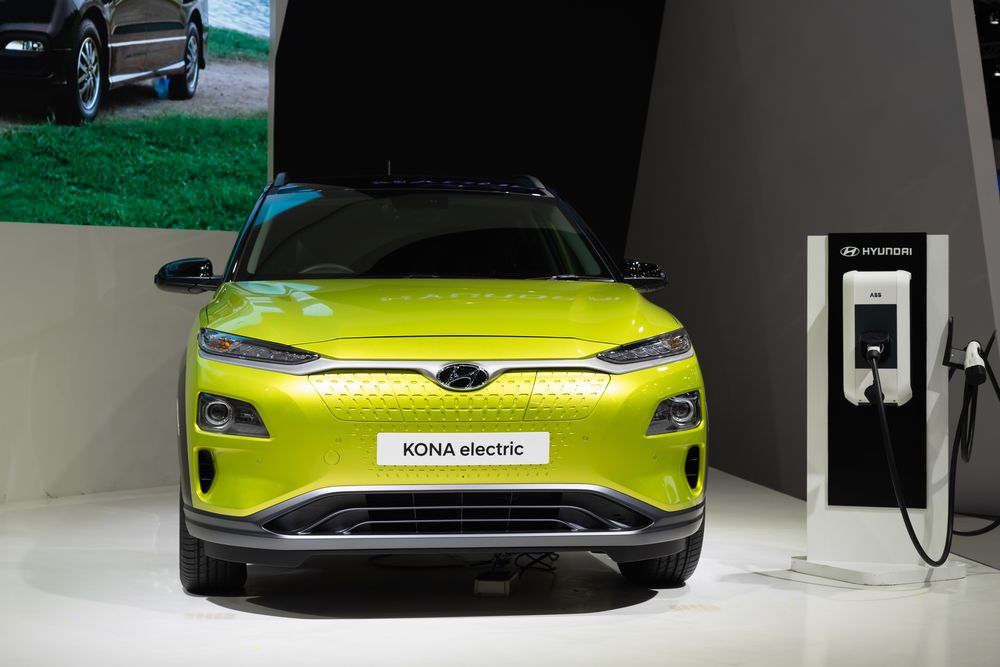 What I Like: Eagerness to accelerate, competitively calculated driving distance, 10-year warranty included. All that we appreciate regarding the current gasoline-powered Kona is here in an electric version.

All that we loved about the gas-powered Kona will be carried over to the electric version for 2022. The Kona Electric has a 201-hp electric motor rather than a four-cylinder engine, and it can travel 258 miles on a single charge.

The range of an electric car is a critical consideration in today’s burgeoning market for electric vehicles.

The Tesla Model Y can go up to 326 miles on a single charge, whereas Chevrolet’s new Bolt EUV has a claimed range of 250 miles. 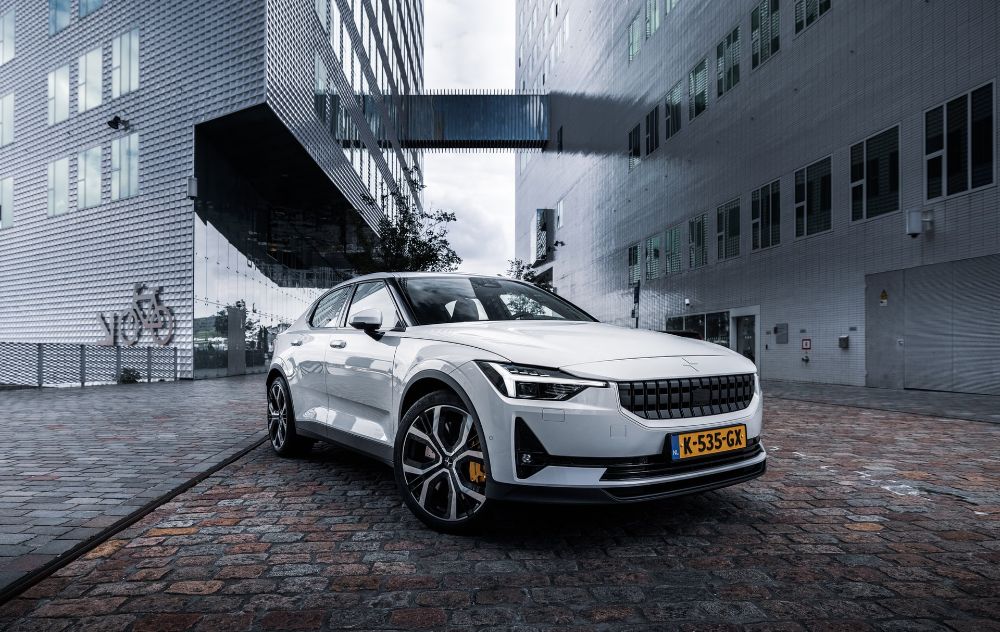 What I Like: When it comes to personalization, the Polestar 2 is at its best. In terms of future demand, this electric car pushes the envelope with an abundance of novel features.

Android-powered infotainment in a car is a first for the automotive industry, allowing users to access Google benefits like Play Store, Maps, Assistant directly from their vehicle.

To compete with Tesla, Polestar, a Volvo-owned and Geely-owned brand, began creating electric cars in 2017. With a claimed 292-mile scope and lots of acceleration, the Polestar 2 is a five-door electric hatchback.

The Polestar 3, an all-electric SUV, is also expected to be introduced in the latter half of 2022 or early 2023. It has a top speed of 62 mph and is built for both performance and utility.

As a result, the brand promises a car that knows its driver through their phone and changes their seat correspondingly. Driver preferences will also be shown on the car’s infotainment system. 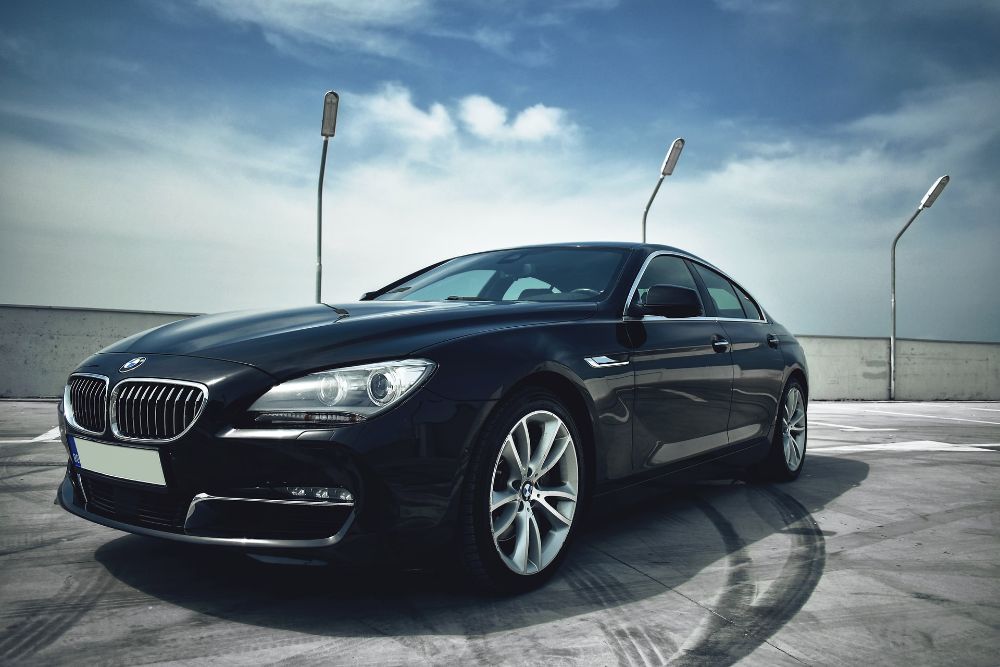 What I Like: Acceleration is quick, handling is agile in town, and the car’s design is sufficiently futuristic. In addition to its electric engine, the i3 features a futuristic appearance and a sleek interior.

The i3’s 42.2-kWh power bank shrinks in comparison to the Bolt EV’s 60.0-kWh battery pack as well as the EPA grade of 259 miles of all-electric driving distance.

Similarly, the largest battery in the Model 3 can deliver a range of 353 miles. The i3 is the only car that offers a gas-powered range extender that kicks in when the battery drops to 5 percent charge. 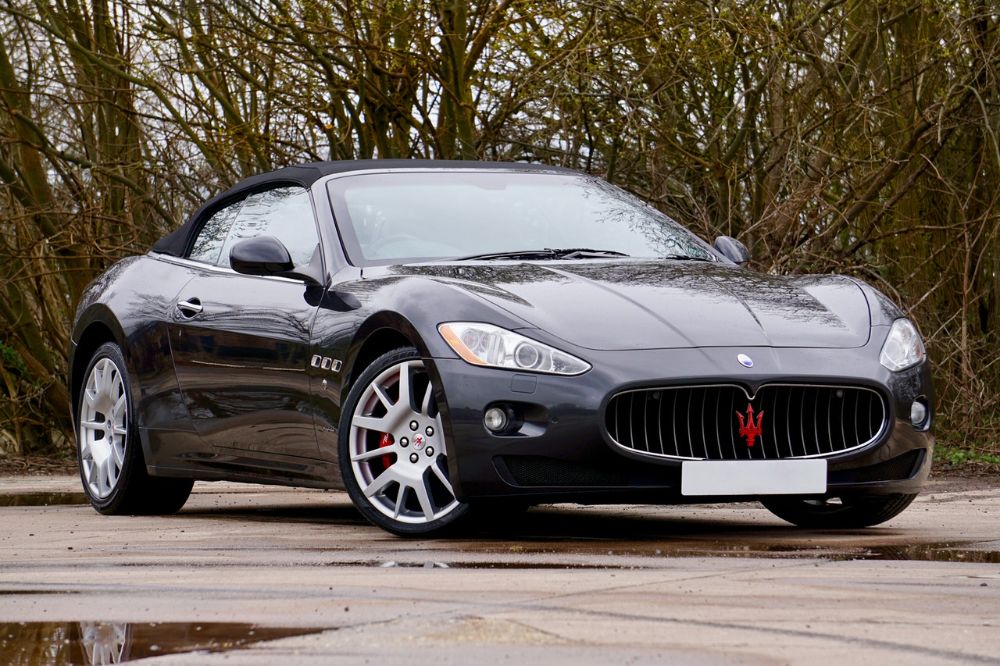 However, despite its race-car-like appearance, it’s a strong personal favorite of my vehicle. When it comes to automobiles, the Maserati MC20 is unquestionably groundbreaking.

It’s packed with cutting-edge engineering and technology, and it can go from 0 to 62 mph in just over two seconds.

The electric MC20 weighs around 80-100 pounds more than the gasoline-powered model, but its numbers and overall appearance more than makeup for that. 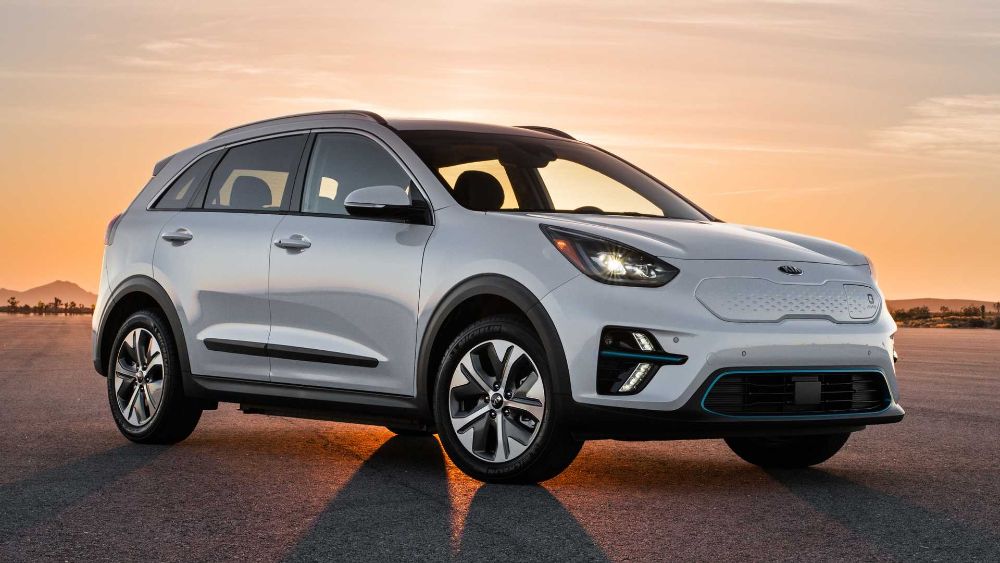 What I Like: One of the most polished non-luxe EVs, it has a nicer appearance than the more blah EV boxes and a long list of basic features.

Newly updated 2023 Niro models will be driven by a hybrid powertrain that includes a 1.6-liter four-cylinder engine and an electric motor.

The 2023 Niro will only be available with front-wheel drive and a six-speed dual-clutch automatic powertrain. Our recommendation is the EX trim level, which is well-equipped and far less expensive than the EX Premium. 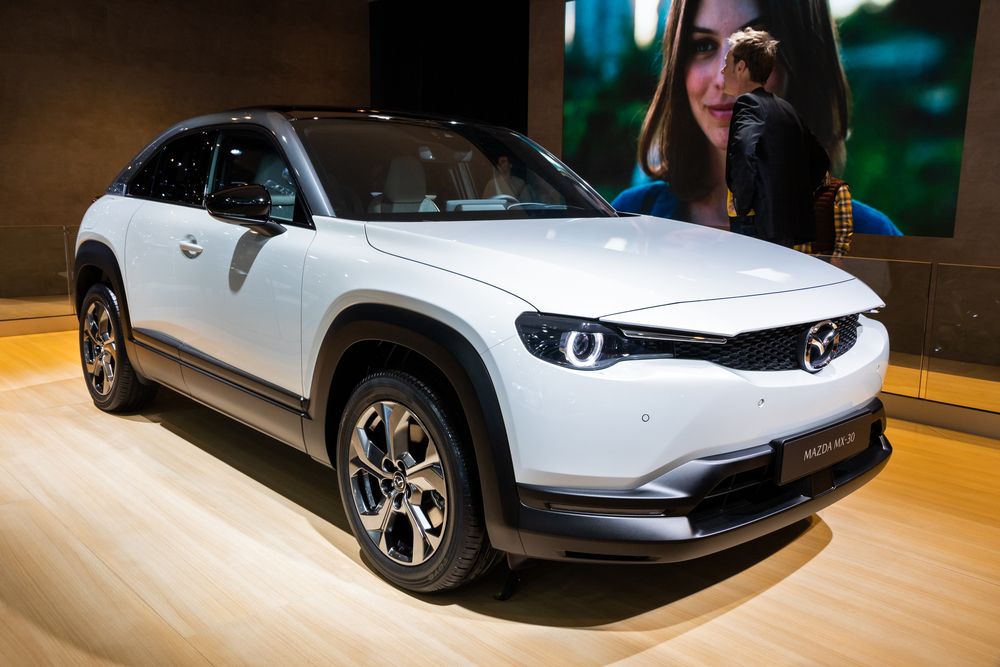 Trim levels are: EV, Premium Plus

What I Like: Sustainable materials are used, making a tremendous impact on the interior. It offers flexible handling.

The MX-30 SUV, Mazda’s first all-electric car, has a sleek design and a simple cabin, but it doesn’t have the reach to get you to your destination.

Featuring a coupe-like canopy and rear-hinged back doors, this vehicle’s external design is inspired by the BMW i3 electric car’s styling.

The 143-horsepower electric engine at the front wheels powers the EV Mazda SUV’s 30.0-kWh battery pack, allowing it to go up to 100 kilometers on a single charge.

The Premium Plus variant of the MX-30 is loaded with features not seen on the base model.

You’ll get a 360-degree camera system, heated steering wheel, and 12-speaker Bose stereo, plus more from this model’s list of standard features.