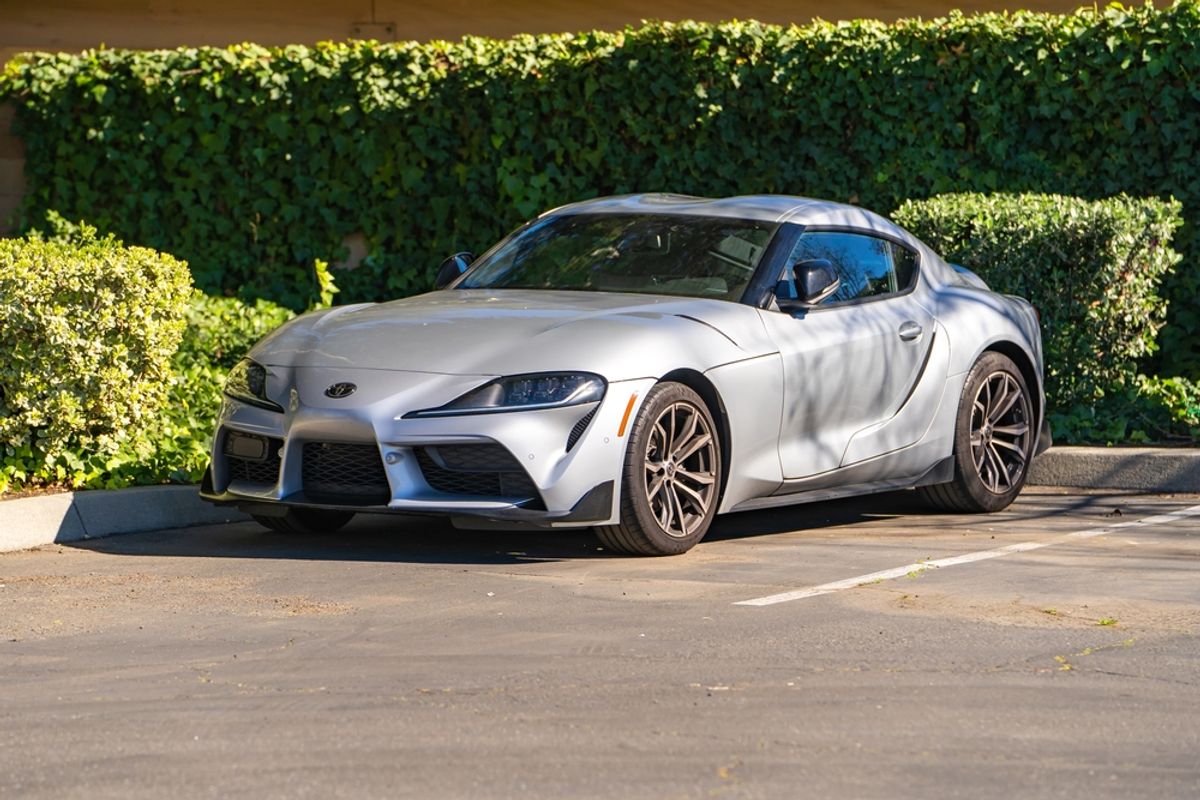 Let me state right off the bat that I love the 2022 Toyota Supra. This thing is beautiful, sleek, and tasteful, and that’s just its appearance. According to Car and Driver, “It was developed and is built alongside the 2020 BMW Z4 convertible.

The Supra coupe offers a personality that’s unique from its Bavarian brother, even though the two cars share the same powertrains.” The Supra, however, features two turbocharged engines, a standard 255-hp 2.0-liter four-cylinder, and an optional 382-hp 3.0-liter inline-six. A wallop is delivered to its rear wheels via an eight-speed automatic transmission giving it a zero to 60 mph of 5.0 seconds.

With a comfortable, luxurious cabin constructed from the BMW parts bin, the Supra is loaded with tons of fun features. Thecarconnection.com notes that the Supra has a high-quality but slightly different version of the BMW’s iDrive and rotary dial features. The price is one of its best features.

Bell of carconnection.com was not as enthusiastic with his overall rating of 6.2. This was mainly due to the Supra’s low comfort and quality rating of a dismal 4.0. Bell was unimpressed with the amount of cargo space and absence of back seats.

He also felt that getting into and out of the car was too laborious. “Occupants will occasionally smack their heads on the low-slung roof, and the seats sit so low that core strength is needed to wiggle out. Once seated, some may not like the legs-out driving position, though the seats have good bolstering and either eight-way or 14-way adjustments to dial in the most comfort.

A wide transmission tunnel separates occupants and pushes their legs outward, and tall drivers will want more legroom,” he said. As we all know, a car’s most valuable feature is safety. These standard safety features of the Supra definitely set my mind at ease: Electronic Stability Control (ESC), Side Impact Beams, and Back-Up Camera, among many others.

According to Advanta-STAR Automotive Research Corporation of America, over 200 people are killed each year when backed over by motor vehicles. While the Supra offers optional emergency braking using sensors that apply the brakes to avoid rear collisions, the Porsche 718 Cayman cannot boast of such braking. Additionally, the Supra has a lane departure warning system that alerts the driver if the car swerves out of its lane.

The system then nudges the car back into its lane. This is a crucial feature for any vehicle, yet the Porsche Cayman is devoid of it. The Supra’s optional cross-path warning system uses rear bumper sensors that send alerts when vehicles approach the side.

Again, the Porsche comes up short without this system in place. Everyone has likely experienced how frightening a drowsy driver behind the wheel can be. I’m a huge proponent of any car that includes an alert monitor feature.

“The Supra’s driver alert monitor detects an inattentive driver then sounds a warning and suggests a break,” said ashburyauto.com in an article comparing the Supra and Caymen. “According to the NHTSA, drivers who fall asleep cause about 100,000 crashes and 1500 deaths a year. The 718 Cayman doesn’t offer a driver alert monitor,” the site said further. 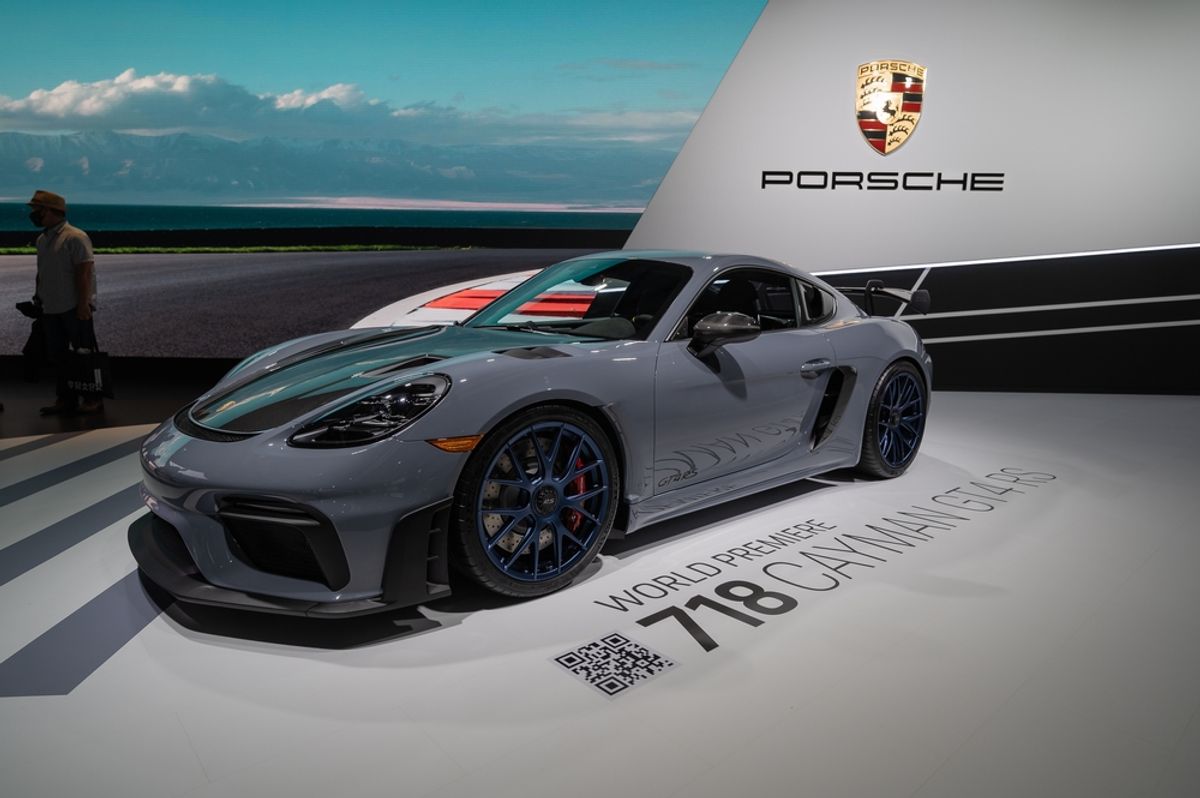 As for features shared by both cars, according to ashburyauto.com, the Supra and Cayman have standard driver and passenger frontal airbags, front side-impact airbags, driver and front passenger knee airbags, side-impact head airbags, four-wheel anti-lock brakes, traction control, electronic stability systems to prevent skidding, daytime running lights, rear-view cameras, available blind-spot warning systems and rear parking sensors. The 2022 Porsche 718 Cayman, like the Supra, is a beauty. The price is $62,000 for the base model, which hits 60 mph in 4.9 seconds, and base and T models use a 2.0-liter turbo-4 rated at 300 hp and 280 lb-ft of torque.

A further look at their shared features, according to thecarconnection.com, are their striking looks and svelte lines, spectacular handling and quickness, and tough engines. Thecarconnection.com ranks Porsche at an 8 and the Supra at a 14. Ultimately, the Porsche has a driving purity that the Supra just can’t match.

It also comes with a full 4-year/50,000-mile basic warranty for the entire car. If you’re looking for a powerful engine, the 718 Cayman turbo’s 4-cylinder engine goes from zero to 60 in 3.9 seconds. As much of a dynamo as it is, the Cayman conserves gas with an engine control system that turns off some of the engine cylinders when they are not needed. 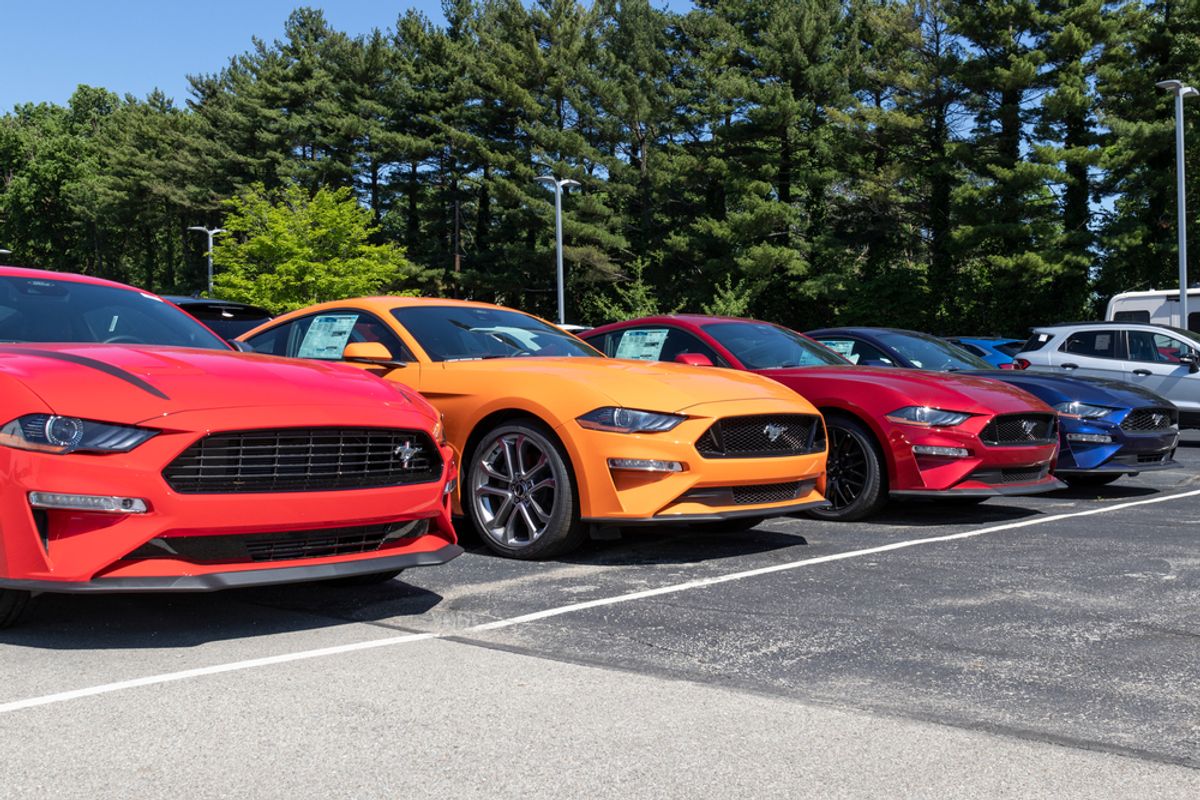 Let’s take a look at how the 2022 Toyota Supra and 2022 Ford Mustang are alike. According to forcegt.com, “Both are rear-wheel drive two-door coupes with a passion for speed and tire-shredding antics, but more importantly, both claim a sub 4.0 seconds 0-100km/h and a love of corners.” Both have similar design and comfort, performance and handling, and equipment and features, which are all explained in my more detailed look at the 2022 Ford Mustang.

Some have been sharper and sexier than others, of course. The classic 60’s models never fail to catch the eye, for instance. On the other hand, the 1980s had a few models that ranged from forgettable to downright unattractive.

That said, the 2022 Ford Mustang has to rank among the most beautiful of them all. This thing is a head-turner. A few notable features of the 2022 model are three new appearance packages and Ford dropping the horsepower by 10 as well as a 10-lb-ft drop in the GT and Mach 1.

Stricter emissions requirements could be the culprit for this. According to Eric Stafford of caranddriver.com, there is still plenty to love about this Mustang. “The Mach 1 has an additional 20 horsepower (480 total) versus the regular GT models, and it has performance equipment pulled from the Shelby GT500 that makes it more engaging to drive.

Unfortunately, this puts its starting price near $54,000, so we’d recommend the regular GT coupe,” Stafford said. If you prefer the manual transmission, Car and Driver recommends a package adding upgraded Brembo front brakes, a limited-slip differential, and more. Motortrend.com gives the Mustang an 8.4 out of 10.

There is very little not to like about this car, but motortrend.com did manage to find a few things. Perhaps not the world’s most upscale coupe, given that the infotainment displays are almost incomprehensibly small, while even the more luxurious Mustangs carry some cheap-feeling materials which leave you scratching your head. With split-folding second-row seats, the Mustang has an edge over the Toyota Supra’s two seats.

However, the Mustang’s back seats have little room, with only 34.8 inches of headroom and 29.0 inches of legroom. GT models are also lacking in body control, and the GT350’s typically roaring V-8 has been hushed. That said, with an MSRP of $27,205, and a driving experience synonymous with fun along with a powerful supercharged V8, there’s a reason the 2022 Mustang is gaining even more fans than ever.

Its versatility gives drivers an open-top, wind-in-the-hair experience while still providing 21 to 30 miles per gallon. 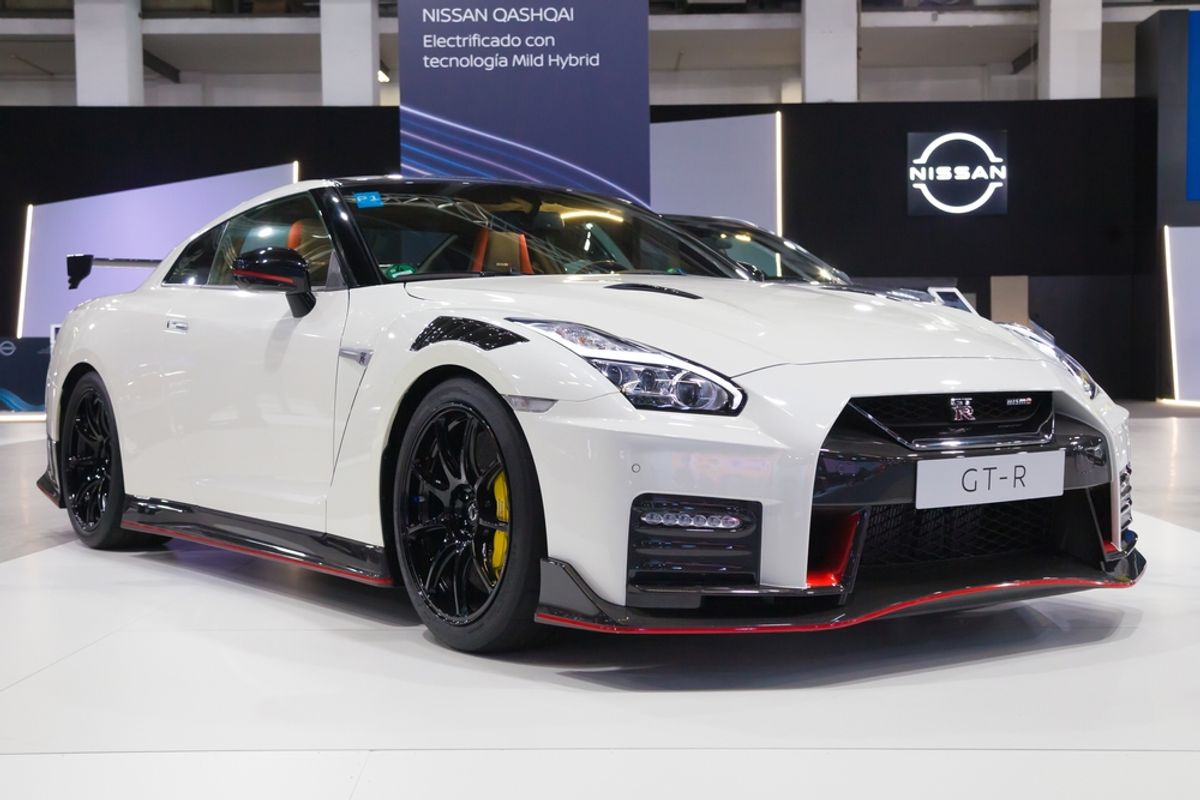 The 2021 Nissan GT-R has several similarities with the 2022 Toyota Supra. They share safety features, like driver and passenger airbags, front side airbags, front head airbags. They also have 4-wheel discs and ABS brake systems, traction control, and stability control.

Furthermore, both have conveniences like power windows, power door locks, keyless entry, power driver seats, and heated mirrors. That’s where the similarities end. The 2021 Nissan GT-R with its futuristic race car good looks, gets up to 600-hp and rockets from zero to 60 in 2.9 seconds.

Car and Driver says that every GT-R earns 16 mpg in the city and 22 mpg during highway travel. Some may find the price exorbitant, at $130,998 to $279,498. The price gets you Twin Turbo Premium Unleaded V-6, power steering, all-wheel drive, and a nifty dual-clutch 6-Speed with paddle shift.

To round out this speed demon’s features, I’d like to showcase its entertainment attributes. With 11 total speakers and 2 subwoofers, just imagine how perfect the sound is. Now imagine it just improved by way of Bose Premium Brand Speakers connected to a Bose Premium Brand Stereo System.

There’s even a DVD player for the passengers to enjoy and a USB connection. Finally, a video monitor and a satellite radio featuring real-time traffic round out this impressive list of pleasures you’ll find in the spectacular 2021 Nissan GT-R.