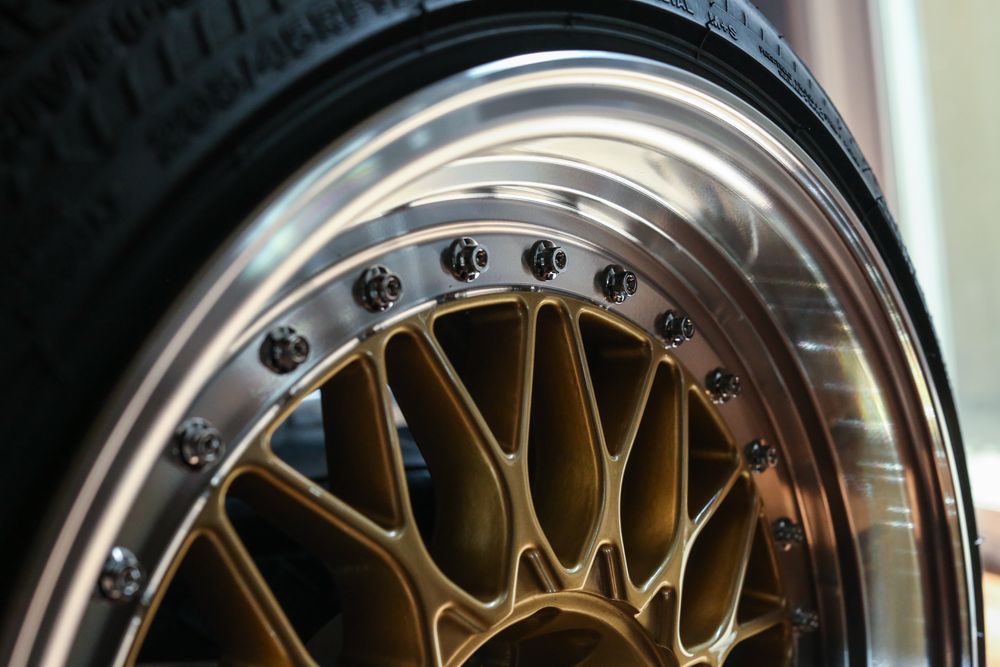 Airless tires prototypes have been around for decades rolling heavy machines, lawnmowers, and bicycles. The French company Michelin will launch airless tires for commercial use in 2024 for passenger cars that will come out of the market. Airless tires are just one of the teeming innovations and technologies whose popularity is linked to the rise of luxury and electric cars.

If you aren’t familiar with how this great innovation works, read to the end as I take you through this comprehensive guide step by step. Let’s dive right into the topic!

Vehicle Bot
Hello, how are you? Ask me anything about vehicles.
Contents Show
How Do Airless Car Tires Work?
How Are They Made?
Benefits of Airless Tires
No Flat Tires
You Won’t Need a Spare Wheel
Increased Productivity
Environmentally Friendly
Lateral Stiffness
Longer Life
Cost?

How Do Airless Car Tires Work?

Solid tires aren’t new and were a common feature in wagons, bicycles, and pioneering vehicles before Dunlop invented the pneumatic tires. They were often made of solid rubber or bands of metal fixed on the outer side of the rims. However, they grew increasingly unpopular because of vibrations, making for an unpleasant and stiff passenger ride.

The Tweel resembles a bicycle wheel but with a honeycomb structure, and you can see through the air spaces. In a typical air-filled tire, the vehicle rides on the air inside the tubes, cushioning the entire structure from shocks, especially in bumpy and rough roads. The Tweel works just the same, but there is no air cushion in this case.

When the shear band on the outside comes into contact with the tarmac, the spokes and the treads temporarily deform to absorb the shock and pressure, then spring back into shape almost immediately. Fortunately, the plastic or rubber spokes are extremely flexible and will keep their shape despite being crushed by the weight of the automobile.

The tweel is a tire that lets you rely on the flexibility of your spokes to absorb bumps in the road. It has different spoke tensions, so users control handling characteristics when installing them on their bike wheels. The speed with which it can flex and snap back into shape makes this an excellent option for city driving or high-speed riding.

The spokes connect the outer part of the wheel to the custom wheel hub that holds everything in place. The custom hub comes preinstalled and requires complex machines to take the airless tire off except for the bicycles, which is much easier. Therefore, the structure makes for a comfortable ride without using compressed air.

How Are They Made? 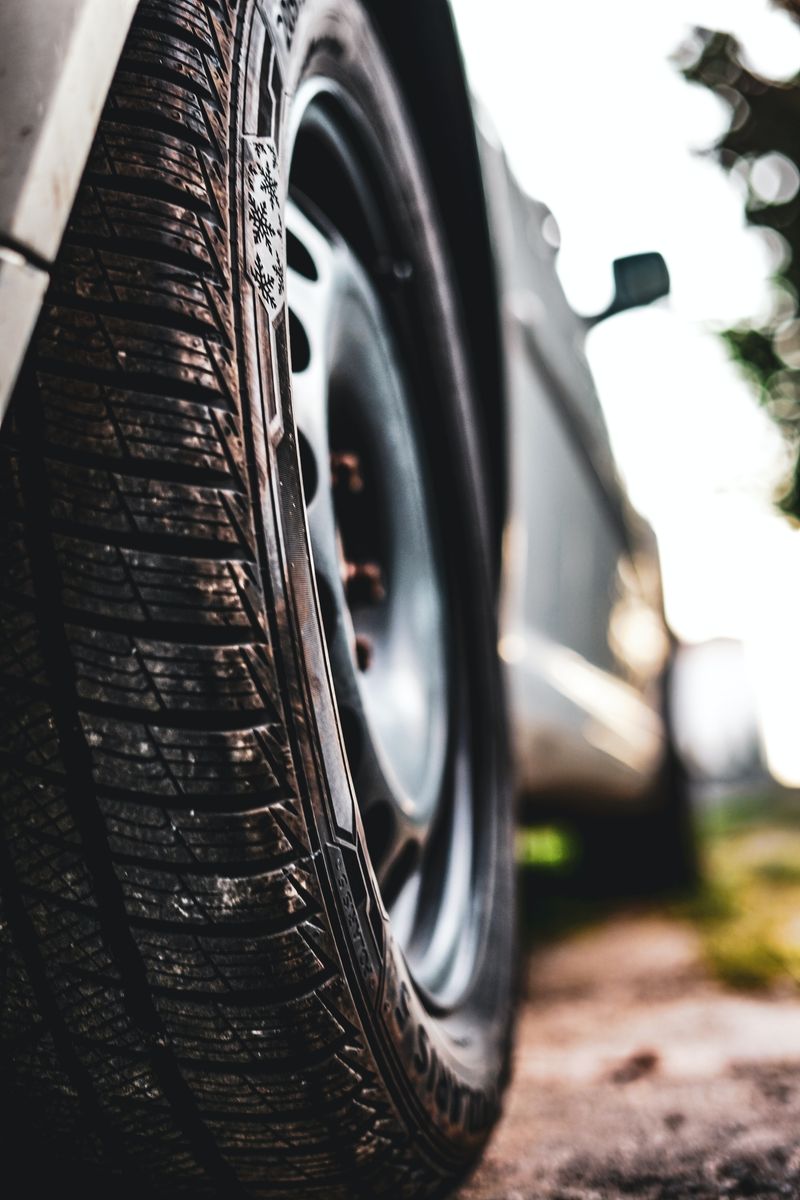 Solid rubber tires are still in production today but on a smaller scale because they are suitable for heavy machinery such as forklifts and construction machines where an air-filled tire wouldn’t last. However, the term airless tires took a new dimension when Michelin first announced the Tweel, a combination of two words, tire, and wheel, in 2005.

The Tweel is a modern air-less tire made of a solid inner hub because it doesn’t utilize the traditional wheel hub assembly. Several polyurethane spokes surround the hub in various shapes and wedges. A smooth band is attached to the outer parts of the tires, which connects with the road during driving.

The tension and the strength of the polyurethane spokes replace the air pressure in pneumatic tires.

The tread is then forged on the smooth outer band that comes into contact with the road. The Tweel resembles a huge, futuristic bicycle wheel. Bridgestone is another company that launched an airless wheel prototype in 2016, which isn’t much different from the Tweel.

For Michelin and Bridgestone, the airless wheel is computer-generated, meaning computerized 3D printers do the designing. Automated manufacturing robots complete the process. However, the process is slow compared to traditional tire manufacturing, and only a few are produced at a time.

This is a big hurdle to the commercialization of airless tires in the near future, as it would warrant an overhaul of the whole process from the factories to the small tire service repair shops.

Every invention comes to improve on the last one and improve the quality of life for humanity, and this one is no different. Here is how you and I will benefit when the Tweel becomes available:

The ordinary tire’s biggest problem is deflation. Once you get a flat tire, there is no going forward until it is fixed. Furthermore, even if you escape a puncture, the tube walls are naturally porous and will gradually lose air pressure which is why you need to keep checking tire pressure every few weeks.

Say good riddance to the norm and welcome the Tweel! For most of us, this feature is nothing short of revolutionary. You won’t have to worry about flat tires from sharp objects and rocks, especially if you love driving on unpaved country roads like me. 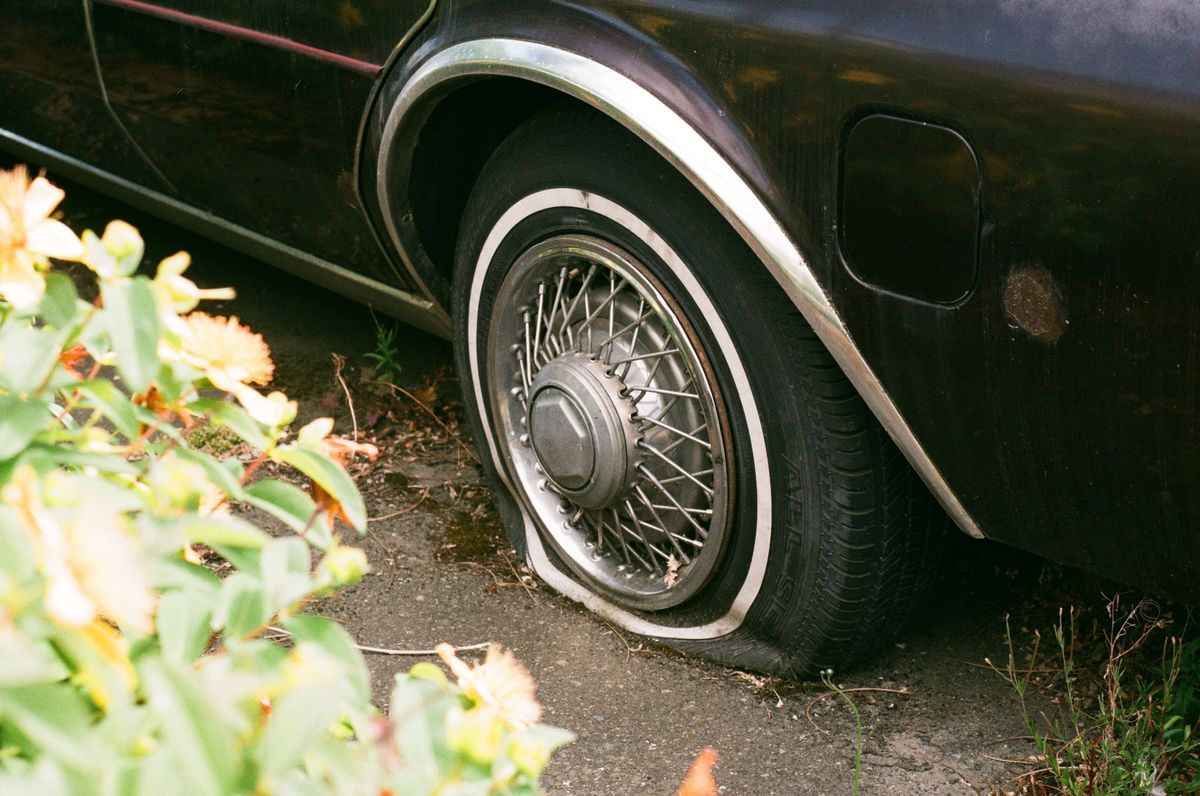 You Won’t Need a Spare Wheel

Any driver knows how stressful a flat tire can be, especially if it occurs far from help and you forgot to bring along a spare wheel. Since the Tweel doesn’t lose air pressure when punctured, you will still continue with the trip as if nothing happened. This feature is timely because automotive dealers are racing to shave off excess weight whenever they can. 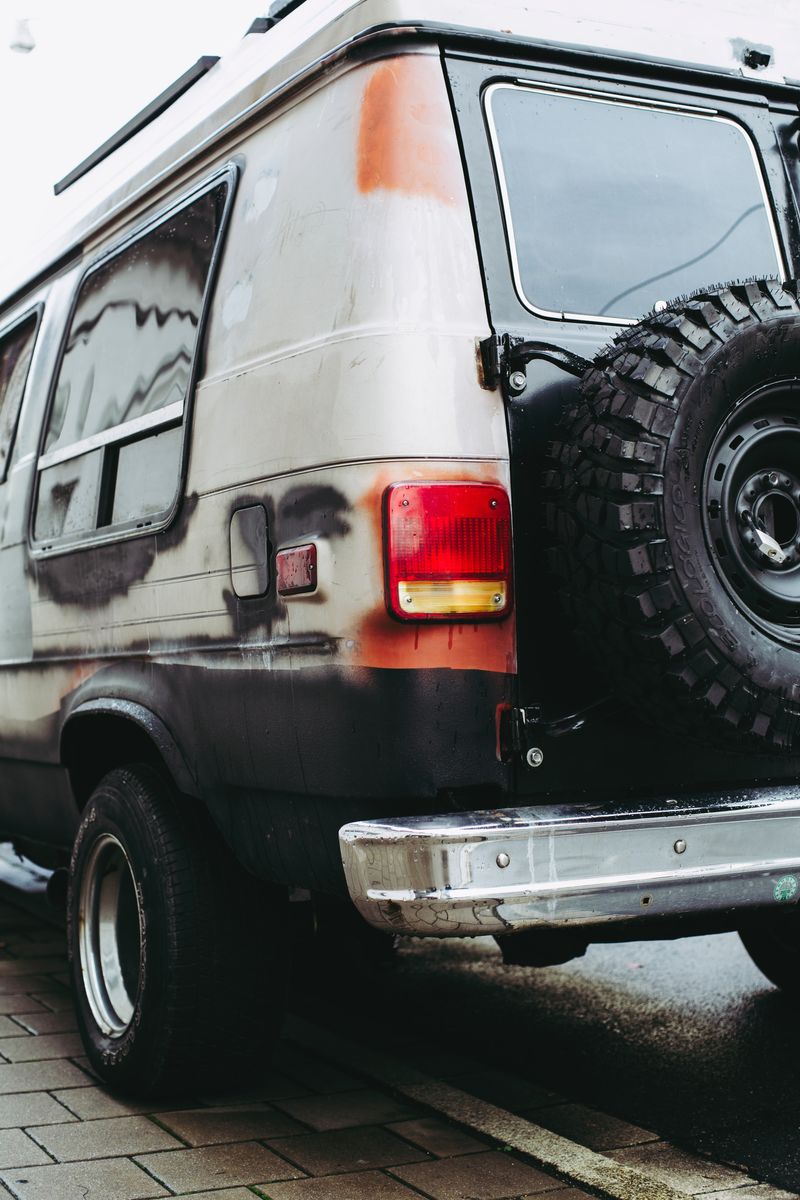 Long-distance trucks and other machinery for industrial application can slow down production when they get a flat tire because they are heavy, and changing it is an arduous task that will probably take a few hours. Flats are also responsible for loss of productivity in construction industries, mining, farming, and other heavy application areas translating to less efficiency.

Airless tires will therefore bring a lot of relief in the concerned sectors.

Co2 emissions from the automotive industry is a great contributor to global warming, and airless tires might be a tool for solving this problem. The absence of a spare tire translates to less weight which increases fuel efficiency and therefore less exhausts emissions because vehicles will use less fuel than before.

Bridgestone has a long-term vision of incorporating sustainable materials into tire production, and the airless concept is one initiative that will help achieve this milestone. By creating the tire from recyclable materials, few of them will end up in the garbage pile, contributing to efficient use of resources. Once damaged, they will be collected, recycled, and then remade into new tires.

Furthermore, there is no air cushion under the tread which means that tread patterns can be customized to carry out water evacuation through little holes, significantly reducing hydroplaning.

Michelin expects their version to last twice or thrice the usual car tires. The outer rubber which comes into contact with the ground can be replaced when worn out instead of disposing of the whole tire. What’s more, it might be possible in the future to retread the Tweel using the same 3D printer that manufactured the tire. 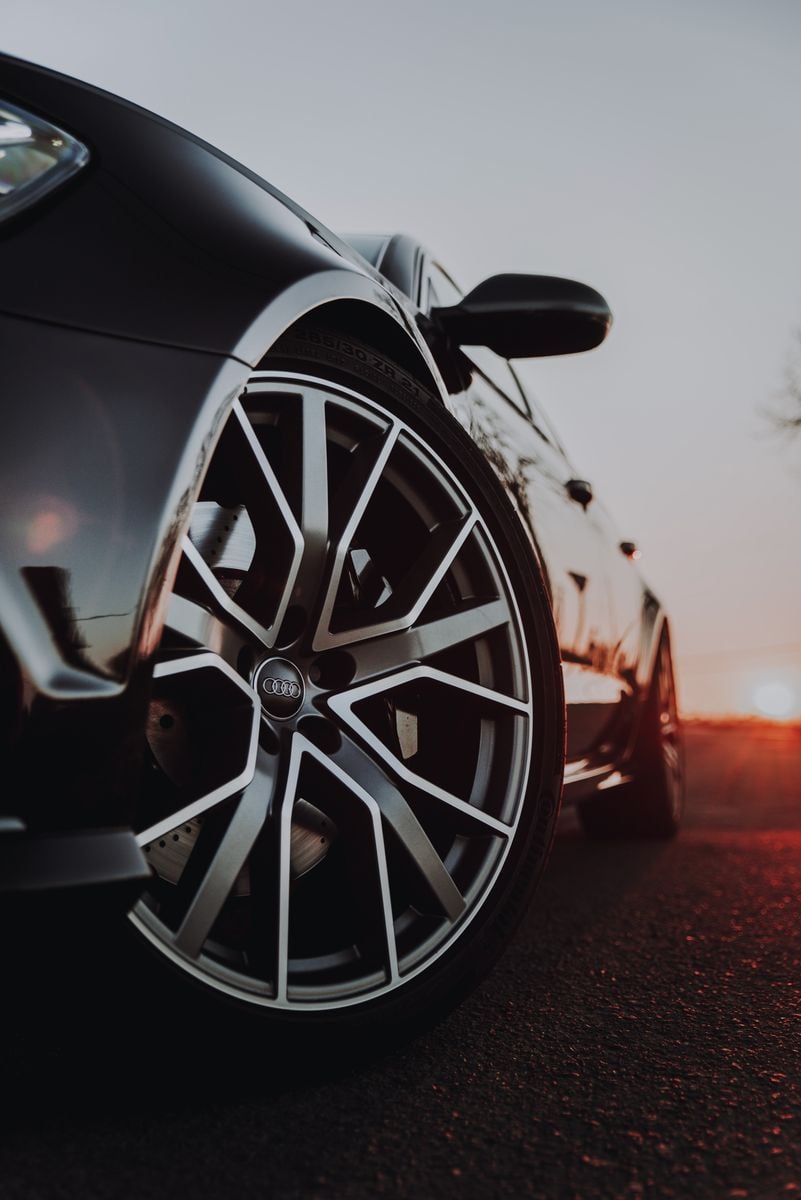 Most people should expect to dig deeper into their pockets for the Tweel because the price, although affordable, is more than a hundred times what you spend on a standard tire. Michelin plans to sell the Uptis (Unique Puncture-Proof Tire System) at a starting price of run-flat tries, which cost anything between $200 to $500 per tire for small and medium passenger vehicles. This price is about 50% to 200% more than non-pneumatic tires.