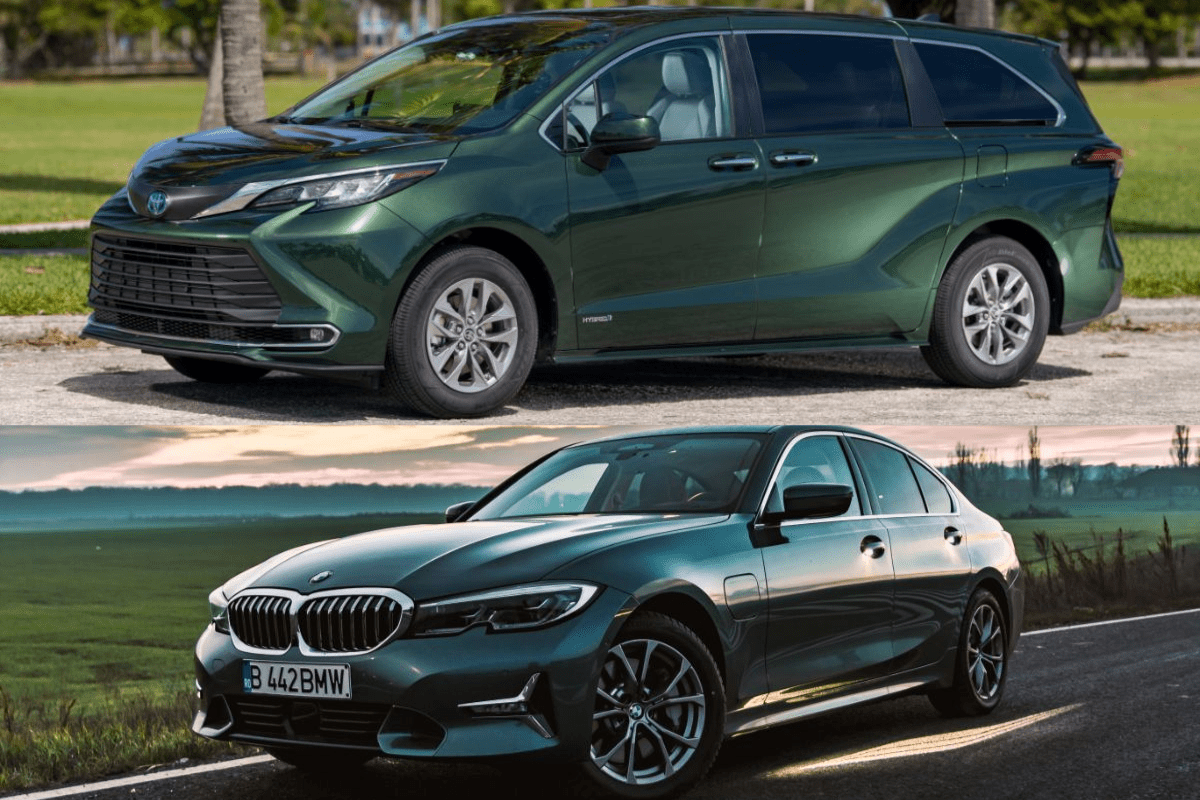 At some point in your childhood, you had to get in a two-door car. Has there ever been more of a hassle on wheels than having to pull the front seat forward? Oh and then trying to squeeze in the back? Probably not.

However, once you have a driver’s license and are ready to go zooming down the road, a sedan is always the way to go. In fact, even two-door cars are small and quite manageable.

Priorities change as your life does. I once knew a woman who had an SUV but desperately wanted a minivan once she became a mom. Everyone, family and friends, made fun of her for pining after that soccer mom look. It was upsetting and even brought her to tears.

The reality is, minivans are easier to get kids in and out of than some SUVs. Everything is about preference. Vehicles come and go, as do your needs for them.

So, I’m going to take you through both minivans and sedans. This will allow you to get a better idea of what either option can do for you and your transportation.

Contents Show
What is a minivan?
What is a sedan?
How are they different?
Features
Fuel Efficiency
Insurance
Accessibility
Space
Design Features
Airbags
Remote Sliding Doors
Fold Down Seats
Cost
Benefits
Minivan
Sedan
Minivans vs Sedans

What is a minivan? 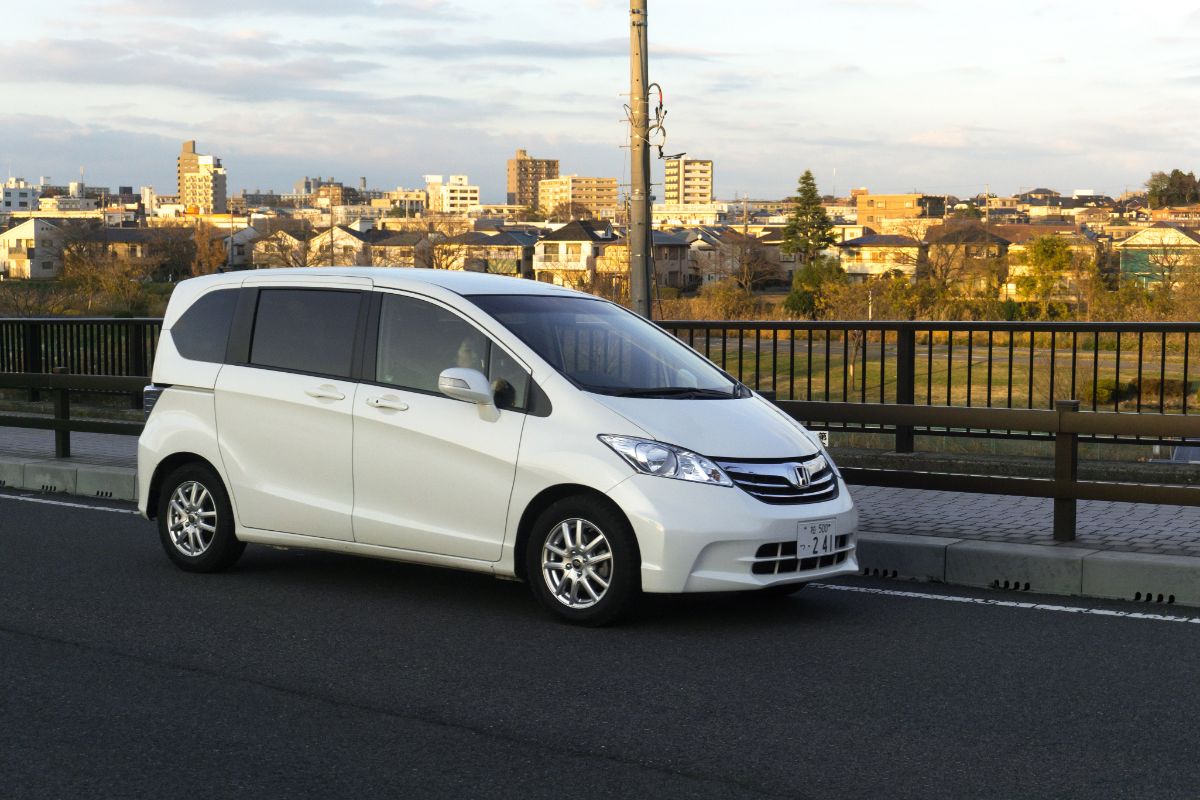 In North America, vehicles with multiple rows behind the front two seats are classified as minivans. These vehicles are larger than sedans but not as bulky as SUVs. The design is meant for someone who needs flexible seating.

In a minivan, that often means rows or seats that fold down, a row that can be removed completely, and middle seats that work for smaller people or as beverage holders.

Minivans have been popular with families since they were created in 1983. From being super boxy to smooth and curvy, the roomy ride has gone through a multitude of changes.

A van can come with two or three rows. It typically has a rather large trunk area that’s good for shopping in bulk, storage equipment, and road trips.

What is a sedan? 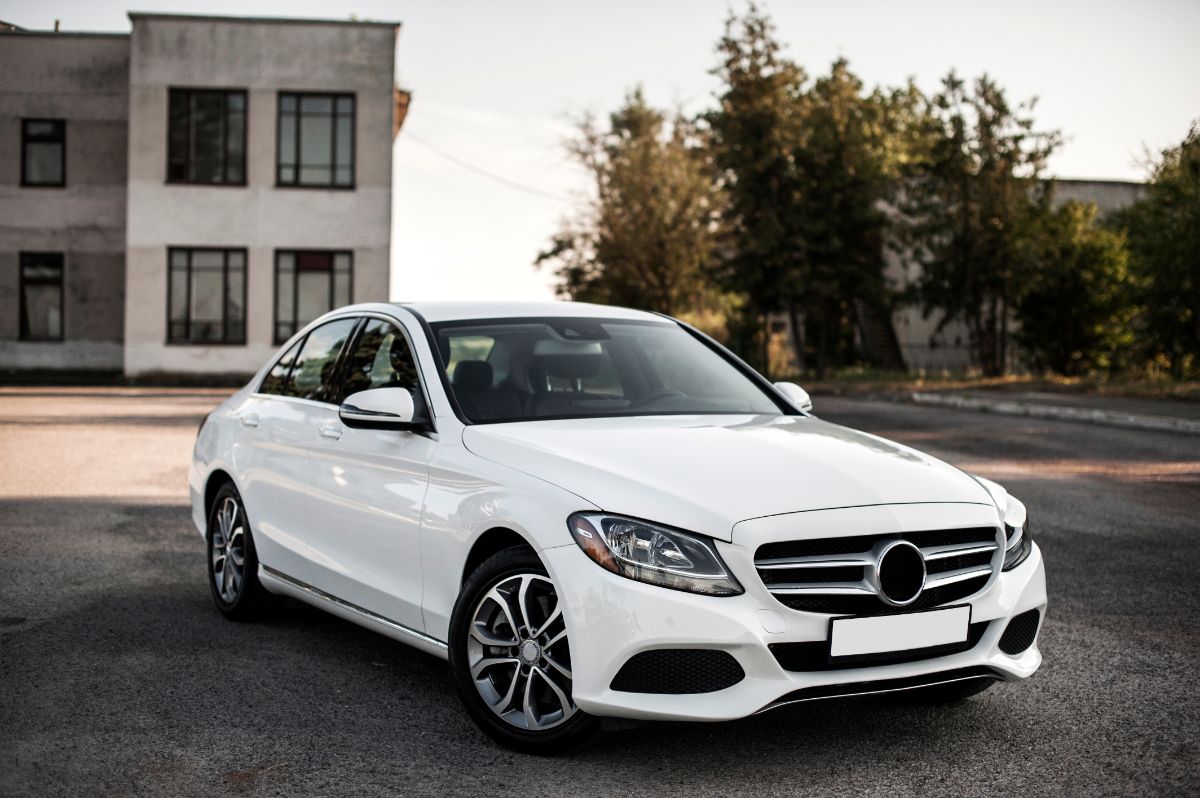 Auto manufacturers have been referring to cars as sedans for over a century. The word comes from the type of chair that was enclosed and carried by people. That type of sedan was around in the 1600s and came with a window view. This was both riding in style and a waste of assistants.

The modern interpretation turned manpower into horsepower. Well, not actual horses, which might be the natural progression from manpowered vehicles to engines. Sedans of old skipped a step from literal horse-powered buggies and went straight into horse-powered engines.

Now, a sedan is a passenger car that is built in a three-box design. The three compartments are engine, passenger, and cargo. By definition, sedans have four doors. Not to be confused with the most annoying car to get in the backseat of, a coupe, which has two doors.

At first glance, the contrast between minivans and sedans is glaringly obvious. The size alone tips you off that the purpose of these vehicles varies from each other.

However, there’s much more than meets the eye. Let’s check out some of the features they both share and how they compare to each other. 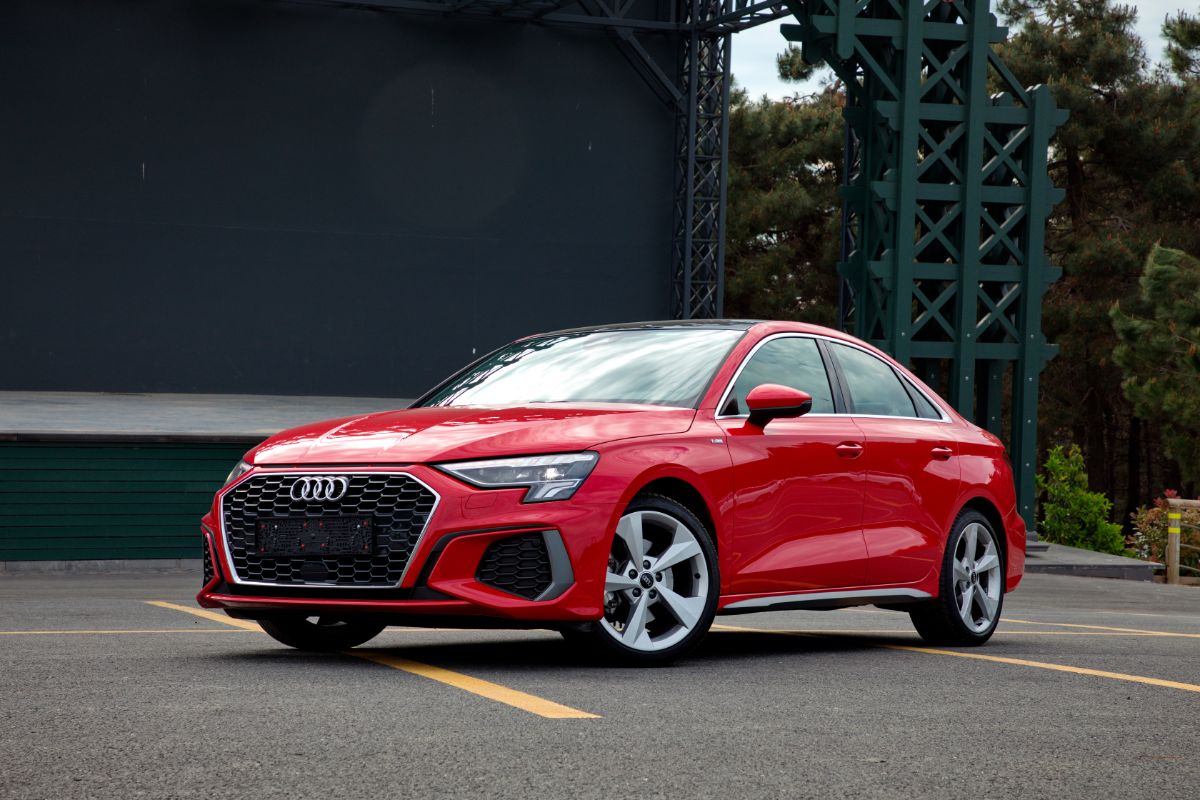 When it comes to getting the most out of a tank of gas, the smaller vehicle will always win. That’s because there’s less of a load to carry around. Sedans get up to 40 mpg on the highway, whereas a minivan can get around 30.

Even if the minivan isn’t carrying anything, it’s still a lot more weight on wheels. Then, imagine filling the seats, trunk, and even the roof. You’re looking at even less fuel economy.

If you continue with the sizing logic, you might assume that a sedan is cheaper to insure in comparison to a minivan. That actually isn’t the case. There are a few things that skew the results. One of those is the typical person who drives each type of vehicle.

Minivans are mostly driven by women in their 30s or older. Sedans are driven by everyone. What’s telling about the minivans is who isn’t driving them, which is young men. Historically, guys through their mid-20s and beyond have a much higher premium.

That’s because they just aren’t the safest drivers in their early years of getting a feel for it. Of course, that’s not all men, but a large enough percentage that they’ve ruined it for all the other guys.

Because they aren’t factored into the average of minivan policies, the sedans are the ones that you end up paying more for. Women who drive them tend to have fewer issues than teenage boys. To be fair, women get in accidents driving in minivans just like there are perfect drivers that are 21-year-old men.

Just the same as men can drive minivans and women can drive sports cars. These numbers are just overall averages based on available data. So, getting a good price on insurance will depend on several factors. Overall, you end up with a better rate in a minivan. 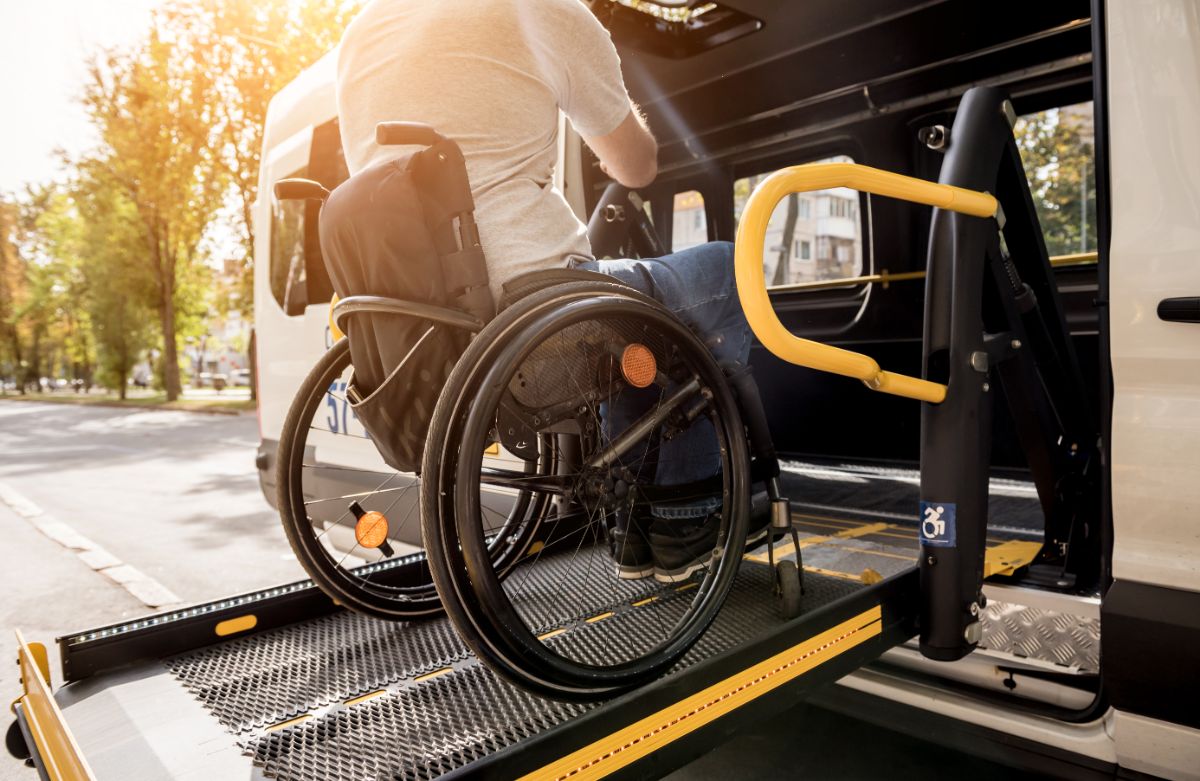 You don’t see sedans picking up people in wheelchairs the way minivans do. One of the great things about minivans is, because they’re so spacious, there’s room to make modifications.

Chair lifts can be installed in a minivan that acts like an elevator with a platform that is lowered. At that point, the wheelchair is rolled onto the device and is electronically lifted up. There’s also a ramp option that slides out for roll-up access.

Minivans are also great for anyone who is mobility challenged or even an individual with arthritis or joint pain. They can simply step inside. The seats in a sedan are kind of sunken, so it can be difficult to get down far enough to get in and have the ability to get out.

Also, due to the extra room in the back, all necessary equipment can be stored. Most sedans have enough trunk space for a wheelchair or other devices but it might be a challenge to fit it perfectly inside. Also, if there are multiple items, that might compound the issue.

Minivans are built to provide space. They sit higher up on the road and are a tad wider than a sedan. The front two seats have a lot of leg room. Because the back rows sit up instead of into the car, the legs go down instead of straight out, as they do in a sedan.

If you’ve ever sat behind someone with long legs in a sedan, you know exactly how quickly you get squished. If you just so happen to be tall, it’s not uncommon to have your knees stuck in someone’s back.

Sedans can be the equivalent of an airplane seat. Someone always has to push their seat back and slide right into your legs.

Of course, with legs that dangle, you run into the problem of having kids who like to kick seats. That’s not the van’s fault, though. 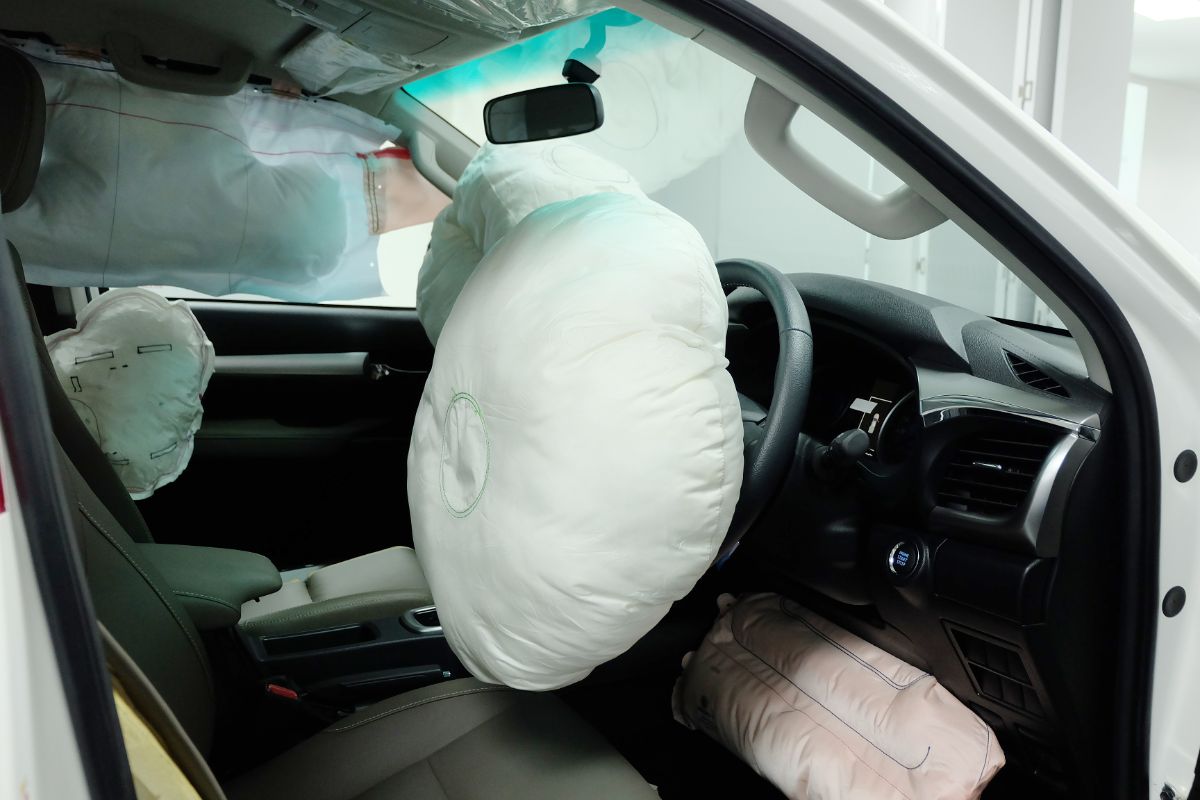 In the front seat of a sedan, a driver or passenger could have their legs crushed in a head-on collision because of the way the front end is designed.

Sedan airbags do their best to insulate, knowing the interior space is tight. In addition to airbags popping out of the steering wheel and above the glove box, some sedans have airbags by the knees, on the doors, and next to the heads of passengers in the backseat.

Minivan airbags have more bodies to account for, so there are airbags lined all the way around the interior of the van. However, there aren’t usually knee airbags.

Minivans have learned how owners usually have pretty hectic lives, especially since they are transporting a few others.

Not having to juggle several items at once just to pull on a door handle is the gift parents and busy people didn’t know they needed. Just one tap on the remote and doors open for everyone who needs to get inside.

Since sedans don’t have that sliding door, they can settle for remote unlocking. 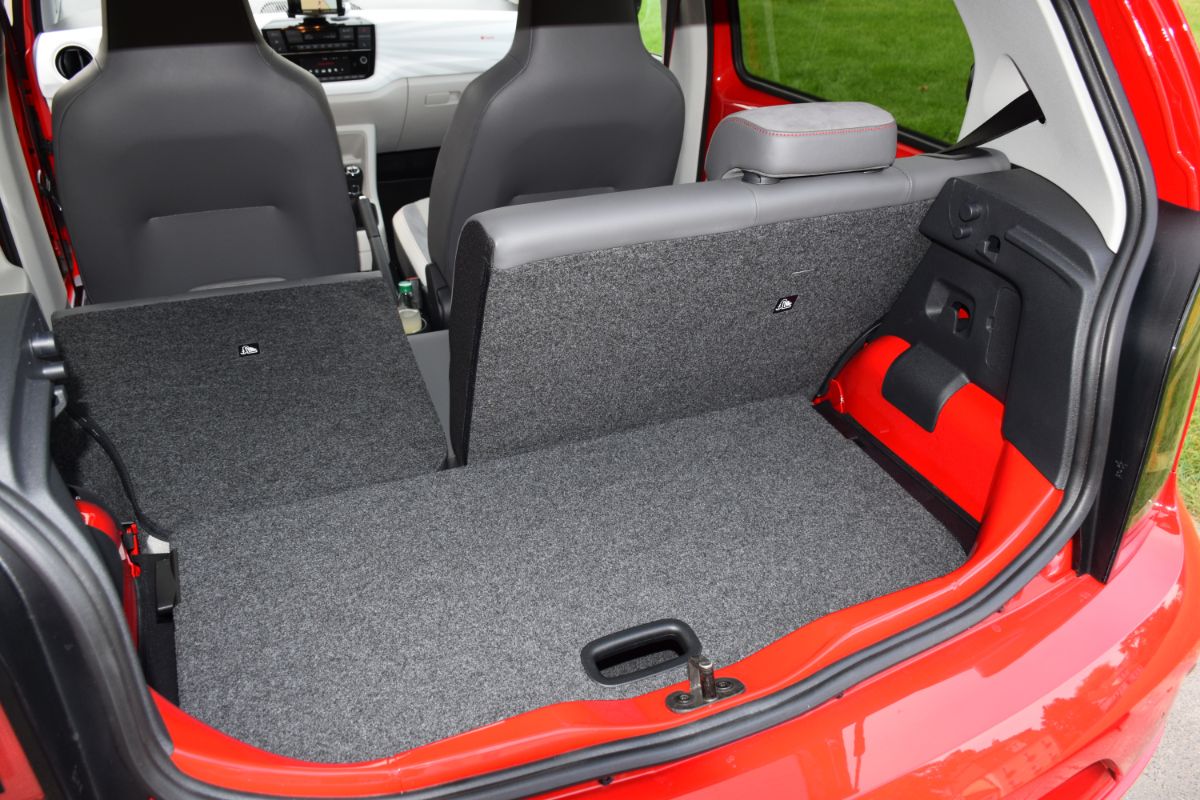 As mentioned, another way of getting more out of the minivan is having seats that fold down or can be removed entirely.

This can make room for whatever is needed, people or otherwise. There are some sedans that have a pathway straight through the trunk, so if you need extra long space, you’ve got the option!

This is really a great place for the sedan to shine. Sedans cost somewhere in the neighborhood of $24,000. Minivans are more in the $35,000 range.

This is obviously logical, as there is more to the minivan than there is to the sedan. A vehicle of that size is that big for a reason. Sedans aren’t meant for all that space.

The best things about each type of vehicle really boils down to perspective. Having the room for nine people inside a minivan would be overkill for a college student. Going from 0 to 60 in 4 seconds would be unnecessary for a mom going to work and taking her kids to practice.

With that being said, here’s an overview of the best things about each ride type. 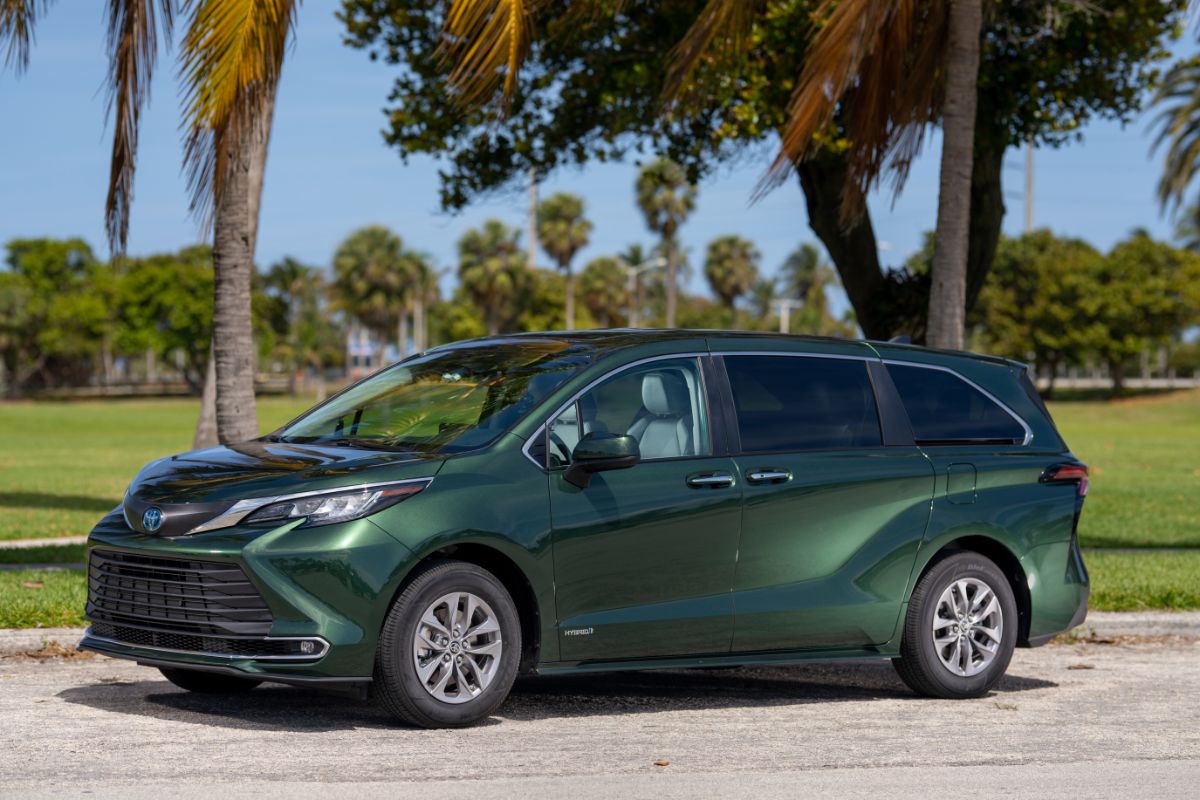 Minivans are best for families or groups of people who ride together. This could also include someone who does a coworker carpool or uses a van for accessibility. Really, it’s a vehicle for multiple riders who do so regularly.

Getting into a minivan is easy and offers a scenic outlook on the drive. Leg and trunk space are in abundance, as is the overhead. Convenient remotes make loading everything and everyone a cinch. Auto insurance will also be more beneficial financially than you probably thought. 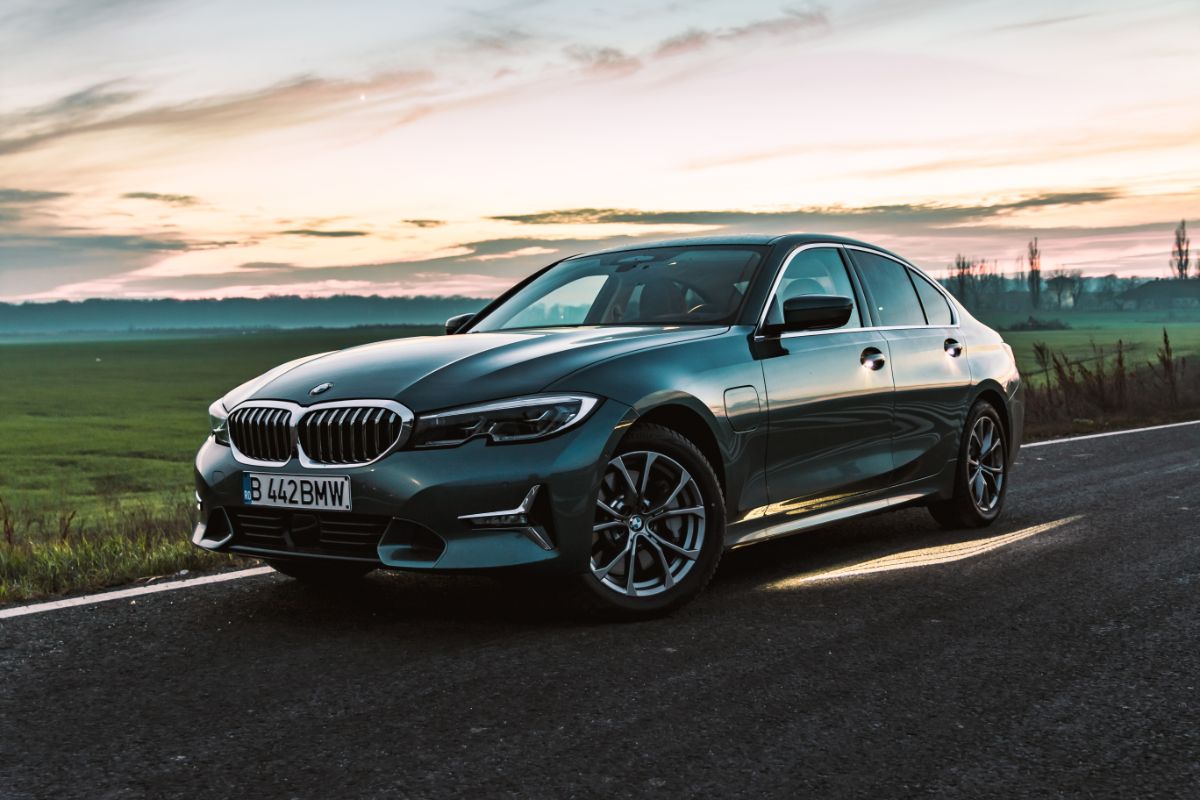 Sedans are great for a single individual or couple. There’s a backseat to put anything you couldn’t fit in the trunk and the leg space for the front is great. There’s even protection for your knees in case of a crash.

You’ll get savings from a sedan. First by getting more miles for every gallon of fuel you put in. Next, by the amount of money you’re coming out of pocket.

Payments are lower and sedans tend to last longer. So, you’ll be able to drive this car for years to come. With the horsepower being around 200, everywhere gets to you faster.

At this point in my life, I’ve had extensive experience with riding in or driving minivans and sedans. As I’ve said, mostly what makes them the best choice for you has a lot to do with where you are in life and what you foresee needing in the near future.

Sedans are great for when you don’t need much space and don’t have money to waste. They are a sweet starter car, the kind you pass down to your teenager. Please, do not buy a 16-year-old a brand new car of any type. I digress.

For me, I don’t like sitting so low. I remember before my grandmother passed, she had a hard time getting in and out of her own car because it took extra effort to hoist out. I like being able to see the end of the hood and above the cars around me.

I also prefer to have room in the back. I take lots of road trips and have moved so many times with animals. Having a bigger vehicle like a minivan gives you wiggle room.

So, when it comes to deciding which direction to head, think about your life and where you’re going. Not necessarily from a philosophical standpoint, but literally what you expect to head your way. You may not be able to predict the future, but you can get a good idea of what fits your goals.