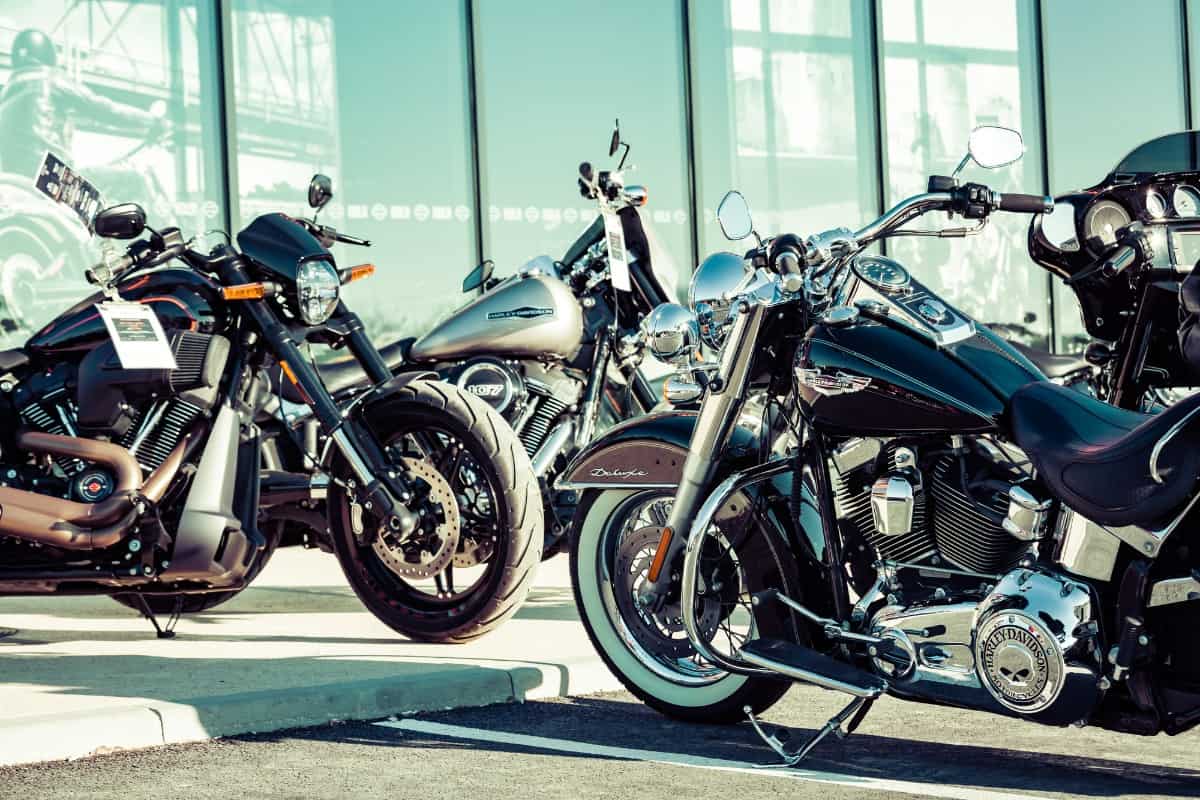 Motorcycle dealerships typically earn about 10 to 11 percent profit margin. Whether you want to engage in a new business or you wonder why you can’t manage to get the dealership to give you a discount, the bottom line is that dealerships don’t earn much money on their bikes.

Some higher-end dealerships, such as Harley-Davidson, make a slightly larger profit than that. Harley-Davidson currently shows a net profit margin of 12.66 percent, so if you buy a franchise dealership for it, you could turn a little more profit.

Typical Markup on a Motorcycle 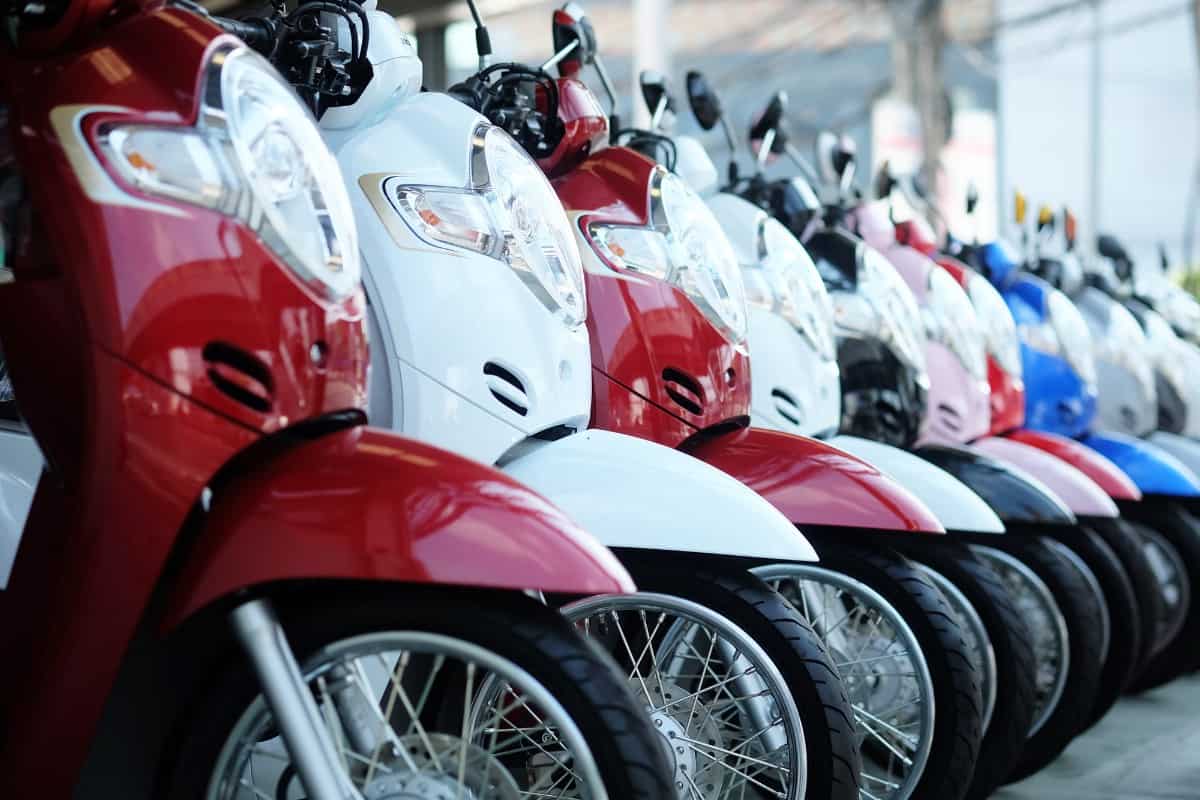 Motorcycle sales lots make a slim margin of profit on new bikes. Since the margin varies by brand, a dealership that doesn’t specialize in a single brand can earn more profits. Most bikes include a four to seven percent profit margin. That means on the $10,000 motorbike you buy only $400 to $700 went to the dealership.

The typical new motorcycle ranges in cost from $4,000 to $6,000 for a generic or less well-known motorcycle. High-end bikes like Harleys go for about $30,000 or more, but the profit margin only goes up about two percent. 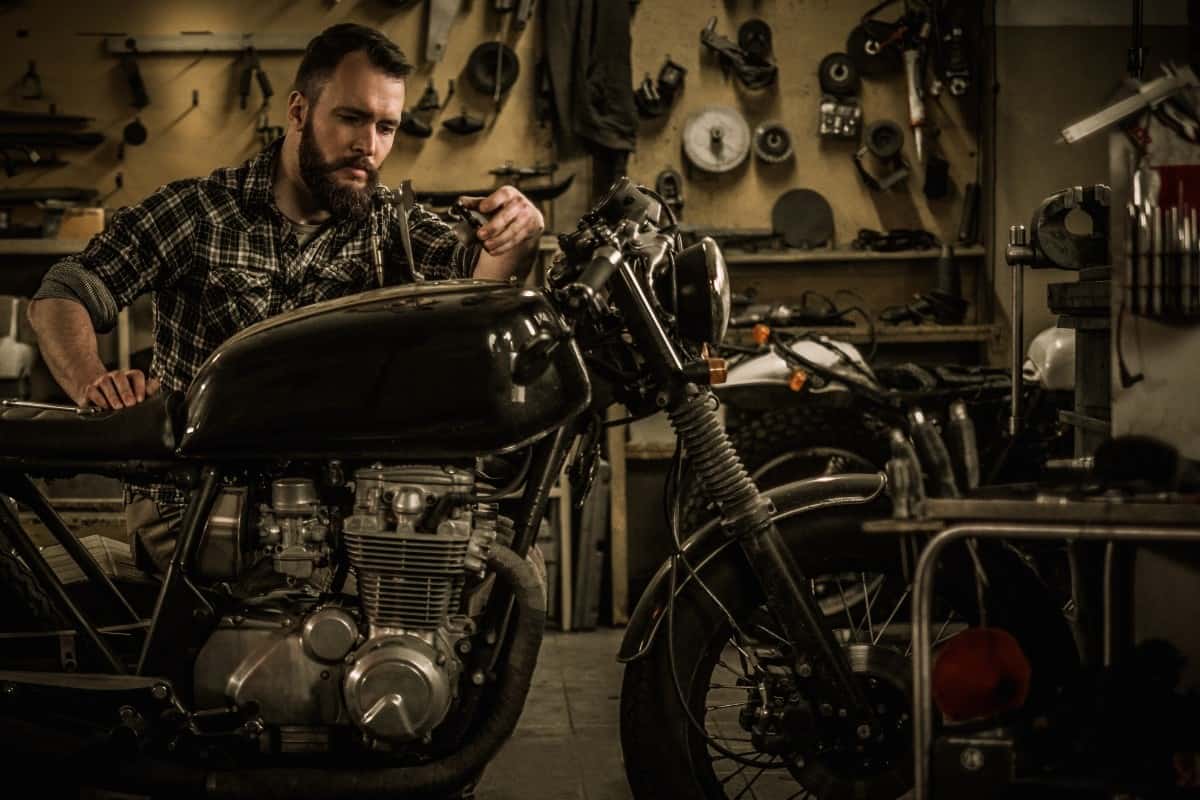 Most motorcycles are priced somewhere in between. For the majority of styles, you’ll find a lot of awesome models clustered in the $6,000 to $15,000 range, its authenticity of being a domestic brand or an imported vehicle.

You could feasibly build a motorbike for less than $1,000, but that would be a do-it-yourselfer. You would need to use used parts and the bike might not turn out looking very pretty. A manufacturer doesn’t do that. They use only new parts and try to make the bike look as lovely as possible.

The cost of making or manufacturing a new motorcycle with all new parts significantly increases the cost. For a generic bike, you can multiply the DIY cost by at least four. A major manufacturer bike like Yamaha or Harley-Davidson costs about 30 times that to build.

What Goes Into Building a Motorcycle

The price of the bike stems from way more than labor and materials. From concept to a dealership, the development and construction of a bike costs in the thousands of dollars.

The major manufacturers design and build new bike models. For this, they hire engineers and work from scratch. Developing new bikes sometimes requires building new parts or improving the design of old ones.

Computer Simulations of the Design

Next, they run simulations of the design and how it will perform. This entails building computer models of the bike and testing scenarios to determine what works and what does not. They return to their design to correct the items that didn’t work. 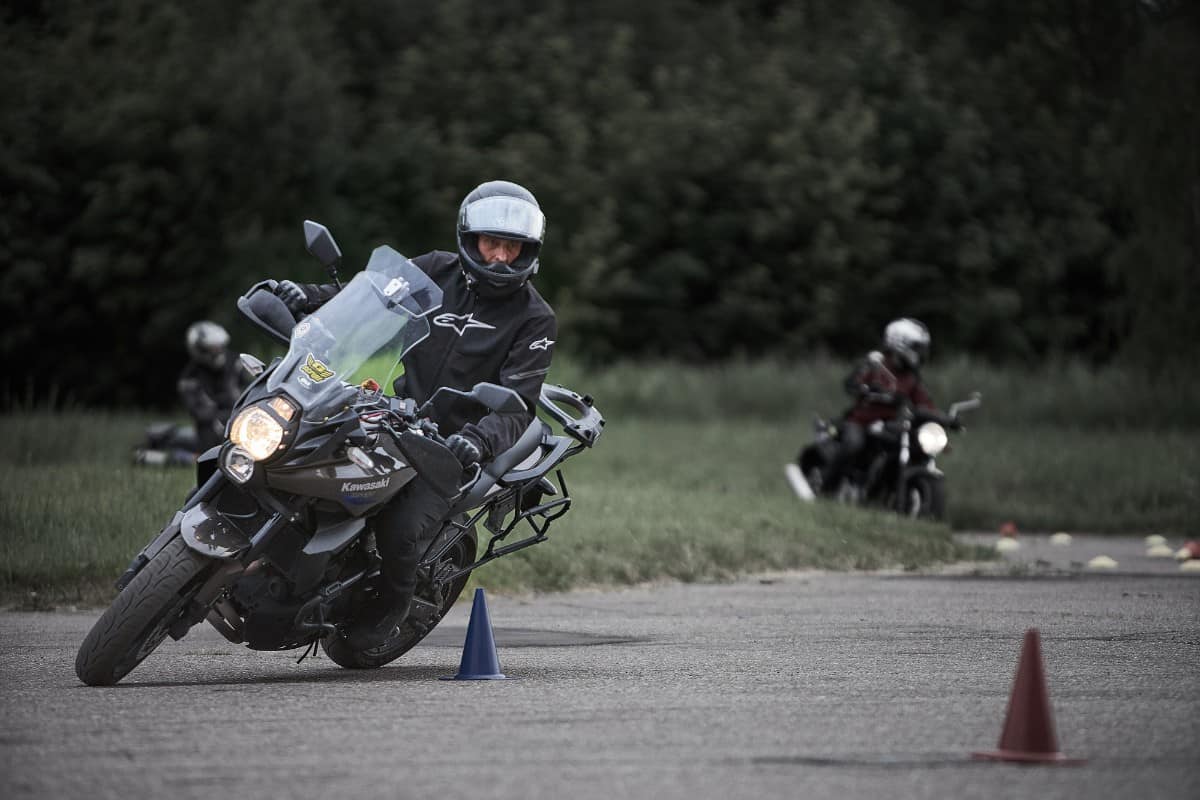 Once the company has the design perfected, it builds five to 10 test models of the motorbike. These go through significant road testing to ensure they perform properly. If the manufacturer finds any problem with the design, they return to the engineers to update it and fix the problem.

This results in the building of pilot vehicles for added testing. These tests take place on public roads. After determining roadworthiness and ensuring that parts interchange easily and the bike is easy to handle, it can go into production. 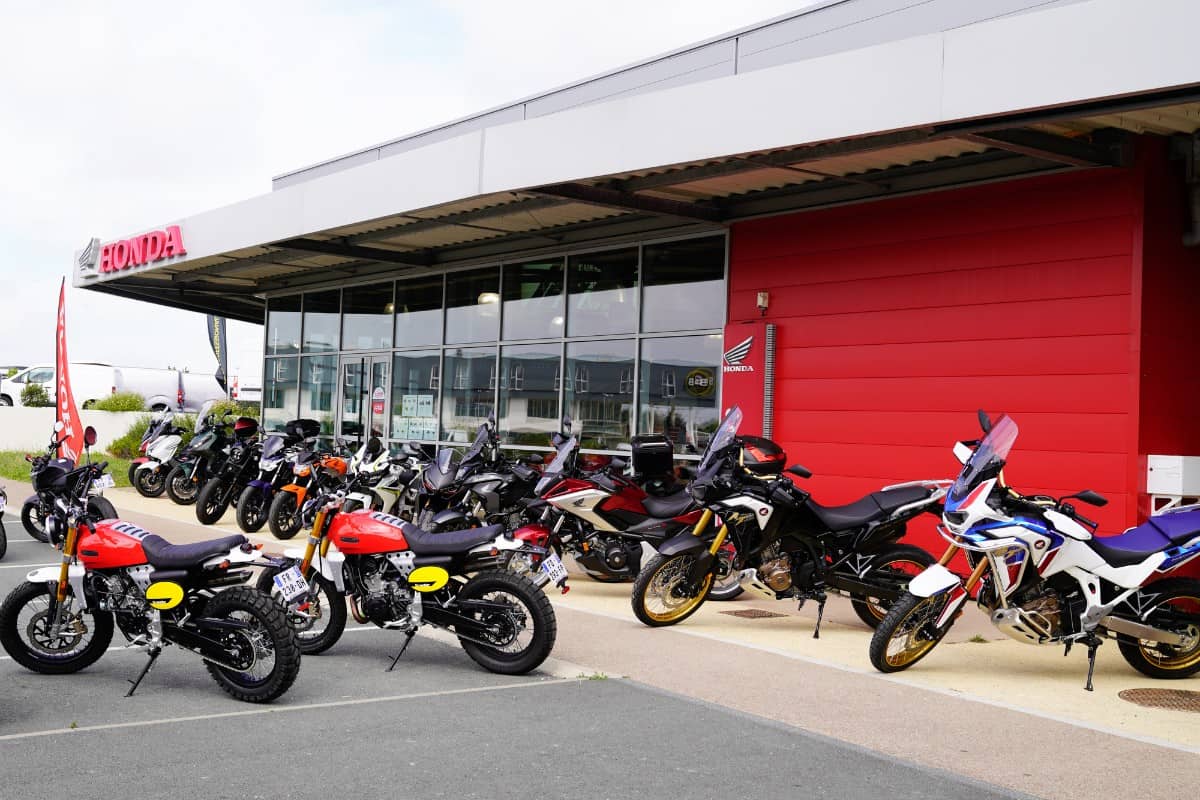 At the outset of production, the manufacturer determines the number of bikes they will produce. They make this amount and distribute them to their various dealers based upon market research that helps them estimate market demand.

Bikes Reach the Dealership for Sale

Finally, the bikes reach the dealership. The dealership, like all businesses, has its overhead. Overhead refers to the base costs of running the business, such as electricity, mortgage payment, water, and other utilities, telephone lines, business equipment, business supplies, maintenance costs, and staff. The latter includes payroll taxes and Social Security taxes. 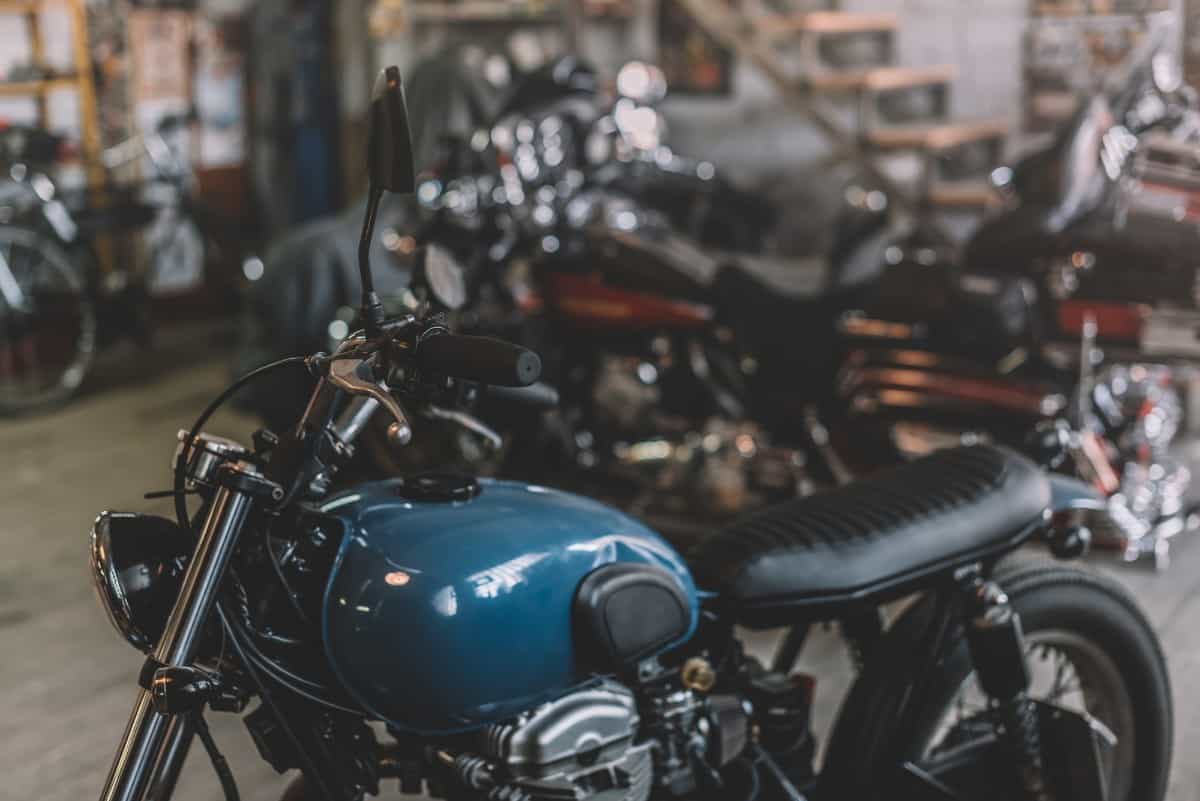 At this point, the manufacturer and the dealership share the costs of marketing the motorcycles. Especially with a new or an improved design, they must advertise the bike to sell it.

After all of those expenses, the dealership only makes 10 percent or less on the sale. They purchase bikes wholesale or obtain them as inventory through a franchise agreement. Either method requires them to sell what they have on the lot to make money, and they need to sell it for at least the cost that they purchased it.

For this reason, you won’t see many deep discount sales. You might find a sale that includes some gear with it. You could get gloves or a helmet included with the purchase.

That gift has a value of between $20 and $150. If you want to open a new business and are considering a motorcycle sales lot, you’ll make about 10 percent profit, at best. For comparison, with a restaurant, you’d make about 30 percent. If you just wonder why bikes cost so much, it’s because it is a competitive market and dealerships don’t make much money.