What I like: There are three interesting powertrain options, a luxurious interior, and cutting-edge technology in the entertainment system. Towing capacity of 6,603 lbs.

(The 40i also runs from 0-60 mph in 4.8 seconds.) In addition, its M50i’s 523-hp twin-turbo V-8 lets it reach 60 mph in under four seconds. There is an eight-speed automatic transmission for each of the three powertrains, which means that no one will be left lacking in power in almost any driving circumstances.

With a silky inline-six engine, even the entry-level versions are well-equipped with the latest technology and accessible amenities. The X5 can be driven completely on electricity generation for short distances whereas the alternative twin-turbo V-8 engine provides truly sharp acceleration if you upgrade to its plug-in hybrid model.

There’s a luxury and there’s power and many of these SUVs possess both along with great towing capacity. Take your time to decide, because the options are plentiful.

What I Like:The GLS-class is the supreme ruler of luxury, but it’s also pretty enjoyable to drive, notably for a vehicle of this size.

Elegance and innovation abound in the cabin of the Mercedes-Benz GLS-class. When it comes to performance, the GLS has a 362-horsepower turbocharged inline-six, aided by the GLS’ 48-volt hybrid system to give an ultra-smooth driving adventure.

It comes packed with all-wheel drive plus air suspension, but the GLS can always be outfitted with a camera system for monitoring the path ahead for obstacles. 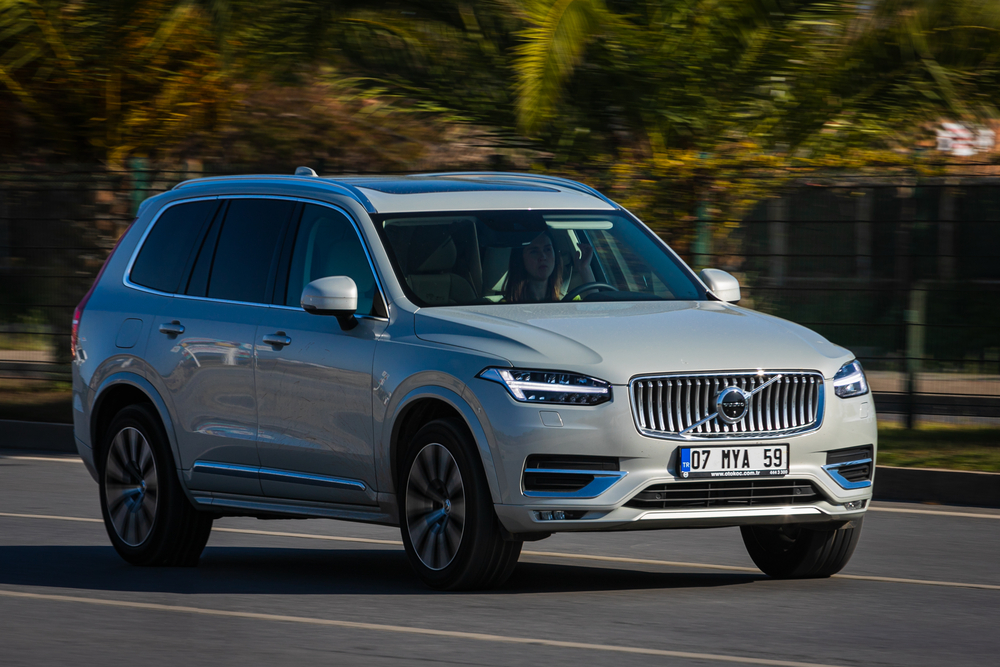 Similarity to BMW X5: Close in horsepower and beautiful interior.

What I Like: An amazing interior, great for families and stylish and safe.

A 360-degree video system, a head-up screen, as well as an improved air filtration system are now included in the Advance package. Headlight cleaners, as well as a heated steering wheel, are now standard features of the Climate package. Steering wheels that were previously covered in leather no longer have that feature.

An optional plug-in hybrid powertrain adds 400 horsepower and quicker acceleration. However, the XC90’s electric range, as well as fuel efficiency, isn’t anything special. Nevertheless, the XC90 is among the best three-row utes in its class.

What I Like: Seats in the first and second rows are generously sized, thanks to the vehicle’s high-tech interior.

The GLE350’s 255-horsepower turbocharged four-cylinder engine is paired with a nine-speed automated transmission and is available with either rear-wheel drive or AWD (4Matic in Mercedes-speech). Standard AWD and a 362-horsepower hybrid powertrain comprising a turbocharged inline-six as well as a unique 48-volt electrical system are included with the GLE450 trim level.

Plush and opulent seating is included on most models. The third row of seats is offered as an alternative. However, it’s primarily useful for children. All of the GLE’s information and gauges are shown on the dashboard’s wall of screens, allowing the driver to see everything in one place.

What I Like: High-tech interior features, roomy in all but the third row, and agile handling make this vehicle a pleasure to drive. The 2022 Audi Q7 is a gorgeous and enjoyable-to-drive family SUV that combines elegance and technology.

A turbocharged four-cylinder engine with 248 horsepower is standard, but customers looking for more towing capability or increased performance should choose the 335-horsepower turbocharged V-6, which includes AWD with both engines. With an adaptable air suspension along with four-wheel steering, the Q7 can be even more comfortable and agile. 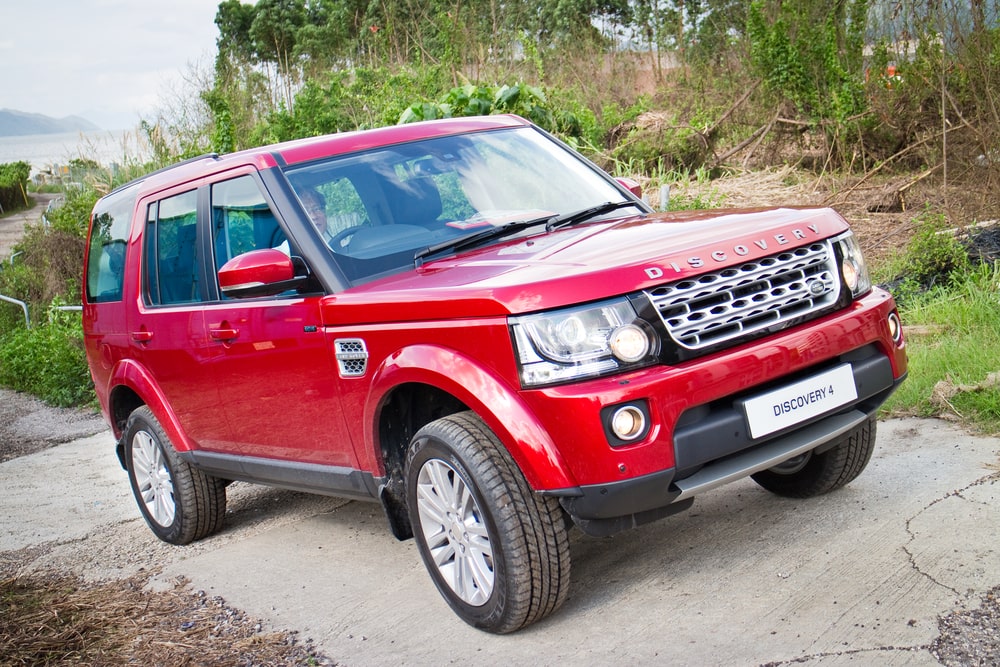 Similarity to BMW X5:Luxurious interior and an option with similar horsepower as well as similar fuel usage.

What I Like: The Discovery is a gorgeous, competent, and modern translation of Land Rover’s heredity. It takes you anywhere, has a fashionable exterior, and a premier full-loaded cabin.

For those who can afford it, the 2023 Discovery is Land Rover’s answer to the Jeep Wrangler in terms of off-road prowess, wrapped in a sleeker, more luxurious package. Throughout its three rows of seats, there is a capacity for seven people. However, the third row is best suited for children.

There are two options for turbochargers. A 296-horsepower four-cylinder is standard, while an inline six-cylinder with 355 horsepower is available as an option. I’m on the move.

What I Like: Rich-looking and well-insulated cabin, notably quick acceleration, can do things a C-class sedan can’t.

It’s better suited for drivers who prefer luxury rather than raising their heart rates. A 255-hp turbocharged four-cylinder mated to a nine-speed automatic transmission is the GLC300’s standard powertrain. Rear-wheel drive is the default setup but all-wheel drive—called 4Matic—is optional.

The GLC300 at least delivers a smooth and quiet ride. The all-wheel-drive version can post a brisk trip to 60 mph in just 5.4 seconds. 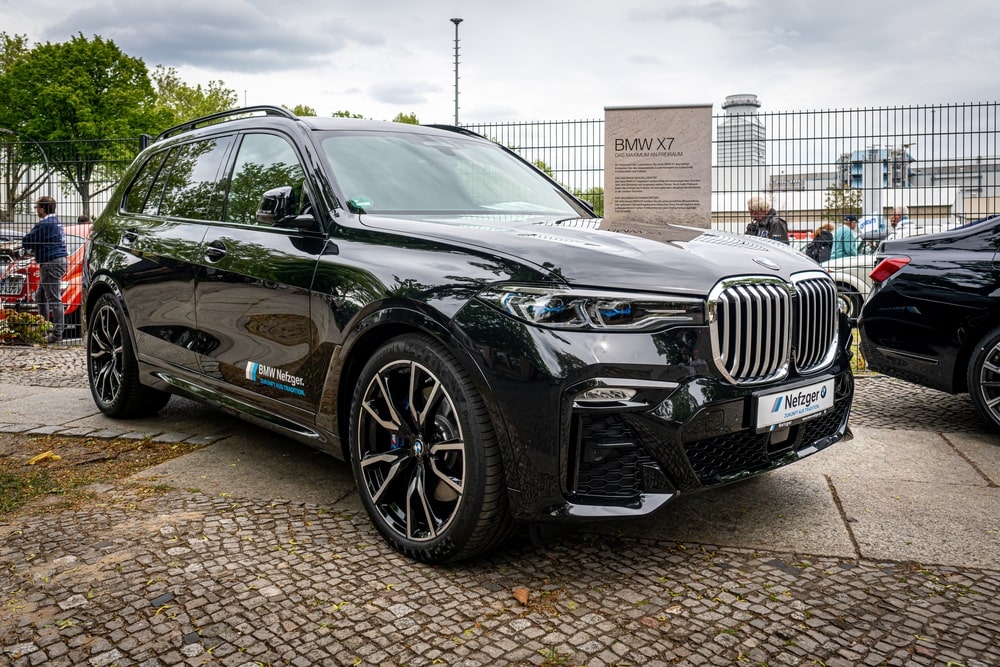 Similarity to BMW X5: Both use V8 engines, have similar fuel usage and luxurious interior.

What I Like: high technology features and a super-quiet ride. While the X7’s interior may be cramped, it is a huge and luxurious SUV with impressive drivetrains.

While two of its main rivals boast more luggage areas and back seats, the X7 offers a superior driving experience and a wider range of more desirable powertrains. A 335-horsepower turbocharged inline-six with a 523-horsepower twin-turbo V-8 powers the vehicle’s automatic transmission and AWD is the norm.

The Alpina XB7, with its staggering 612 horsepower, delivers performance that defies belief for a vehicle of this size. The 2022 BMW X7 offers a slew of high-end materials and high-tech amenities, irrespective of the power underneath the bonnet.

See also  List of All Electric Vehicles (EVs) on the Market (Make, Model and Base Price) 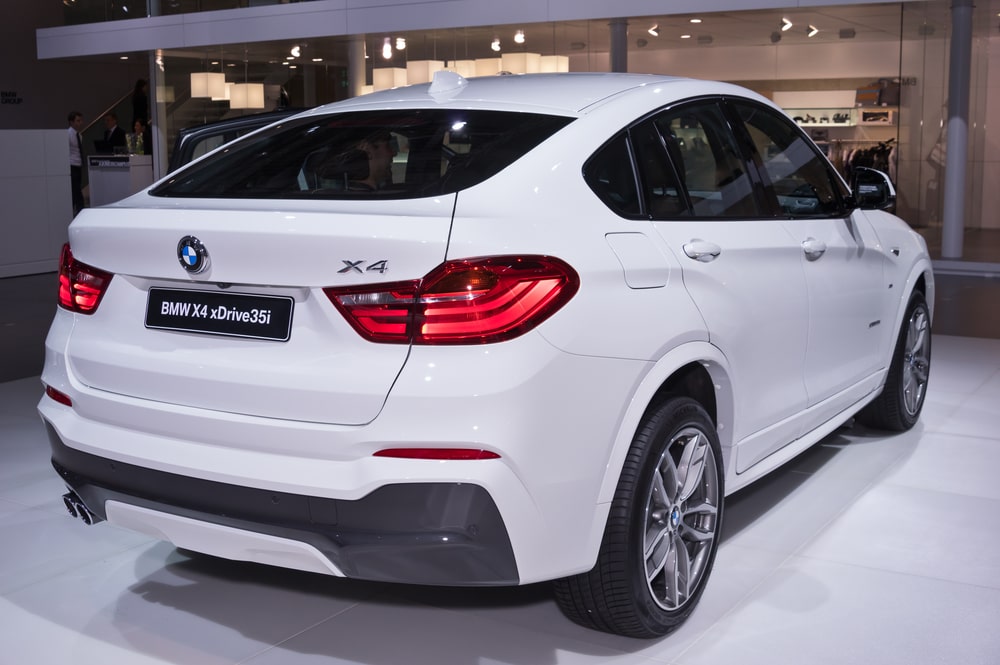 What I Like: Powerful turbocharged engines, sleek fastback appearance, and a well-balanced chassis.

This year, the X4’s grille, bumpers, exterior lighting, and wheels have all undergone revisions by BMW, which has also redesigned the console.

The turbocharged 2.0-liter four-cylinder engine in the standard BMW X4 xDrive30i makes 248 hp plus 258 pound-feet of torque. On the track, this version clocked in at an admirable 6.1 seconds for the zero-to-60 mph dash.

The X4 M40i is a great choice if you’re looking for something with a little more oomph. An impressive 382 hp, as well as 365 lb-ft of torque, come from a turbocharged 3.0-liter six-cylinder. When it comes to acceleration, the X4 M40i from BMW does it in 4.2 seconds from 0-60 mph.

Similarity to BMW X5: Similar seating capacity, acceleration time as well as fuel usage. It has a version with similar horsepower.

What I Like: It boasts a unique set of abilities, especially in terms of sheer fun while driving. The two-row luxury SUV has a hefty curb weight, yet it drives smoothly and carefully.

A 455-horsepower plug-in hybrid is also available, making it the fastest and most environmentally friendly option. Cayennes are spacious and well-built inside, with Porsche allowing for a great deal of customization through the use of numerous specific options. 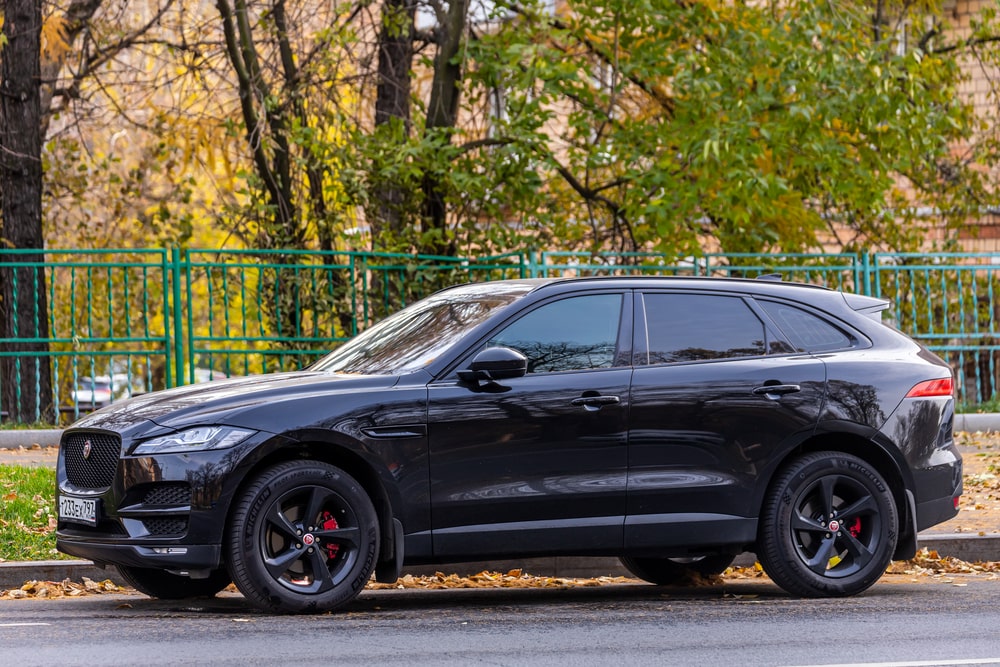 Similarity to BMW X5: Similar seating capability, fuel usage is close, and they give you value for your money.

What I Like: Incredibly well-balanced handling, refined engines, and a huge load area. The 2022 F-Pace is among the few SUVs that can combine practicality and fun-to-drive qualities in one vehicle. The F-Pace stands out from its rivals.

The turbocharged four-cylinder P250 is followed by the 395-hp turbo-and-supercharged inline-six P400, which is both elegant and powerful. There are exquisite materials, cutting-edge electronics, and numerous driver aid technologies in the F-Pace’s cabin. 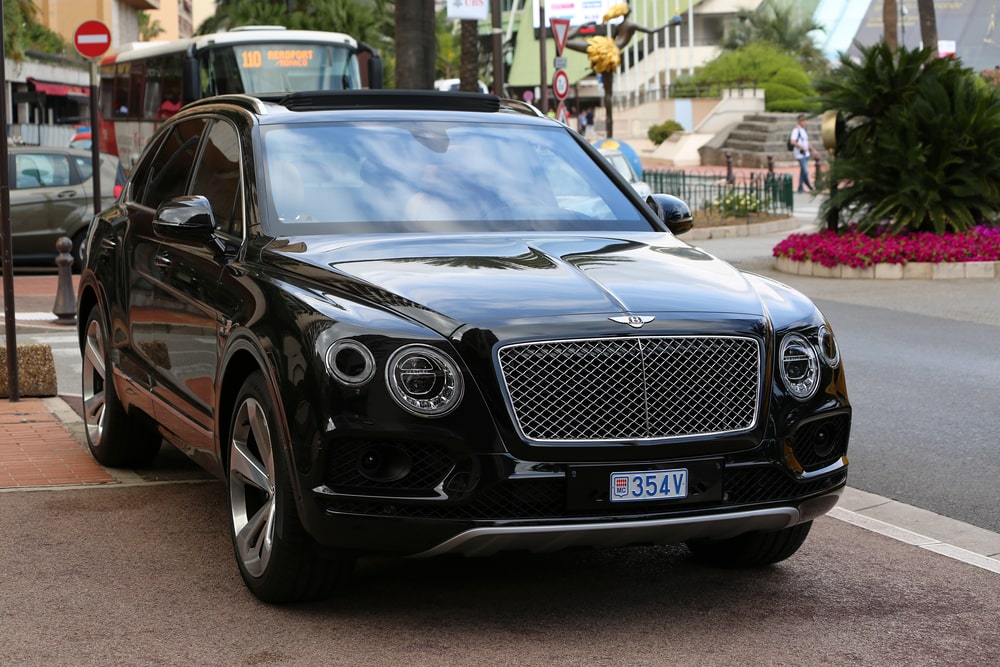 Similarity to BMW X5: The same number of seats, lovely interior and are both powered by V8 engines.

What I Like: Two smooth, potent engine options, luxurious interior, brimming over with cachet.

Sporty-looking S models will be added to the Bentayga lineup in 2022, including design influences from the max Speed version while propelled by a 542-hp V-8 that functions as the base engine.

With a sporty suspension, 22-inch wheels, as well as an exhaust system optimized for performance, the S variant has an advantage over the standard V-8 vehicle.

For the 2022 version year, the plug-in hybrid powertrain will still not be available; it is scheduled to return in 2023 instead. Other standalone options include a collection of carbon fiber rims via Mulliner customization. 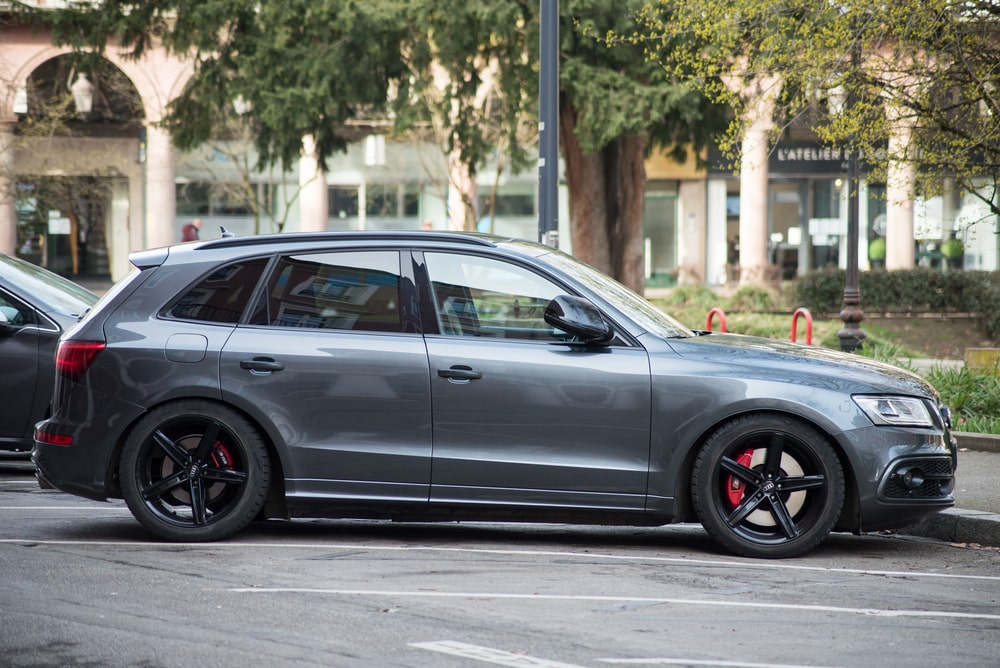 What I Like: It comes well-equipped out of the box, rides surprisingly smoothly for an SUV of this caliber, and gets better-than-average gas mileage.

A rear-biased AWD system can transmit up to 85% of accessible torque to the back wheels on even the most basic SQ5 models. SQ5’s ride is pleasant, which is a compliment in this class, but a touch soft for real-world racing. 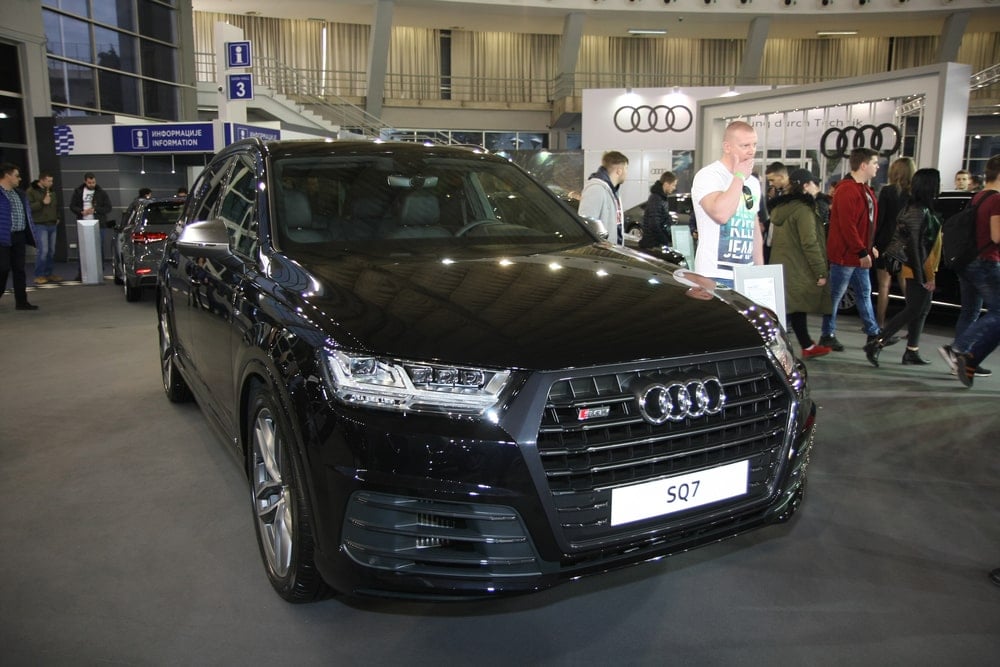 Similarity to BMW X5: Both are powered by a V8 engine and have similar acceleration levels along with luxurious interior.

What I Like: Blistering power, precise handling, and a comfortable seven-seat interior round out this vehicle’s impressive list of attributes.

Audi’s SQ7 SUV is an all-purpose vehicle. Seven-passenger seating, a 500-horsepower V-8 engine that gives a thrilling ride, and a luxury interior make it a worthy investment.

As compared to the ordinary Q7, the SQ7 has a more aggressive appearance and improved handling, as well as more powerful engines. Compared to other top-performing luxury SUVs, it’s a strong contender.

What I Like: The V-8 engines, with their powerful sound and distinctive Italian design, deliver incredible performance.

The standard engine in the Levante is a twin-turbo V-6, and an alternative twin-turbo V-8 featuring up to 580 horsepower is available as an option. As a first impression, the cabin of the Levante seems to be the highest form in flamboyance, with excellent materials such as Ermenegildo Zegna­ leather as well as silk fabric.

The incredible run of the Levante speaks for itself, and the upmarket character of the Maserati name ensures that purchasers will be driving a vehicle that comes with an inherent sense of exclusivity. 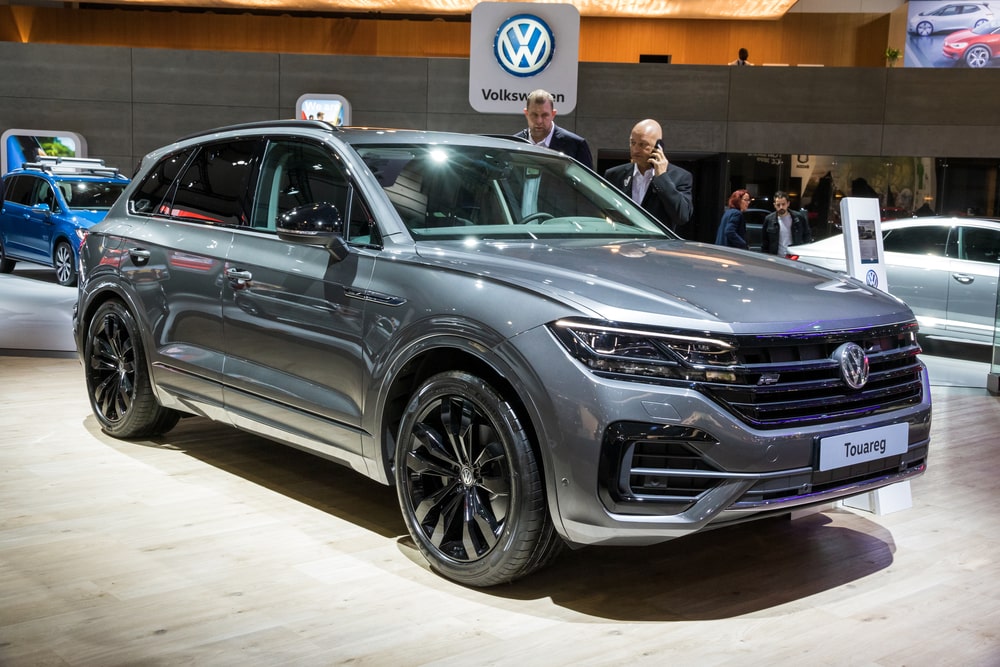 What I Like: Volkswagen has increased the level of equipment, making adaptive cruise control, forward-collision warning, automated emergency braking, blind-spot warning, and a heated steering wheel standard on the base model.

The three Touareg models all have a direct-injected 3.6-liter V-6 that has 266 lb-ft of torque and produces 280 hp, which is suggested for use with premium fuel.

The V-6 engine is paired with an eight-speed automatic transmission with a stick shift mode, and AWD is standard on every model. For this evaluation, we drove a Wolfsburg Edition Touareg that had no additional features added to the standard models.