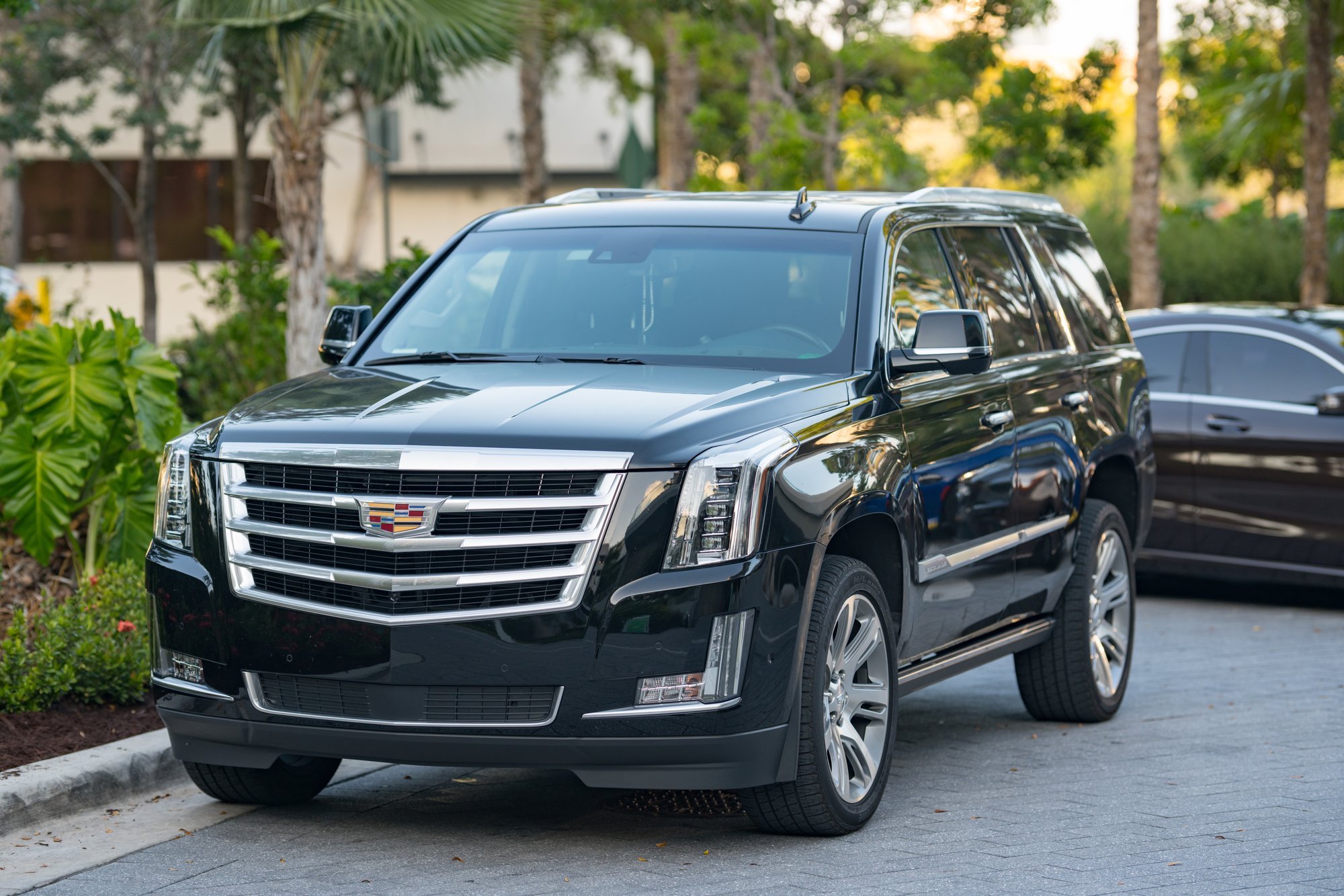 Luxury SUVs offer a little bit of everything. They have lots of seating and storage space, so big families love them. They usually have high safety ratings. And of course, they provide everything drivers and passengers need to travel in comfort.

The Cadillac Escalade is one of the most iconic luxury SUVs on the market today. The Escalade is loaded with features and available add-on options, including a navigation system, an entertainment system, and more.

It has three rows of seats that can hold up to seven people. That said, the Cadillac Escalade isn’t the only luxury SUV that has something for everyone. For instance, we like the BMW X5, the Range Rover, and the Kia Telluride, all of which offer different benefits.

For an SUV to be similar to the Escalade, it should be spacious, comfortable, and come with a lot of features. Below are 12 options that provide an Escalade-like driving experience. 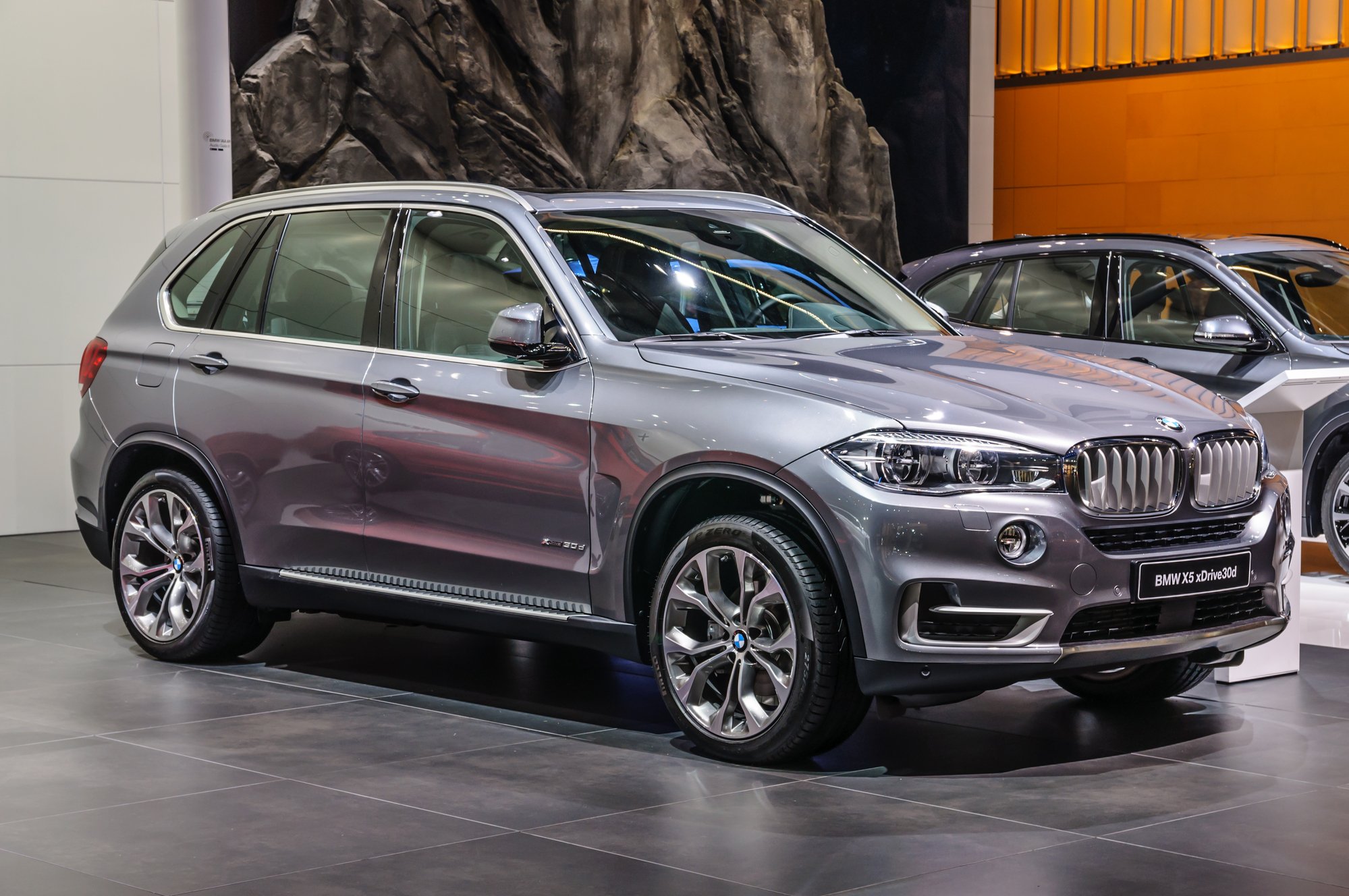 BMWs are known for their durability, so drivers can get a lot out of their investment. In fact, it can tow up to 6,603 lbs. Its appearance is quite similar to the Cadillac Escalade, too. Unlike many SUVs, this one is not boxy, so it may put up less wind resistance on the road.

Its sleek design may be part of the reason why it can go from 0 to 60 in only 4.7 seconds. Of course, the other reason is definitely the fact that it has 523 horsepower. Cars don’t always offer size and speed at the same time, so many drivers love that the X5 offers both.

The X5 runs on gasoline, and its MSRP starts around $60,600, which is lower than that of the Escalade. The main difference between the X5 and the Escalade is the number of seats. While the Escalade seats up to 7, the X5 seats 5. 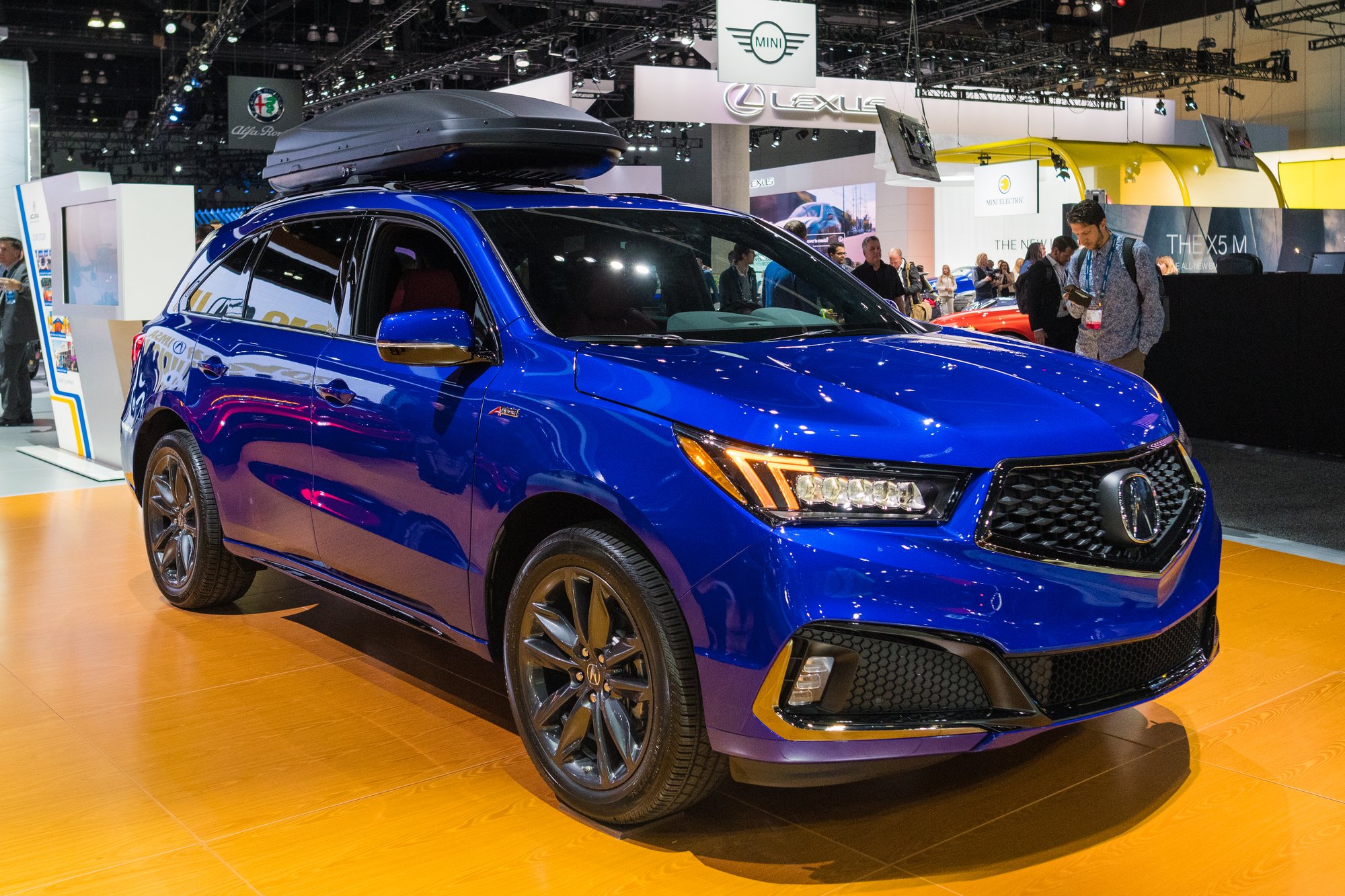 The Acura MDX is a luxury SUV that offers similar features to the Cadillac Escalade. The features include lots of storage space and three rows of seating. Thanks to that third row, the Acura also seats up to seven people.

However, drivers get these seats and the other features at a lower cost. The Acura MDX starts at $48,000, which is significantly less than the Cadillac Escalade’s starting price of $72,000. 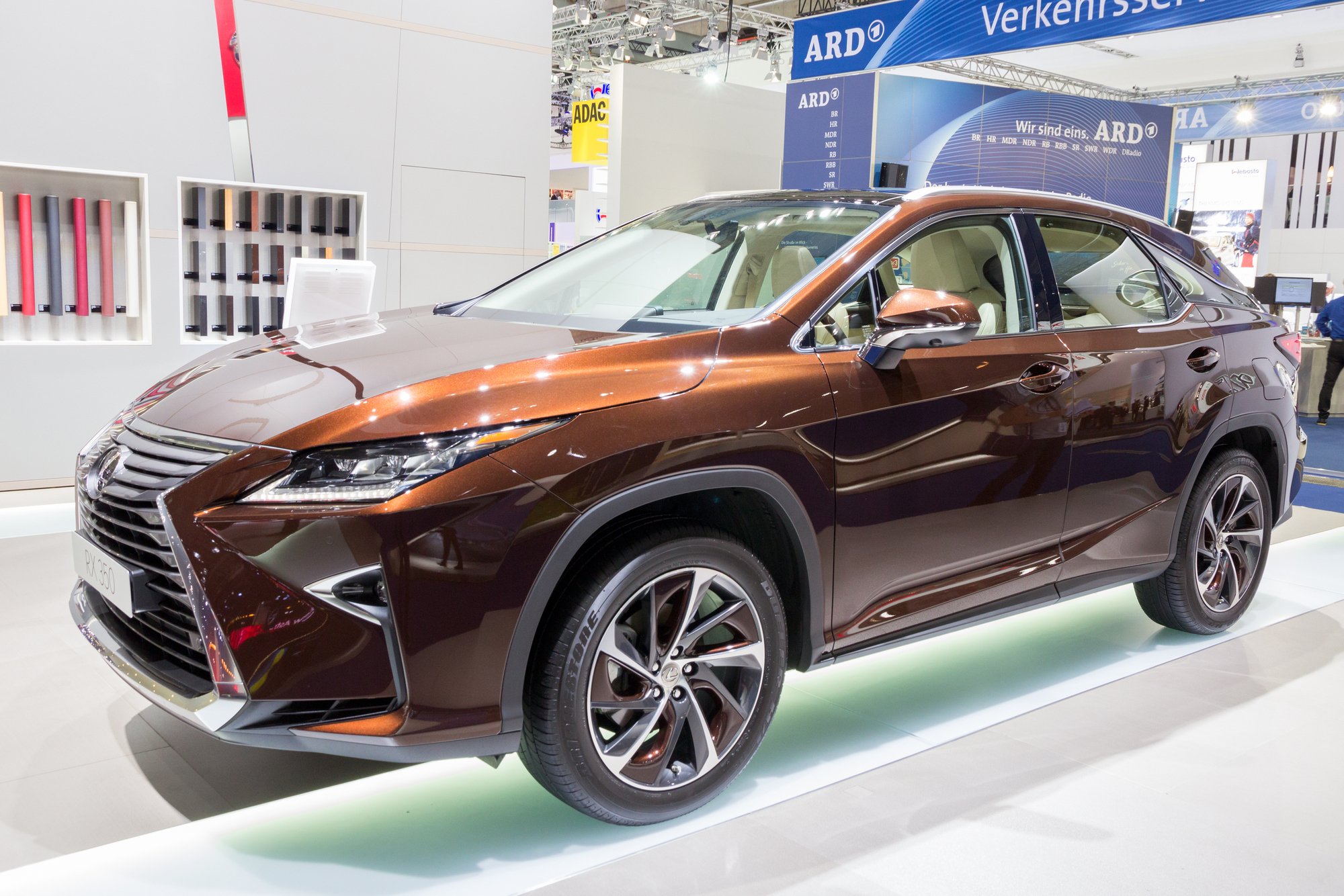 The Lexus RX has everything a driver could want for a comfortable ride, with lots of features and available amenities. Those things include power folding seats for storage and convenience, a touchscreen, and an entertainment system.

Thanks to its design, the RX stands out among other SUVs. It’s sleek, stylish, and comfortable. Both the interior and the exterior of this car reflect a luxurious lifestyle. With its 295 horsepower engine, the Lexus RX can tow 3,500 lbs and go from 0 to 60 in 6.7 seconds.

Depending on the model, this car can seat up to 5, 6, or 7 people. It runs on gasoline and gets up to 28 mpg on the highway. The cost starts at $45,570. However, this car does have several configurations, each with a different starting cost. 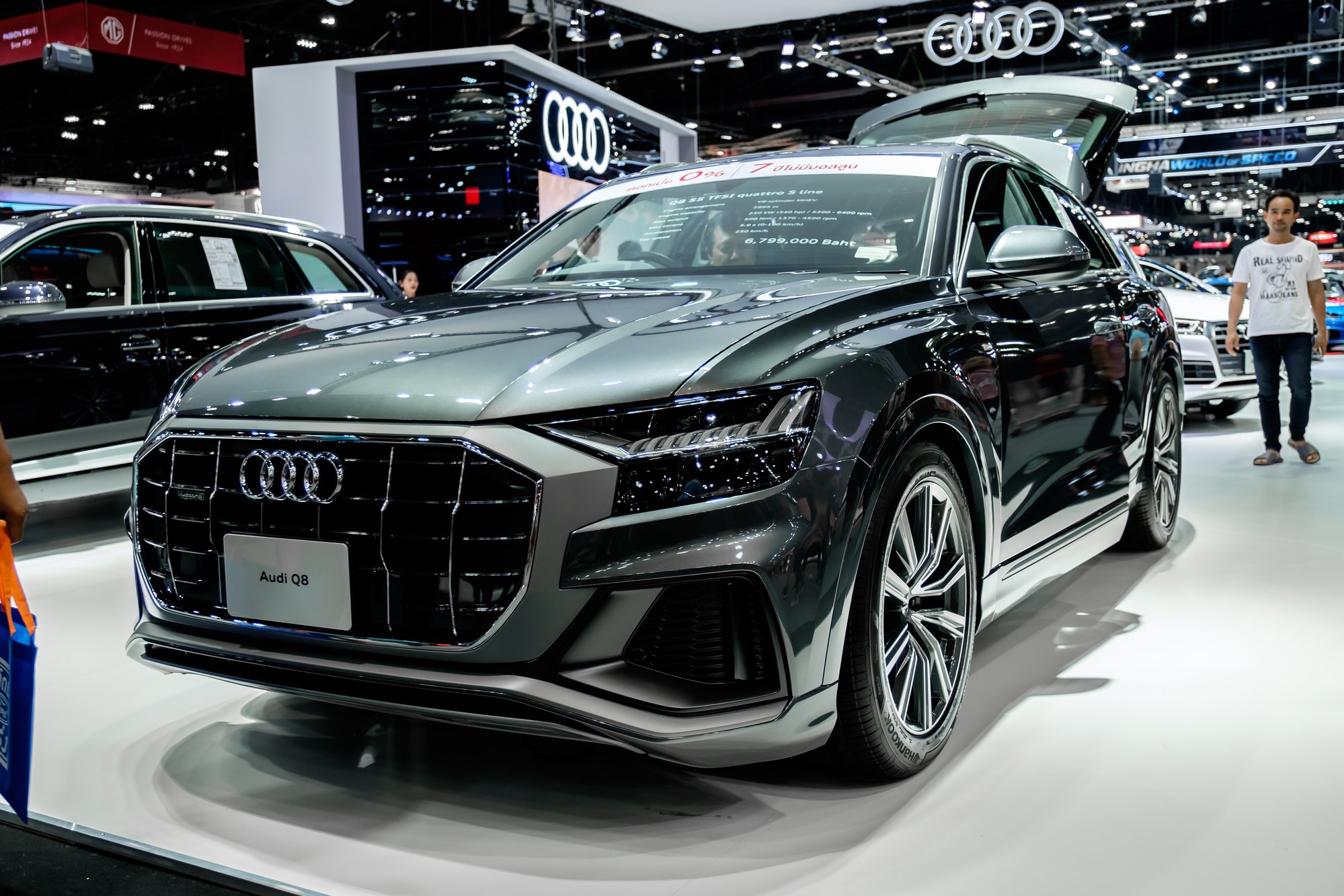 The Audi Q8 is a luxurious midsize SUV that offers impressive performance and handling. It has a sporty design with especially impressive wheels. This car also features a 3.0-liter V6 engine with 335 horsepower and can accelerate from 0 to 60 in 5.6 seconds.

It can tow up to 7,700 lbs. Though this car runs on gasoline, the engine does have a hybrid assist system. The Audi Q8 is one of the closest SUVs to the Cadillac Escalade and has comparable luxury features.

But it outshines the Escalade in one important area: safety. While the Escalade’s 4-star safety rating is nothing to scoff at, the Audi Q8 gets 5 stars.

However, it also only has 5 seats, so drivers with big families should keep that in mind. The Audi Q8 starts at $70,800. 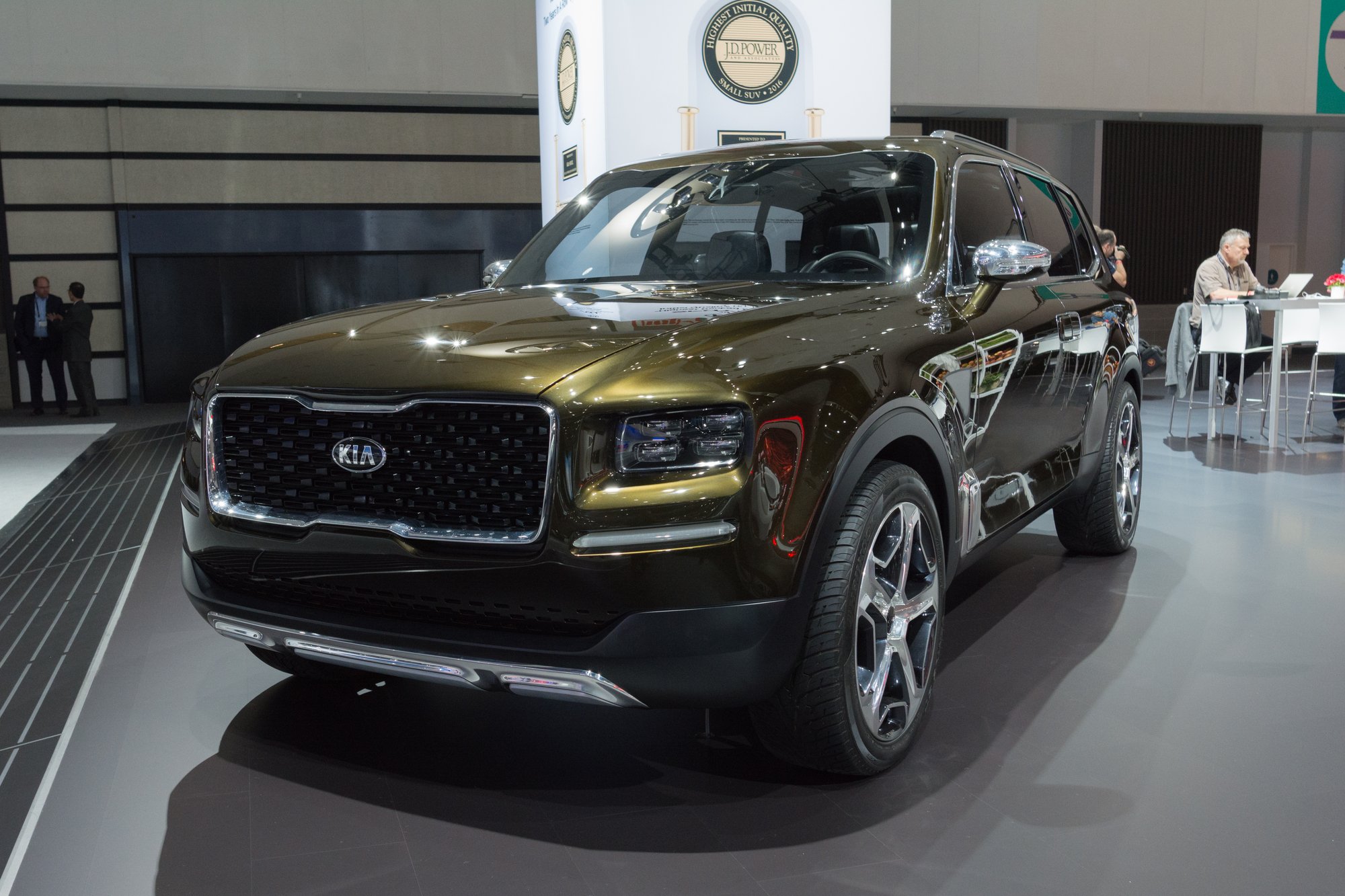 The Kia Telluride is one of the best SUVs on the market. The interior is roomy and offers plenty of space for passengers to stretch out. Like the Escalade, it has a third row. It can even seat up to 8 people.

It does have a slightly boxy design, but it can tow up to 5,000 lbs, and it comes at a much lower price than the Escalade. It starts at $33,090. Even its most expensive configuration costs less than an Escalade.

This car runs on gasoline and gets up to 26 mpg highway. It offers 291 horsepower, and it reaches 60 mph in 7.2 seconds. 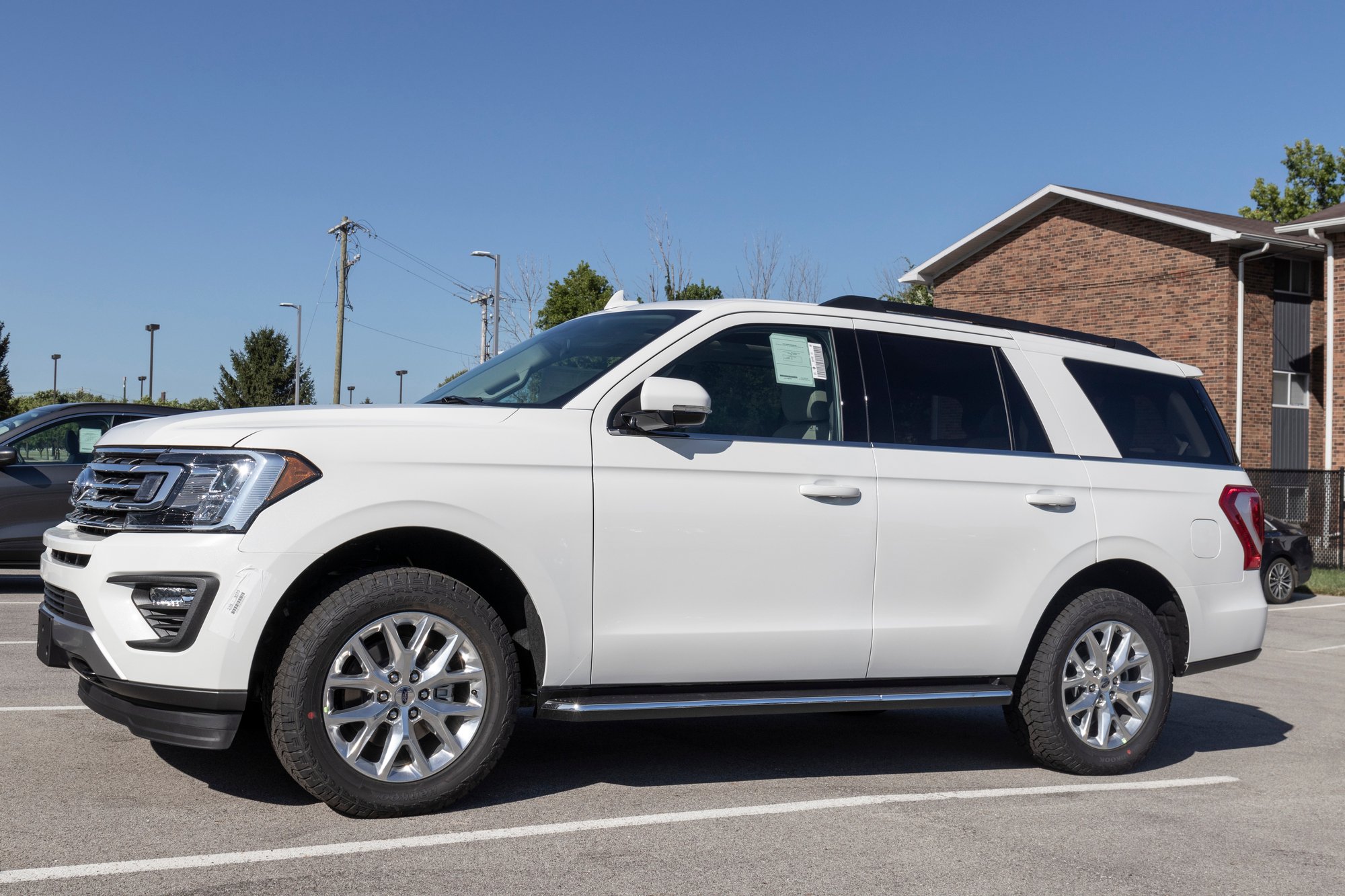 At first, Fords don’t seem like they have much in common with Cadillacs. If the Cadillac is the picture of luxury, the Ford is the Everyman of cars. However, the Ford Expedition has a lot to offer.

Ford has been making SUVs for decades, and the Expedition is one of their most popular models. The Expedition comes with a 3.5L V6 engine and can reach 60 mph in 7.5 seconds. This car does have some drawbacks.

For example, it runs on gasoline, and even though it has the famous EcoBoost® engine, it only gets 23 mpg highway. However, it certainly competes with the Escalade in other ways.

For instance, it has a towing capacity of up to 6,000 lbs. Some configurations can seat up to 8 people. And the MSRP starts at $69,150, which is much less than the cost of an Escalade. 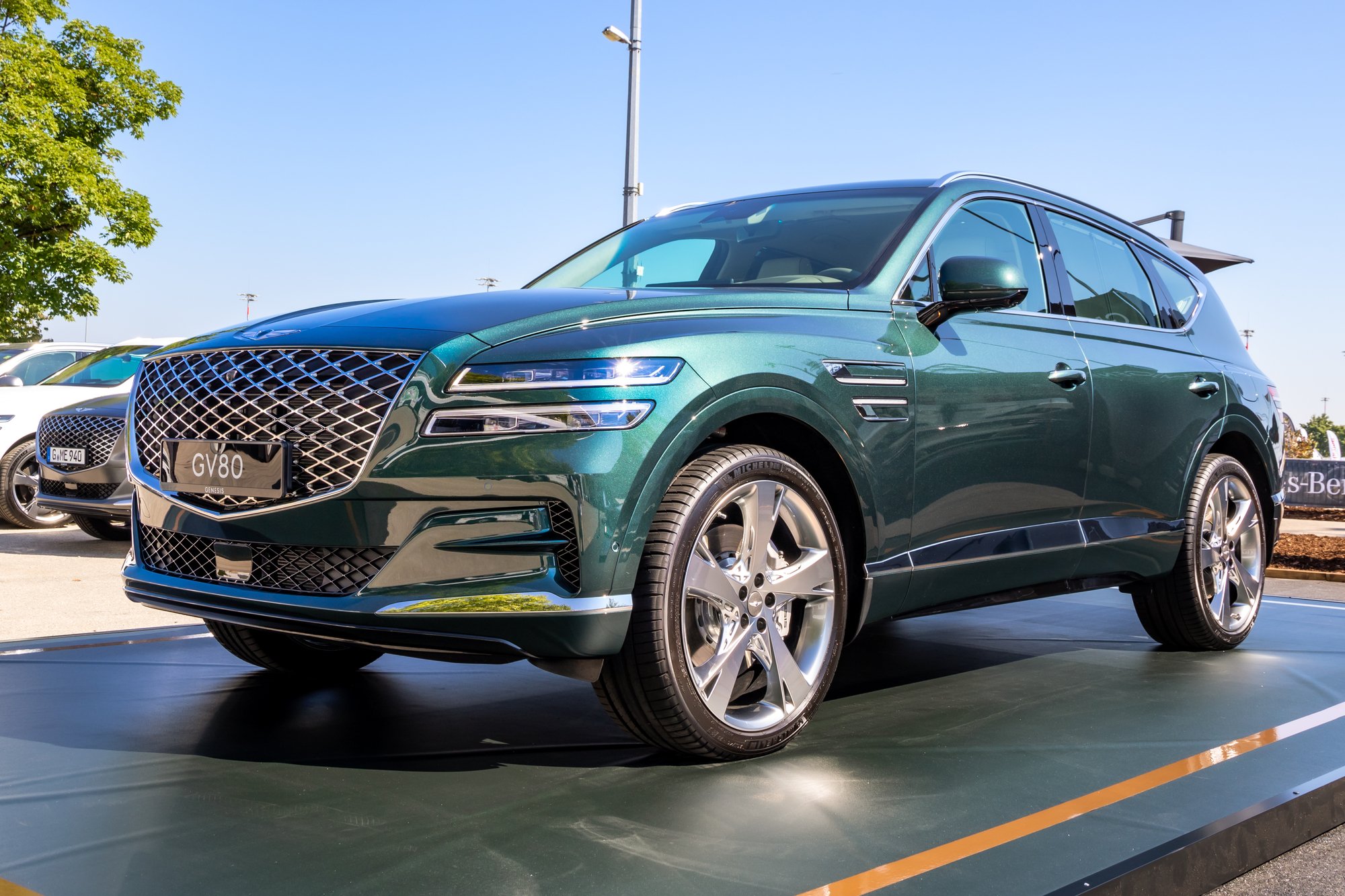 The Genesis GV80 is an affordable option that still offers a high level of luxury. This SUV features a 375 horsepower engine, the Lexicon audio system, and other luxurious touches. This car has a simple and classy appearance.

The number of seats depends on whether you opt for the optional third row. If you do, then this car can seat up to 7 people. It can go from 0 to 60 in 6 seconds. 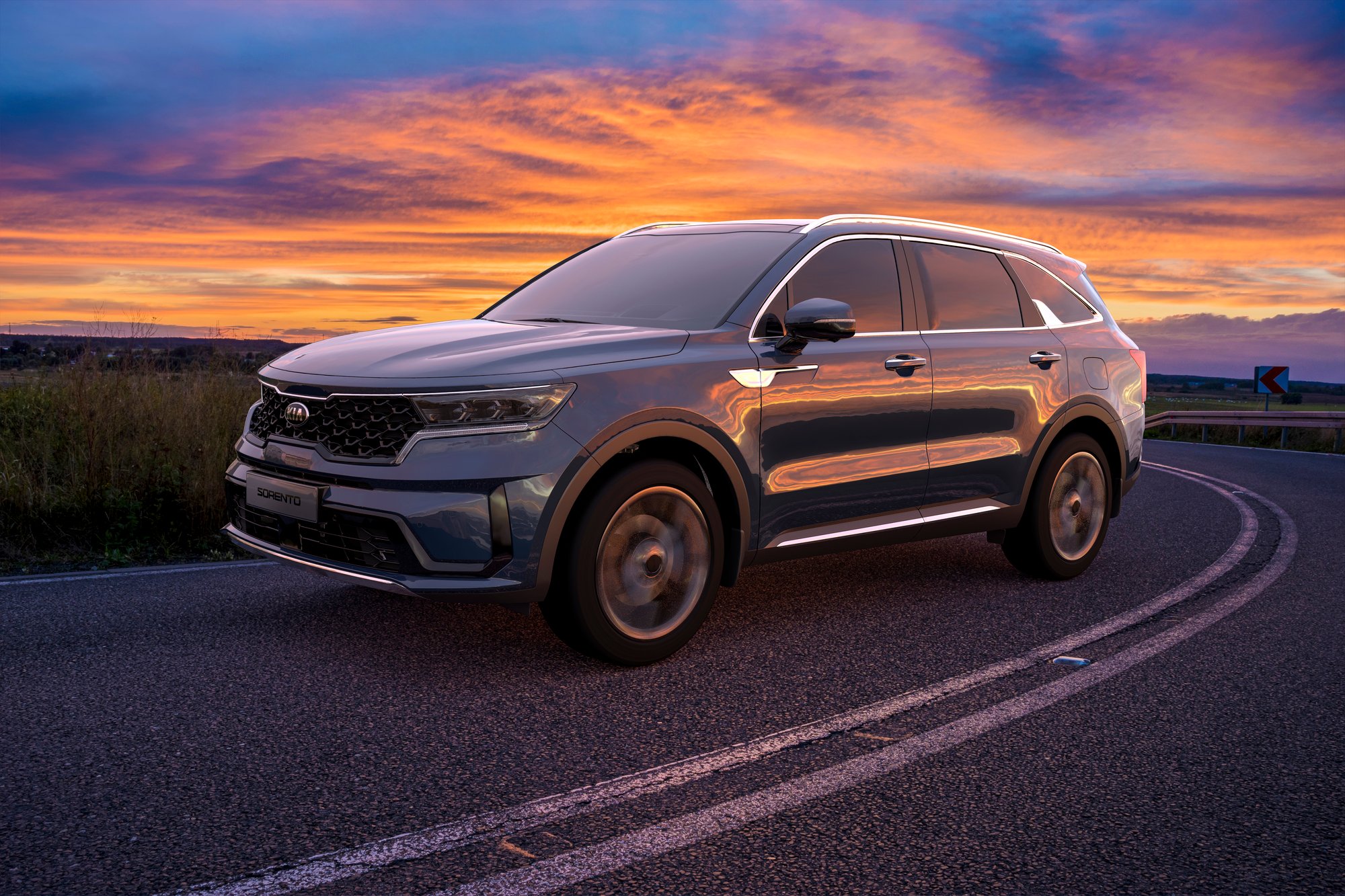 It also has a stylish exterior to match its interior luxury. Thanks to its hybrid engine, it can get up to 35 mpg on the highway. It also gets an impressive 39 mpg city. The Kia Sorento Hybrid reaches 60 mph in 8.4 seconds.

It’s also highly affordable, with a starting MSRP of just $34,090. However, the low cost comes with some loss of power. Its engine only has 177 horsepower, which is somewhat low compared to other SUVs. It can also only tow up to 2,000 lbs. 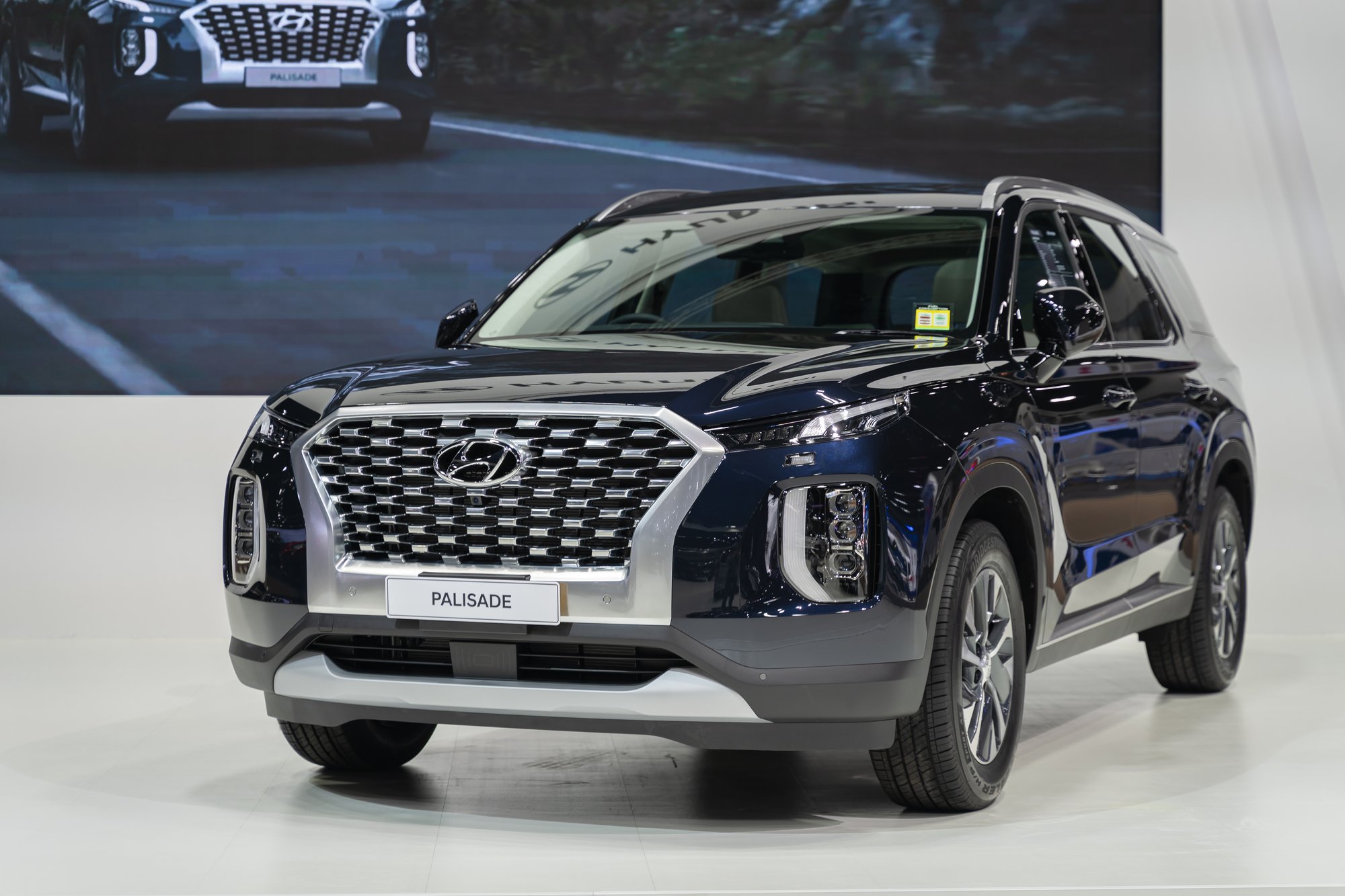 The Hyundai Palisade offers a lot of the same features as the Cadillac Escalade, like an entertainment and navigation system. It also has a similar appearance to the Escalade, with a simple and roomy design.

The Palisade appeals to big families who need a lot of seating, since it can seat up to 8 people. (The smallest configurations can seat 7.) This gas-powered vehicle gets 26 mpg highway. 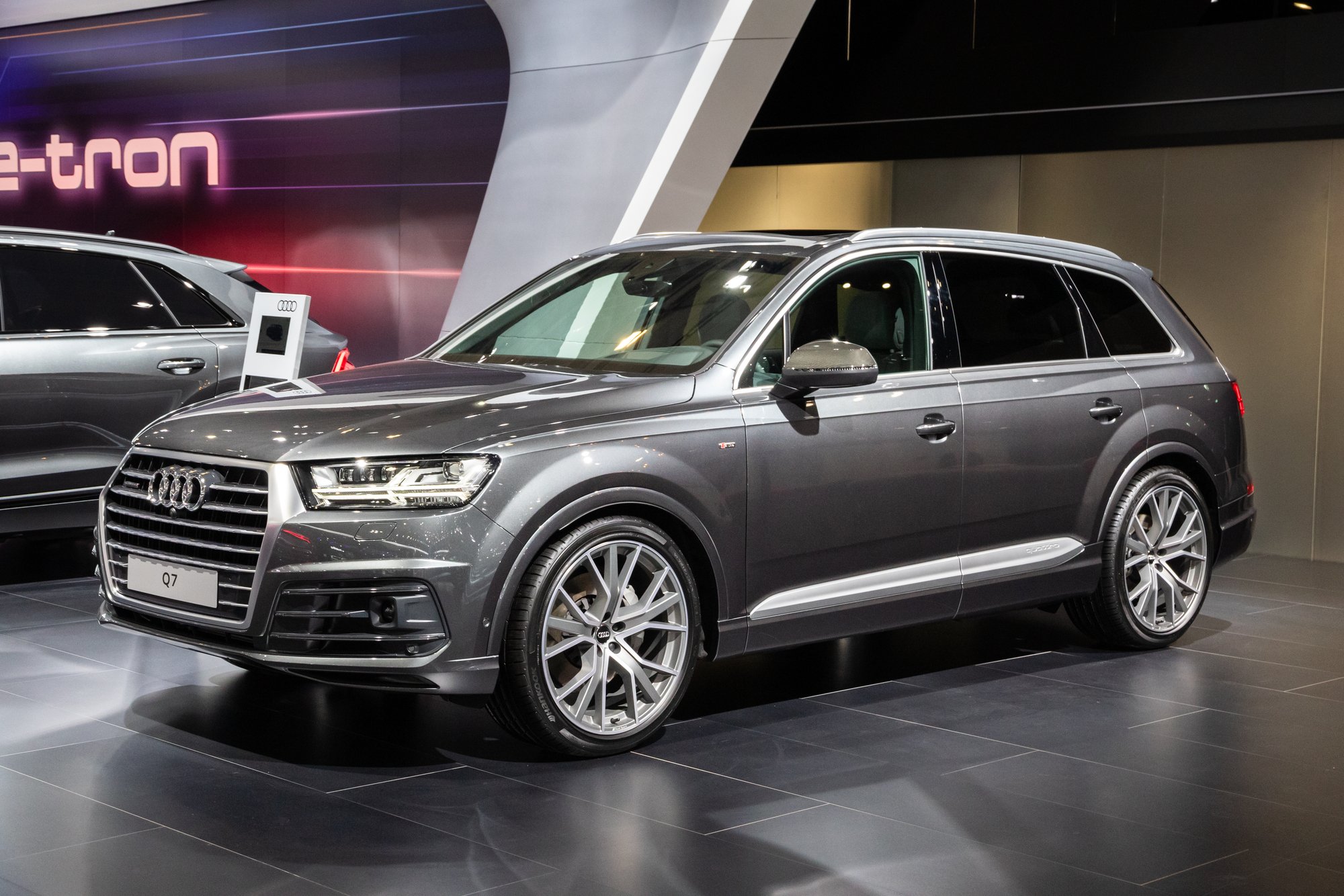 The Audi Q7 is a luxury SUV that competes with the Escalade at a lower price. It has two configurations, with the least expensive option starting at $57,500. This car even looks a lot like the Escalade, though it has a more prominent front grille.

Its 335 horsepower engine can go from 0 to 60 in just 5 seconds, which is impressive for a large vehicle like an SUV. Much like the Escalade, this car has 7 seats.

It can tow up to 7,700 lbs, depending on the configuration. The Audi Q7 runs on gasoline and gets up to 25 mpg highway. 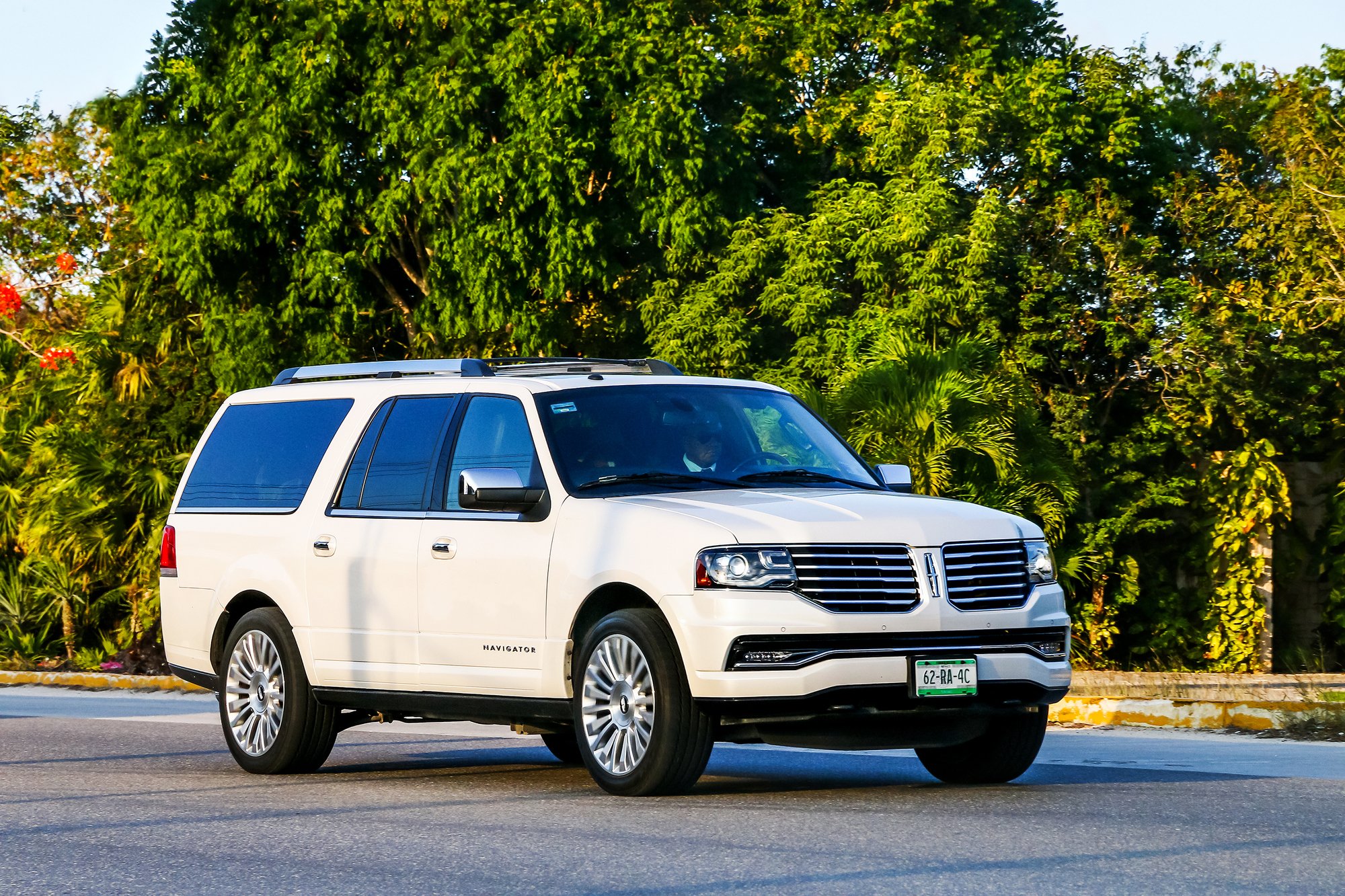 The Lincoln Navigator is one of the most luxurious SUVs on the market. This large luxury vehicle shares a lot of similarities with the Cadillac Escalade, including a very similar appearance. It has plenty of room for large families, with 7 seats.

With its 400 horsepower engine, this car can tow up to 8,300 lbs, and it reaches 60 mph in just 5.9 seconds. The two downsides come from the Navigator’s fuel economy and its price tag.

It’s a gas-powered car that only gets 23 mpg highway. And the standard configuration starts at $76,710. 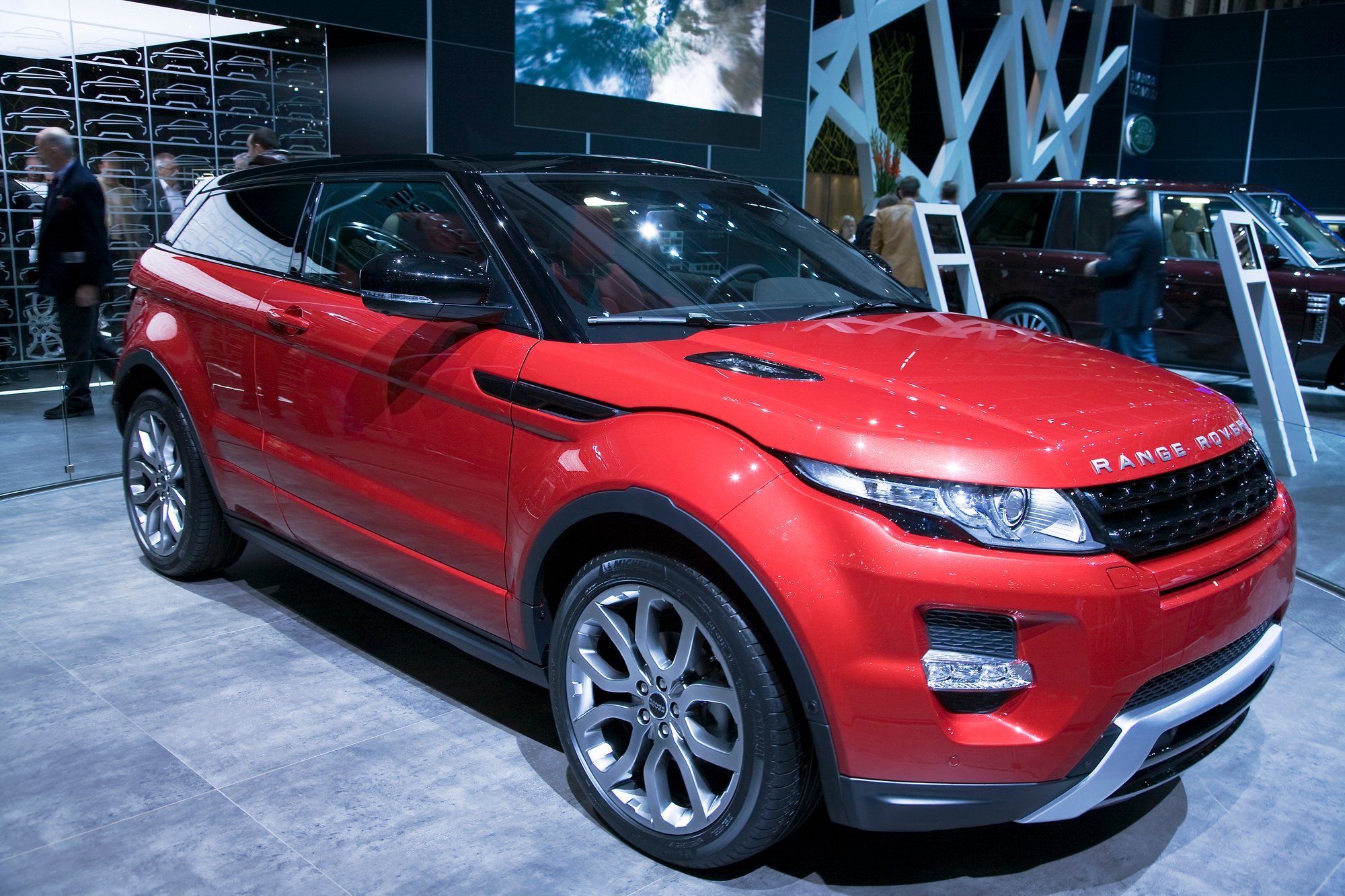 One of the most popular SUVs on the market today is the Land Rover Range Rover. The Range Rover offers a similar size and luxury to what you’ll find in the Cadillac Escalade. It’s loaded with features and accessories that create a unique driving experience.

It has a lot of room, but keep in mind that it has the exterior length to go with it. If you’re used to driving a smaller car, you may need some time to practice parking this one.

Though this vehicle does run on gasoline, Land Rover offers a hybrid version. The non-hybrid version only gets 23 mpg highway. It starts at $93,800.