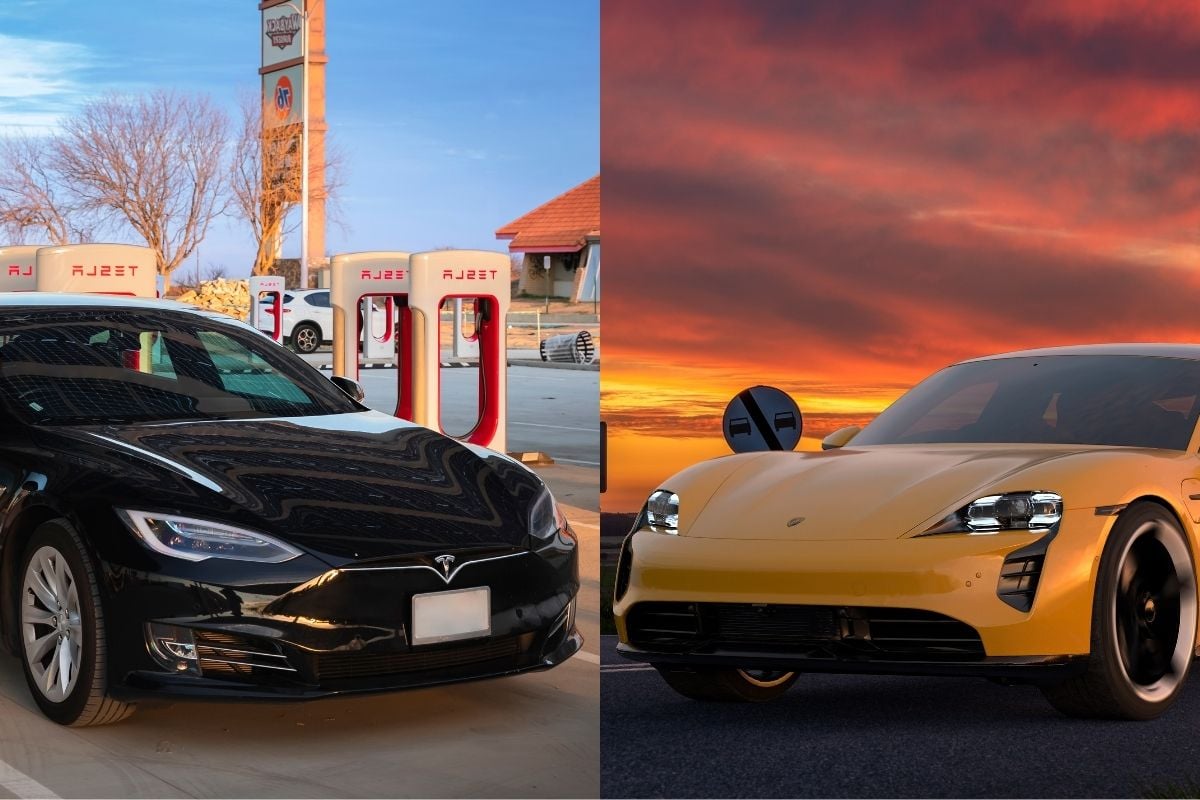 The Tesla Model S has been around for a few years now, and there hasn’t been much to compare it to… until now.

This is one of the most important electric car events of the year. It’s a leap forward for one of the most traditional sports car manufacturers in Europe. For the first time, there’s a legitimate challenger that can go head-to-head with the leader in performance electric cars.

What is the Tesla Model S?

Tesla launched the Model S back in 2012. It was an overnight sensation, offering those of us who enjoy the latest high-tech gadgetry with the latest in cutting-edge automotive propulsion.

None of the electric cars that have launched since 2012 have generated anything like the excitement and hype that the S-type does. That is until now, with the launch of Porsche’s Taycan Turbo-S.

Let’s see how they match up. 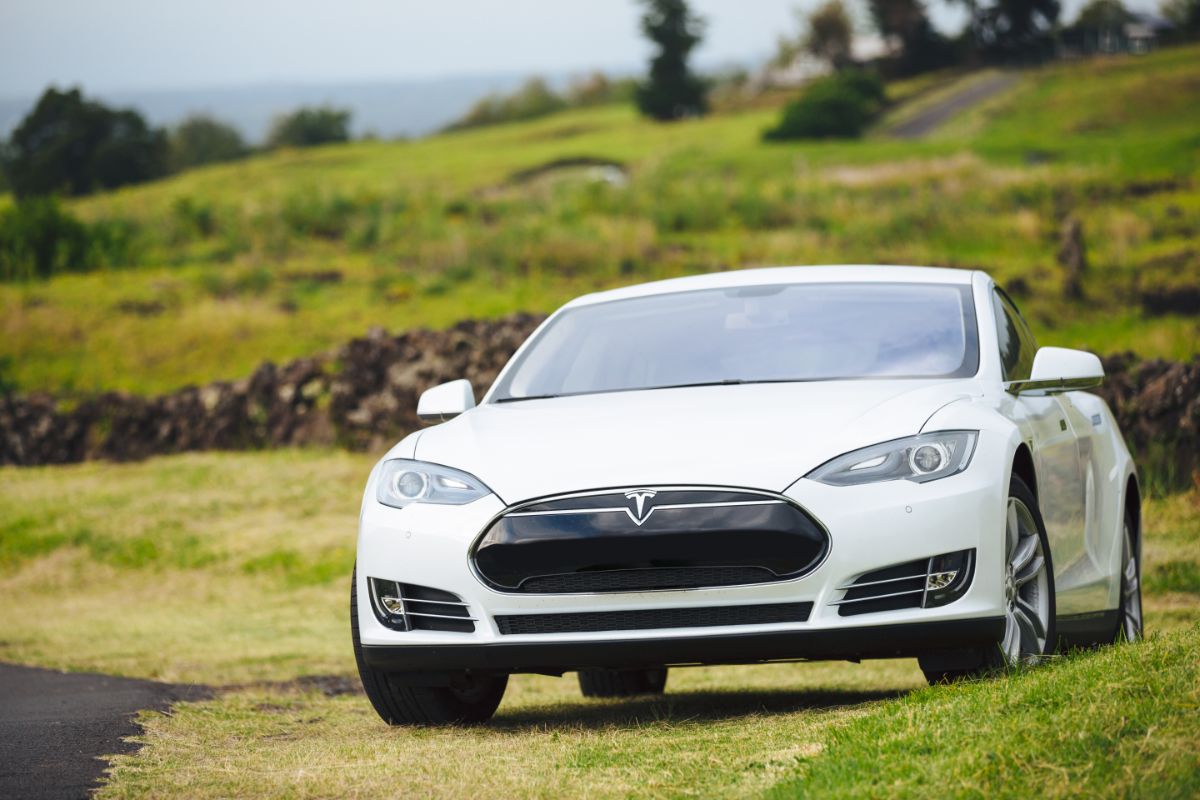 Performance is heavily influenced by its software updates, so ensuring that the system is upgraded regularly is key to achieving peak performance.

You’ll pay around $130,000 for the Tesla S. For that money you get the fastest production car ever, clocking in at around 2-seconds from 0-60 mph. It’ll also run the ¼ mile in the 9-second range.

The range is equally impressive, going 400 miles between charges.

And you get all this from a 5-seater family saloon that fits a bicycle in the back without removing its wheels!

The nerve center of the car is accessed via the large screen in the middle of the dashboard.

Climate control is accessed by tapping on the number at the bottom of the screen. This indicates the temperature and you can slide it side to side to increase or decrease the temperature. Further climate controls are available via a virtual image of the interior of the car. They allow you to set fan speeds, where the air is coming from etc. 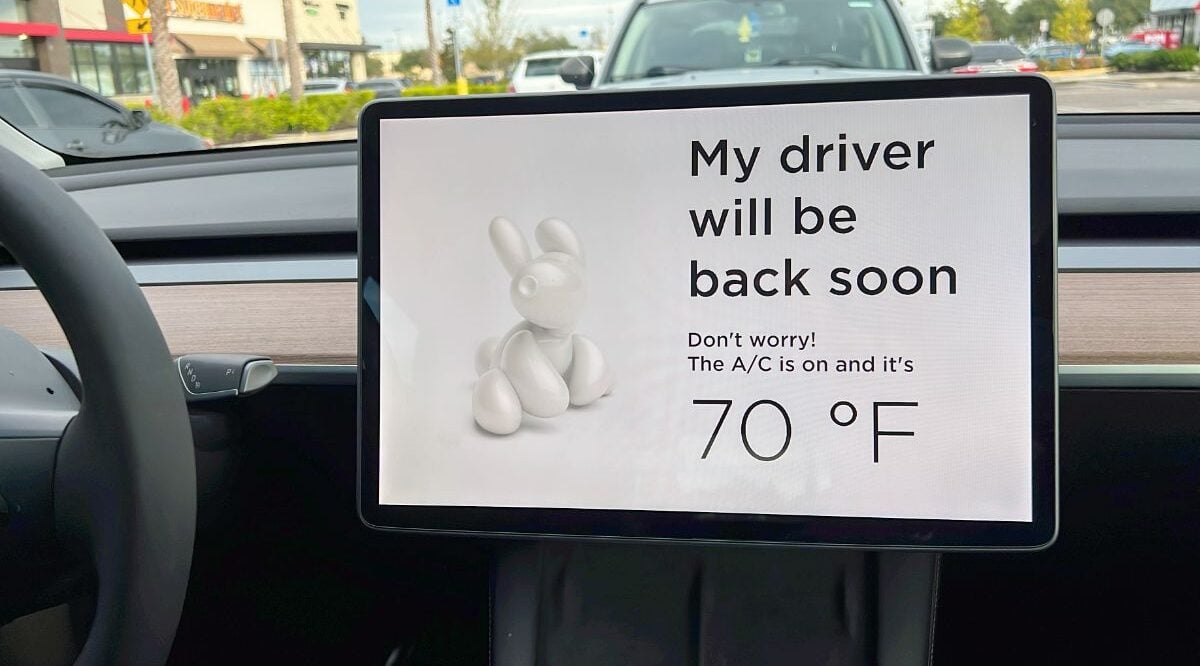 One feature that really stood out was the “dog mode”. You can lock the car but activate this mode to ensure that your pooch has plenty of air. It even shows a message on the screen to let passers-by know that your dog is safe and you’re due back shortly.

Another quirky feature is the entertainment mode in which you can access various games. You can even use the car’s controls to control the game.

If something bumps into your car, then it automatically turns on the exterior cameras to record what is going on. This is a great feature to support insurance claims. 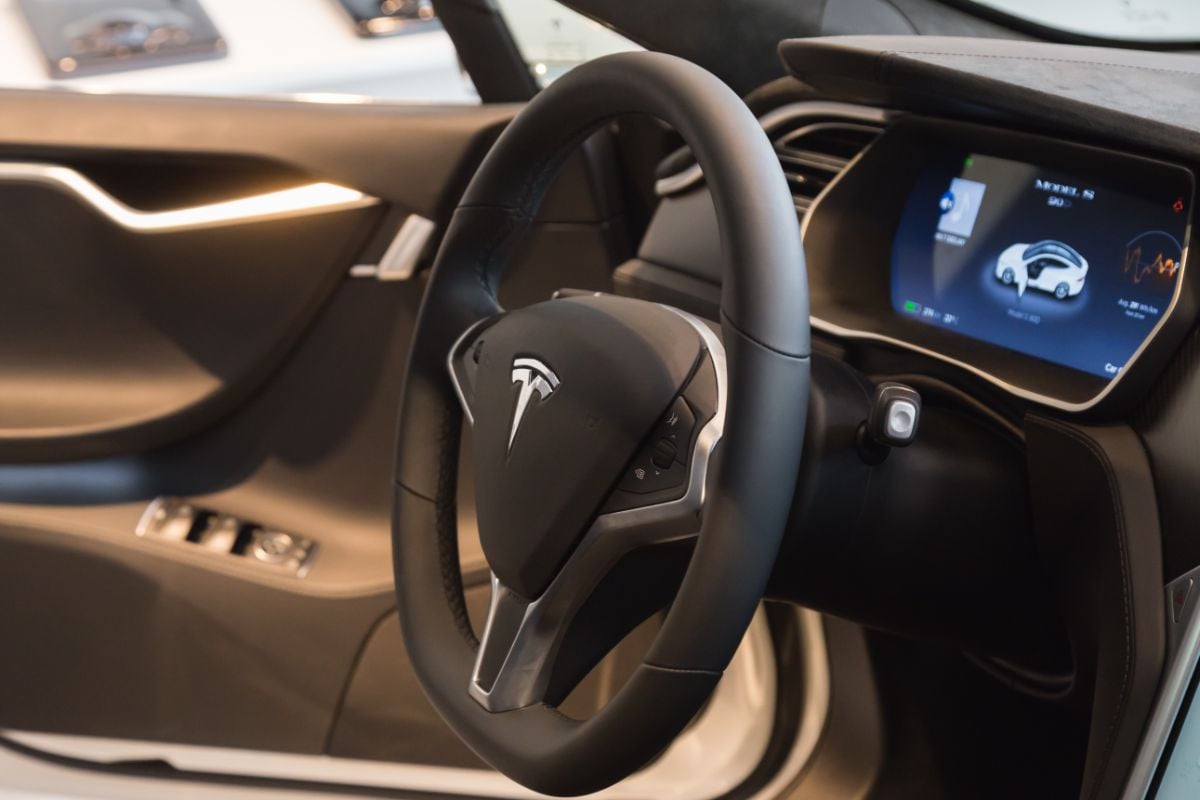 It’s a family sedan with blistering performance. But hop inside and the first thing you see is the steering yoke. There’s no traditional steering wheel but rather a fight-jet-inspired yoke that appears at first to be a little awkward.

The back seat area offers increased headroom and legroom with a panoramic roof. There are also 3 seats, which makes it a true 5-seater.

The interior is minimalist, so you won’t find a plethora of buttons, switches, and stalks. Pretty much everything is controlled via the screens and a few buttons on the steering yoke.

Indicators are operated via two buttons on the yoke, as are the headlights.

You also won’t find a gear selector. The car utilizes a predictive software program to determine which gear you should be in and then selects it automatically for you. If you’re parked in the garage and climb in, the car will pop a message up on the dashboard display asking if you wish to get into reverse. To do so, you just have to put your foot on the brake.

The car takes its cues from the surrounding data which is conveyed to its “brain” via numerous sensors spread throughout the vehicle.

You can override the system by accessing it through the center dashboard display. You then indicate with your finger which way you wish to go and the car selects the right gear.

If the screen fails, then there is a third option to select gears at the bottom of the center console. There you will find a line of buttons that will only work if the screen is disabled.

The climate control vents are hidden from view and the central control is also free from clutter. A nice touch is the two velvet-covered phone charging pads just below the dashboard. 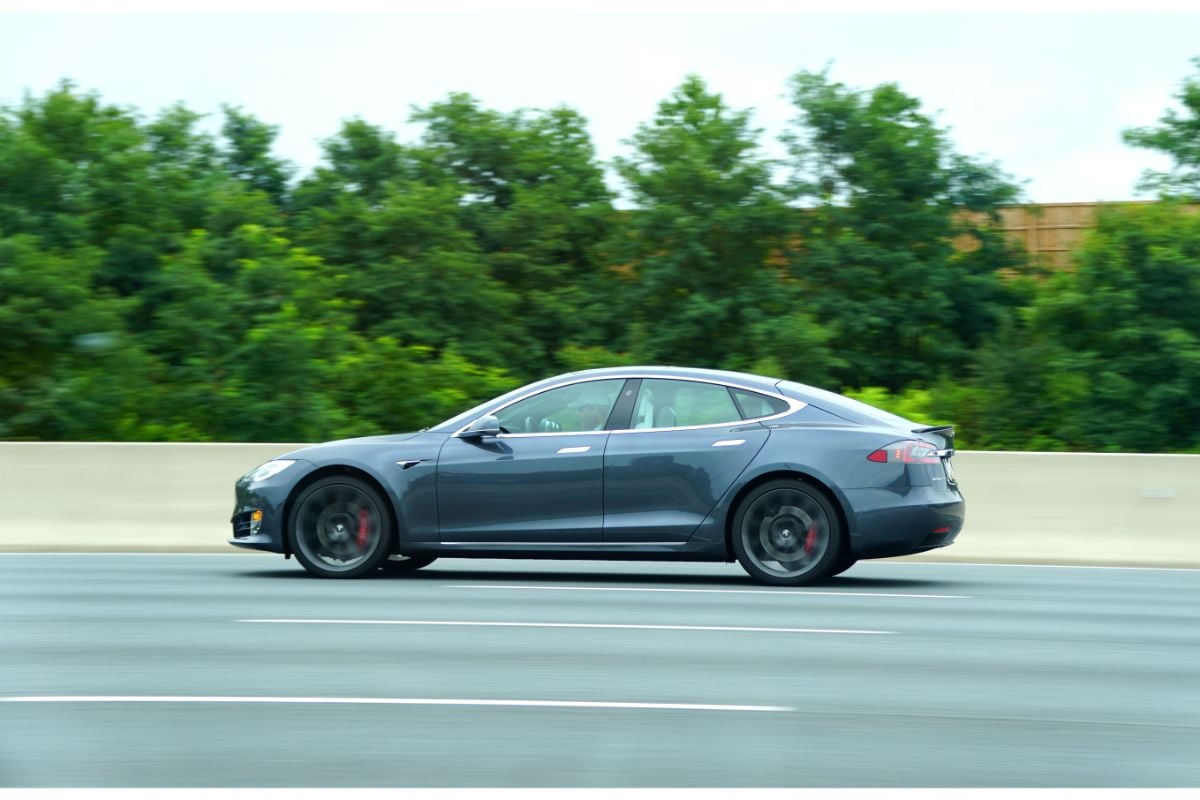 The car is now a little wider to accommodate the bigger wheels on the upgrade. Exterior paintwork is not of the highest quality, unfortunately.

But, all of those issues pale into insignificance when you hit the throttle. This car is blisteringly quick. It feels quicker than the Porsche although the actual figures are very close. It is faster than every other car on the road and the steering is very precise.

The suspension soaks up bumps and irregularities even in sports mode. Overall, the car is a monster that will excite and frighten the living daylights out of you.

What is the Porsche Taycan?

Porsche first announced the Taycan as a concept car called the Mission-E back in 2015. But once they announced that they were rolling out production of their first performance electric car ever, interest sky-rocketed and a mad rush ensued.

Customers were climbing all over each other to place orders.

The excitement was real.

The production car is very similar to the original concept car. Depending on your budget and level of interest, you can get the car in one of four versions. 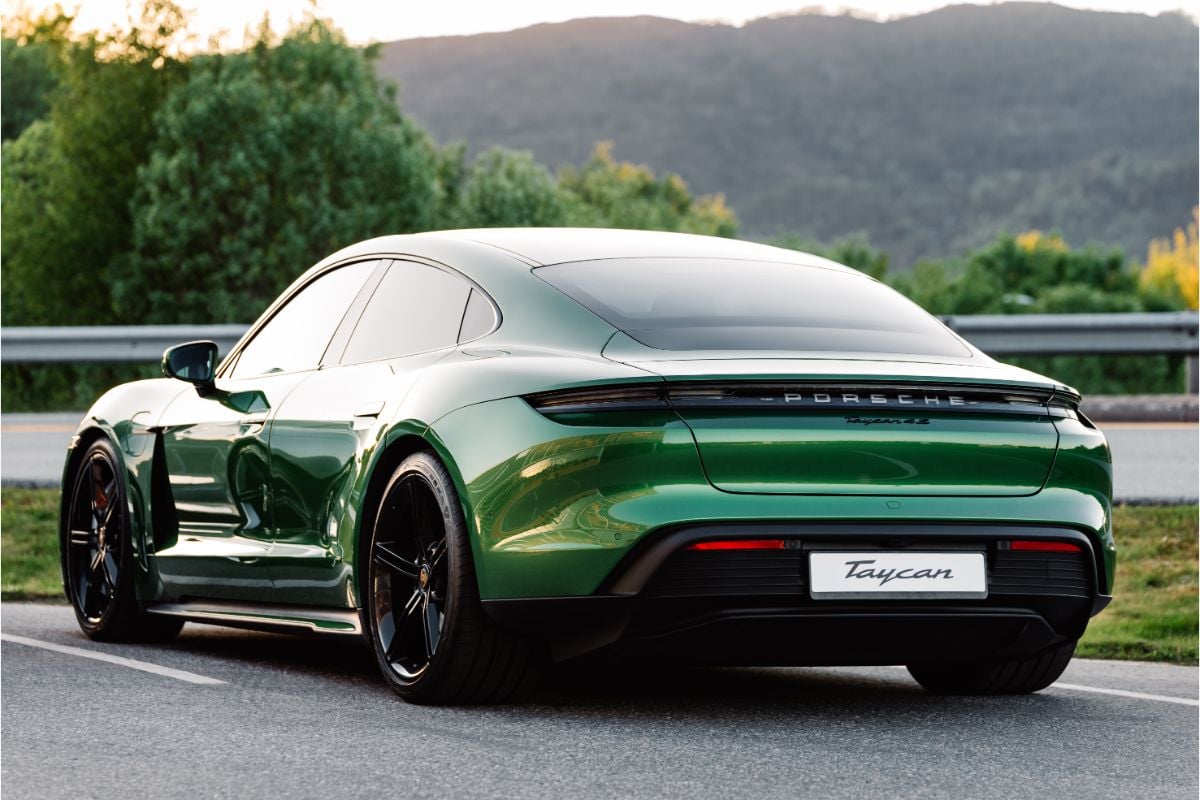 The Taycan Turbo-S starts around $180,000 with a similar range to the base model.

None of the models get you close to the 300-mile range of the Tesla. There the long-range model gives you somewhere close to 370 miles between charges. 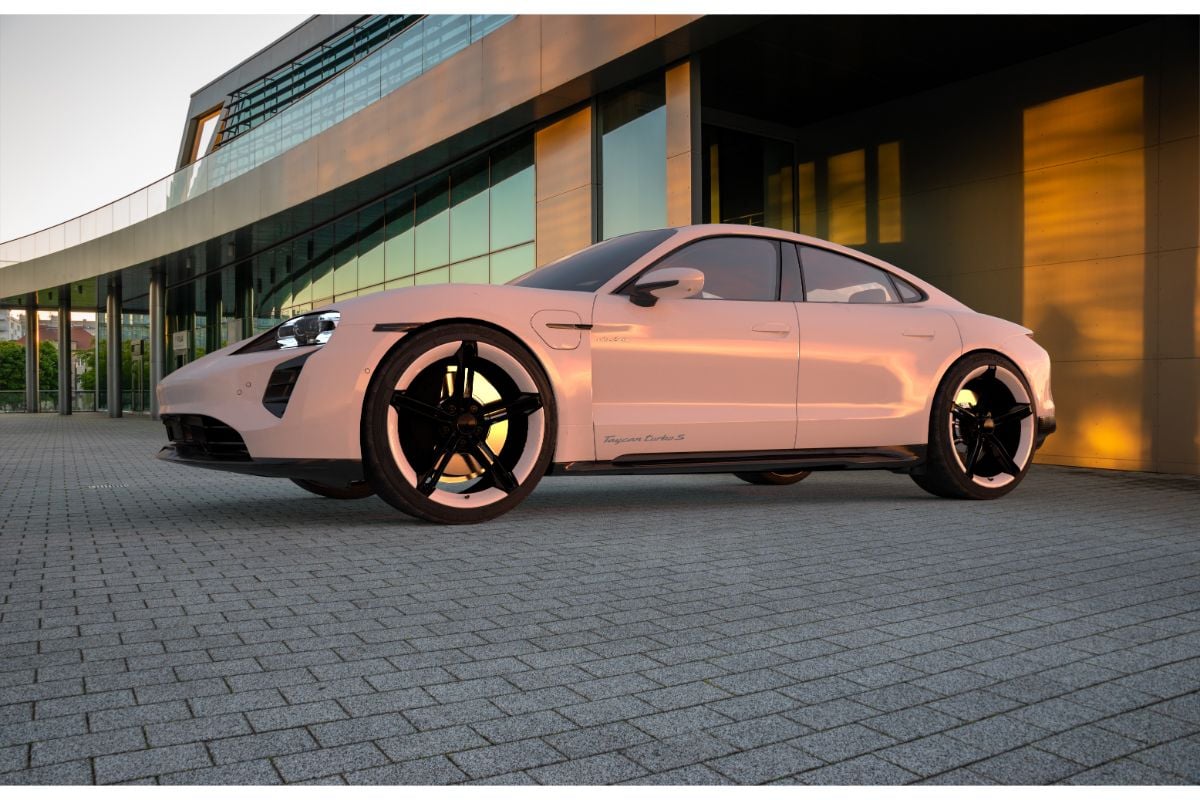 The flush-mounted door handles are the first thing you notice when trying to open one of the four doors. If you have the keys in your pocket, then slip your fingers under the handle and they pop right out, allowing you to enter. The handles stand proud of the door when it’s unlocked. All you need to do to lock the doors is give the handle a gentle push with your finger and the handle retracts into the recess.

You can also lock and unlock the door using your key fob. It has a neat little LED that lights up to show that you’ve pushed the button.

The charge port has a beautifully designed cover that retracts back into the fender when you slide your finger underneath the protruding black stub just behind it. The hidden sensor signals the charge port door to open.

To close the charging port, slide your finger back under the sensor and it slides into view and locks in place – very cool. 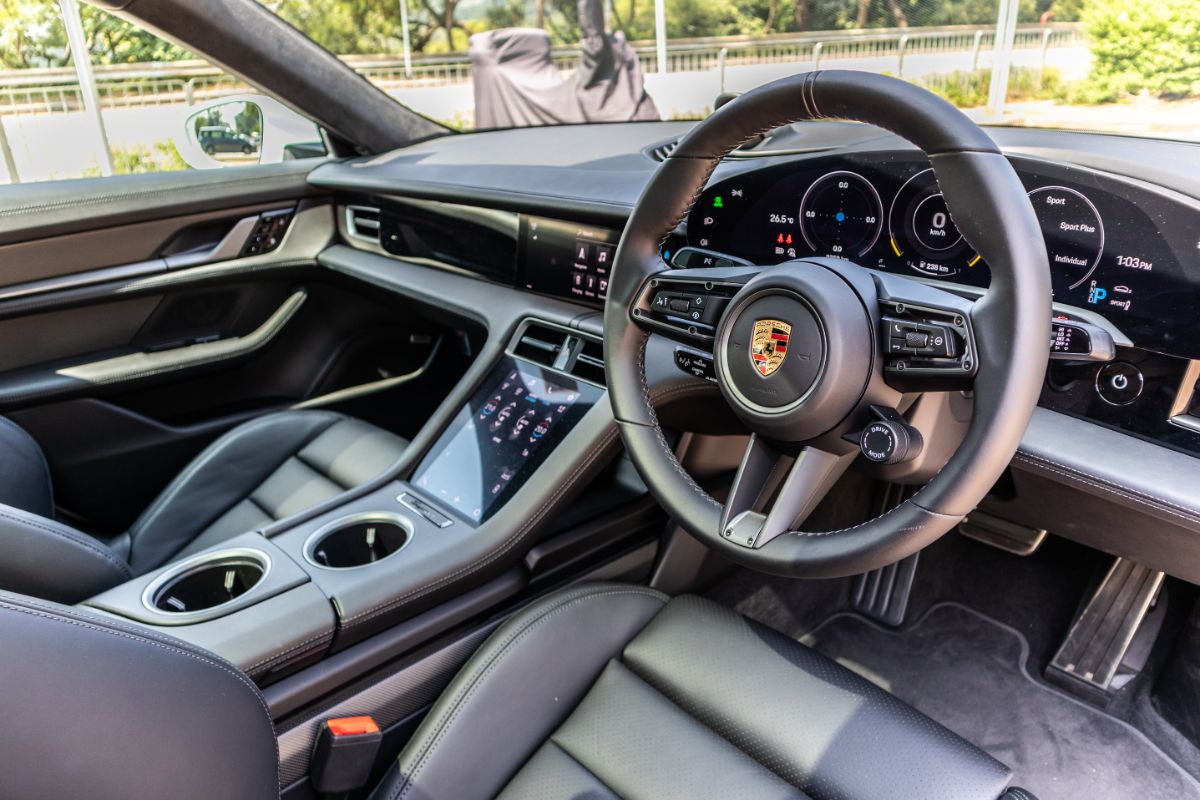 The interior is typical of Porsche. Large, comfy, sporty seats upfront contrast as usual with the somewhat claustrophobic rear seats with enough space for an over-stuffed hummingbird. The build quality is far better than the Tesla offering.

There’s a huge panoramic glass ceiling and tiny rear window openings. You also have the option of 2 or 3 rear seats.

The diminutive gear lever is located on the dashboard with three modes; Reverse at the top, neutral in the middle, and drive at the bottom. There’s a large park button to the right of the gear lever.

The center console is reserved for a screen and two cup holders and a storage bin with a wireless charging pad for your cell phone.

The screen gives you access to the more common vehicle controls, such as climate control, including temperature, fan speeds, and heated seats. The screen buttons are slightly quirky in that they need quite a firm press to activate.

By tapping the battery icon to the right of the screen, you access data related to the battery charge level and remaining range.

A little car graphic allows you to see a top-down view of the car on which you can tap buttons to open the various doors and covers. Your options include the front trunk, charging ports for AC and AC/DC on either fender, and the rear trunk, which you can open and close.

The volume control is also located on the center screen and is frustratingly designed to work by tapping the + and – buttons. The volume knob is located on the steering wheel but passengers will have to keep tapping to set their preferred volume.

A button on the lower left gives you access to the car’s external camera view. There’s a 360-degree view similar to the view you’d get if you had a drone buzzing around your car.  The images do get slightly duplicated, but on the whole, it’s a great system.

The upper touch screen in the center of the dashboard gives you access to the rest of the onboard controls.

Things like moving the air vents, changing the driving characteristics, regenerative mode (Porsche calls it recuperating), and navigation are available on the center screen.

A cool feature is your ability to set your range available on the navigation screen so you know how far you can travel before needing to recharge. This is a great idea as it makes planning your route so much easier.

The steering wheel has duplicate controls for most of the options on the center screen, so you can safely change settings and view your options without your hands leaving the wheel. There’s a little wheel selector on the lower portion of the steering wheel which allows you to select the drive mode you want. It includes a range mode for maximizing efficiency, so you can travel as far as possible.

The rear spoiler rises once you reach certain speeds and you can’t set it up yourself unless you set it to wash mode.

Taking the car out on the road, you’ll discover that it not only looks quick, but it is quick – blisteringly so. But it’s a little bit slower than Tesla’s 2.3-second 0-60 mph benchmark. Various Porsche testers have pulled times of 2.4 – 2.6 seconds for the 0-60 mph test.

So, overall, the Porsche is a more luxurious and exciting, more expensive electric car when compared with the Tesla. It’s just not as quick and it doesn’t have the range that the Tesla has.

Even though Tesla is the OG of performance electric cars, I have to say that the Taycan S is my preferred car. Better build quality, more precise handling characteristics and the overall feel leaves one with more trust in the car’s ability to handle all that power.