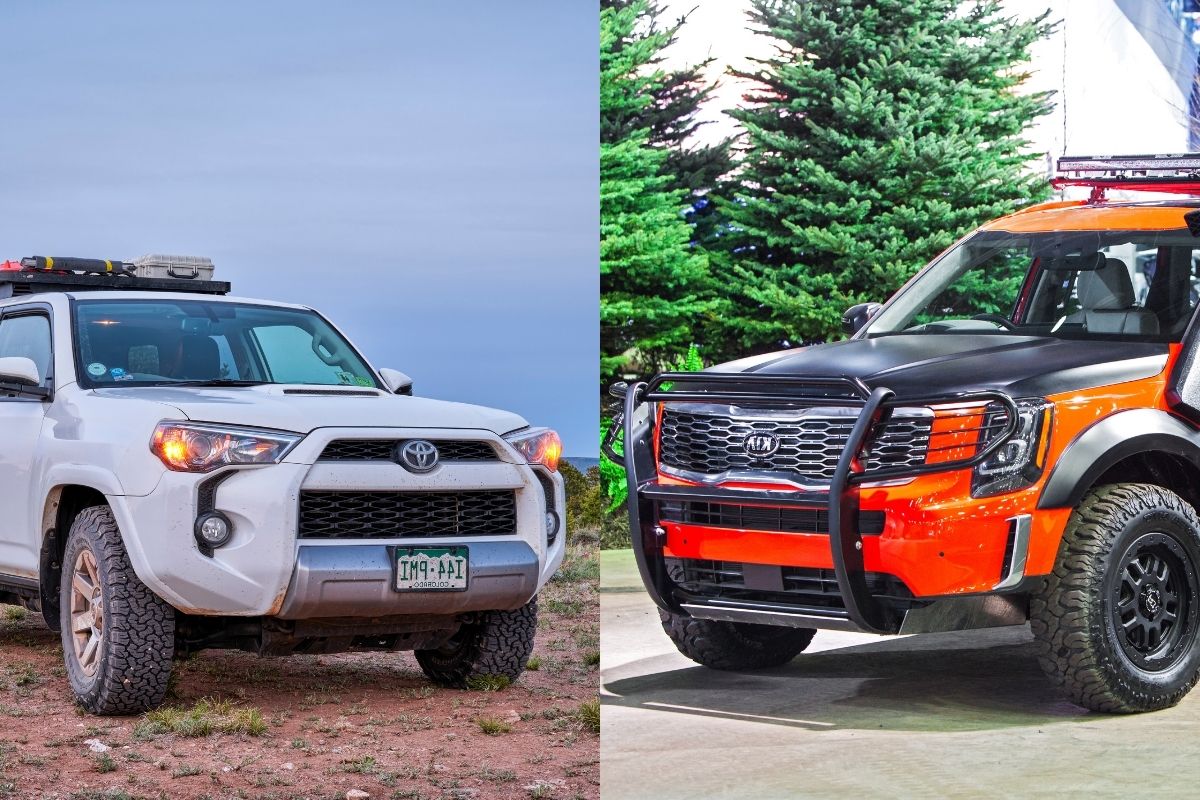 I felt guilty making this comparison. Not because I love the 4Runner, but because it’s comparing a veteran to a recruit. Don’t get me wrong, the 2022 Telluride offers a smooth ride and lots of amenities. However, taking it off-road is a completely different experience from the 2022 Toyota 4Runner, which has suspension and high clearance made for that purpose.

Or so I thought until we tested the 2022 Telluride! So read more to find out how they stack up against each other from price to interior, space, safety, fuel efficiency, and performance to help you make an informed decision. Let’s see which horsepower we want to roll with! 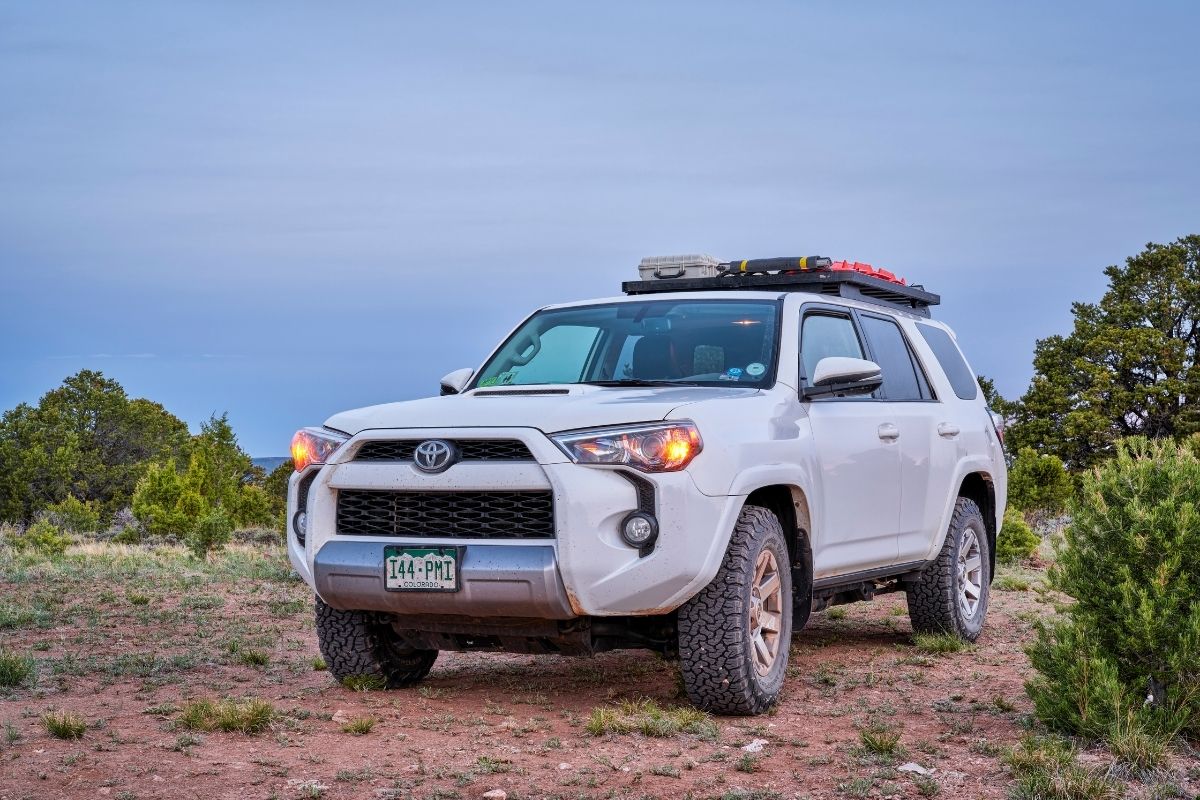 For the first time, Toyota is offering the TRD Sport model on the 4Runner in 2022. Although it’s hard to call the TRD Sport emblem, 20-inch wheels, and the scoop on the hood “sporty.” It includes adjustable dampers, unlike other 4Runners, which improve the vehicle’s handling (but not the Limited, which comes with a glamorous cabin).

Cotton has been replaced with faux-leather upholstery in the TRD Sport’s cabin.

By 2022, all-new Toyota 4Runners will have LED high lights as standard equipment. 4.0-liter V-6 and 5-speed automatic transmission are standard on all 4Runners. Rear-wheel or four-wheel drive is the only option to gain decent acceleration from the engine’s age. To reach a speed of 60 miles per hour, the 4Runner needs 7.7 seconds. 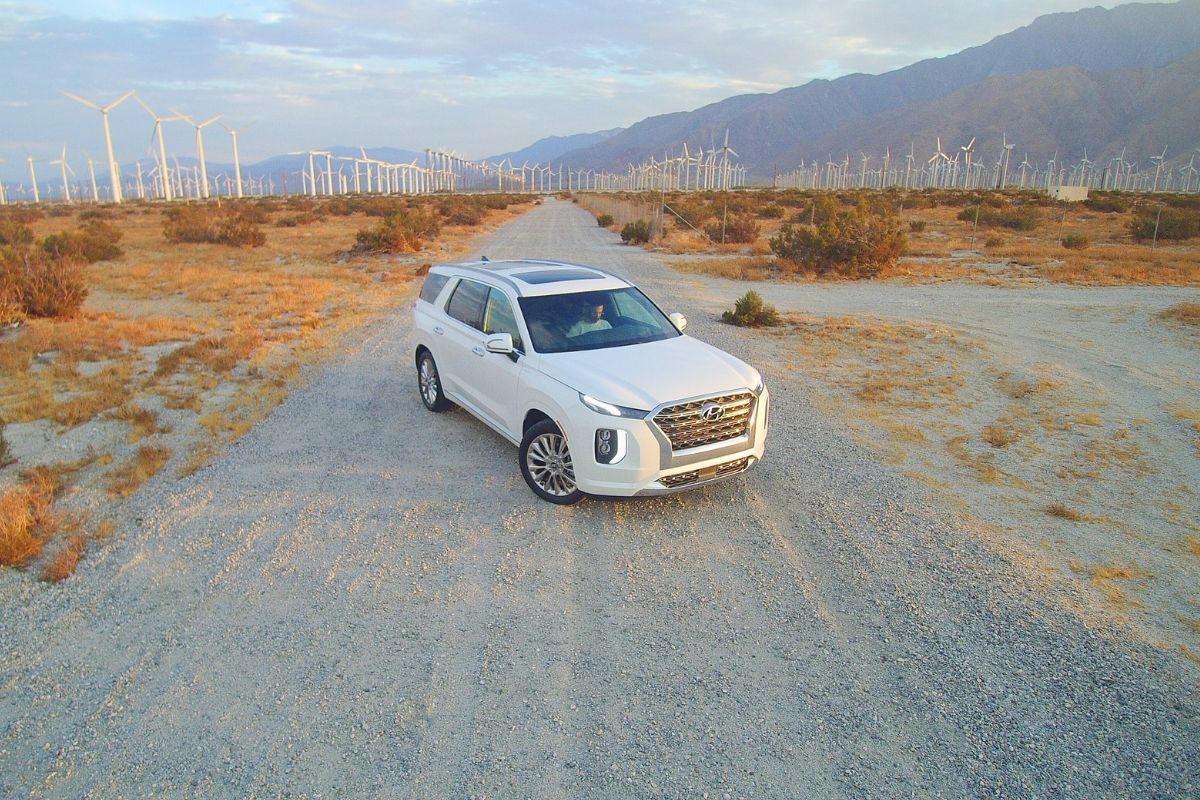 This year, Kia gave the Telluride a slightly reworked grille and liftgate, as well as a reworked steering wheel cover, the company’s new-look emblem. A 10.3-inch touchscreen (substituting for the original 8.0-inch unit) and complete automatic temperature control are among the new standard features for the SUV’s two lower trims.

In addition, adaptive cruise control is now standard on both models, and it uses the navigation mechanism to continuously modify the speed of the vehicle as it enters and exits the bends.

A V-6 naturally aspirated 291 hp plus 262 pound-feet of torque propels the Telluride’s engine. With an automatic 8-speed transmission, it powers the front wheels as normal, but, all-wheel drive is also a possibility. Its top speed is 142 mph and it accelerates to 60moh in 7.2 seconds.

Starting at $37,605, the Toyota 4Runner costs less than the 2022 Kia Telluride, which starts at $33,090. Since Telluride has a lot more to offer in terms of size, technology, and comfort, this is a little surprising. 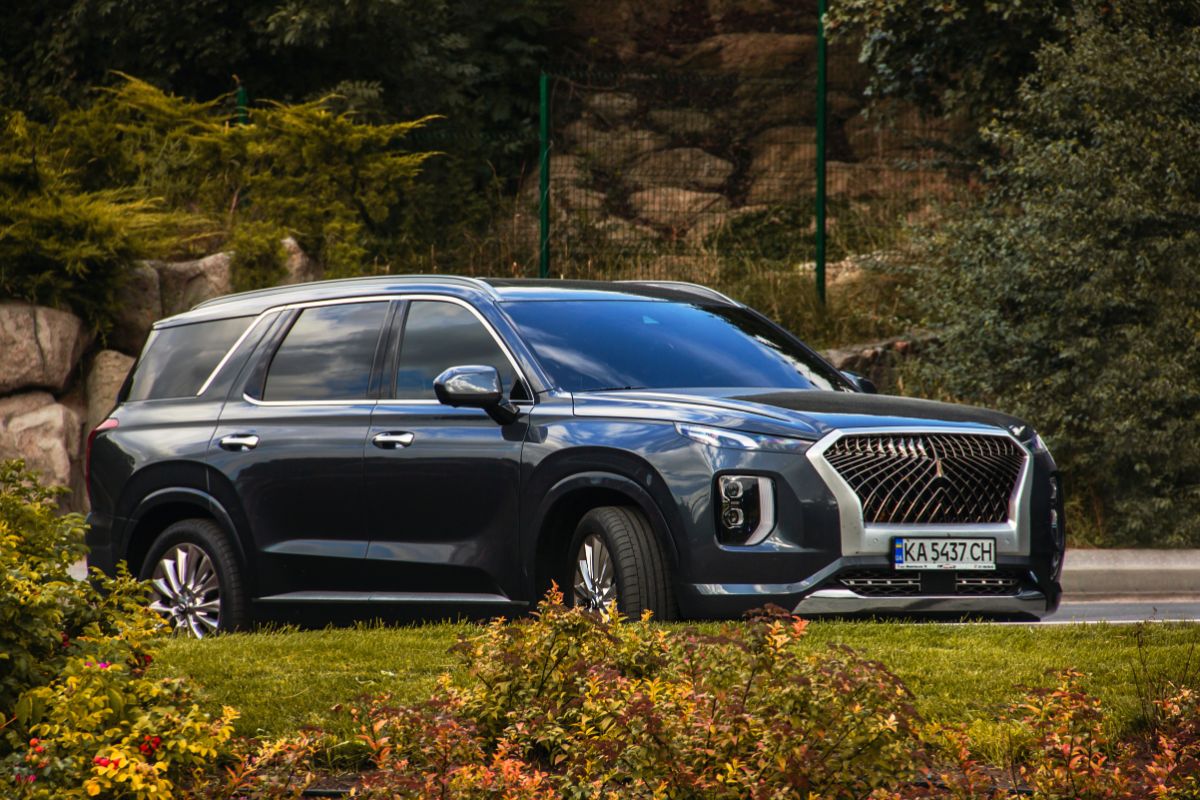 The EPA estimates that the front-drive version of the 2022 Telluride will get 20 mpg in the city and 26 mpg on the highway, making it the most fuel-efficient. These vehicles get 19 city and 24 highway miles per gallon with all-wheel-drive.

This year’s 4Runner is expected to get EPA-estimated gas mileage of 17mpg, which is 16 city and 19 highway miles per gallon for all versions. With 23 gallons of fuel capacity, the 4Runner can go longer between fill-ups than the Telluride (which has 18.8 gallons).

The 2022 Telluride accelerates a little bit faster than the 2022 4Runner. When it comes to torque, the 4Runner’s 4.0 DOHC V6 is 16 lbs.-ft. more powerful than Telluride’s 3.8 DOHC. As the 4Runner TRD Off-Road sways in the corners, it has active waver bars that disengage at lower speeds to smooth out the ride and allow for better off-road suspension articulation.

On and off-road, this assists with keeping the tires firmly attached to the pavement. There is no active sway bar mechanism in the Telluride.

Weight distribution in the front and rear of the 4Runner is more balanced (53.6 percent to 46.4 percent) than in the Telluride (55.7 percent to 44.3 percent ). Improves 4Runner stability and braking performance.

The turning circle of the 4Runner is 1.4 feet smaller than the Telluride for improved maneuverability (37.4 feet vs. 38.8 feet).

Its minimum ground clearance is 1.6 inches higher than the Telluride’s, giving the 4Runner the chance to pass over bumpy terrain without being wrecked or slowed down.

There are vented front and back disc brakes on the 4Runner, which help to cool the brakes down for quicker stops and less fade. The Telluride’s rear discs are both solid and unvented. When it comes to the 4Runner’s chassis, it’s 6.7 inches lower than the Telluride, which makes it easier to park, maneuver, and handle. 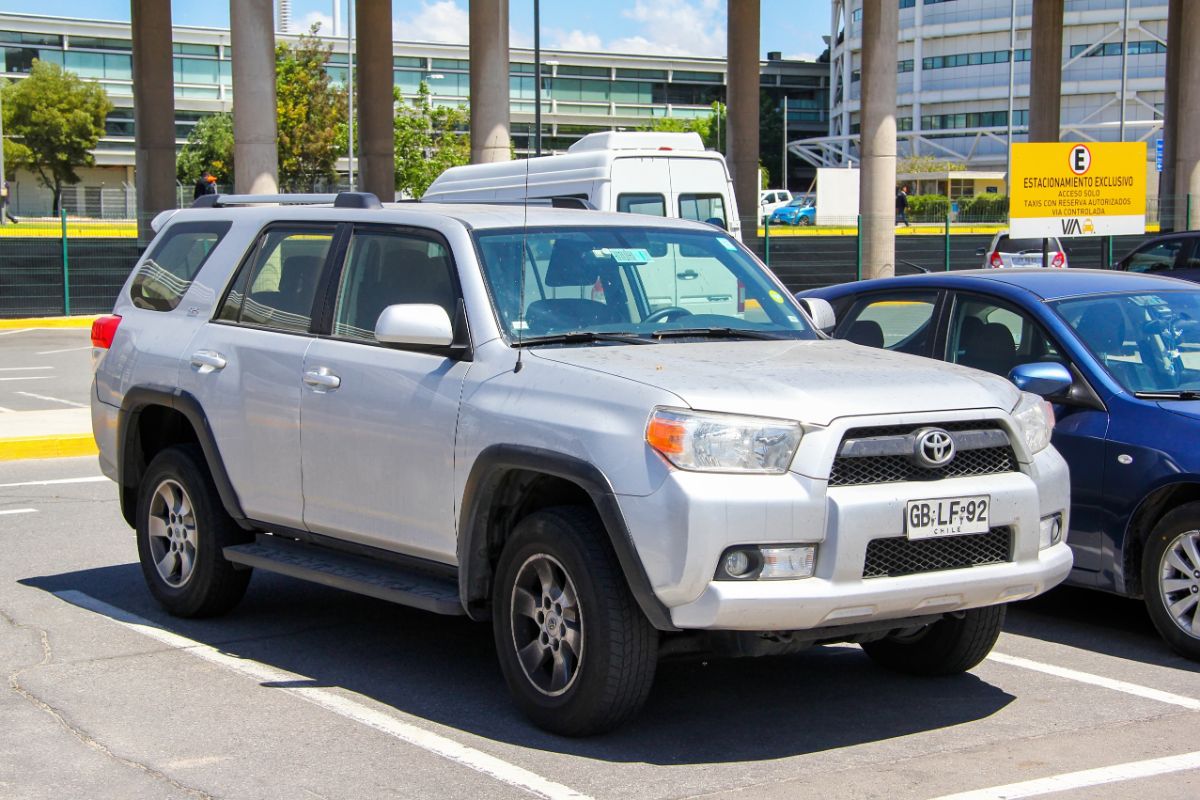 Children cannot open the rear doors of either the Telluride or 4Runner because of the child protection latches included on both of these vehicles. In contrast to Telluride’s automatic child safety mechanisms, the 4Runner’s child safety locks must be manually activated each time.

Preventative measures for frontal collisions are tested by the Insurance Institute for Highway Safety. The Telluride’s Forward Collision-Avoidance has an “Outstanding” rating from IIHS, with a score of 6 points. The IIHS rates the 4Runner as providing no adequate frontal crash prevention, giving it a 0 out of a possible 100 points.

This feature is standard on the Telluride. However, it is an additional expense on the 4Runner.

Rear cross-path warning sensors are standard on the Telluride, but they are optional on the 4Runner.

Unlike the 4Runner, the Telluride is built with a three-dimensional high-strength framing that encircles the passenger compartment, but the 4Runner has no frame elements above the vehicle’s base.

Both the Telluride and the 4Runner come standard with multiple-angle driver and passenger airbags, as well as a slew of other safety equipment.

On the other hand, new cars are subjected to 35 mph frontal crash tests by the National Highway Traffic Safety Administration (NHTSA). According to this test, the Kia Telluride was shown to be safer than the Toyota 4Runner, despite both vehicles receiving a 4-star overall rating.

Seats in the middle and third rows of the Telluride recline for added passenger comfort on lengthy journeys. Third-row seats in the 4Runner do not recline.

In practically every way, the Telluride’s cargo room surpasses that of the 4Runner. As a convenience for passengers and goods, Telluride’s second-row seats may be lowered at the press of a button. There are no automatic folding seats in the 4Runner.