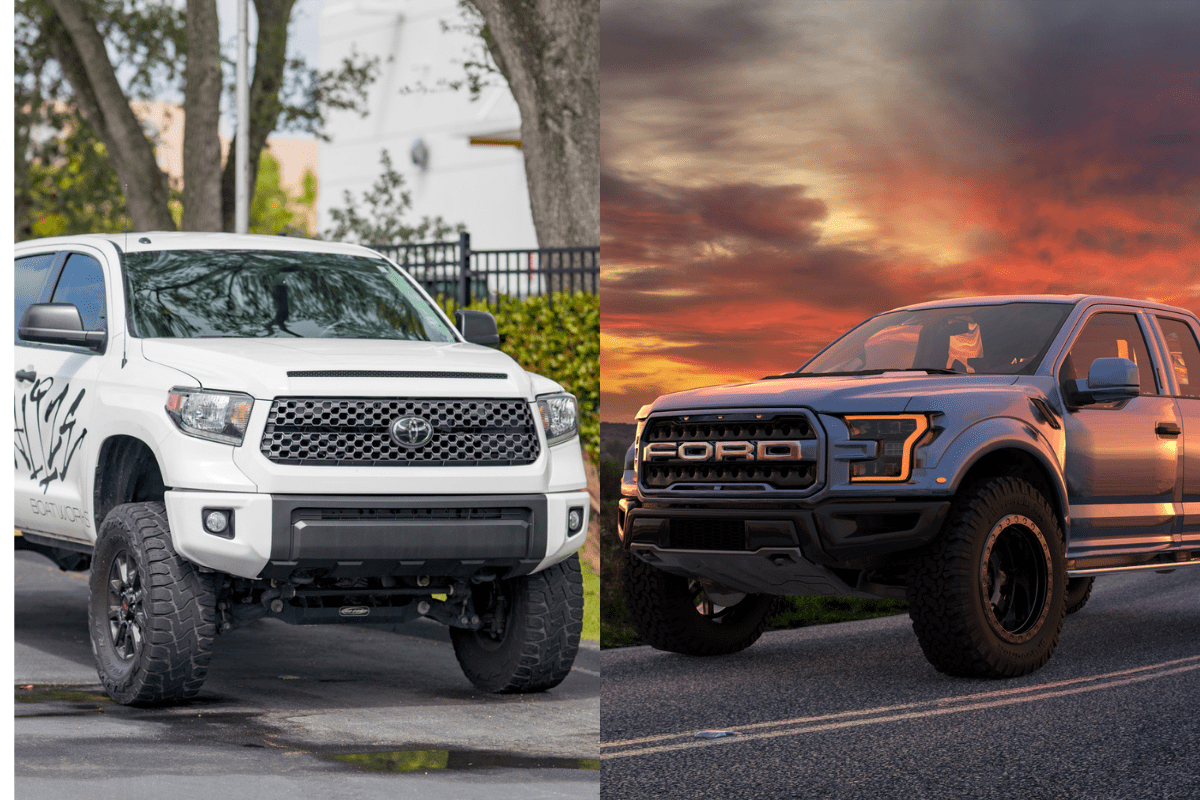 Of all the side-hassles in the world, I probably have the coolest of the lot- I am, what, to be politically correct,  you could call an Executive Personal Runner-Buyer to the super-rich.

I purchase luxury goods for my upper-middle-class and stinking wealthy clients for a swell commission.

Take the other day, for instance, I received a call from one of my Russian oligarch clients who is currently waiting out the Russia-Ukraine situation on the Mediterranean sea.

” Hi, Yuri! Okay, yes, I understand perfectly. You want me to purchase for you, either a Toyota Tundra or a Ford F150, but first I must send an action research report so you choose.”

I set about action researching the Toyota Tundra vs. Ford F150.

Below are my action research findings emailed to Yuri.

Contents Show
What is a Toyota Tundra?
What is the Ford F150?
Features
Horsepower
Cost Range
Seating
Acceleration (0-60)
Materials
Design Features
Durability
Cost Differences
Brief History of Each
Other
Conclusion

What is a Toyota Tundra?

The Toyota Tundra is a full-size pick-up truck built by the Japanese in the U.S.A.

After over a decade of apparent inactivity as far as its Toyota Tundra model development, the 2022 SR5 Toyota Tundra edition is the latest in Toyota’s TNGA platform of full-size pick-ups. 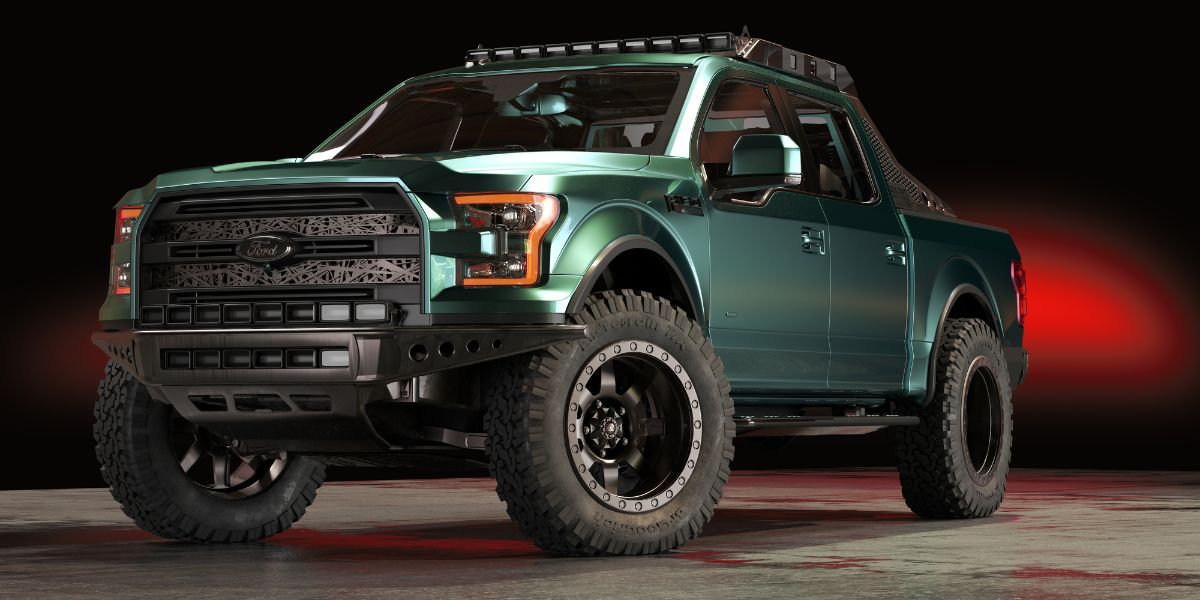 Purpose-built from the ground up, the Ford F150 is part of the Ford F-Series of trucks first marketed and built by the Ford motor company from as early as1948.

Originally known as the Ford Bonus-Built trucks, unlike earlier versions, this series of trucks was the first to be built on a dedicated truck platform.

Distinct from the departing model, the latest Toyota Tundra CrewMax has a V6 powertrain with or without a hybrid drivetrain and suspension set-up.

Similarly, the Ford F-150 also has a hybrid option. Admittedly, however, it is slightly more powerful.

With a 3.5L EcoBoost V6 engine with a 10-speed transmission that delivers power ratings of 400 horsepower and 500lb.-ft of torque, the Ford F-150 is also a work-horse built to perform. The EcoBoost helps with fuel efficiency. 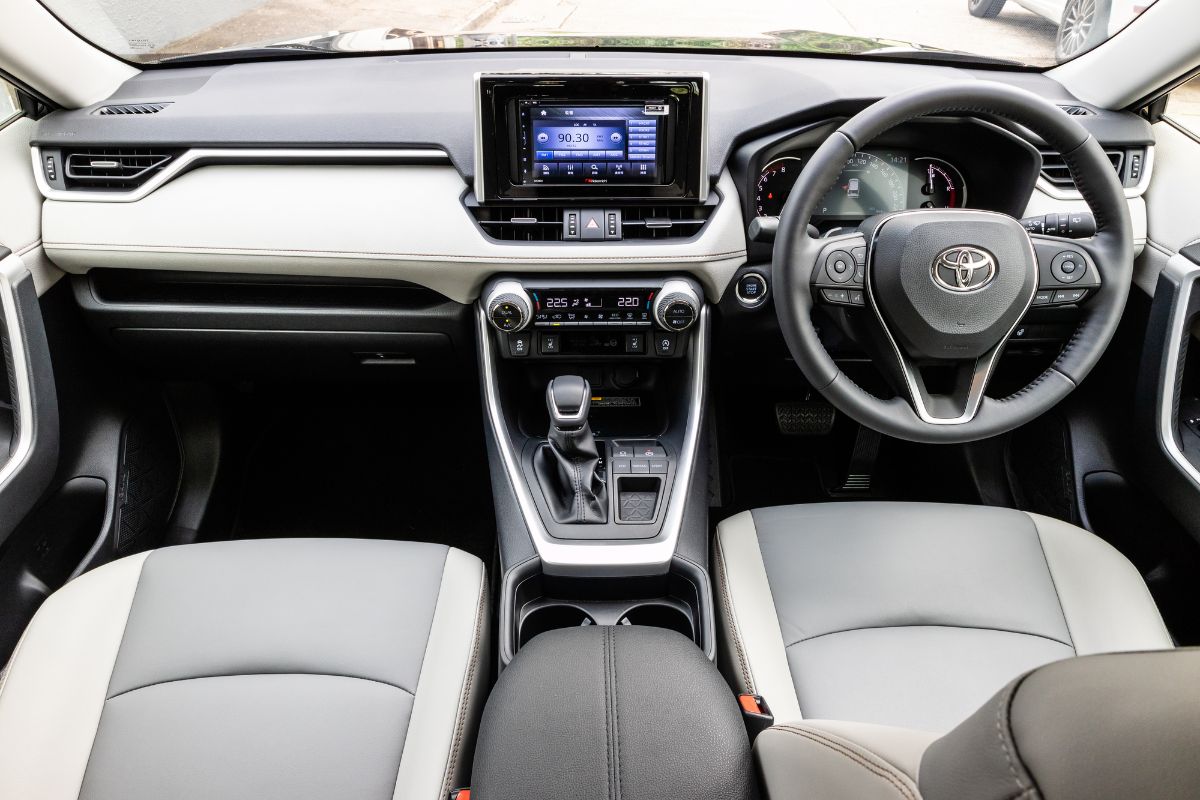 From ambient lighting, illuminated footwells to walnut wood trimmings, the CrewMax is a blend of the modern and the new. With the SR 5 generally, materials and soft-touch plastics vary depending on the trim level.

In this regard standard seats on base models have cloth upholstery and manual adjustment. As for high trims like the CrewMax, these get Toyota’s Softex upholstery, power adjustability a, heating and ventilation functions.

The exterior of the Toyota Tundra CrewMax is reinforced with an aluminium composite bed. On its 18-inch wheels, it spots silver painted alloy wheels. Chrome “Tundra” and “SR5” door badges brush against your hand as you pull on the black door handles.

Unless I am mistaken, the aluminum wheels, dark matte finish, the Grille Unique Tremor and high-strength steel seem to be the main materials the Ford F-150 possesses. Everything else, like everything about this car, seems to be plain and standard.

Both the exteriors and interiors of  Toyota Tundra Crew Max and the Ford F150 have a rugged dominance about them.

On the exterior, the Toyota Tundra CrewMax gloss black-painted A-pillar, black roof-mounted shark-fin antenna give it its distinct shape as you approach its front doors that are equipped with a touch sensor lock or unlock feature.

LED fog lights, LED tail-lights and LED centre high mount stop lights (CHMSL) with integrated cargo lights. The interior of the Crew Max comes upgraded. Most notable are the unique interior color theme, design elements and spaces that have been added to the centre console.

Activating the smart key entry, and opening the door, you are immediately welcomed by the leather upholstery on the power-adjustable, ventilated front bucket seats.

The plenty of space and thick cushioning provided by the buckets seats in front is replicated spacious bench seats in the rear. The result is enough head and legroom for three passengers to sit comfortably and gaze up through the optional panoramic sunroof.

For both safety and convenience, the middle passenger also has at his/her command, a three-point standard seatbelt. To top it all off in the front and rear, both rows have centre hand rests with integrated cup-holders at their disposal.

Unfortunately, despite its price tag,  both the exterior and interior of the Ford F-150 Tremor are a disappointment. Either it has similar features to those of the Toyota Tundra, or it doesn’t.

Starting with the exterior, like the Toyota Tundra, the F-150 Tremor’s rugged design arguably matches that of the CrewMax. Akin to CrewMax, the Tremor also rides on 18-inch Aluminium wheels, albeit with Dark Matte finish for added ground clearance.

External similarities between the two come to include auto lamps, although the Tremor’s comes with a rain lamp and wiper activated headlamps. Where the CrewMax has LED fog lamps, the Tremor has Halogen ones LED headlamps are optional (not standard) in the Tremor.

Both trucks also have daylight running lamps, and auto-hold door handles. In my view, the Tremor is too simple and practical. This becomes more evident when you open the Tremor’s interior.

Unlike the Toyota Tundra, the Ford F-150 lacks the sex appeal possessed by the former. Aside from the color-coordinated carpets, the Tremor’s interior is rather dull and the materials quite standard.

With a flow-through Center Console that comes with a column shifter, there are no space-age features to write about. To show just how stuck in time the Tremor is, most interior features are manual-manual steering wheel and even manual air-conditioning!

Aesthetically, the Ford F-150 is not moving with the times. It’s still stuck in 1948. As such, most of its features either mimic the Toyota Tundra’s or come second best.

A fact attested to by its basic warranty of 36 months/36000miles.

Similarly, the Ford F-150 also comes fully boxed with high strength steel. Though it seems to also have a lightning warranty, it also even has a similar basic warranty. Who is copying who here?

Built in the U.S. by the Japanese car manufacturer Toyota, the Toyota Tundra has since May 1999 been made in North America.

First built in Princeton, Indiana and then San Antonio, Texas, the Toyota Tundra was in the years 2000 and 2008, respectively, voted the North American Truck of the Year by Motor Trend.

The Crew Max is full of secrets. You can smuggle so much in this car (no hint, honest).

However, when it comes to towing and payload capabilities, depending on what you would like to ferry, the Crew Max cargo capacity is relative. If it is to be used to ferry coffins for instance, then it is yet to get there.

In its defense, though, it does come with a new resin shell to protect the bed from dents as well as scratches and has a Class IV towing latch receiver and wiring harness with a 7pin/4pin connector. Its towing capacity has been placed at 12,000lbs, whereas the Ford F-150 Tremor has one of 14,000lbs.

Interestingly, the Ford F-150 Tremor also has some package, handling and safety features as the Toyota Tundra. These include a Class IV Trailer Hitch, Hill Start Assist (HAS), and Tire Pressure Monitoring System (TPMS).

While the Ford F-150 Tremor is undoubtedly a workhorse, knowing Yuri as I do, and his love for the finer things in life, he would have the beauty and elegance of the Toyota Tundra Crew Max any day rather than the brute strength of the Tremor.