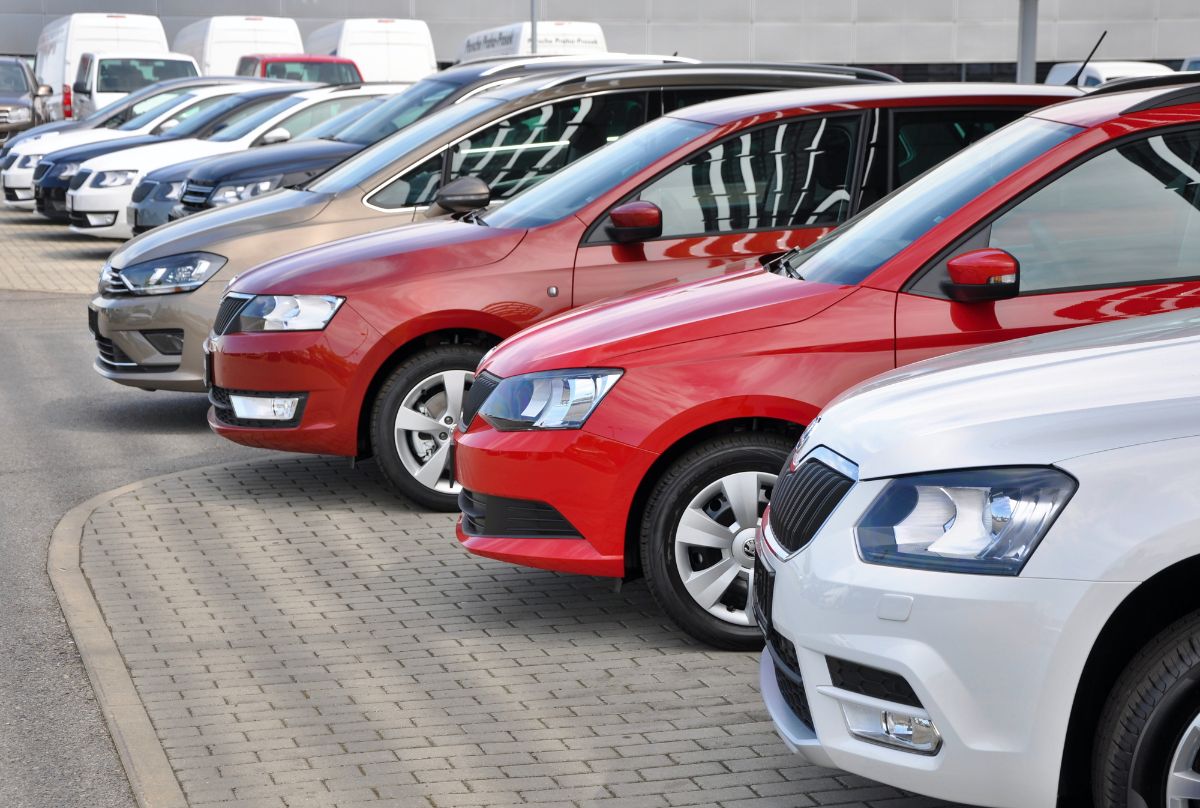 When the first automobiles were invented, they weren’t much more than wagons, or carriages, with a motor powering a wheel or two via a chain or belt.

Car types didn’t come until years after the first carriage was invented. Then, Ford, Buick, Chrysler, Fisher Body, and other players entered the game.

In the beginnings of the automotive industry, the coach makers (wagon builders) became the ones who built the bodies of cars, while others made the motors.

The collaboration of all involved built one of the most powerful industries in the world. This led to many styles and directions for the automotive industry until Ford introduced automation.

After that, the automobile industry flourished, and all manner of cars were designed and built.

During the Golden years of the 1920s, those building cars took their art to new forms, and sedans, coupes, convertibles, and trucks began to enter the market as engines became more efficient. As a result, the use of the motor car has become more widespread.

Contents Show
1. If a car has four doors, it is traditionally a Sedan.
2. A coupe has two doors and may be large or small.
3. With a Convertible, you can drop your top.
4. Hatchbacks can have three to five doors!
5. Station Wagon aka The Estate Wagon.
6. What is a CUV (crossover utility vehicle)?
7. If it’s on a frame, it’s an SUV (sport utility vehicle).
8. Vans/Minivans can move a load.
9. A pick-up truck is a car; a Semi is a truck.

1. If a car has four doors, it is traditionally a Sedan. 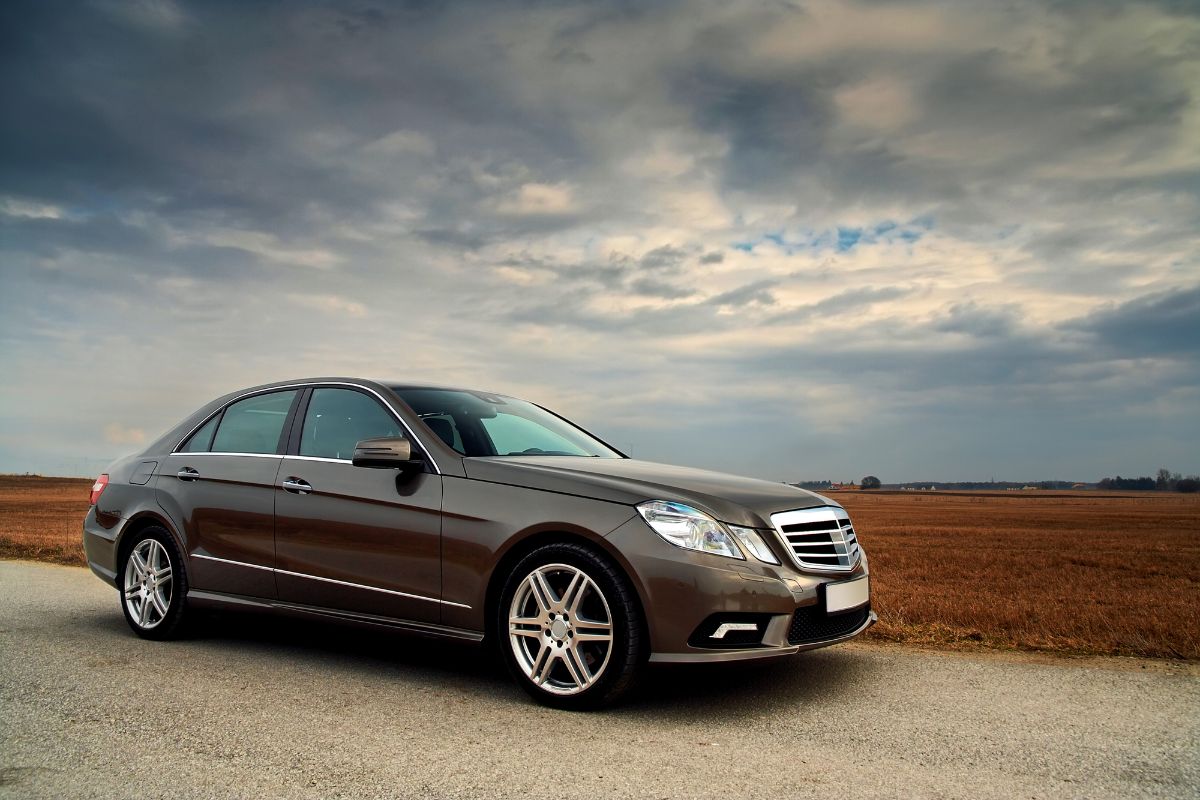 I say traditionally because a few manufacturers have called their sports sedans coupes sometime in the last few years. Why? Who knows, but it probably has something to do with central casting and keeping things fresh.

The sedans they now call coupes to have the long sleek lines of a few two-door cars I’ve seen. A traditional sedan has four doors and a trunk separate from the cabin.

So, the body has three sections: the engine bay, the passenger compartment, and the trunk. Sedans may be as small as the Mazda 3, Nissan Versa, or as large as a Mercedes S class.

2. A coupe has two doors and may be large or small. 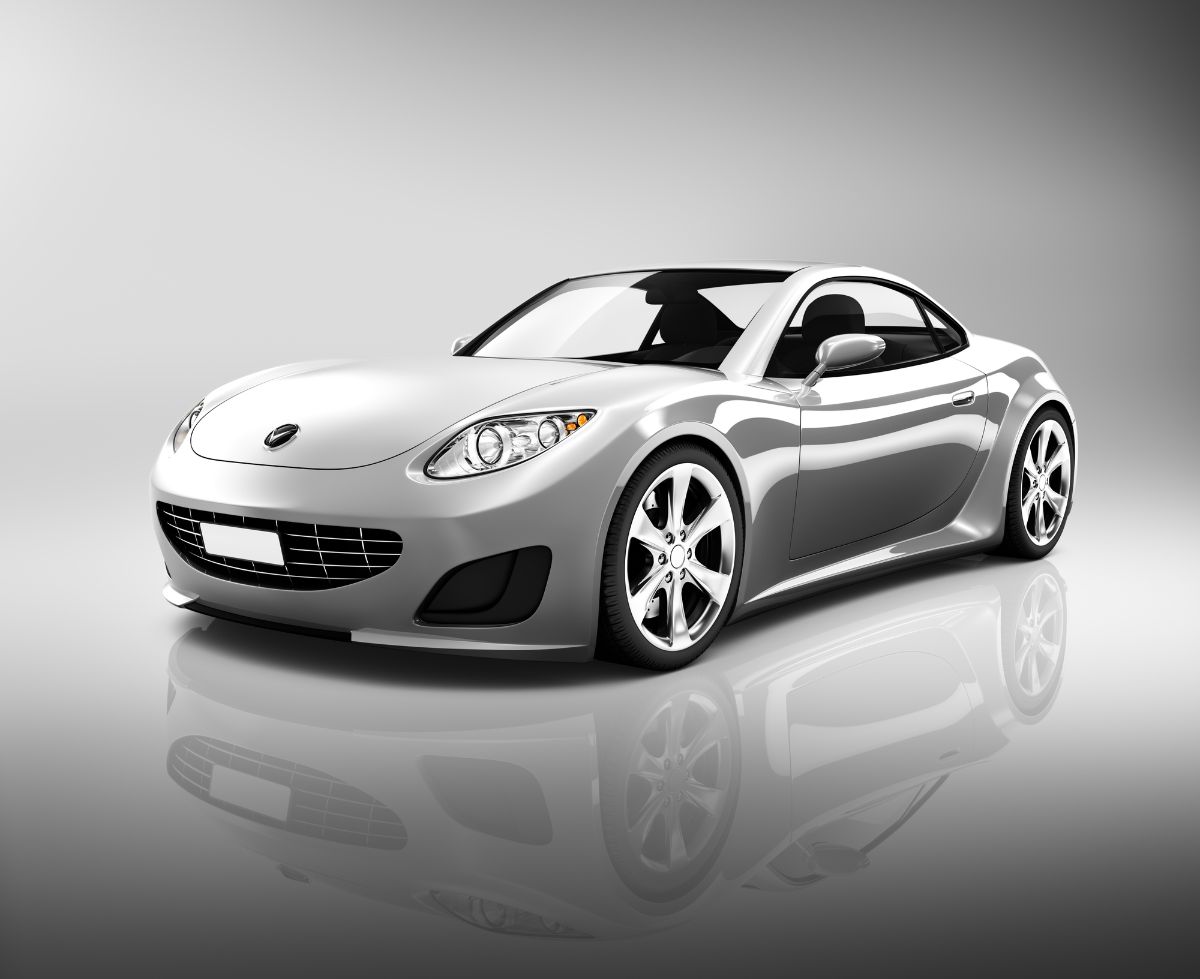 Coupes are often the true expression of a designer’s eye. The BMW 2, M, six series cars, Ford’s Mustang, and the Buick Rivera come to mind. Unfortunately, many coupes had back useable seats, but accessing them is a nightmare.

On other coupes, the back seat was either an afterthought or, like the Chrysler Crossfire, missing altogether. In 2022, the iconic Toyota Supra will return, and BMW and Porsche will offer more coupes than any other companies have.

But, of course, Ford still sells the Mustang and a 760 horsepower power. The latest iteration of the Shelby 500, another notable coupe, has a gas-burning V8.

The Camaro matches this race to the top with their ZL1, powered by a 650 horsepower, supercharged V8.

3. With a Convertible, you can drop your top. 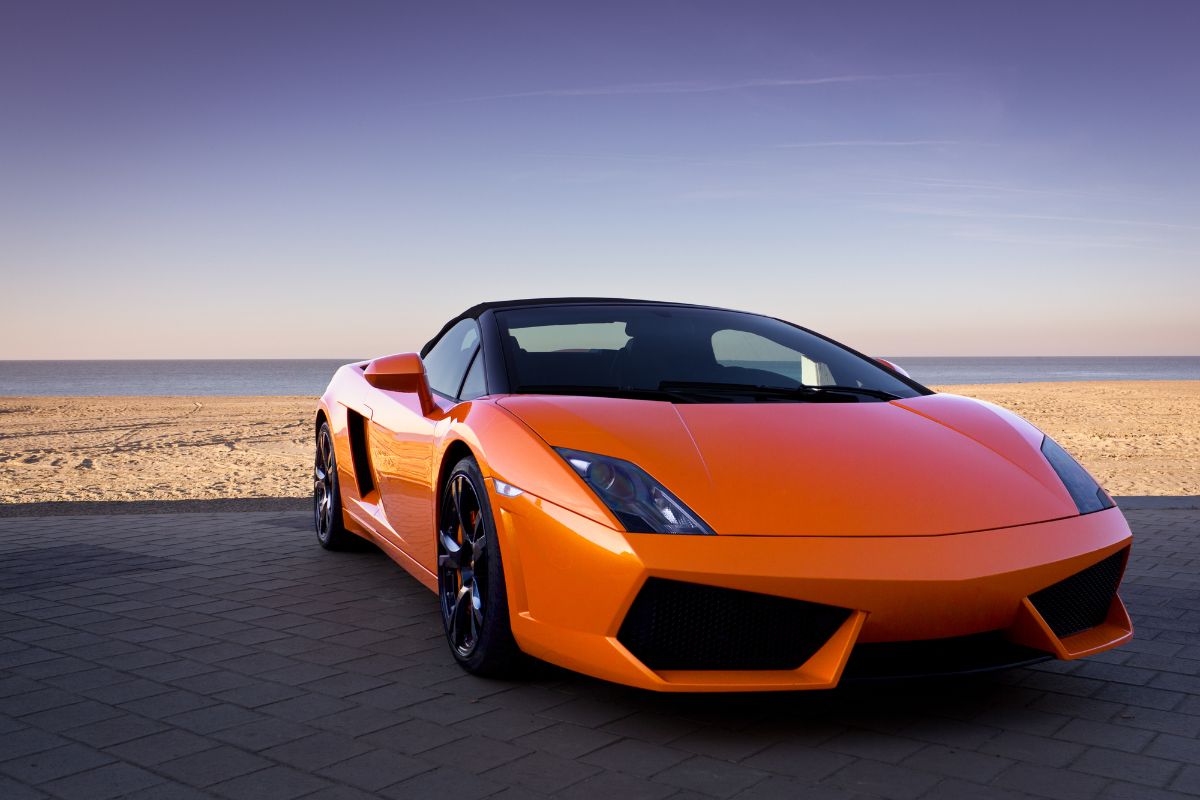 A convertible offers sun on your face and wind in your hair. It’s liberating! I miss my convertible. However, since I let it go for a more practical vehicle, even more models of hardtop convertibles have become available.

Called coupe convertibles, companies that have added them keep them on the market. A convertible has a retractable roof made of canvas or other soft material. It may have a hard surface and retract in sections.

The first hardtop convertible was invented in 1922, so it’s taken a long time for them to become mainstream. There have been many attempts.

So are the Volkswagen EOS, the Lexus SC430, Chrysler Sebring, Cadillac XLR, and the BMW 4 series. This list isn’t comprehensive, but as you can see, there are more hardtop convertibles on the market than one thinks.

Even with insulation, a soft drop-top is loud at highway speeds. There is a niche that fits a few cars, and they are not convertibles, nor are they true hardtops. Porsche patented a name for it, ‘Targa.’

The Targa top is a removable rigid panel that gives a car the open-air feeling of a convertible, without a drop to. Chevrolet coined their use of the type of top, T-tops, and they showed up on Pontiac Firebirds and other cars of the 70s.

Another point of confusion about convertibles is the word cabriolet, seen on some cars. The cabriolet is the European variant of a convertible.

You see, terms can be confusing when dealing with care, and knowing their types and what one kind of open-top car is from another is helpful.

4. Hatchbacks can have three to five doors! 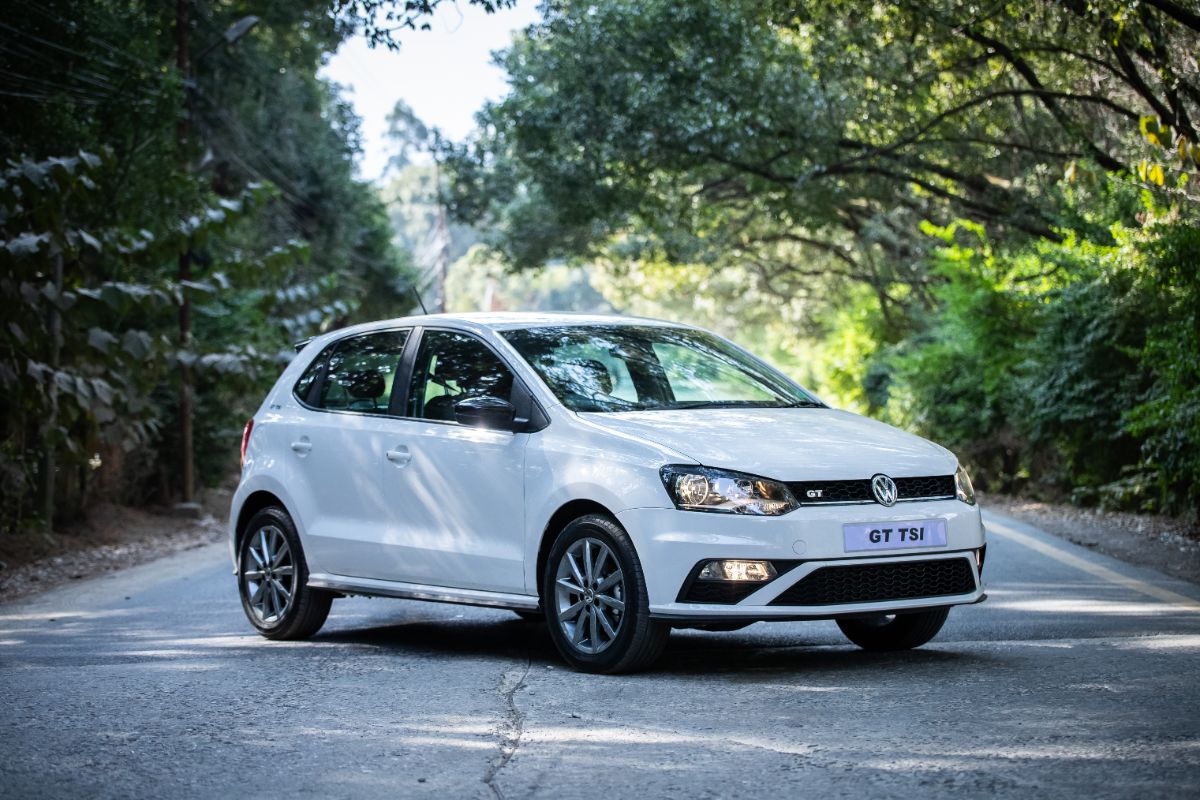 Hatchbacks are handy vehicles, and if you are a person who needs a car that is easy to load and unload, a hatchback may do the trick.

Generally, hatchbacks are sub-compact and compact cars with a hatch-like door, much like larger SUVs and CUVs. Many cars have a rear hatch instead of a trunk that gives you a large space for cargo.

However, only a hatchback is designated. The most current versions of hatchbacks include the Volkswagen Golf, Mazda 3, Hyundai Veloster, Honda Civic, Kia Stinger, Chevy Bolt EV, Mini Cooper, and the Kia Rio… you get the picture.

Many hatchbacks are entry-level vehicles and include those above. However, hatchbacks have caught on with the other end of the auto world.

For example, the Audi A5 Sportback, A7, and RS7 are beautiful renditions of hatchback cars. In addition, the Tesla Model S, and the Mercedes flagship, the EQSs, are both hatchbacks.

5. Station Wagon aka The Estate Wagon. 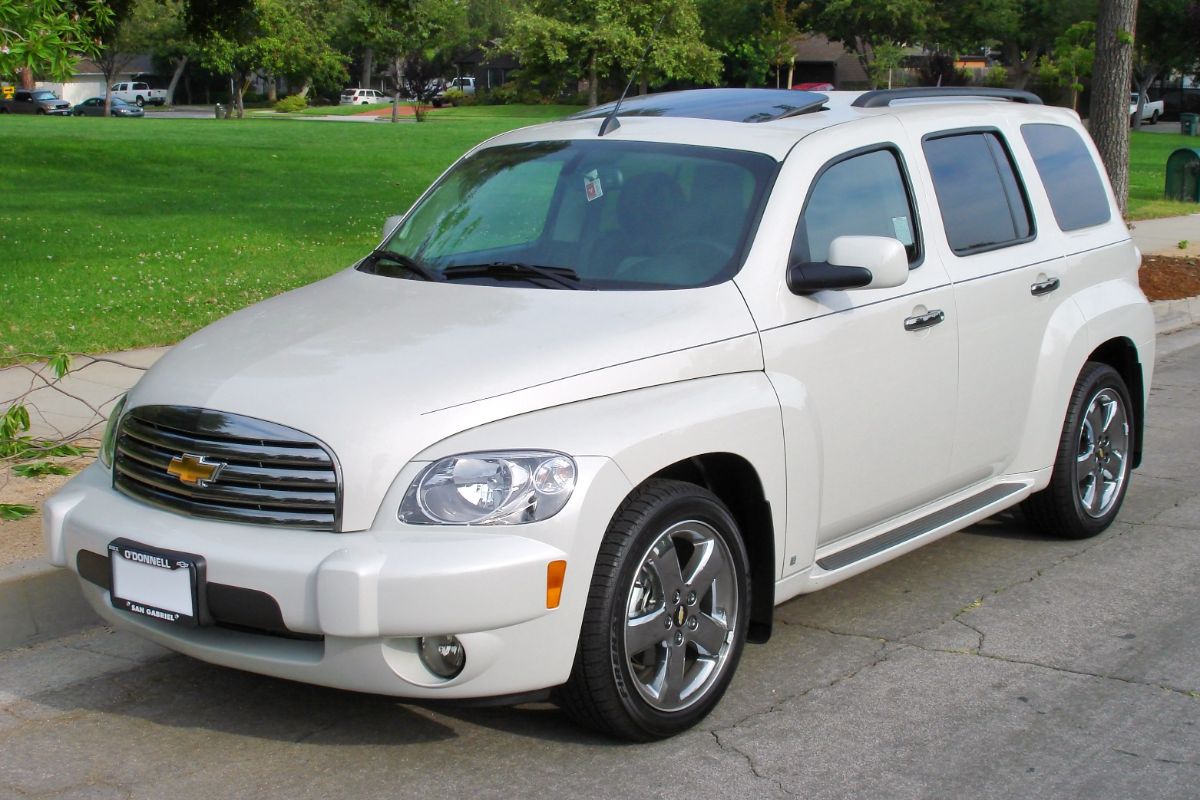 In the United States, we call them station wagons. Still, abroad, a station wagon is often called an estate wagon, as it is their duty in life to haul supplies for the estate.

My estate wagon is an aged Chevy HHR, and its purpose is to go to town, back, get feed, and groceries. I don’t think it’s a station wagon, but it will carry everything I can load in it, well, almost.

Today, station wagons are rare beasties, and the water gets muddy regarding what is a station wagon vs. an SUV vs. a CUV, you see? The most significant difference is that a station wagon is lower on the ground while somewhat boxy like an SUV.

However, take that body style at all-wheel-drive and adequate power, and you have the likes of the Subaru WRX, one of the most renowned station wagons in the world.

And to take it a notch above is the Porsche Panamera Sport Turismo, the fastest, most luxurious station wagon on the market.

On the more practical side is the standard Subaru Outback station wagons. The Audi Allroad Quattro and Volvo V60 Cross Country are on the luxury end. The Mercedes E Class is another of today’s station wagons and uses a hybrid electric drive for propulsion.

These vehicles have more cargo capacity and road clearance than a sedan, almost as much carrying capacity as an SUV, and all-wheel drive to keep your car firmly planted on the road.

6. What is a CUV (crossover utility vehicle)? 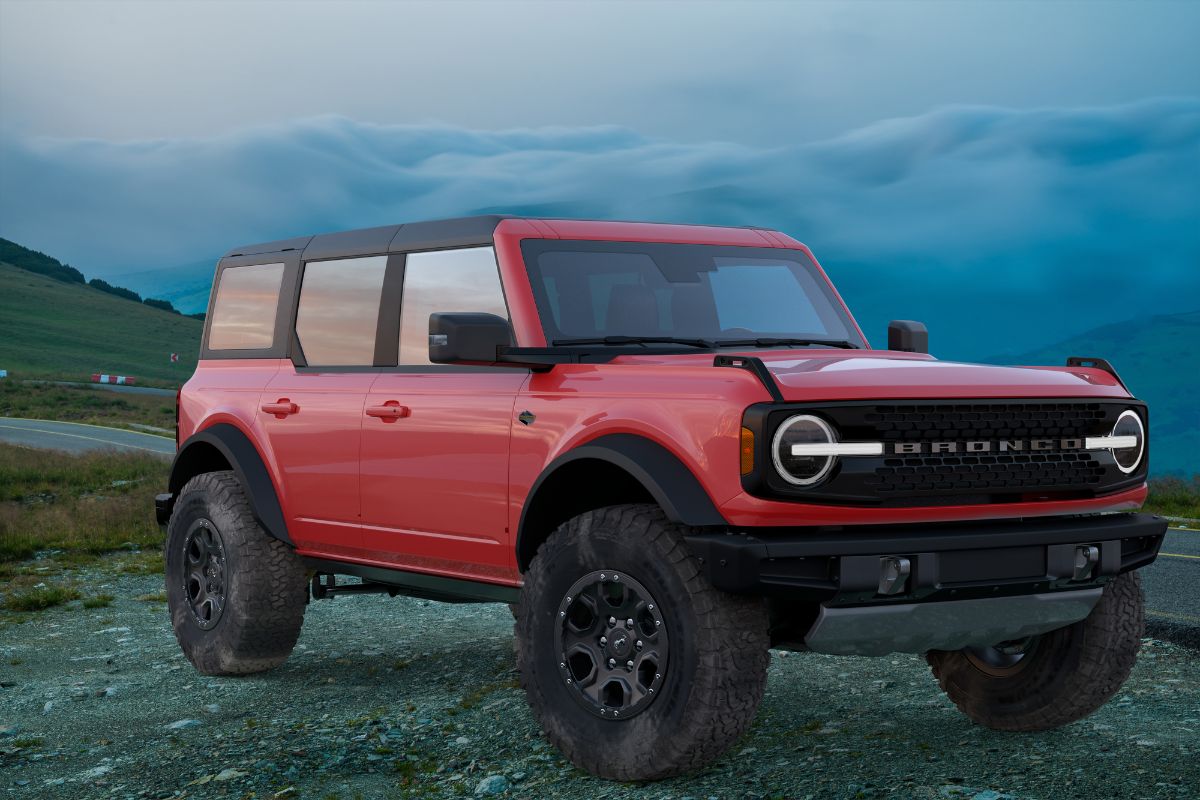 Traditional SUVs are body-on-frame as their designs were based on pickup truck platforms when they first began. Think Jeep, Chevrolet Blazer, and Ford Bronco.

A CUV is based on a car sub-frame, unibody type construction, which means the frame and body are all built together.

An excellent example of a CUV would be the Honda Passport, built on a unibody frame with a perimeter girder system that allows it to tow and light off-road use.

Other CUVs include the Kia Soul, Hyundai Koni, the Mustang Mach E, and another 50 variants of this popular body style. Unibody vehicles tend to be safer than body-on-frame vehicles.

However, if your goal is to tow a large travel trailer or boat, a full-framed SUV will better suit your needs. However, a CUV will give you ample ground clearance as a daily driver.

The all-wheel-drive will provide you with surefootedness. A CUV will cost less to purchase and operate than an SUV. 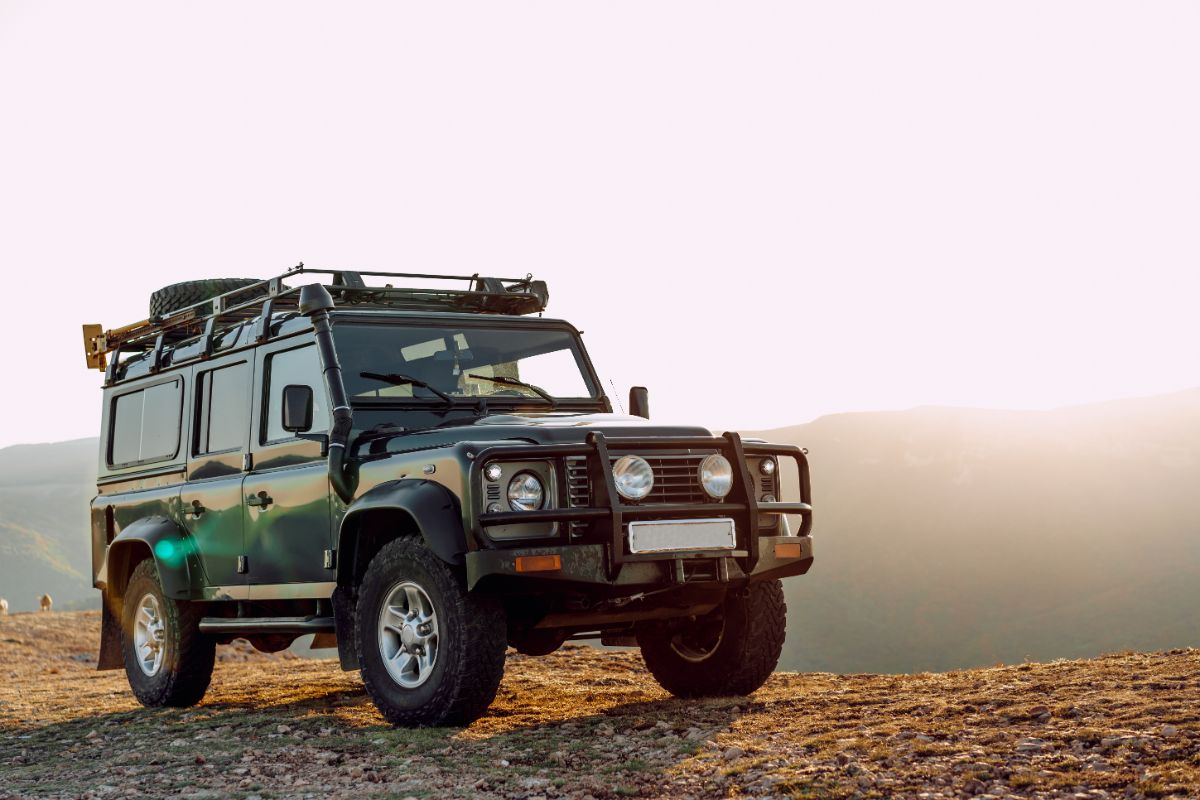 Many of today’s sport-utilities were spawned from pickup trucks. The Chevrolet Suburban is a prime example and the Tahoe that followed.

They are big, most can carry seven or more passengers, and they have the power to pull large travel trailers, boats, and tree stumps. Their body on frame construction makes them more off-roadable than their CUV counterparts.

Still, it also means they cost more and are more expensive to operate and maintain. Most of them have sizeable turbo-charged V6 or V8 engines, are built for towing and carry large amounts of weight.

Businesses often use them to transport crewmembers and for other heavy-duty work. Large families also love SUVs, like law enforcement, because sometimes you have to leave the road.

They are powered by V8s, have massive towing power, and can take you and a group across the country in comfort.

8. Vans/Minivans can move a load. 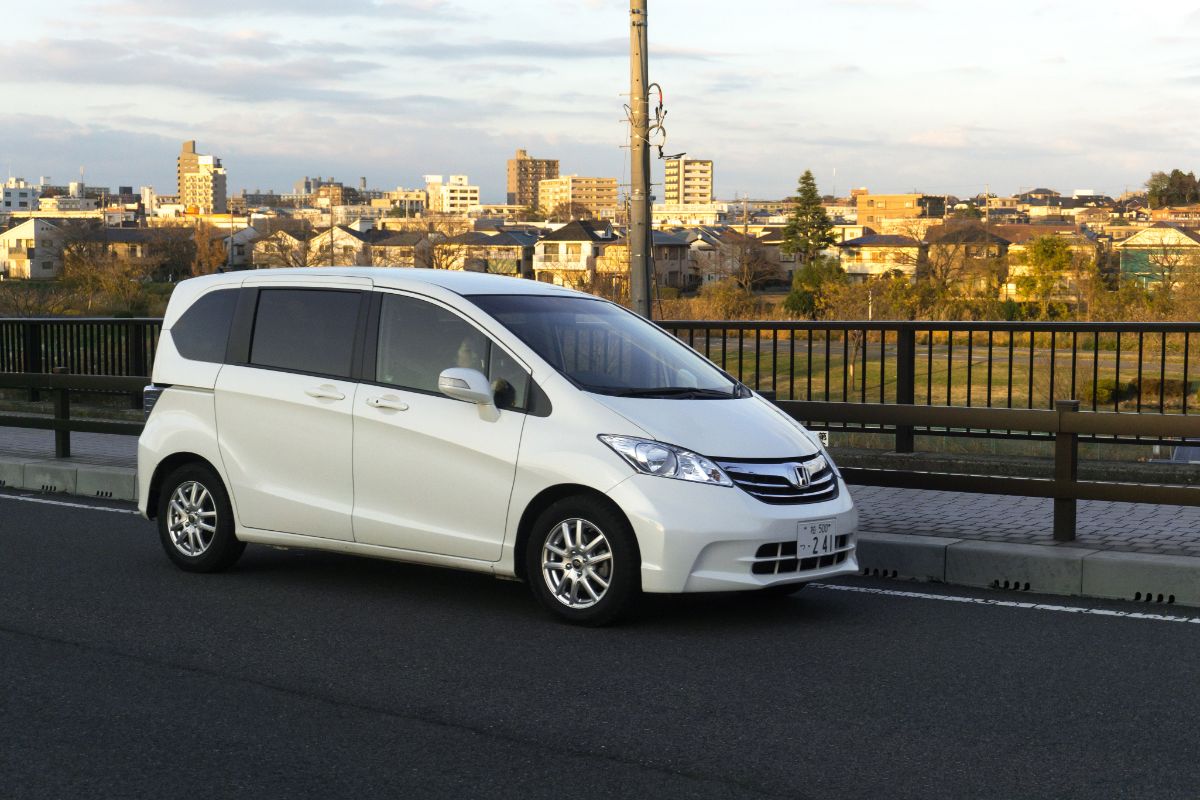 The first van was a wagon! Did you know that? Think about it, the person running from town to town in his wagon didn’t have that wagon filled with medicine; he had a bed, too, and room for his gear.

That configuration isn’t far removed from today’s vans, except for the mode of locomotion. Today’s vans use the horsepower of a motor, instead of a horse and range from minivans, to vans large enough to live in.

Whether a mini or maxi van carrying a load is their mission, and they both do it well. However, like SUVs and CUVs, many large vans are built on truck frames and can pull a trailer or a boat.

On the other hand, Minivans may be able to pull a small trailer or boat. Still, they will be limited in their load-carrying ability. 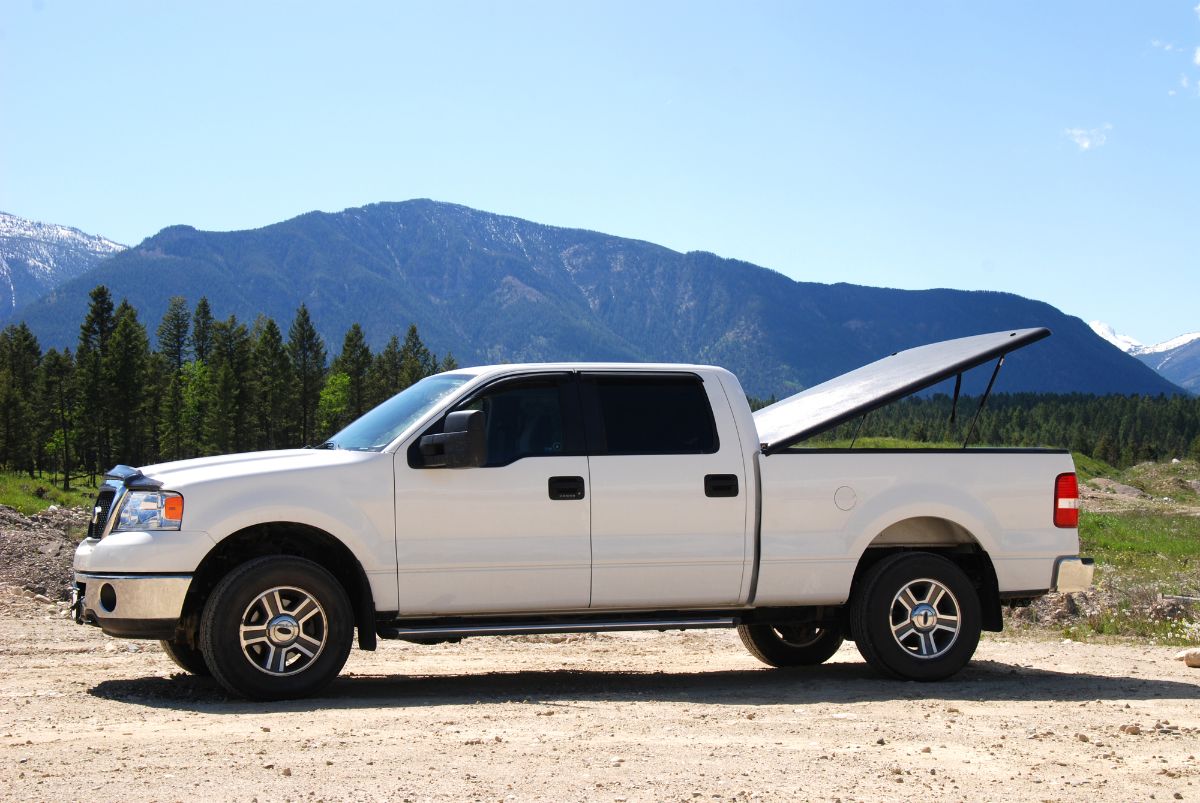 Ford built the first uni-body pickup truck between 1961 and 1963. Unfortunately, they had a short run, and only 40,500 were built. Since then, no other unibody pickup trucks have been made unless you consider the Subaru Baja.

The market in 2022 has brought three unibody pickup trucks to market: the Honda Ridgeline, Ford Maverick, and Hyundai Santa Cruz, which reminds me of the Baja.

Of this lot, the towing capacity for the Maverick is 4000 pounds, while the Hyundai Santa Cruz and Honda Ridgeline are rated at 5000.

Although that is half of what can be towed by a full-size, body-on-frame pickup truck, it is enough hauling power for most people, and if it’s not, take it up a notch.

Full-size pickups can be as luxurious as any car, will enable you to tow thousands of pounds, and comfortably travel hundreds of miles a day with relative ease. The big three, Ford, Chevrolet, and Ram, still have the most pickup truck sales.

Still, the Toyota Tundra and Nissan Titan have their following and have powerful V8 engines that give them the power to pull a large load.