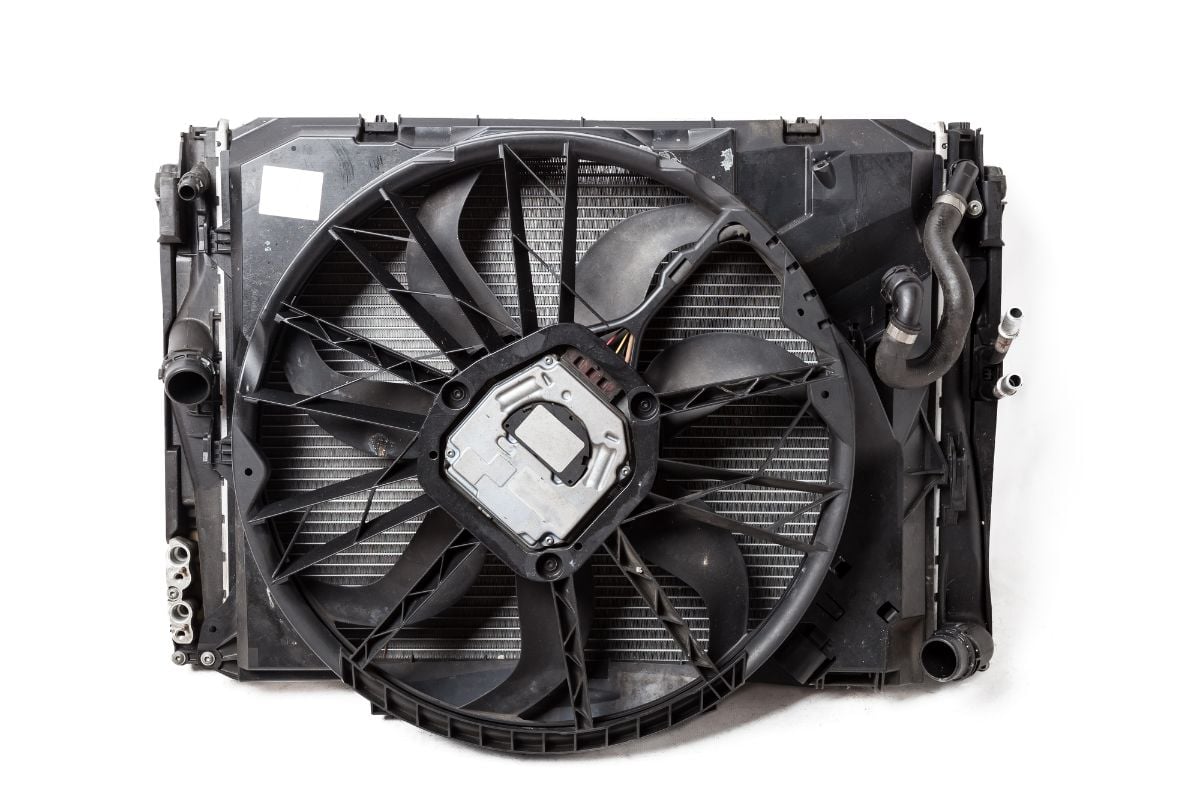 If you are like me, then you pay little attention to what goes on under the hood of a car. As long as a vehicle is able to take me from one place to another, I am satisfied.

However, there are times when it is good to know something about the parts and operations that make a car run.

Although most modern vehicles have systems that warn you when your vehicle needs maintenance or something is about to go wrong with it, you should have some insight into your car’s most important parts.

The cooling fan is one such component. This article will provide an overview of different types of cooling fans for cars and other facts relevant to this piece of equipment.

What is a cooling fan?

The cooling fan is a critical component in a car. It helps the engine run safely and effectively, and is usually used in vehicles with water-cooled engines. Cooling fans help to regulate engine temperature when your car is moving slowly or when the engine is idling.

Car cooling fans differ in construction, capability, and the material they are made of. They can be composed of metal or plastic, with molded versions of the latter being the most common.

The most important feature of a cooling fan is the amount of air it can move, or its CFM rating. The higher the CFM, the more powerful the fan.

There are different types of cooling fans for cars. Mechanical and electrical, single, dual, and universal are among the forms available. 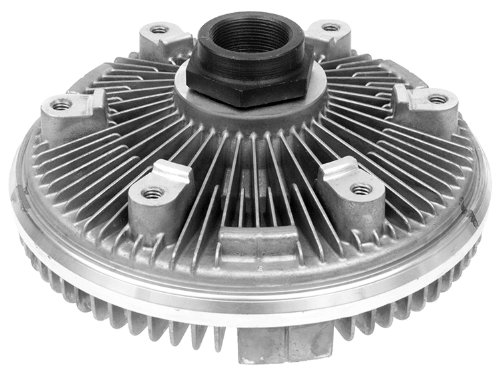 These fans are driven by the engine. They are usually mounted on what is called the water pump pulley. These fans come in two versions: clutch-based and flex. The clutch-based fan uses a thermostatic clutch to engage the flywheel.

The flex fan uses flexible blades that flatten at higher engine speeds to vary the amount of air blowing through the radiator.

Mechanical fans are quite easy to service because they contain electric parts. This type of fan is also powerful and is able to move large amounts of air. The downside to the mechanical fan is its size.

It takes up a great deal of space, which makes it unsuitable for compact cars. You will find mechanical fans mostly in older vehicles. 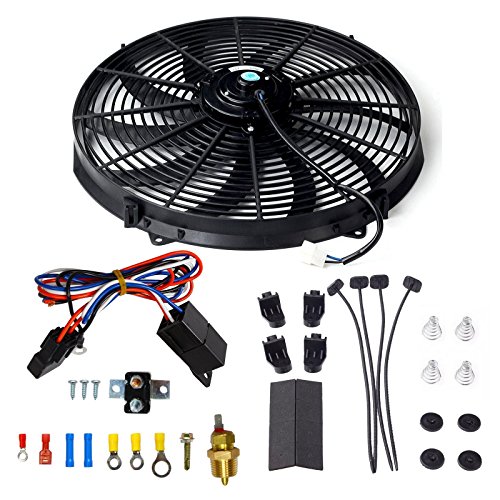 These fans use a DC motor to run rather than the car engine. The electric fan contains a relay that switches on the power circuit that gets it going. The fan also has a fuse that protects it from power surges.

The electric cooling fan is set up to rotate at any time and at the required speed. Because they the fan does not spin with the engine, it produces a more consistent airflow.

Electric fans can be turned on or off at time, which allows for a more efficient and effective cooling system. They contain no pulleys or belts and thus do not take up as much space as mechanical fans. 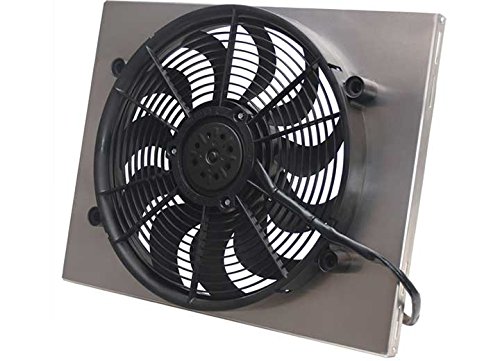 This type of cooling fan uses a one=fan setup to push air through the radiator. The configuration is good enough for the cooling needs of most engines. 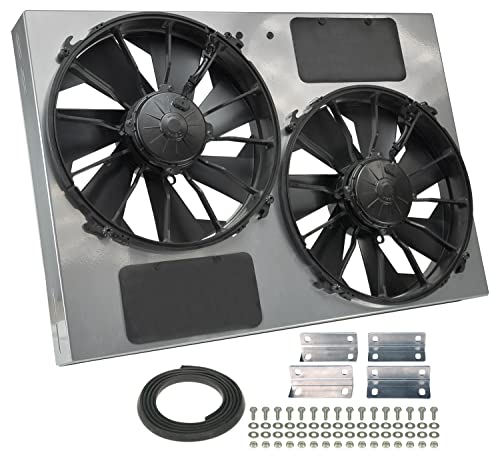 This type of fan is assembled in twos. The latter operate together to move air through the radiator core, providing a more powerful cooling effect. Dual cooling fans tend to be put into large engines that require a higher CFM rating. 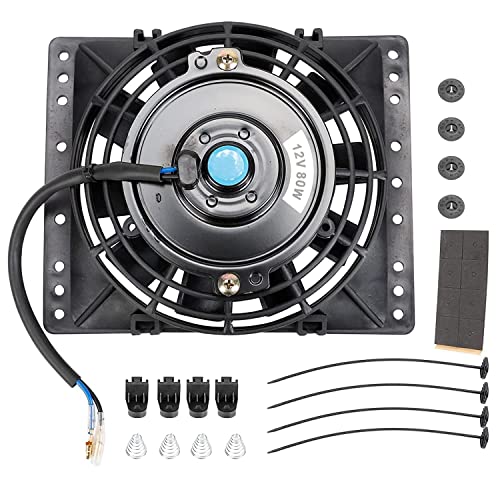 Universal fans are built to fit in vehicles of different types and models. People who like to work on cars like these types of fans because they can be used to upgrade engine systems.

How does a cooling fan work?

The function of a cooling fan is to remove heat from the coolant circulating inside the radiator. It must do this in the most efficient way possible.

That is why a great deal of thought and creativity go into the design of the blades and other parts of the fan. Without a cooling fan, your car engine would overheat and eventually stop working.

Here is how it works

A running car engine generates a lot of heat. If this heat is not removed, the engine will seize up or even blow up. To prevent this from happening, coolant is circulated through the engine. The heated coolant is then sent to a radiator to cool down.

The radiator contains narrow tubes that provide a large surface area through which heat can escape. The purpose of the cooling fan is to ensure a constant airflow that helps remove heat from the coolant before it goes back to the engine.

The cooling fan should only run when needed. A mechanical fan uses a temperature sensing clutch to engage and disengage itself. The clutch is made of a bi-metallic spring.

When the latter gets hot enough, it expands and engages the fan. When the temperature drips, the fan stops rotating. In an electric cooling fan, no such thermal clutch is needed.

It uses an electric motor, which is regulated by temperature sensors. The fan can be set to engage and disengage at specific temperatures, which makes it highly efficient.

The first modern car cooling fans were developed in the 1960s. They were clutch radiator cooling fans. These fans began to be integrated into cars in the first half of the 1970s.

This first clutch-type cooling fan came into existence to reduce waste, lower car emissions, and save energy. Before the development of this type of cooling fan, a fixed-style radiator fan was directly attached to car engines.

The radiator fans that came out in the 70s were made of brass and copper. At the time, no other materials could deliver the needed heat cooling power and remain resistant to corrosion.

By the end of this decade, new innovations in the materials used in cooling fans started to make a mark. The oil shocks of the 70s are what inspired these developments.

The rise in oil prices led not only to more expensive gas prices but a general rise in manufacturing costs—the kind of costs that would then be passed on to consumers.

This new economic reality, led to the design and production of lighter and more fuel-efficient vehicles. It also spurred the search for an alternative to the use of brass and copper in cooling fans.

The 70s were a difficult and tumultuous time. During this decade, the futures market predicted a shortage of brass and copper by the end of the 20th century if cooling fans and radiators continued to be manufactured using these materials.

These market-based predictions prompted the move to aluminium and plastic in cooling fans.  Although aluminium is cheaper and easier to produce than brass and copper, it does not dissipate heat as well and is more susceptible to corrosion.

What are the signs of a damaged cooling fan?

When should I replace my cooling fan?

Cooling fans are built to last up to 10 years. In most instances, you will trade your car in for a new one before you need to replace your cooling fan. If you encounter any of the indications above or if you continue to receive warning signs on your driver-side dashboard, then you may have a defective cooling fan. In this case, you will need to replace it as soon as possible.

Why do cooling fans need to be replaced?

Although defective cooling fans are rare, they are possible. If all the signs point to the fact that you have one, then you should replace it immediately.