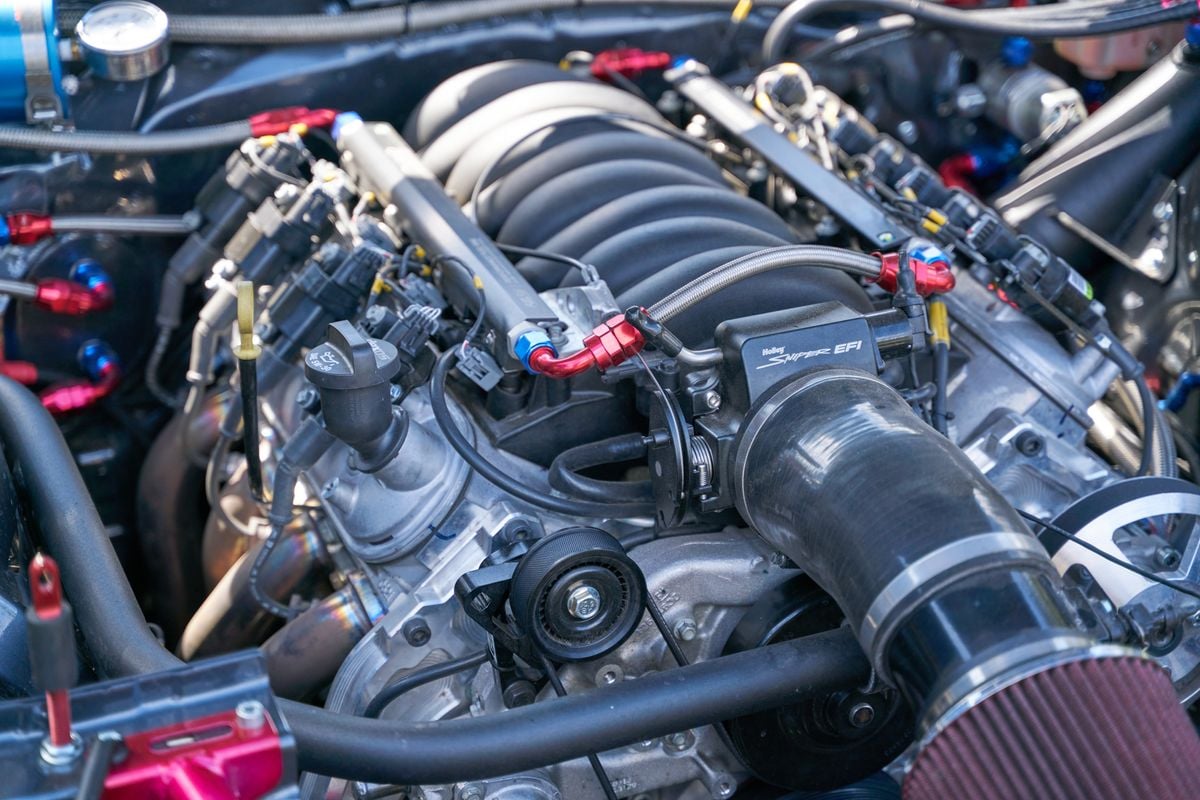 “My dad’s is bigger than your dad’s any day!”

“You should check out my dad’s? It’s way bigger, wayyy !”

“We should ask my dad to show us his bro. It’s a MONSTER!”

This shouting match between Sonny and his friend Tommy had been raging for almost a minute when, at the mention of “it’s a MONSTER!” by my Sonny,  I decided it was time I intervened.

“Hey, guys, what’s going on, what are you talking about, what’s the matter?”

When it comes to Sonny and Tommy, I have learnt not to jump to conclusions.

“Engines, dad, different types of car engines. Tommy says his dad’s car has a bigger and better engine than yours!” came Sonny’s sharp reply, “Can you believe it?”.

You can imagine my relief at Sonny’s response.  (I always have to get my mind out of the gutter with those two.)

Anyway, seeing a research activity for the two to engage in together and at the same time learn about different types of car engines, I told them to both research online the types of engines and submit to me a typed report co-authored by them before their next play date on Saturday. You should have seen the joy on the now best -friends-again’s  faces as they excitedly set about the task on Sonny’s desktop computer.

Sure enough, before the week was out, the two submitted their report to me.

The Car Engine: A Brief History 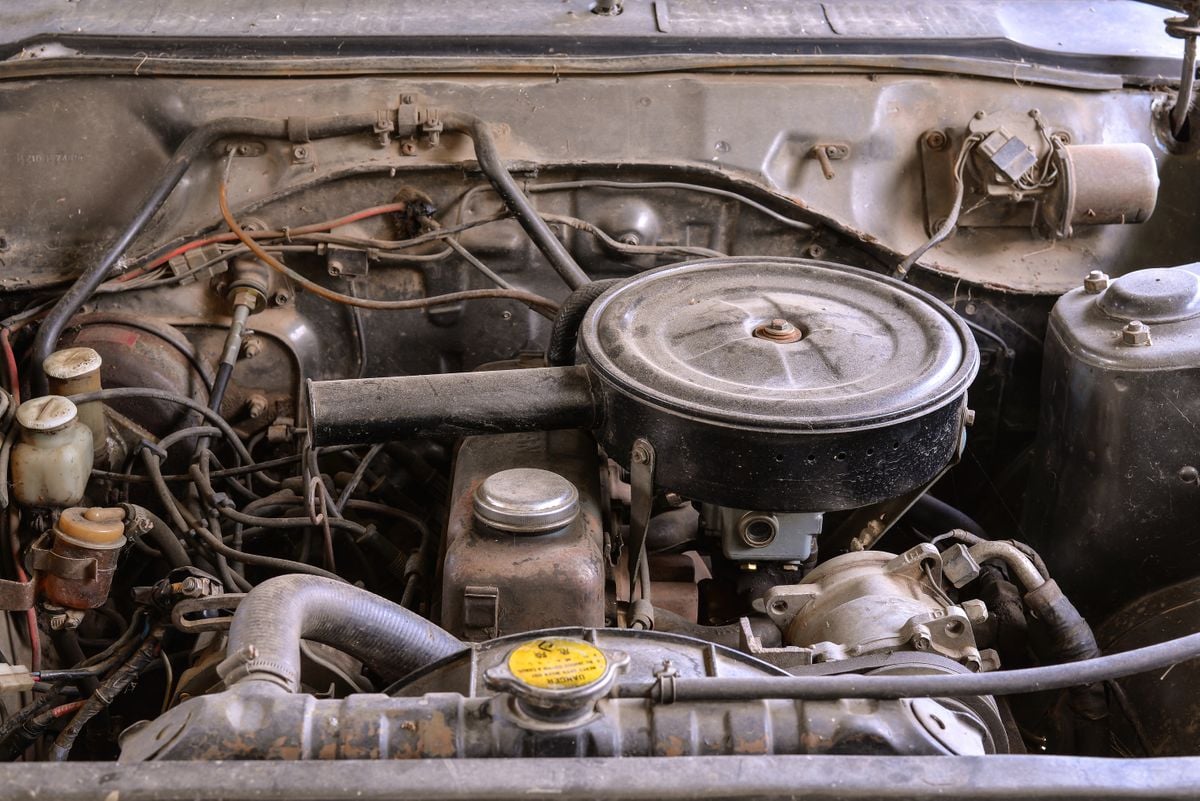 To do this, just as a heart needs a human body,  the engine also needs to be connected to a car with a transmission. Like the heart, the engine must also be cooled with water and air to keep it from overheating. Interesting, right? But where did the car engine come from  and how did it get to the stage it’s at?

In this paper, Tommy and I will first briefly look at the history of the origins of the car engine and how it initially evolved. Thereafter, we then coherently turn our attention to the two main types of engines for cars that have emerged over the years; particular emphasis being on the internal combustion type kinds, in no particular order (though I would have preferred from the latest to the earliest).  Anyway, here goes!

When it comes to car engines, it is only logical to note that their development has run behind, ahead and sometimes alongside that of the car. Historically speaking, however, the car sorta had a head start, when in 1672 a steam-powered vehicle was arguably invented (arguably because Leonardo da Vinci had sketched a mechanised, horseless cart in the 1500s). This invention of the steam-powered vehicle led to the building in 1769 by Nicholas-Joseph Cugnot of the first steam-powered automobile capable of transporting humans.

From the early nineteenth -century onwards, engine creation and development took off, in 1804 the Franco-Swiss inventor Isaac de Rivaz designed and built the de Rivaz engine, the world’s first reciprocating internal combustion engine with some features of modern-day engines. In  1826, the Englishman Samuel Brown followed when he tested the first industrially applied internal combustion gas engine. Today, Brown is considered the “Father of the gas engine”.

In 1837, another Englishman, Robert Anderson, invented the first electric car capable of running from a single chargecar . It would take almost 35years before the engine as we know it came to be.

Towards the end of the nineteenth century, the engine began to evolve rapidly, with the creation of two and four-cycle combustion gasoline engines. The first commercial liquid-fueled internal combustion engine was invented in 1872 by our very own, George Brayton of Illinois. This was followed by Nicholas Otto’s compressed-charge, four-stroke engine with Daimler Gottlieb and Wilheim Mayback in 1876.

However, it is Karl Benz of Germany who is accredited with inventing the first practically useful car with a combustion engine.

Different Types of Engines for Cars Over the years 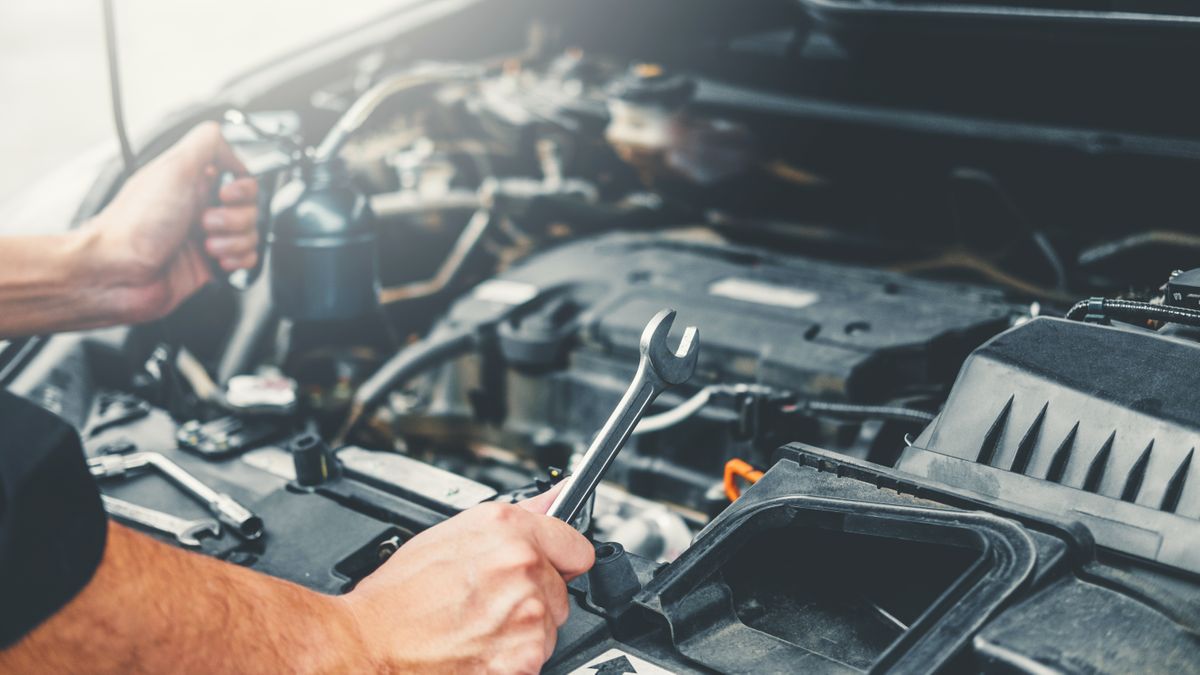 When it comes to cars, most vehicle owners prioritise either power (Tommy’s dad) or fuel-efficiency (Sonny’s dad). Consequently, over the last 200 odd years, car manufacturers have created, built and continuously developed several different kinds of engines.

In this section, starting with the internal combustion type, then external, Sonny and I will concentrate primarily on and briefly describe and explore some of the different internal combustion kinds of engines according to their classification or sub-categories. 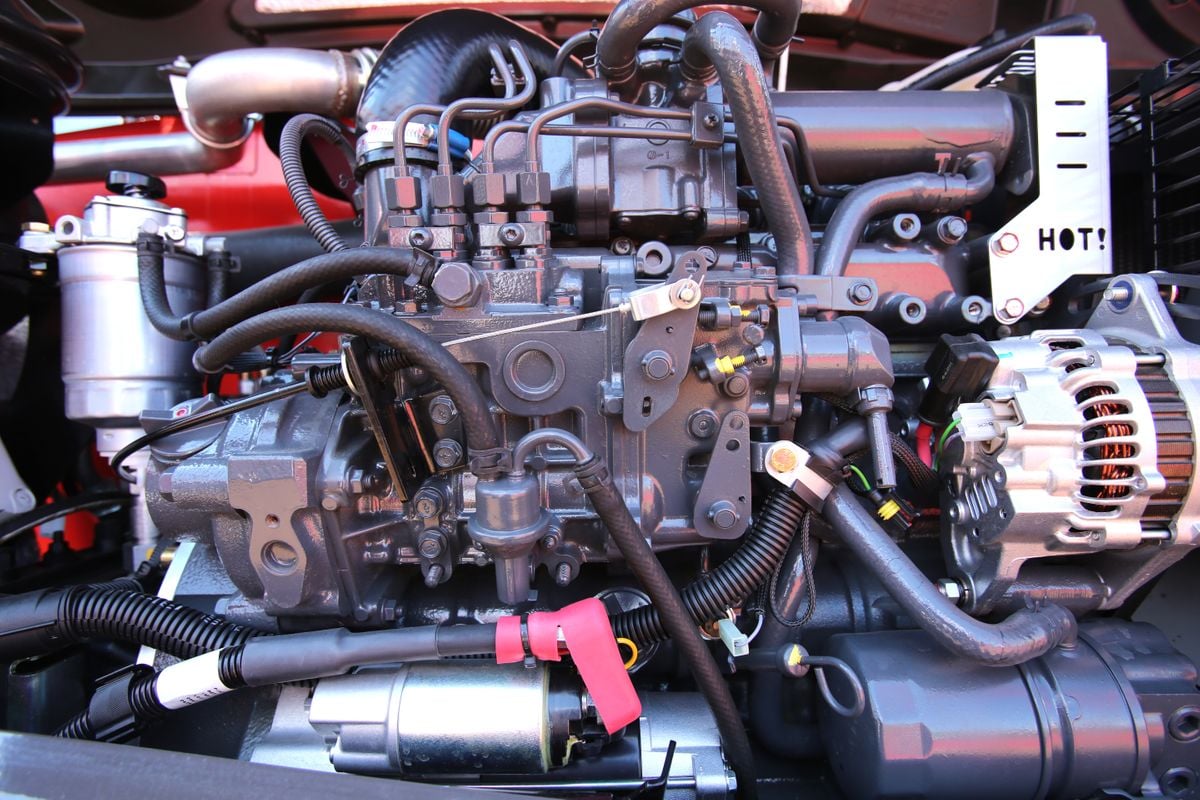 In this type of engine, the combustion of fuel takes place inside its chamber and not outside. As the fuel burns or combusts inside it, this causes the temperature and the pressure to increaseand to be applied directly to its power pistons, rotors or nozzle.  It is this transformation of chemical into force, that moves the car forward. 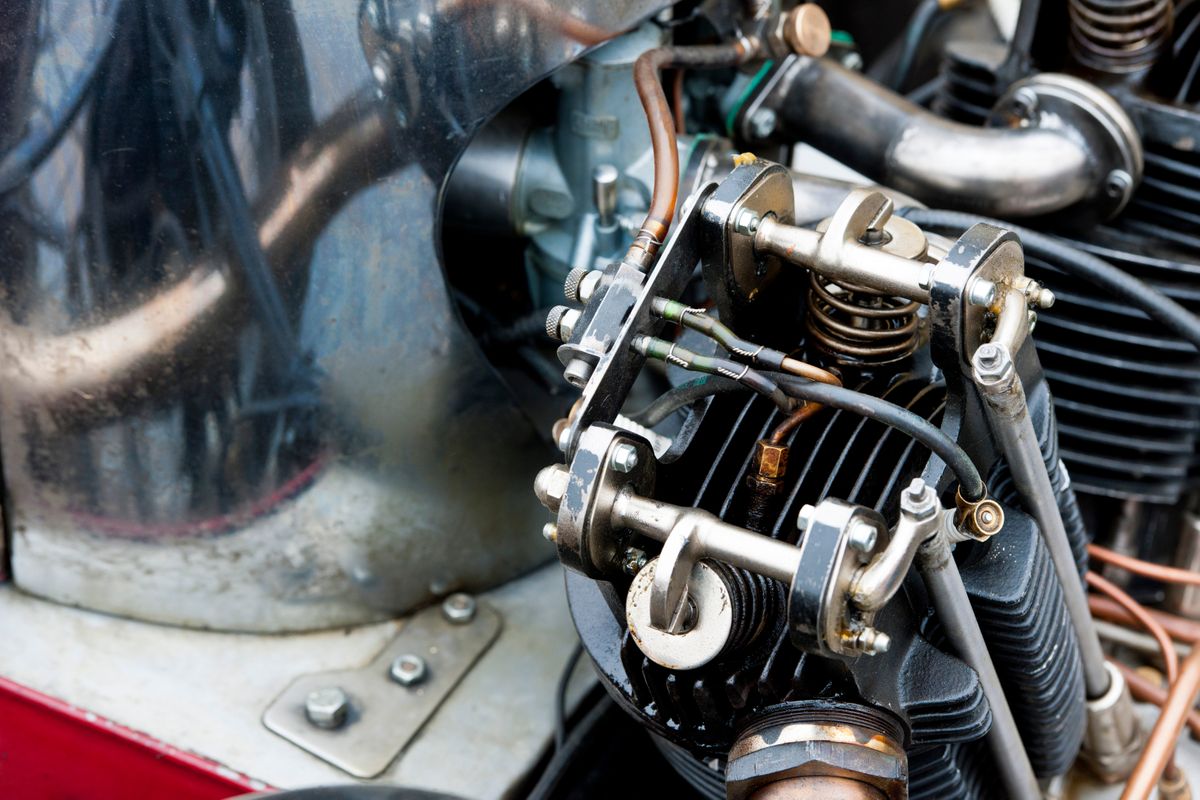 These types of engines are so called, because combustion takes place externally. They are not used in cars. As such, they are not of much interest to car-lovers like Tommy and me. For this reason we shall, at this time, briefly describe and explore some of the different internal combustion kinds of engines according to their classification or sub-categories.

When it comes to the popular internal combustion type engines for cars, they have been categorised or classified according to various aspects or considerations. This has resulted in SIX sub-categories or classification of internal combustion type car engines. These are (i) number of strokes,  (ii) design, (iii) ignition method, (iv) number of cylinders,  (v) cylinders’ arrangement and (vi) air-intake process.

Let us briefly describe and explore some of the different internal combustion kinds of engines according to their classification or sub-categories, in no particular order.

Internal Combustion Engines for Cars by Classification or Sub-category 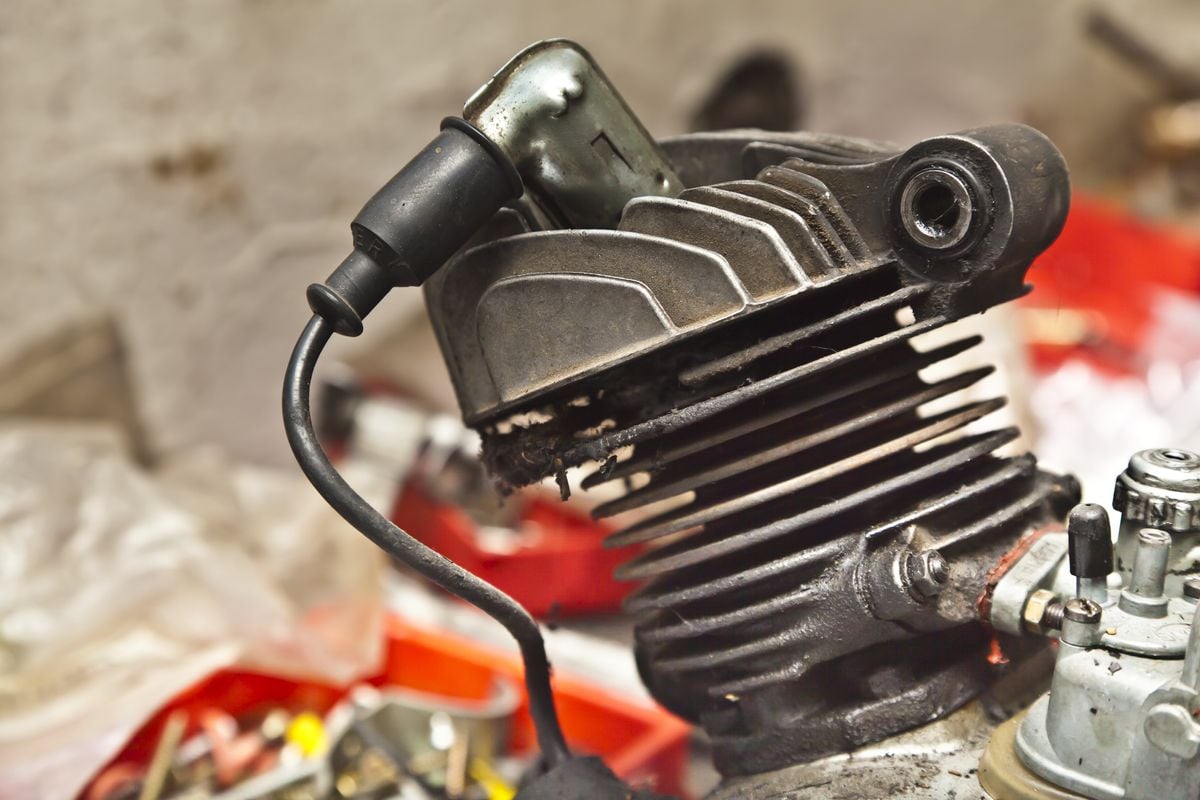 In this engine during a single fuel burn, a piston completes a power cycle with two strokes to complete one crankshaft revolution. During this process, the end and beginning of the combustion and compression strokes occur at the same time. This engine has higher torque (the amount of power that causes a car to accelerate) than a four-stroke engine. 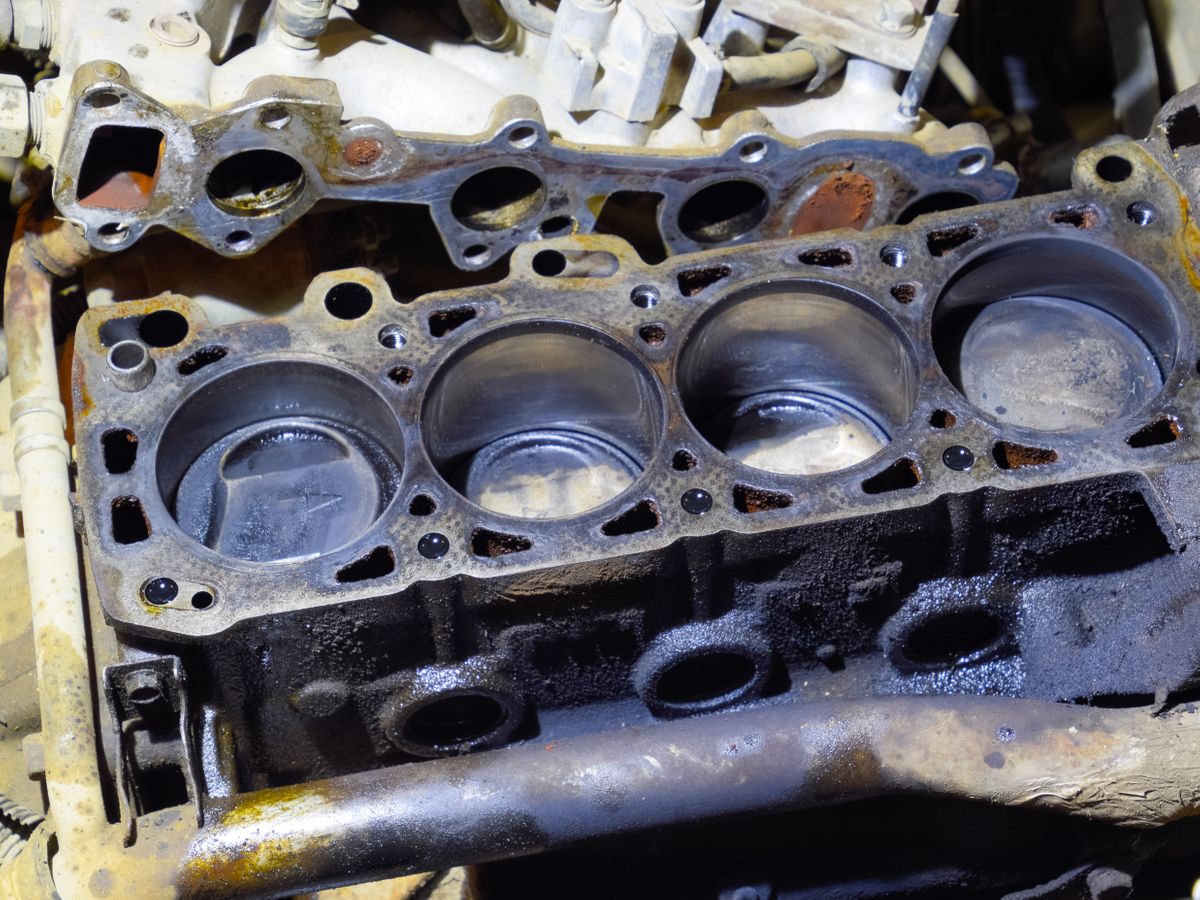 In this particular engine, the piston completes four strokes while turning a crankshaft. In it, the piston moves twice up and down inside the cylinder to complete two crankshaft revolutions. They are used in both cars and trucks. 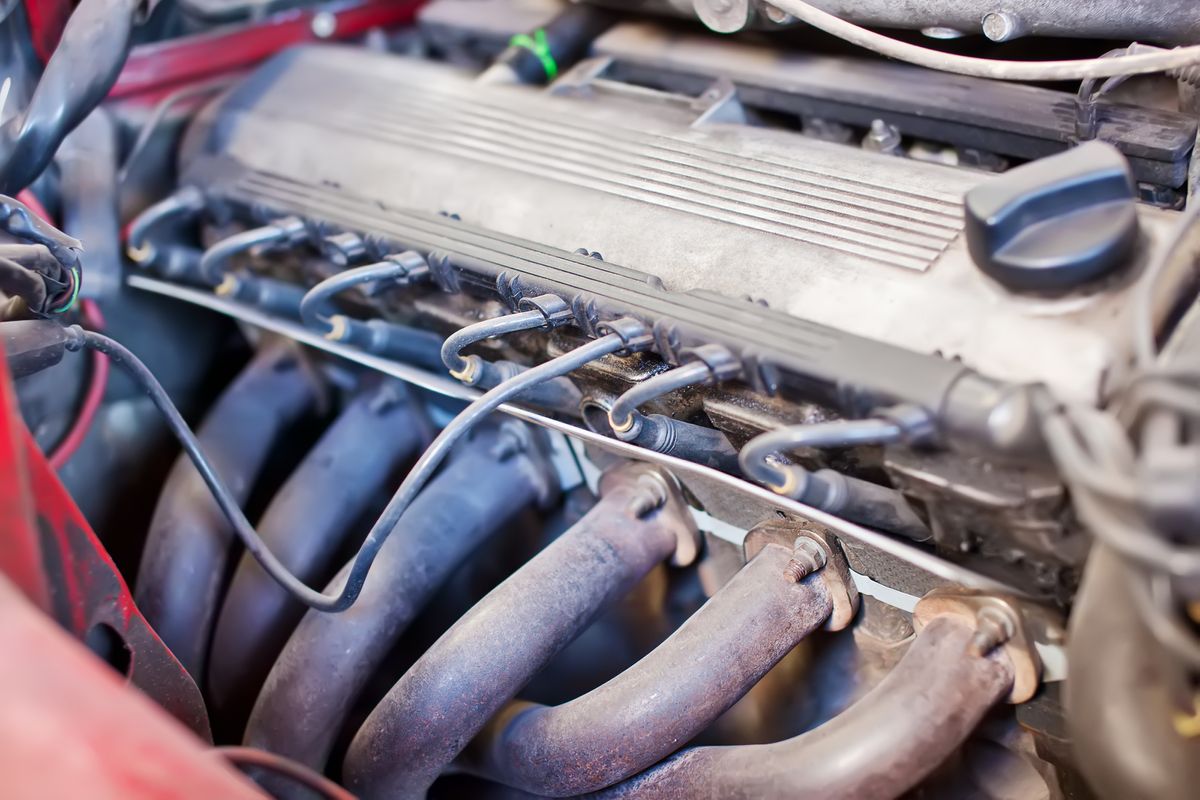 It is the latest buzz engine in research and development. This is because of its increased fuel efficiency reduced mechanical complexity and reduced emissions. 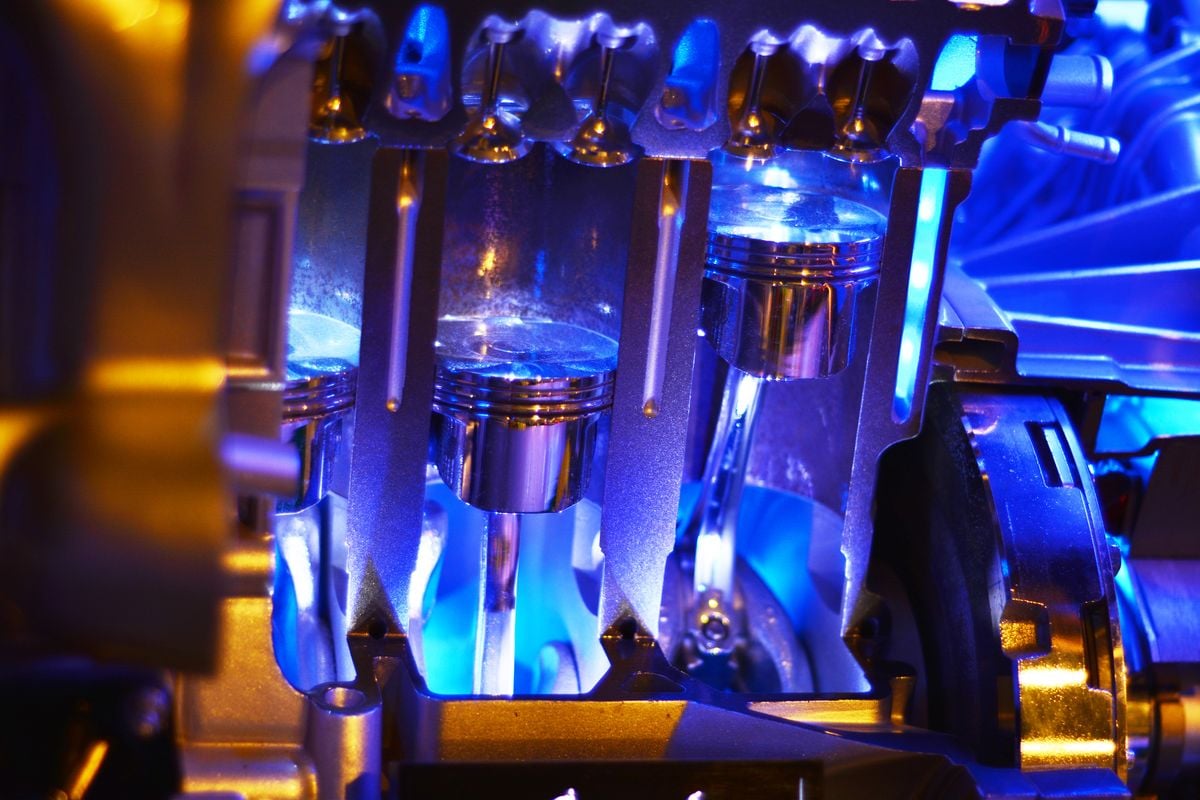 Its main part is a piston. It is this that changes pressure into rotating motion. When pressurized gas is injected and heated inside the cylinder, the piston initiates a reciprocating or to and fro motion which is then converted, with help from the crankshaft, into rotary motion.

Also known as a rotor engine because it has a rotary system in place of the usual piston. It is this rotary system that converts pressure into rotating motion. The Wankel is, apparently simple, smoother than the reciprocating engine.

Despite its fuel inefficiency and high emissions, this engine is popular among race car manufacturers because of its power pulses per revolution -but, understandably, not among  car manufacturers. 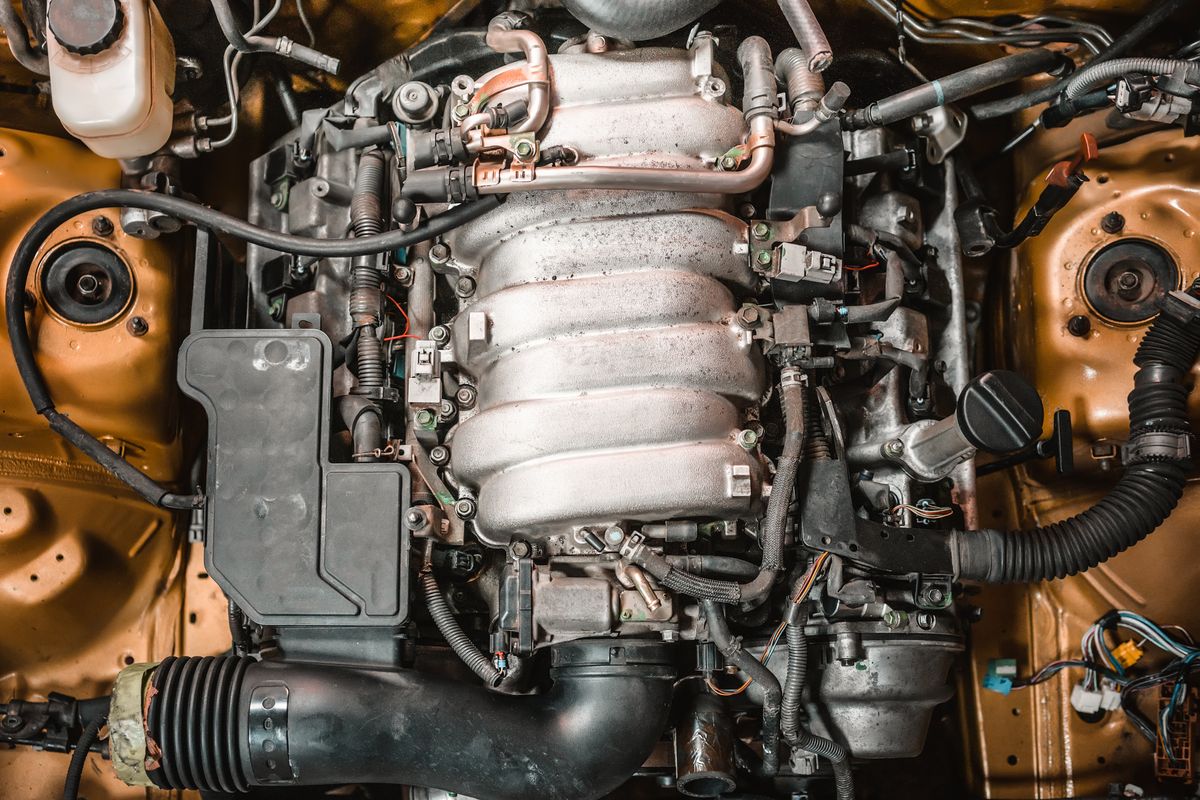 Works only by compressing air. Combustion is ignited by the high temperatures resulting from the gas or air adiabatic compression.  Diesel is a good example of such an engine. Its main advantage is higher thermodynamic efficiency and reduced parasitic load on the engine. 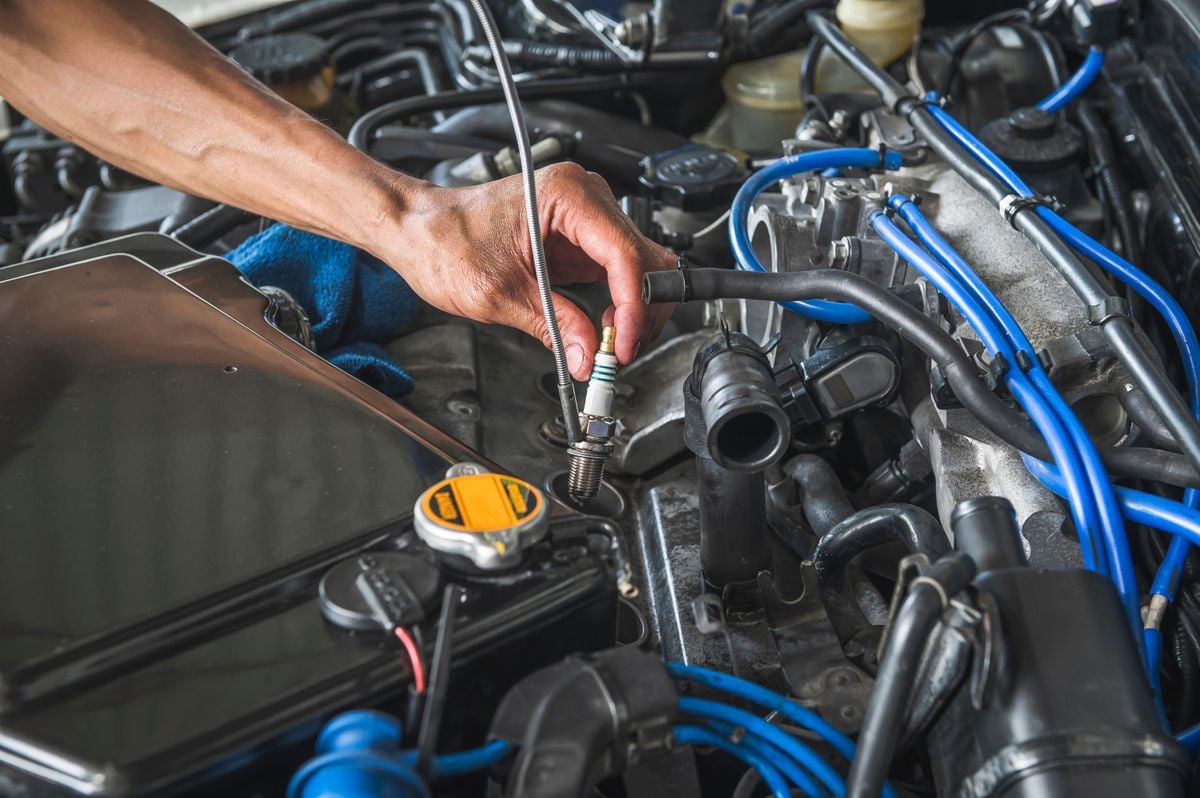 Commonly called a petrol engine because of its commonality among gasoline/petrol cars. In it, the spark plug ignites the combustion of the fuel-air mix. Interesting, this engine can also run on LPG gas, methanol, CNG, hydrogen and bioethanol, to mention but a few alternatives. 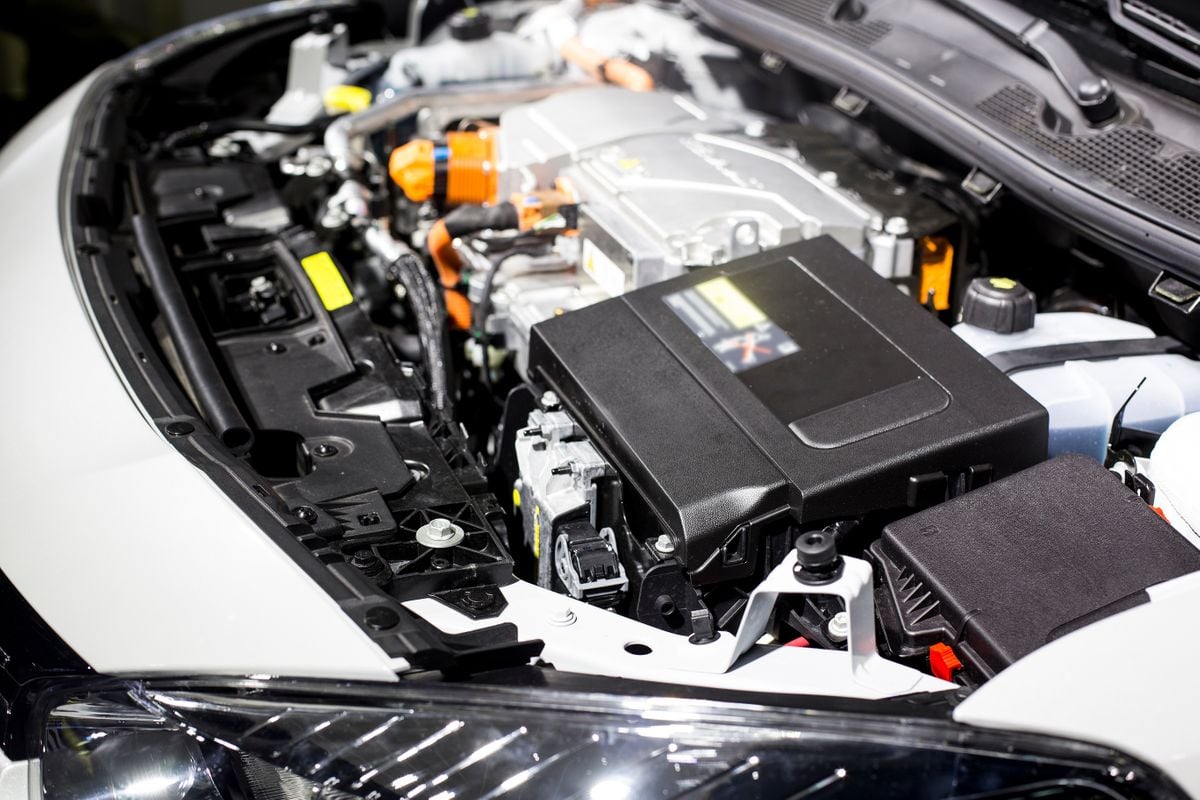 As its name suggests, power for this engine comes from their often very heavy pre-installed rechargeable Lithium-ion or Lead Acid batteries. The electric motor converts energy into mechanical energy. They are more energy efficient than conventional ICE engines at converting stored energy. 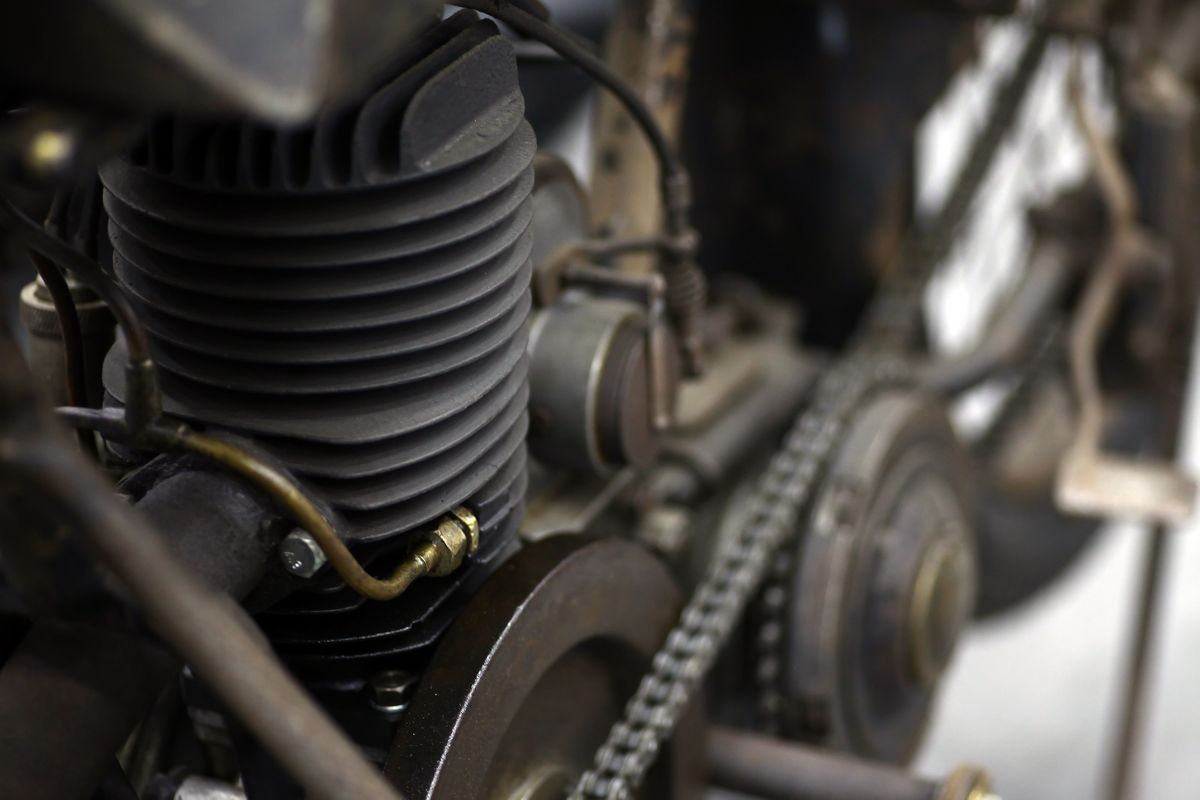 As its name  suggests, it has a sole cylinder joined to its crankshaft. It’s a compact, lightweight engine which gives it a good weight to power ratio. It features quite prominently in motorcycles, scooters and dirt bikes. 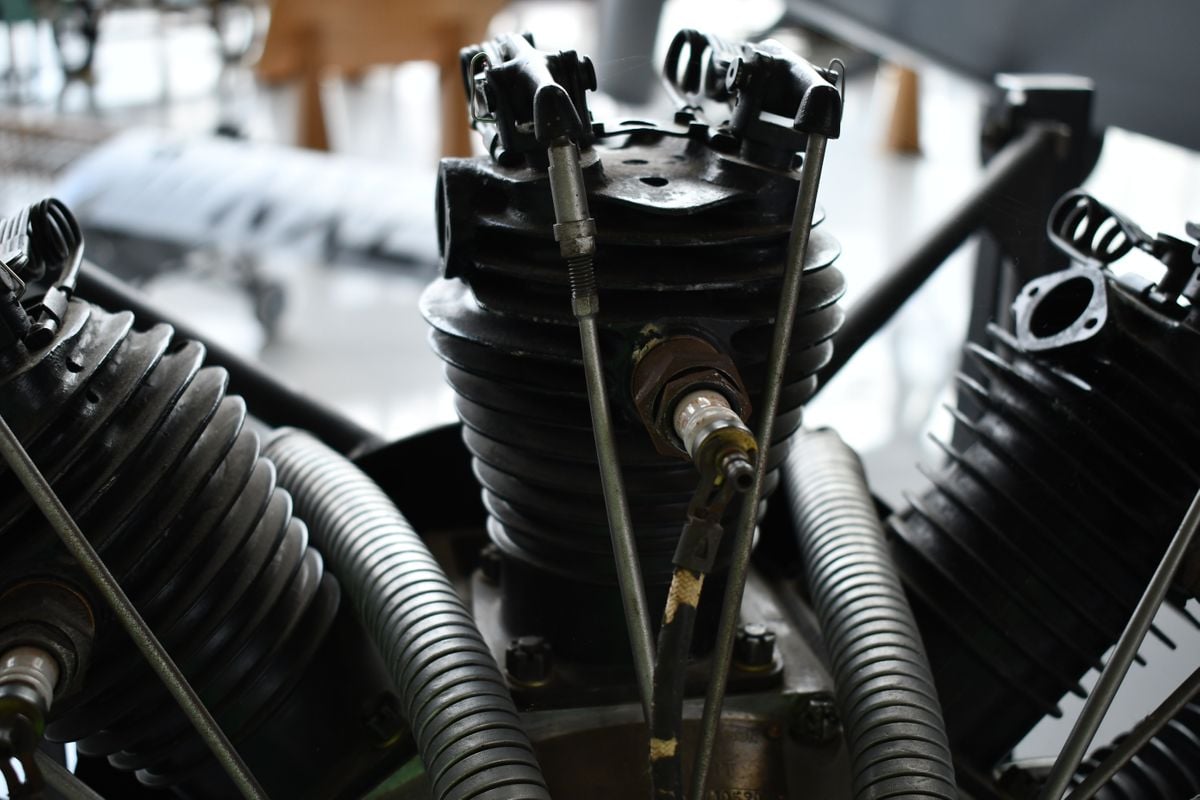 It is the opposite of the Single. It has multiple cylinders. The engine can be either a 2-stroke or 4-stroke, either diesel or spark ignition. It achieves higher revolutions per minute (RPM) than the Single. 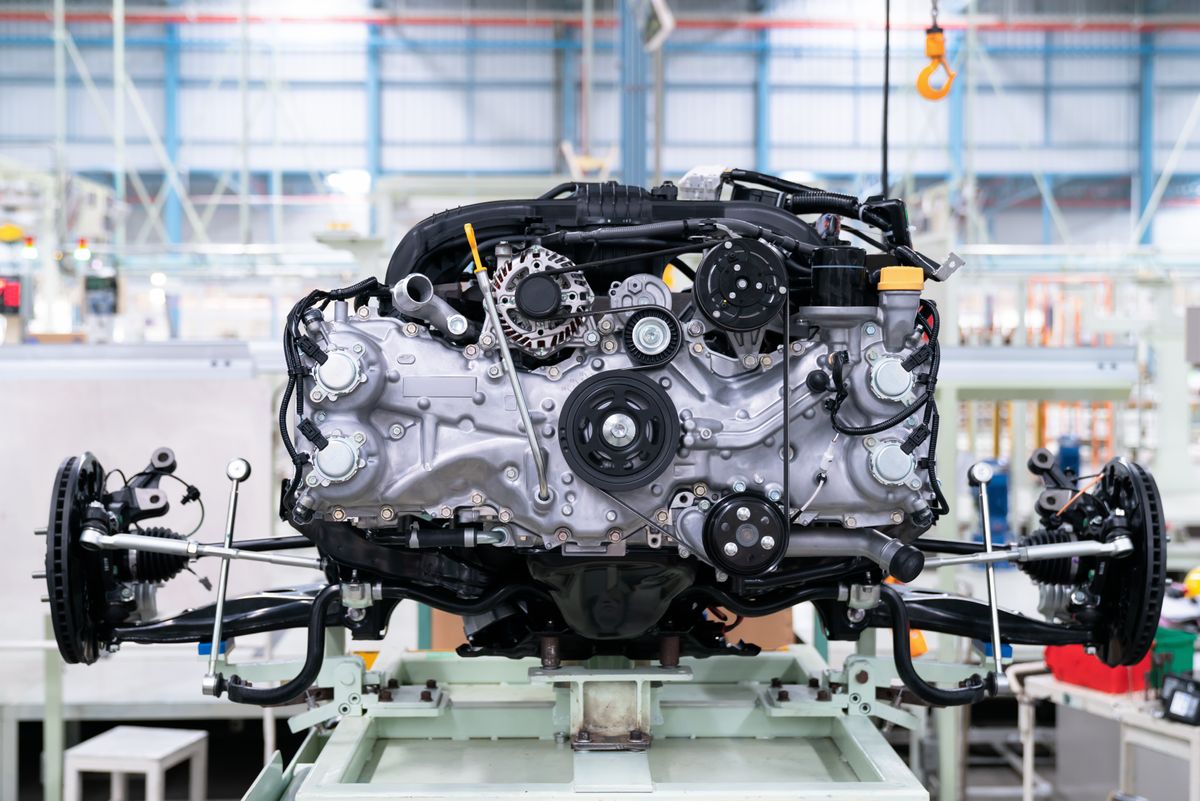 It’s all about arrangement with these engines. Cylinders can be arranged in a straight line one after the other along the length of the crankshaft or can come in its three variants. In-line four is reportedly the most popular variant in the car industry.

Apparently, this is because it is compact, fuel efficient and gives more power to weight ratio than the normal six or eight engines. 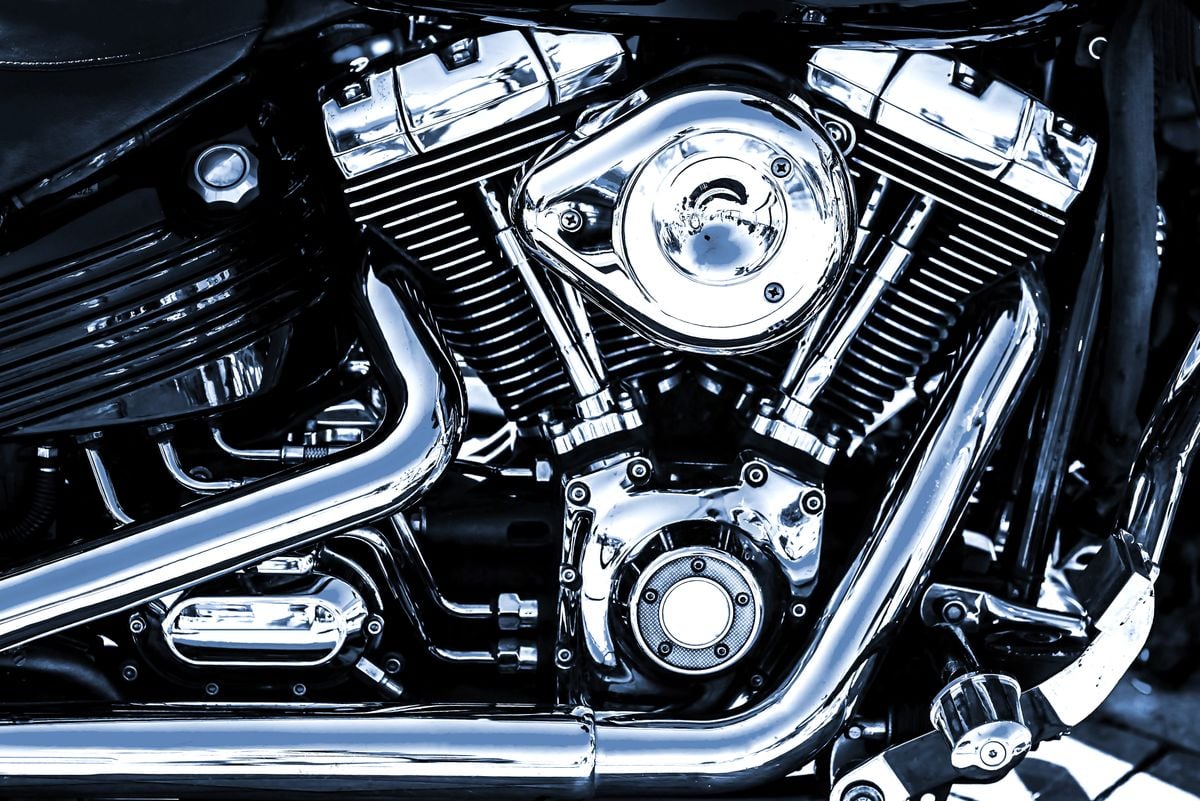 In this engine, cylinders and pistons are aligned in two separate planes to form a ‘V’ shape when viewed from the top. Its unique shape hugely reduces the overall engine weight and length compared to in-line engines. 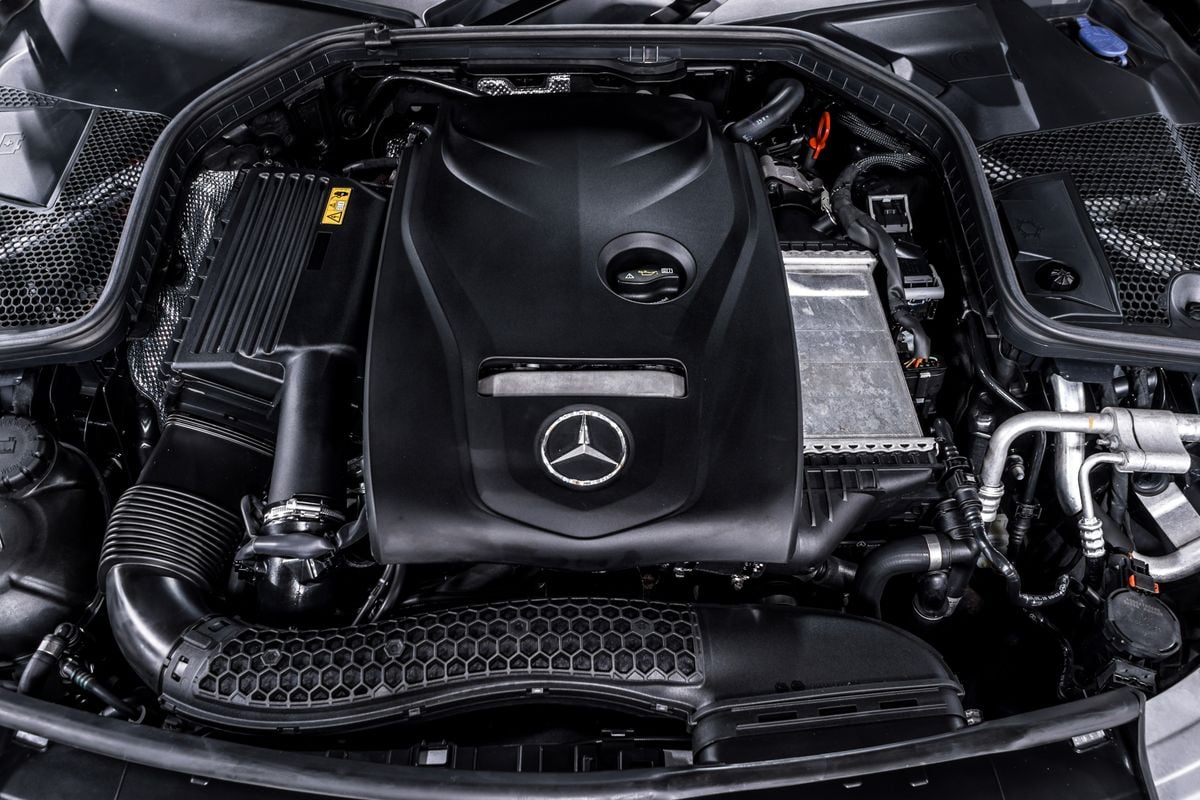 This has three different configurations of two to four banks sharing a common craankshaft or two. It’s mainly used in Volkswagen cars.

It is comprised of two cylinders with a piston at both ends. It has no cylinder head and so, no valves. Quite compact in size, it has a high power to weight ratio. 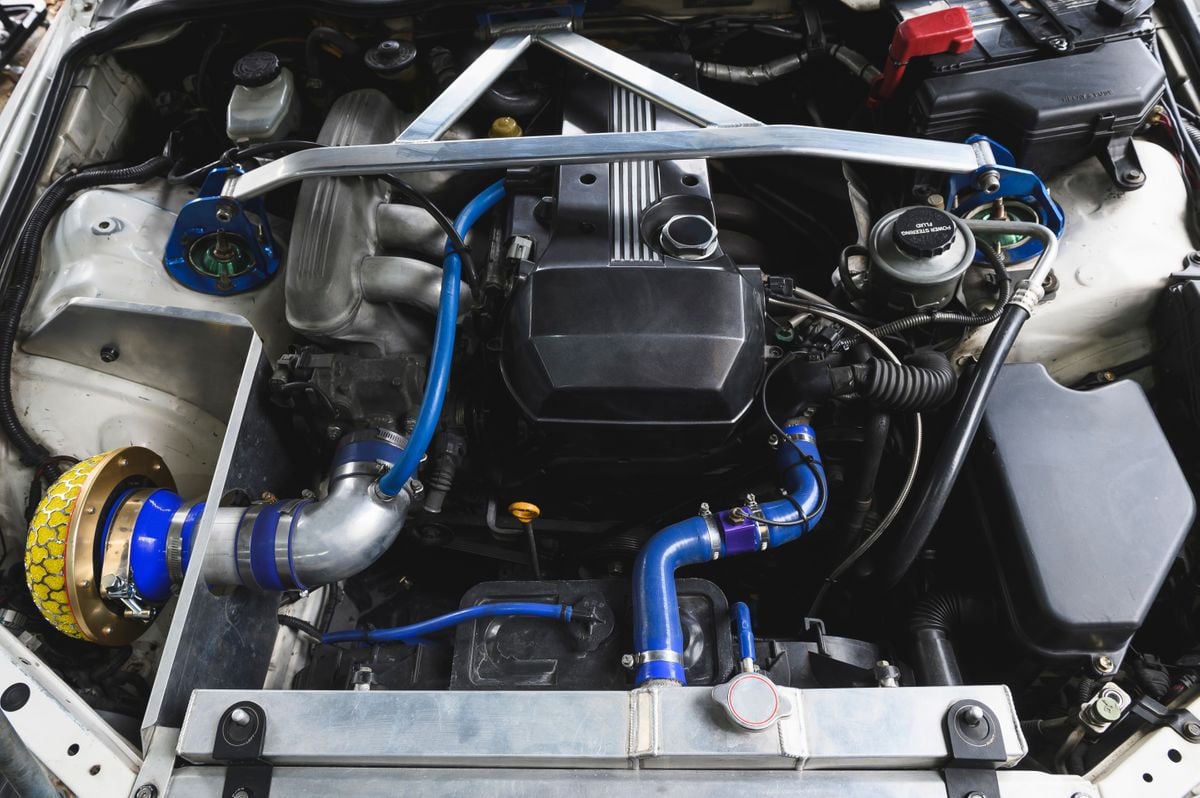 This ICE engine in which air intake depends on atmospheric pressure and on forced induction through a turbocharger or supercharger. It is common in sports that need to reduce turbo lag. Most automobile petrol engines as well non-automobile with small engines are naturally aspirated. 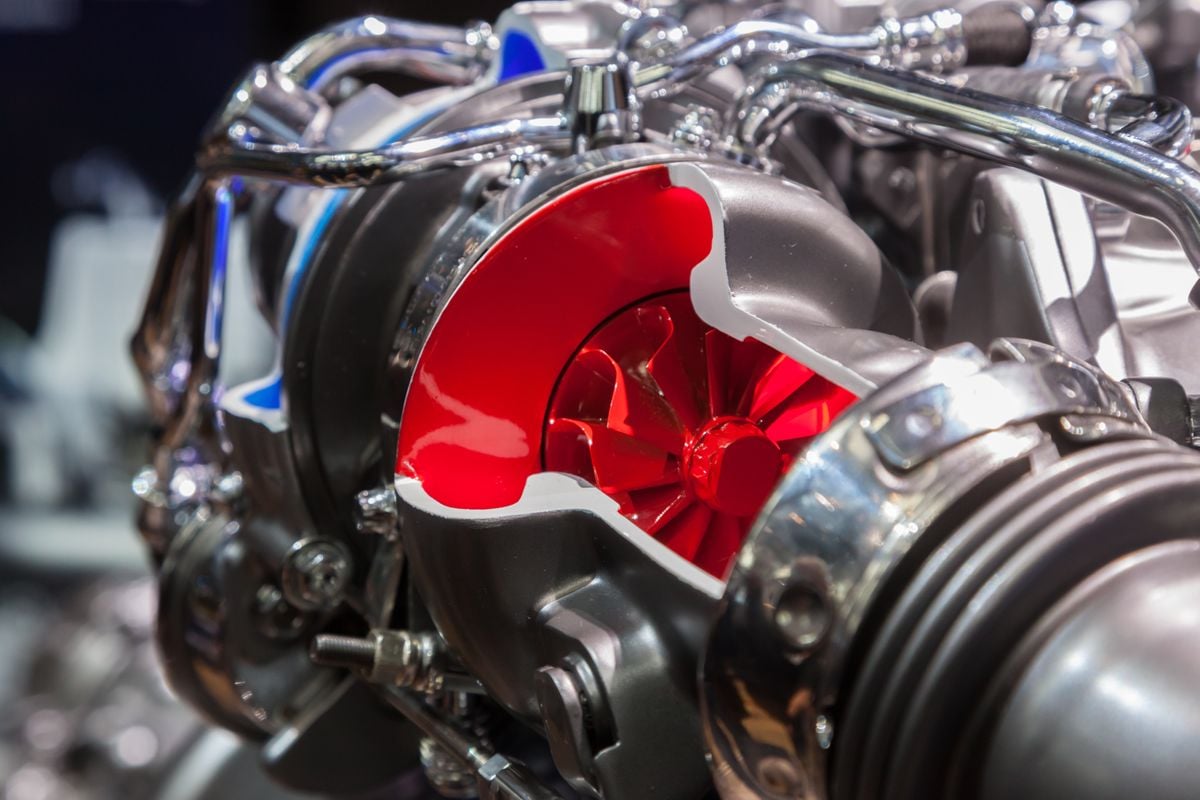 These differ from each other in that, whereas a supercharged one uses its crankshaft to drive energy and produce power, a turbochanged engine uses it exhaust steam