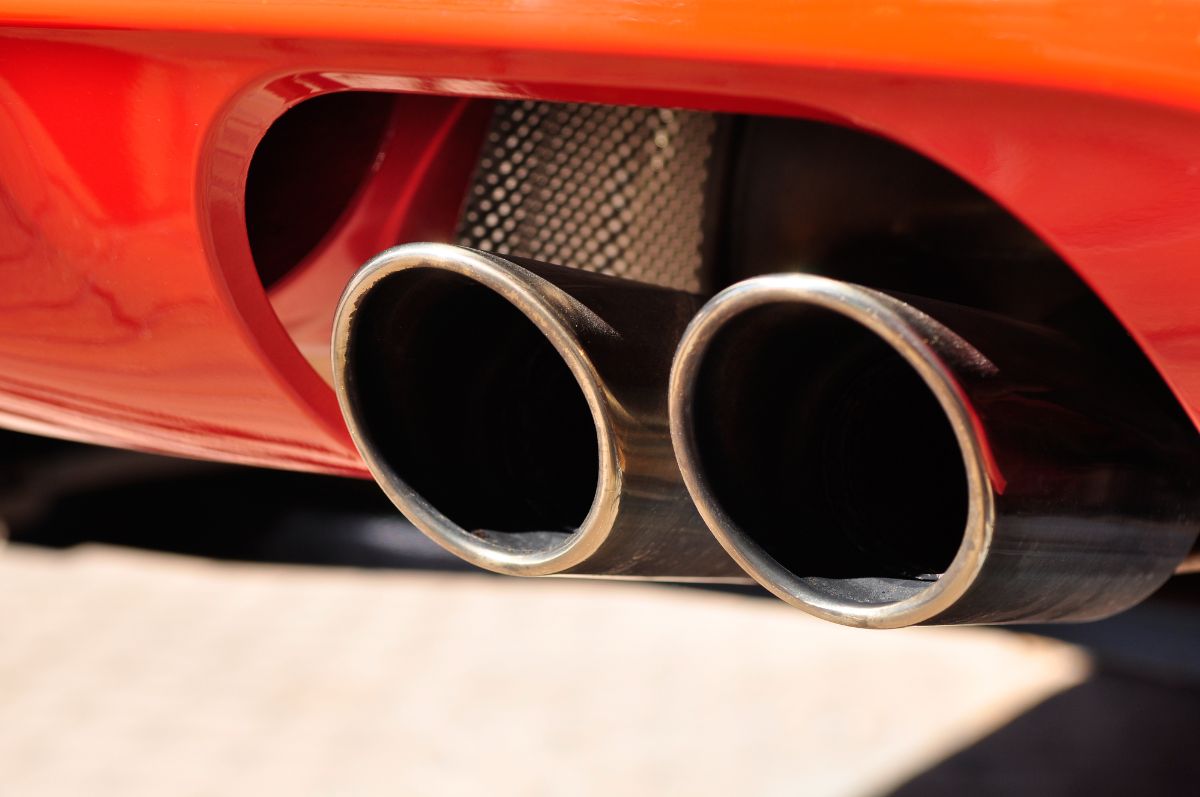 Right at the height of the pandemic, my compact SUV decided not to start. Keep in mind, I had just changed the exhaust due to a recall, addressed bearing failure issues that resulted from that, and bought a new battery.

It didn’t take me long to realize that exhaust issues can lead to a myriad of other problems with your car.

In a nutshell, of course, I told them to come and remove it from my yard.

Whether you’re a hot rodder or not, let’s take a look at the various exhaust pipes, their material, and how they function, especially if you’re planning to modify your car or simply replace your broken exhaust.

Types of Exhaust Pipes for Cars 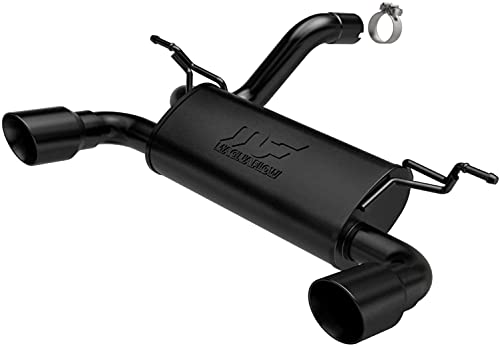 Axle-back, Cat-back, and Header-back are the three primary categories of exhaust systems.

If you opt for an aftermarket exhaust system, you’ll get either an intermediate pipe or a header, tailpipes, mufflers, catalytic converter, and crossover pipe.

As a result, these exhaust systems are more costly and more complicated to set up than similar axle-back or cat-back systems.

Exchange the exhaust system’s parts to the tailpipe from the catalytic converter. The most common components of these systems are a muffler as well as a tailpipe.

However, you could also include a mid-pipe, Y-pipe, H-pipe, or X-pipe, based on the type. There are numerous benefits to installing a cat-back exhaust system over a standard system.

Modifying your vehicle to have a cat-back exhaust configuration will enhance the level of exhaust gas flow. However, the horsepower output gained is dependent on the rest of the stock exhaust parts and catalytic converter design.

Improved fuel economy is another benefit of having a more open exhaust system. As well as producing a louder exhaust noise, cat-back systems are usually acceptable for usage because they keep the factory catalytic converters in place.

Exhaust parts from the tip to the rear axle are included in an axle-back exhaust system. There are many advantages to using an axle-back system instead of a cat-back or header-back system. 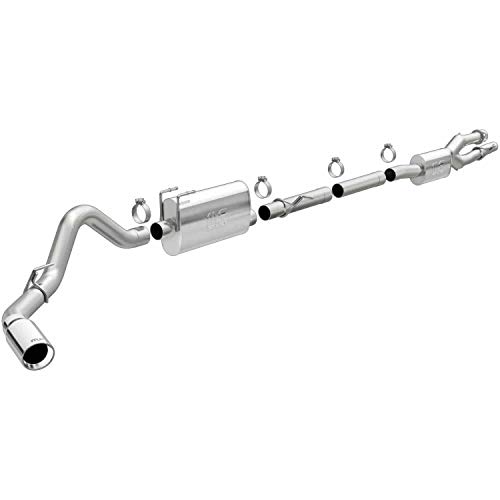 Compared to cat-back or header-back systems, a nicely-designed axle-back exhaust configuration can increase horsepower while costing less. You can get the sound and performance you want from axle-back exhausts, which are quicker to install and more convenient to use. 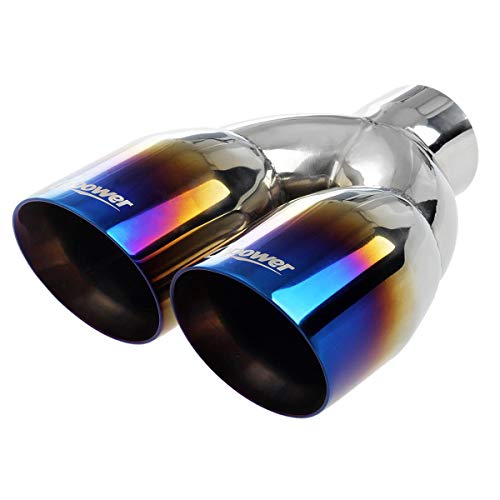 When deciding on an exhaust system, the configuration should also be taken into account. One of the most common configurations is a two-way crossover.

The most frequent configuration is a single exhaust system. When using this system, the vehicle’s muffler and exhaust tip leave behind the rear axle, rather than through the front.

The bigger pipe sizes and less hampering mandrel bends of aftermarket exhaust pipes will deliver a substantial performance boost on overstock. Compared to true dual-rear exhaust systems, they are often less costly and lower in weight.

Single exhausts have been given a new twist with the introduction of dual exits. The muffler, converter, and headpiece are all part of a single system, yet two exhaust points emerge from the muffler on these systems.

Some hot rodders appreciate the enhanced performance impression of the dual tips, although there is no real advantage to this arrangement.

Dual exhaust systems are among the most prominent within the hot rodding community. There are separate pipes that extend right back to the exhaust tips from the headers, in addition to two mufflers and two catalytic converters with their exhaust tips.

The sporty appearance, the unique growl of dual mufflers, and the high-flow abilities of two distinct exhaust channels for each engine cylinder bank are some of the reasons a lot of performance aficionados like this design.

Dual exhaust systems have one major drawback: the potential for an imbalance of pressure between the exhaust systems. An engine cylinder can back up as well as produce reduced horsepower if that backpressure is unstable.

A specific “crossover” is used in dual crossover systems to avoid this issue. It lets exhaust gases flow easily between both sets of pipes, leveling out the flow from the exhaust flow while removing additional back pressure on one section of the vehicle.

However, the dual crossover exhaust system has been widely recognized as the highest performance exhaust, but this may necessitate further modifications for optimum fit.

Alternative exhaust layouts, such as side exit exhausts plus dual rear exhausts with a single muffler, are available from some manufacturers.

You should check out a comprehensive selection of exhaust systems for additional information on what each manufacturer has to offer.

Some places sell stainless steel and mild steel aftermarket exhaust systems, both of which are built of the same alloy. The low cost of an exhaust system created from mild steel is unquestionably its greatest asset.

These systems are less expensive, but over time they will corrode. Stainless steel is suitable for exhaust systems in rainy or snowy locations because it is resistant to corrosion.

Choosing Between Mandrel and Crush Bends for Your Exhaust System 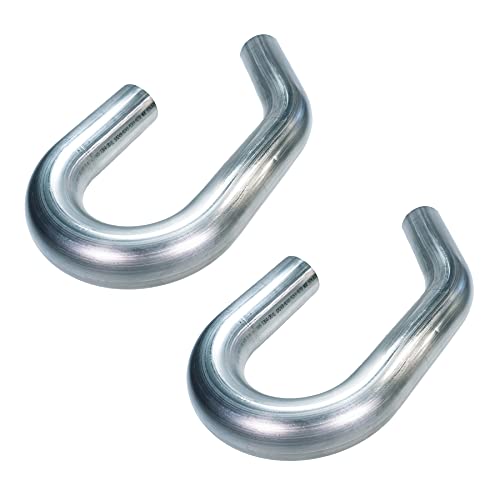 When it comes to hot rodding, what is it about aftermarket exhaust systems that makes them so outstanding?

The pipe’s diameter is the first thing you notice when comparing an OEM exhaust to an aftermarket one. Aftermarket exhaust systems come in a variety of diameters, each with its own set of advantages and disadvantages.

There are systems, however, that have greater diameter options to move more air. You can get assistance from a sales expert in determining the suitable diameter for your vehicle by providing information on the engine size, rpm, and intended use.

The pipe bends are the second main distinction between standard and aftermarket exhaust systems. To make stock exhaust pipes, crush bending is the most common method.

It’s quick and easy, but the pipe bends are restricted by crush bending, which reduces performance. Mandrel bending is a technique used by aftermarket exhaust producers to get around these limitations.

A flexible rod is put into the exhaust pipe as part of this procedure. To avoid collapsing the pipe walls, this flexible rod serves as a buffer. Consistent pipe diameter is achieved with no kinks in the bends as a result.

As far as possible, the exhaust system on your car is designed to keep the noise level down. As a result, your engine’s exhaust gas flow is restricted, resulting in backpressure. To function effectively, most engines require a small amount of backpressure.

Instead of using that power to propel the car forward, the engine must instead utilize some of the torque it produces to force exhaust gases out of the tailpipe.

Replace the factory exhaust with less restrictive performance exhaust components if you want to reclaim some of that lost power. An overview of exhaust systems and components, as well as various upgrade possibilities, is in order. 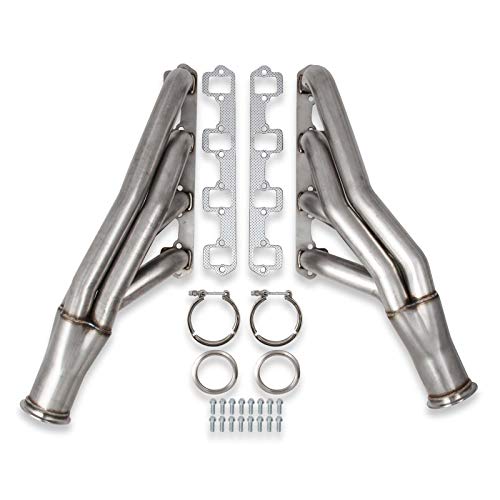 It’s important to note that the first part of your exhaust system to deal with the scavenging of combustion chamber exhaust gases is the header (also known as an exhaust manifold in stock form).

To reduce exhaust restriction, mandrel-bent aftermarket headers are commonly used. This allows exhaust gas to flow freely from the engine.

As a result, backpressure is reduced, and the exhaust flow velocity can be increased to the point where energy pulses can be generated to remove the engine’s spent gases or scavenge them.

Full-length and “shorty” headers are available, as well as Tri-Y and 4-in-1 configurations. In a subsequent piece, we’ll go into greater detail on how to pick the ideal style for your vehicle. 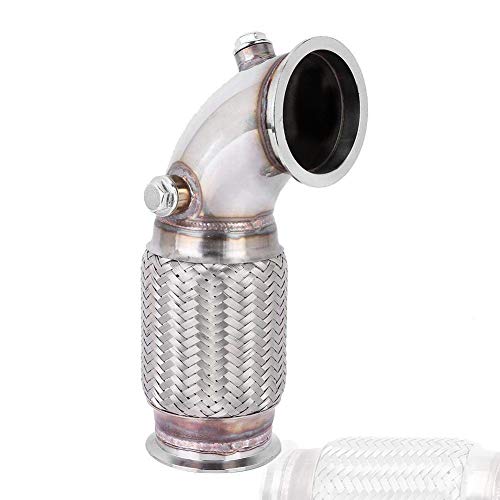 Downpipes, which are sometimes known as header pipes, are used to connect the headers to the mufflers. Depending on the application, the catalytic converter may interrupt a downpipe between these two places. 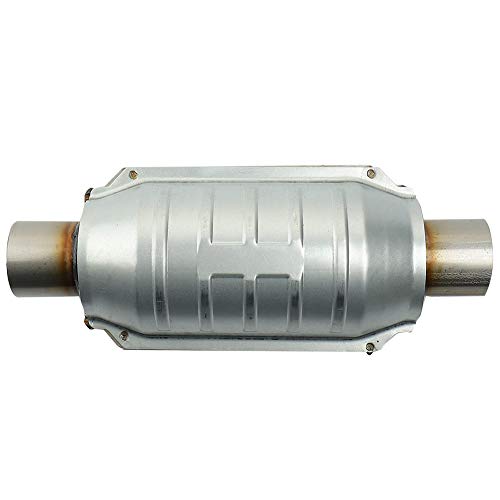 Catalytic converters (often referred to as “cats”) are commonly used in vehicles manufactured after 1975. Your car’s catalytic converter, on the other hand, does more than just mute noise; it also reduces the number of toxic emissions your car emits into the air.

Catalytic converters are used to remove harmful pollutants from the exhaust stream. It’s mandatory. These air fresheners are mandated by both state and federal law if you’re driving on public highways.

Exhaust gases pass between two honeycombs made of ceramic inside the cat, both of which are often coated with a blend of precious metals, and then out the other side into the atmosphere.

This chemical reaction occurs when the exhaust gases from your vehicle touch the coating, resulting in water, oxygen, carbon dioxide, and nitrogen being released into the environment. 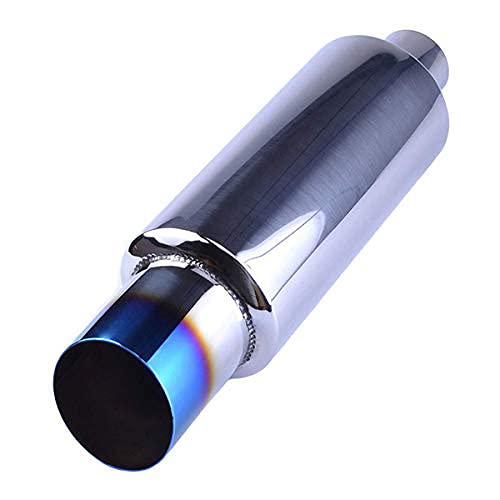 The muffler is responsible for reducing exhaust noise and is a well-known part of the exhaust system. Even though it sounds easy, the job of a muffler is quite complex.

5. A good performance exhaust tone should be provided by an aftermarket muffler, but excessive back pressure should be avoided. 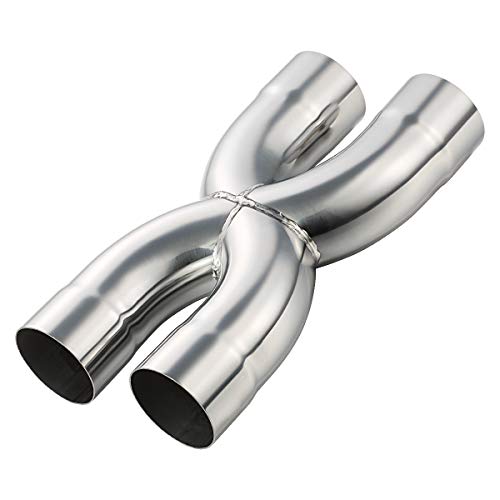 Crossover pipes, which are often installed near the headers, help to equalize the exhaust flow between the two cylinder banks by providing a path for pulses of exhaust to pass between the two sides of the dual exhaust system. 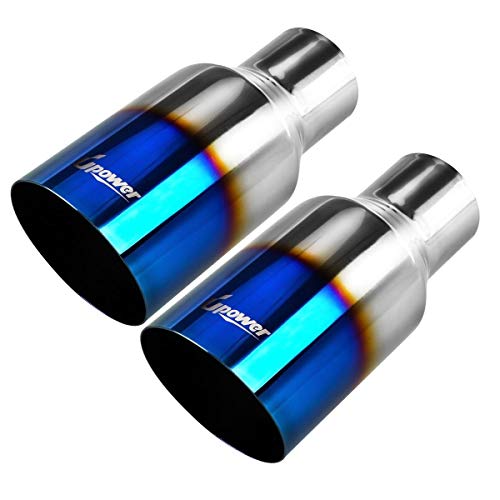 The tailpipe is often the final component of the exhaust system. It extends from your vehicle’s muffler to the rear or side.

Several aftermarket exhaust manufacturers use chrome exhaust tips or polished exhaust tips to finish off their tailpipes. Exhaust tips can also be purchased separately in a variety of colors and forms.