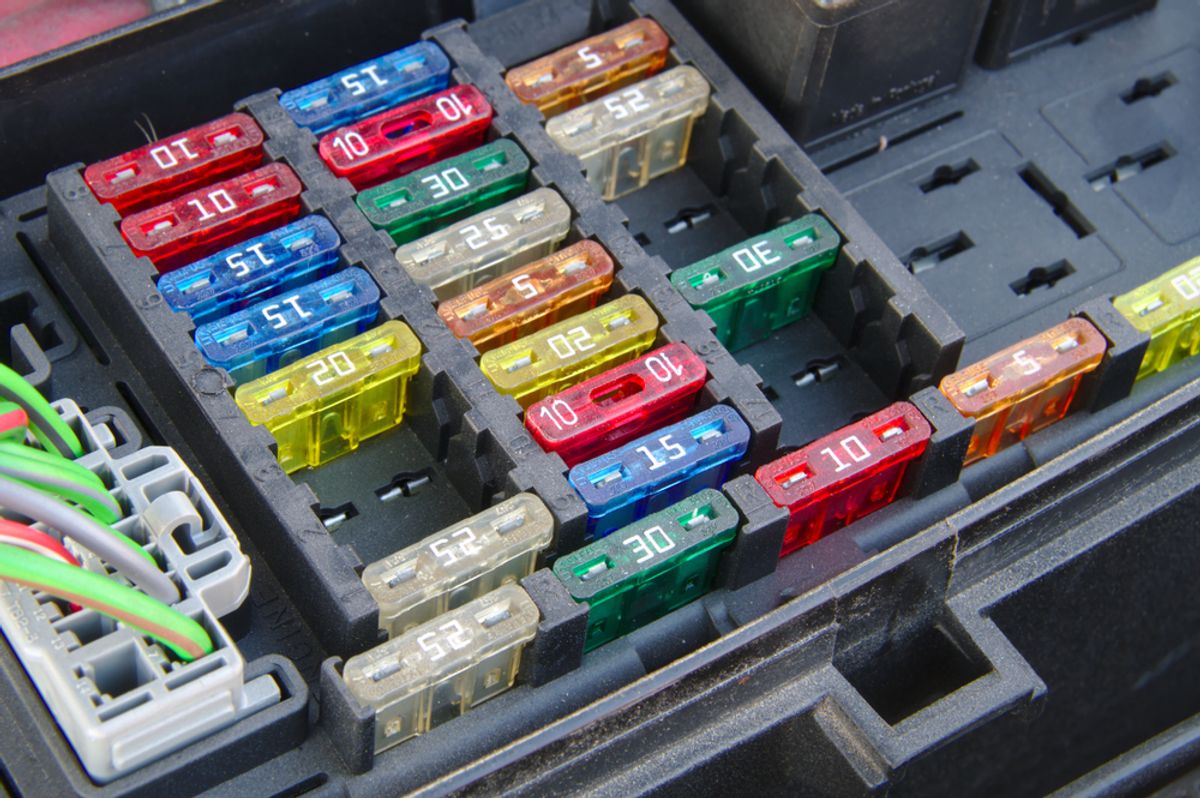 A fuse is an electrical component that protects circuits in its box from surging. In a car, a fuse helps your electrical system run well. If you’ve ever been driving and lost a light bulb, the radio, or something on your dash and heard someone say, “Shoot, the fuse must be blown”, then you already know a little something about fuses for vehicles. There are a few different kinds of fuses for cars. Learn about the types of fuses for cars here, and how to identify them in your own vehicle.

Vehicle Bot
Hello, how are you? Ask me anything about vehicles.
Contents Show
Where are Your Fuses?
When a Fuse Has Blown
Blade Fuses
Bosch Fuses
Glass Fuses
The Lucas Fuse
Limiter Fuses
How to Identify Fuse Types
ATO and ATC Fuses
Research Your Fuses

Where are Your Fuses? 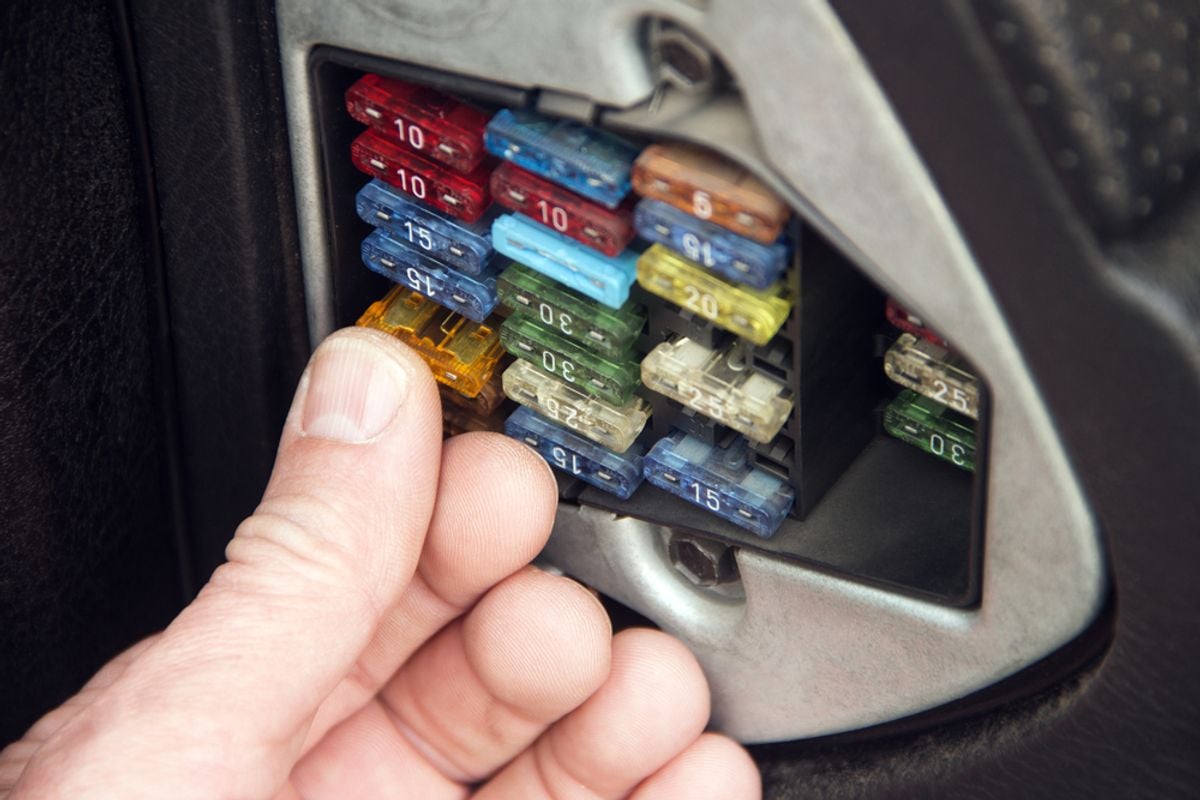 Your fuses are in the fuse box in your vehicle, which is typically located underneath the dashboard of your car. It can also be found under the dash near the passenger side of the vehicle. It can sometimes be located in the trunk of the car or under the hood with some models. If you do not know where your fuse box is located, check the owner’s guide or manual of your car and you will be able to find it easily.

This box is where you will find all of the fuses that your car needs, and functions as the relay system for all of the electric work in your vehicle. The fuse box is the control center of the electricity flow in your car and serves the function of protecting the vehicle from a short or a blown fuse. A blown fuse can cause a problem with the entire car.

In many cars, there is more than one fuse box. The first one will contain all of the fuses for the engine and engine components, while the other serves the accessories of the vehicles such as your radio and other important electrical relays on your dashboard. Inside the fuse box, you will find a slot for each fuse that serves as the dispatch board for the electricity in your car. Each fuse can typically fit between two fingers, which is how small they are.

When a Fuse Has Blown

Blade fuses are among the most common types of fuses, and they have been used since the 1970s. In vehicles, it has been used more commonly since the mid-1980s and is easy to recognize. A blade fuse has two metal prongs on it, and comes in a wide range of sizes. The current ratings for blade fuses for electrical currents range from 1 ampere to 100 amperes.

Today, they are considered the most widely used fuse in the automotive industry, because they are affordable and easy for almost anybody to 9 use. These fuses are either transparent or have color coding and plastic casing that make the fuses easy to recognize.

The largest blade fuses are maxi-blade fuses and have ranges of 20 to 100 amperes. These fuses can be 29 mm to 34 mm thick. The color of these fuses is typically grey and brown.

There are also regular blade fuses that range from 1 to 40 amperes and were originally designed by Littlefuse in 1976. It is today considered an industry-standard fuse. Smaller blade fuses will be up to 11 mm wide and 4 mm thick and will have a range of 2 to 30 amperes. Micro-blade fuses are even smaller with two prongs for metal terminals, a width of 9 mm and thickness up to 3.8 mm thick.

There are three-pronged micro-blades available and they are often called micro-3 fuses. The advantage of a micro-blade fuse is that it will protect two different circuits that are connected to a single power source. So here, the power will flow through the fuse and out of the fuse via its prongs.

The Bosch fuses are the most common fuses in cars in Europe. These fuses have cone-shaped end and smaller dimensions. The Bosch fuses go by a number of names, such as Torpedo fuses and 6AC fuses. If you have an imported vehicle, there is a very good chance you will have a Bosch fuse on it. 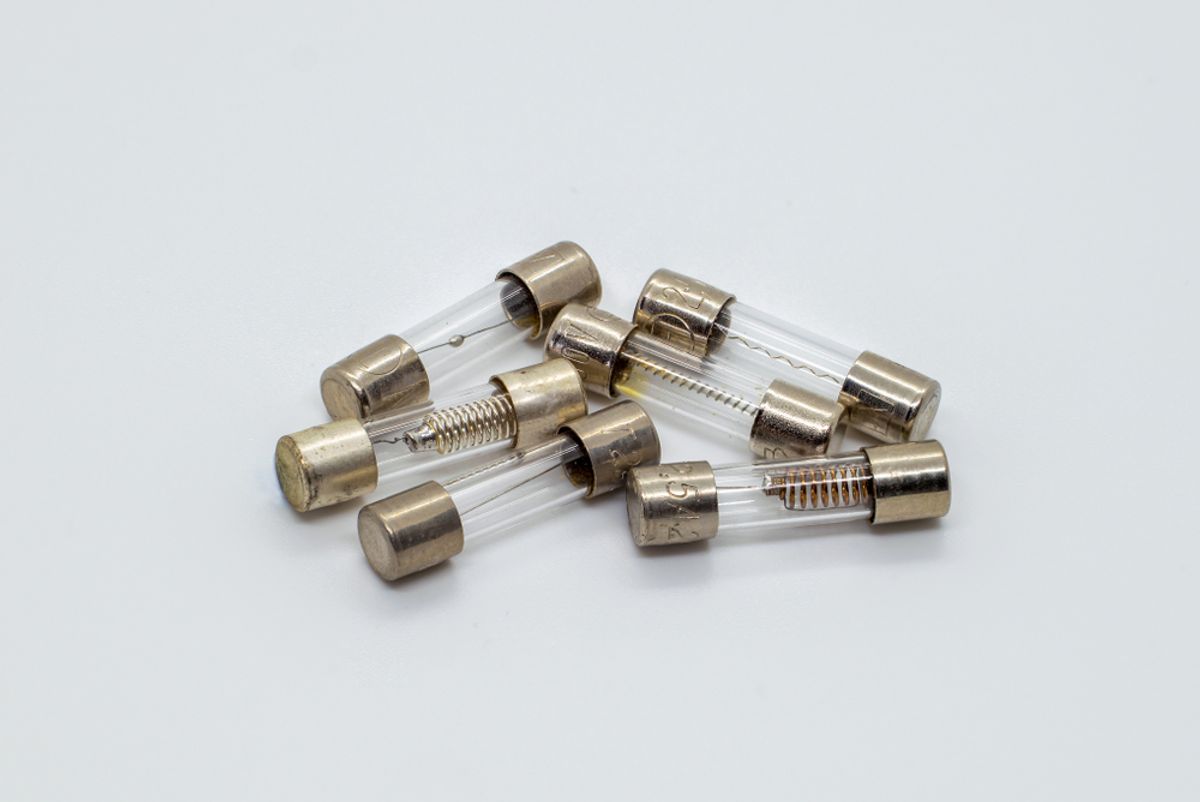 Another very common kind of fuse is the glass fuse. These fuses have been used in America for a long time, and were used in the early 1980s. Glass fuses are available in ratings from 1 ampere to 30 ampere.

These fuses are typically more expensive and are not used as much for vehicles as they are for other things. However, if you have a car that is older than 1986, you may have a Bosch fuse or two on hand.

The Lucas fuse is another car that is used more overseas than it is in North America. These are made both in ceramics and also with glass tubes. The size of the Lucas fuse is typically 1 to 1.25 inches long. 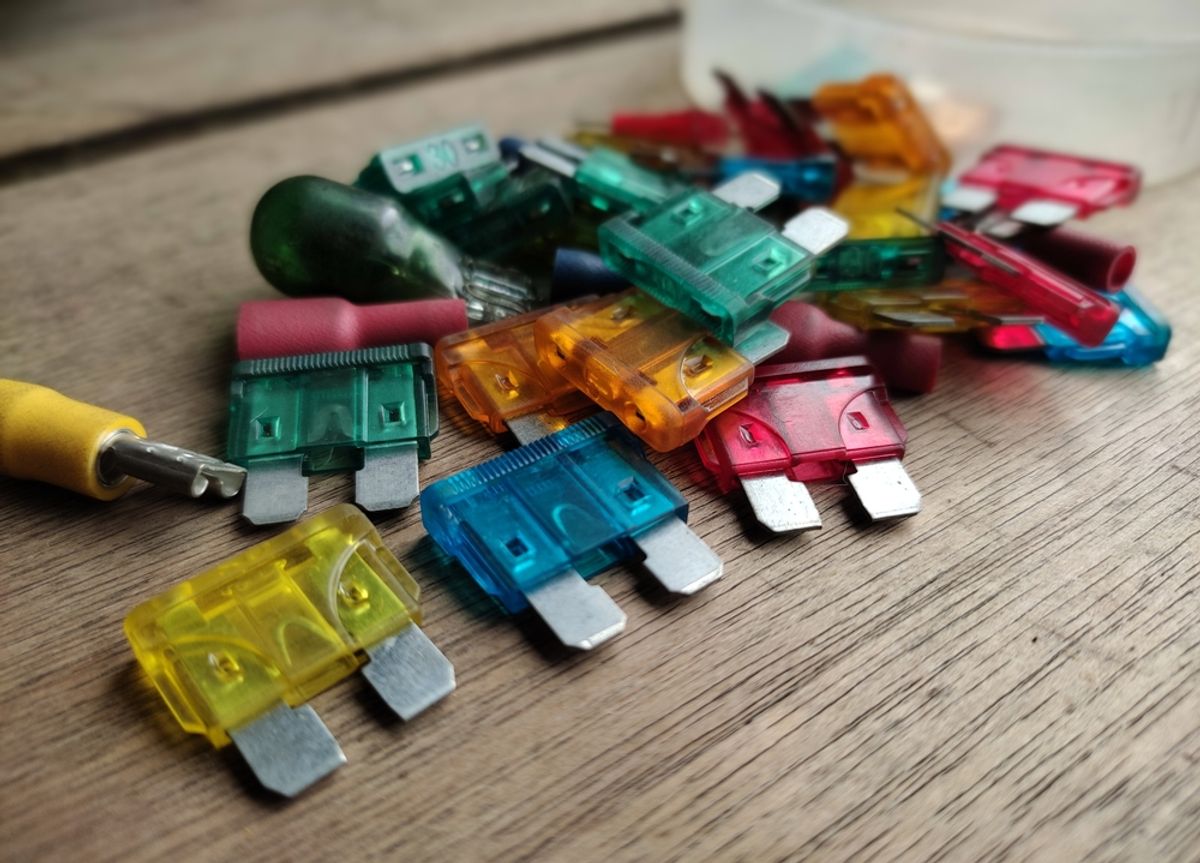 Limiter fuses are another of the most common kinds of fuse there is. These are also called current-limiting fuses because they will limit the current that passes through them. When a fuse component melts, the resistance reduces the intensity of the current flowing through it, and this protects other components of the surrounding electrical system.  These kinds of fuses will come in a wide range of sizes in order to accommodate multiple applications.

How to Identify Fuse Types

Fuses are easier to identify than you might think, especially some fuses, like glass fuses, which are identified by their name alone. Still, it is important to learn how to identify them as quickly and efficiently as possible. Although a fuse that has blown may be easy to repair, it’s never a good idea to just let it go. A fuse that has blown could be pointing to a bigger issue with the car that could cause a significant problem down the road.

If you are ever concerned about a blown fuse, check with a mechanic first. There are ways to identify fuse types, but you don’t want to leave it to the last minute.

For cars, fuses are organized by size and by their rating, or ampere rating, or, rating as it is called for fuses. You’ll always want a fuse that offers both performance and ease. To determine the rating of your fuse, you can look at the fuse and find the information close to the top of the fuse. You can also look at the fuse diagram with the vehicle. This will help you to see what fuse goes into what slot.

Blade fuses are the most common kind of automotive fuse, and the most difficult to identify due to the volume of different kinds there are. There is a DIN standard for blade fuses, with each color of fuse meaning a specific thing. With the letter “A” noting “ampere ratings”, these are the following Blade fuses and their ratings:

ATO and ATC fuses are terms used for blade fuses. These are regular blade fuses that can be interchangeable. In an ATC fuse, the plastic housing around the fuse closes the fuse. With the ATO fuse, it is an open-element that can be exposed to the environment.

When you are looking at the fuses of your car, do some research on the fuses first. This is a starting guide on what you need to know about car fuses. Blade fuses are the most common kind of fuse, with glass fuses coming in a close second. At the same time, a limiter fuse may be necessary in your car. For imported vehicles or cars overseas, Bosch and Lucas fuses are the fuses you want to be sure you have on hand.

In the end, if you are confused, consult your owner’s manual before you go fuse shopping. With an easy fix, the right fuse research can save you some time at the mechanics, while the wrong fuse can cost you more. Do your homework before popping open the fuse box and the job will seem simple.