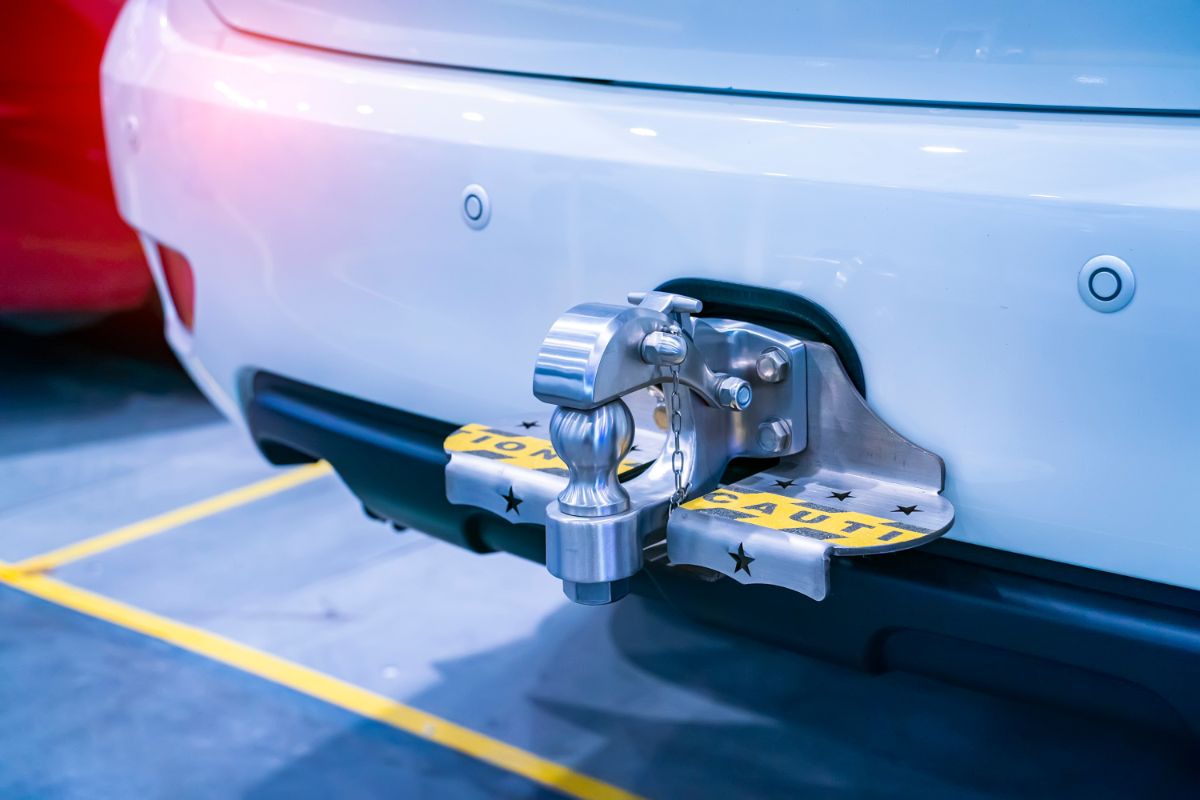 Whether spring break is around the corner or summer is down the road, there’s always a reason to start thinking about your next trip. Due to travel restrictions as of late, going by plane or train might be an inconvenience.

Sounds like an automobile would be a great alternative. If you’re going out of town, you may want to rent a recreational vehicle or take your bike. The more you want to bring, the more likely you will need the ability to tow or at least have a hitch on the back to mount things like a bike rack.

The need to tow has been around for probably as long as there have been any types of vehicles that moved, be it carriage or car. Hitches started out as wooden yokes for cattle and leather straps for horses.

It wasn’t until just over a century ago that Glenn Curtiss, the father of naval aviation and associate of the Wright brothers, was inspired by a spare tire.

Back then, spare tires weren’t buried in a compartment under the trunk. They were attached to the back door under the window. It was also referred to as the “fifth wheel” of the car.

The US army evolved the design during WWII for the tire to a closer version of the hitch design we think of today. By the 60s, it changed to incorporate a heavy plate durable enough to use with a fifth-wheel RV.

As the product has evolved throughout time, so have the reasons for having a hitch in the first place. There are several things in modern times you can use a hitch for when it’s attached to your vehicle.

Here, we’ll discuss more about the types of hitches and what kinds of loads are hauled using them. There will also be a helpful breakdown of weights so you can figure out what will work best for your SUV or truck.

Contents Show
What exactly is a hitch?
What can I use a hitch for?
Types of Hitches for Cars
1. Weight-Carrying Hitch
2. Bumper Hitch
3. Weight Distribution Hitch
4. Fifth Wheel Hitch
5. Gooseneck Hitch

What exactly is a hitch? 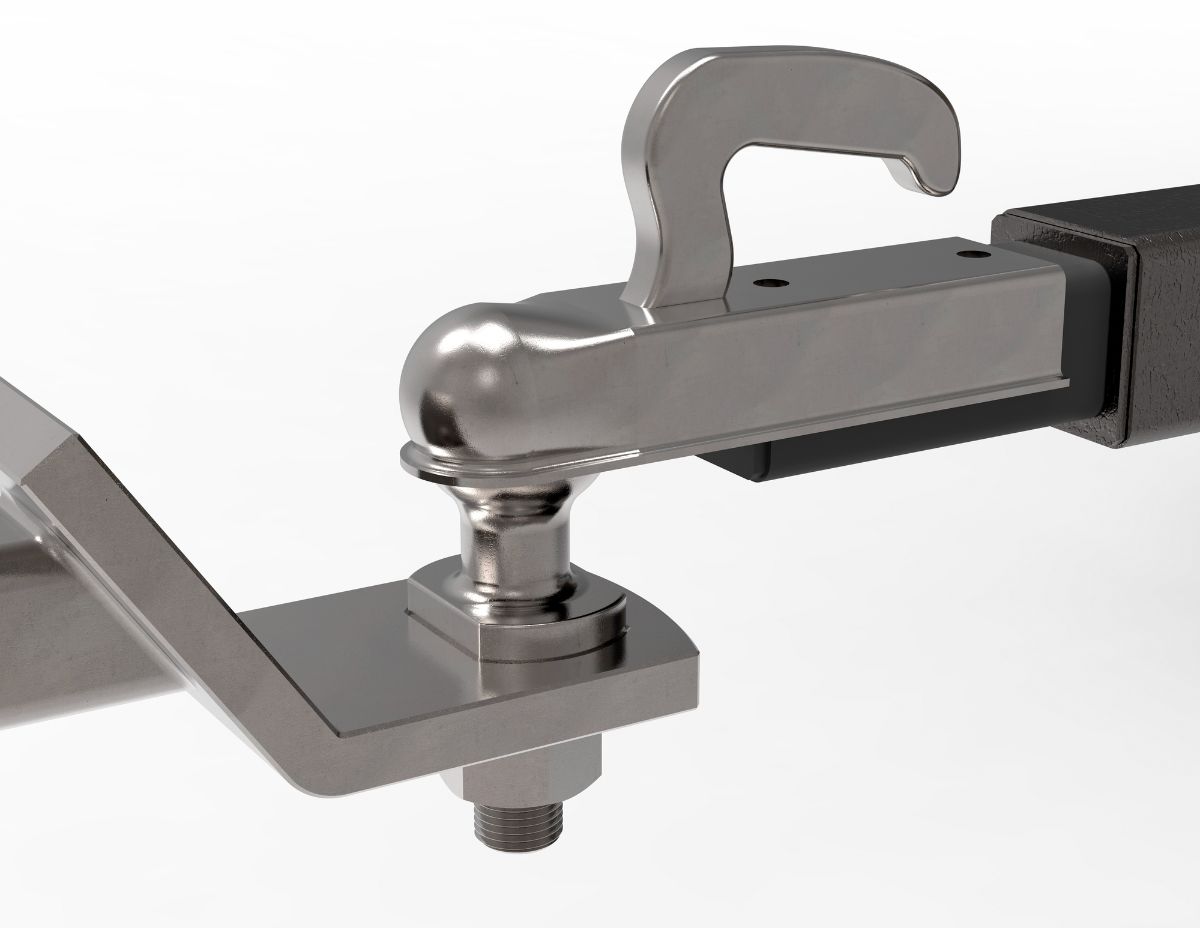 When people announce they are getting married, it is not uncommon for them to also say, “We’re getting hitched!” There’s a good reason for that. Being hitched is being connected in the most meaningful way.

Perhaps the unsaid definition, when it pertains to marriage, is actually more about the willingness to be pulled around when necessary. On the other hand, a hitch for our purposes isn’t entirely different from that assessment. A car hitch is what connects a vehicle to an item being towed.

The word hitch refers to the actual component that does the connecting. There is a multitude of options to install on your vehicle depending on a number of factors, such as vehicle type, the weight of haul, and what else you plan to use the hitch for.

While most cars don’t come equipped with a hitch straight from the dealership, that does not mean that they are unable to tow anything. The reality is that it’s just an extra expense from the dealership and we all know how much dealerships like to throw things in for free.

Heck, I once bought a new car where, instead of it coming with a spare, they gave me a way to inflate a tire once. Essentially, I was given a can of air.  So, don’t let your small car trick you into believing you will have to upgrade to make additions.

If you’re interested in seeing how much towing capacity your vehicle can withstand, take a look at the specifications on the maker’s website. Even two-door sedans can tow around 2,000 lbs, so feel free to let your inner adventurer shop around.

What can I use a hitch for?

While the number one use for a hitch is towing a trailer, there are other opportunities to use this helpful tool. From tires to jet skis, let’s take a look at how to get the most use out of installing a hitch on your car or truck. Here is an overview of the reasons you could make use of a hitch over the long term:

This is a general idea list but covers a lot of bases. To put it into perspective, a trailer comes with a never-ending bucket of things that can be placed in it for hauling purposes.

A lawnmower, boat, or even various equipment can be put on a flat or covered trailer for transport. Clearly, there are plenty of opportunities to use the hitch.

Now that we have a better idea of how to use the hitch, let’s check out what types of hitches are available for a variety of vehicles.

Types of Hitches for Cars 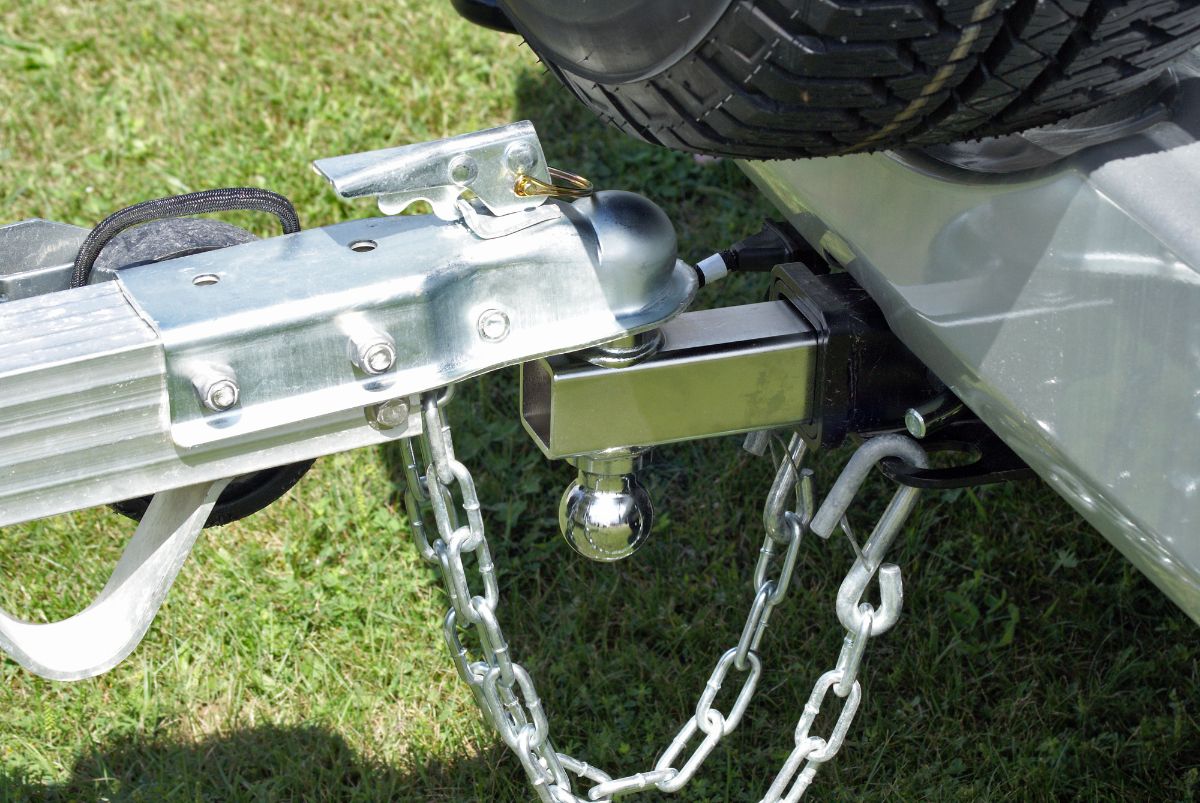 To get started, this type of hitch is meant for the lighter side of towing. With the weight-carrying hitch, you will be able to tow up to about 3,500 lbs. The way it supports a lightweight trailer is similar to how it would hold luggage with a hitch ball.

Changing vehicles? It’s a much easier switch out, so it would seem, rather than using a fixed option. This is just scratching the surface, though. Up to 3,500 lbs is a great way to begin, but there’s much more to come. 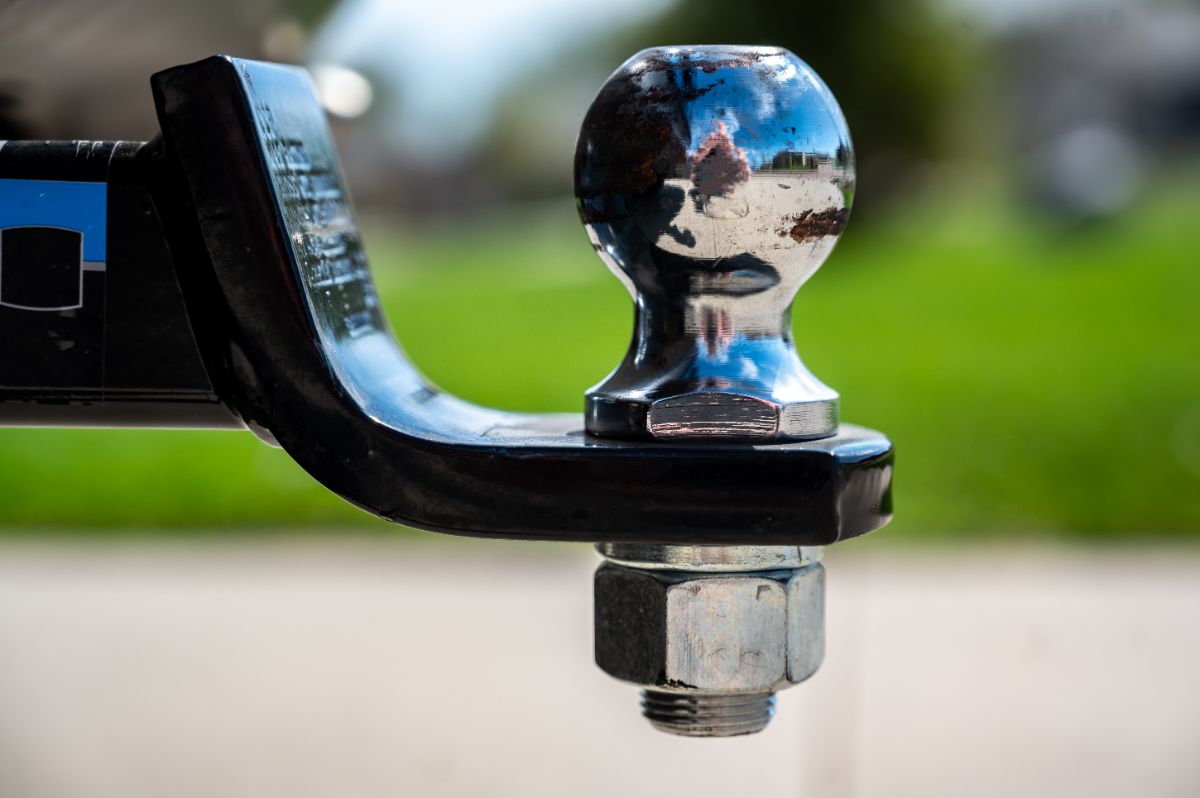 This is one of the most common types of hitches. It is a ball mount and is connected by way of the rear-end receiver. The bumper can be used on most SUVs and trucks. There are even some regular cars where a bumper hitch can be put on.

The size of the car, its weight, and towing capacity would be the determining factors of eligibility. The bumper hitch is more versatile with heavier loads in comparison to the weight-carrying kind.

With a towing capacity of up to 6,000 lbs, the bumper can pull trailers that haul things like boats on frame-only trailers, small campers, and even trailers meant for some livestock. 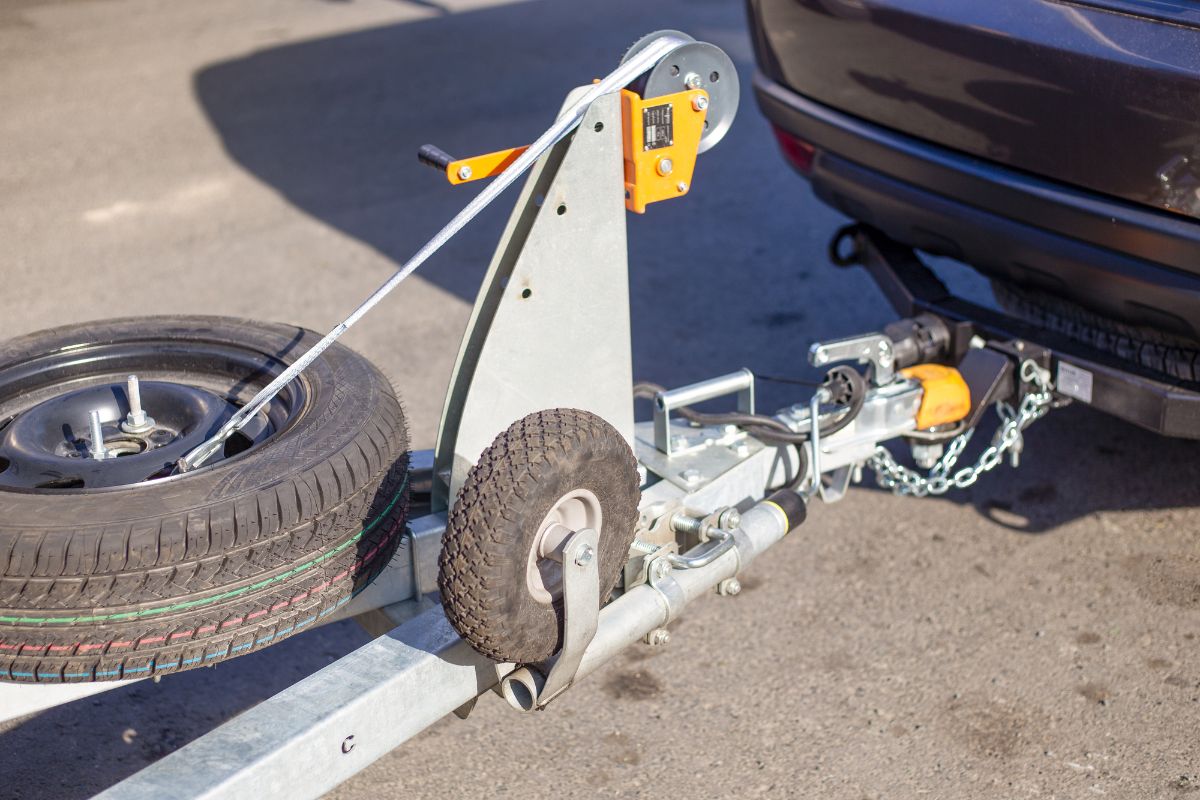 6,000 lbs is getting up there in load mass. However, when you have a weight distribution hitch hooked up to your vehicle, the tow capacity doubles. This hitch can take what you need to move for up to 12,000 lbs.

It also has a ball mount, but the way it uses the mount changes the outcome. Specifically, this hitch was designed for something like a travel trailer. The weight of a trailer rests on the back end of the vehicle that is doing the towing.

So how does the weight distribution hitch work? Basically, if it balances the way the weight sits on the vehicle. There are two arms that are outstretched in opposite directions. That adds a lot to the stability, which helps the axles.

With that in mind, when would you need a hitch that pulls 12,000 lbs?  Typically, this hitch makes the most sense when you’re towing something that outweighs your car, truck, or SUV by one-half.

For example, if your vehicle is 4,000 lbs, a weight distribution hitch would be needed starting at 2,001 lbs. 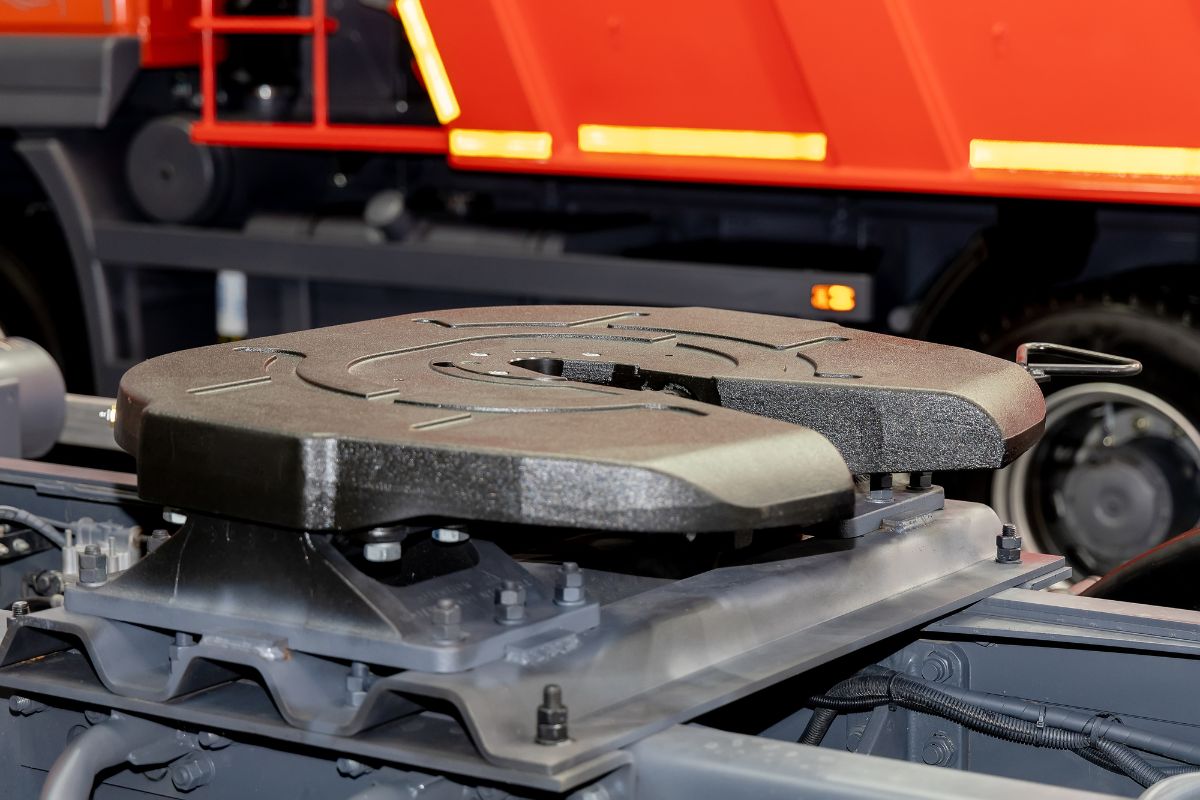 As you might have assumed from the name, it was designed to be used with a fifth-wheel recreational vehicle. A fifth wheel is pretty much like what it sounds like. The overarching part of the RV, usually the bedroom, sits over a truck bed and is secured directly to it.

This creates a visual of what physically acts like a fifth wheel. The hitch is most safe when it’s under 20,000 lbs but it isn’t unheard of to go up to almost 27,000 lbs.

The reason this hitch can tow so much more is that it uses a kingpin mechanism, as opposed to the ball mount. Instead of being an addition to the trailer, this hitch type is part of the coupling system. The unit itself is a horseshoe shape and does require lubrication.

When you’re pulling such a cumbersome object, this type of hitch provides exactly the give you need to make the transportation work. It absorbs all the potholes and rocks you encounter on the road. This style also gives you more flexibility when turning such a load.

Okay, now we’ve hit the heavyweight. The gooseneck hitch is for significant haulers and is commonly found on vehicles that are pulling trailers with horses and livestock. The towing capacity for this type is 30,000 lbs.

It’s also the same type of hitch used when pulling flatbed equipment. Due to the type of passengers, these trailers are heavy hitters, both long and wide.

The way it fits in is similar to the fifth wheel as it sits in the truck, just the way it goes in is a bit different. The gooseneck goes in front of the rear axles. The handling is tighter and the driver can feel more in control of whatever they’re pulling.

There are two types of goosenecks, above and under bed hitches. Above-bed hitches use the rails that a fifth wheel uses. The benefit of that is the ease of attaching or reattaching the vehicle from the hitch.

The under-bed is tailor-made for your vehicle but attached to the bottom of it. There are no rails left on a truck, unlike with the above-bed.