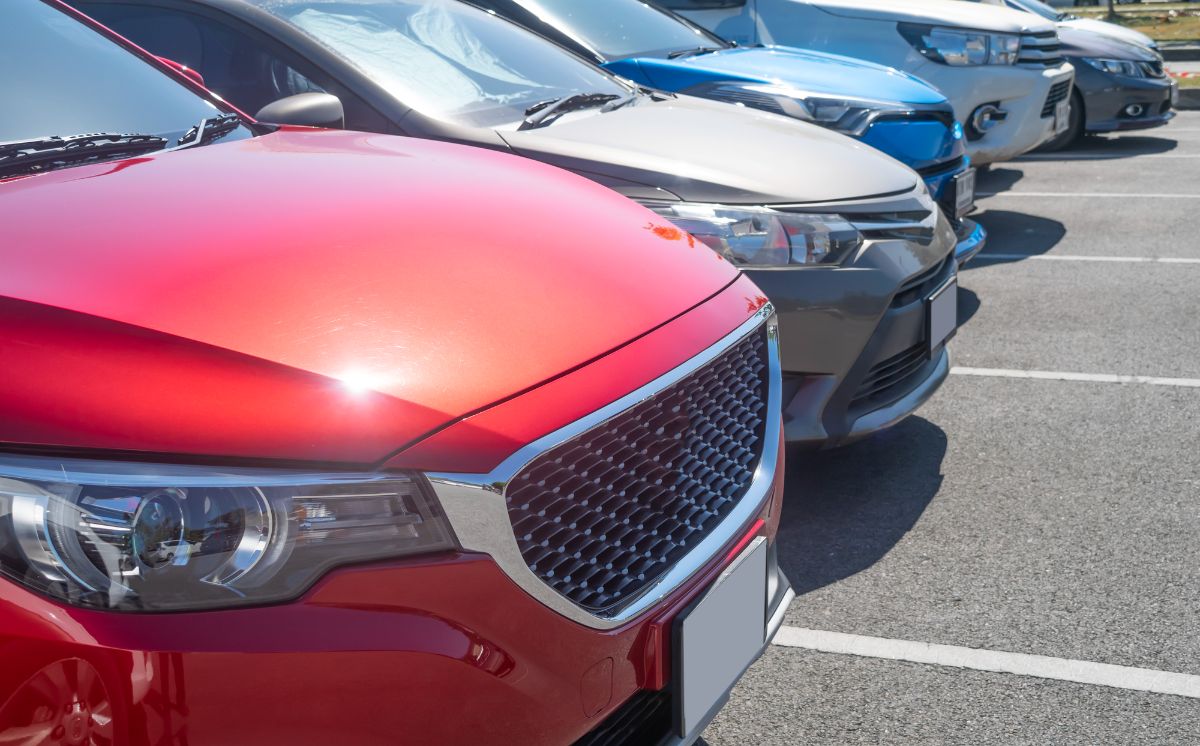 No one wants their engine to be dismantled by a bird crossing the road or a rock kicked up by a leading vehicle, which is why the hood is an essential protective element for a vehicle.

The way a hood is designed also has an impact on other performance aspects. Whether buying a replacement hood for an accident or personal taste, it helps to know the types of hoods and options for customizing them.

A standard hood on a modern car with an engine in the bonnet has hinges on the edge facing the windshield and a latch near the center of the bumper edge that holds it in place.

This design is simple and intuitive, but it does pose a risk of airflow pushing the hood upwards and backwards – right onto the windshield and roof of your vehicle before potentially ripping away altogether.

A well-fitted hood will connect with its latch and have a flush edge with the rest of the vehicle’s body. Extra space may indicate a bad fit or an improperly latched hood.

Lifting the hood lightly and reaching towards the middle of the bumper should reveal the latch enough to release it. Some vehicles have hoods with hinges near the bumper.

When opened, the hood tilts forward and exposes most of the engine block; this style is common on big rigs. Even more rarely, two-panel hoods with a split down the middle of the vehicle are used, but they are typically a cosmetic decision. 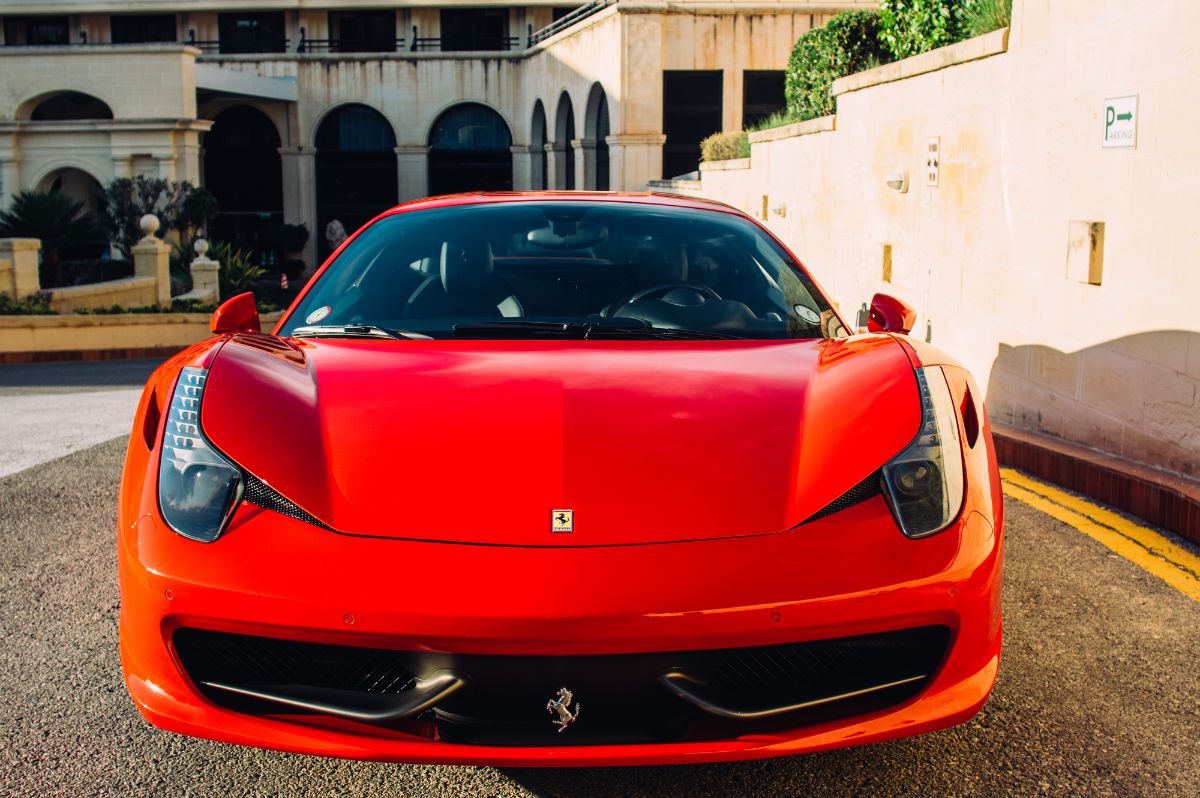 The shape of the vehicle’s body decides much of the hood’s general shape, but there are two common shapes for the broad plane of the hood. Flat hoods are intuitively named, possessing minimal curvature or extra features.

They are the baseline for hood design, and modifications can be freely positioned along the flat surface.

The power bulge is the other common design, featuring a raised central portion of the hood. In theory, the raised portion accommodates a bigger engine block.

The style caught on as a symbol of performance and power, so don’t be surprised to see a power bulge selected as an aesthetic preference.

Because the hood is usually detachable from the rest of the frame with relatively minimal effort, vehicles may sport hoods made from different materials than the rest of the body. 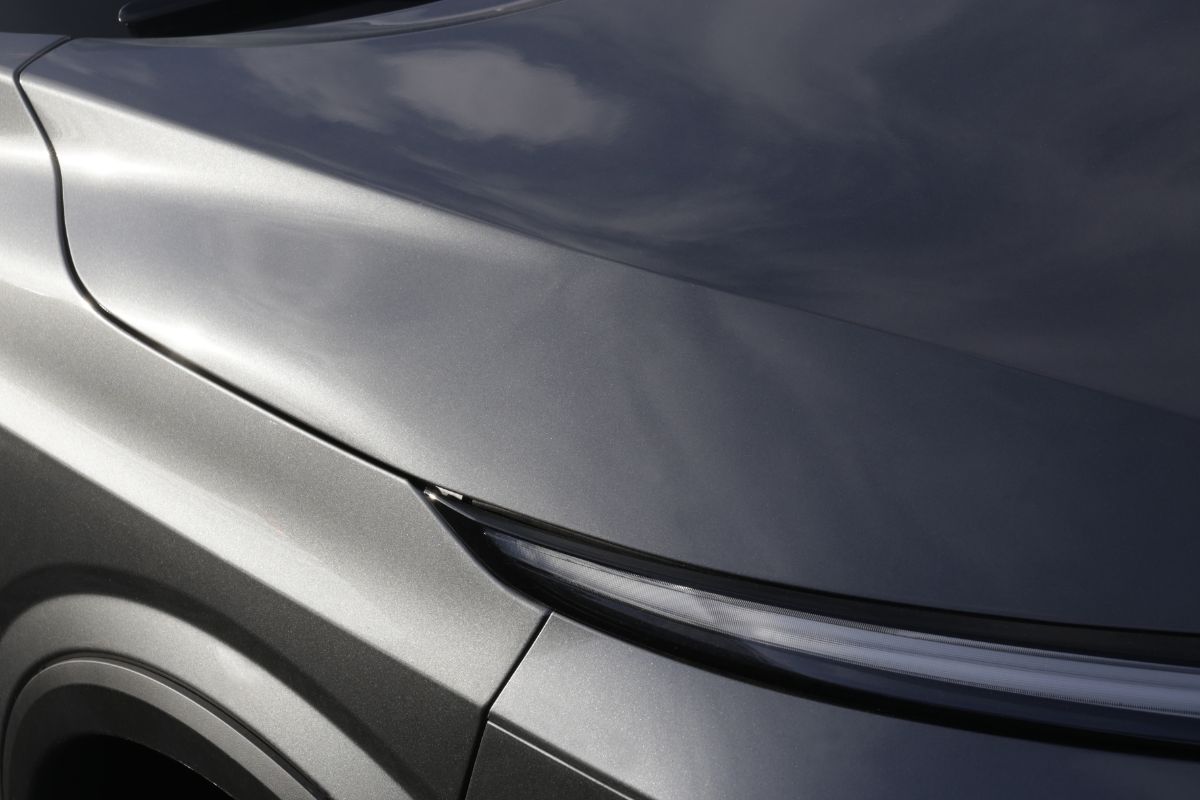 Steel is synonymous with strength and durability. It has been the go-to metal for engineering needs, including automobiles.

The varying formulas for steel have a large impact on its performance, so the standard form of steel used for cars has a higher weight than the alternative hood materials. Its low price is still a major reason for its continued usage as the standard hood material. 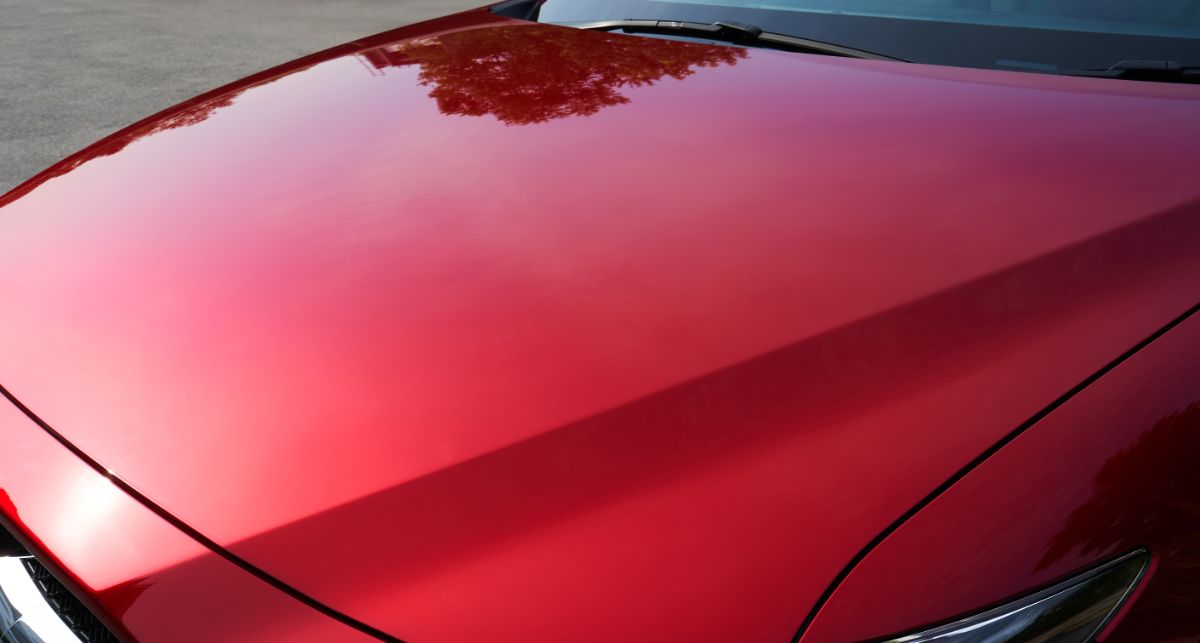 Although most people interact with aluminum as a lightweight foil, thick aluminum is a durable metal that’s resistant to rust while weighing less than heavier elements.

Aluminum isn’t quite as strong as steel, so these hoods can be dinged and dented more easily. The durability isn’t as significant in a crash where the vehicle will be reliant on crumple zones and other safety features more than the strength of the hood. 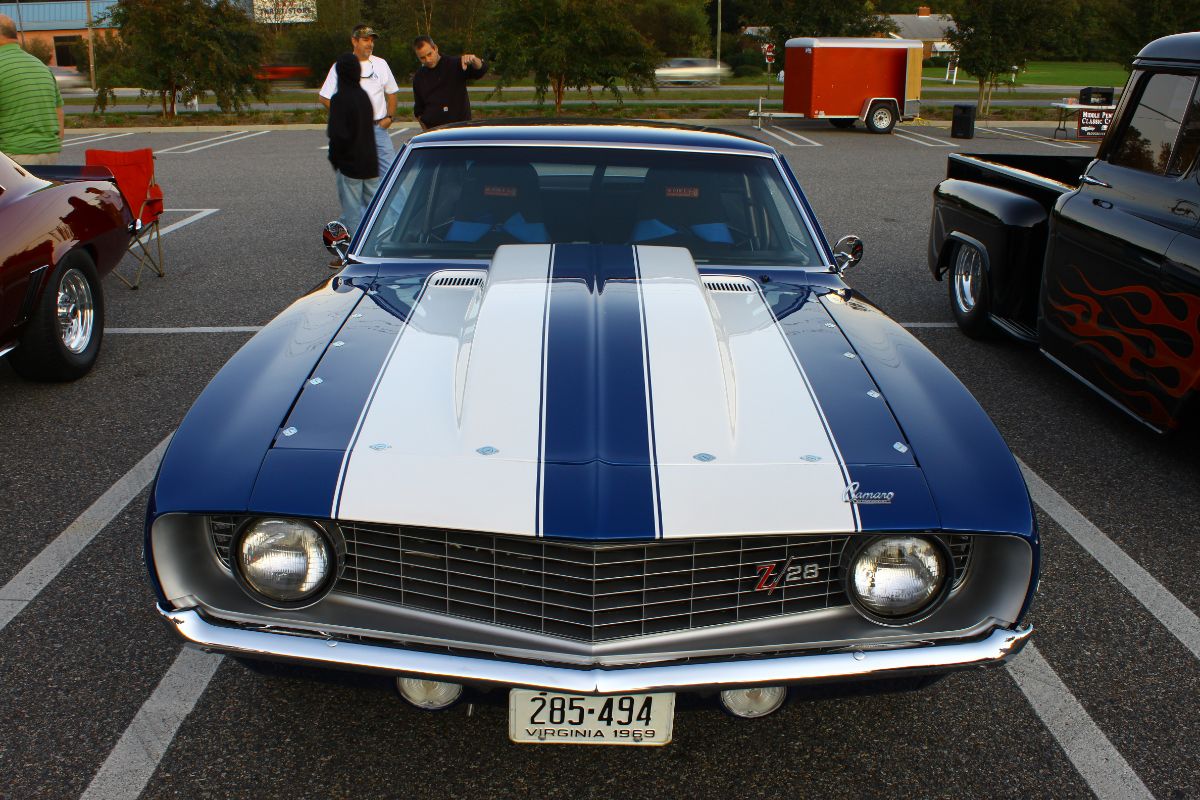 While lightweight, inexpensive, and convenient, fiberglass is the least durable of the common hood materials. It’s also prone to ignition and produces toxic fumes. These problems rear their head in cheaper fiberglass products, but higher quality ones are less prone to issues.

That offsets some of the price reduction, but a good fiberglass hood will cut vehicle weight without sacrificing much safety or durability. 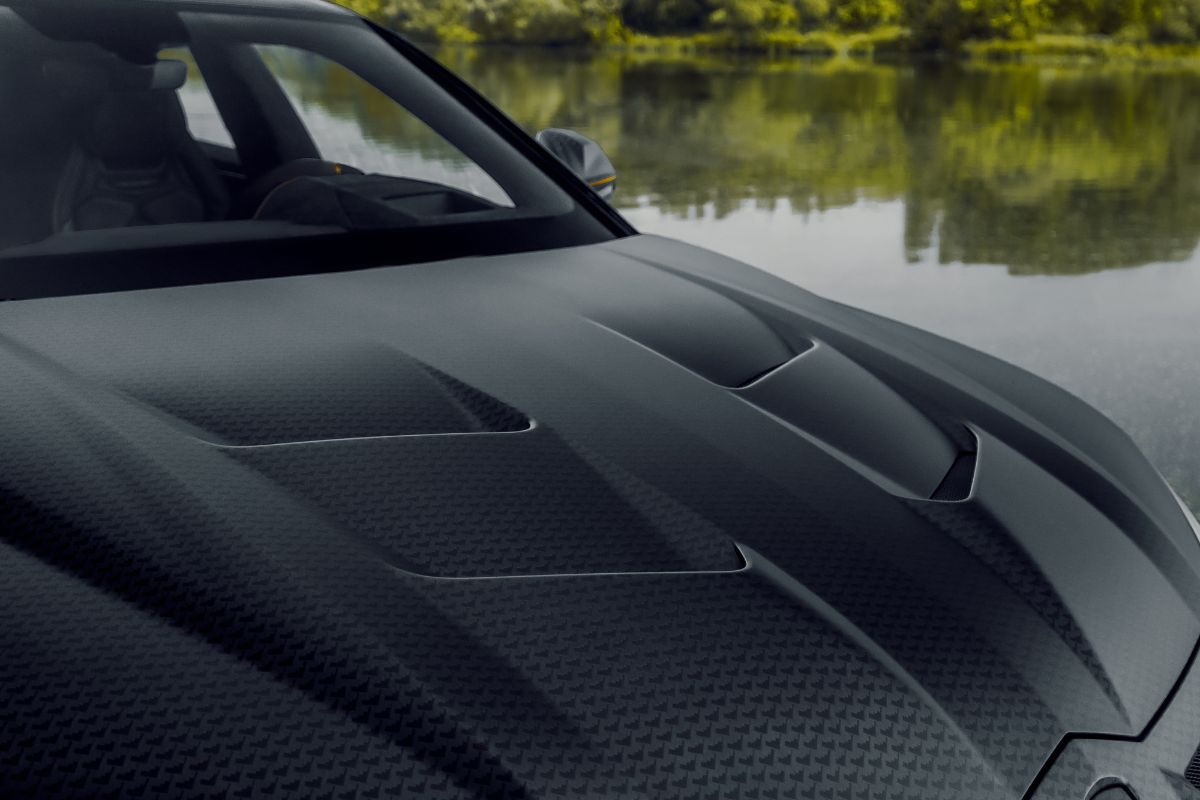 Specially engineered strands of carbon can be turned into a light yet incredibly durable material. The extra chemical and mechanical processing does make it the most expensive option, but using it can easily shave up to half of the hood’s weight.

It’s not a major cut off of the overall weight, but it can add up with other weight reduction measures when trying to maximize performance.

Fiberglass weighs about the same while being cheaper, but you can make the majority of a car out of carbon fiber without sacrificing structural integrity or safety. 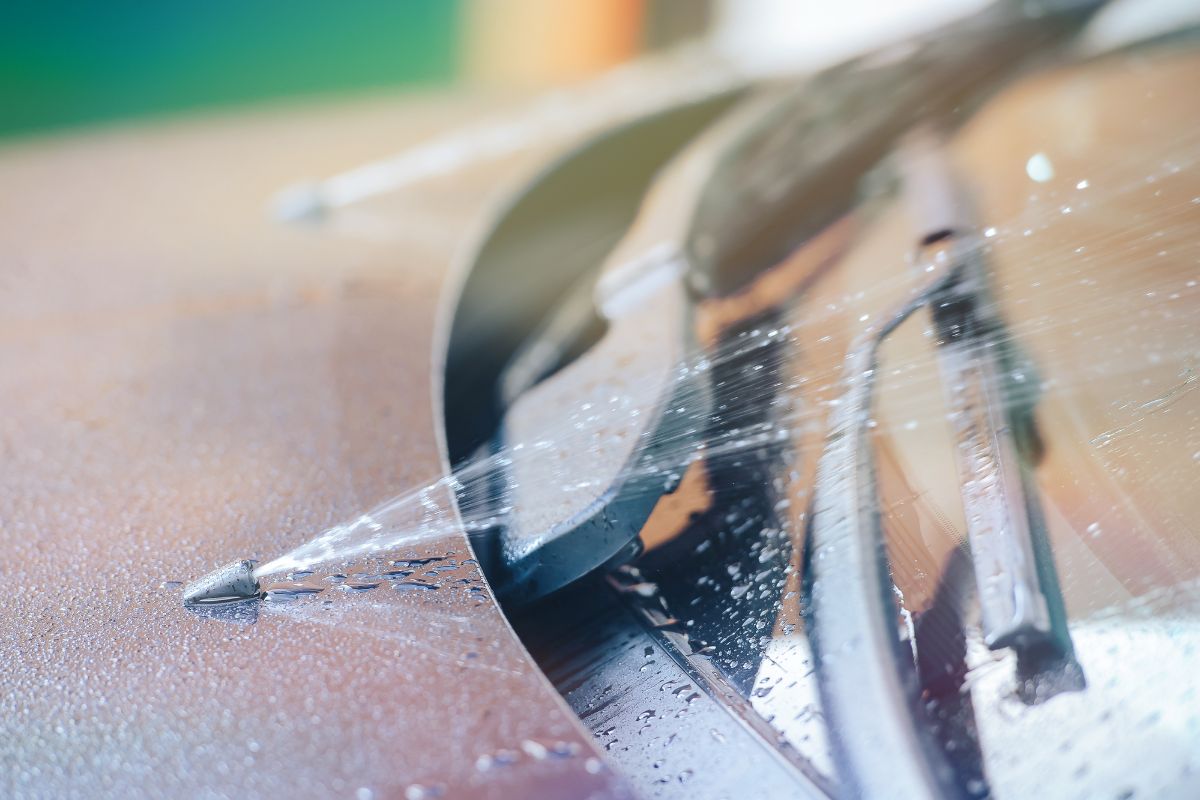 Windshield washer nozzles are the most common additional feature of vehicle hoods. A quick touch of a lever inside the cabin mists the windshield with a special cleaner that improves visibility as the wipers do their job.

They are fairly cheap and easy to install if your vehicle lacks nozzles.

Combustion engines rely on the interaction between fuel, heat, and oxygen to create power. They also use the surrounding air to cool down the engine.

Hood scoops alter the airflow in ways that can help one or the other, depending on the style of scoop. The extra openings allow more sound to escape the bonnet, so the noise level of the engine may be a concern as you add scoops of any type. 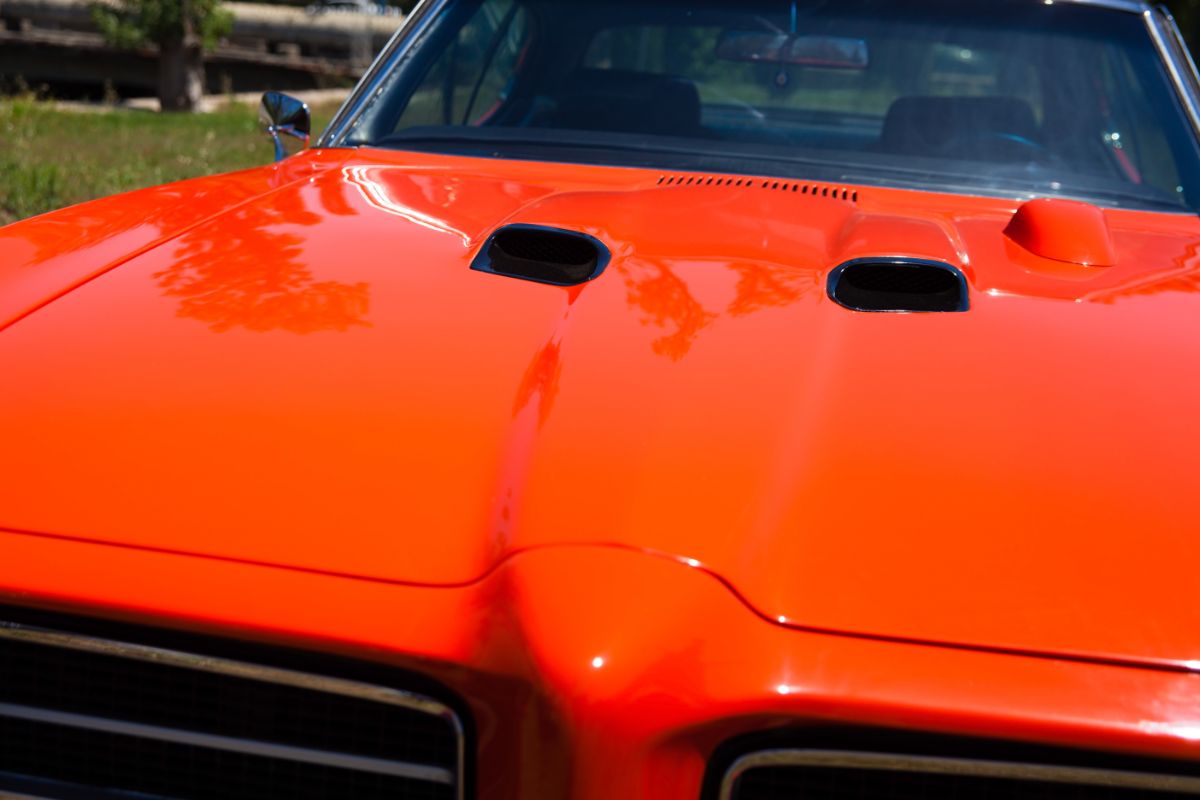 These scoops face forward to get more cold air into the engine as the vehicle moves faster. The air pushes its way through a narrow opening before spreading out into the engine, cooling the air while manipulating the pressure within the compartment.

Even with protected openings, the additional front-facing vents of these scoops will allow more dirt into the engine and can become blocked by larger debris. 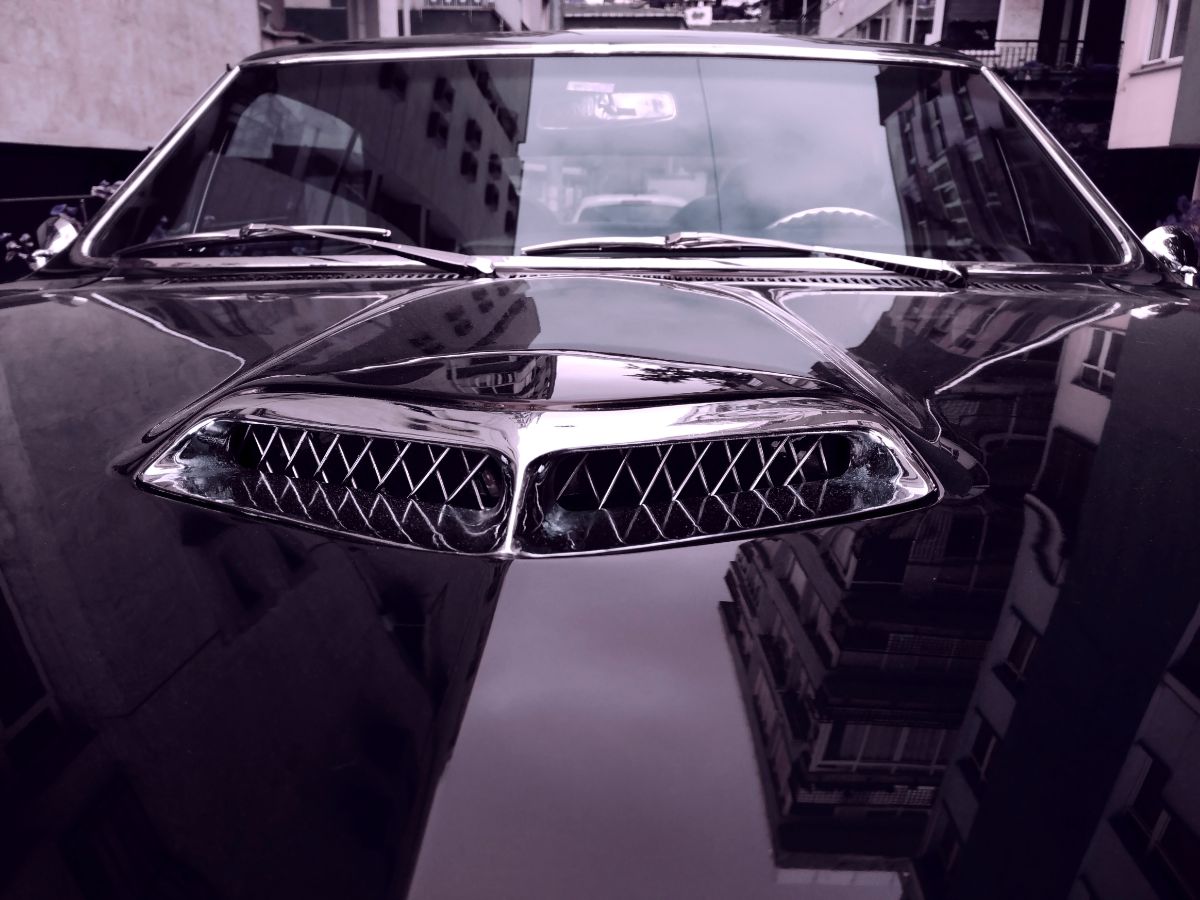 Named for its tell-tale rumbling while the engine is running, shaker scoops are attached directly to the engine. Since the extra air is expedited to the parts that need it most, they are great at reducing heat and improving performance.

Even the best shaker scoop is incredibly noisy, though, and larger ones may obstruct a bit of your view. 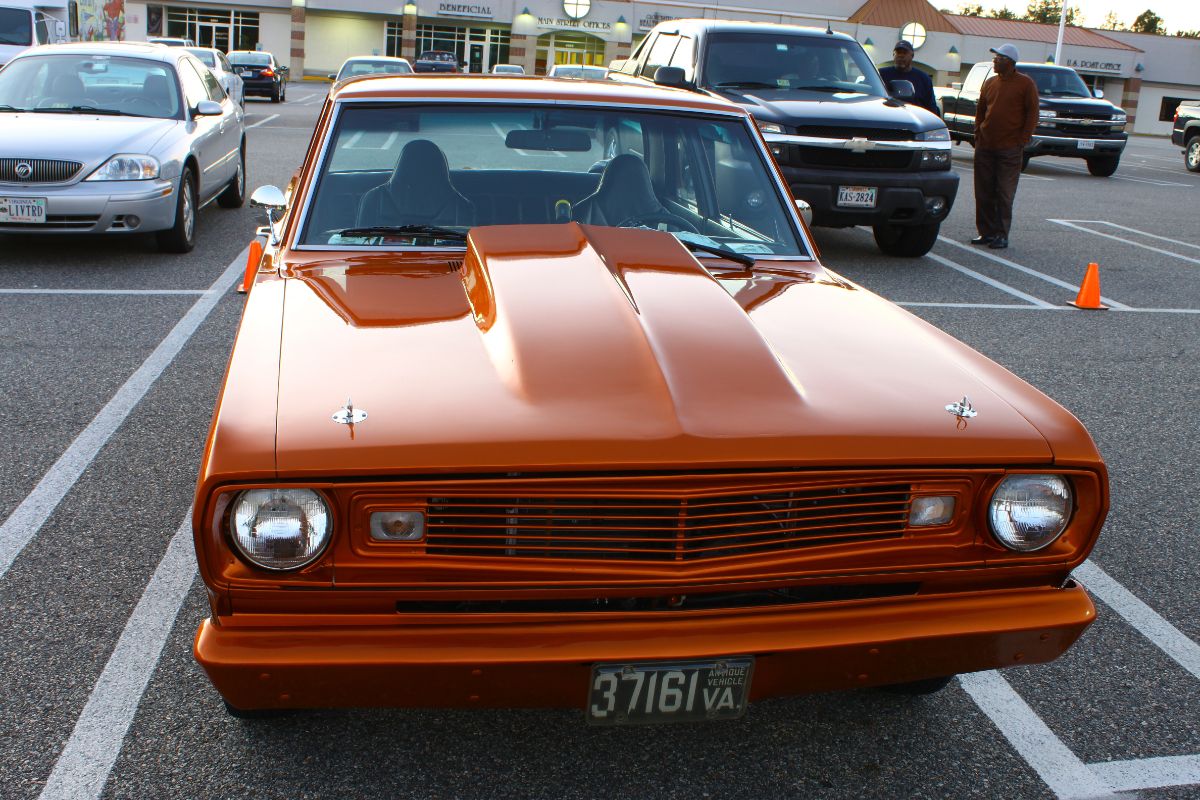 It’s easy to mistake a cowl induction scoop for just a variant hood design. An opening near the window catches the air splashing off of the vehicle’s windshield, sends it shooting down the scoop, and helps bring the engine’s temperature down.

Unlike other scoops, cowl induction scoops are definitely better to purchase as part of the core design than to install as a modification.

It’s not impossible, but the savings become less attractive when you add in the extra time to modify the hood and weld the scoop into place. Ordering a new one is just much easier unless the part simply isn’t available. 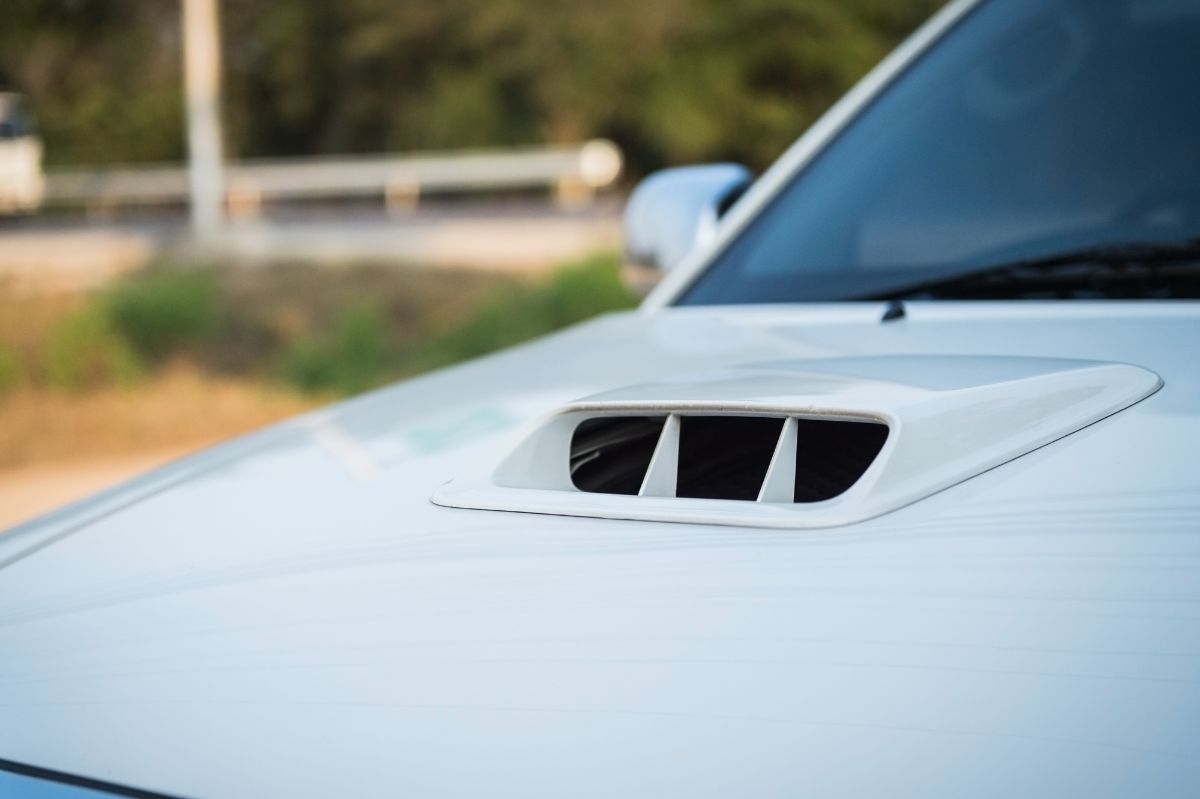 Turbochargers allow vehicle designers to either improve overall performance or get the same performance out of a smaller engine. The extra oxygen along with the fuel creates a more powerful explosion with a lower quantity.

An intercooler scoop is similar to a ram air scoop, but the air is directed to the turbocharger to cool it down from the hot gasses that power it. 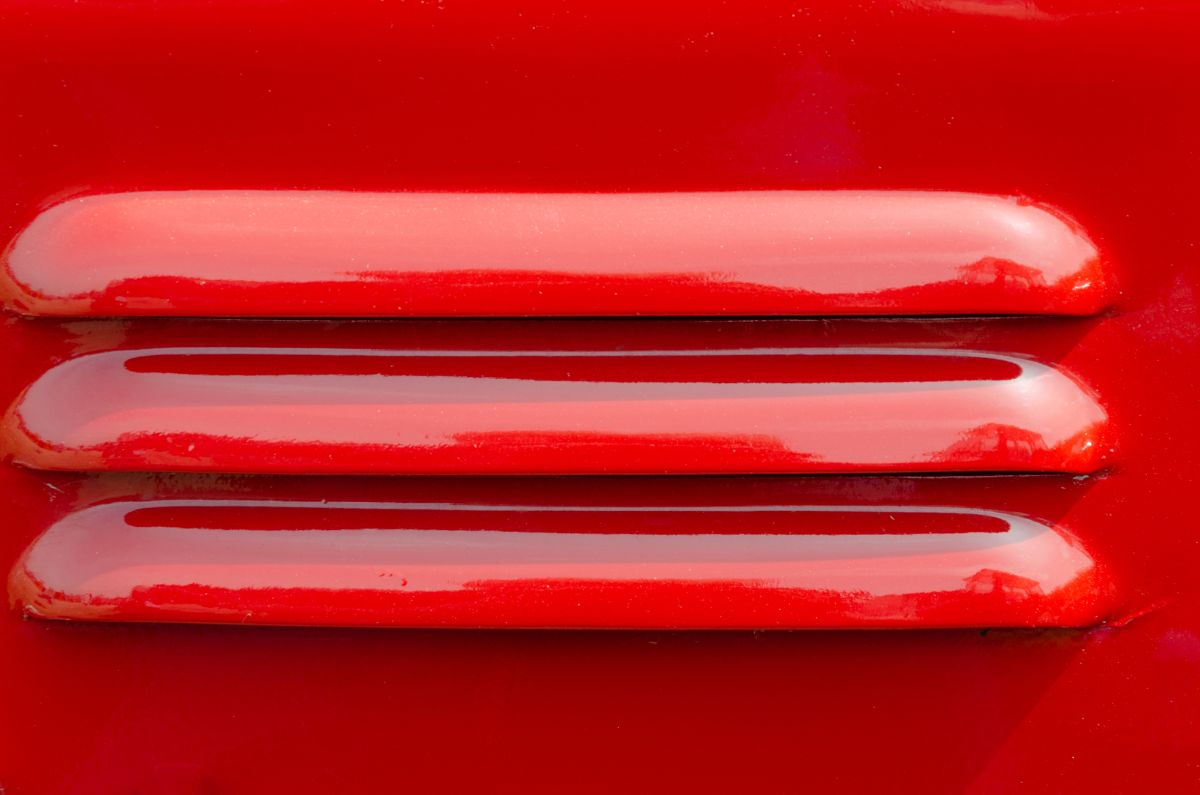 As has been established, more cool air into the engine is good, but extra gunk carried in the wind can inhibit performance and cause damage. Louvre vents in a vehicle’s hood allow the hot air inside the engine to go up and out of the compartment.

They also keep any debris from falling into the engine through the opening. Installing them does require permanent hood modification, similar to installing smaller scoops, but it can be done with minimal cost or experience. 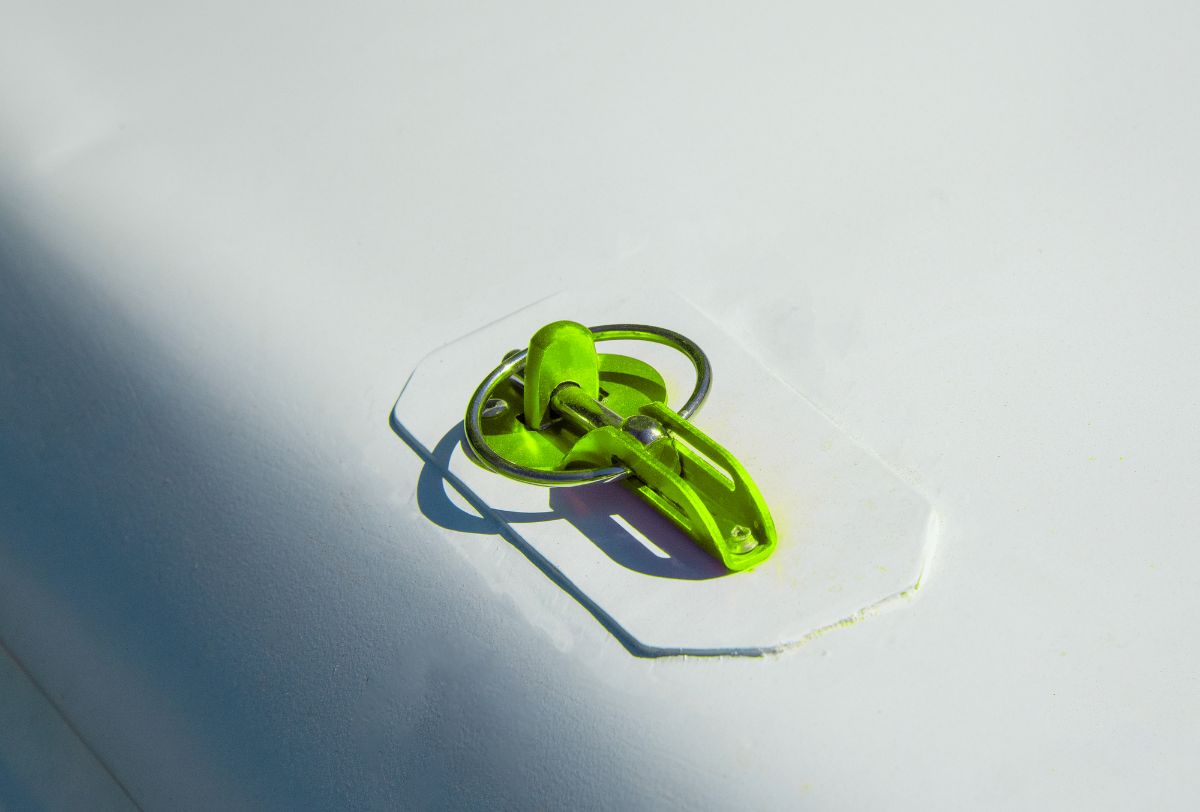 A single latch that is properly used is secure enough for most vehicles. A double latch is even more secure. Still, if a driver wants to be absolutely sure that the hood stays in place, pins are the most reliable method.

Proper hood pins require holes drilled through the hood, so installing them makes a permanent modification to it. Since they are typically an aftermarket addition, making sure they are properly installed is important for safety purposes.

Some people really enjoy the appearance of hood pins, but they don’t want to put holes in their hood. For those people, stick on hood pins mimic the appearance without permanent damage to the hood. 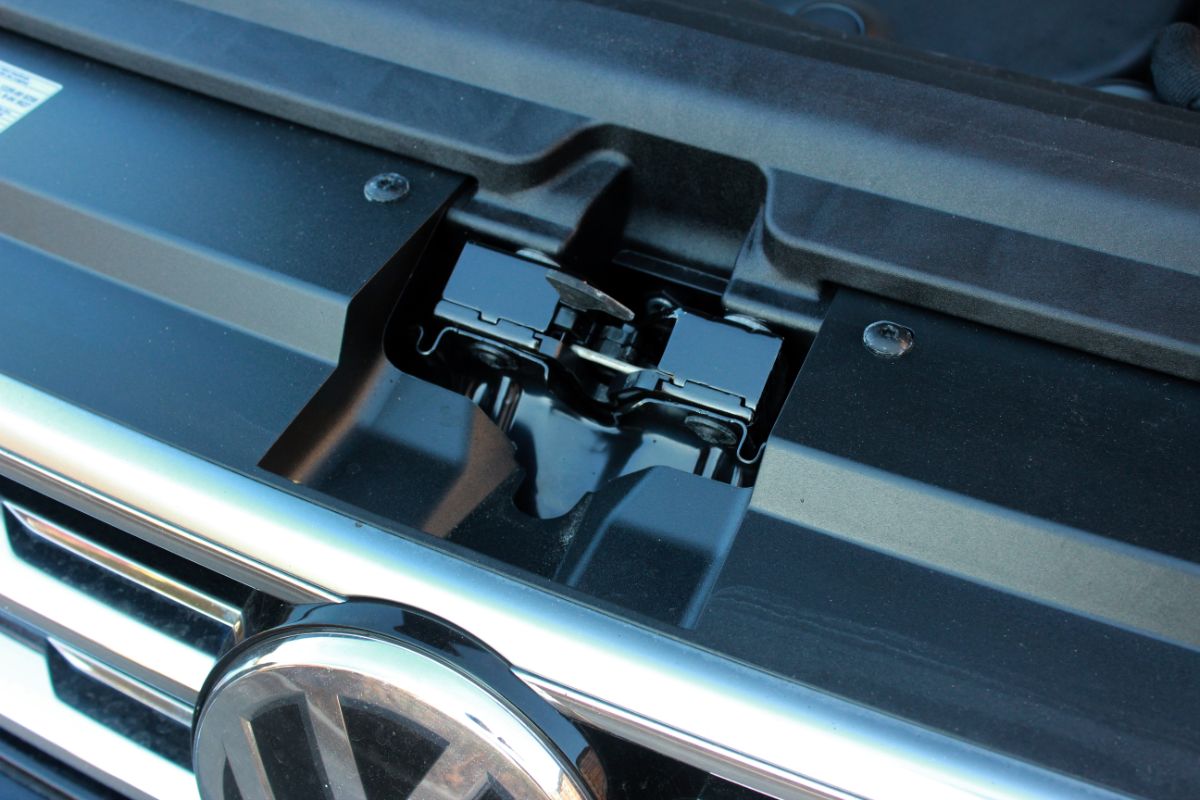 A car that looks like it’s seen a lot of care and attention will indicate to potential thieves that there might be something valuable under the hood.

There is plenty of damage that can be done without getting into the hood, and an intelligent thief who was determined can eventually bypass the lock.

Still, hood locks add an extra sense of security and an indication to potential thieves that you are likely to have other security methods, stopping them from even trying.

For something that represents a significant investment of time and money, a little vanity is warranted. An ornament is like a figurehead for your land cruiser, so it can convey a lot of personality but gives no performance benefits.

Stiff ornament stands can cause additional damage in the case of an impact, so opt for a collapsing stand, check your local regulations, and use common sense before sticking extra dangerous options on the front of your vehicle.

Regular hood maintenance involves keeping the hood free from anything that causes rusting, paint damage, and other long-term degradation while ensuring that it properly secures in place when latched or pinned.

That includes regular washing and polishing. If you notice excess flapping as your vehicle’s speed increases, do not hesitate to stop, check that the hood is secured, then drive at a slower speed until you are sure of its safety.

Minor repairs will include removing dents and repainting minor scratches. The large, flat surface of a hood is bendable with most common materials, but they can frequently be popped into their proper shape.

Minor scrapes won’t immediately cause damage, but exposed steel should be repainted to avoid rusting that leads to major damage.

Most major repairs involve a full replacement of the hood. Extensive damage or rusting is difficult to properly repair. Carbon fiber hoods can be superficially repaired, but the structural integrity is severely weakened.

Replacing the hood only takes a few minutes on most models, time varying based on knowledge and expertise.

Changing your car hood can improve the aerodynamics of the vehicle and reduce vehicle weight if a lighter material is selected. Adding features like scoops or Louvre vents improves engine performance by either helping fuel combustion or cooling the engine block.

Can You Repair Car Hoods?

Most car hood modifications are legal unless they would increase the danger to anyone hit by the car. Otherwise, be sure that they have been installed properly and check local regulations to avoid liability.