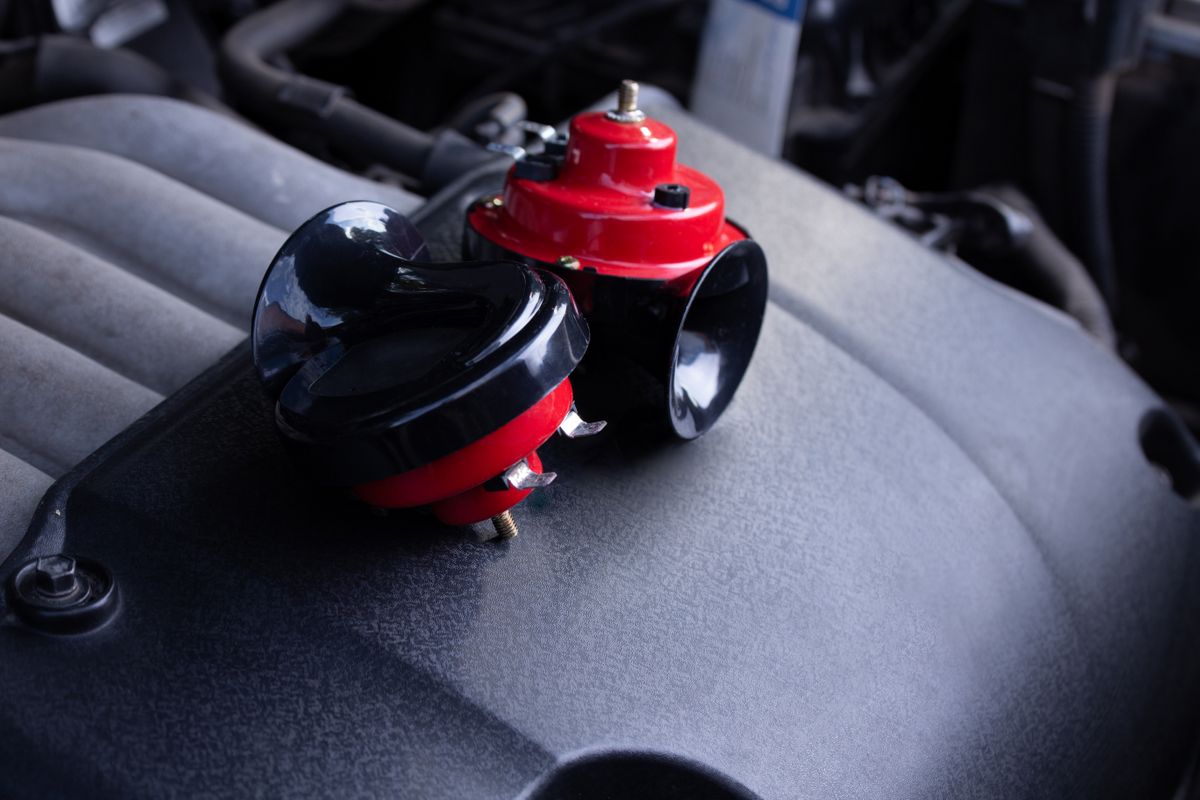 “Developing an understanding of horn honking as communication is very important because an ignorance of this cultural nuance can lead to unwarranted stress, prangs, fights, and injury when driving abroad.” – Josh Martin.

A noise survey of the Chicago area took measurements of the acoustic output of commonly used automobile horns. When standing three feet away, overall sound levels ranged from 108 to 125 dB, and frequencies of all horns measured ranged between 160 and 380 cps.

A horn’s frequency typically corresponds to the size of the vehicle—the larger the car, the lower the frequency. Accordingly, smaller cars often have higher frequency horns. Luxury vehicles offer smoother tones than the horns of more basic vehicles, which frequently give off harsher vibes.

Horns typically installed on large trucks can generate thunderous sounds at 117-118 decibels, while the frequency can range from high to low.

Leaders of some countries mandate these differences, ensuring consistency in sound level and frequency, allowing anyone in the vicinity to quickly and confidently identify the size of a vehicle headed in their direction. They wisely recognized that horn choice matters when it comes to these crucial nonverbal communications.

But, what accounts for the differences in sound level and frequency among horns for cars? 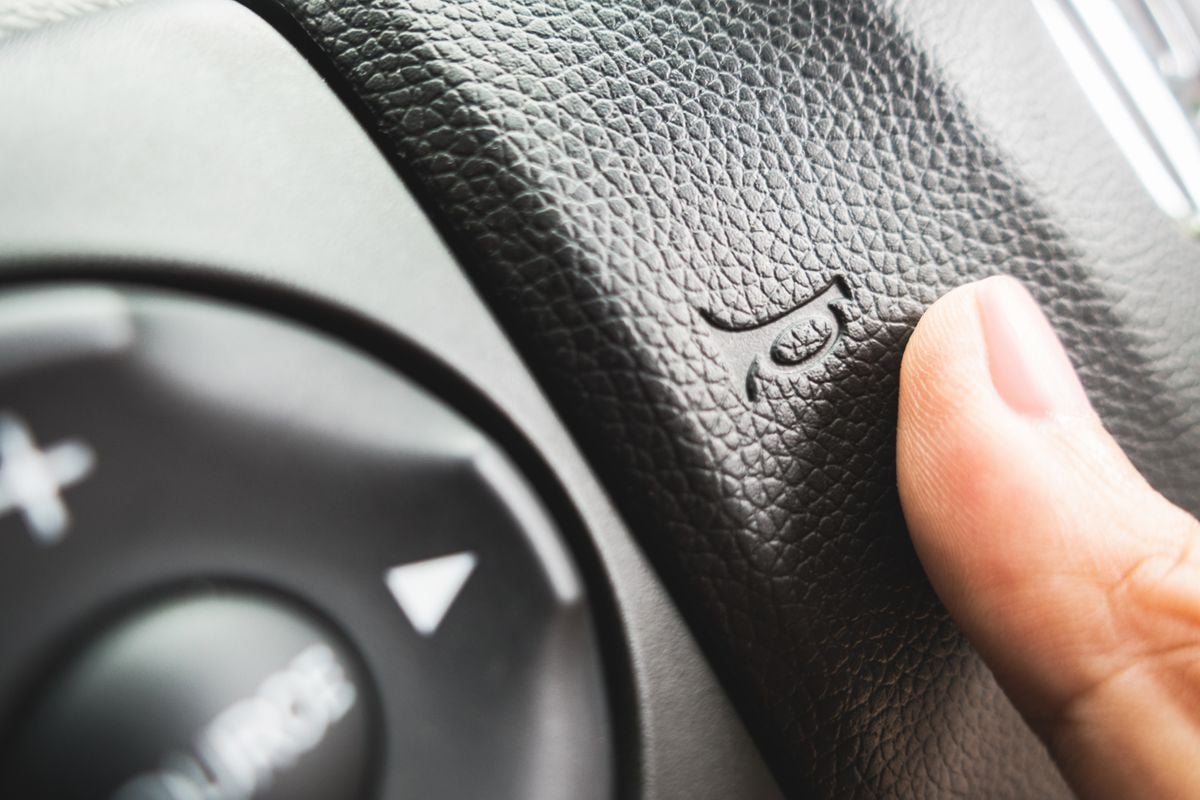 First, the type of horn used makes a difference.

There are three different types of horns commonly in use: 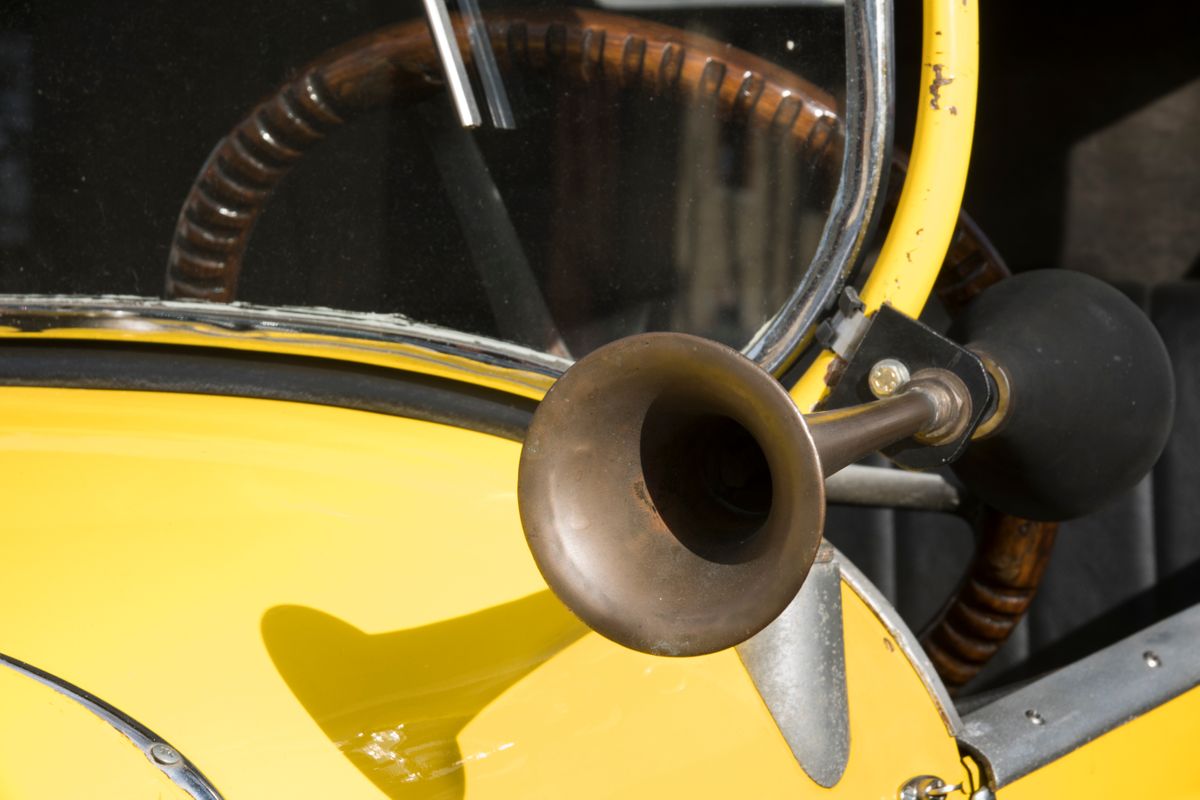 A bulb horn is simply a cone-shaped instrument with a rubber bulb on one end, which, when pressed, pushes air through the cone, resulting in sound. It is mechanical in its function and is the type of horn you often see used for signaling by bicycles. Bulb horns often require a human hand to squeeze the bulb and are not very loud when considering the speed and size of motorized vehicles compared to a bicycle or similar mode of transport.

Therefore, while cars, buses, trucks, and boats can use bulb horns, this is usually done for the sake of novelty rather than the primary means of communication. 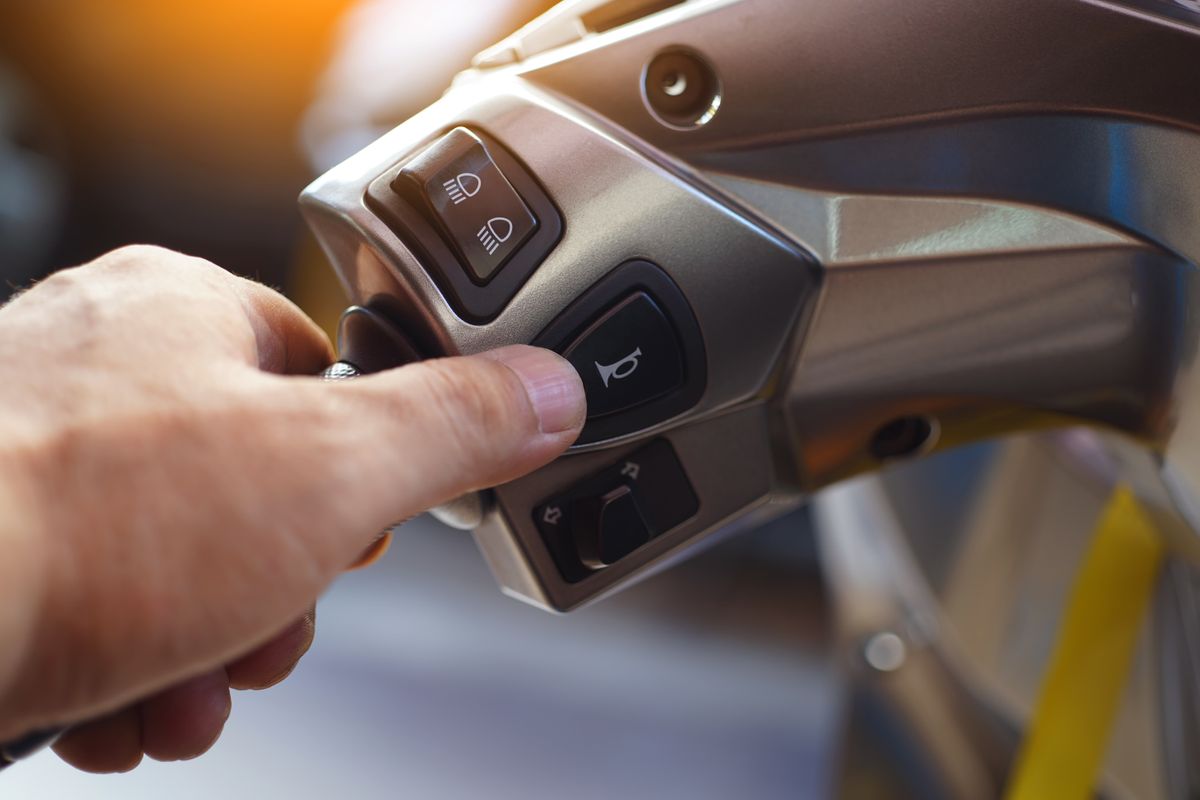 The electric horn, commonly used in modern vehicles, is a relatively simple device consisting of a few common parts.

How do these parts work together to create sound? By one description, the following process produces the sound of the horn:

Most horns of the electrical variety reach sound levels of approximately 107-109 decibels, and often the sounds we hear from the modern car aren’t created from one horn, but two; one for high notes and one for low notes. Due to the electrical horn’s ability to produce such a wide range of sounds and frequencies, it is the most commonly used type of car horn today. 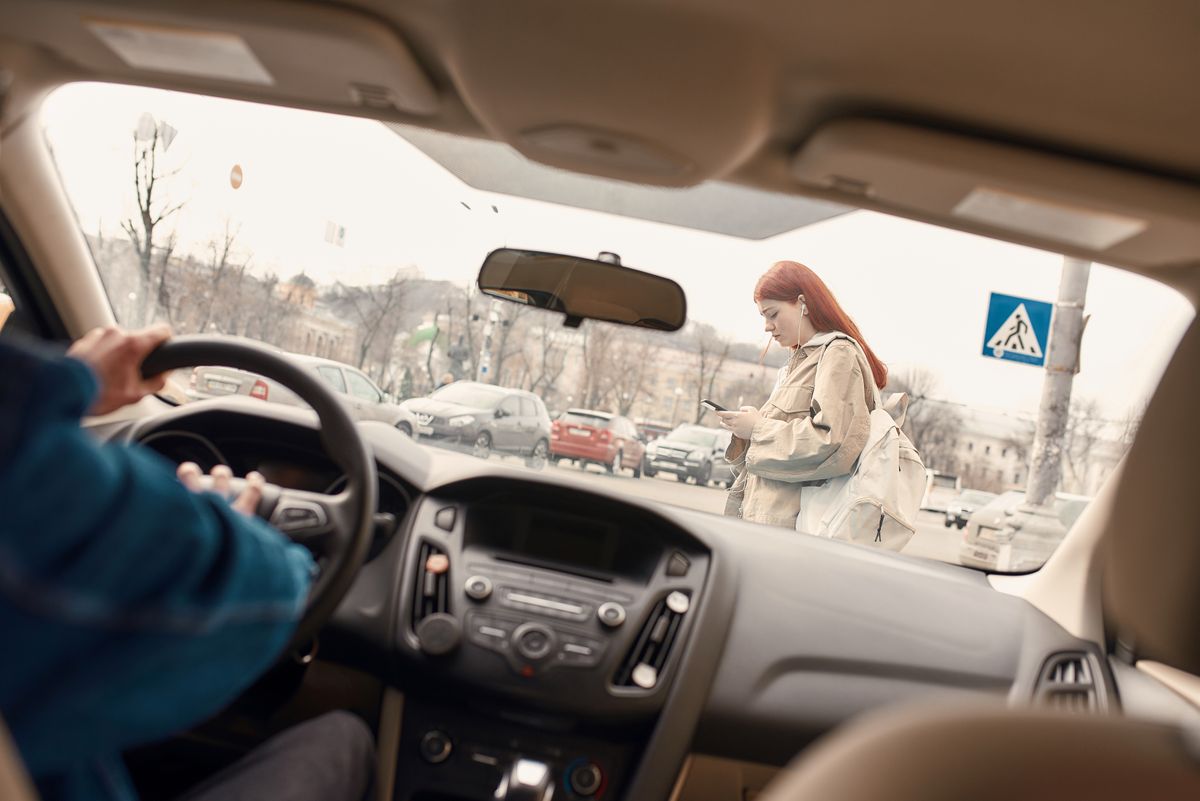 According to Josh Martin, developing an understanding of horn honking as communication “is very important because an ignorance of this cultural nuance can lead to unwarranted stress, prangs, fights, and injury when driving abroad.”

Jathla A. Mahmood agrees. In a recent publication, Mahmood argues that “honking is a language” that goes beyond its use as an expression of rage, impatience, or impending calamity.

Seeking to uncover how we use horn honking as a form of non-verbal communication, Mahmood scoured the internet, visiting blogs, forums, comments sections, and chat rooms, searching for any discussions on the subject.

It turns out that input from horn honkers across various countries and cultures indicates that horn honking is more nuanced than previously considered. In many countries and cultures, it is an essential form of communication in people’s lives and a relatively common topic of discussion among internet users globally. As Mahmood notes, “In many countries, horn honking is not just ‘rarely’ used to communicate road-related messages. On the contrary, it is used more frequently to express a variety of meanings.”

From the available data, Mahmood concludes that citizens of the United States generally limit their use of horn honking to communicate only danger or frustration. However, in other countries, horn honks express different meanings. For example, one tourist describes Italians’ liberal use of the car horn as a passionate “opera of horns.”

In her article, The Language of Car Horns On Kingston Road, Francis Wade details descriptions of 8 specific messages Jamaican drivers send and offers a translation of each sequence of car horn honks. Wade describes a two-tap “bright and friendly” Hello Honk, a three-tap Goodbye Honk that says, “I made it to my car without being robbed.“, and the Thank You Honk: “A slightly long single tap at medium volume”….which “must have a full, sincere tone…”

Some car horns sing while others chirp. To explore what creates the difference, it stands to reason that we might broaden our discussion to consider more than sound level and frequency.

Car Horn Developments: Past and Present

Early in automobile history, the 1908 Ford Model T’s horn, The Klaxon, would be uniquely recognizable among present-day horns, sending out what one might describe as a hefty “Ahooga!”

What makes the unique sound of this car horn, one that is so different from the others?

According to Matt Anderson, curator for transportation at the Henry Ford Museum in Dearborn, Michigan, “There’s an electric motor that drives it, but there’s a diaphragm that gets struck by teeth on a rotating wheel. As the wheel comes up to speed, you have that ‘ahoo,’ and as it slows back down, that ‘gah’ sound to it.”

It wasn’t until the 1930’s that the Klaxon was traded out in favor of the electric horns so common today, with one marked exception. True to its name, 1960’s Plymouth Road Runner’s horn would emit a “meep meep” akin to that sounded by the cartoon character famously known for taunting his archenemy, Wile E. Coyote.

Before the 1960s, automakers tuned most American car horns to the musical notes of E flat or C, but since then, the sound has become sharper while also rising further up the scale and is now most frequently tuned to F and A sharp.

However nostalgic this discussion of car horns might have you for Saturday morning cartoons or perhaps bathtub gin, in today’s reality, sound pollution has become a real problem that demands a solution.

But not to worry, scientists at the Journal of Low-Frequency Noise, Vibration, and Active Control, noting that the implementation of sound management strategies requires electronic controllers and sensors, have taken the case.

After embarking on a series of highly technical experiments, they concluded, in a 2019 report entitled “Multi-physics phenomena influencing the performance of the car horn,” that the ease and speed of producing microprocessors and sensors today make low-cost technology a suitable option for addressing the problem.

Honestly, I could not ascertain whether the scientists are simply using fancier scientific terms to describe current horn technology or studying some very new technology. In any case, you can check the report out and judge for yourself.

One offers two high-pitched tones close together, with the objective being a friendlier tone to tell slower drivers to speed up a bit.

Another produces a chirping sound intended to provide drivers with a means of saying, “Thank you for being a courteous driver”; in other words, a nod of approval. The third is less friendly and intended to respond to fellow drivers’ stupid and dangerous behavior.

Are we entering a new era of politeness in car horn technology? 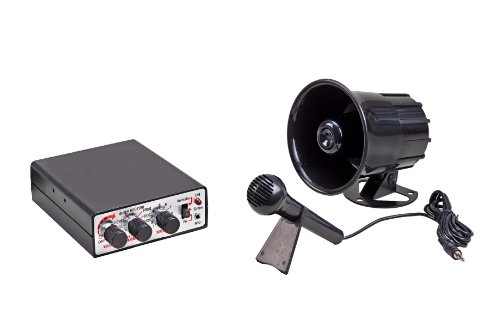 In addition to developing the kinder, gentler car horn, devices are now available that provide customized horn sounds. Drivers simply hook them up to a vehicle. Will this result in greater clarity of message intent on the road?

Here are some examples of the sounds we can look forward to honking and hearing:

Animal sounds such as:

Hmmm…I guess no karaoke then?

Some of the other sounds you can use for your car horn:

Here, finally, it seems we’ve reached the pinnacle of our scientific abilities where car horn technology is concerned. The latest type of car horn developed provides a microphone, making it possible to turn a car’s horn into a PA System.

Drivers can now honk loud and clear. The options are endless.

This type of car horn doesn’t move us any closer to solving the noise pollution problems, but at least other drivers will know what you are saying when you lay on the horn. It doesn’t get much clearer than that.