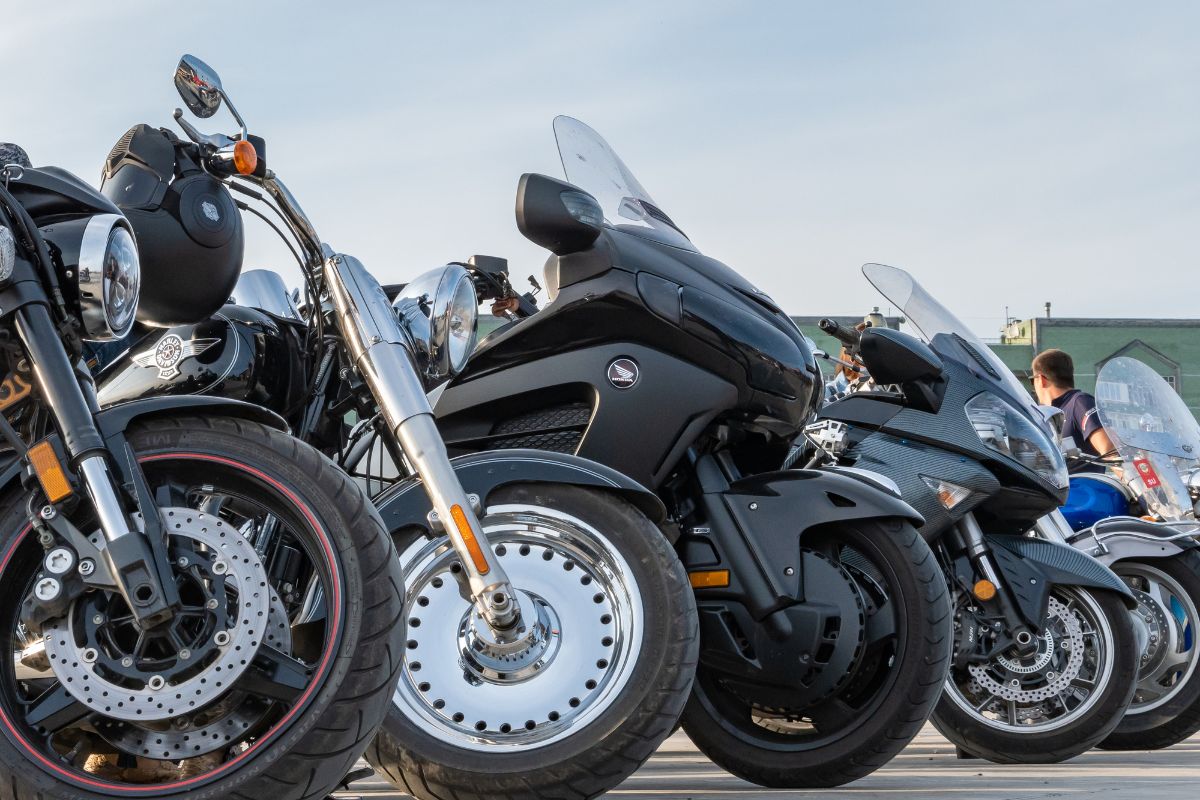 Riders love to hit the open road and feel the wind in their hair. A powerful engine between their legs and its sound reverberating through the air is enough to give anyone goosebumps.

Since I am also a biker, I will attest that there is nothing more exhilarating than riding on my Ducati XDiavel.

As I arrived home from a particularly good ride the other day, my best friend Innocent, I guess sensing the absolute contentment in my heart, asked how he could get in on the action.

“What type of motorcycle are you on the market to buy?” I asked.

He looked at me confused.

Brimming with the arrogance that always comes with being more experienced, I almost laughed in his face-but of course, didn’t. I understood where he was coming from, I had been there myself.

Because just above eight per cent of American households actually own a motorcycle, most wannabe riders like Innocent often don’t know anyone they can consult about the different types of motorcycles out there.

As a result, they sometimes end up buying a type that’s not suited to their needs and interests. Only to later regret buying the type of motorcycle they had.

With the above in mind, I energetically listed, described and explained to Innocent the 12 different types of motorcycles available. 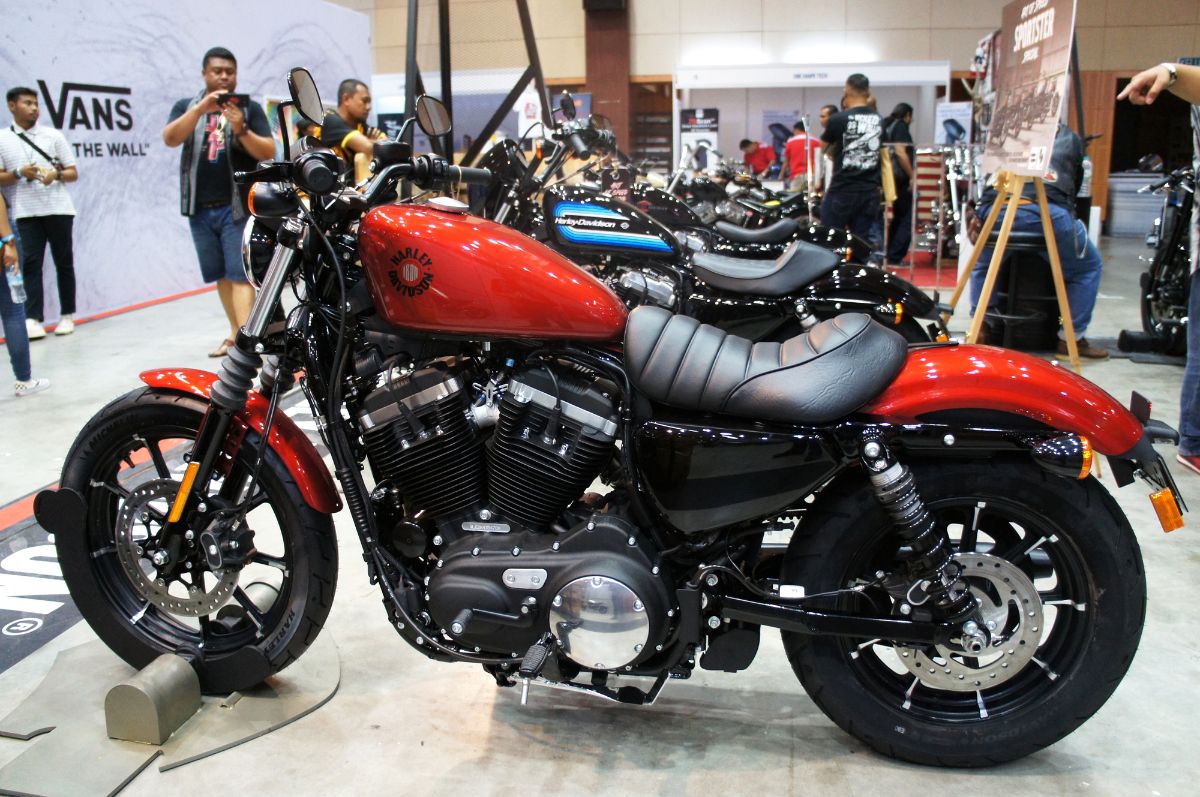 Cruiser-type motorcycles are very popular. This is because they offer the rider a sense of power and control, while still being very comfortable.

Iconic, sleek and stylish cruisers are considered top of the range and generally expensive.  Cruiser motorcycle makes are considered among the best. They  include Harley-Davidson, Honda and Indian.

As their name suggests, they are built for cruising. Their seats are often large and cushioned, so they have plenty of room for the rider to move around.

They are heavier than most other bikes and also very durable, so you can take them on the highway or off-road without worrying about them sustaining damage. Cruisers come in a variety of colours and styles, enabling you to choose one that matches your personality. 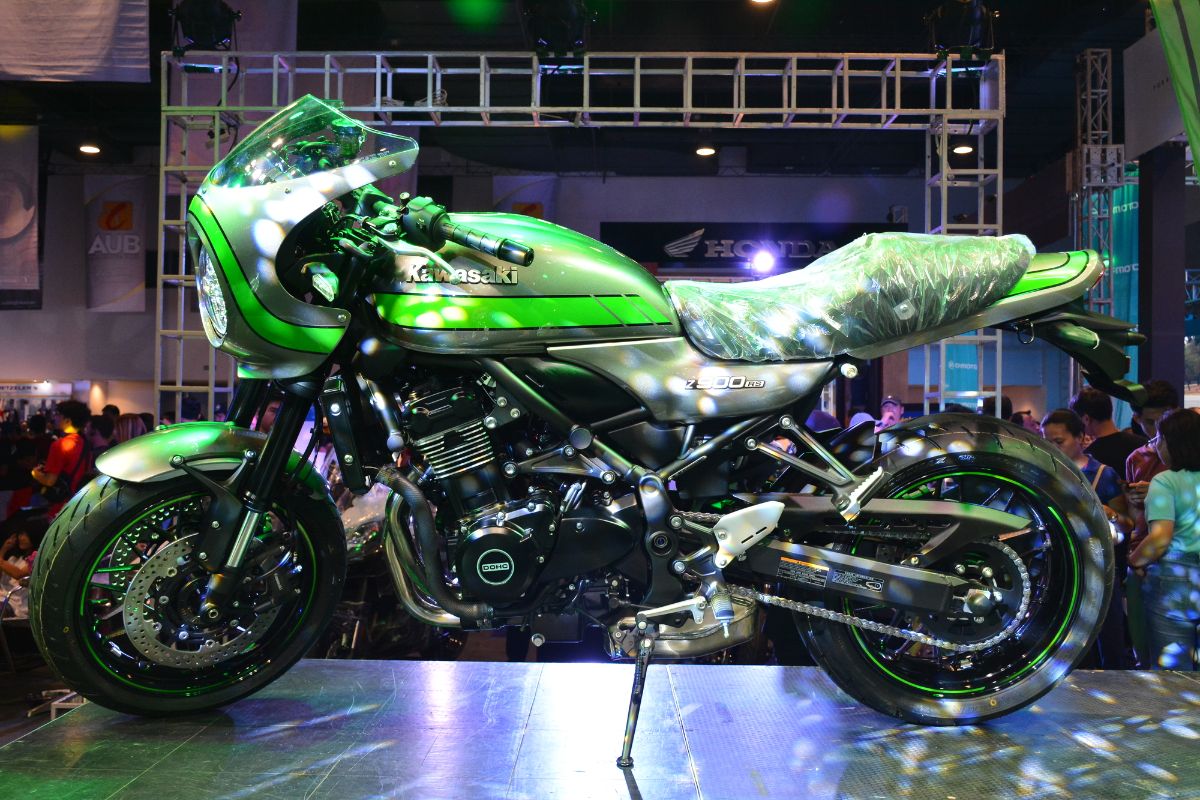 Standard motorcycles are the oldest motorcycle-style manufacturers have been producing. The earliest makes of these were Husqvarna’s Vitpilen and Svartpilen motorcycles.

Now stripped down, the latest standard motorcycles lack a fairing (an external metal or plastic structure added to decrease drag). In other words, a windshield. Consequently, the more modern and latest versions of standard motorcycles have been appropriately called Naked bikes.

Standard type motorcycles have a riding position midway between the forward rotated position of a sport bike and the reclined arrangement of a cruiser. Due to such “nakedness”, they are often lighter and more agile than their full-bodied counterparts. 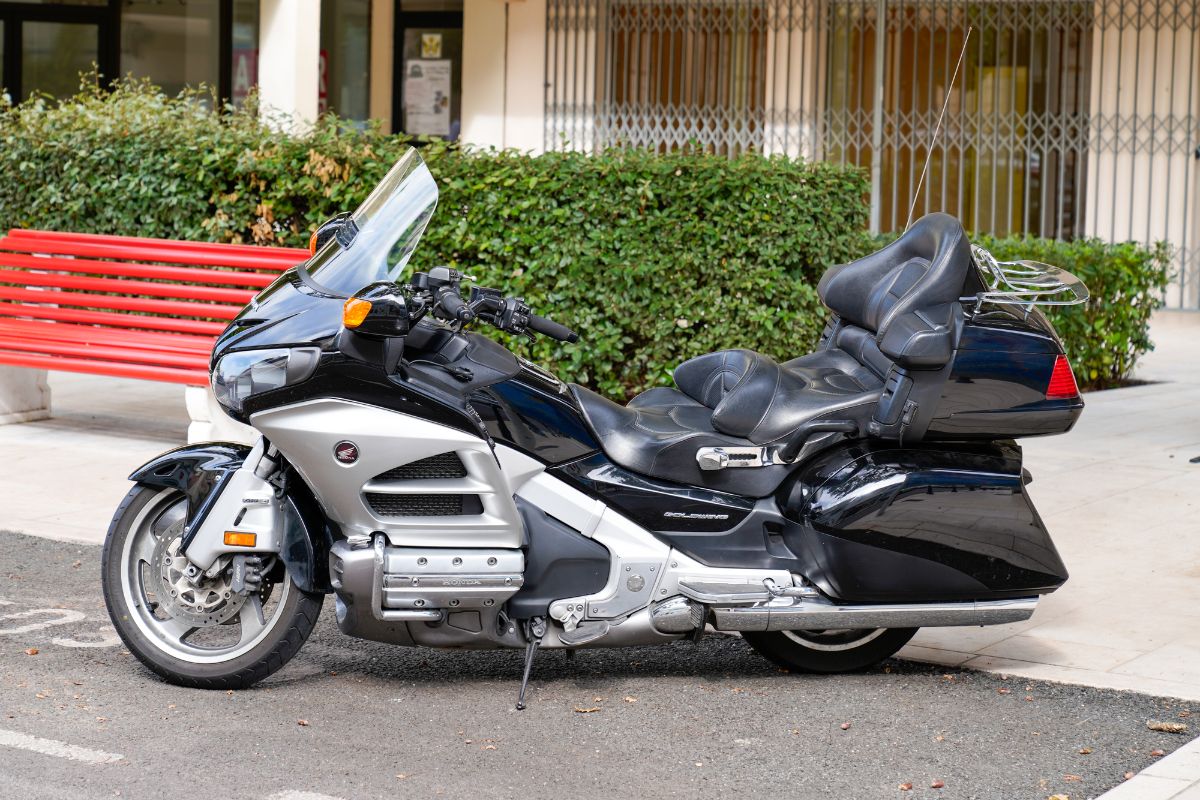 This is when their features of heated grips and wind protection come in handy. Often considered cousins to cruisers, makes and models of this type of bike include the BMW K160 GTL, Honda Gold Wing and the Harley-Davidson Electra Glide.

These motorcycles come in relatively lightweight to heavy designs, making them easy to transport, but at times they are too heavy for new riders. 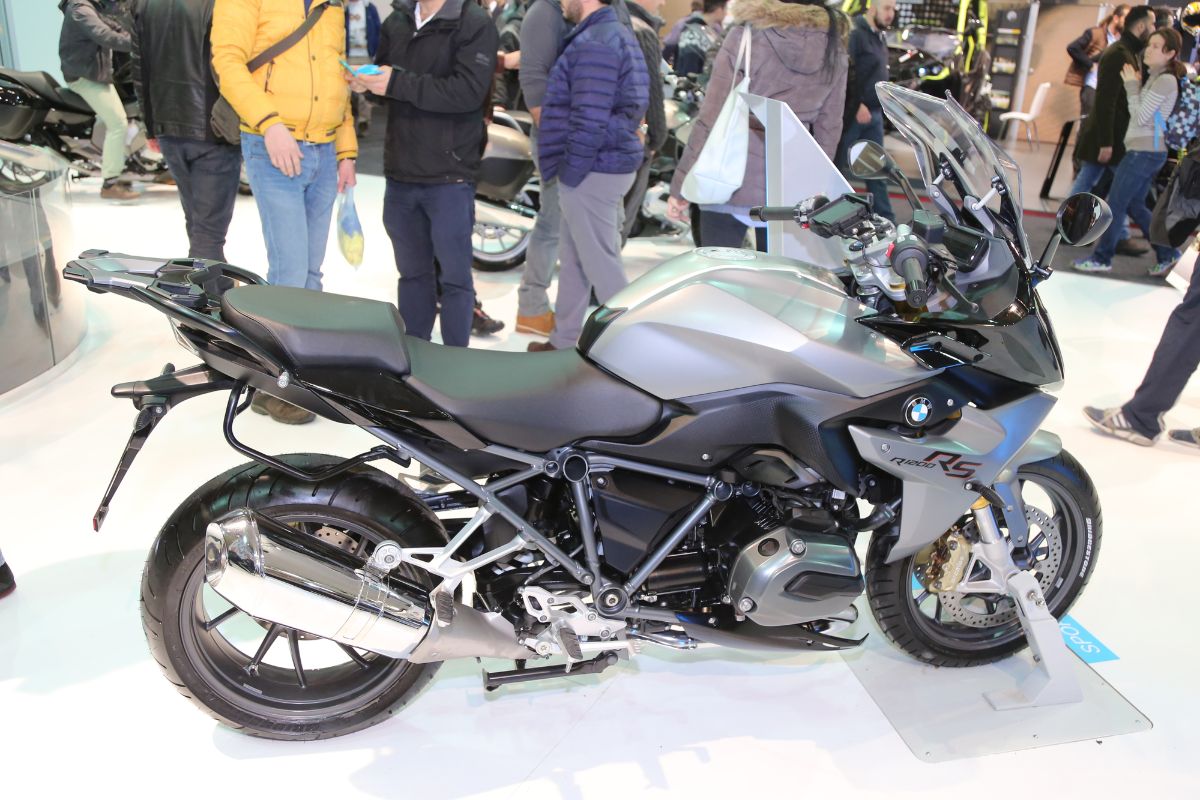 Sport touring motorcycles are designed for high-speed travel on paved roads. They are built for maximum power and acceleration and will typically have a large engine, a long wheelbase, a high ground clearance, and a lightweight.

Sport-touring motorcycles are typically designed to accommodate a rider and passenger. As such, their design features provide comfort for long-distance travel. 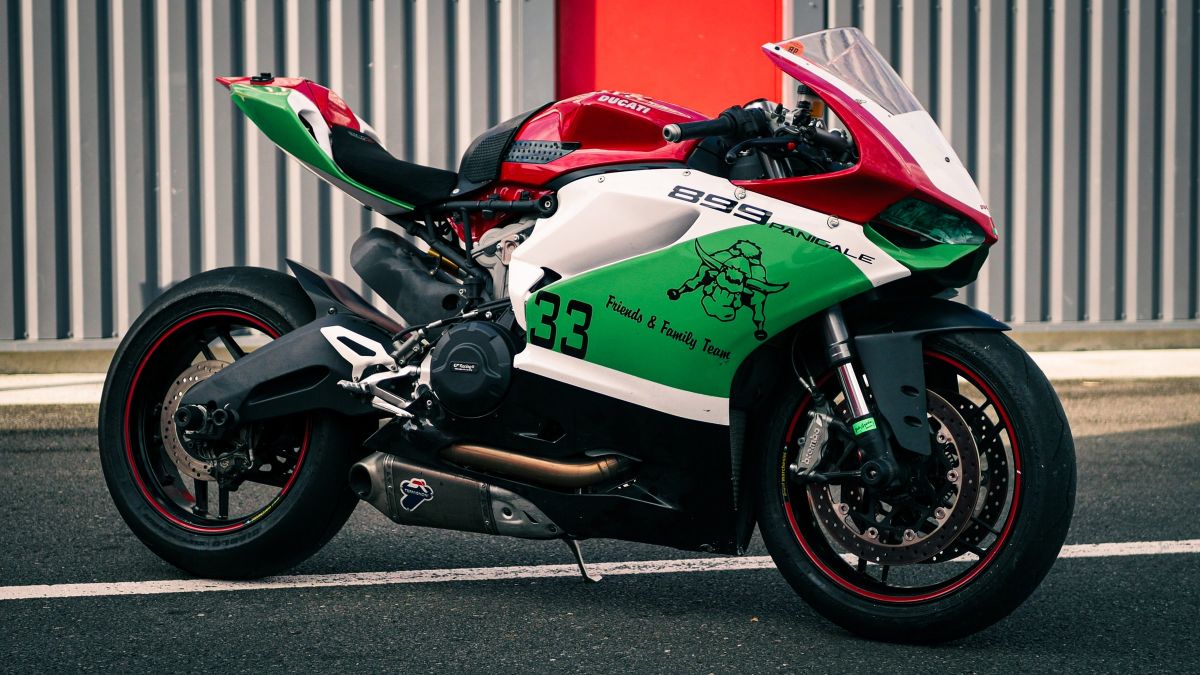 Primed for track riding, fast riding, or casual weekend riding, these cost-effective bikes are designed for speed and agility. Offering the most advanced motorcycle design technology available, these motorcycles’ slim body is fitted with complete fairing and a low windshield to maximise aerodynamics.

Sportbikes are customizable, making them popular with riders of all types. Options, however, vary depending on engine size and power.

Some of the best examples of this type of motorcycle include the BMW S1000RR, Ducati Panigale V4R and Kawasaki Ninja 125.

Punchy and designed for optimum speed, these motorcycles’ engine sizes typically range from 125cc to over 1000cc, meaning that sportbikes are particularly high-speed vehicles.

Despite this, however, they have great gas mileage. They can’t be ridden by all types of riders though. The speeds sport bikes achieve can only be handled by intermediate or advanced riders.

If you are an experienced rider and have a need for speed, then sportbikes are just up your alley. 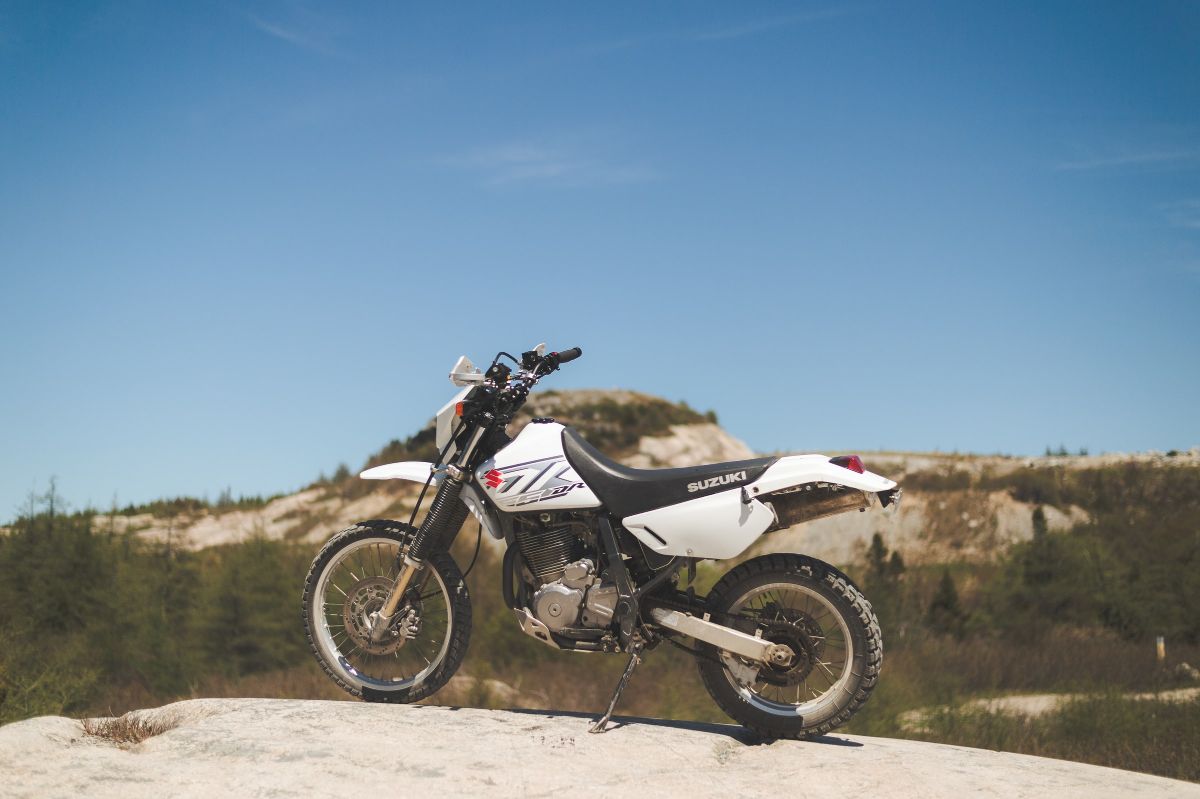 Blended with the best aspects of the street-savvy commuter with the reinforced components of the off-road, this type combines  mountain-capable engines with an enhanced suspension system.

It is typically built on a dirt bike frame and is often used by those who want to explore dirt roads or trails but still need to be able to get back to paved roads for commuting or for maintenance.

Dual sport motorcycles are not typically built for racing or speed but are more for those who want to have the best of both worlds. 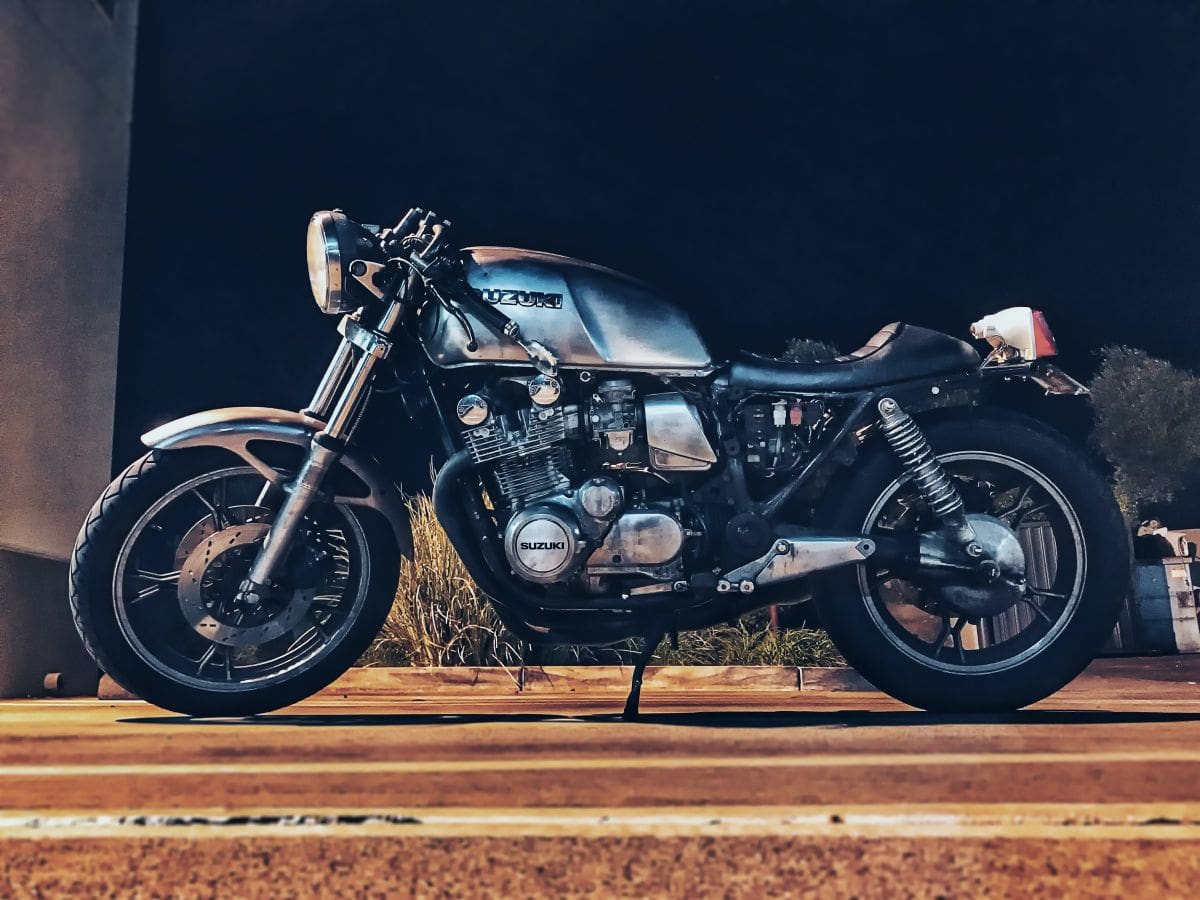 First popularized in the 1950s and 1960s’ pop culture, modern classics have retained their stylish, versatile vintage look and yet modern performance and fuel efficiency.

Ideal for fun-loving adventurous types, these quirky motorcycles are easily collectable. Featuring low seats and modern components like fuel injectors and a single-cylinder engine. Examples of modern classics include the Royal Enfield 350cc, Honda CB350RS and the all-new Classic 350.

If you want to roll out in style and without sacrificing performance, then you should consider getting a modern classic. 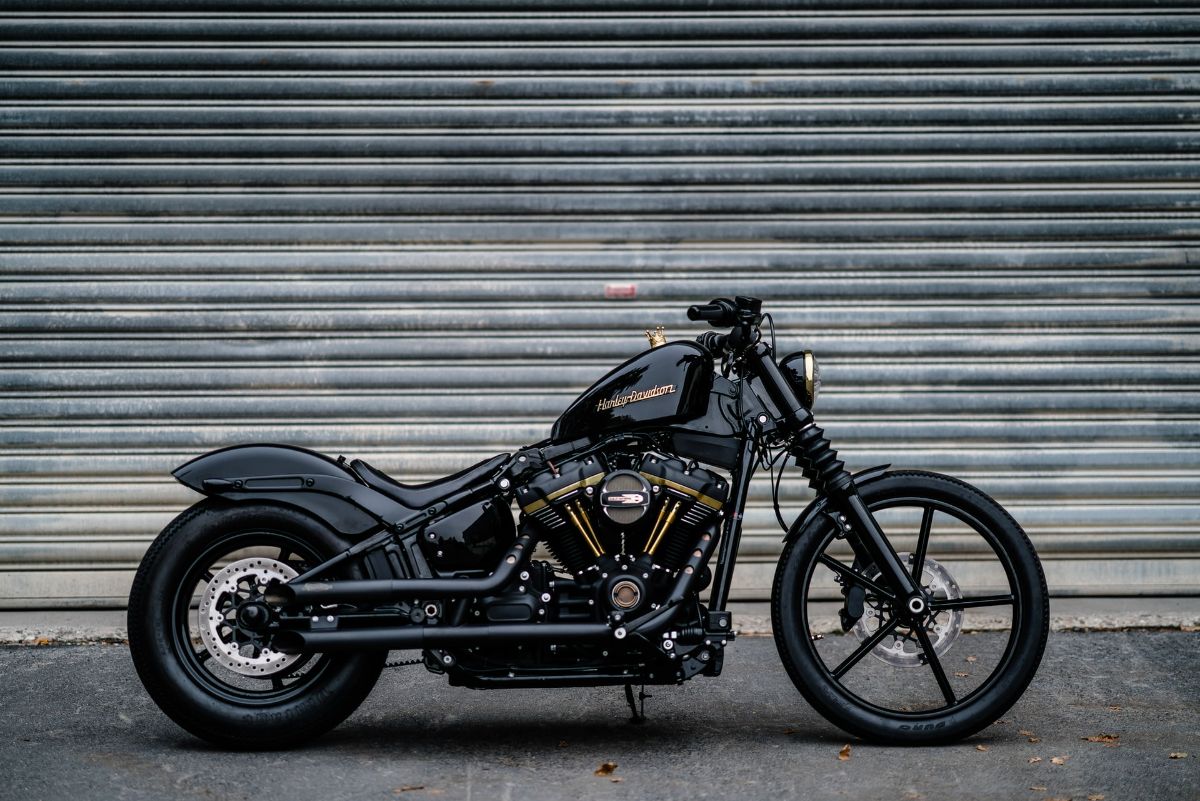 What’s the first thing that comes to mind when you think of a chopper motorcycle? Long and sleek, with a low profile, it’s no wonder that chopper motorcycles are popular among those who enjoy a more unique ride.

First appearing in California during the late 1950s, these vintage motorcycles are characterised by their lengthened forks which give them a stretched-out appearance.

Some examples of chopper type motorcycles are The Geico, The Black Widow, Fire Bike, The Anti-Venom, The Eragon, Bebop Bike and The Christopher Reeve Bike.

With this custom frame, the rider has a better view of the road, which means that you’ll be able to see obstacles and pedestrians in your path. 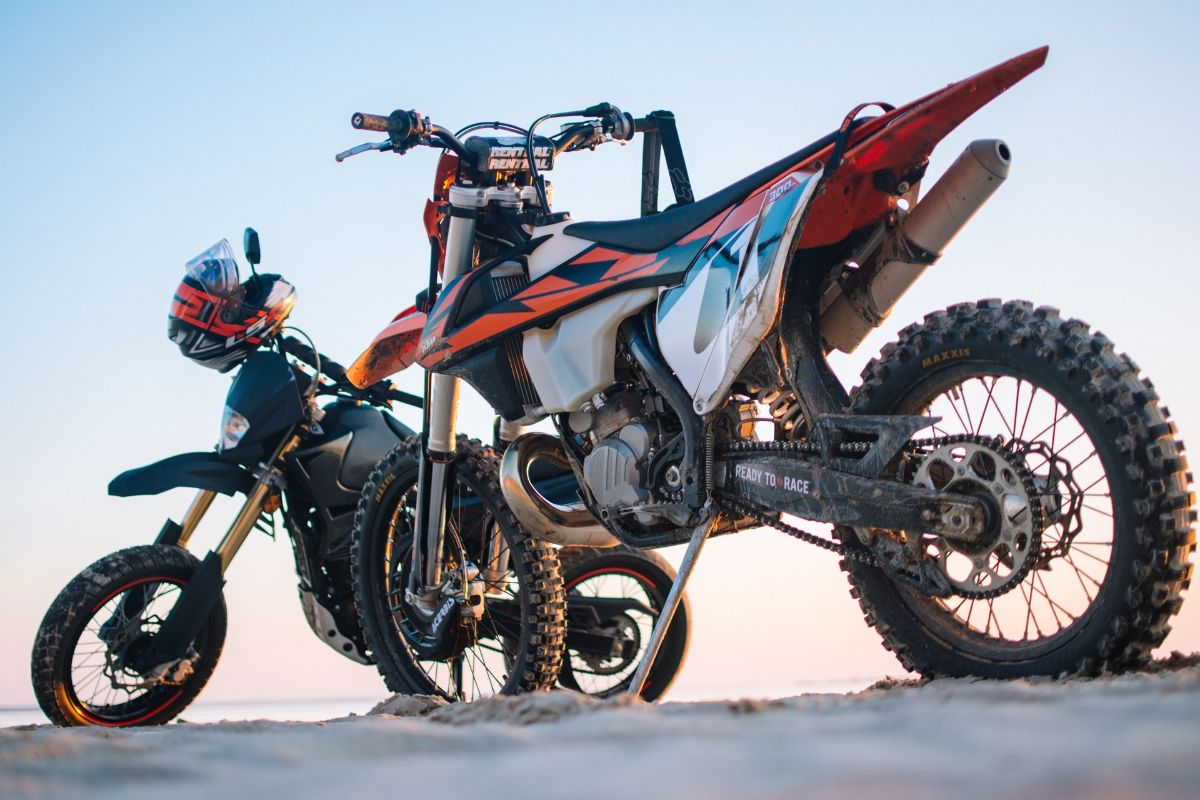 Dirt bikes are two-wheeled motorcycles designed for off-road use. They have a two-stroke engine and can be ridden on a variety of terrain, from off-road to paved roads.

Coming with a front and rear suspension system, they are designed for your comfort while riding them on rugged dirt off-roads. Dirt bikes are usually single-track vehicles but can also be dual track. These types of bikes are perfect for the rider who wants to explore different types of terrain. 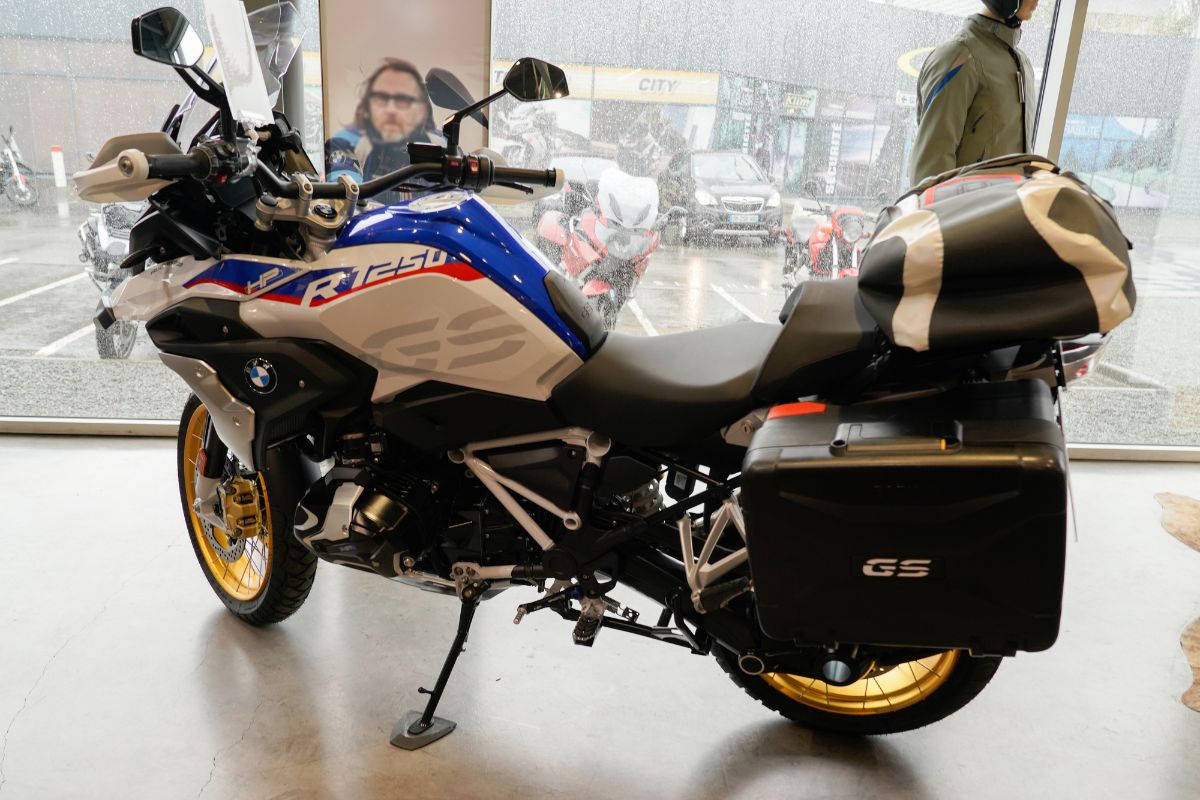 First introduced to the world in 1980 by BMW Motorrad, the first motorcycle in this particular segment was the R80GS- a ruggedized R80-engine mount that, in 1981, then went on to win the Dakar Rally.

These bikes were purposely built for wealthy freedom-minded adrenaline junkies. With cutting-edge technologies such as multi-cylinder engines,  adventure motorcycles are made for more than just the daily commute.

While rugged, reliable, and perfect for tackling rough terrain, they are also among the most advanced and expensive performance motorcycles on the planet.

Amongst the best adventure motorcycles on the market are the Harley-Davidson Pan American 1250 Special and the BMW R1250 GS Adventure.

Adventure motorcycles are made for two-up riding, and they can be ridden across different types of terrain with ease. However, when purchasing one, it is advisable to seriously consider your skill level as their powertrain requires expert skill-adventure bikes are no child’s play, they could practically be to die for. 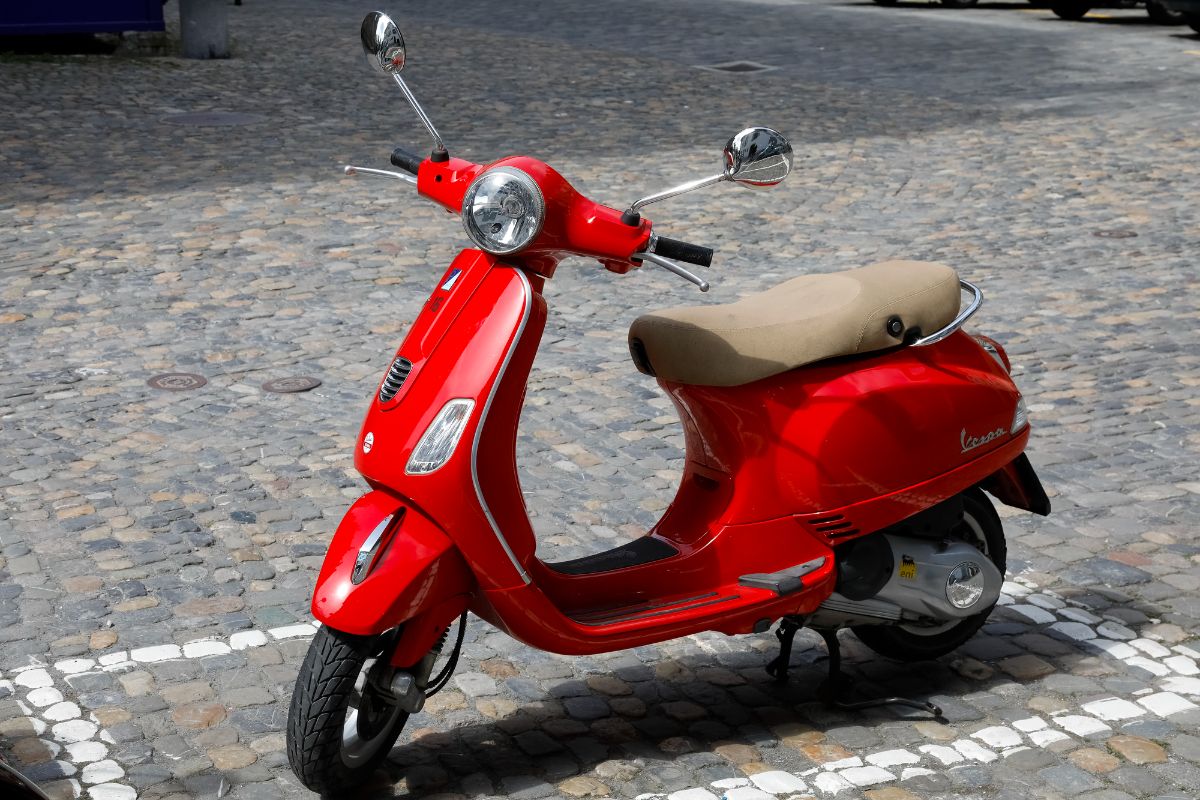 Scooters are compact two-wheeled motorcycles. They are typically designed for one person. Their engines (50cc-to-150cc) are usually under the driver’s seat, with the handlebar for steering directly attached to the rear axle.

This tends to lower the suspension of the scooter. They feature automatic CVT gearboxes which make it easy for them to ride.  Most are equipped with eco-friendly 2-to-4-stroke motors which provide excellent fuel efficiency.

In comparison to other types of motorcycles, scooters have bodywork to conceal all mechanicals.  Examples of scooters include the Vespa, Lambretta, Suzuki 50cc, Honda NC700D Integra, Aprilia Mana 850, Suzuki Choinori.

Small in stature, they can easily negotiate and breeze through traffic. Scooters are often used as a mode of transportation for short distances, such as going to the grocery store or school.

They are also popular for recreational use as well as for business, as they are great for runabouts, errands and deliveries. Scooters are popular and quiet prevalent in Asia and Europe. 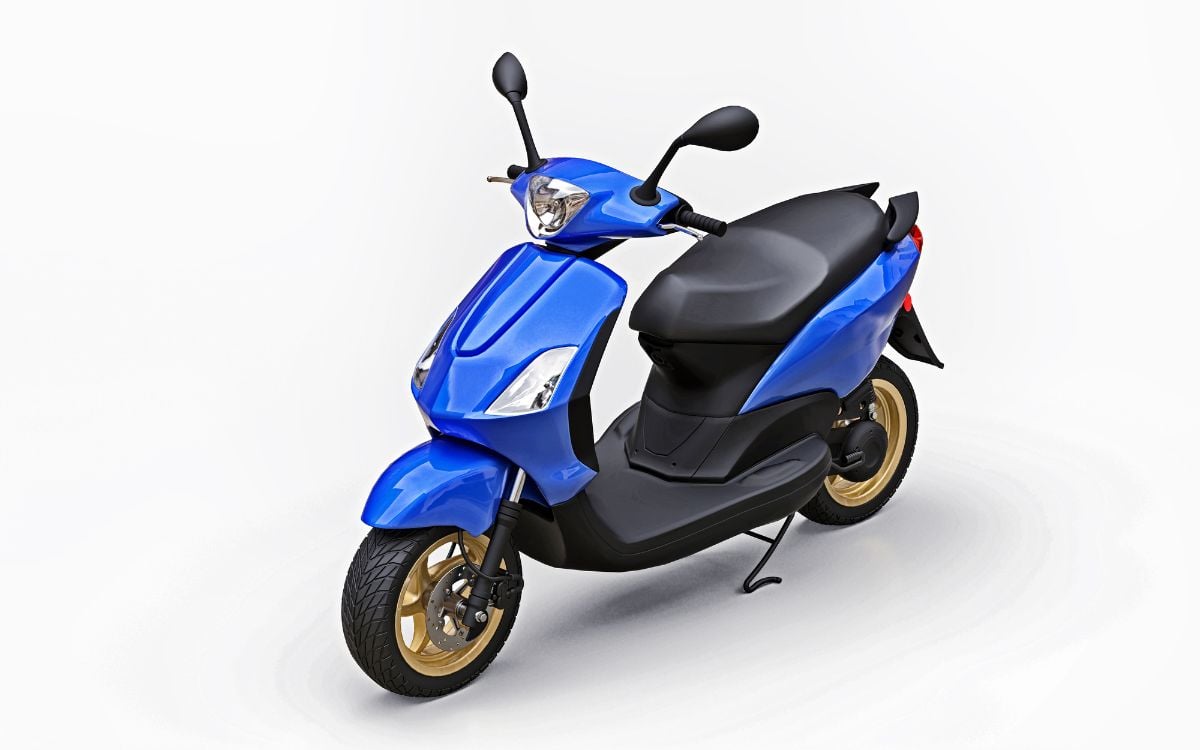 The smallest two-wheeled vehicle is the moped. It is defined as a pedal bicycle with a helper motor or a non-pedal bicycle with a motor and automatic transmission.  This motorised bicycle is driven by a small engine (50cc or less) and is usually not more than 50cc.

As such, it can rarely reach maximum speeds of more than 30-miles per hour. Examples of mopeds are the Izuka Cyclope, Honda Hobbit and Velo Solex.

The scooter-like vehicle is small enough to fit in a car trunk and can be ridden by people of all ages. It’s fast, fun, and easy to use. The perfect vehicle for getting around town, to work, or for leisure.

It’s hard to believe that such a fun and easy way to get around is so affordable. You can buy either a moped or a new scooter for as little as between$500 and $700, and with a little care and maintenance, it will last for years.