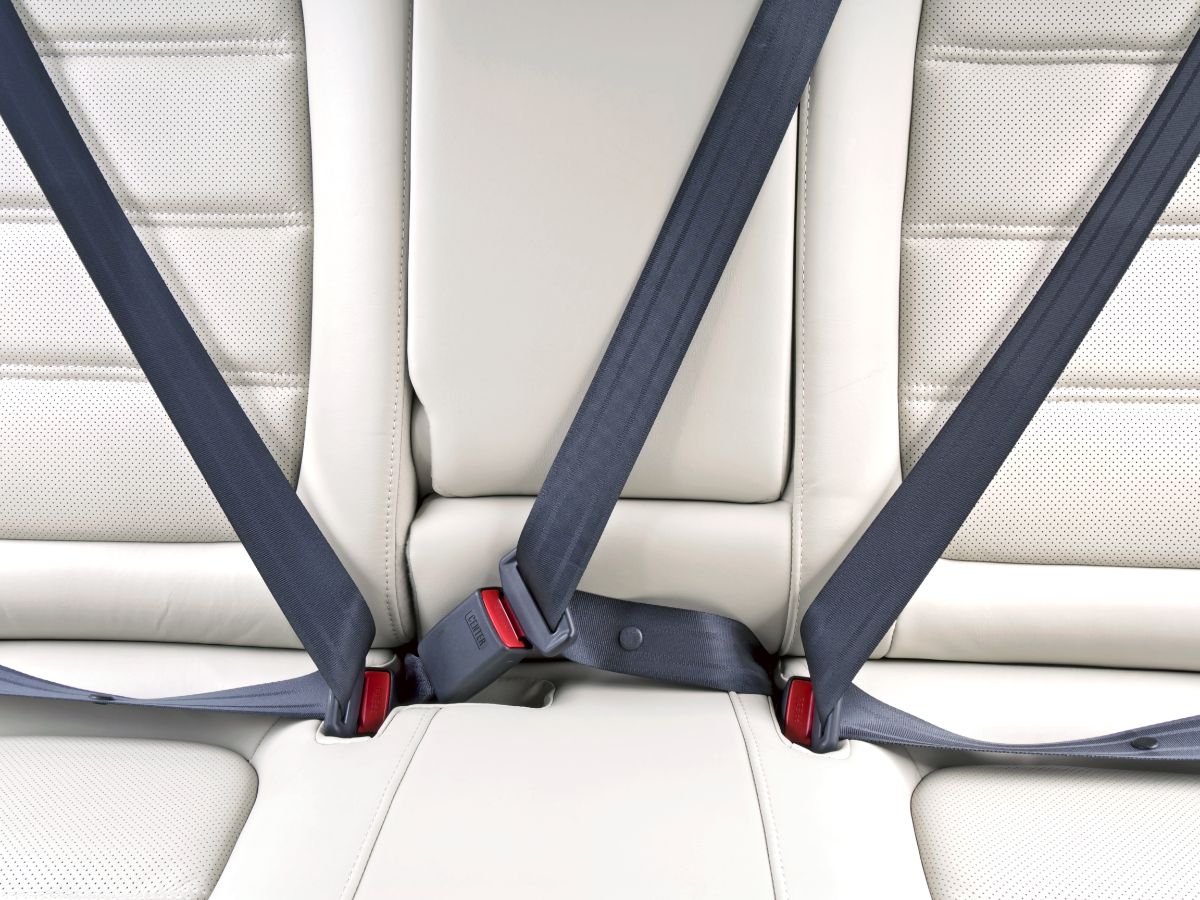 I remember being involved in a car accident in Jamaica many years ago. The young woman in the front of the taxi got a huge gash across her forehead after being thrown forward into the windshield.

Ever since then, I’ve learned the importance of not only wearing seatbelts but also that there are various types of seatbelts. Seatbelts can sometimes fail, more often than you think.

There are around 3 million injuries as well as 40 thousand deaths per year from seat belts that don’t work as expected in car crashes, according to the National Highway Traffic Safety Administration.

It shouldn’t take disasters for us to pay attention to these things, so let me help you delve into the variety of seatbelts available, as well as their pros and cons, and of course, his to use them appropriately.

Types of seat belts in cars

Since the 1980s, when seat belts were first introduced, they have expanded beyond the front seat into almost all parts of the car.

There are seven types of seat belts for cars. The newest type is the seat belt airbag that companies like Ford and Mercedes have been exploring and utilizing. 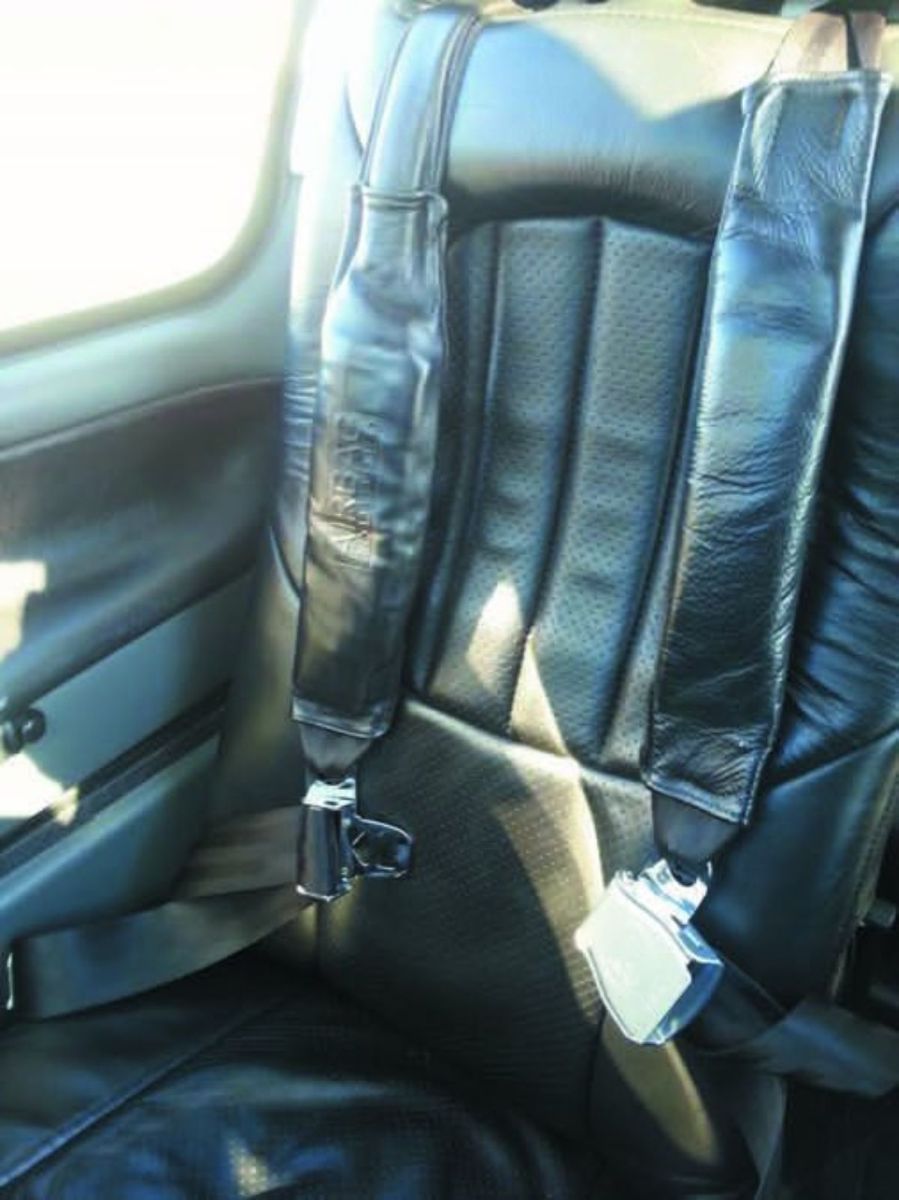 A high-tech combination of airbags and seat belts, inflatable seat belts provide additional passive protection for adults in the case of a collision.

Adult passengers in today’s vehicles benefit from airbags added to their vehicles, which provide an additional layer of safety. Even though these life-saving devices provide excellent protection for adults, they might be difficult to install in a vehicle.

For both design and function, inflatable seat belts differ from standard vehicle seat belts. Adult bodies are highly protected in car crashes by using both inflatable and regular seat belts.

Airbag seatbelts have been given the seal of approval by several child car seat makers, such as Graco. Ford, including the Lincoln brand, is the only company that has received these approvals to date.

Confirm with the car seat and vehicle manufacturers that they permit the installation of a car seat having a seat belt that’s inflatable before you go ahead and do it.

According to Consumer Report, seat belts that inflate are advantageous in two ways: To begin with, by distributing the force of the impact over a larger area of the body, they may reduce the likelihood of a chest injury.

Another benefit is that it reduces forward movement and head injury risk by increasing belt-tightening, which occurs when the bag is deployed.

Unlike other types of seat belts, the switchable locking retractor on inflatable seat belts is located at the bottom of the belt, where the lap belt connects to the vehicle’s body.

Seat belts must be locked at the lower retractor during installation of car seats in seating positions with inflatable seat belts, even if the car seat includes a built-in latch offs which are allowed to be used with inflating seat belts.

After allowing the lap belt to fully extend, slowly draw it back into place to activate this locking mechanism. Depending on the car seat and the vehicle, this may be simpler to do once you’ve placed the seat.

Always read and follow the instructions in the owner’s manual for the automobile as well as the car seat. 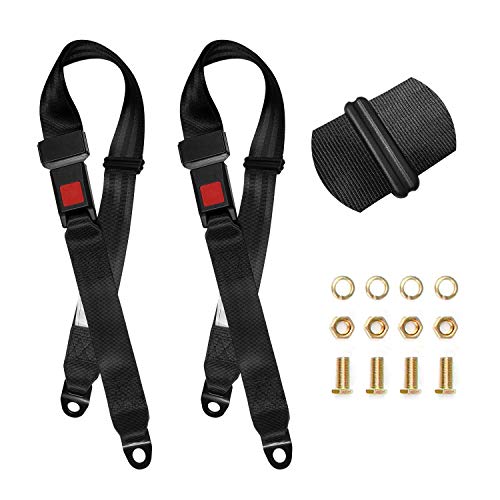 The two ends of a two-point belt are attached at both ends and it has two mounting angles, one on each side of the seat belt. They will match multiple applications needing very little to no adjustments to your vehicle.

These seat belts are generally the minimum required seat belts in many cars and trucks manufactured before 1967. Check with your local DMV for the minimum safety belt requirements.

Which Seat Belt Will Fit My Car?

Most Two-Point Lap Seat Belts are universal fit, which means they are designed to be generic to cover as many applications as possible.

It is important to check your seat belt mounts and measure the seat belt length you need before you purchase your new seat belts.

How did two-point seatbelts come into play?

To stay in control of his aircraft through air pockets and general rough flights, pilot Benjamin Foulois of the U.S. Signal Corps’ Aeronautical Division initially utilized a modest strap in early 1910.

When Barney Oldfield’s crew decided he needed a “protection harness” for his Indianapolis 500 race, they turned to the Irvin Air Chute Company to have a seat belt created. 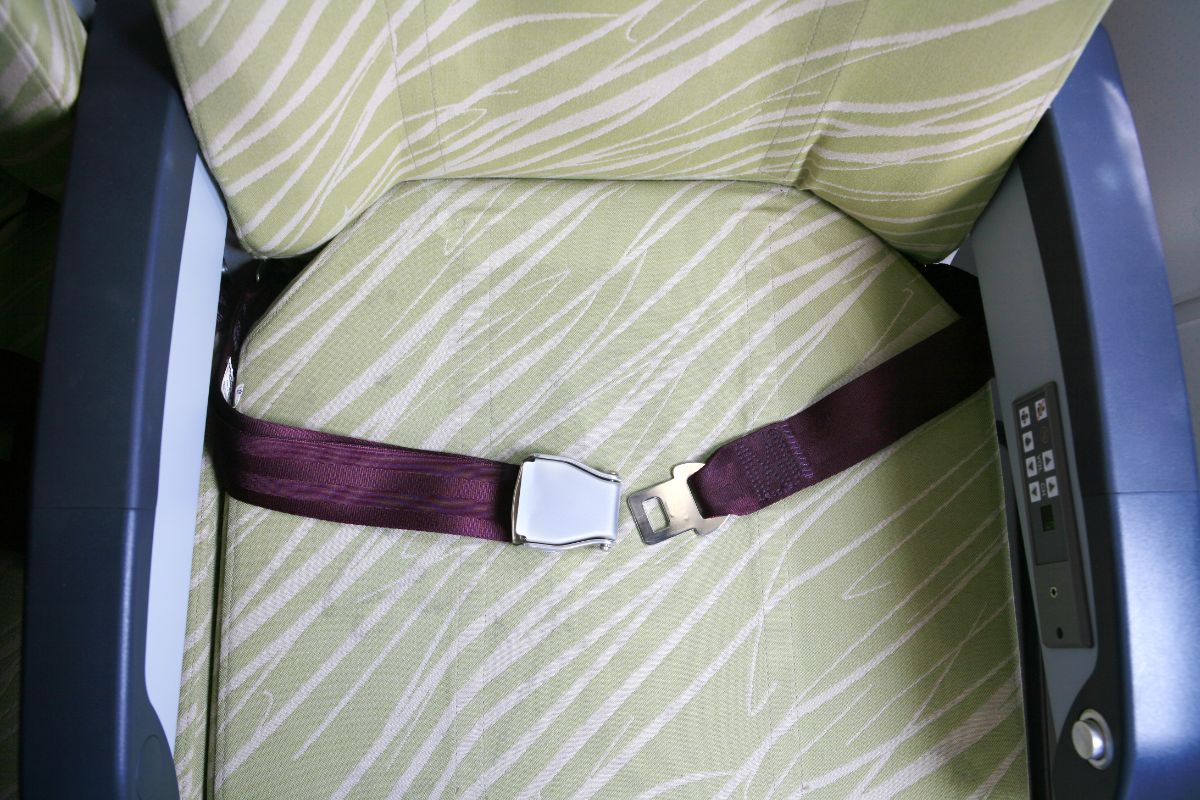 Belts that go around the waist are known as lap belts. Before the legislation requiring three-point belts, this was the most prevalent variety and is present in older vehicles.

As with airplane seats, coach seats are provided with lap belts. However, some improved coach seating provides three-point belts.

A lap safety belt that retracts automatically was invented and patented by Professor James J. (Crash) Ryan. The study of Ryan was mentioned by Ralph Nader in his book Unsafe at Any Speed.

That year, the United States President Lyndon Johnson ratified dual measures mandating the use of safety belts in all passenger automobiles as of 1968. 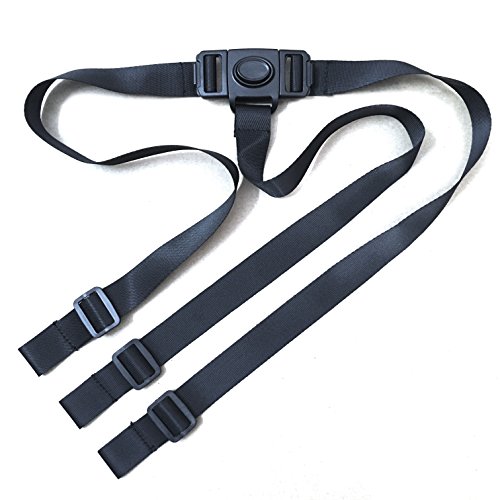 Three-point seatbelts were only generally available in the front-outward seats of automobiles until the 1980s when lap belts became more widespread in the back seats.

After research showed that lap belts could separate the lumbar vertebrae or perhaps cause paralysis, as well as “seat belt syndrome,” roughly every industrialized nation gradually revised their passenger safety guidelines.

That move was to necessitate three-point belts initially in all outboard seating situations, then ultimately in all situations in automobiles. Lap belts.

All new cars sold in the United States from September 1, 2007, must include a shoulder as well as a lap belt in the middle back seat.

The “seat belt syndrome” has resulted in penalties for automakers in addition to legislative reforms. In Los Angeles, Ford got hit with a $45 million jury verdict that the court of appeal upheld back in 2006, concluding with a $30 million award. 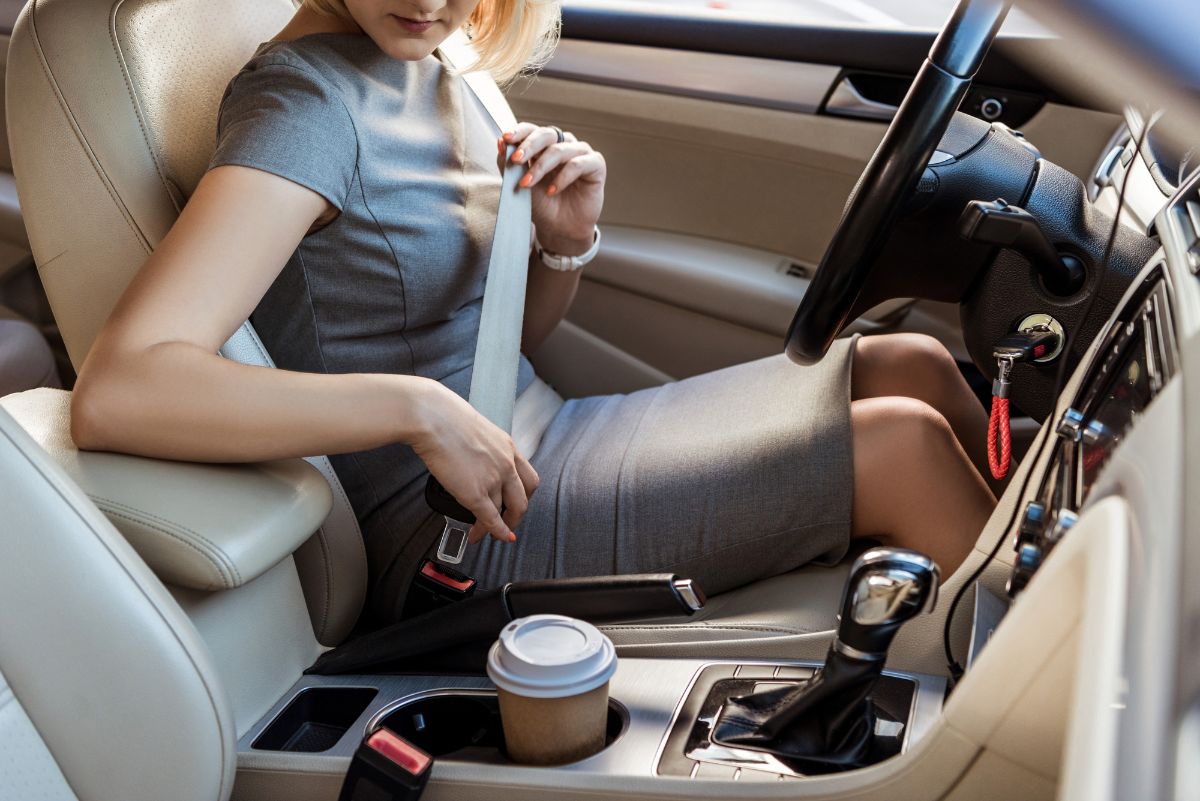 It is a strap that runs diagonally across the outboard shoulder of the car passenger and they buckle it into place in front of their lap.

Since the introduction of the NHTSA’s Federal Motor Vehicle Safety Standard 208 on January 1, 1968, many automobiles in the North American market have had separate or partially-separated shoulder harnesses installed.

That is alongside lap belts when sitting in the front seats. It is, nevertheless, possible to “submarine” in a head-on collision if only the shoulder strap is employed, and the passenger ends up sliding from beneath the seat belt when pushed forward.

Even though three-point belt systems like Chrysler’s “Uni-Belt” had been available in European-made vehicles like Saab, Mercedes-Benz, and Volvo for some time by the mid-1970s.

So the implementation of the separate lap, as well as shoulder belts on American-made cars, started late in the game. 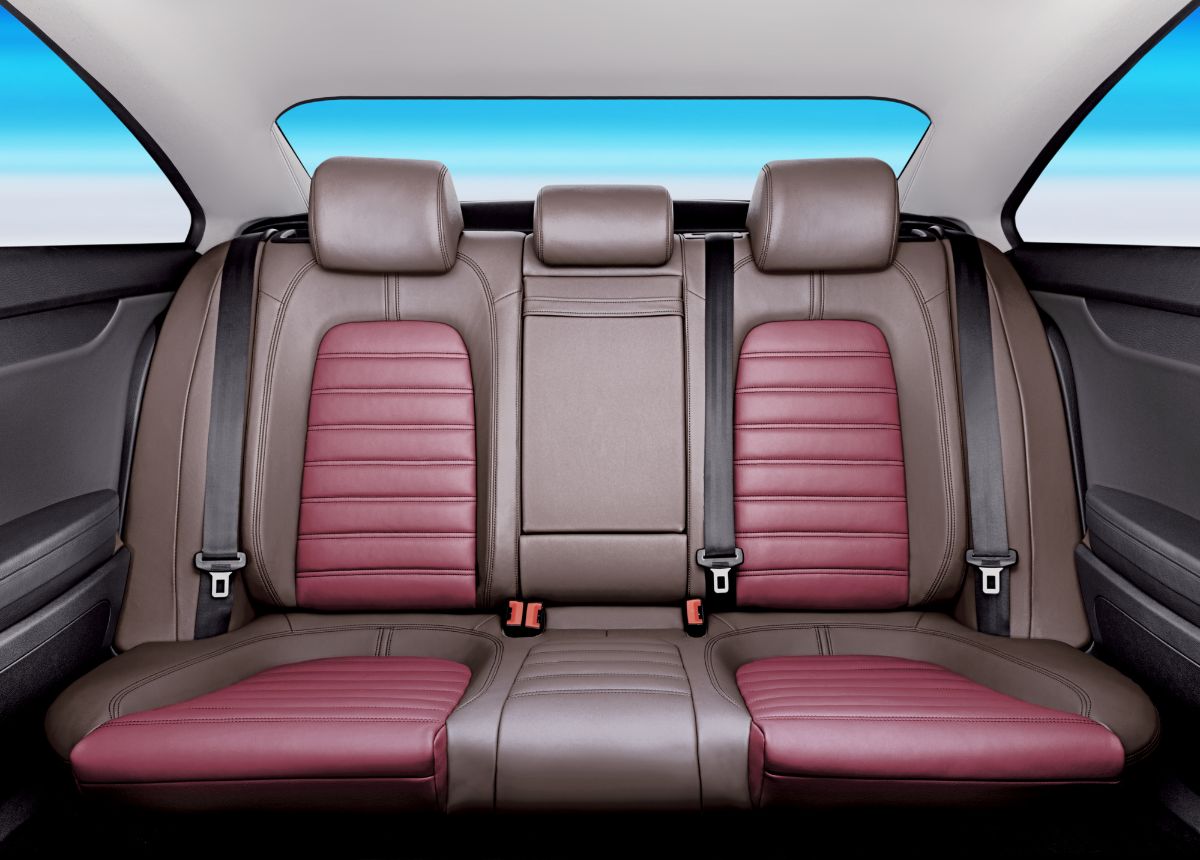 Instead of being linked to the vehicle’s frame, the shoulder belt in a Belt-in-Seat (BIS) system is fastened directly to the passenger seat.

When it came to safety, GM found no difference between vehicles equipped with seat-mounted belts and those equipped with belts attached to the vehicle’s body, even though the latter was found to give superior protection for smaller vehicle occupants.

When there isn’t a “B” pillar for attachment of the belt’s upper mount, automobile manufacturers have employed Belt-in-Seat type belts. These designs are commonly found in Chrysler and Cadillac vehicles.

BIS-equipped front seats are increasingly popular among collectors of vintage automobiles, who often opt to upgrade their vehicles’ original seats rather than risk driving without the safety features that came standard on newer models.

To function properly, most modern BIS systems require the installation and connection with the automobile’s electrical network. 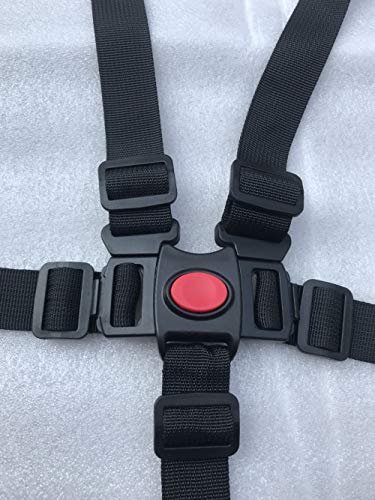 Safety seats for children as well as race vehicles commonly have five-point harnesses. It means they have five attachment sections to the seat altogether. That includes:

A 6-point harness features dual belts between the legs compared to a 4-point harness, which has only one belt.

Resulting from the death of former race car driver Dale Earnhardt, some NASCAR teams purchased six-point harnesses in response to the initial belief that Earnhardt’s belt had failed, causing his neck to break during the lethal crash. 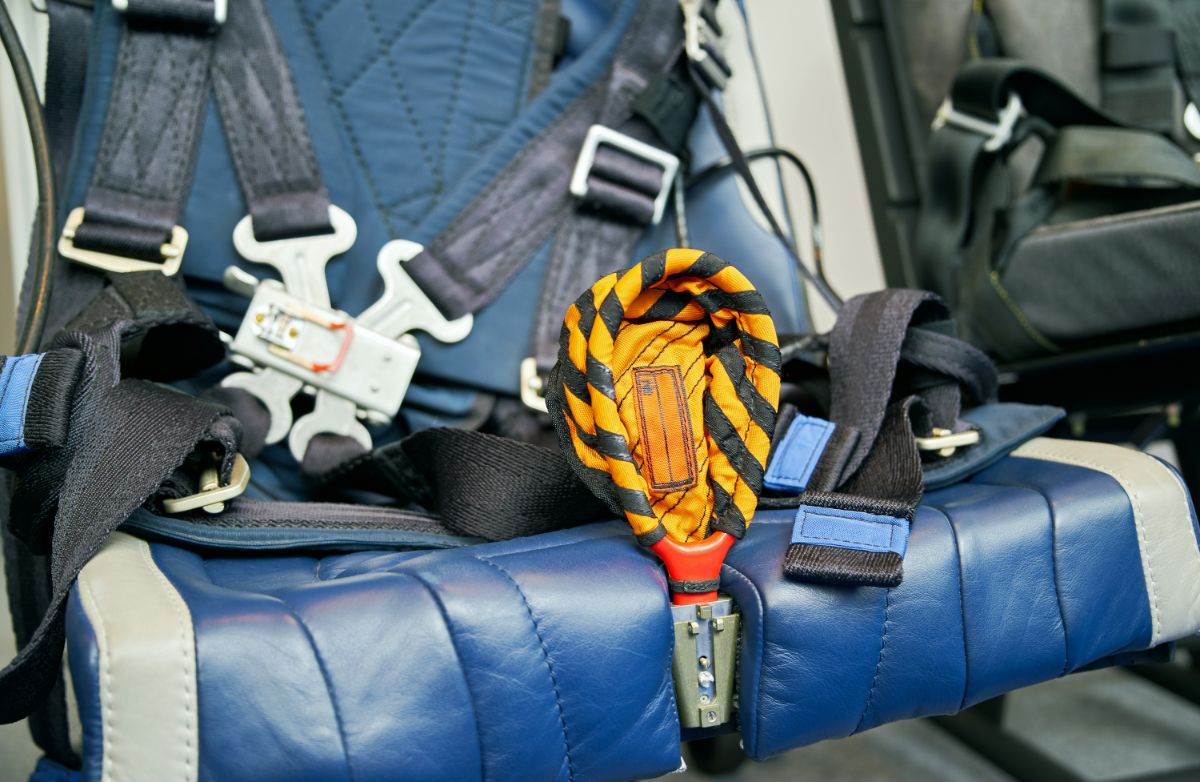 This is not used in cars, but I feel that you should know about it anyway. When flying an aerobatic aircraft, a combination harness is often used, which is made up of a 5-point harness and an additional lap belt that is linked to the aircraft.

Pilots must un-latch two straps if they need to parachute out of a malfunctioning aircraft, which provides redundancy for negative-g maneuvers.

Pros and Cons of Different Types of Seatbelts

The National Institutes of Health (NIH) published a study on the effectiveness of lap and shoulder belts. Frontal and side-impact injuries can be reduced by the use of back seat safety technologies.

Results vary by collision type and passenger age, with older occupants more likely to be killed or injured in frontal and side collisions if they are properly restrained.

While both belts considerably minimize injuries and deaths, neither is a terrible idea, according to this analysis. NHTSA’s decision to require all center seats to be equipped with lap/shoulder belts is well understood by the writers of this study.

As a general rule, lap belts are more efficient than lap/shoulder belts in some situations, but the field evidence to date indicates that lap belts, as well as lap/shoulder belts, are just as beneficial for youngsters in the backseats.

“Public safety officials should pay particular attention to the matter of children not being properly restrained in safety as well as booster seats and wearing seat belts.

If children are correctly buckled up in age- and size-appropriate restraints (such as child lap/shoulder belts, booster seats, and safety seats), it is believed that accidents will decrease and overall safety will be increased in the back seat,” according to the authors.

Why are Seatbelts Important?

Car accidents are the top reason for death in the first 30 years of American life, as per the Center for Disease Control, CDC. Nearly 33,000 people were killed and over 2.2 million were injured in car and truck accidents in 2009 alone.

Most people who died in car wrecks were unrestrained at the time of the accident. If you are in a car accident, the best method to avoid death or serious injury is to buckle up your seatbelt.

In recent years, the number of people who wear seat belts has increased. Seat belt use has increased from 11 percent in 19812 to nearly 85 percent in 20103 thanks to laws, education, and technology.

This has saved hundreds of thousands of lives. One in seven people still refuses to strap up. The use of seat belts has been shown to save lives through effective policies.

Seat Belts: How Effective Are They?

Unrestrained drivers and passengers are the most common causes of fatal accidents. No restraints were worn by 53% of the people who died in car accidents in 2009.

Seatbelts significantly lower the threat of serious harm and death in the event of an accident. There is a 45 percent reduction in the risk of death among front-seat passengers as well as drivers who wear seat belts.

In a deadly car accident, more than three out of every four passengers who are thrown from the vehicle succumb to their injuries.

Every year, seat belts save the lives of tens of thousands of people. In 2009, the use of seat belts prevented nearly 13,000 deaths. Possibly 4,000 more individuals could still have been breathing currently if all drivers, as well as passengers, had buckled up in the year of the crash.

More than $70 billion was spent on medical and lost-work expenditures related to car accidents and harm to vehicles’ occupants in 2013. Increased use of seat belts is crucial to reducing injuries and saving lives, as evidenced by these facts.