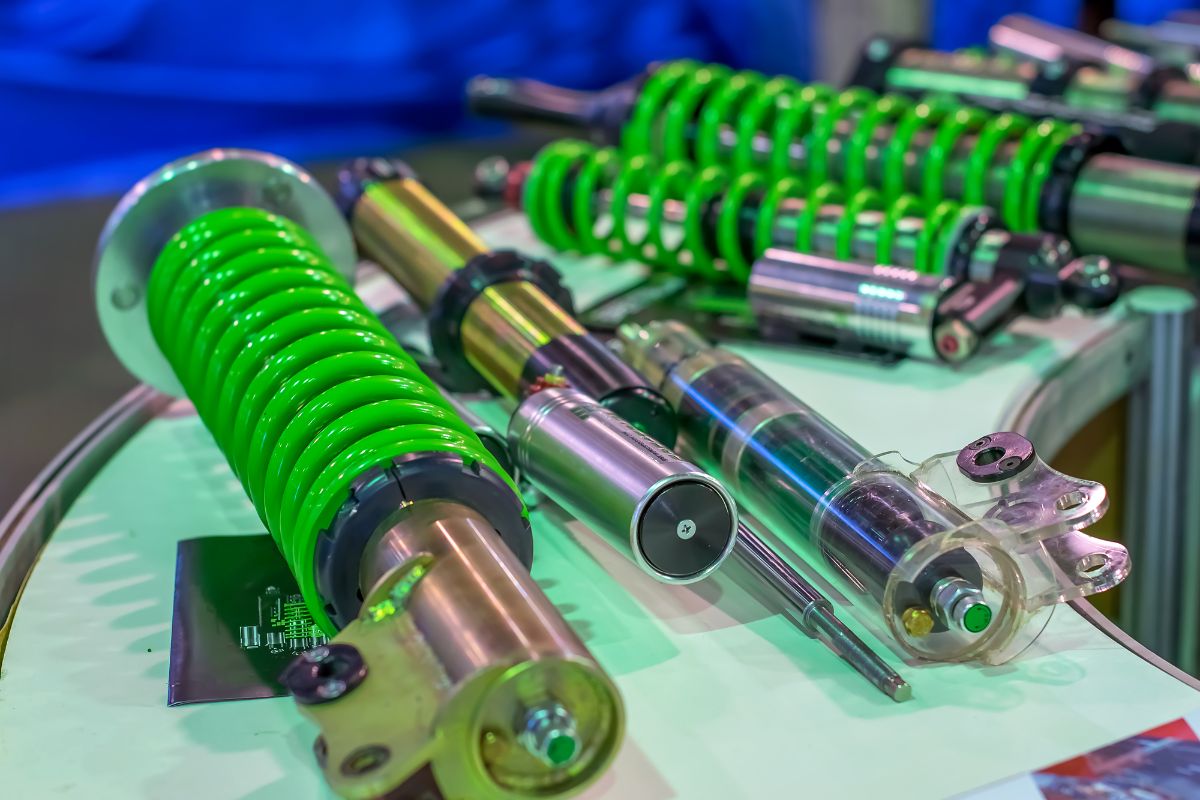 Too much or too little shock can be a bad thing. Your tires stay in contact with the ground due to the shock absorber’s stabilizing properties.

Rides that bounce are more likely if you don’t have these mechanisms in place or they need replacement. In some cases, a lack of one might lead to an increase in the number of rollover and sliding incidents on the route.

Therefore, you must get the best shock absorber that matches both your truck and the conditions under which you’ll be utilizing it.

Here’s a list of the types of truck shock absorbers out there, their advantages and disadvantages, and how to decide on the ideal one for your Wrangler, Silverado, or whatever your bad boy/girl is. Let’s roll!

However, different vehicles and suspension designs necessitate different types of shock absorbers, and these might look rather different, although they all do the same thing.

Standard telescopic and spring seat shock absorbers are the most common, although there are also struts and other variations. 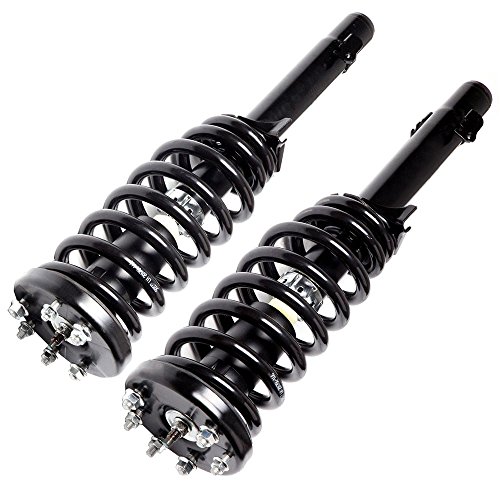 Struts replace a portion of the suspension system and must be engineered to withstand increased loads and forces, even though they provide the same function.

Strut-based suspension design is becoming more frequent on larger vehicles, although it is most commonly used on small to medium-sized vehicles.

Struts can be classified as either sealed or repairable. There are two types of seals: those that are designed to be replaced, and those that can be repaired (McPherson struts).

Both telescopic and strut-type shock absorbers can be found in the spring seat type of shock. Similar to struts, a spring seat shock is both a suspension and a dampening mechanism in one.

Although they are similar in function to struts, they aren’t intended for use with significant side loads. Spring seat shocks, like conventional shock absorbers, are sealed and must be replaced in their whole.

Knowing the kind of Shock Absorber you Need

A variety of shocks are available, each with a unique approach to smoothing out your ride. The wide variety of shocks on the market necessitates some research to determine which one is best for your driving style.

Purpose of a Shock Absorber

The job of a dampener is to reduce the jarring effects of the suspension platform’s compression as well as bounce. Each jolt is absorbed and dissipated by the shocks as heat, which leads to a reduction of the rebound in your ride.

There are two main types of shocks: gas-charged and hydraulically-charged. Aeration (which is a mixture of air with fluid, generating foam and diminishing performance) is a concern with hydraulic shocks, so gas-charged shocks are the best option for high-speed driving.

As a result, gas-charged shocks can be less comfortable to ride in a Jeep that spends most of its time on the road or on slower-paced off-roading.

The fluid, valve, and piston are present in all types of shocks, regardless of how they go about doing it. Piston movement causes fluid to be displaced by small holes in the piston, resulting in resistance.

The spring is slowed down by the resistance, absorbing the movement’s energy and reducing its bounce. Shock absorbers that are commonly used for performance include: 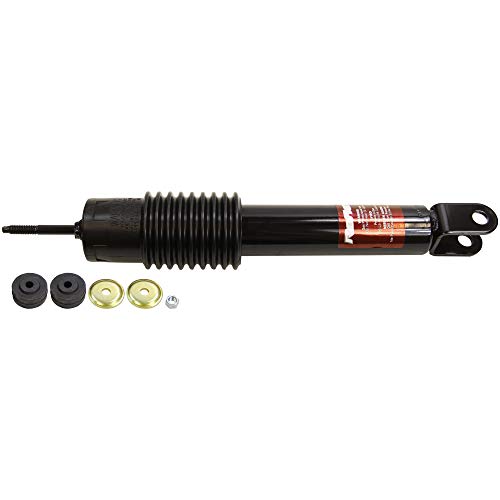 In comparison to a twin-tube shock absorber, this type of shock absorber has the smallest number of parts and the simplest construction, but it is also more expensive. In trucks and vans, monotube shocks are common. They are also commonly found in vehicles that are used for transportation or in areas where rough road conditions are commonplace 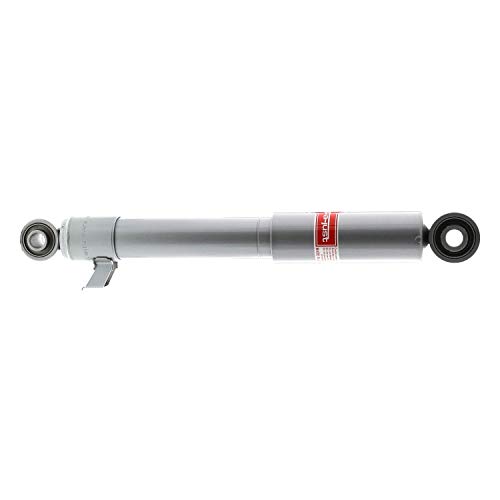 There are a lot of these types of shock absorbers out there. To keep hydraulic oil from frothing up, gas-filled shocks use a gas such as nitrogen.

During the manufacturing process, gas is pumped into the shock absorber tube and then the injection point is sealed off. No matter how fast the piston goes through the oil, gas-filled shocks remain effective.

For off-road vehicles that travel over long distances on uneven roads, these tires are ideal. A lot of racing cars make use of them as well, which is why they’re among the most expensive. 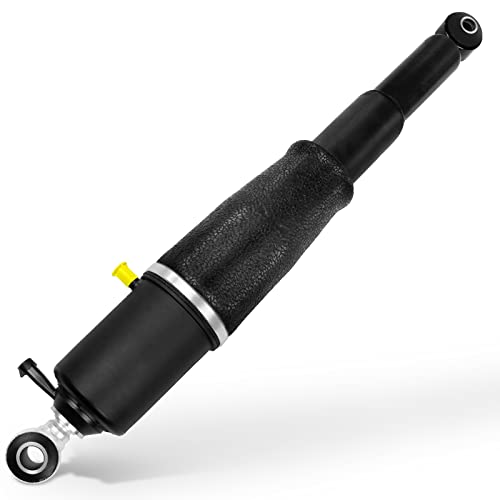 These are not the same as gas-filled shocks. The hydraulic oil in air shocks is contained in a separate chamber that contains air.

Throughout the shock absorber’s process, a valve supplies air to the gas chamber, which lowers or raises the vehicle’s body. 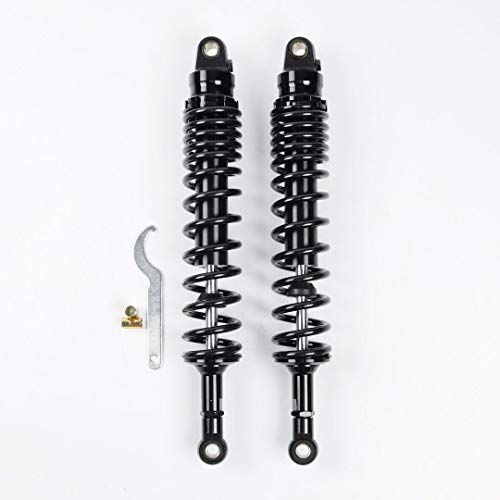 Two cylinders house the internal fluid of the most popular twin-tube shocks found in vehicles and compact SUVs.

Twin-tube shocks look remarkably similar to monotube shocks on the outside, making it difficult to differentiate one from the other simply by looking 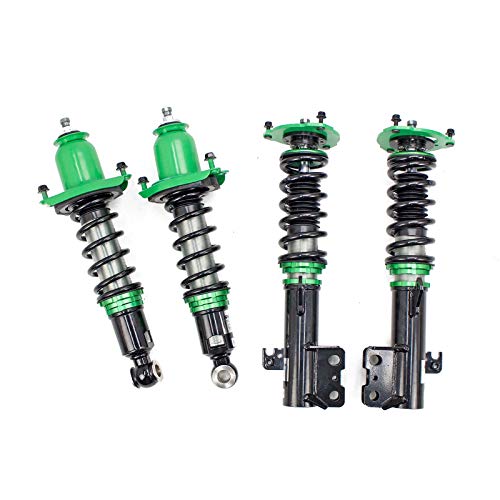 Coilover shocks, which are sometimes mistaken for struts because of the coil spring that surrounds them, are found in automobiles with double-wishbone or multilink suspension systems.

In some vehicles, Coilover shocks can be installed as a performance or towing option 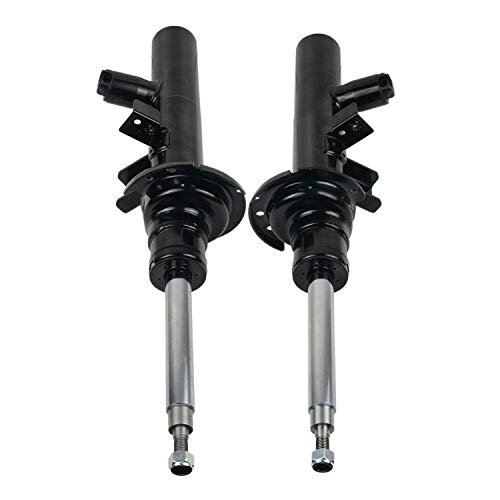 These shocks let you fine-tune your ride stiffness and softness to suit your tastes. That chosen ride depends on the amount of hydraulic fluid that can be injected into a shock’s chambers.

Larger hydraulic holes allow for more fluid to pass through smaller holes in shock absorbers. A softer ride is the direct result of increased fluidity. 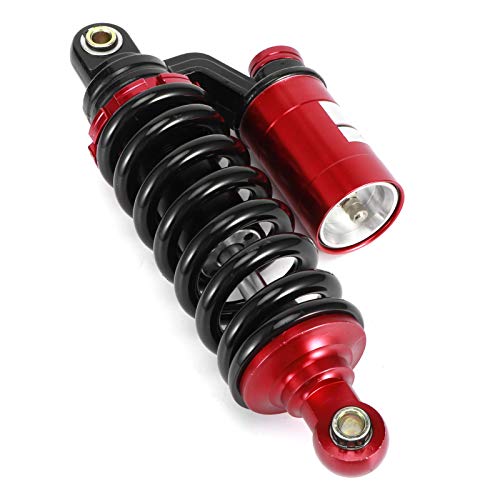 Like a traditional monotube shock, but with an adjustable valve configuration operated by a vehicle’s computer system, this shock is designed similarly.

Many people are familiar with the ADS from Mercedes and the EDC from BMW as popular alternatives. 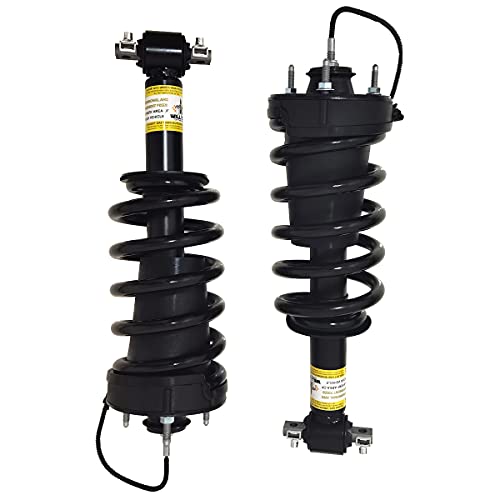 A switch in a vehicle’s computer system is used to control electronic shocks. The shocks are stiffened by an electromagnet using ferrofluid, a hydraulic fluid that contains iron.

In other electronic shock systems, fluid flow is increased or decreased utilizing solenoids, which are electronic conductors.

Ride modes are available in some vehicles, and the driver can select one from a list of available options. The GMC Yukon and Cadillac Escalade are two of the most popular full-size SUVs by General Motors and utilize these shock systems. 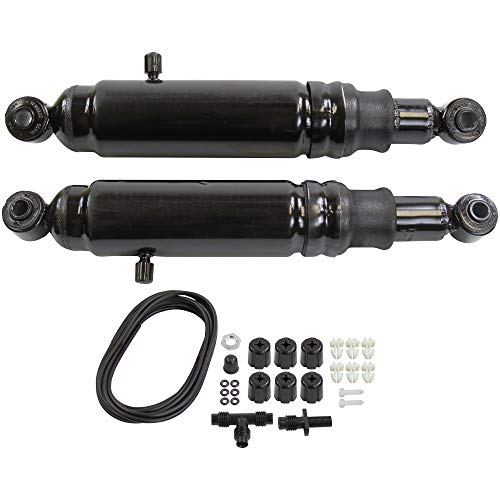 Air suspension systems use rubber airbags inflated by a compressor instead of or in addition to a traditional spring. Drivers also utilize them in an active suspension system in conjunction with other components.

For a more comfortable ride, air shocks can be used. The compressor will push additional air into the back air springs to elevate the backside of the vehicle’s cargo bed if it is full or if the truck is being towed by another vehicle. 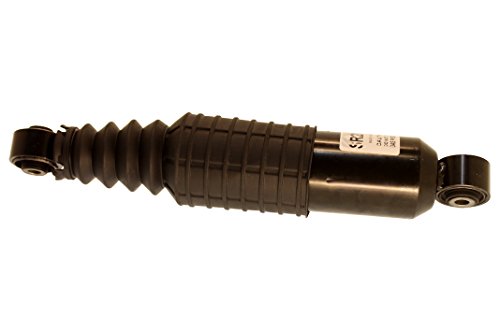 These shocks resemble twin-tube or monotube shocks from the outside, but they can get adjusted to different driving situations, like air shocks can be. In many Dodge Chargers, Volvos, etc., the most common type is Nivomat.

Even while shock absorbers vary greatly in design and function, their basic components are the same.

These are the pieces that hold shocks to the body and suspension of a car or truck. The upper and lower mounts are available. In both cases, a bushing, as well as a bolt, are put into an “eye” in the layout. Lower mounts often feature “eyes,” whereas top mounts have “pins,” which is a common design.

These can be seen on the brackets. Bushings, which are often constructed of rubber or urethane, reduce noise and wear by isolating metal components from one another. One of the shock absorber parts that can be replaced is the bushing

Varying types of shock absorbers include a coil spring as an element of the mechanism. Coil-over shock absorbers, or spring coil shock absorbers, are the most popular names for these devices. Although it appears like a suspension strut, this sort of shock should not be confused with one.

The screws on either end hold the shock to the vehicle’s body or the suspension in place. These must be torqued to the correct values. Shocks that don’t perform as planned can be caused by under-torquing.

How does Shock Absorber Bush Work?

This is the section of the shock absorber that connects the shock mount to the vehicle’s chassis.

As a result, there is no metal-on-metal contact. Bushings also reduce vibrations caused by vertical wheel movement on uneven road surfaces. Both of the device’s ends have shock absorber bushings.

Polyurethane, a synthetic rubber, makes up the majority of the bushes. Softer cushioning and better noise and vibration reduction are advantages of rubber shock absorber bushing.

As a result, the bushings begin to exhibit symptoms of wear. Shock absorber bushes from motorcycles to vehicles and trucks all have the same symptoms, which are more or less consistent. There’s a lot of bouncing and rattling going on.

The Function of the Shock Absorber Mount

The eye or pin kind of mount is available. Eye mounts” have a hole through which a bolt passes. Threaded shafts are used to attach nuts to the “pin” mount.

Are Your Shock Absorbers Working?

If you see any of these indicators, it’s time to replace your shock absorbers: