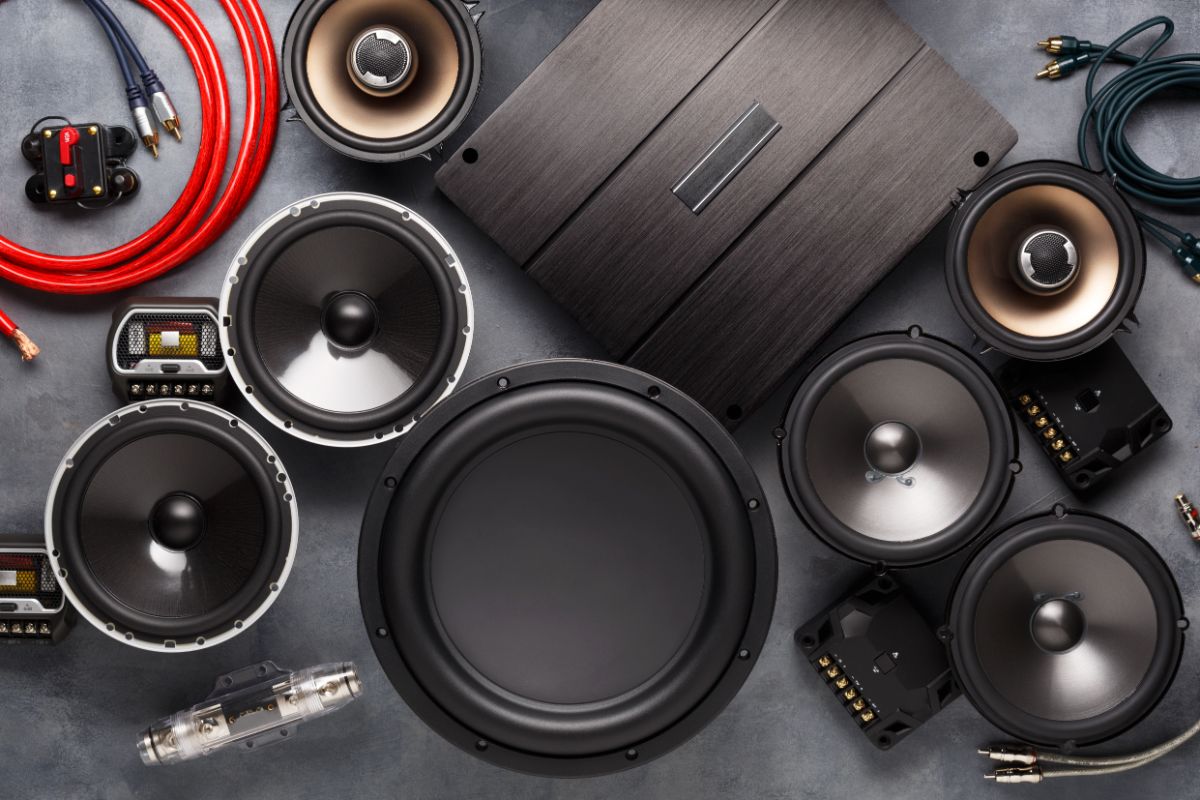 I remember being mightily impressed in my youth by those seeming audiophiles who spent gazillions of dollars on flashy hi-fi setups with alluring flashing lights, gadgets with sliders and dials, and amps with hyper-responsive needle output displays.

These technological marvels were hooked up to all sorts of weird and wonderful speakers, and to be fair, the sound emanating from these kits was amazing. I later realized that most of the owners of these systems didn’t give a sweet goddamn about music. The get-ups were Venus fly traps meant to attract the ladies and smooth the path to sweet seduction.

I haven’t a clue why you’re reading this article. Maybe you really are an audiophile, and you want to understand how to build the best possible speaker system for your car. Or maybe you’re a lowdown lowlife whose seduction technique involves will-sapping music, fast driving, secluded hideaways, and… well, you get the picture, I guess.

What makes a good speaker system?

Great sounds come from well-mixed and matched speakers of different types and sizes. Why? Because different kinds of speakers deliver different sounds. If you think about it, it would be pretty darned difficult to get a single magnet to vibrate so that it produces sounds at the low end of the sound spectrum while simultaneously delivering sounds at the high end of the spectrum.

It turns out different segments or ranges of sound are best delivered by differently sized speakers, and in the decades since hi-fi has become fashionable, mankind has gained intimate knowledge of the various capabilities of each type of speaker and the inevitable compromises that have to be made when building a speaker system.

Factors that heavily influence the excellence of a speaker system are:

A speaker system with a couple of standard speakers and nothing else is pretty much bush-league crud next to which no audiophile in his right mind would be caught dead. Instead, the true hi-fi enthusiast (or desperate/smooth skirt-jockey) must turn his attention to buying individual speakers and building up a custom system that suits his tastes.

To achieve the ability to build a setup competently on his own and to protect himself from possibly getting fleeced by a smooth-talking salesman who sees a prize sap, it is necessary to become familiar with the variety of speakers on offer today. He must know what each type of speaker does, which one combines best with which, and why these specific permutations are sought after. 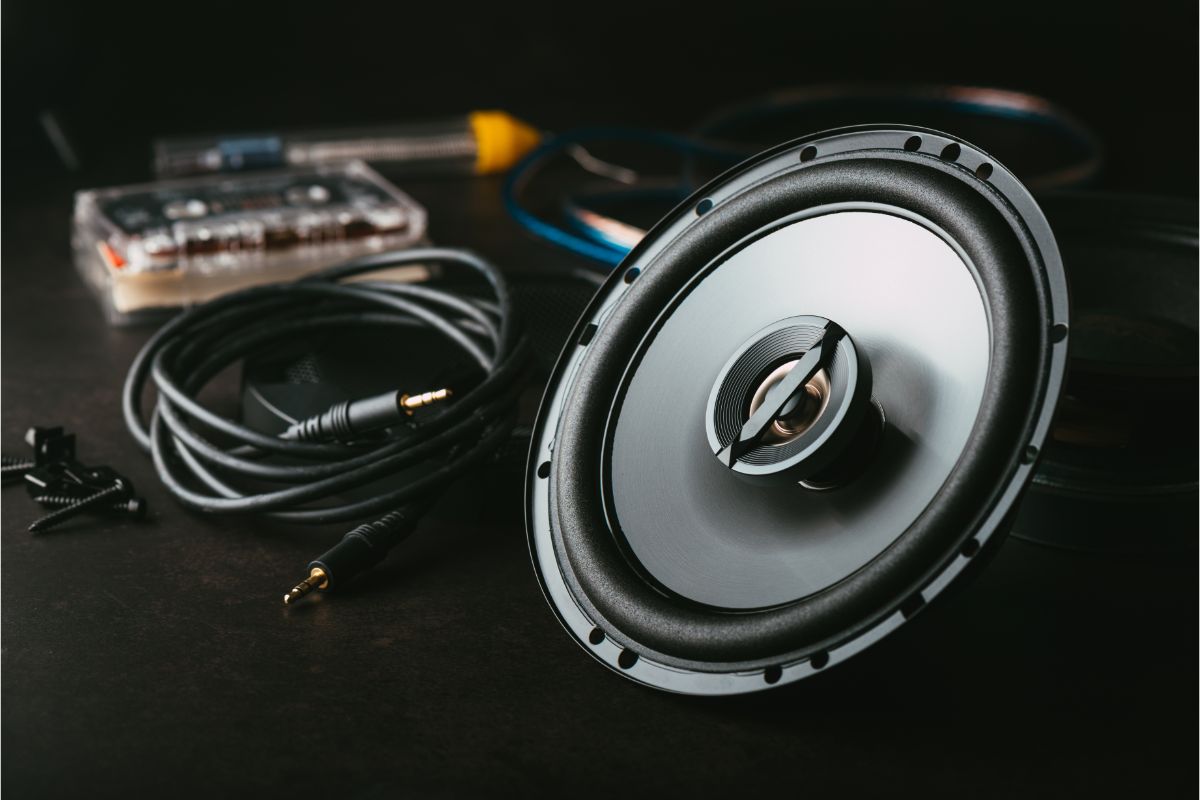 Starting with the jack-of-all-trades, but beloved by hardly anyone, yours truly included, coaxial speakers, deliver broad-spectrum sound. Coaxials are built inside a single unit, generally in an arrangement of a tweeter and different sized woofers. Manufacturers either run these component elements along a center pole or sometimes fix them to the lid of the casing.

Coaxials are the workhorse of speakers for normies (the general population; those who are neither crazy about music nor out on the make). Think soccer mum, old fogey, or teenage Becky with her first Beetle car. For these sort of people, if the speaker plays music to which they can nod their heads, tap their fingers, and screech along to their favorite tune, they’re as happy as a sunny bunny. Customization isn’t important to these people, which is good because coaxials don’t do customization.

2-band coaxial speakers comprise output components that deliver frequencies in two ranges. High frequencies via tweeters and everything else via large-surface area elements. It is extremely rare–in fact, I don’t remember ever seeing one–to have more than two components in 2-band coaxials. I mean, whatever for? What would be the point? I’m not saying they don’t exist; I just can’t believe they do.

4-band coaxials comprise output components that deliver four ranges of sound frequencies; high tweeter, low subwoofer, midrange, and super tweeter. This kind of speaker is obviously the most expensive, but I really wonder if the average person can tell between these and, say, good 3-band coaxials?

Coaxial speakers are not the rump-end of speakers 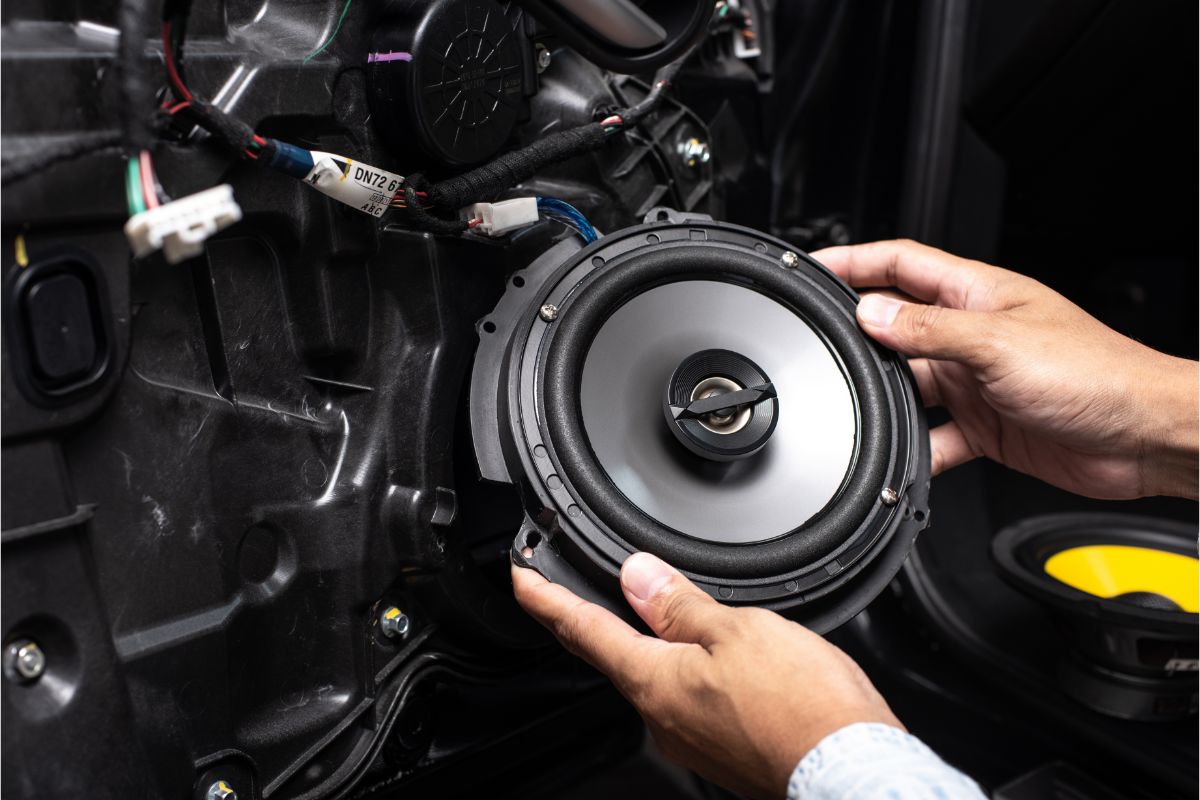 By the way, I think I may have given the impression that coaxials are the bottom-rung type of speakers. If so, I apologize. Actually, single-cone speakers are the cheapest, crummiest speakers on the market. Think children’s toys delivering bleeps, buzzes, and robotic voices that distort even on the lowest volume setting.

Unless you’ve got a golden ear, you probably don’t need a 4-way coaxial. Furthermore, when buying car speakers, do your utmost to hear the speaker, because you’d be amazed to find that, shockingly, price and quality of sound are seldom a given. Just because one speaker is more expensive than another doesn’t necessarily mean it is better. It’s counterintuitive and rare in the consumer world, but it’s still true.

Do not favor 3-way coaxials over 2-way ones, thinking you’re getting better speakers. 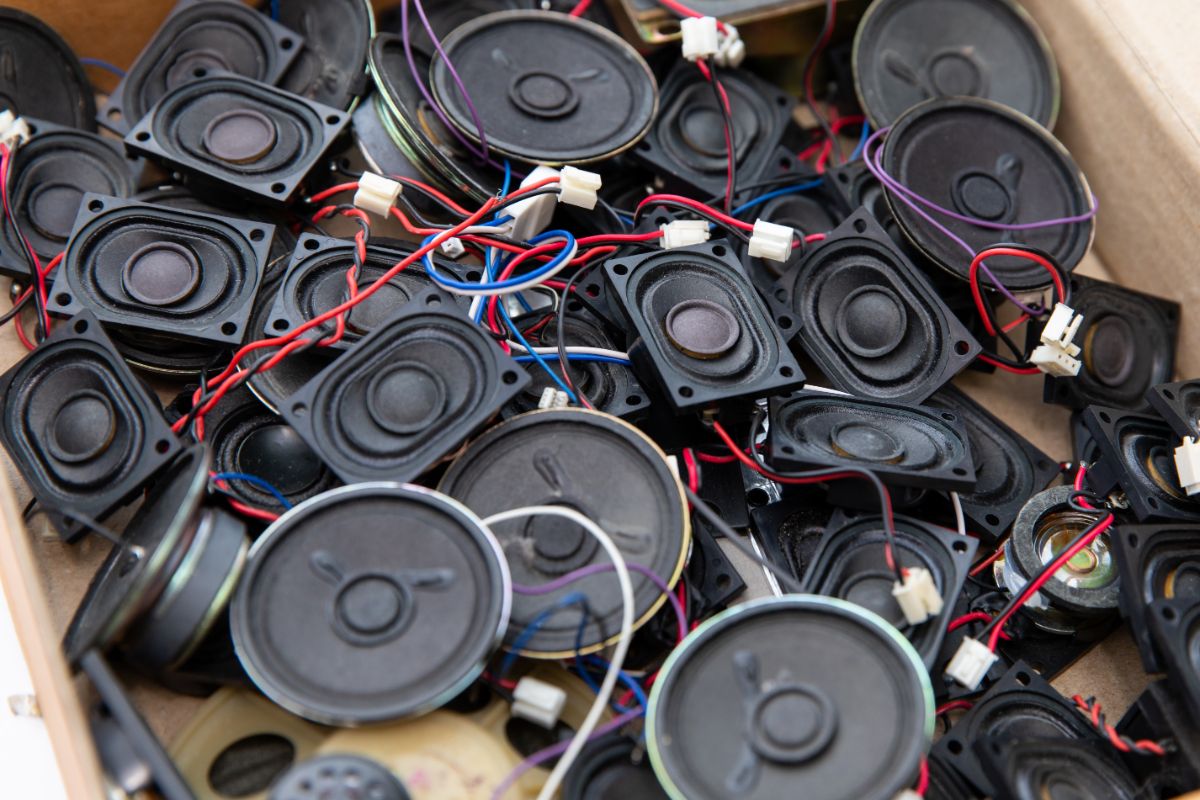 Component speakers comprise separate elements which output different ranges of sound frequencies. As you’d expect, tweeters pair up with other ranges (midrange and woofer). The difference to coaxials is that the buyer mixes and matches components’ elements as he sees fit. However, it is essential to note that component speakers must include at least one speaker crossover. So, what is this speaker crossover of which I speak?

Component speakers provide better quality sound than coaxials. For one thing, components comprise more advanced electronics to deliver better quality. For another, components are also made from higher-quality materials. The blend of these two attributes is a speaker system that is the most advanced complete sound-delivery system for cars today.

With better woofer materials and dome tweeters, more advanced speaker crossovers, and a raft of additional wiring configurations and feature options such as tweeter volume reduction, the advantages conferred by component speakers justify their cost.

One of the best benefits of component speakers is that many are designed to allow users to assemble them together as if they are coaxials to make installation as easy as possible. Once in place, upgrading or entirely replacing them is as easy as falling off a horse. I’m not quite sure what you’d be doing on a horse, but each weirdo to his own, I suppose.

Component speakers–things to bear in mind

Components are obviously going to be costlier than coaxials of the same size, about one-and-a-half times to twice as much, actually. That’s quite an investment, true, but if you can stump up the cash, the audiophile will definitely understand that it’s worth it when comparing the quality of output from both systems.

Beware the more involved installation process in the car, though. It is far more complicated than installing a coaxial, mainly because components might require professional customization and fabrication to mount the tweeters. Furthermore, crossovers will have to be fitted somewhere unobtrusive, close to the speakers they serve and kept well away from moisture. 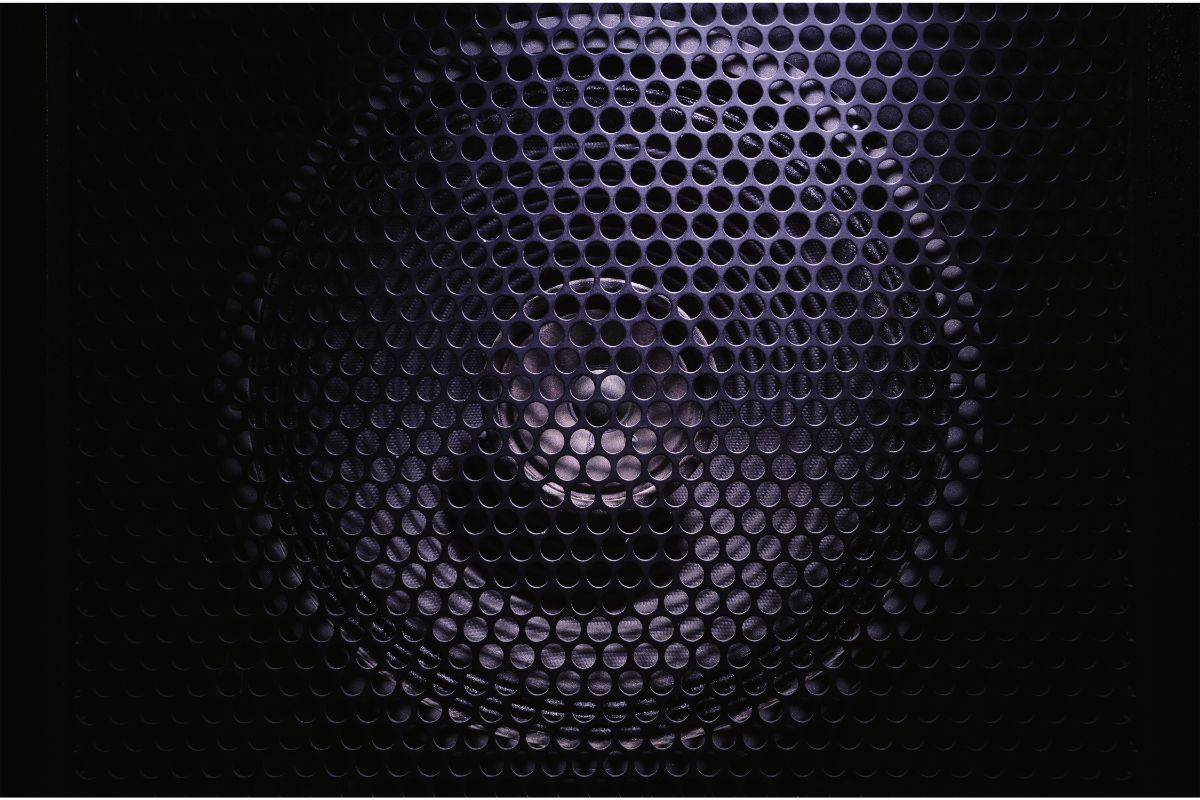 One of the first acronyms I learned by heart was LASER: ‘Light Amplification due to the Stimulation of Emission of Radiation.’ I learned it in the hopes of appearing intellectual, wise, and clever to a young lady I was wooing and whose favors I dearly sought. My short campaign began and ended one rainy, soggy night when her Dad called her indoors, and it was with evident relief that she escaped back into her house, never again to tolerate my importunate attentions. However, I massively digress.

Components are excellent–even fantastic–and music lovers will never willingly go back to coaxials, but there is one fly in the ointment. Components really don’t come into their own until they are married to amplifiers. The electronic signals that tickle speakers into vibrating and creating music must be stimulated and amplified, hence the weak allusion to LASER.

The point is, music/sound systems such as radios, CD players, and so forth don’t natively have the power to drive components. Thus, when buying the component kind of speaker system, purchasers must understand that an amplifier will be necessarily part of the system, dramatically driving up costs. 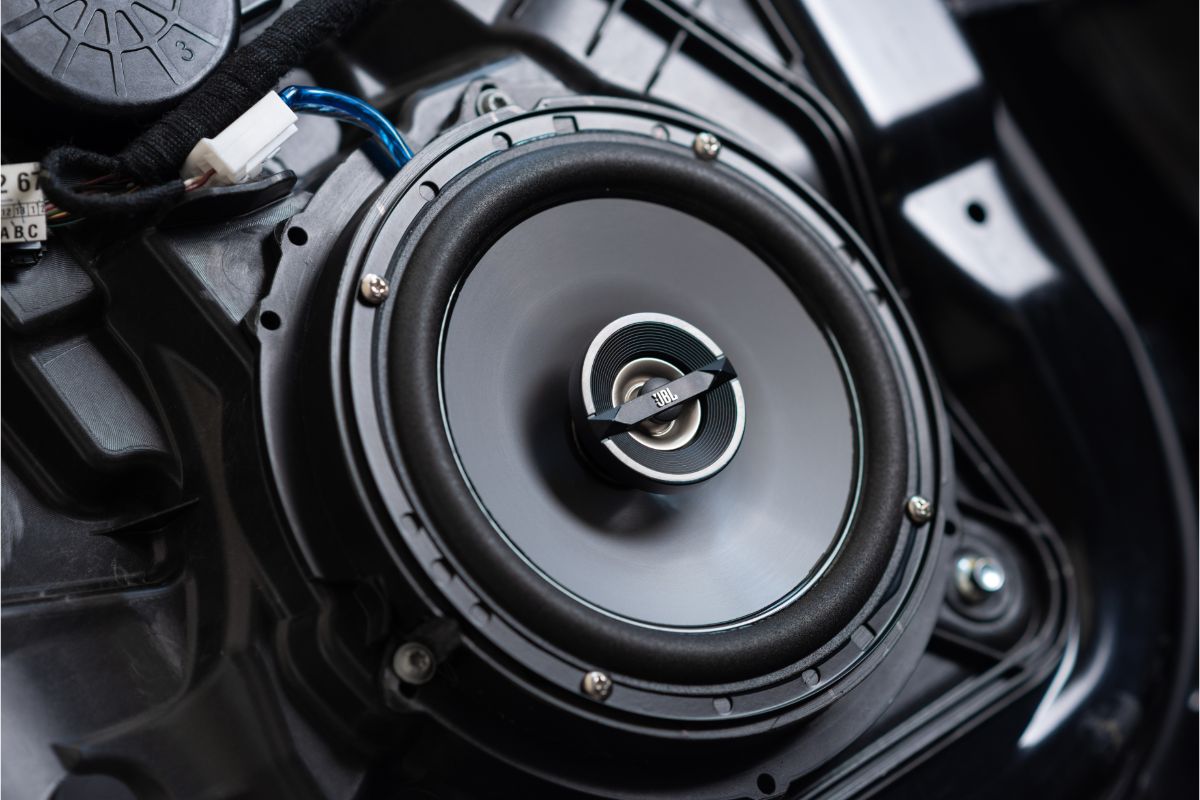 Midrange speakers deliver sounds in the ‘middle’ of the sound spectrum, and it so happens that these sounds make the greatest impression on humans. As you probably know, some sounds are too low or too high for us to hear. Not only that, but the sounds we can hear change as we age. One delightfully clever application of this is the ‘teenage audio repellent.’

‘Teenage audio repellents’ are loudspeakers that emit a horrid alarm clock-like sound that drives anyone who hears it batpoop crazy. The thing is, the only people who can hear it are teenagers! Savvy shopkeepers install these loudspeakers outside their shops to drive away loitering teens without physical violence or constant confrontation. Brilliant!

Anyhoo, back from that digression, it turns out that this midrange bit of the sound spectrum is the one that most affects humans. It is the segment occupied by speech and nearly always the part of the music we hum, sing, or whistle. Any distortion to the midrange speaker will grate on nerves like fingernails on a chalkboard, so it is worth investing in an excellent midrange.

One peculiarity of midranges is that they always sound flat and dull because they cannot emit low- or high-end frequencies on their own. This is precisely why it isn’t possible to just buy midrange speakers and have done with it. It simply wouldn’t work, dagnabbit. 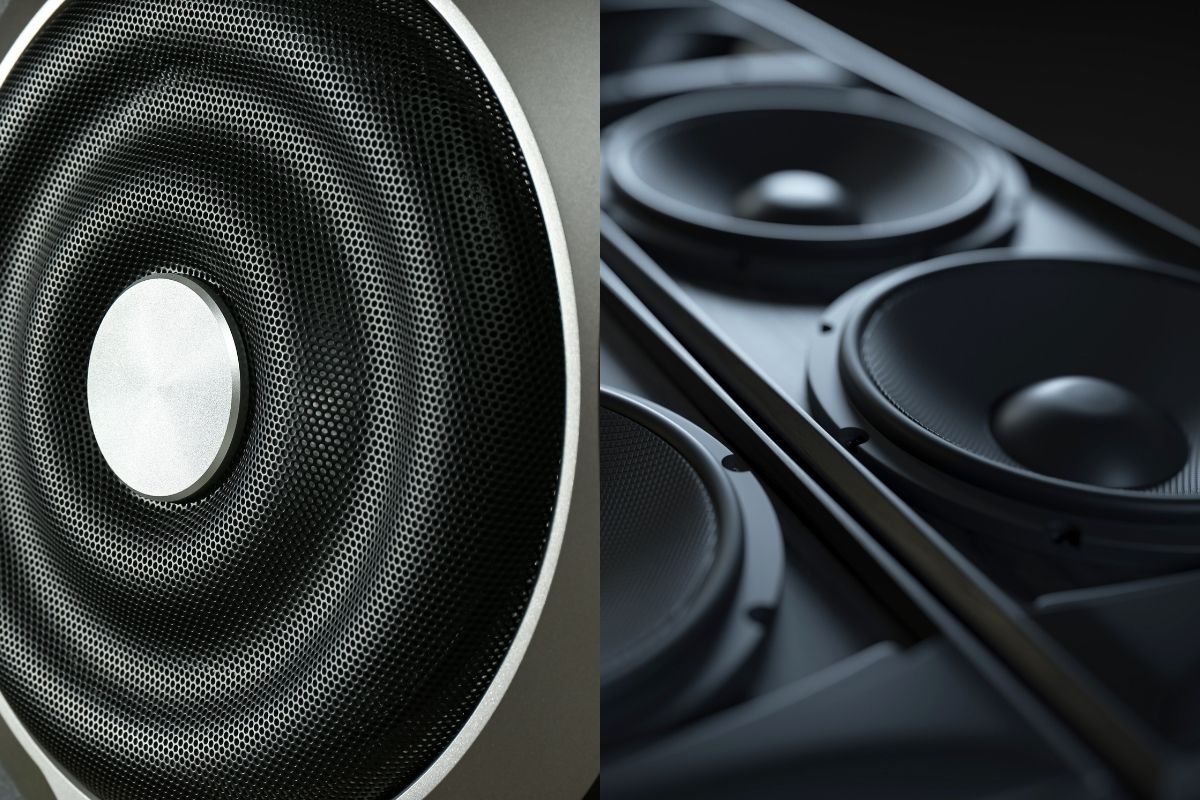 Woofers output lower frequencies, from around 1KHz (1,000 Hz) or less. Woofers deliver the thud, thud, thud of percussion instruments and the delicious booming sounds of ‘funky’ bass guitars. As a base-loving caveman myself, I can hardly express how vital fantastic woofers are to me.

However, like many things in life, too much of anything is bad. For me, too much base wrecks music. Maybe that’s a personal thing. I don’t know, but passing cars that are stupidly throbbing to where I can see their windows vibrating don’t impress me much. Don’t impress me at all. I just think, ‘Jerk,’ and drive on.

Humans normally can only hear down to 12 Hz, so it’s pretty pointless outputting lower frequencies in a woofer. That being the case, it is a surprise that there are such things as subwoofers. What on Earth is a subwoofer?

Subwoofers deliver frequencies lower than 200 Hz. Frequently, they go lower than 12 Hz, and if anyone wonders why, it’s because these speakers emit frequencies that are physically felt rather than heard. Subwoofers are wonders for delivering spooky experiences, especially when playing a flat ‘E’ in a lower octave, because it spooks folks and makes them super uncomfortable, although they’d never know why.

Subwoofers are often enclosed separately on their own to deliver low-level thumps and thuds that standard woofers just can’t provide.

Tweeters deliver sound frequencies at the high end, usually up to 20 Khz, taking over from midranges’ upper registers at around the 2Khz mark. Modern tweeters are beginning to implement a dome-shaped version to offer an area of sound distribution that is much greater than traditional, older tweeters which were pretty much more-or-less directional.

Super tweeters fill in where standard tweeters fail by providing sound frequencies in the 20Hz range. Although many tweeters profess to reach this upper limit, quite honestly, they don’t, which is where super tweeters come in to provide more realistic sounds.