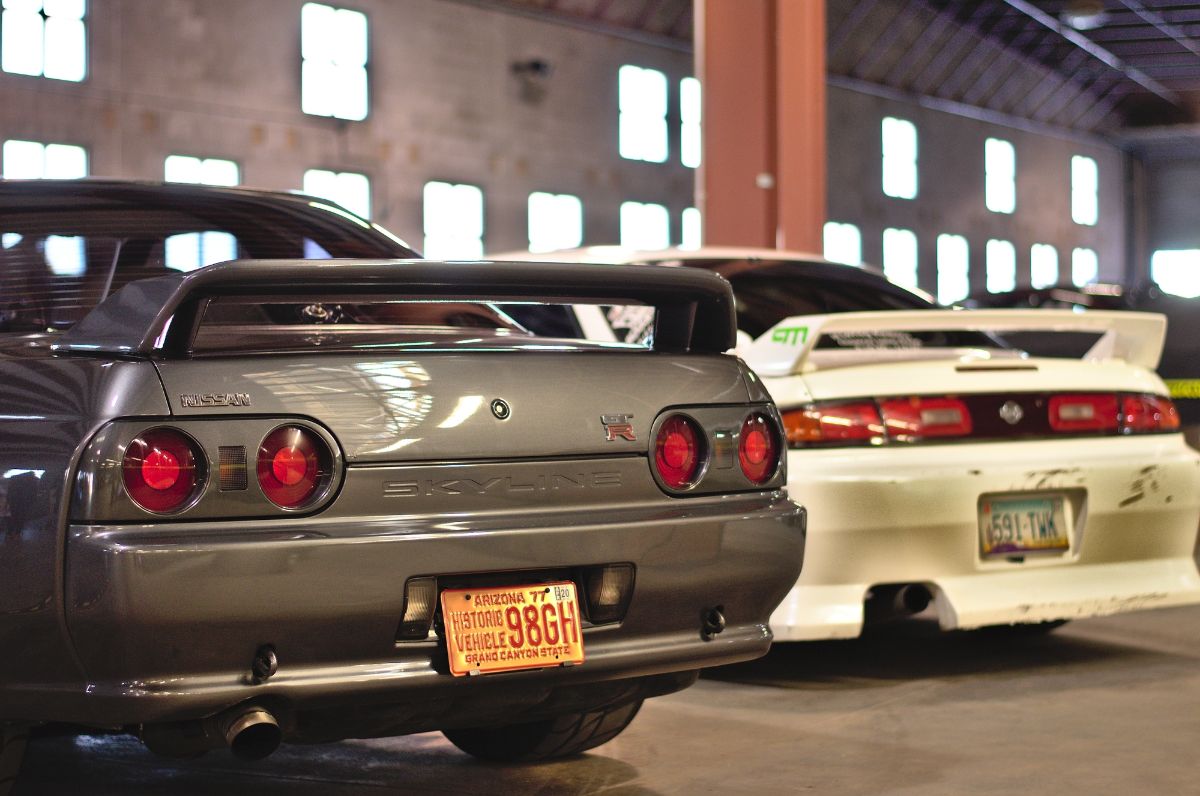 Even if you drive a vehicle that doesn’t have a spoiler, you may have seen them on other cars whilst driving. Spoilers can be found on many different types of vehicles, including trucks, sports cars, and even drag racers.

However, the majority of people consider spoilers to be just decorative, even though they may be quite useful. But, what are the different kinds of spoilers for automobiles? In this article, I will walk you through the types of spoilers available out there.

Vehicle Bot
Hello, how are you? Ask me anything about vehicles.
Contents Show
What Is a Car Spoiler?
History of Car Spoilers
Types of spoilers
1. Front spoilers
2. Pedestal Spoilers
3. Lip Spoilers
4. Roof Spoiler
5. Lighted Spoiler
6. Whale Tail Spoiler
7. The Truck Spoiler
Types of Car Spoiler Materials
1. ABS Plastic
2. Carbon fibers
3. Steel
Frequently Asked Questions
Is It Necessary For My Car To Have a Spoiler?
What is the Purpose of a Car Spoiler?
How Does a Car Spoiler Work?
How Much Does a Spoiler Generally Cost?

What Is a Car Spoiler?

A spoiler is an automotive device that is designed to spoil undesirable air movement across the body of a moving car. This undesirable air is commonly referred to as drag and turbulence.

The spoiler works to reduce the drag and turbulence generated by a car in motion.

Spoilers on the front of a car are typically referred to as air dams in the industry. Spoilers are commonly found on racing cars as well as high-end sports cars, but they are becoming more prevalent on passenger vehicles.

Certain spoilers are installed on vehicles purely for aesthetic reasons and provide little or no aerodynamic advantage, if any, at all. In certain cases, spoilers might even end up making aerodynamics worse.

The first appearance of the car spoiler dates back to the 1960s when NASCAR autos were still similar in appearance to those seen on the street.

With a flatter front end as well as a longer, slanted roofline, the Dodge Charger appeared to be more unsteady and lifted when driven at greater speeds in 1966, according to some observers.

After receiving a petition, NASCAR permitted the Dodge teams to attach a chunk of metal around one-half to two inches high to the back decklid. This trapped airflow on the decklid, thus generating downforce which helped to balance the vehicle.

Although it did not differentiate the Dodge as a unique vehicle, other automakers saw the aerodynamics benefits of putting something on the rear of the vehicle to improve downforce.

The purpose of installing them on autos is to lessen turbulence. It is important to note that the passage of air over a car often impacts its speed.

Drag may force your vehicle to get an undesirable lift, and that may have an impact on its handling and stability. When your car oversteers on the road, for example, it may be quite dangerous.

It is for this reason that spoilers are often seen in sports cars. They are well-liked for the aerodynamic benefits they provide. It’s worth noting that they’ve also gained popularity among drivers of passenger vehicles.

There are several types of car spoilers available. Each kind of spoiler performs a unique functional purpose. Front and rear automobile spoilers are the most common types of spoilers. 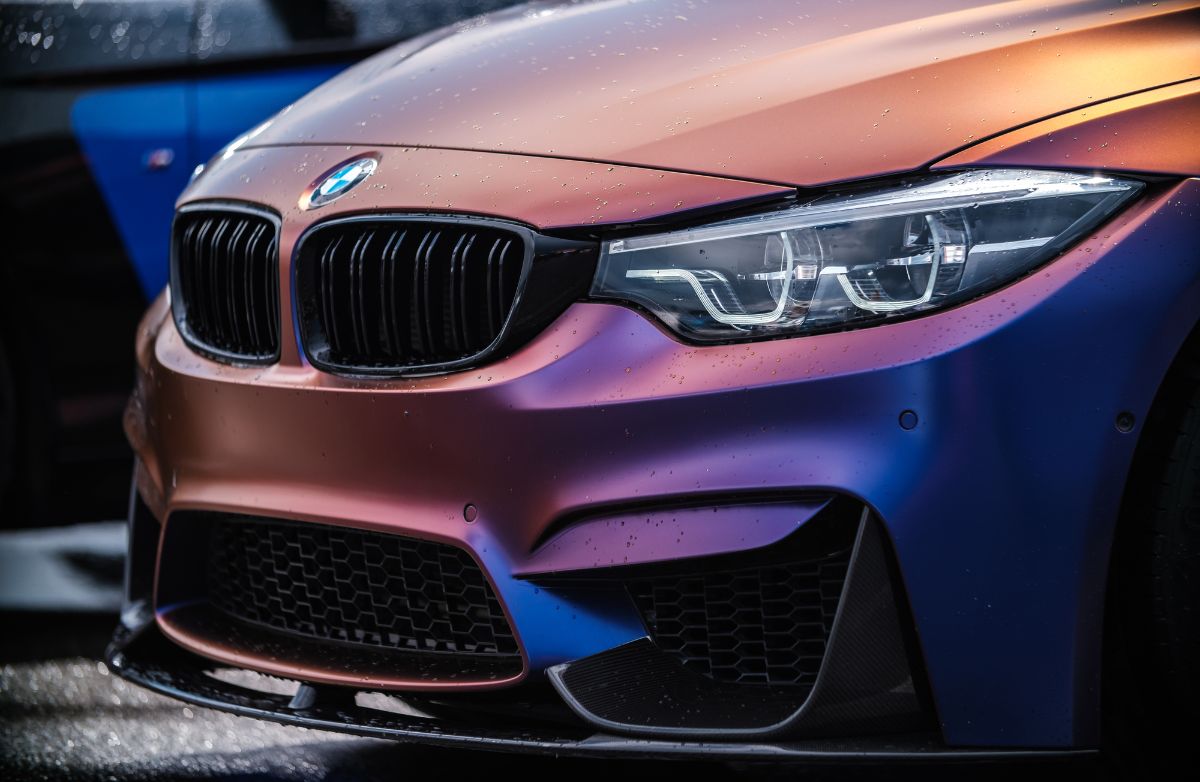 These are the most commonly used spoilers. They are also referred to as chin spoilers in certain circles. They work to create a downward force on the vehicle.

This is accomplished by reducing the air that flows beneath the car, thus reducing airflow and improving the stability of the car. Generally speaking, chin spoilers are most effective on high-performance vehicles that travel at high speeds. 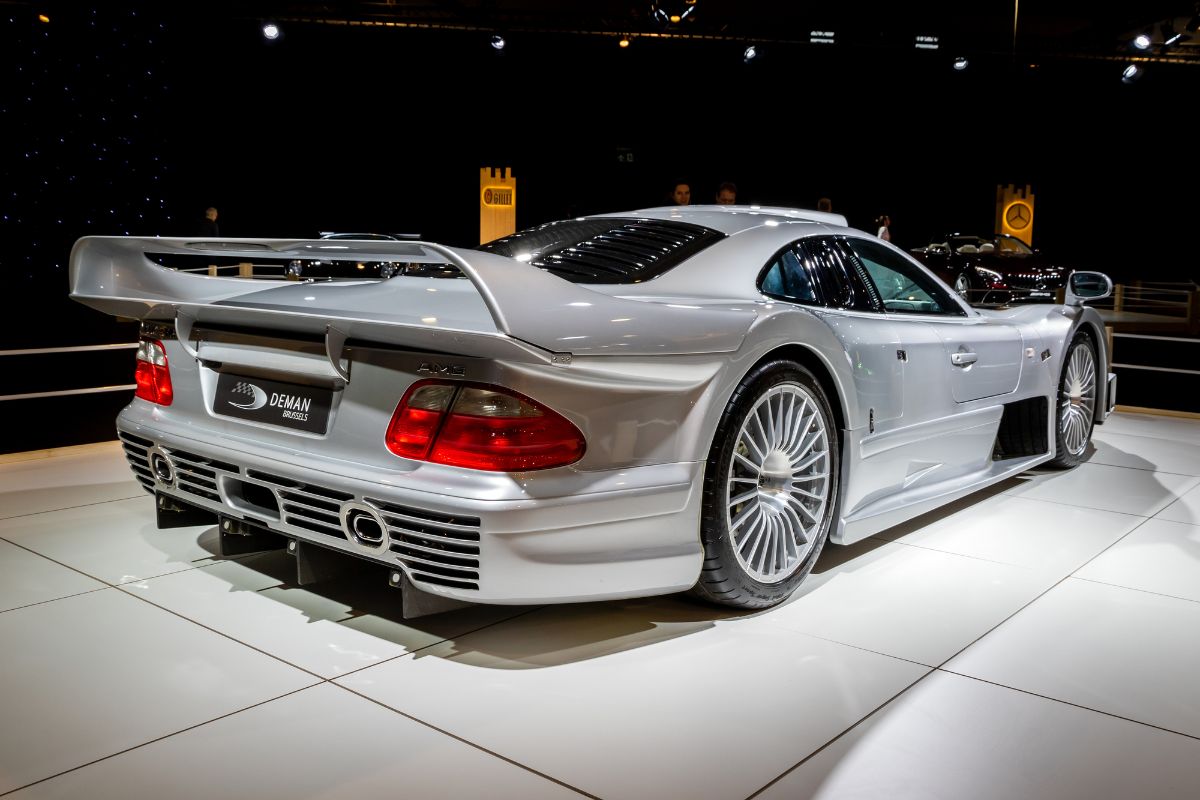 Pedestal Spoilers are readily available at the majority of vehicle repair shops. They are mounted on the back of the vehicle and operate to generate drag which slows the vehicle’s acceleration.

This also contributes to the improvement of the car’s stability while traveling at a high rate of speed.  The effectiveness of these pedestal spoilers will vary depending on the angle as well as the size of the spoiler used.

These spoilers are popular among car enthusiasts since they may enhance the overall appearance of the vehicle.  Because it is mounted on the boot of the vehicle’s rear end, this spoiler functions by exerting a downward push on the vehicle.

It also contributes to improved fuel efficiency by reducing drag and turbulence. People also choose this spoiler for its ability to enhance the overall appearance of a car by adding a touch of flair. 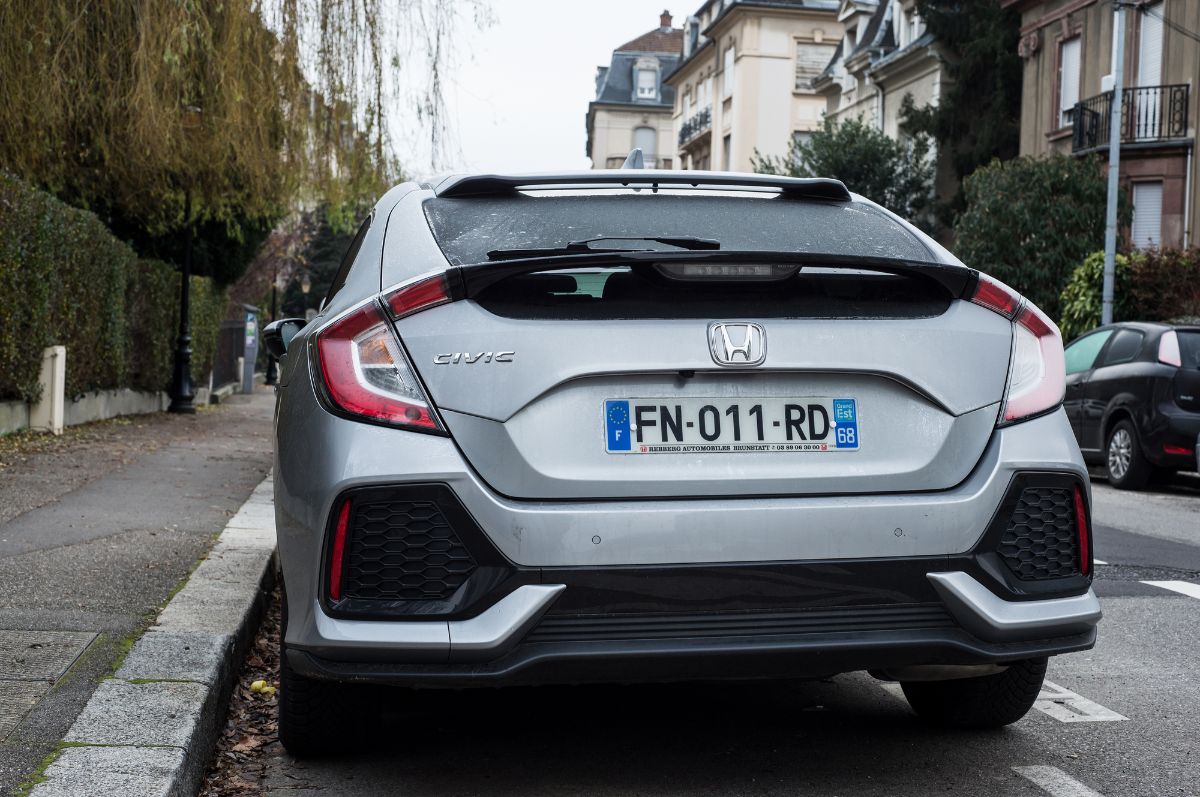 Adding a lip spoiler to your car can significantly improve both the performance and the overall stability of the vehicle. Although they have a subtle appearance, the performance they provide is outstanding.

There are two distinct types of lip spoilers available. There is a front lip spoiler and a rear lip spoiler. The former is often utilized in combination with the car’s side skirts. As a result, your vehicle’s height may seem lower than it is.

Additionally, this type of spoiler elongates the front bumper cover, giving your car a much more attractive appearance overall.

The rear lip, on the other hand, is fitted just below the boot lip. Typically, this rear lip is used to improve the aesthetic of the car rather than to improve its performance in any way.

When you want a quieter yet visually attractive enhancement, a lip spoiler is one of the most effective options. It conveys a highly athletic image that is immediately distinguishable from the competition. 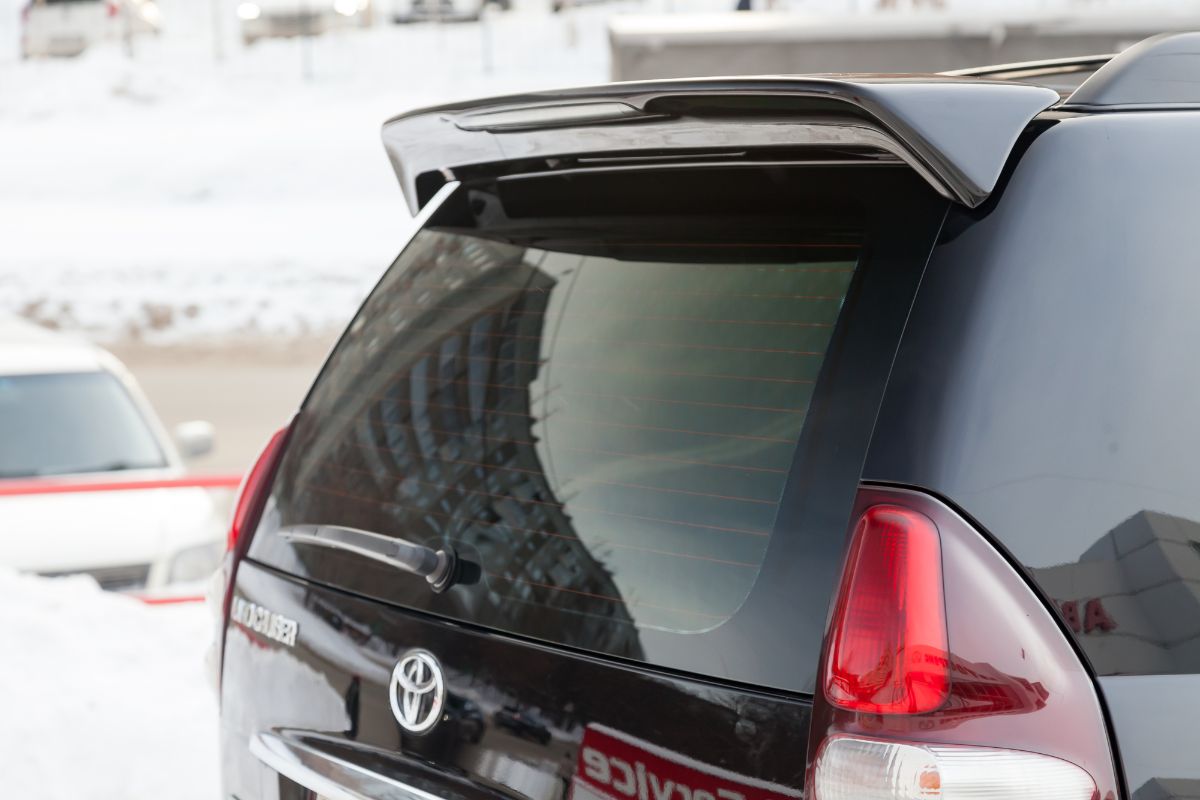 A roof spoiler is sometimes referred to as a window spoiler in certain areas. This sort of spoiler is suitable for a variety of vehicles, including hatchbacks, sports cars, as well as station wagons. Simply put, they are ideal for cars with a steeply sloping rear end and no trunk edge.

These roof spoilers provide a downward force that contributes to improved car stability. In addition, they may be used on notchbacks with large wings on their trunk edges because the wind is heavily deflected across the surface of the wing. 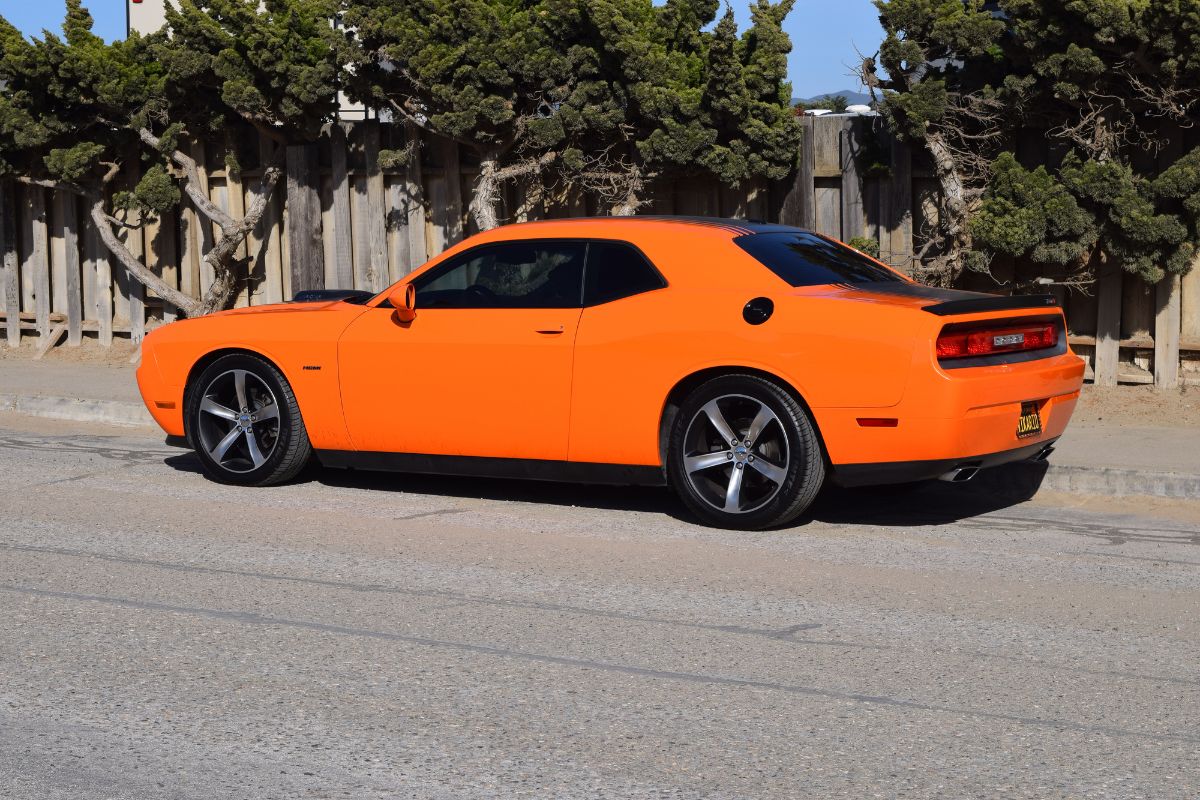 This is a fantastic option for increasing the safety of the car while also improving its appearance. It functions in the same way as a pedestal spoiler and is likewise mounted on the trunk’s backside.

A break-light is also included with this illuminated Spoiler. The result is increased visibility for your car at night, in addition to adding a beautiful fashionable touch to your vehicle’s exterior. 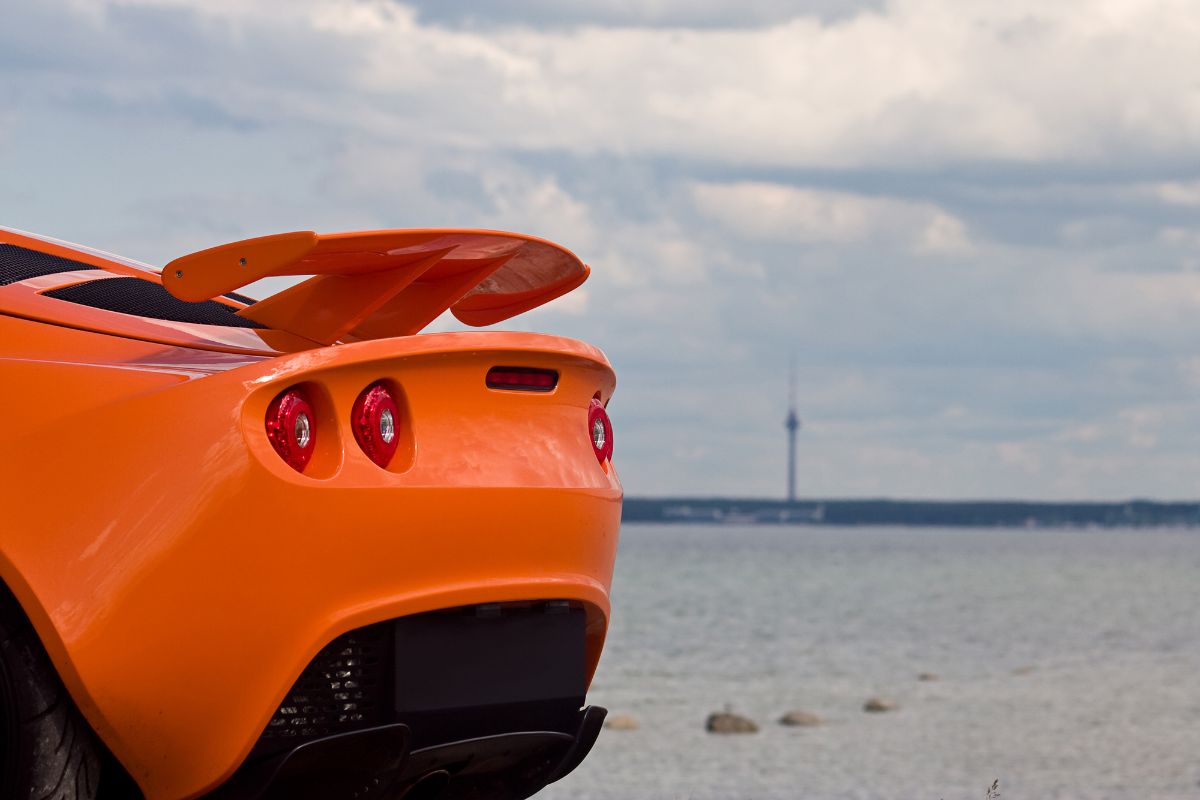 The whale tail spoiler is the polar opposite of a lip spoiler in terms of appearance and function. These are far taller than a standard pedestal spoiler and aid in reducing lift on the rear of the vehicle, allowing for best performance at greater speeds.

Most of the time, these spoilers are seen on high-end sporting vehicles, such as Porsches. 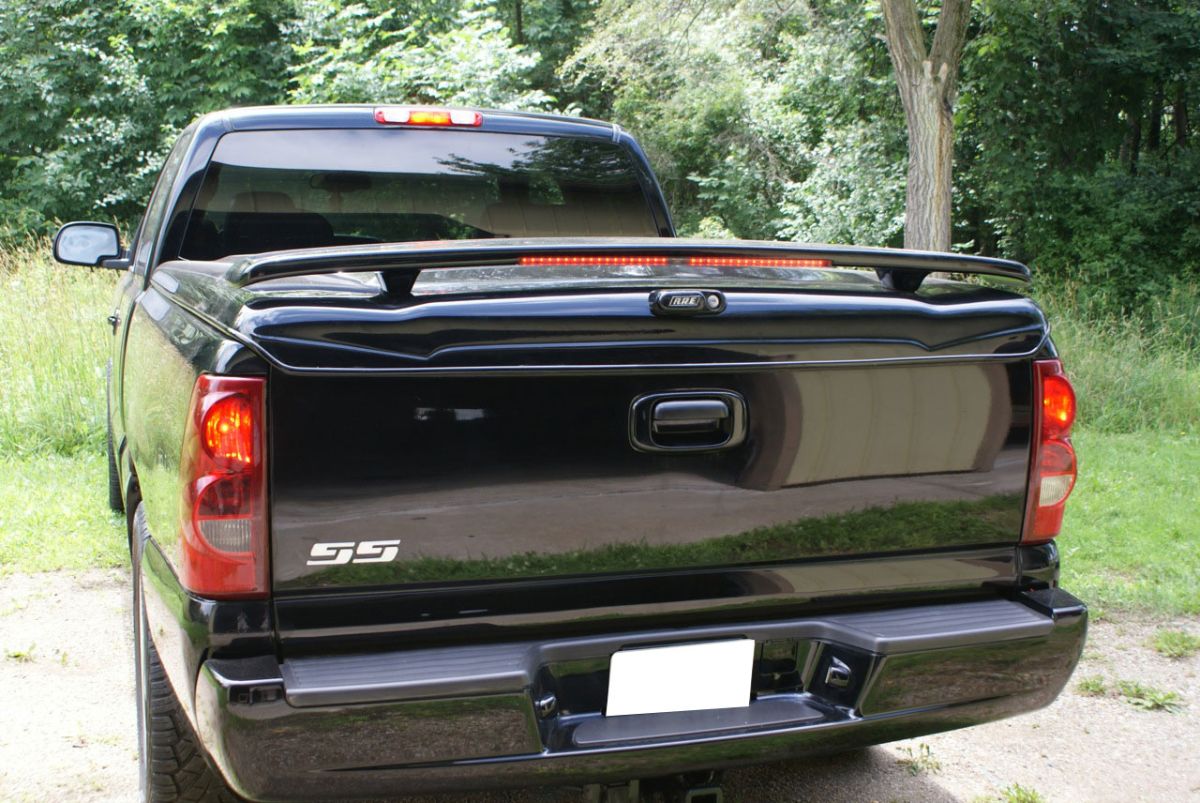 Generally speaking, a truck spoiler is more for aesthetic reasons than it is for improving the performance of the vehicle. This spoiler may be mounted to the back of your truck to aid in the breaking up of air streams when the car is in motion.

Additionally, it offers the car a distinct appearance and it comes in a multitude of forms, styles, and proportions.

Even though they seem to be the same on vehicles, spoilers are made of different materials, and the variation in materials results in variations in pricing, the capacity to repair, as well as the performance of the product.

That’s why as a car owner, it’s important to get familiar with the various spoiler materials that are available. This will go a long way toward influencing your decision when making a purchase. 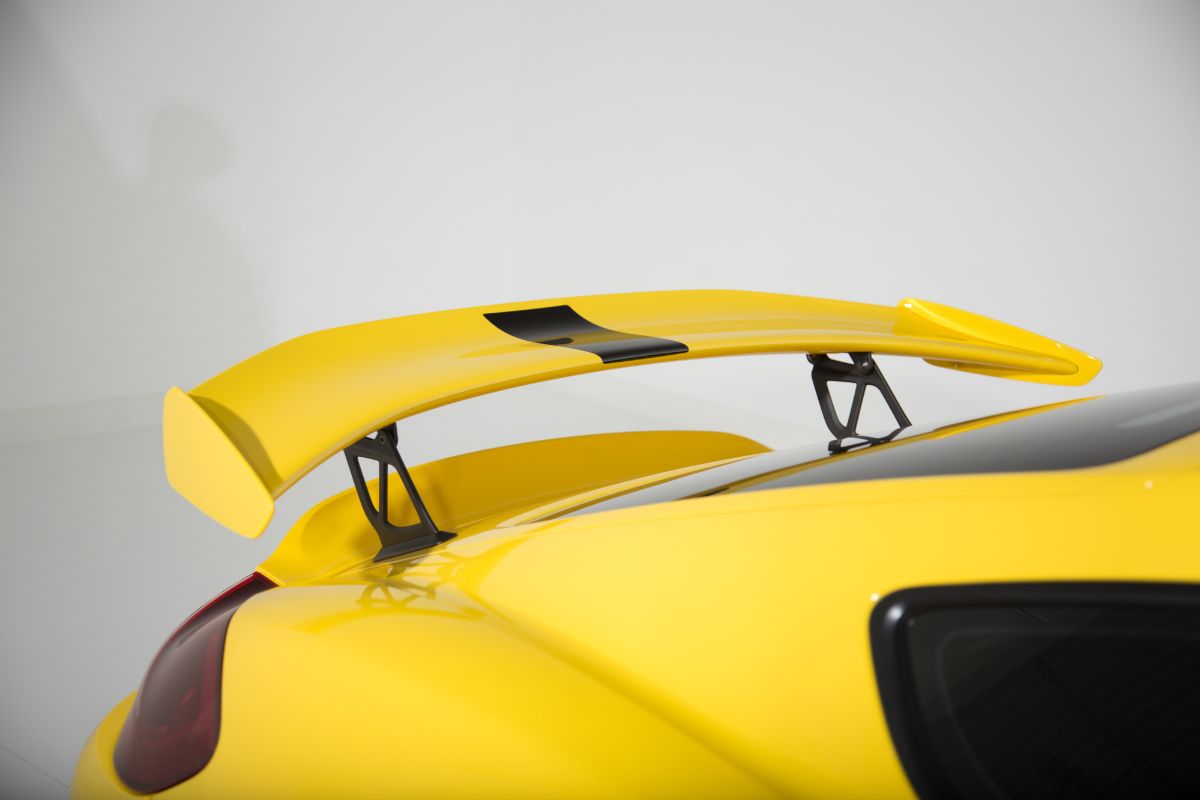 This is by far the most widely used kind of plastic for spoilers. This sort of material is much less expensive in comparison to the other options, but it is also more fragile. It tends to weaken and break down rapidly as it gets older. 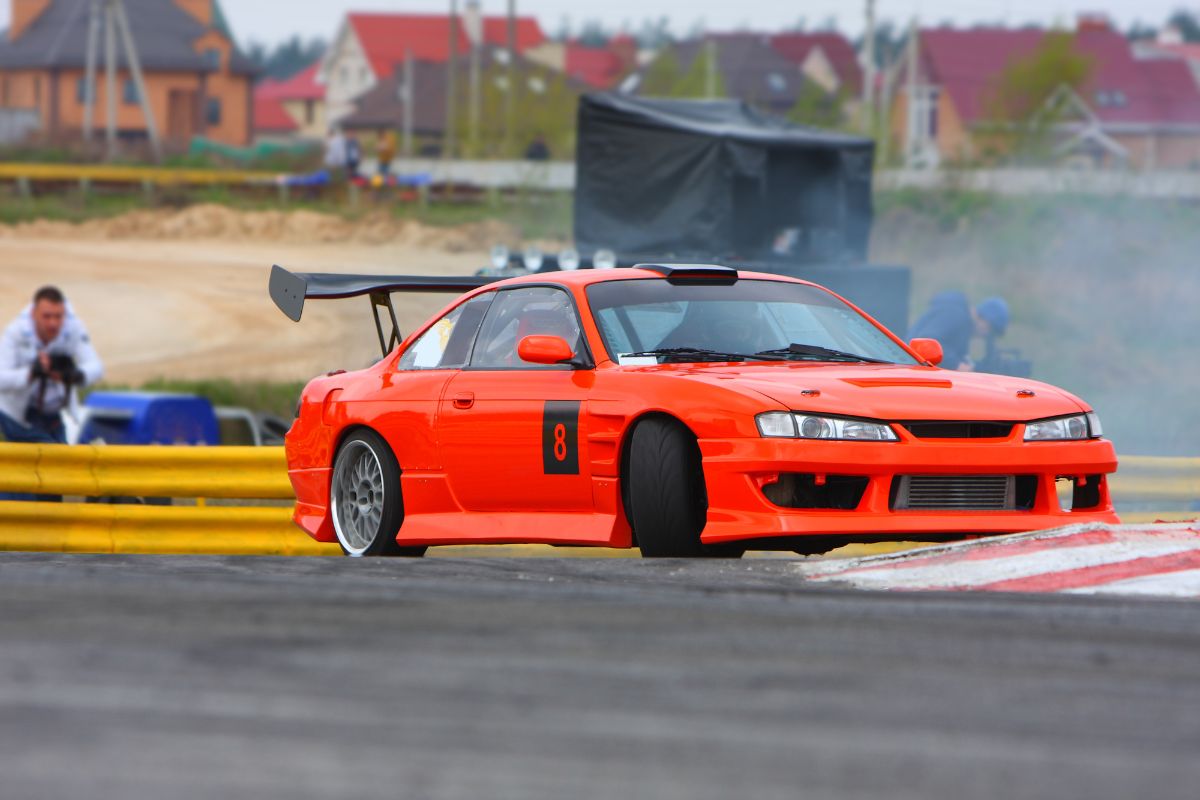 These are the most costly of the commercially available materials, but they are valued for their portability and long-lasting durability. 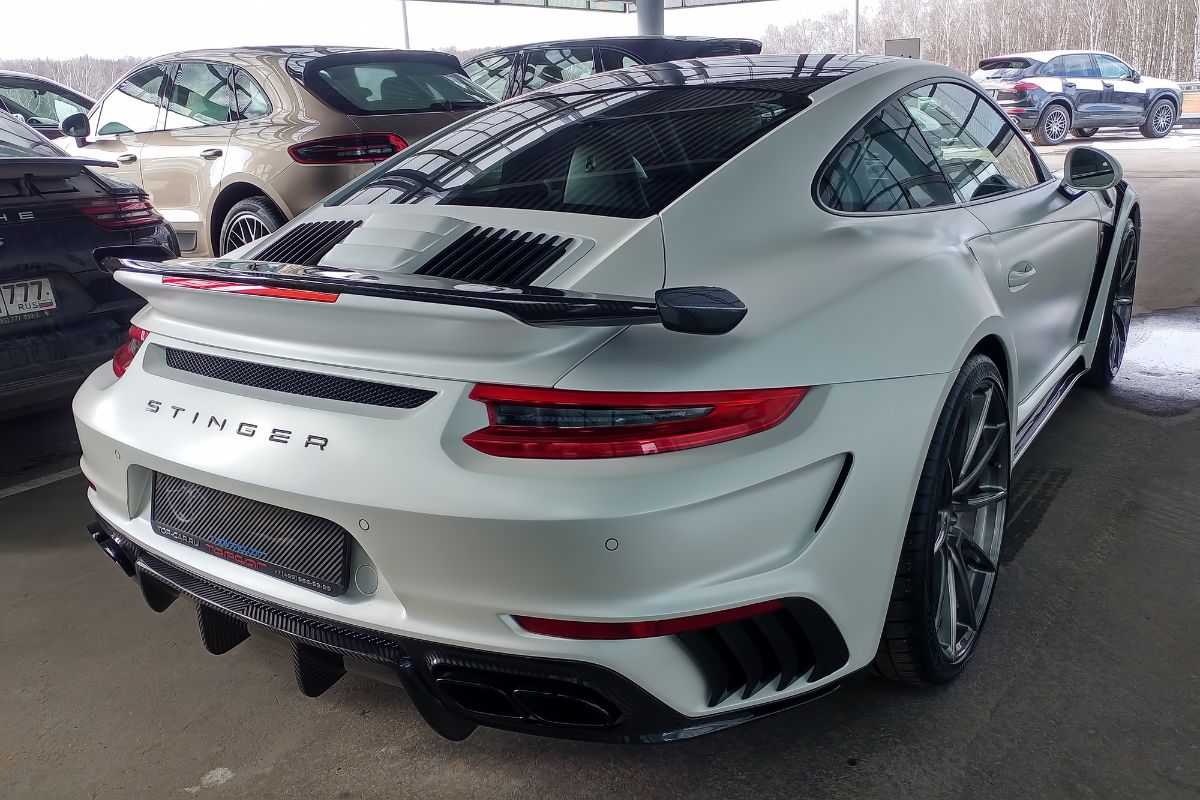 This is also an alternative, although it is much more expensive and heavier than the other materials. The benefit of this sort of material is that it is long-lasting and should look good on your car for more than just a few years.

These are the primary spoiler materials that you can get if you were to go spoiler shopping today. But, it’s the end-all and be-all of what you should look for when looking for spoilers.

You must also consider the materials’ sturdiness, price, as well as weight before making your purchase. With the details available, it’ll be much simpler to choose which one best meets your requirements and budget.

Is It Necessary For My Car To Have a Spoiler?

If you drive a really fast car, then you do need a spoiler. Spoilers operate ineffectively at low speeds and only function properly at high speeds. You may begin to see the benefits of the spoiler at speeds more than 100kmph, but you must maintain a steady speed over this limit to notice any change.

What is the Purpose of a Car Spoiler?

The spoiler is a piece of equipment that is usually mounted on the rear of a car to reduce turbulence as well as drag generated behind the vehicle. Spoilers may be seen on both regular cars and high-performance sports vehicles.

How Does a Car Spoiler Work?

The back end of the car is naturally ventilated by air flowing from the top. If it is allowed to flow freely, it tends to flow quicker and produce low pressure, which might raise the back of the vehicle, particularly at high speeds. The installation of a spoiler disturbs this airflow, resulting in a reduction in velocity and lift. It also has the additional benefit of reducing drag.

How Much Does a Spoiler Generally Cost?

If you buy an aftermarket spoiler, you could pay anything from $15 to $115 based on the year, make, as well as model of your car. Color, finish, materials, plus brand are some of the other aspects that might influence the final pricing. When buying a car spoiler, make sure to go for those made with durable materials.