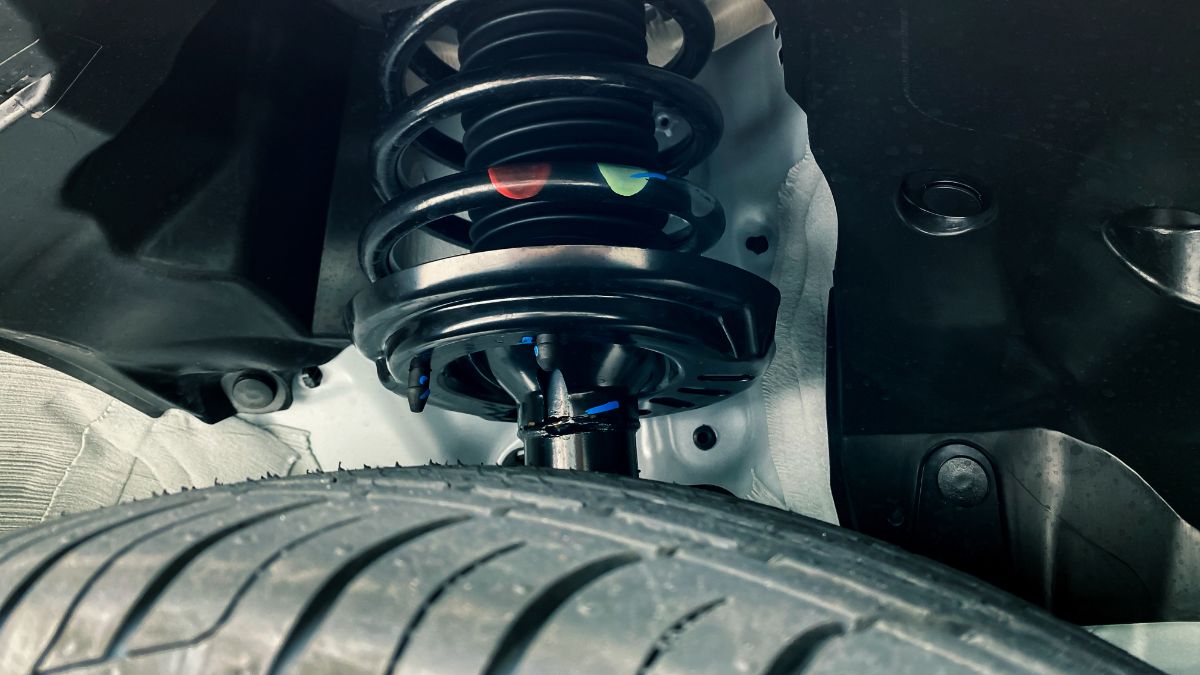 Do you know what a strut is for a car? Do you know what it does? Well, it’s integral to your car’s operation, and a bad strut can cause problems with handling, ride comfort, and ultimately, safety.

Struts are located on the front corners, the back corners, and sometimes all four corners of your car. They isolate the body of your car from the wheel assemblies and provide suspension for the body.

They perform the duty that a separate shock absorber and coil spring did separately. I had to replace the struts on my Chevy HHR recently and had a set of Monroe’s shipped to me, and my mechanic installed them.

His recommendation was to change the rear shocks at the same time, so I did, and the ride and handling were significantly improved.

I also saved money by buying all of the parts at one time, and my mechanic didn’t have to wait for them, so the job was done quickly.

Contents Show
What is a strut for a car?
Not all cars use struts
Types of struts for cars
1. Front struts for cars
2. Rear struts for cars
Shocks are not struts, and struts may not be suspension parts
Can I replace struts myself?
What about the other struts?
How can I tell if my struts are bad?
Are struts better than shocks?
Is it necessary to buy the best shocks?

What is a strut for a car?

A strut combines a coil spring and a shock absorber into one unit. The first struts were designed by Earle S. MacPherson, an engineer with Chevrolet’s light car division, in the mid-1940s.

As a result, many people refer to struts as MacPherson struts, even if Rancho is painted across the tube. The MacPherson strut was initially designed for the Chevrolet Cadet, a concept car.

However, that project was snowballed in 1947, and Macpherson, unhappy with the outcome, left Chevrolet. He then joined the Ford design team and filed patents for his endeavors.

However, most cars have had independent suspension on all four wheels in recent years, precisely the setup MacPherson envisioned.

However, struts haven’t caught on for use on all four corners of cars and are still used predominately on the front and not the rear. Like shocks, you can purchase primary OEM (original equipment manufacturer) struts.

Or you can buy stiffer struts for use on performance cars and drivers who want better performance from their vehicle.

Not all cars use struts

With the advent of independent suspension on more cars, struts became more common, economical, and more practical to suspend a car’s body above its wheels.

Cars have many suspension parts, and struts are one of many. Struts can be purchased as individual parts for you to assemble, or you can buy them as a complete assembly.

When purchased and already assembled, the struts are ready to bolt into place once you remove the old strut assembly.

Assembling a strut requires special tools, such as spring compressors, air wrenches (preferably), and a means to safely lift the car from the ground.

In addition, raising the car is necessary so you can remove the wheel, remove the offending part, and replace it with a brand new strut.

Types of struts for cars

There is a wide selection of manufacturers other than OEM parts when choosing struts for your car. First, of course, there are a few big names, such as Monroe, Rancho, Autoshack, Detroit Axle, KYB, Bilstein, and Unity, as well as others.

As mentioned, struts can be purchased that you must assemble or already put together. The prices are comparable, and a preassembled unit is a better buy for the money. 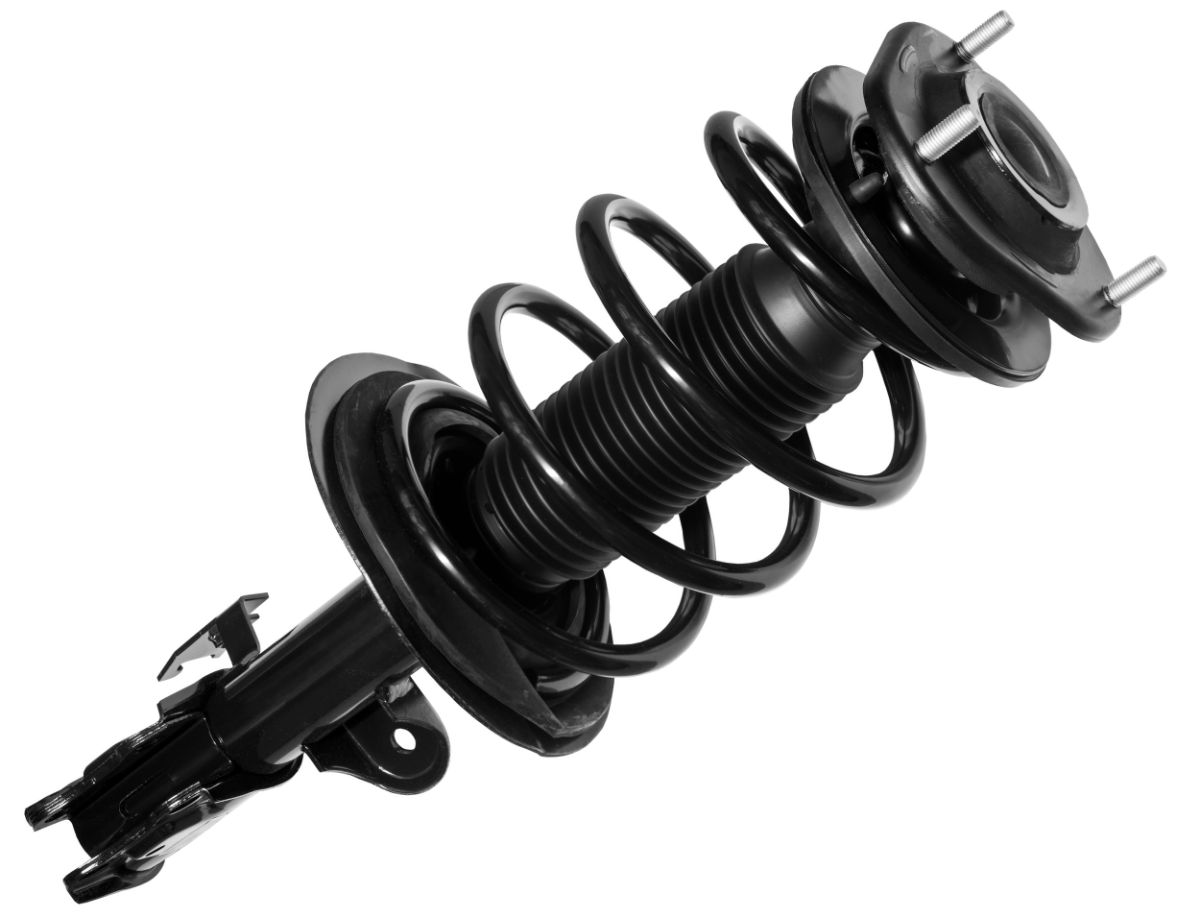 Front struts mount to the car’s wheel assembly at the bottom and the body of your vehicle near the fender and firewall.

Replacing them is much like replacing shocks, and you will need to be able to suspend the car and relax the suspension to remove and replace this part.

The front struts of your car serve the purpose of tying your front wheel assemblies together with the body of your vehicle. However, they also affect your cars’ handling because they work with steering and suspension. 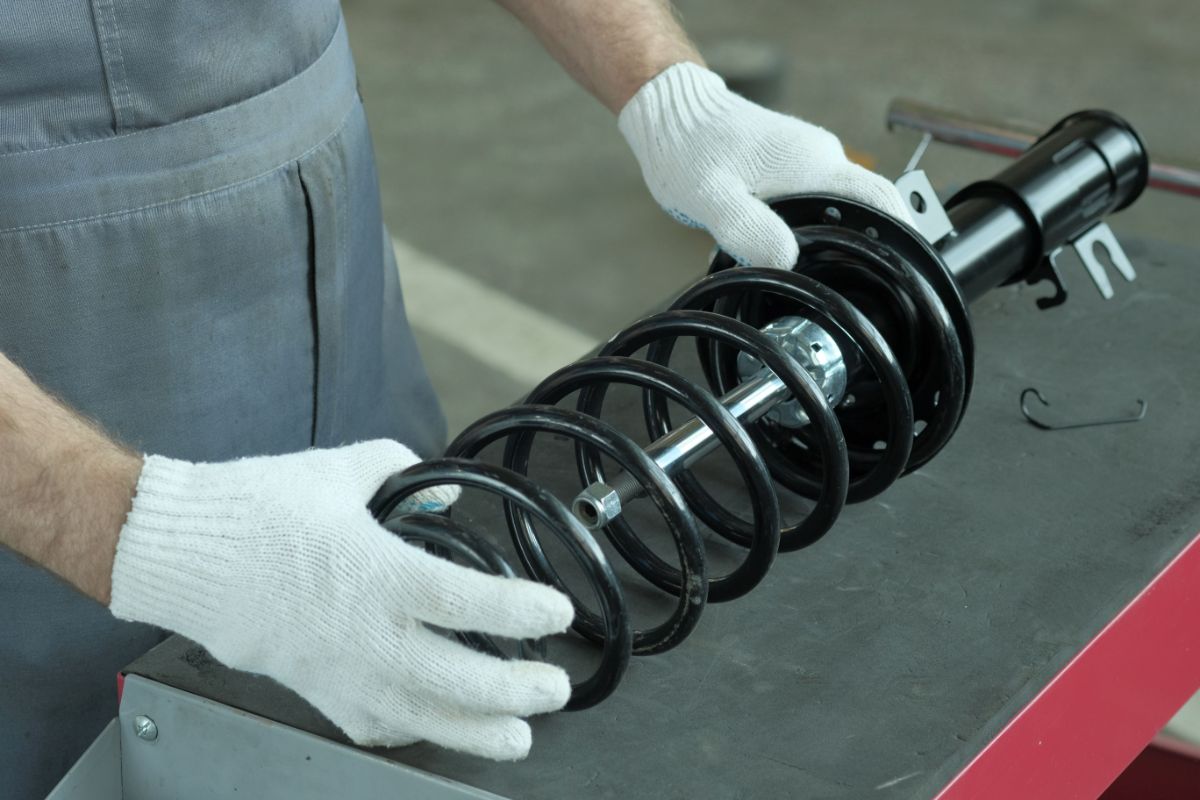 Although independent suspension caught on for use on the front of cars, not many vehicles use struts in the rear. Instead, most manufacturers have opted for coil springs paired with shock absorbers at the rear corners.

Until the advent of unibody cars in the early 1960s, the rear suspension of all cars used leaf springs and shocks to isolate the car’s body from the road.

However, most of those cars were body-on-frame, were very heavy, and until the 1970s, most of them were very large. Boats, we called them, because they wallowed down the road like a boat in a rough sea.

Jumping ahead a decade, the arrival of many more front-wheel-drive cars brought independent suspension to the rear of most cars. This was due to the rear axle assembly being gone because most cars became powered by their front wheels.

Some manufacturers have kept the coil spring shock method of suspending their cars, while others have opted for struts on the front and rear. Two vehicles with front and rear struts are the Audi A8 and Mercedes 500SL.

Shocks are not struts, and struts may not be suspension parts 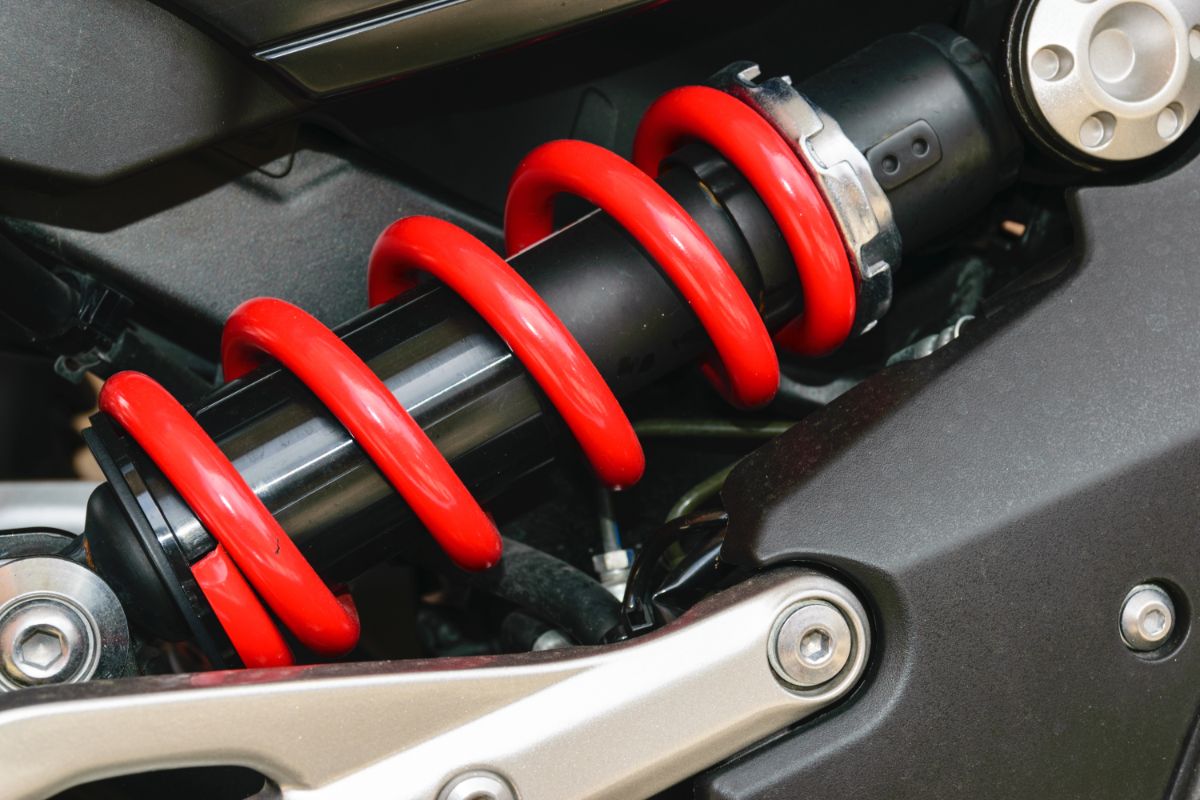 Shocks are not struts, are not shocks. It takes a shock, combined with coil springs, mounted together in one assembly to be a strut. There are other struts for cars, too.

When searching for struts, you will find more than automobile suspension parts. Additional struts include those that hold open the hood of your car or the hatch.

You will need one of these types of struts, too, at some point on your car, because most cars have struts somewhere on them that is not part of the suspension.

So, beware when looking at struts, because a picture of a hatch strut can look very much like a shock absorber or the inner workings of a strut.

Some part descriptions are difficult to decipher. This difficulty can be especially so if you have a car with parts that fit many other cars. In that case, ordering the correct part can be confusing to do.

Can I replace struts myself?

Struts are heavy, oddly shaped constructs. If one fell on you, it might harm you, and considering where it goes, falling on you is not out of the question.

Unless you have the tools, a way to safely elevate your car, and the mechanical understanding to do so, changing struts is best left to a mechanic with a lift and various air tools.

It’s not that many weekend mechanics can’t change a set of struts. However, it’s time-consuming, and after struts on a car are changed, the vehicle will need an alignment. If you fail to take this step, your tires may wear unevenly.

If you’re lucky, you have a friendly mechanic who will allow you to bring the parts when you drop your car off for repair. It has saved me hundreds of dollars on parts because I don’t have to pay the mark up at the shop on a part I can get myself.

Either way, if you have bad struts, shocks, or any other suspension part that is worn and faulty, have it done as soon as you know you have a problem.

What about the other struts?

Struts that hold up car hoods and hatches are easy to replace and can be done in a few minutes. So, don’t let a weak hood or hatch strut endanger you or someone else because it’s weak or inoperable.

Most of them have a simple ball and socket fitting, and the end of the strut snaps in place. They can usually be purchased in singles or as pairs.

However, like replacing front and back struts and shocks at the same time, it would be best to replace both struts, too, because if one fails, the other is sure to follow soon.

How can I tell if my struts are bad?

Struts don’t go bad overnight, and there is usually an indicator or two that will let you know you have a problem. The following are a few things to look for if you think you have a bad strut.

Are struts better than shocks?

There is an argument that struts are cheaper than shocks, but I’m not a believer. A pair of shocks is generally more affordable than a comparable pair of struts. They are usually less expensive to have installed, too.

That is unless they’re a set of Ranchos going under the belly of a lifted Silverado, but that’s another story. Since you have no choice when you buy a car, it has the suspension it came with. But that doesn’t mean you can’t tweak it a little bit.

For example, new struts, shocks, and front-end components can make an older car drive like its new again. Alternately, new struts can tighten up the suspension of a newer car and give it better handling.

When buying shocks, you can get a low-priced OEM product or go for something that will give you better performance and longevity. If price is no object, many cars’ suspensions can be converted to air-cycle.

Some Lincolns, Cadillacs, and other luxury cars come with air-ride systems, and they can be costly to replace. So, keep this in mind if you look at used cars to buy.

Is it necessary to buy the best shocks?

That depends on how and where you drive and if you plan on keeping your car for a while. An average set of struts will last from 50,000 to 100,000 miles.

So, if you intend to keep your vehicle until the wheels fall off, or are leaving it to your kids as an inheritance, then get the best struts you can afford.

Also, if you have specific performance goals you wish to meet, then a set of high-performance or air-assisted struts may be to your liking.

The thing is, you have options when searching for a set of struts for the suspension of your car or for the lazy strut that no longer holds the lid of your trunk open for you.