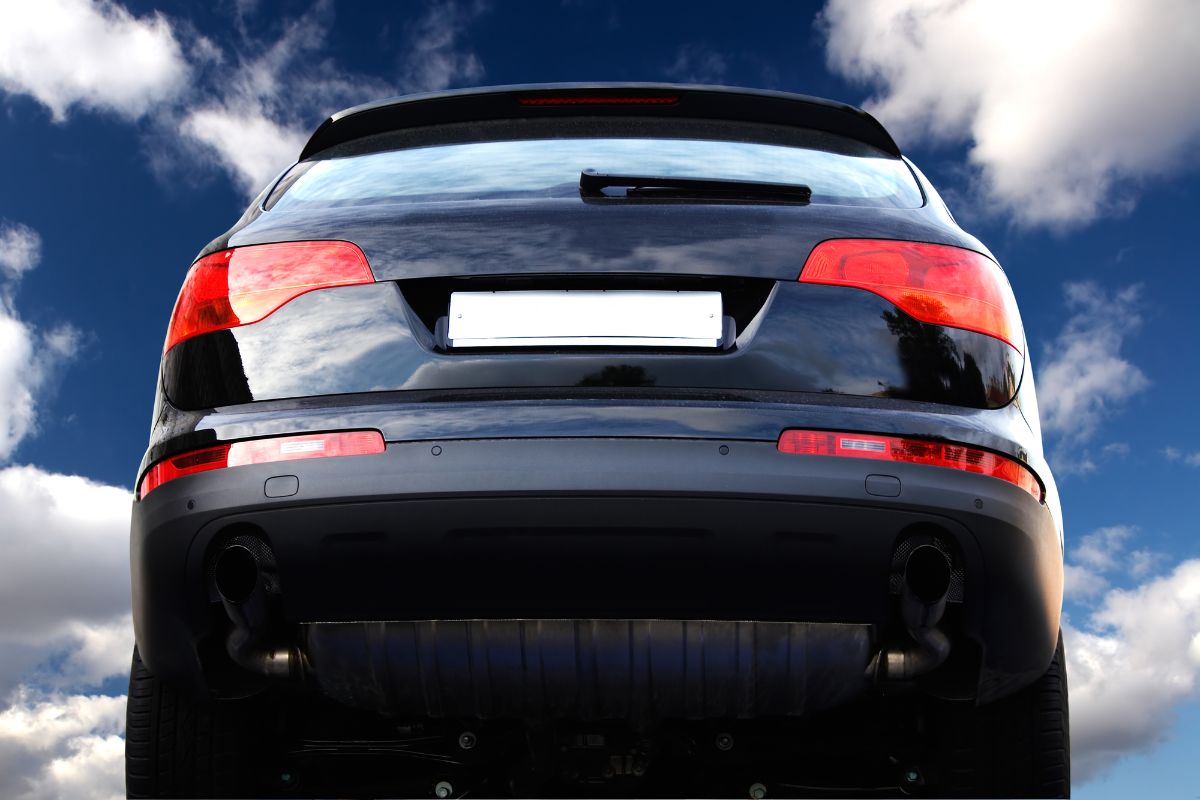 Have you ever driven behind a vehicle with busted tail lights at night? I did, and it was a pretty challenging experience! After that, I always made sure to replace a broken taillight promptly. I believe this is something everyone has to do.

This is why you need to replace your taillight as soon as possible if it goes out.

There are different types of tail lights available on the market, and each type has its advantages and disadvantages. For instance, led tail lights are becoming a very popular choice.

This is because they use smaller amounts of energy, and they tend to last longer than other types of tail lights. Here are some other tail light options for your vehicle. 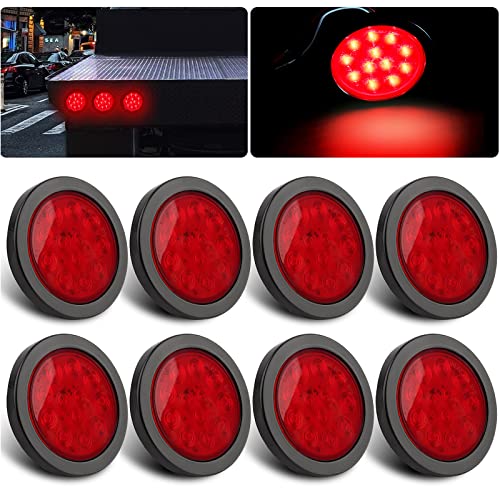 If you have seen a vehicle with LEDs for tail lights, you probably know how these lights can boost the look of any vehicle. This already highlights one major advantage of these lights: they are aesthetically superior to other types of tail lights.

If you consider that people spend more time looking at the back of vehicles than at the front, you can agree that it pays to have tail lights that create a memorable and unique look.

For instance, when you and your friends are walking toward your vehicle, you will usually approach it from the back and admire the rear of it.

Here are some more advantages of LED taillights for vehicles.

LED taillights were first introduced in the 2000 Cadillac Deville. During those times, LEDs were thought to be perfect for brake lights because they had a significantly faster rise time than other light options.

For instance, these lights can reach full illumination 0.2 seconds faster than the traditional incandescent light bulbs. It may not seem like those two seconds play a large role, but that’s a lot of time for a vehicle moving at 60 miles an hour.

This can give the driver behind you an added 21 feet of stopping distance. According to the National Highway Traffic Safety Administration, this difference in rise time is enough to lower the risk of accidents on the road.

Besides having a faster rise time, LED taillights also give off a much brighter light. Experts suggest that LED tail lights provide about two to three times more light than standard incandescent ones.

This means these taillights are better able to illuminate the surrounding environment than other taillights. This makes it easier for drivers traveling behind you to locate your vehicle. This is why most emergency vehicles use LED lights instead of other types.

LED taillights generate more illumination per watt when compared to traditional incandescent lights. Because of this, they don’t use as much energy as other types of taillights to give the same amount of light.

LED taillights have a longer life expectancy than other types of tail lights. This is because they are incredibly resistant to vibration. As a result, they are not consumed during use. You can expect your lights to last for more than 60,000 hours.

That’s a significantly longer lifespan than incandescent bulbs that last for about 2,000 hours. This eliminates the hassle of frequent taillight replacement and getting stopped by the police because of non-functioning lights.

Apart from lasting longer, LED lights don’t require a lot of maintenance either. This means you won’t spend money repairing them.

LED lights have a lot of advantages, but they also come with a few disadvantages. For instance, while these lights will help you save more in the long run, they have a higher initial cost. Therefore, they can be a bit too pricey for some people.

Apart from that, they have drive circuits that are often more complex than incandescent lights. In some instances, this can cause problems for drivers. However, the advantages offered by these lights far outweigh the cons. 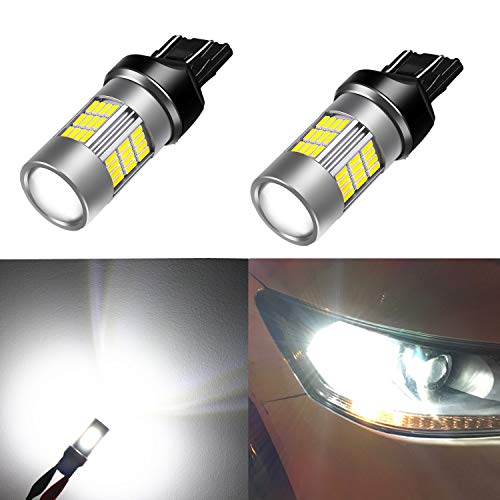 Another taillight option that you are likely to come across is Xenon lighting. Scientifically speaking, xenon lights are a type of incandescent light. This type of lighting uses an odorless gas called xenon to generate light.

The gas is heated using small amounts of electricity, creating brighter lighting than the majority of halogen and yellow light sources. Many newer vehicle options come with xenon lights as both taillights and headlights. However, unlike traditional incandescent lights, xenon lights have more pros than cons.

Here are some of the advantages of xenon lights that you must be aware of.

Compared to standard halogen lights, Xenon lights are much brighter. Some people claim that these lights are so bright that they can make the light look like day.

This means that other drivers won’t have difficulty locating you on the road when they are driving behind you.

Energy efficiency is a huge factor to consider when looking for taillights for your vehicle. Because xenon lights use gas to generate light, there is less electricity being consumed by your taillights.

Xenon lights last a lot longer than traditional halogen bulbs. This means you won’t spend a lot of money on replacements and repairs.

Xenon lights are associated with a few disadvantages. Here are the top 2 disadvantages of using xenon taillights.

Compared to halogen bulbs, xenon taillights can be pretty expensive. Apart from the cost of the lights, you will also need to pay for a separate xenon light HID kit that enables you to add xenon lights to your vehicle.

Of course, this also means that you should pay extra for these kits. If you are not a mechanic, you should expect to part with even more money by hiring someone to install the lights for you. 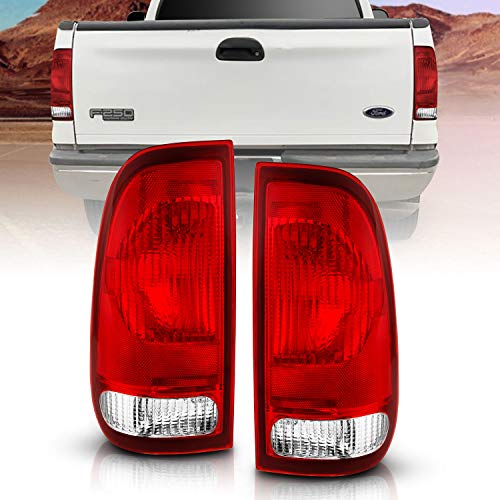 Halogen lights use a combination of argon and nitrogen. These two are gases trapped within a heat-resistant envelope that contains a tungsten filament. To create light, your vehicle’s battery sends a charge to the tungsten filament and causes it to heat to about 2500 degrees.

Here are some advantages of installing halogen taillights on your vehicle.

Halogen lights have been around for a while. Their initial popularity was fueled by how easily these bulbs could supply light and how this light was superior to other types of bulbs. Even in the face of more advanced and better options, many drivers still go for halogen taillights.

Another significant advantage of halogen lights is that they emit a bright warm light. For drivers, this means vehicles are easily noticeable at night and during inclement weather.

Apart from that, the light provided by halogen lights activates instantly without flickering. This reduces the risk of accidents due to light failure.

Halogen lights are not the longest-lasting of taillight types. However, they still deliver a reasonable lifespan of 450 to 1,000 hours. This will give you a lot of mileage from a single pair of halogen taillights.

If your late-hour driving routine is around half an hour daily, you can get about three years of usage from a pair of halogen taillights. Even if you drive for about an hour after dark each day, you will still get from eighteen months to three years.

If you only drive short distances daily, halogen lights are a practical option. There’s no point investing a lot of money buying expensive options when you don’t drive long distances. This is especially true if you don’t drive at night.

One of the most significant advantages of halogen lights is their price. These lights are low cost, and you won’t have to part with a lot of money when you need a replacement.

When you compare the cost of halogen lights to other maintenance tasks on your vehicle, you will notice that replacing these lights is the cheapest task on that list.

This is yet another advantage of halogen bulbs. Whenever you need a replacement, all you need to do is purchase the lights, and you can do the change-out process on your own.

All you need is to be comfortable carrying out some minor maintenance. The process involves twisting out the old taillights and then slotting the new ones in place. You can make the entire change-out in less than 15 minutes.

Because of how popular they are, halogen taillights are the most universal taillight found worldwide. This is why most vehicles are built with halogen lights in mind.

They also come in various sizes, so all you need is to get the size right, and you shouldn’t have any problems.

One of the most significant disadvantages of halogen lights is that they generate a lot of heat. This is an inborn issue, so nothing can be done about it. Because of this heat issue, halogen lights waste a lot of energy.

This places a high demand on your vehicle’s electrical resources. As a result, these lights cannot be counted as the most eco-friendly taillight options.