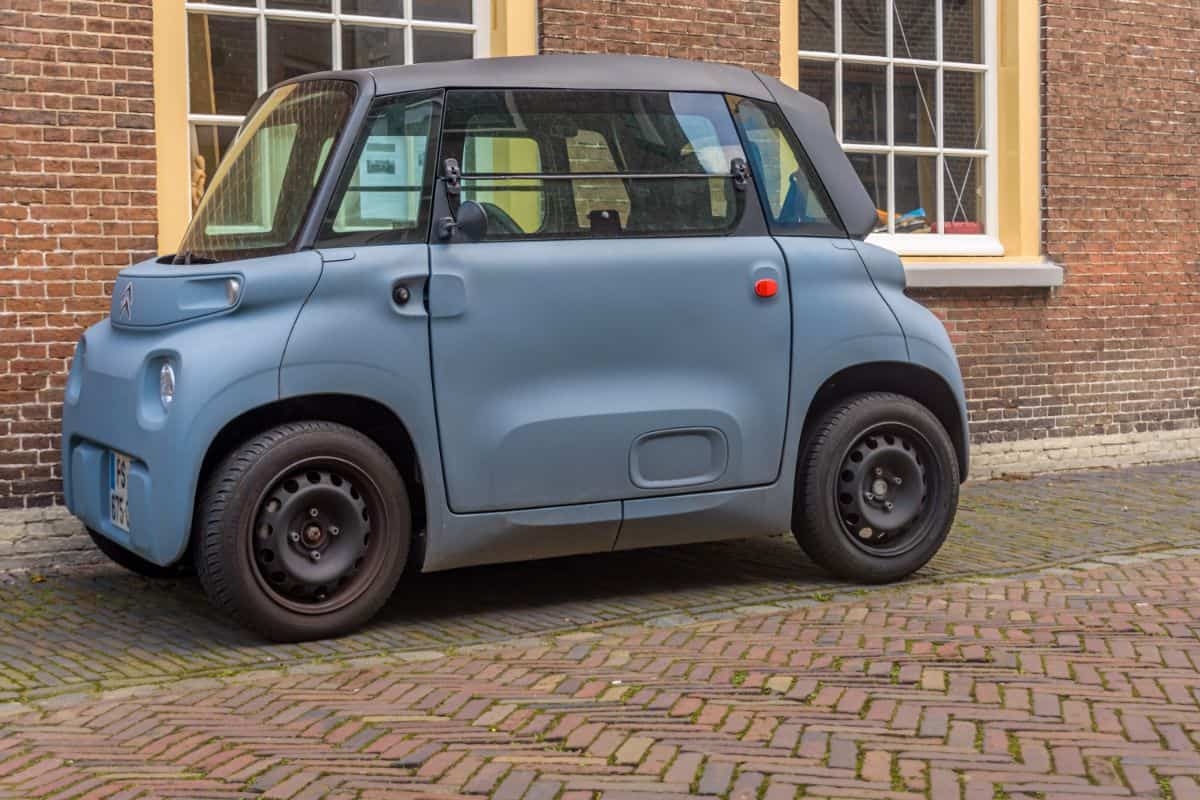 Beauty is said to be in the eye of the beholder. That’s all very well, but most people acknowledge the immense, undiluted splendor of the Taj Mahal. At the same time, most people recognize the tragic horror of Baltimore USA’s Morris A. Mechanic Theatre, or the gag-reflex triggering London UK Lincoln Plaza ‘luxury apartment’ block.

Thus, it appears that beauty and ugliness are levels of aesthetic or anti-aesthetic that the majority of folks can agree on, for which reason I am happy to stake my claim that these here below are the 10 ugliest cars of all time. (Take the ‘currently on the market bit’ with a large dollop of salt, though.)

Contents Show
The Pontiac Trans Sport
The Crosley
The Marcos Mantis M70
The Aston Martin Lagonda
The Citroën Ami
The Pontiac Aztek
The Nissan Cube
The Corbin Sparrow
The AMC Pacer
Nissan S-Cargo
Afterword: The 10 Ugliest Cars of All Time 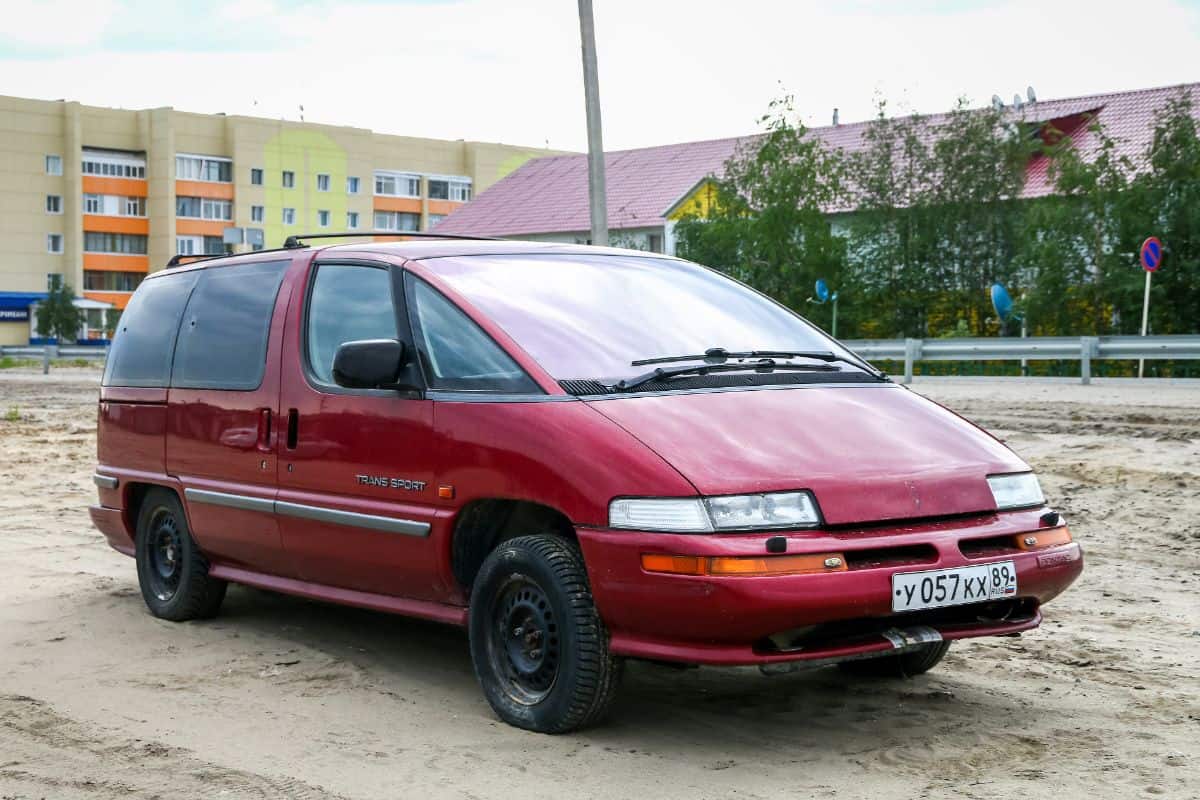 Not to get into the super-sensitive area of identity politics or anything, but the fact that this minivan has ‘trans’ in its name is ironic and piquant. It’s as if the vehicle was born a minivan but suffered the attentions of an inebriated pimp-my-car hack to become a wheeled door wedge.

That this entry is the least ugly of the ten vehicles on this list is understandable because the Trans Sport (lol) has a certain charm for all its aesthetic faults. The thing is, this two-tone motor is an aborted vehicular Benjamin Button. It looks old and rickety on its first day on the forecourt, but it doesn’t get younger-looking with each passing year. It just gets older-looking and more dilapidated, and older-looking and ricketier.

Fearsomely awful feature: the worst thing about the Pontiac Trans Sport (lol) is that it is so ugly, it was probably a social danger to the family unit. Any Dad who showed up with one of these was likely to face his family’s instant and permanent loss of respect for him. 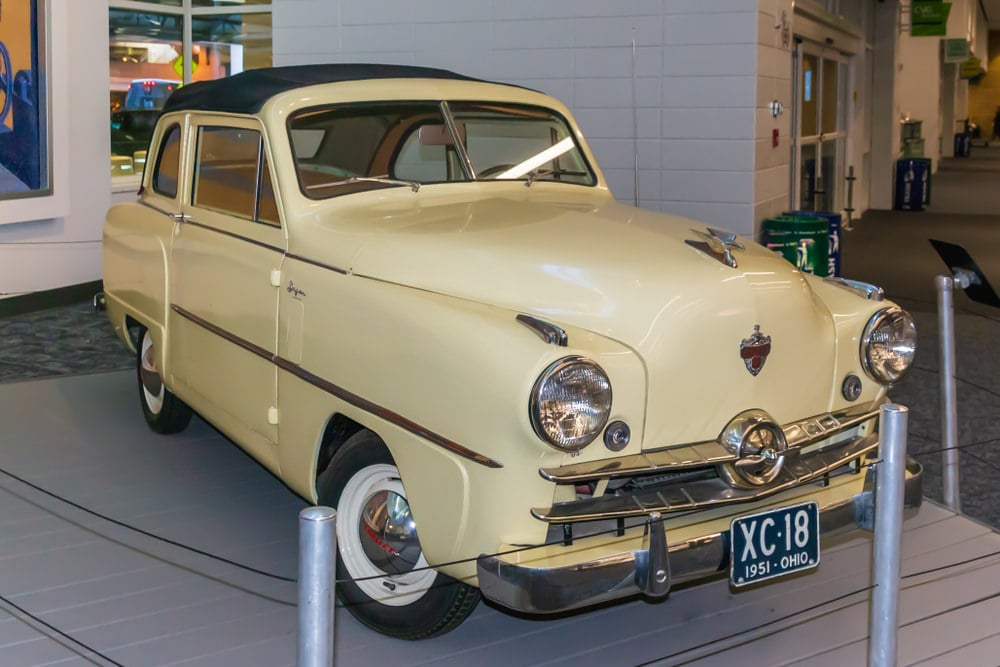 Once you realize that the Crosley was born in Britain at the height of rationing just after the Second World War, you can understand why it seems like a timid and apologetic motor scooter forced to leave its comfort zone and pretend to be a car. Looking into its cabin and discovering that it had a driver’s seat alongside a passenger seat gave me such a frightful shock that it took ages for the effects to wear off.

I can only say in this vehicle’s favor that I forgive its designer. The car fully conveys dolorous mournfulness, a heavy, dark shadow that bears the unbearable testament of gloom, doom, and despair. I assume these are indications that the designer went through hell during the war, a hell that weighed heavily on his mind as he designed the car. I feel his pain. In fact, anyone who gazes upon this car will feel his pain too.

Outstandingly awful feature: the abject surrender to an air of defeat and despair. Based on the looks of this car, it is incomprehensible that the Brits went on to win the war. 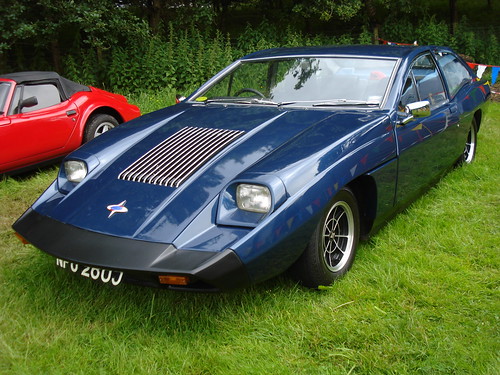 Obviously built as a joke, the Mantis M70 is no joke. It is blindingly apparent that its designers sought to lend the M70 an air of quiet menace reminiscent of a Preying Mantis, just as it is glaringly evident that they failed horribly.

From the front of the cabin to its rear, the M70 looks like a car. From the front cabin to the front grill, the M70 looks like a metal sculpture given to a sophomore art student with the brief, ” Toad-and-Lizard Chimera.” That said, the M70 may be simply a prank that went too far, a notion bolstered by the color of the example I saw, a sort of diarrhea-brown. The problem is, it is tough to imagine that there are people in the world with such a warped sense of humor.

Slightly awful feature: I don’t know whether it’s just me and my somewhat overactive writer’s imagination, but the M70’s weird hood strongly suggests a gentleman pulling down his pants. Honestly. Worse yet, once seen, you can’t unsee it. 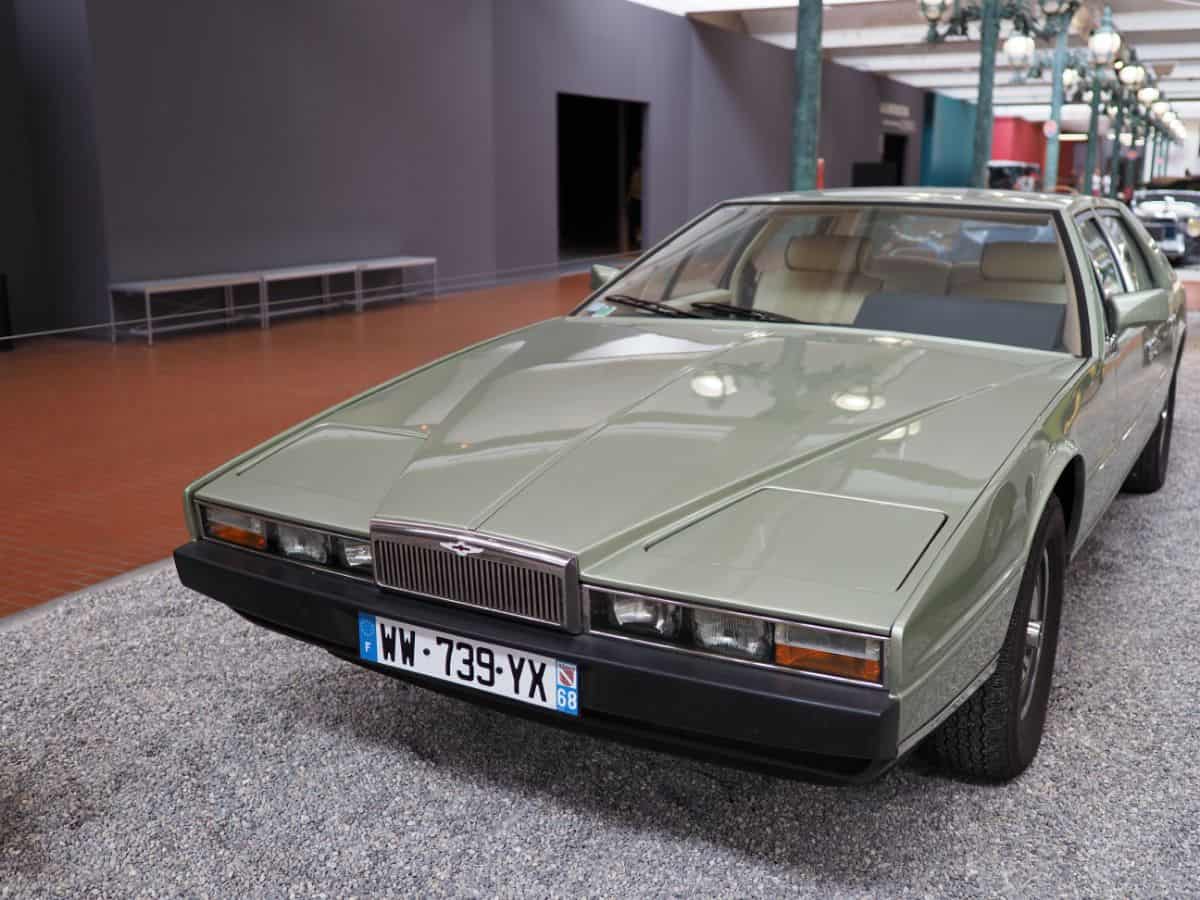 Aston Martin is a name that will long live in the Hall of Fame for Beautiful Cars–sorry, Hall of Infamy for Ugly Cars, for cursing the public with the unmitigated horror of the Lagonda. If you think that sounds too harsh, let me tell you that you’re wrong. If anything, I don’t go far enough.

Imagine being a wealthy young man eager to impress friends, family, and beautiful girls. However, imagine that this man has more money than sense, a flair for style that doesn’t exist, and a surfeit of arrogance so that he can’t understand his car is not receiving looks of envy but of sheer loathing.

If you can imagine all that, you will still fall short of the revulsion generated by the stupidly elongated hood artlessly dunked onto the boxy body of a car that sits too high off the ground (and not in a good way, mind), so it looks as if it is designed to test the limits of a misplaced center-of-gravity.

Stomach-churning awful feature: the strange, jutting nose of the car that is at once space-age and retro, sleek, yet boxy and unremittingly infuriating. 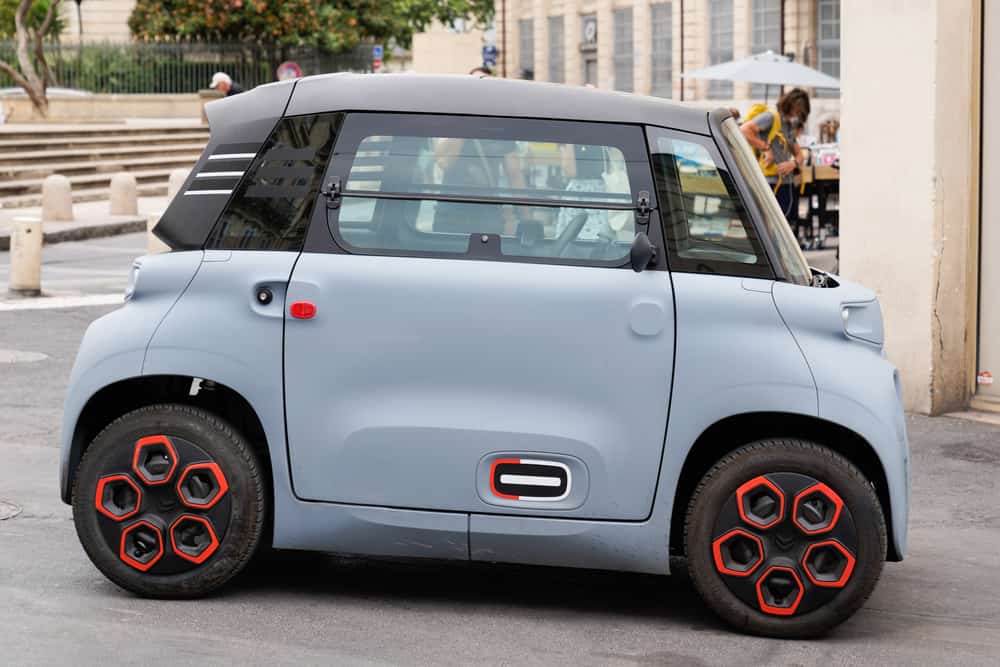 “Ami” is French for “friend,” but there’s nothing aesthetically friendly about this car. The Ami is a curious, misshapen mix of three very distinct features. First, it has a front end that is classically an early 1960s automobile, then it has a cabin midsection that is clearly modeled on the deckhouse of a barge, and last, it has a trunk that is equally clearly modeled on an outhouse.

The entire vehicle seems to have gone into production way too early in the design cycle on the back of a mishmash of experimental thoughts and over-excited creative ideas. It is the sort of thing that would be associated nowadays with a vulgar parvenu director who had pretensions of restoring the movie industry to the heyday of nouvelle vague French cinema. In short, an uncouth charlatan with delusions of grandeur. 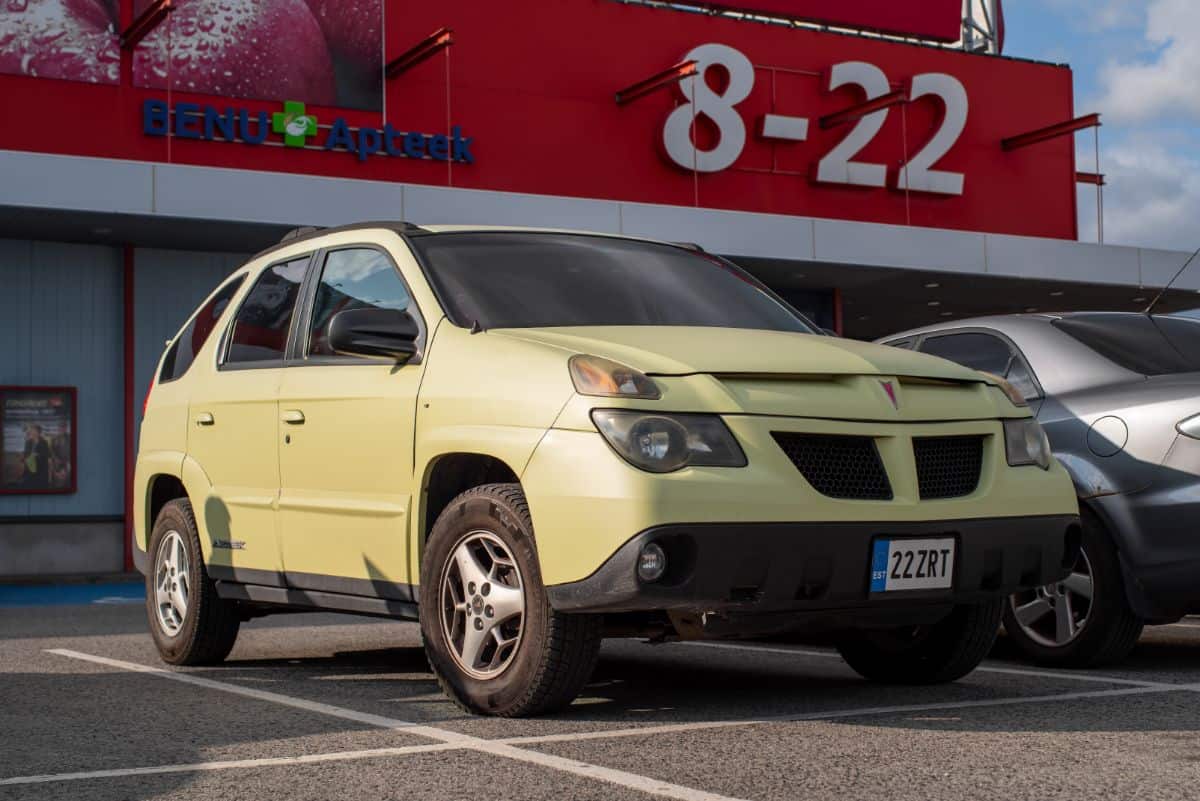 Unlike many of the other cars on this list, the Aztek doesn’t engender hate-filled feelings of red-hot burning rage but a simple sigh and sad acknowledgment that some people weren’t brought up properly. Anyone who agrees to be caught dead or alive in this hot mess of an automobile only deserves pity; it’s not even worth contempt because the Aztek isn’t worth any strong emotion whatsoever. In looks, it appears to be an unimaginative, unassuming, small-to-mid-range vehicle, so on that front, you’d see there is little to complain about.

However… you start to notice the plastic-everywhere aesthetic. Dinky little wheels, dark grey plasticky roof rack, rubbery front bumper, and you suddenly realize you’re looking at an automobile that Pontiac must have hurriedly thrown together using a Mattel toy car for inspiration. There’s nothing for it but to just “pity the fool” who drives one. 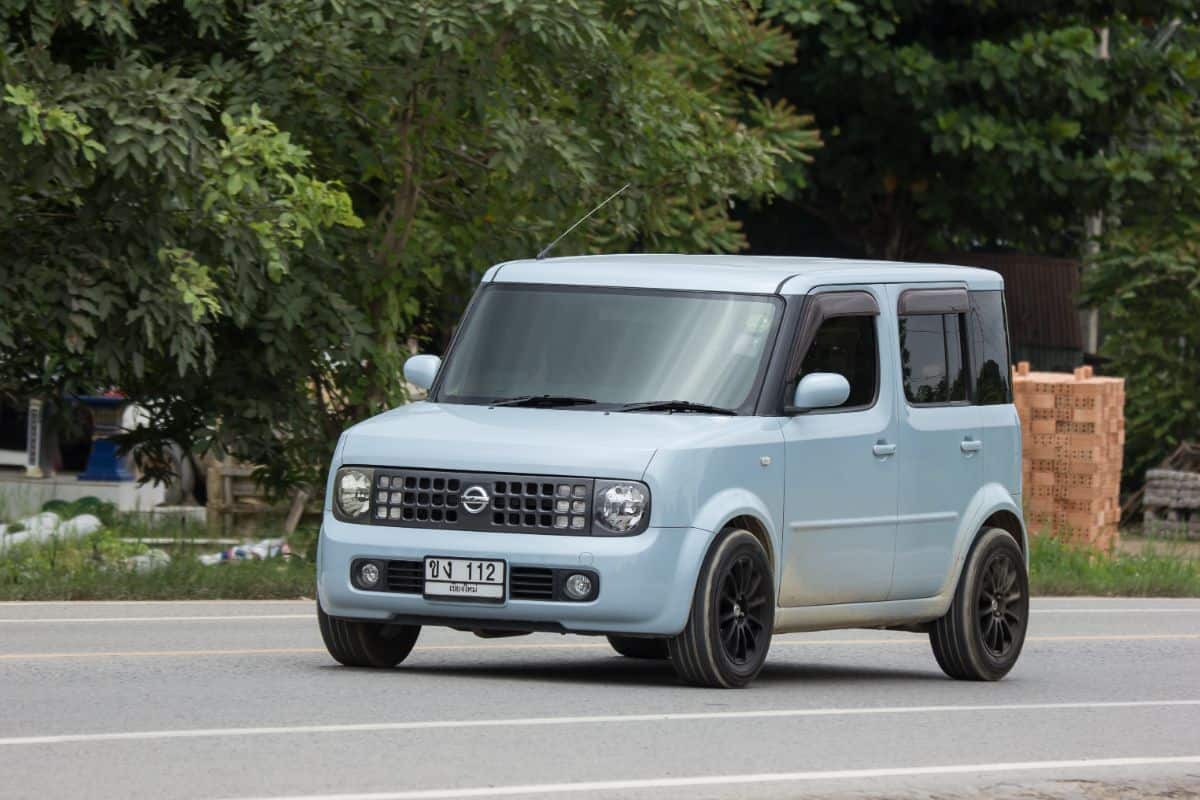 It should have been a wheeled coffin for a quirky little person who had a wicked sense of humor and wished to go out with garish flamboyance. Misnamed “the Cube” as an obvious ploy to pretend that this vehicle’s boxy, drab, uninspiring look is an admirable design feature, what we’ve really got is what seems to be an attempt to marry the allure of an airport transport to the solid needs of a quirky urban soccer mom. The effort failed, and instead, the Cube is an overgrown circus clown car with a hardtop.

The Cube comes in a wide variety of colors. There’s even a two-toned version. Unfortunately, none of these panaceas help cover the ugly that is so painfully smacked onto this car.

Oh Lord, my eyes! awful feature: the bulge in the Cube’s behind, which looks like an afterthought when the designer realized he had moved the rear wheels too far backward. 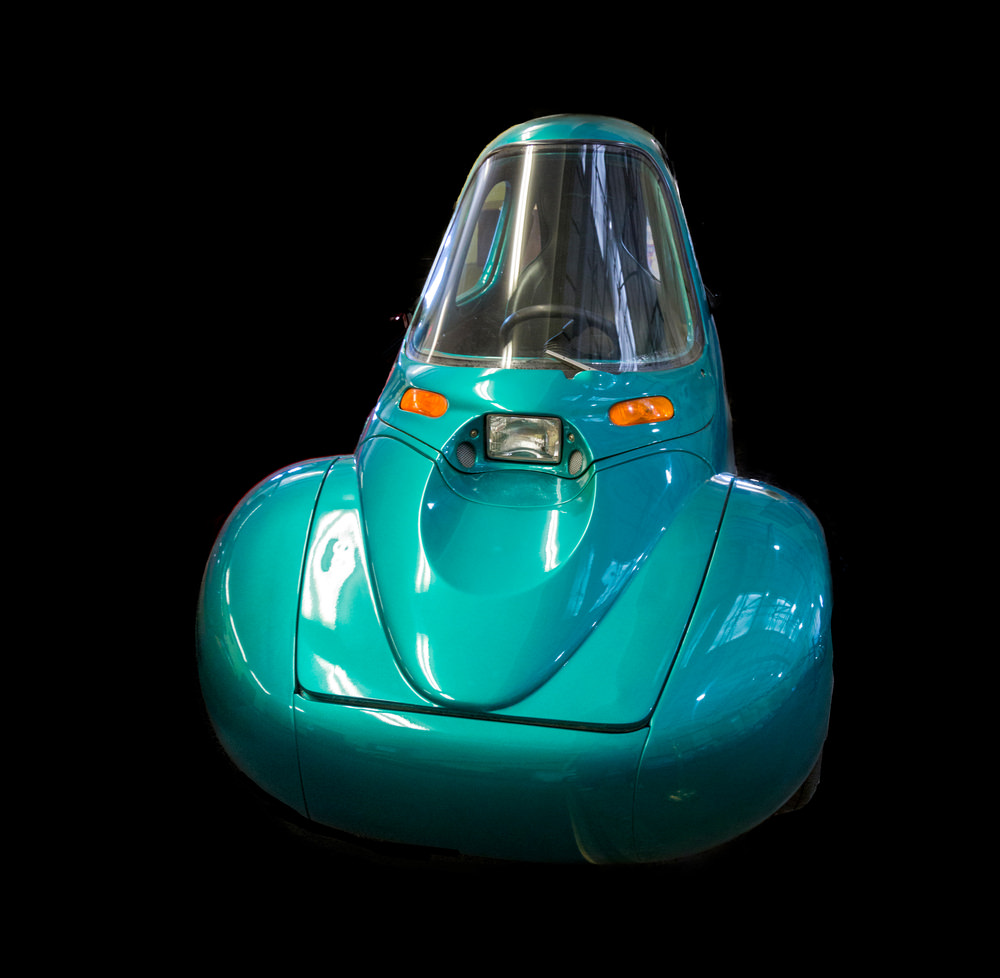 In 1996 the original corbin Sparrow concept vehicle made its debut at the San Francisco Auto Show. one person car, The Myers Motors NmG (formerly the Corbin Sparrow) is a single-passenger, three-wheeled, battery electric vehicle designed specifically for commuting and city driving.

The Sparrow is a three-wheeled atrocity that is an assault on the sensibilities of any normal person. Cantankerously diminutive, the Sparrow weaponizes its small size and ugliness to bully people out of the way. Folks are only too happy to oblige the tiny repugnance because not looking at the Sparrow is more pleasing and soothing than looking at it.

That the Sparrow is very aware of what it’s doing is given witness by its rear end, which is clearly a cocker spaniel sticking its tongue out at those unfortunate enough to be following behind. I have no idea, therefore, why the car isn’t called the Corbin Spaniel. 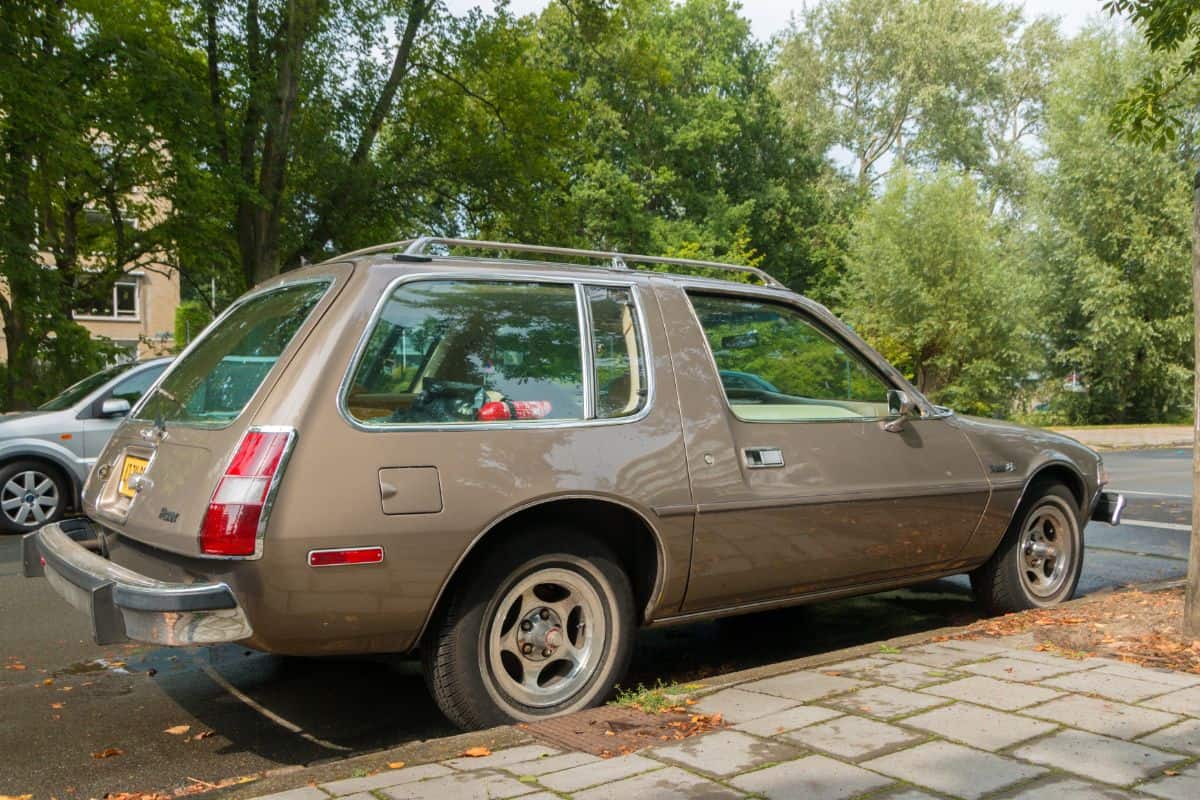 Straight out of a Dawn of the Dead type horror movie, this car is in every nightmare ever suffered during the late 70s. A two-tone eyesore that cunningly fools the eye into believing that good things are about to happen as the onlooker eagerly traces its outline along promising curves, only for things to end in a soul-destroying combination of drab dowdiness and sheer boredom.

The one special thing about the way this car looks is its peculiar air of menace; it is so easy to see that this was probably the favorite automobile of the serial killer. The phrase “surreptitious hearse” comes to mind upon viewing the vehicle, along with a powerful urge to call the police and proceed somewhere far away. 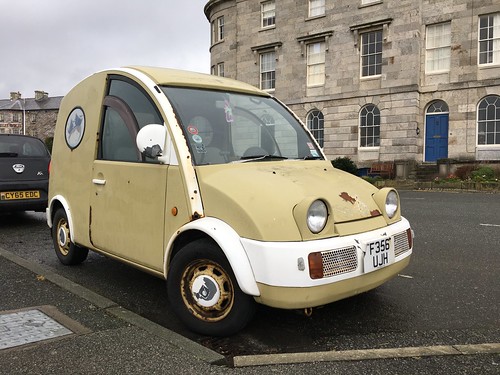 I’ve left the worst till last because I didn’t feel it would have been right to oppress you with this despotically dreadful-looking vehicle earlier in the article. I wanted to alleviate the horror of this list by being as playful as possible. However… unfortunately, there’s nothing funny about the S-Cargo.

Part van (the back part), part vehicle (the middle part), and part frog (the front part), my first honest-to-goodness reaction upon spying this abomination was to ejaculate, “Good Lord!” and believe me, I had good reason to be taken aback.

This almost-van stands out for its beady little headlights (which I find impossible to believe would ever furnish proper illumination in the dark), dinky little wheels that are not cute, and overall tight, miserly size that makes it look as if its engineers were suddenly informed of serious and permanent steel shortages.

Stand out god-awful feature: the S-Cargo’s standard color is an inconsistent off-pale green, as if something went wrong in the factory paint workshop, with odd highlights in fireman red and a metallic grey that stubbornly resists having any color-coordination with the rest of the vehicle.

Afterword: The 10 Ugliest Cars of All Time

This consideration of the ten ugliest cars of all time raises two important questions. First, how did someone–possibly even more than one–look upon what he/they had created and still submit to a demonic impulse to practice his iniquity upon unsuspecting fellow humans? Second, what sort of aesthetically challenged visual-hooligan buys these vehicles?