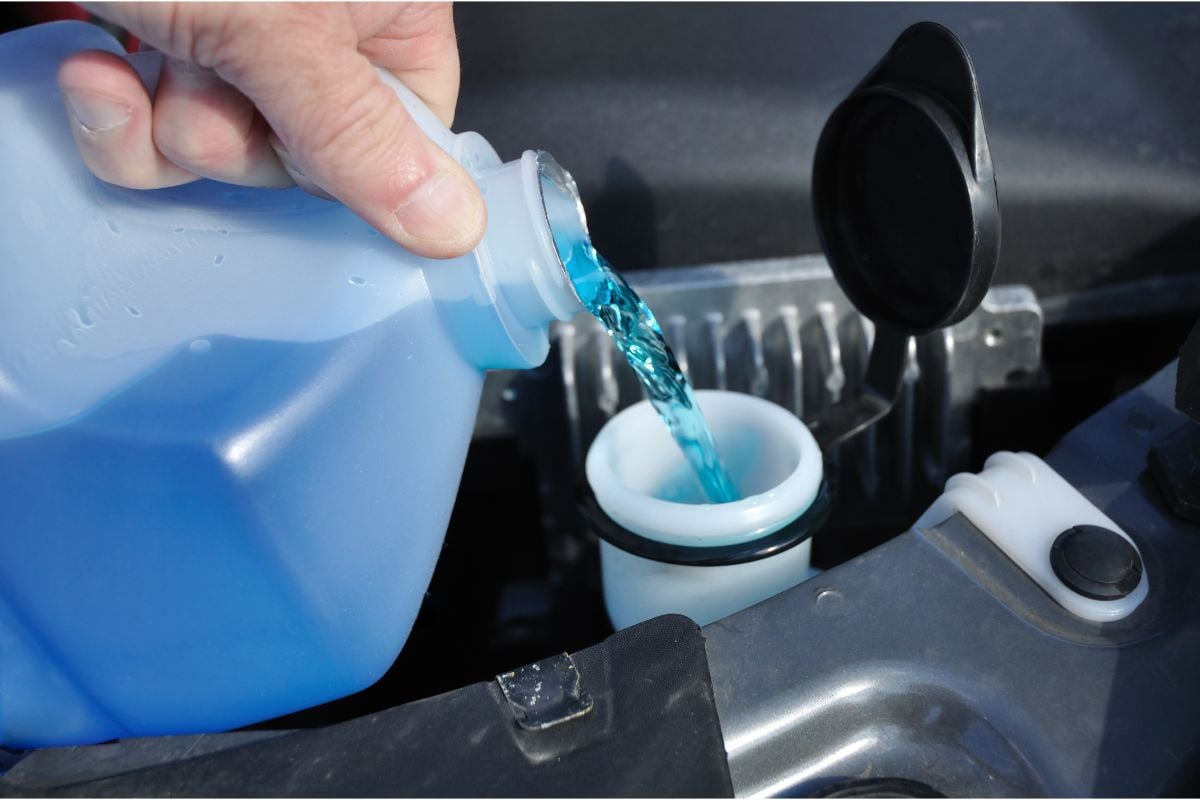 What is Windshield Wiper Fluid?

Some vehicles can also use a similar apparatus to clean the rear window or the headlights. The first windshield cleaner apparatus was offered for automobiles in 1936.  At first, it was only available as an aftermarket option that could be installed by owners (or their mechanics).

By 1946, however, General Motors was installing windshield washing machines on any vehicle they sold as an option, albeit with an extra cost attached.   Chrysler started offering the feature in 1950 and Ford offered it in 1952. Washer fluid, also known as screen wash in most of Europe, can be preheated before being delivered onto the windshield.

This is especially desirable in colder climates when a thin layer of ice or frost accumulates on the windshield’s surface, as it eliminates the need to manually scrape the windshield or pour warm water on the glass.

Although there are a few aftermarket preheat devices available, many automobile makers offer this feature factory installed on at least some of their vehicles. For example, General Motors had begun equipping vehicles with heated washer fluid systems from the factory beginning in 2006 with the Buick Lucerne sedan.

The system emits a fine mist of heated water that clears frost without damaging the windshield itself. GM also claims heated washer fluid helps in removing bug splatters and other road accumulation. The company halted the production of these mechanisms after they found that it was prone to start engine fires.

Mercedes Benz has used a thermostatically controlled heating element, with the engine coolant as the heat source, since the mid-1980s on certain models. Many other manufacturers have employed electrically heated washer nozzles primarily to prevent them from freezing closed, not in an attempt to heat the fluid itself.

How Does Windshield Wiper Fluid Work? 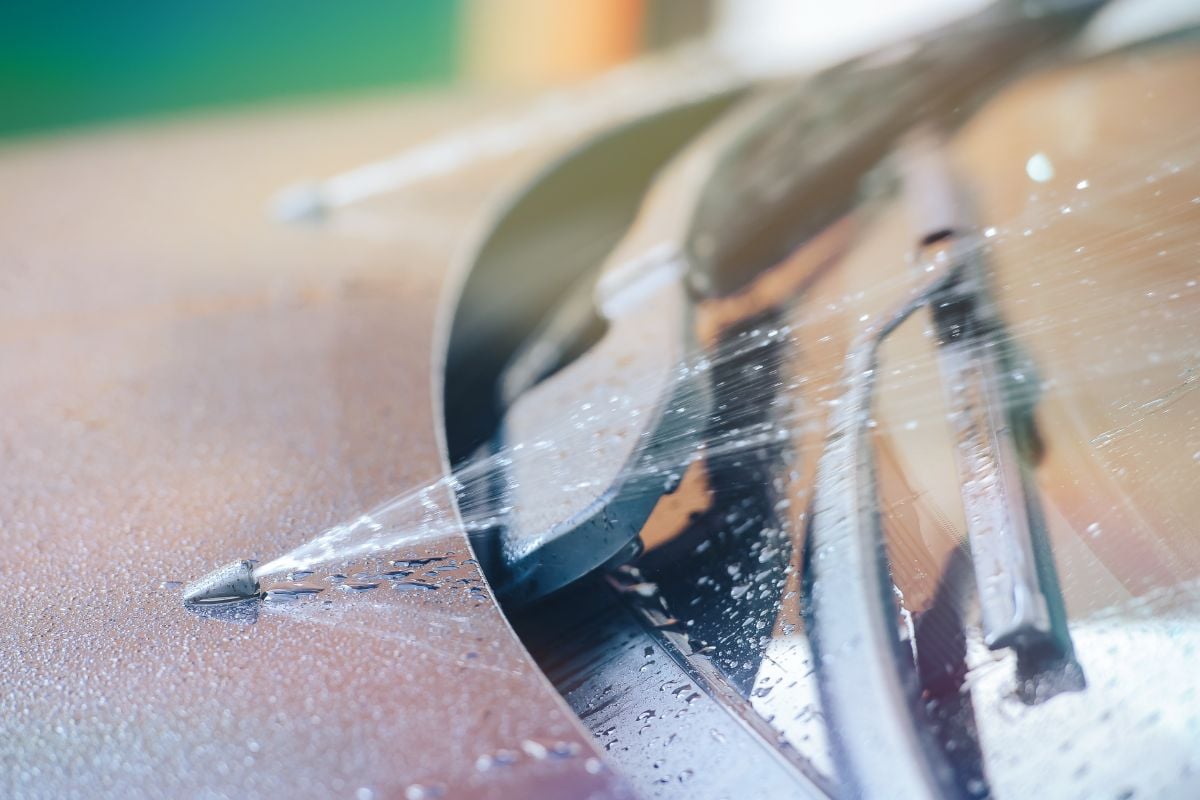 One of the most common misperceptions about windshield wiper fluid is that it is essentially nothing more than glass cleaner. In fact, there are several different types of windshield wiper fluid, and each formulation has been made to solve a specific problem with the vehicle or its operation.

For most types of windshield wiper fluid, the main ingredient is methanol. This is a type of alcohol that is very good at cutting through the type of debris and dirt that tends to stick to and around asphalt. Methanol is also good at dissolving tar, organic materials and other sticky substances that come along with driving both on and off road.

Methanol is not only capable of dissolving a number of substances without causing any damage to the glass of a windshield, it also has a fairly low freezing point.  In environments with incredibly low temperatures, however, it is often necessary to add other fluids that will bring down this freezing point even further.

De-icing fluid is commonly mixed in with windshield wiper fluid in areas where the temperature routinely drops below 0 degrees Fahrenheit. De-icing fluid or anti-freeze is not nearly as good at dissolving the large variety of substances that methanol can, however. In fact, de-icer usually forms a coat of oil over road grime, making it harder to remove.

In warm climates, this will significantly cut down on the effectiveness of the cleaning solution. Essentially, as temperatures rise, the oil and other organic compounds in most of the grime that gets stuck to windshields will heat up, causing it to become stickier.  Water in these substances dries up, leaving behind a greasy mess.

This is actually what occurs when grime or dead bugs get “baked on” to a windshield in the summer heat. The water evaporates, and the substance left behind is a combination of oil and dry organic material. This makes it impossible for anything other than a substance that dissolves oil (such as methanol or another type of alcohol) to clean the windshield.

Formulas of windshield cleaners that claim to work “extra hard” or “remove bugs” simply have more ethanol in them than other brands.  In cold temperatures, however, these formulas will tend to freeze up, making them useless.

What Type of Windshield Wiper Fluid Should I Use? 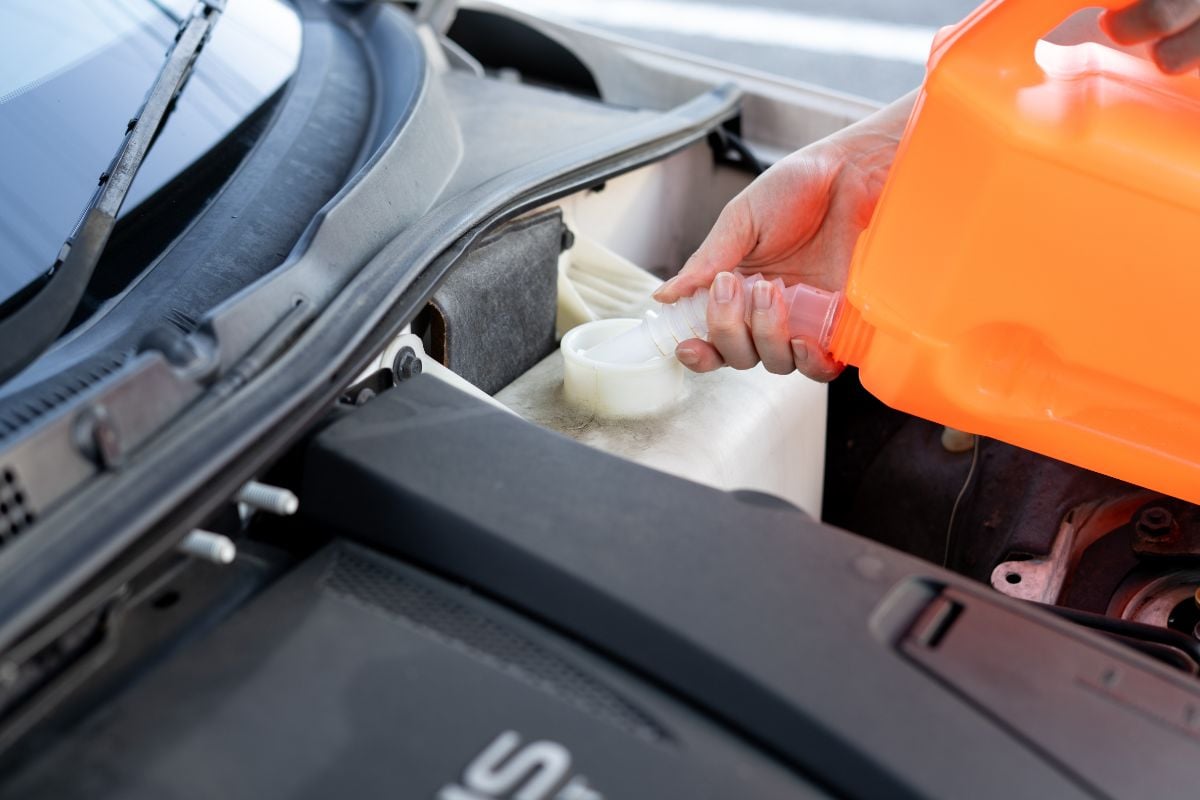 For this reason, cold weather windshield wiper fluid is highly recommended for vehicles only if they are in extremely cold temperatures.  This type of wiper fluid will be more expensive, but it will not freeze in the vehicle.  The de-icing fluid is mixed with a type of alcohol, and the resulting substance will continue to remove oils and dirt.

Because organic compounds tend not to “bake on” in these temperatures, it is unlikely that anyone would need an “extra strength” formula. In the summertime, however, it is highly recommended that vehicle owners replace all of their windshield wiper fluid or at least top off whatever is leftover with a non-deicing blend of wiper fluid.

How Can I Make Windshield Wiper Fluid?

Windshield wiper fluid is relatively cheap, so there is very little reason to make it yourself.  There are car enthusiasts who like to know how to make everything in their vehicle, however, and there are others who just want to have the knowledge in case they ever needed to make their own someday.

Be aware that windshield wiper fluid can take a lot of different forms.  While the commercial versions use methanol or other types of alcohol as their primary ingredient, it is difficult to make this chemical in a home kitchen or garage.

That means that most homemade wiper fluid will contain different ingredients than commercial brands.  Even filling the reservoir with simple water can be done in a pinch, but it won’t work very well.  Water simply cannot cut through the oils that accumulate on a windshield.

In order for windshield wiper to work, it has to be able to dissolve oil and grease. Remember that unlike most of the household cleaning you do, windshield wiper fluid cannot be scrubbed.  That means that the chemicals alone must do all of the cleaning and grease removal.  For that reason, try some of these recipes instead:

What Are Some Homemade Windshield Wiper Fluid Recipes? 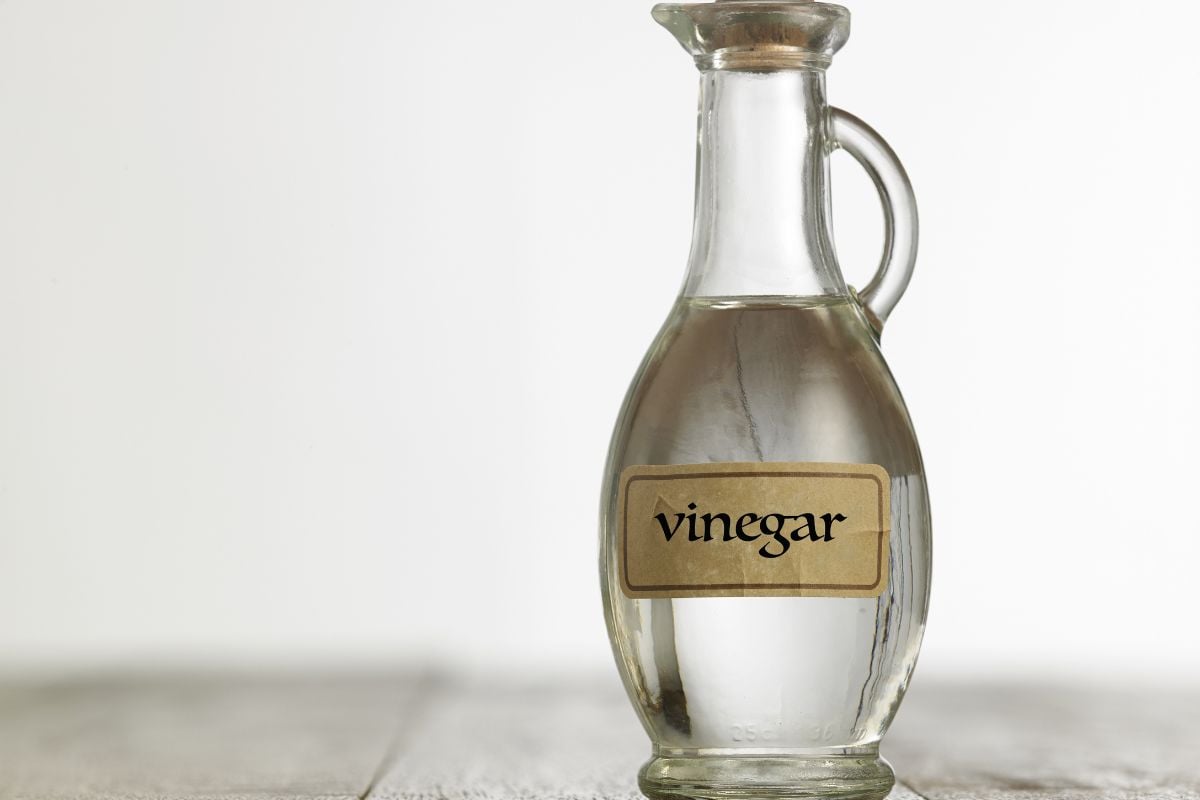 Diluted Glass Cleaner – Glass cleaner tends to use ammonia (which is highly corrosive), so you’ll want to water down your solution significantly if you choose to do this.  Be aware, of course, that this means that the cleaner will not be as effective.

Vinegar – Vinegar can cut through a lot of organic compounds, but it has a high freeze point and low boiling point.  It can work, but it is a poor choice in extreme climates.  It is also very corrosive, so be sure to water it down.

Ammonia and dish soap – This mixture will be less corrosive than glass cleaner.  It will also combine the grease removal properties of the ammonia with the oil dissolution properties of dish soap.  Start with a mixture of one gallon of ammonia to one cup of dish soap, and make adjustments from there.

Be aware that many brands of commercial windshield wiper fluid have ingredients that are extremely toxic to children and pets.  This is especially true for brands that contain deicing fluid.  Be sure to keep this liquid out of the reach of kids and pets.