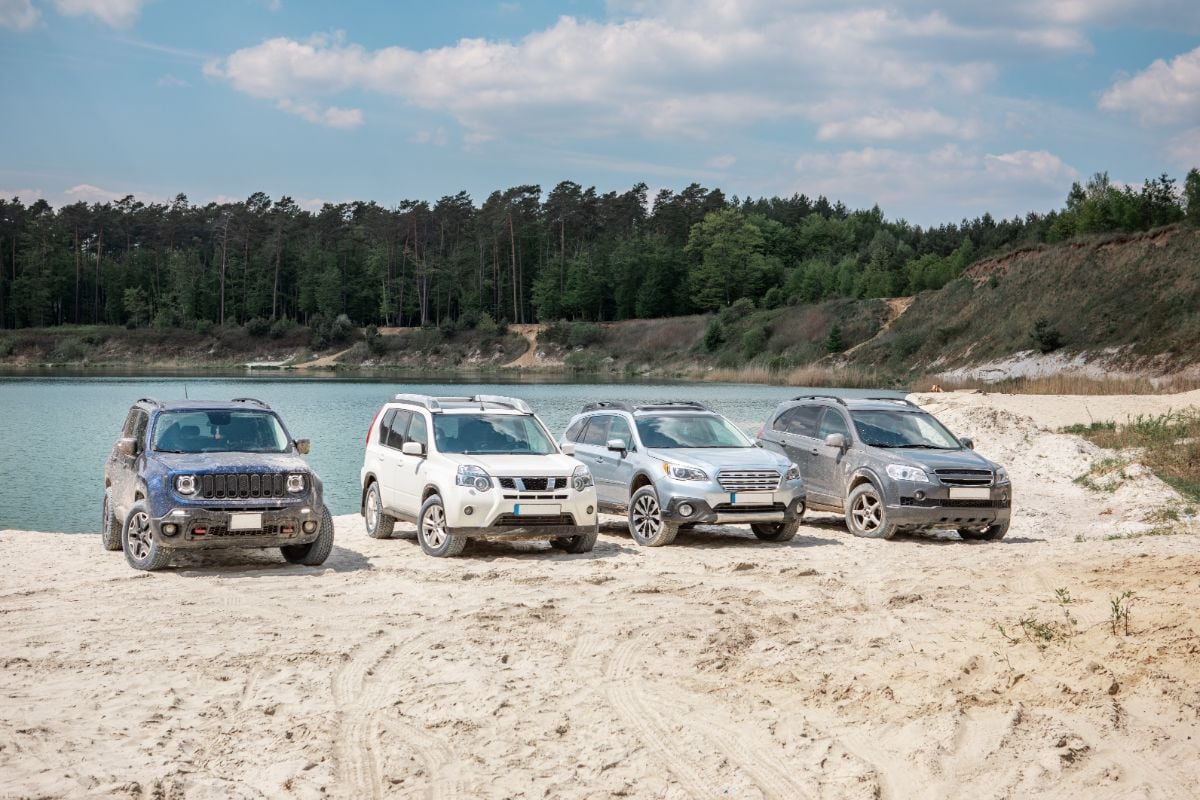 There are over two dozen SUVs that offer third row of seating, providing enough room to seat seven or eight people. This SUV body style is extremely popular among people who need to transport a lot of people and gear.

Third-row SUVs are among some of the largest vehicles on the market, but also some of the most popular.  While these vehicles don’t have great gas mileage, they will get a lot of people and their stuff just about anywhere they need to go.  These are some of our favorite SUVs with third row seats, but it’s not an exhaustive list. 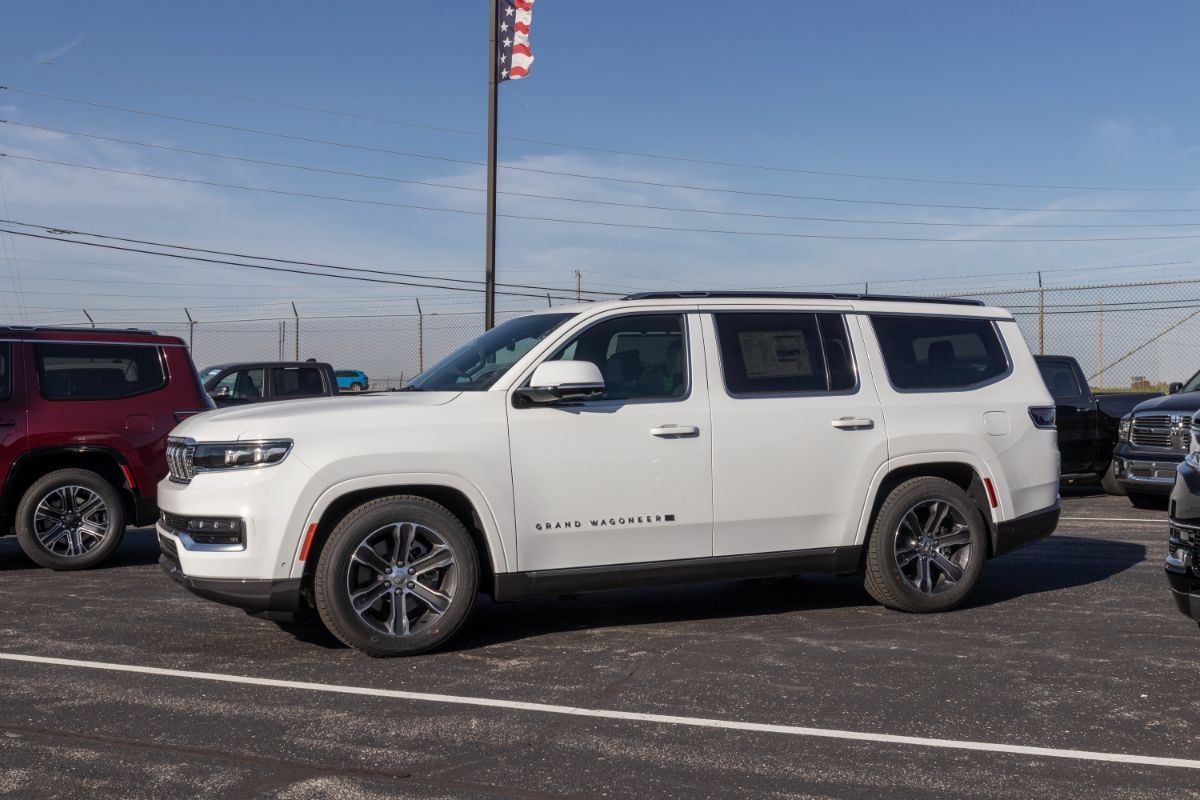 The Jeep Wagoneer is an ideal SUV for anyone who wants an SUV that actually does what they are advertised to do. This is an SUV that can actually be taken off-road; it’s an ideal vehicle for family camping trips and other outdoor adventures.  The Jeep Wagoneer is an ideal vehicle for a family who loves adventure, but in the last few years Jeep has really done a lot to make the interior of the vehicle more luxurious.

This SUV is one of the largest vehicles on the market.  That makes it one of the roomiest SUVs, but it is also one of the more difficult SUVs to navigate in and around tight spaces.  People who are thinking of purchasing a Jeep Wagoneer will also want to make sure that their garage is large enough to store the vehicle.

The large size also contributes to the SUV having one of the lowest gas mileage rates in the industry.  It’s also important to note that the Jeep brand tends to have a love-it-or-hate-it relationship with its customers.  While the brand has a very loyal following, it is also known as a brand that has a number of maintenance issues.

For these reasons, many people choose to use the vehicle as a recreational vehicle, rather than a daily driver, 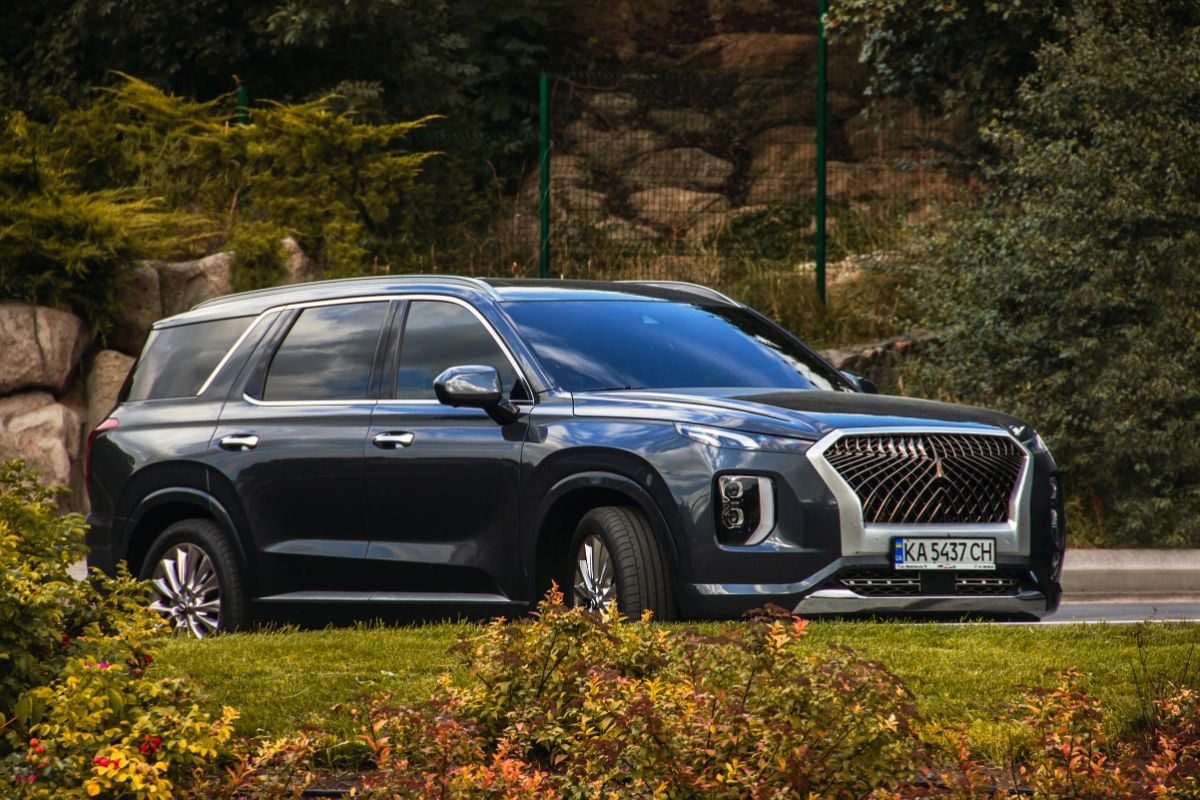 The Kia Telluride is Kia’s answer to the third-row SUVs that have been offered by other car companies.  Kia started as a car company with a poor reputation for quality, but in the past few years they have done a lot to combat this image. The Kia Telluride has one of the longest and most extensive warranties in the industry.

It also has one of the smallest price tags among other SUVs with third row seating.  For these reasons, the Kia Telluride is swiftly becoming a popular choice among larger families.

The Telluride handles well enough on the road, but it doesn’t tend to do well in off-road situations.  If you’re looking for a vehicle that can move a lot of people around the city without a big price tag, however, it can be a good choice. 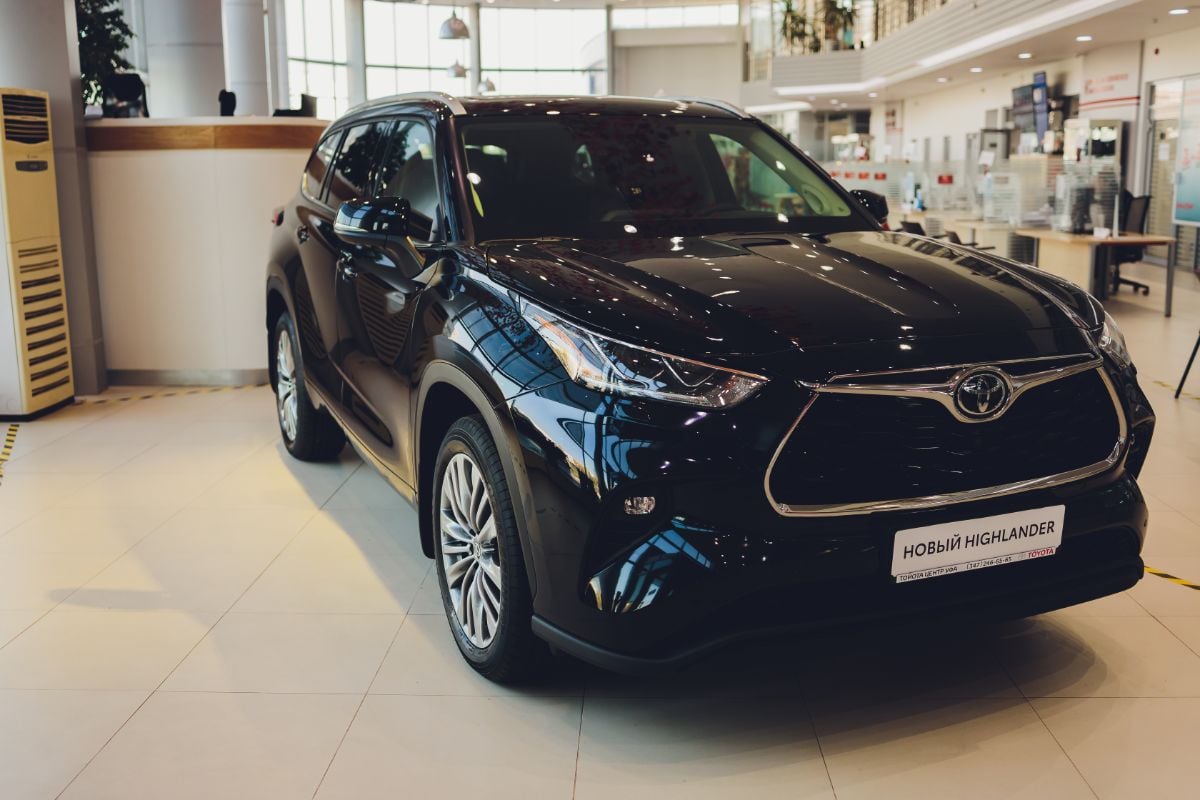 The Toyota Highlander has been ranked one of the safest vehicles for years.  It also has earned some of the highest ratings in owner satisfaction, with many owners stating that they rarely need to make repairs.  Toyota as a brand tends to have high ratings for maintenance, satisfaction, and safety.

Because of this, Highlander has a reputation for being a high quality vehicle, and it has a price tag to match.  With the recent chip shortage, the Toyota Highlander has moved to the top of the priority line for Toyota.  The high-end Touring version of this vehicle can have a price tag of over $80,000, with a profit margin for Toyota to match. 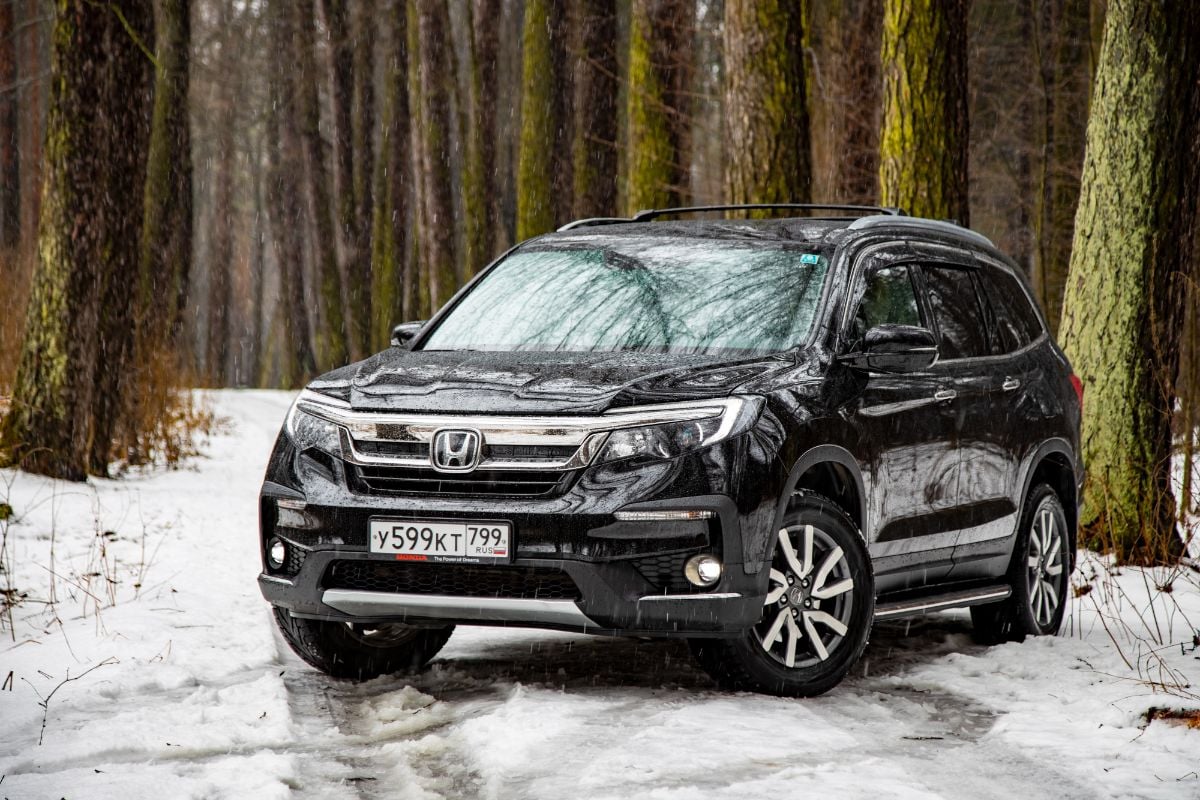 The Honda Pilot also has a great reputation for being an extremely safe and low-maintenance vehicle.  Like the Highlander, the Pilot is marketed as an ideal vehicle for large families.  The Pilot is actually considered to be a mid-size SUV, despite the fact that it has a third-row seat.

The smaller size seems to come primarily from reducing the storage space in the back of the vehicle, making this vehicle less than ideal for large groups of people with a lot of stuff to move.  It is possible to fold down or remove seats in the vehicle to increase storage space, but many people who own this car often have to chose between transporting people or things.

The smaller size does make this vehicle easier to navigate in small spaces, and it does have one of the better gas mileage ratings in the category of third row SUVs.  Honda has included a lot of interior cabin features and technology in their higher-end models. 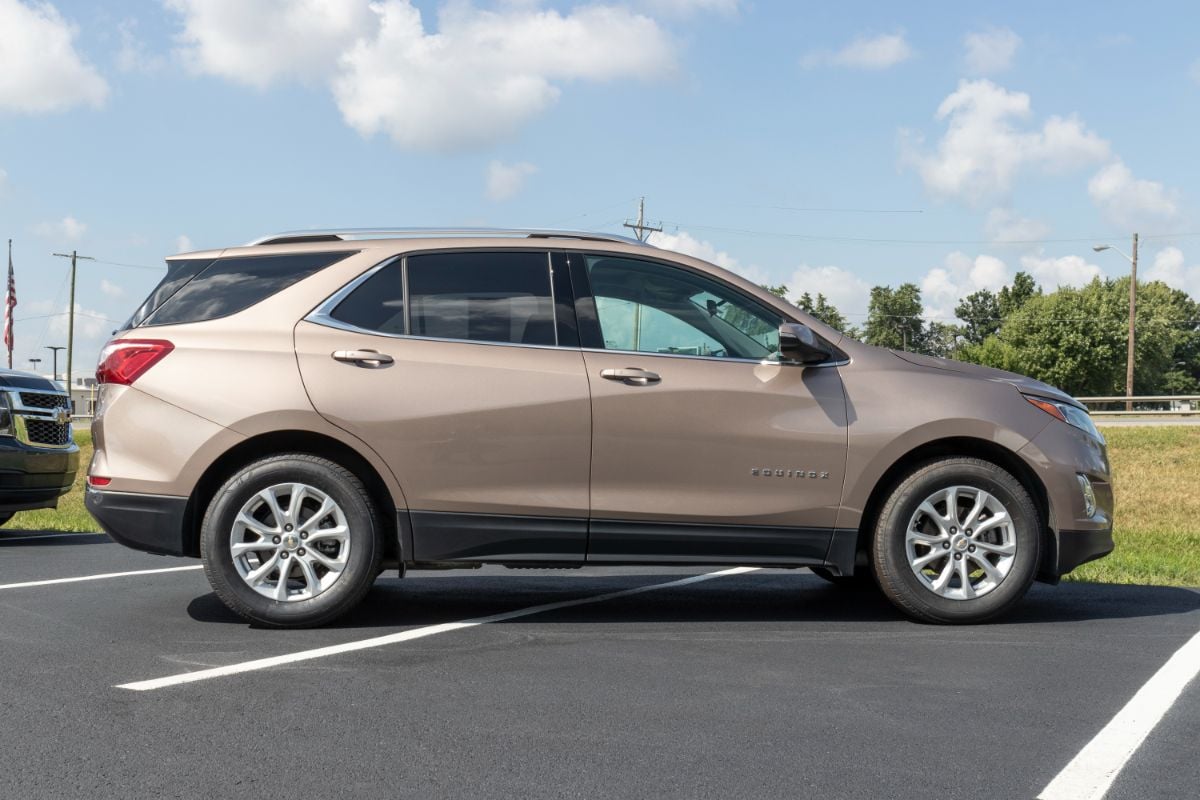 The Chevy Traverse is also considered to be a mid-size SUV with seating for eight.  Like the Honda Pilot, however, it has sacrificed storage room and some leg room in the cabin for the smaller size.

The Chevy Traverse is one of the shorter SUVs on the market with a third row seat, but most reviewers have stated that getting eight adults into the car will seem rather cramped.  Smaller families will probably find the vehicle to be ideal, but larger families may want to explore full-size SUVs.

Again, the smaller size helps the Chevy Traverse to be more efficient when it comes to gas mileage.  The interior of the vehicle has also been improved a lot in the past few years.  Today, the vehicle features premium materials, USB ports in every row, and a ton of other small luxury features.

There are several other third row SUVS that are worth looking at, but we just don’t have the time to review all of them here.