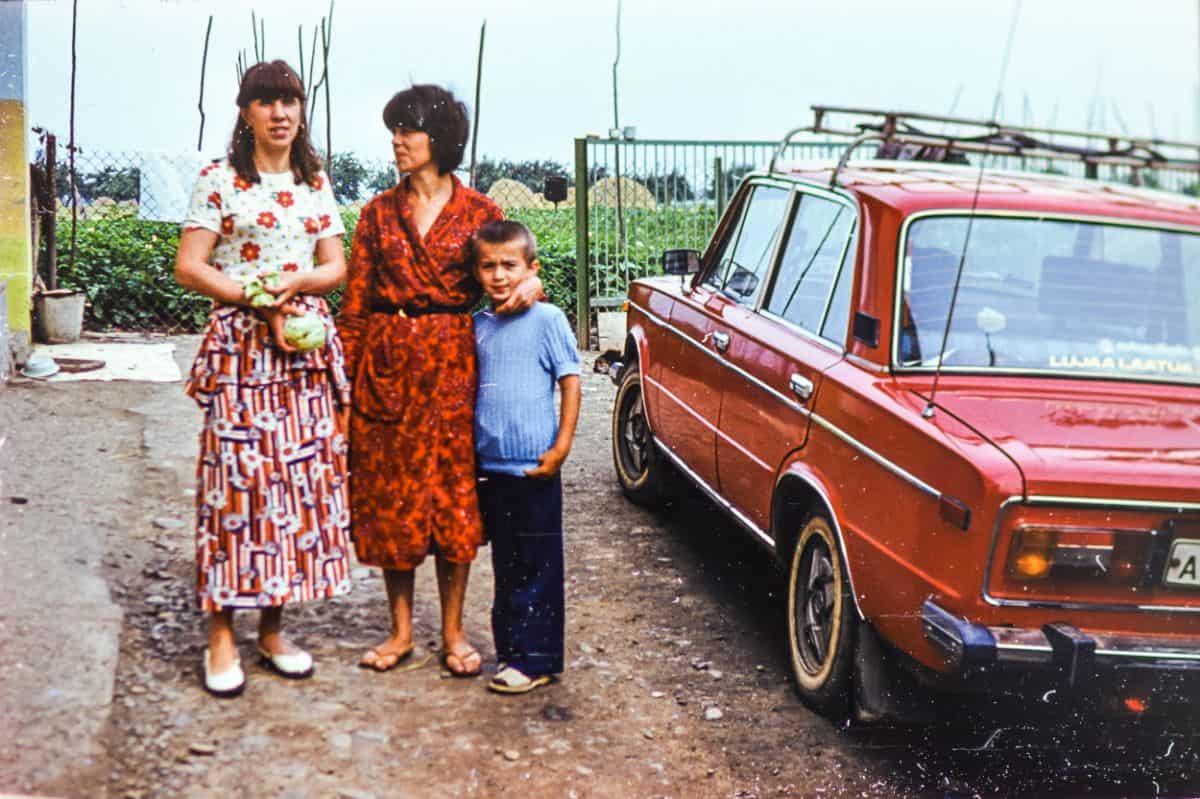 The 1980s were notable for girl bands with big hair, metal bands with lots of hair, and the first CDs. The ‘80s were not notable for cars. When was the last time you saw a real loser beside you in traffic and laughed hysterically? The biggest and ugliest lemon of all? The Yugo.

Americans are a type of people to whom looks are life. You see it in Hollywood starlets, ads for everything from clothing to pharmaceuticals to meal kits, country music singers who look like models such as Shania Twain, and the models draped across every product that can hold their weight (all 12 pounds of it.) It’s no wonder we want to drive, if not flashy cars, at least attractive ones.

I, personally, drove a Ford Pinto in the early 1980s. It was on everyone’s “worst” lists along with the laughable Yugo, but I loved mine and never had a problem with it. It was bright yellow with black stripes and I called it Honeybee. Maybe I was just lucky no one ever hit me and caused the gas tank to go boom, which was why the Pinto was recalled in the tens of thousands. It might have simply been a gift from the god of cars, or mine was all that. This list comprises the ten worst cars introduced in the 1980s. 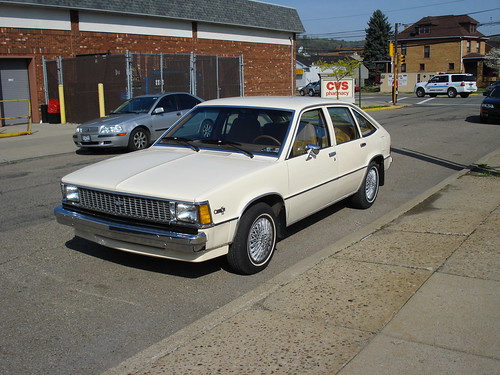 The X cars were supposed to be General Motors’ answer to the public’s demand for compact cars. Shaped somewhat like a squared-off Ford Pinto, the Chevy Citation, the Olds Omega, and the Buick Skylark were meant to be front-wheel drive, economical small cars. The result was 1980s awful.

The transmission didn’t work. The car shook uncontrollably. The engine vibrated. The welding was bad. But the frosting on the X car cake was the brakes. They locked up in the middle of driving, causing untold fatal accidents. The government sued GM, and the X car went down in a blaze of infamy. 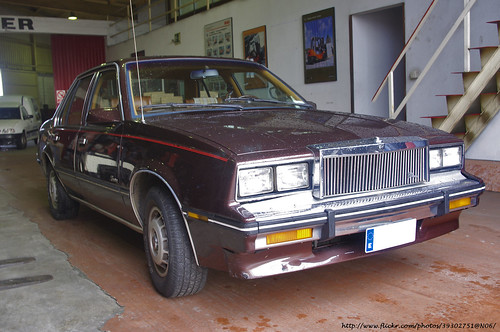 The 1980s were about combining body styles and power packages to result in a bigger, better car. The snag to that, though, was that we were coming off the Middle East oil crisis and the resulting gas shortage of the mid to late 1970s. Cars the size of Sherman tanks didn’t do it for us anymore. We wanted smaller cars.

The ‘80s was the decade of the letter cars: the J car, and the Chrysler K cars. The Cadillac Cimarron was a combination of a J car and somebody’s take on a BMW. It was GM’s response to the small car craze, but it bombed pretty badly. Apparently, in a rush to get it out of production and onto the streets, automotive engineers were pressured to give the car the Chevy Cavalier’s four-cylinder engine. It was slow and sold for more than a composite car should have (I mean, really, a four-banger in a Cadillac?) 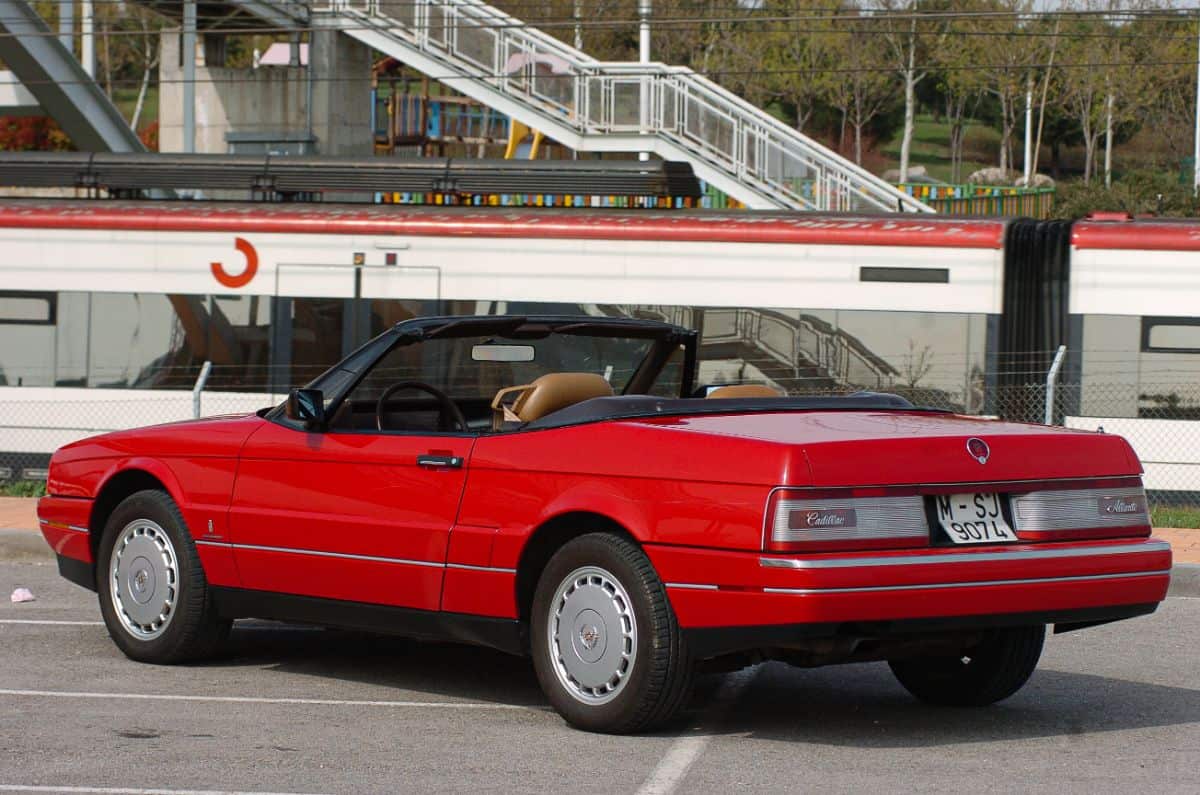 General Motors just wasn’t having a good decade. Their combination game struck (out) again with the Allante. The idea was to build a car that would rival the Mercedes SL. GM sent Eldorado bodies to Italy for processing. Italy sent the processed bodies back, whereupon GM finished the car. That was the trouble: they were finished.

By that, I mean that the convertible top leaked very badly. The Bosch anti-lock brakes didn’t. Today’s mechanics don’t know how to repair an Allante, and parts are hard to find. This makes the car expensive to repair. The Northstar engine was supposed to be the pinnacle of car engines, but it missed the boat somewhere. 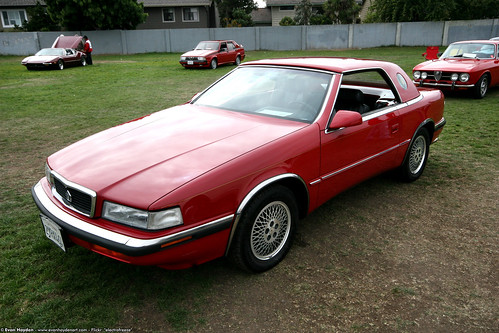 The decade had been mainly about designing smaller cars that looked good, was reasonably priced, and drove well. Ah, well, as the singer told us, two outta three ain’t bad.

The idea was to take Iacocca’s buddy Alejandro DeTomaso’s Maserati car and morph it into an American sports car with the Chrysler personality. Unfortunately, the Chrysler designers couldn’t make it happen: the TC and the LeBaron weren’t 100 percent alike, but buyers thought they were. Nor would they pay the TC price when the LeBaron was half that price.

Another unfortunate aspect of the TC was that the motor was based on the K car’s two-liter turbocharged four-cylinder engine. Other problems sprang from using Dodge Daytona parts in the TC. Mercifully, it was put out of its misery in 1991. 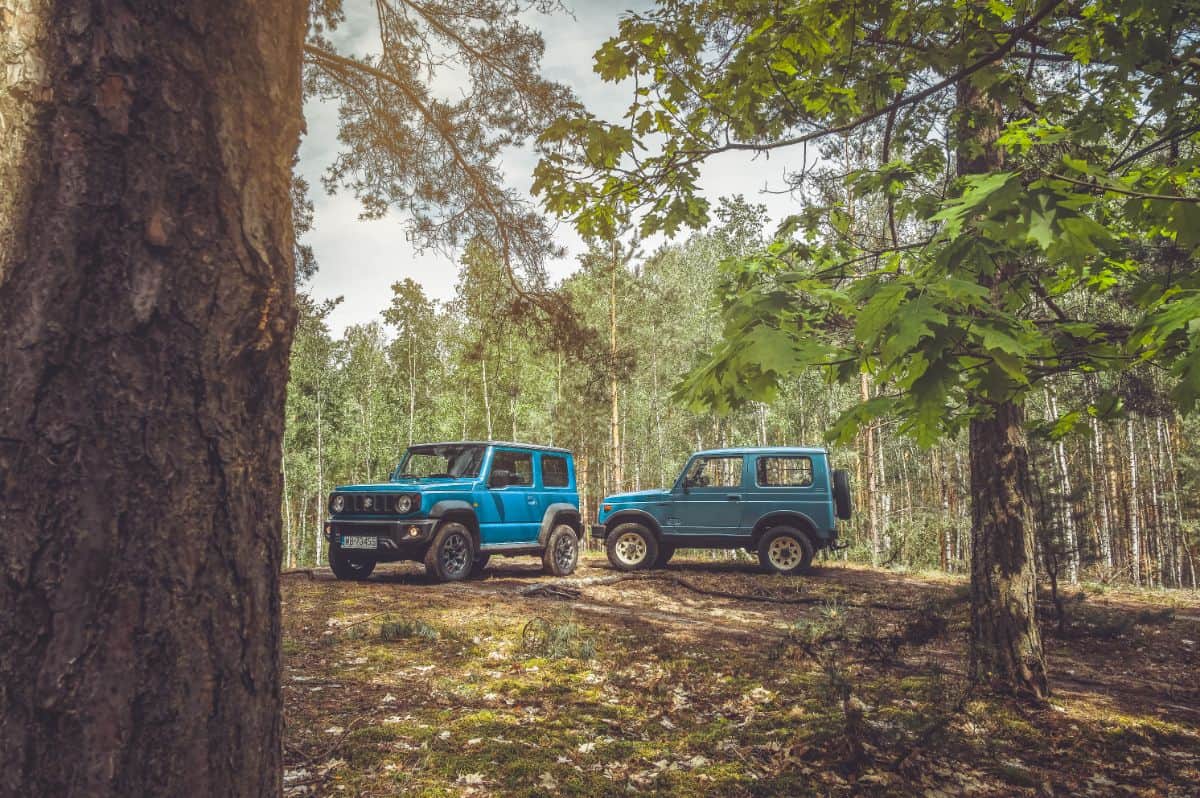 A pickup truck is supposed to be big, tough, and able to tow an airplane into its hangar. It’s not supposed to be half the length of a traditional truck, nor does it look good jacked up on monster tires. The word samurai connotes strength and endurance, but this little guy just didn’t deliver. Nor was it aesthetically pleasing, so buyers just walked on by. 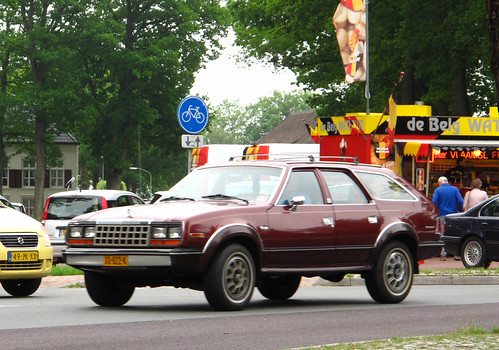 Everyone I knew laughed at me for buying an AMC Pacer three-speed on the column, but I got better gas mileage than their huge clunkers. The fact that it was always in the shop for everything from the coil to the clutch was one of the many reasons AMC didn’t make it as a car manufacturer. On the other hand, they got some things right, and the Eagle was one of them.

As the forefather of today’s SUVs and crossovers, the Eagle looked like the station wagon popular in those days. It was simply ahead of its time as the crossover that didn’t become popular until twenty years later. That was the Eagle’s first step towards its downfall. The second was fuel economy: the vans of that day offered better fuel economy, and so the Eagle was doomed. 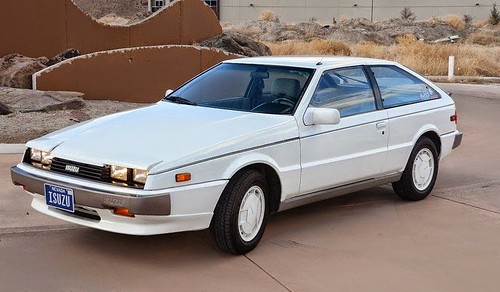 Based on the T-body chassis of the Chevy Chevette, the Impulse was better equipped than the Chevette and was reasonably priced for that day. The car’s style got it recommended by Road & Track, whose June 1983 cover was graced by the car.

The snag was that the car collapsed when it was T-boned, along with breaking down every which way but loose when it reached 100,000 miles. The engine leaked fluids onto the bushings, but the real killer was that parts were nigh impossible to find for earlier Isuzu products. 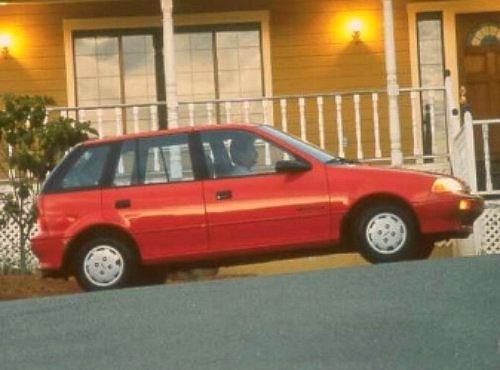 In the ‘80s, the Big Three swapped cars changed something small and renamed them as coming from someone else. That’s how the Geo Storm morphed into the Isuzu Impulse, and the Geo Tracker morphed into the Suzuki Sidekick. When it was marketed as Geo, the little car did pretty well with gas mileage, could comfortably transport four, and the hatchback had plenty of room for stuff.

If you’re looking around for a fuel-efficient older car in these times of high gas prices, you won’t want a Geo Metro. What killed the little car was its no-extras package. The car was stripped to the bone, and everything was manual. If you wanted A/C, you hand-cranked the window open. The car was so slow, you were lucky if you caught a breeze. 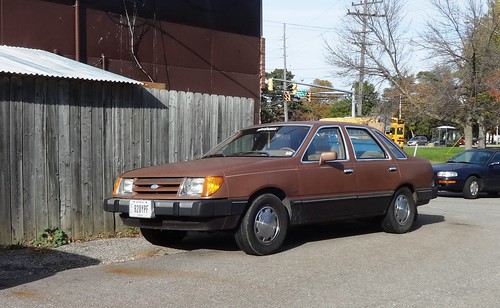 Meant to be competition for the Chevy Cavalier, the Ford Tempo had AWD, got good gas mileage, and was generally reliable. The disadvantages, though, included the whole engine and transmission needing to be rebuilt at around 20,000 to 40,000 miles. Not only that but there was a design glitch with the distributor cap. It caused the car to stall frequently. 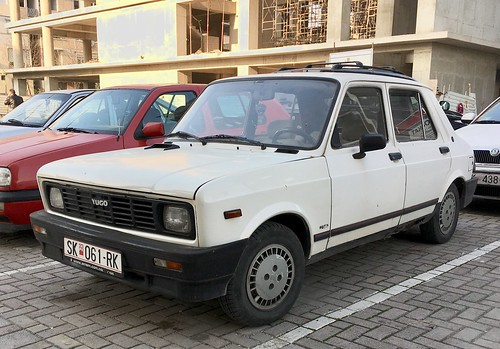 The car’s style wasn’t offensive, per se, and coming from someone whose first car was an AMC Pacer, that’s polite. It was meant to be an affordable, fuel-efficient small car. Imports weren’t doing so well in America, so this little car should have gone over well. It didn’t. It became the butt of every joke, from small children to cartoons to SNL.

Let me count the ways: the factory in Yugoslavia where the cars were made featured dirty, grimy floors, dirty, grimy workers who smoked on the line and drank on their breaks and then got into the cars. It only reached 60 mph after 14 teeth-grinding seconds, got rotten gas mileage, and only topped out at 86 mph. The car broke down more than it ran.

Finally, the little car became the butt of jokes so badly that no one would buy the car. No one wants to be seen dead or alive in a car at whom everyone laughs, so that was the end of Yugo.