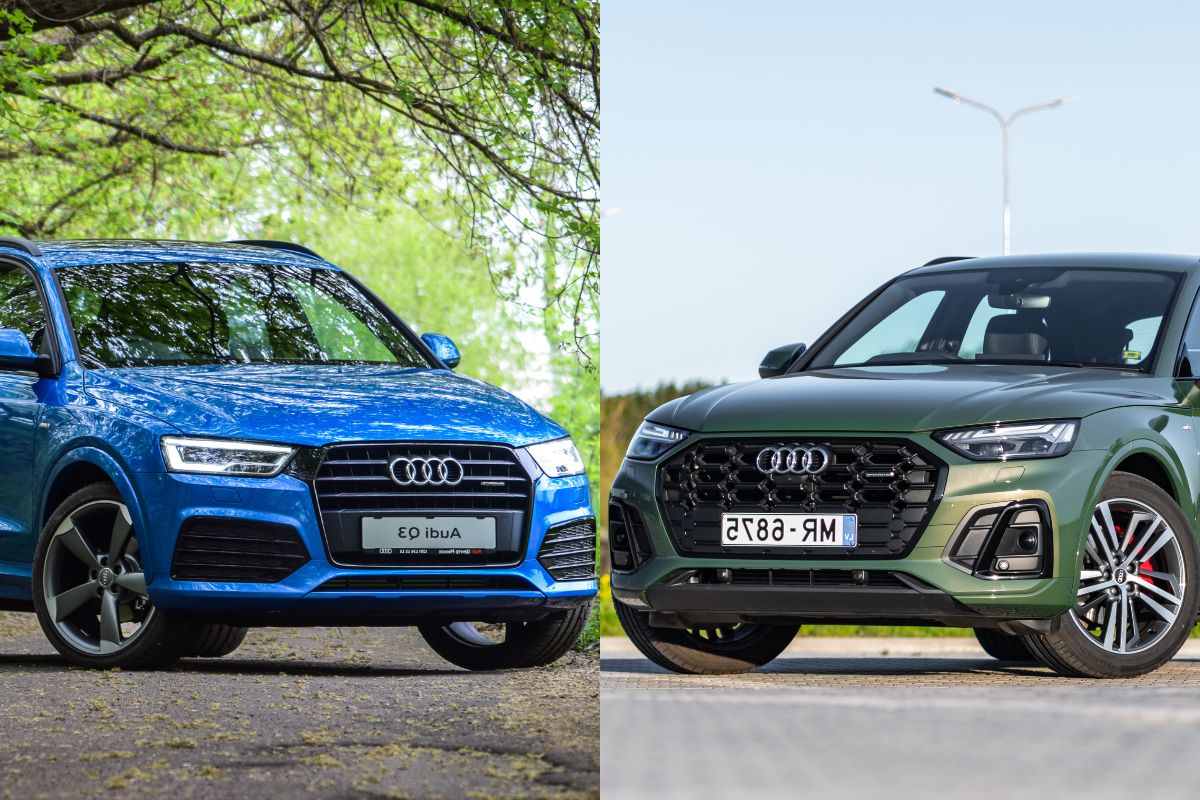 The luxury SUV class is a crowded one, with plenty of competition from other premium brands like BMW and Lexus. Audi has managed to hold its own with its luxury SUV line, the Audi Q3, Q5, and Q7. These high-quality luxury SUVs are competitive when it comes to value, and although Audi’s Q series doesn’t stand out in any particular area, they are the best overall luxury SUV when all factors are weighed equally.

If you are interested in Audi’s Q line, you might be wondering – which is the right one for me?

If you have a large family or a sports team to transport, you’ll go for the Q7, with massively expanded seating and cargo space.

However, if you are looking for a compact to mid-size luxury SUV, you choose between the Audi Q3 and Q5,

In this article, we’ll break down the differences so you can decide which is the best for you.

What is the Audi Q3? 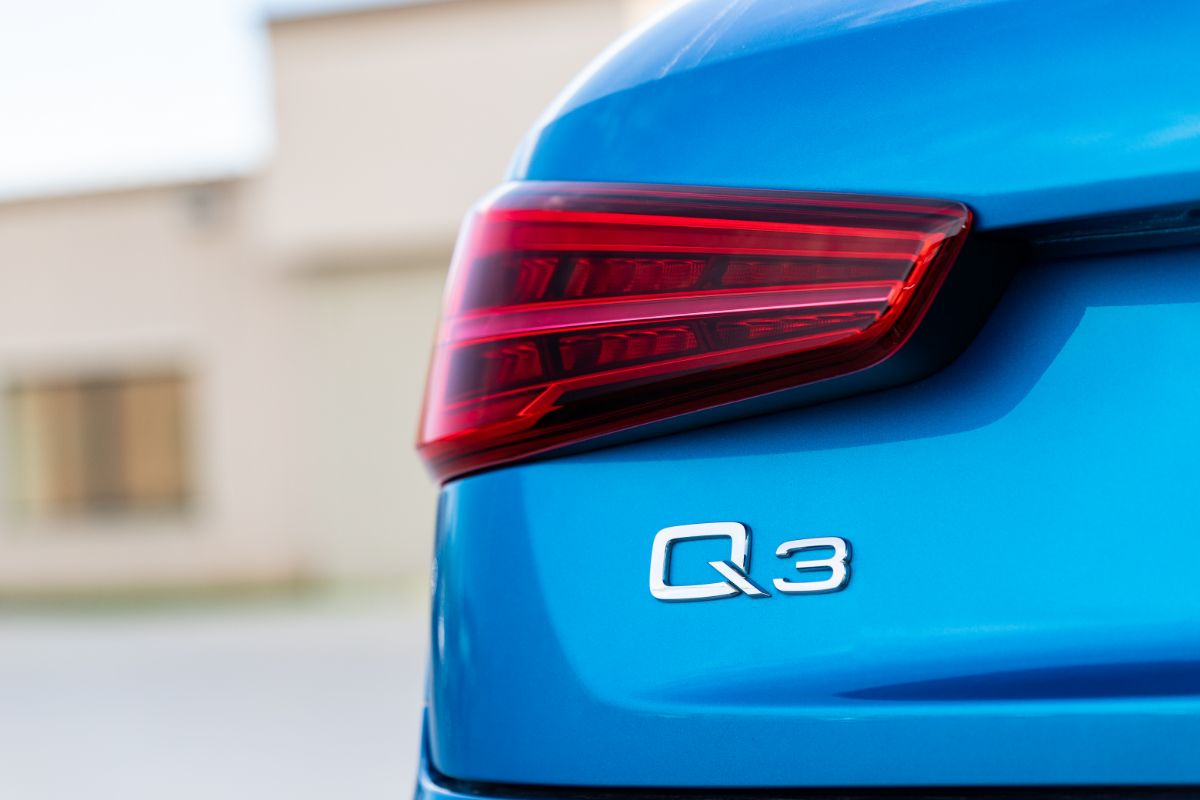 The smallest and cheapest in Audi’s Q series, the Q3 is unmistakably like its older siblings, the Q5 and Q7, only with less cargo space, and less horsepower. The DNA of this luxury vehicle, from its external aesthetic and interior design choices to its abundance of luxury features, is intact.

The Audi Q3 is a great all-around compact luxury SUV, with great performance and handling, decent cargo space, and the luxury features and aesthetic of the Q series.

What is the Audi Q5? 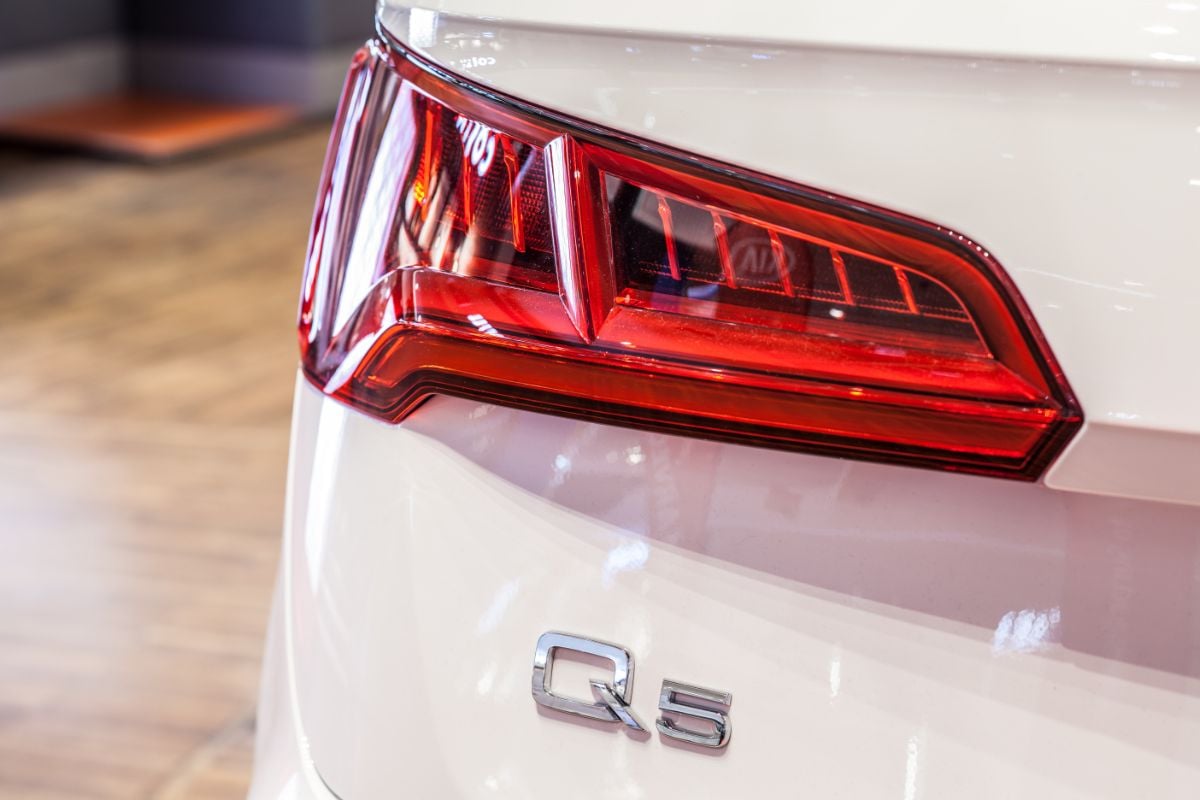 The Audi Q5 is the middle entry in the Q series and represents a compromise between the compact design of the Q3 with its fastback roof and zippy handling, and the heavy Q7, with three rows of seating and enough cargo space to transport a circus troupe. The Audi Q5 embodies the series by being a strong all-rounder in all categories, but the expansion in cargo space over the Q3 is significant and noticeable.

Although it is technically only slightly longer and larger than the Q3, it is designed to prioritize cargo space and gives it a much more expansive feel.

Features and Specifications: Comparing the Audi Q3 and Q5

The Q3 and Q5 share a lot in common, including Audi’s standard Quattro all-wheel drive system, but there are also some notable differences between these two models that set them apart. 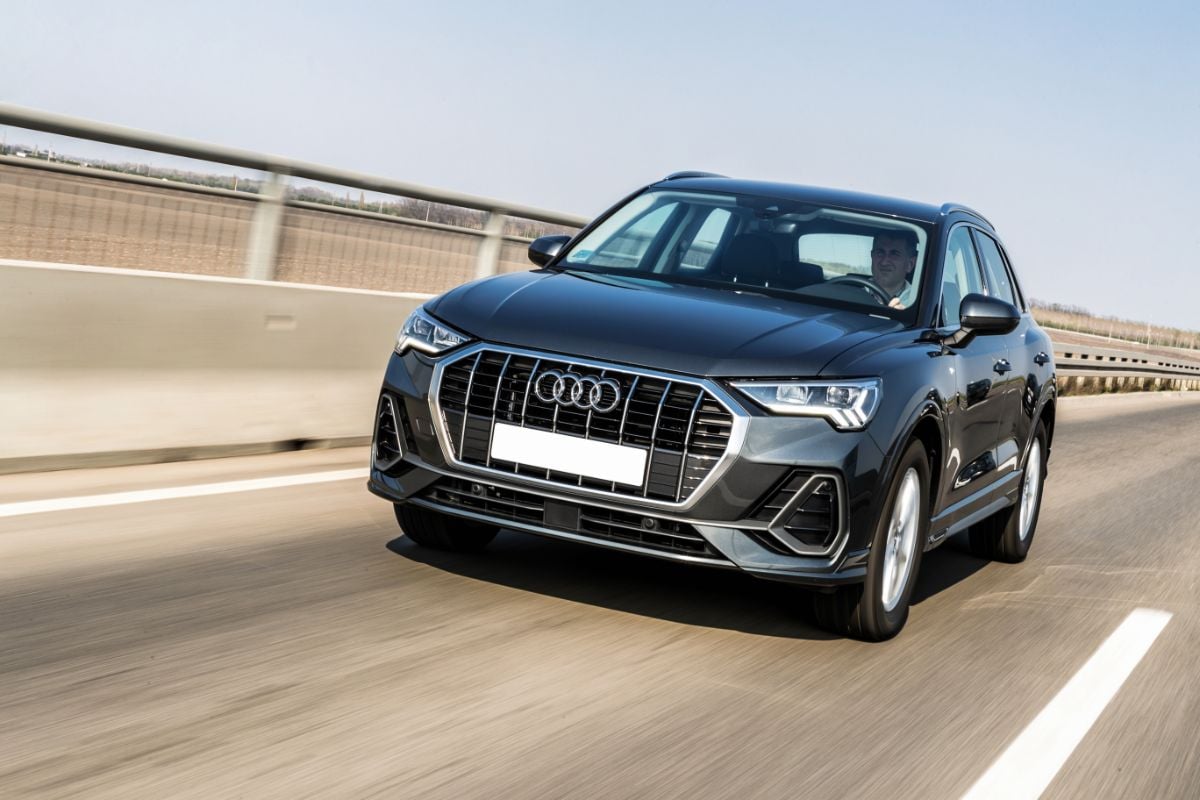 The Q3 has an inline 4 cylinder, 183 horsepower engine, with an 8-speed shiftable automatic transmission. 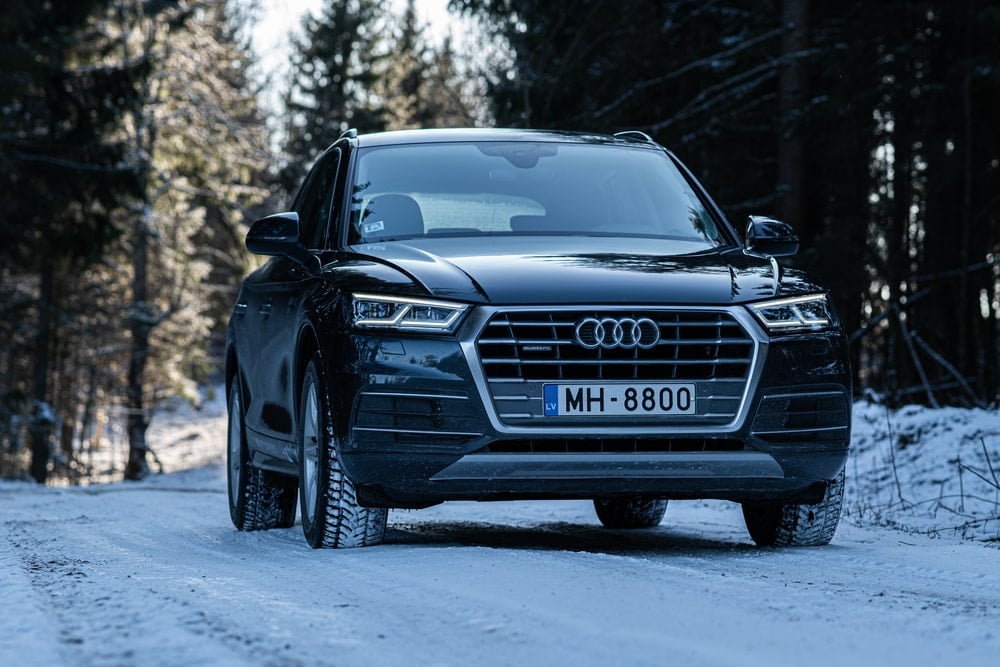 The Q5 has an inline 4 cylinder, 201 hp engine, with a 7-speed automated manual transmission.

Performance: Which handles better, the Audi Q3 or Q5?

The Audi Q3 has excellent handling and is energetic and responsive if a little bit muted in its desire to be comfortable. The ride is both smooth and precise. The Q3 isn’t the most fun SUV in its class to drive – the BMW X1 would beat it out in this case – but it can do more than just keep up.

The Q5 includes an upgraded engine and a different transmission, and this is where it misses the mark. While the Q3 can be a little bit sluggish getting up to speed from a stop, it is also consistent, which is more than can be said of the Q5, which has a transmission that is slow to react and indecisive. At higher speeds on the highway, the all-wheel drive system sends more power to the rear wheels, which increases the handling.

Although technically the Q5 has a performance upgrade, in normal driving conditions the Q3 is more fun to drive.

Benefits of Owning an Audi Q3 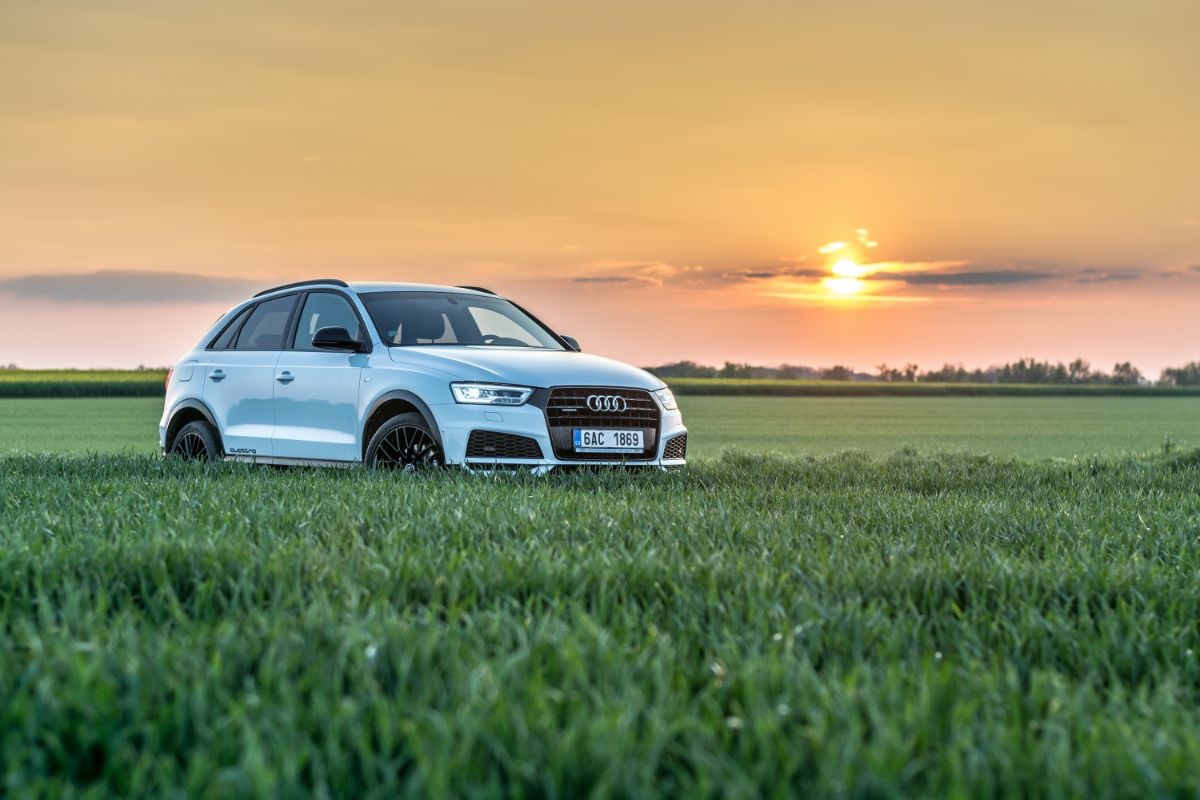 As the cheapest and smallest of the Q line, the Audi Q3 is the most accessible, and it has the benefit of most of the best parts of the rest of the line and the brand. The aesthetic and styling are consistent with Audi and distinct from every other brand on the market.

If you want an Audi SUV, the Q3 is most attainable, and it doesn’t skimp on what makes owning an Audi so excellent – outstanding craftsmanship and a smooth, luxury ride.

The Audi Q3 might be preferable to the Q5 for other reasons as well. The compact design includes a less powerful engine, but the handling characteristics are better than the Q5, thanks in part to a handicap on the Q5’s part when it comes to the transmission.

The benefit of a Q3 is that it is cheaper, and doesn’t include the extra cargo space and horsepower of the Q5, because these are unnecessary.

Benefits of Owning an Audi Q5 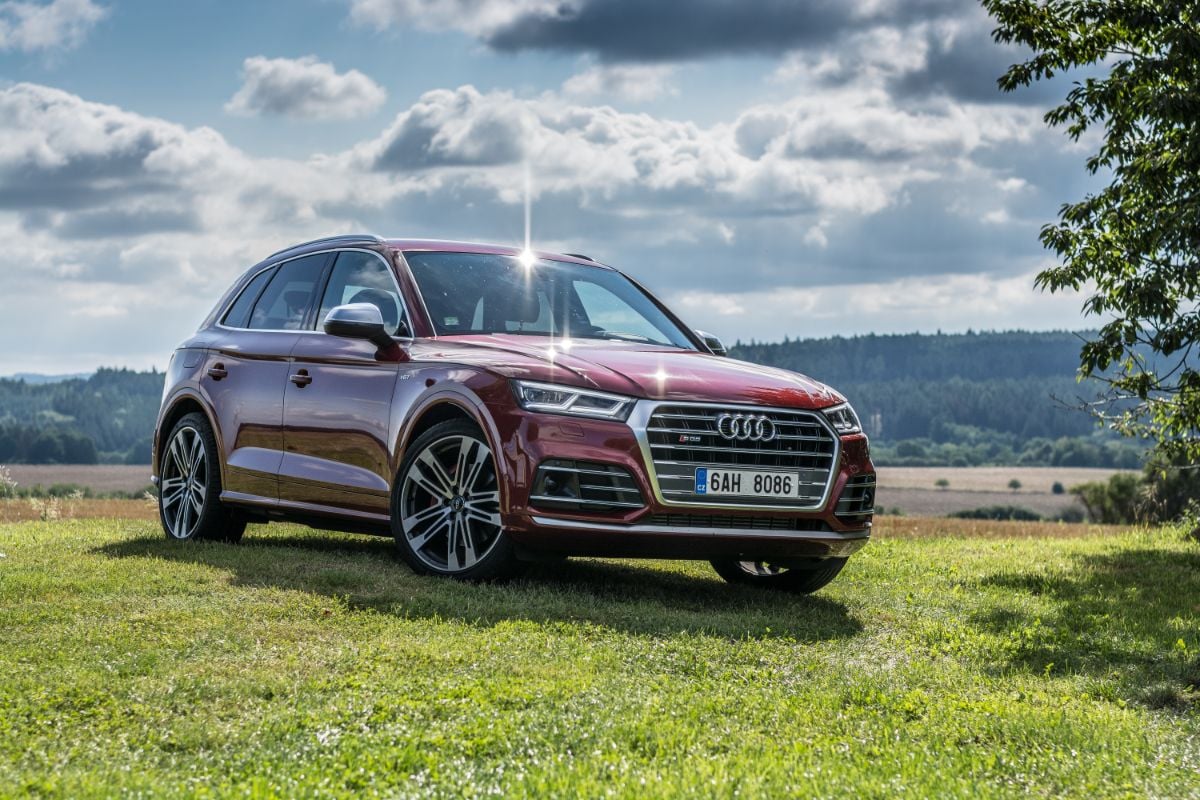 The additional cargo space that the Audi Q5 offers is one of the biggest benefits. Although the cubic feet of available storage only increased from 23.7 to 25.8, the interior feels larger and it is better laid out for cargo storage. It also gets better gas mileage than the smaller Q3.

The Q5 is a smooth ride in city conditions but lacks the power of the BMW X3 or even the Audi Q3. When you get it out onto the highway and the all-wheel drive begins to send more power to the rear wheels, you get a sense of the performance that it is capable of. In these conditions, you can tell the difference between the engine in the Q5 and Q3.

Aesthetically, both SUVs are painted from the same brush when it comes to the exterior as well as the interior detailing. The appearance of the Q series is almost identical, with only minor differences between the two models.

One thing both vehicles have in common is Audi’s standard Quattro all-wheel drive. This sets the Q series apart from some competitors, like the Lexus RX, which requires upgrades for all-wheel drive. Although they share an all-wheel-drive system, Audi designed it to supplement the front-wheel drive only when the car is being pushed. For the Q3, this can happen during city driving, but for the Q5 with a larger engine, the limits only occur on the highway, and therefore, that’s the only time it feels performant.

The Audi Q3 and Q5 also share many of the same luxury and safety features, including a central touch screen display, support for Apple CarPlay and Android Auto, and adaptive cruise control. 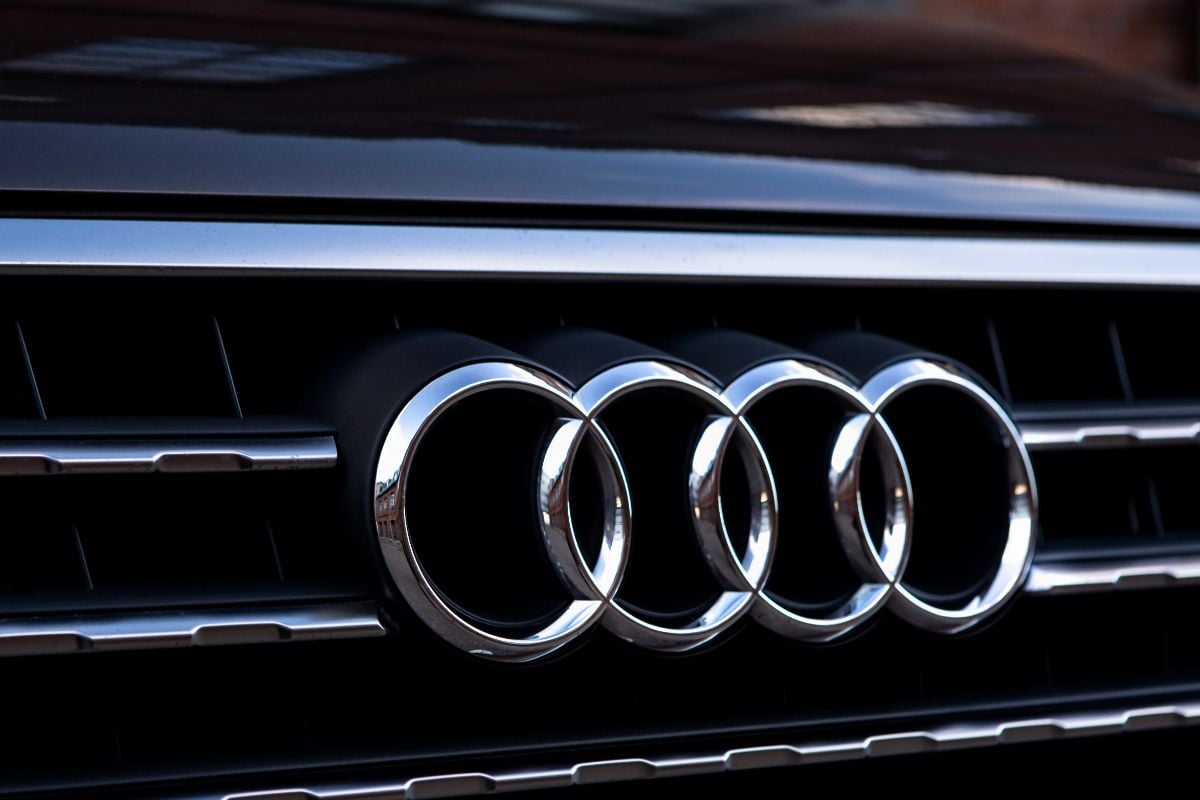 This is a difficult question to answer, especially because these two vehicles are so similar, and the differences between them are mostly upgrades from the Q3 to the Q5.

However, that doesn’t mean that you’re always better off with the Q5 if you can afford it. Although there is more cargo space in the Q5 and a heavier engine, there is more to consider.

The “upgrade” from an 8-speed shiftable automatic transmission to a 7-speed automated manual transmission led to some sluggish and indecisive shifting. Add to that the fact that the additional horsepower means that the Quattro all-wheel drive system won’t kick in until you get onto the highway, whereas in the Q3 you can get an acceleration boost by pushing the vehicle to its limits in city conditions.

There is more cargo space in the Audi Q5, but the increase is only by a few cubic feet. Although the design makes the interior of the Q5 feel bigger, you’re just as capable with the Q3 when it comes to transporting your things from point A to point B.

Whether it makes sense to pay more for the advantages of the Q5 will depend on your needs and situation, but overall, the value proposition of the Q3 is better.

Gas mileage leaves something to be desired, as the Q3 guzzles even more than the Q5, but with this exception, there are almost no drawbacks to buying a Q3 over a Q5.

In contrast, the Q5 is an underwhelming upgrade, offering an arguable decrease in handling in city driving, with otherwise good but not a standout performance in other categories. The Q5 does feel roomier and larger than the Q3, but this doesn’t translate into much of an increase in real cargo space.

Both vehicles are beautiful luxury SUVs from Audi, but the Q3 is a better value than the Q5, with the same great style and features in a slightly more compact package, and at a much lower price.