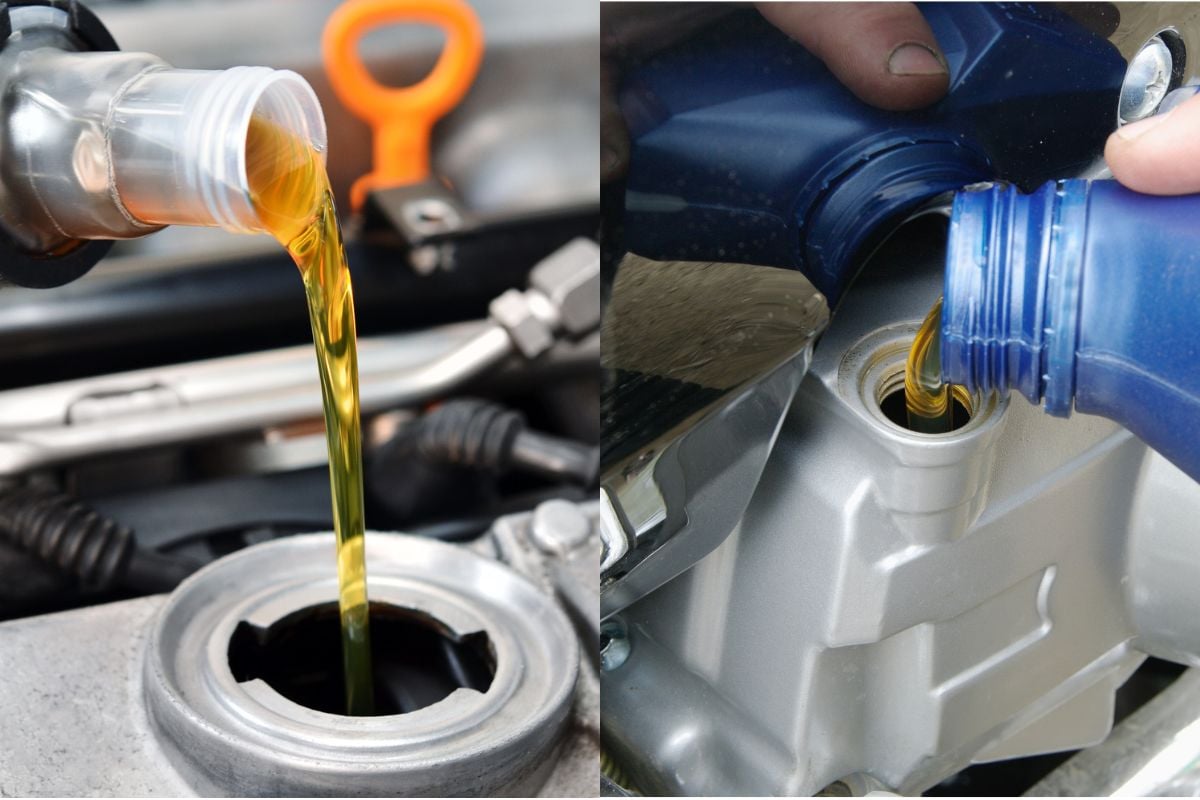 If you’re anything like me, you may have wondered before whether it would be okay to use car oil on a motorcycle. It’s just oil, right?

Well, it’s not that simple. Not all oils are created equal, and using the wrong kind of oil can damage your motorcycle and your car.

In this article, I’m taking a deep dive into the difference between car oil and motorcycle oil. Why don’t you join me?

What is Car Oil?

Car oil is a lubricant that is used to lubricate a car’s internal combustion engine. It contains friction modifiers and is made to reduce friction between the moving parts to achieve good fuel economy and efficiency.

Car oil contains detergent additives and has a rather high ash content. Cars don’t have one single fluid that can serve several functions. That is why there are different kinds of hydraulic oils, greases, motor oils, and so on.

Regular motor oil is only there to lubricate the engine and reduce friction between the metal parts. Doing so helps the car’s performance and can lower the overall engine temperature, so it doesn’t overheat.

Related: 6 Different Types of Oil Filters for Cars and Trucks

What is Motorcycle Oil? 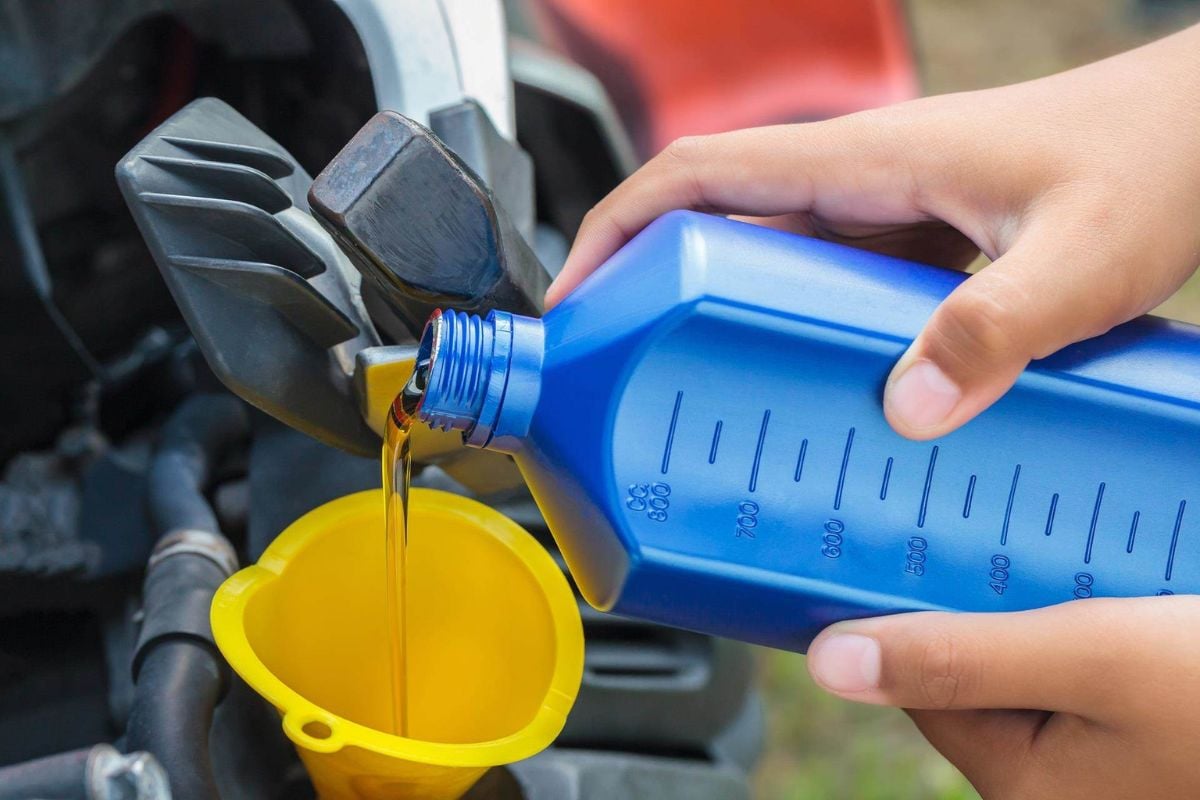 Motorcycle oil needs balanced friction characteristics to lubricate the wet clutch. This, in turn, transfers engine power to the motorcycle’s drivetrain. Should that friction be too low, the clutch won’t be able to engage, and slippage will happen.

Now that we know more or less what these two different types of oil do, let’s take a more in-depth look at their features and what they’re made of. That will give us a better understanding of how different car and motorcycle oil is and why they can’t be used interchangeably.

The features of motorcycle oil are what make it different than car oil. Here’s a breakdown of all these features: 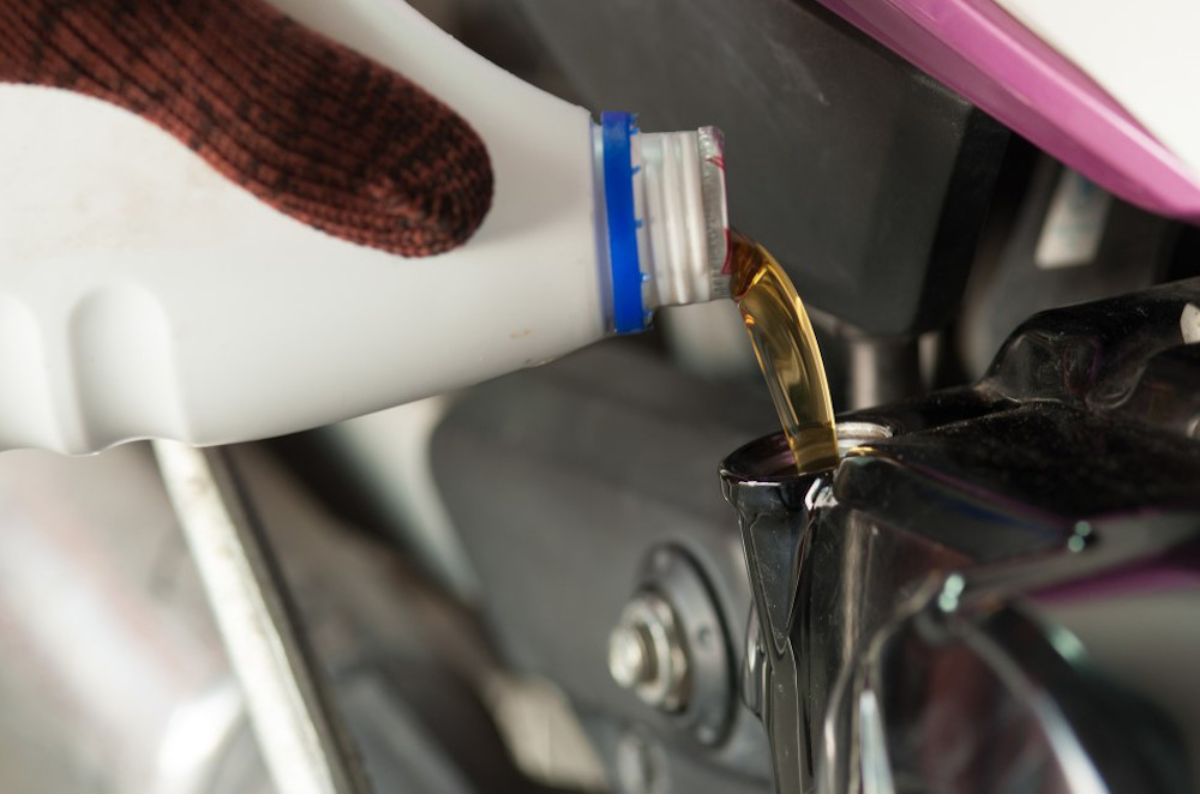 Motorcycle oil is formulated to lubricate a motorcycle’s engine parts. Although this is something that car oil can do as well, there is one distinction between the two oils.

Motorcycle oil can also lubricate the motorcycle’s gearbox and the transmission components. That is something that car oil is not formulated to do; it can only be used for the engine’s lubrication.

Because motorcycle oil can do all these jobs, it has higher frictional properties than car oil, meaning it has higher viscosity levels.

Motorcycle oil has to cool down the engine’s components as well as provide lubrication, despite motorcycles being manufactured with separate cooling systems. The oil is expected to perform some cooling and help take away some of the heat from the engine. 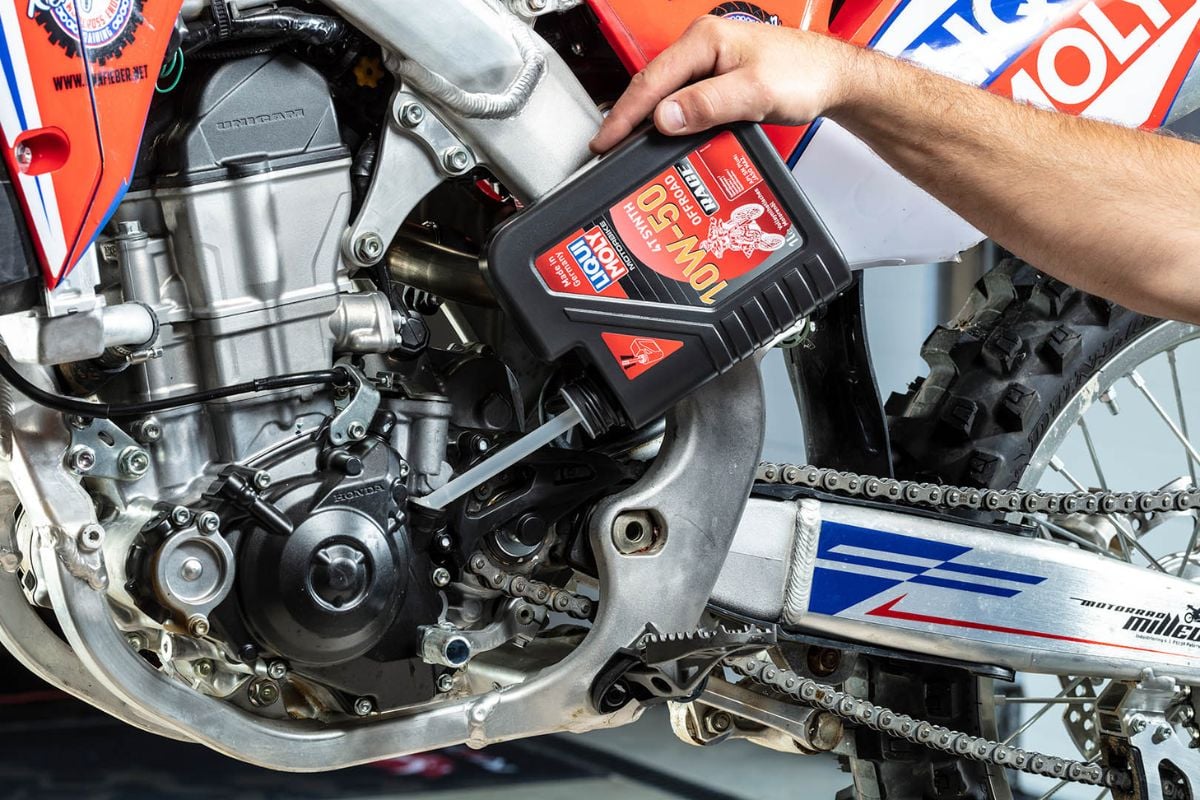 Viscosity is essential in vehicle oil that goes into the engine. Motorcycle oil and car oil have different levels of viscosity, measured in grades. You have to use the right grade as recommended by the manufacturer of your motorcycle or car.

Motorcycle oils typically have more viscosity than car oils. This is because higher viscosity levels are needed to balance the transmission and wet clutch performance.

The ash content of lubricant oil is influenced by how many detergent additives are present. These detergents act as neutralizers for the strong acids that are in lubricants like nitric acid, which is produced as part of the combustion process.

Motorcycle oil has a lower level of ash content than car oil.

Since motorcycle oil has to balance wet clutch performance and fuel efficiency, it has much higher friction properties. 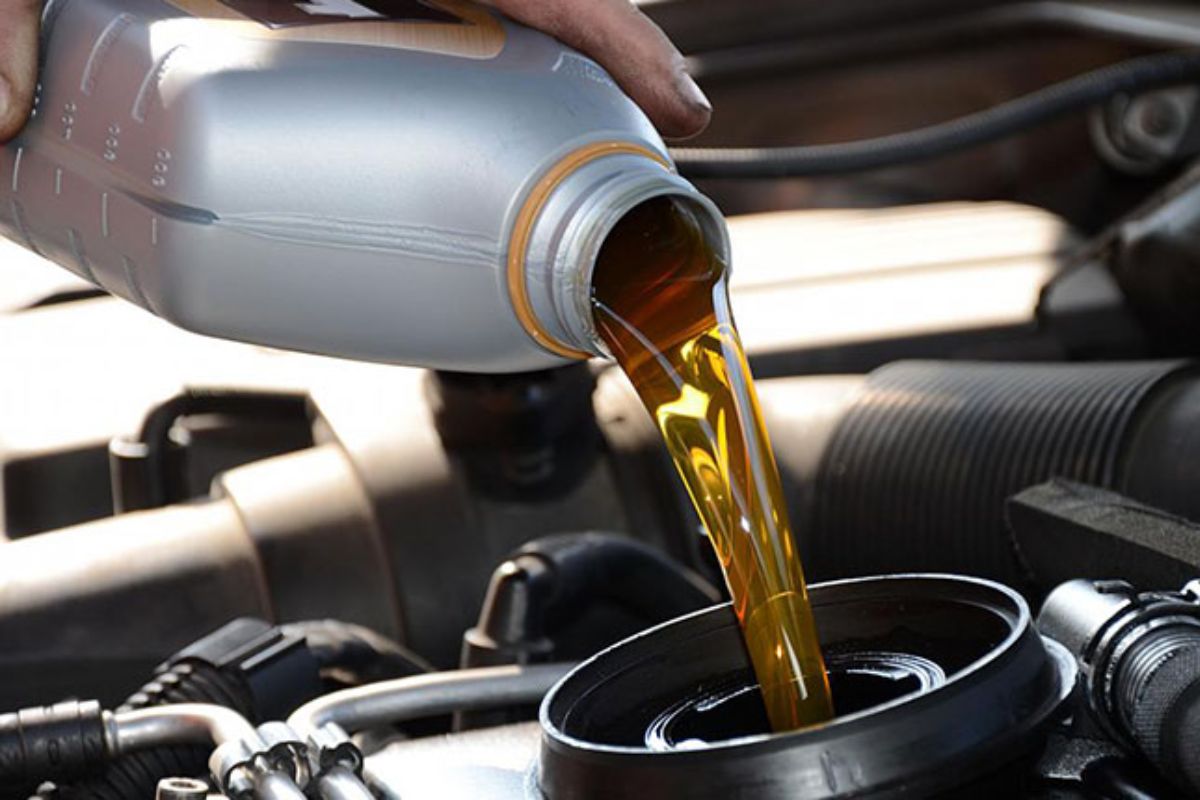 Now, let’s check out the distinguishable features of car oil.

This is one feature that car oil and motorcycle oil have in common, but only up to a point. Both types of oil are made to lubricate, but while motorcycle oil can lubricate multiple parts of a motorcycle, car oil can only lubricate a car’s engine.

Car oil contains a lot of detergent additives that lead to higher ash content, much more than you’ll find in motorcycle oil. As such, using car oil for a motorcycle’s engine will negatively affect the motorcycle’s performance.

In contrast with motorcycle oil, car oil is not expected to help cool down the engine. This is because cars are made with robust cooling systems that work well enough on their own. Car oils can help cool engine parts, but that’s not what they’re made to do. 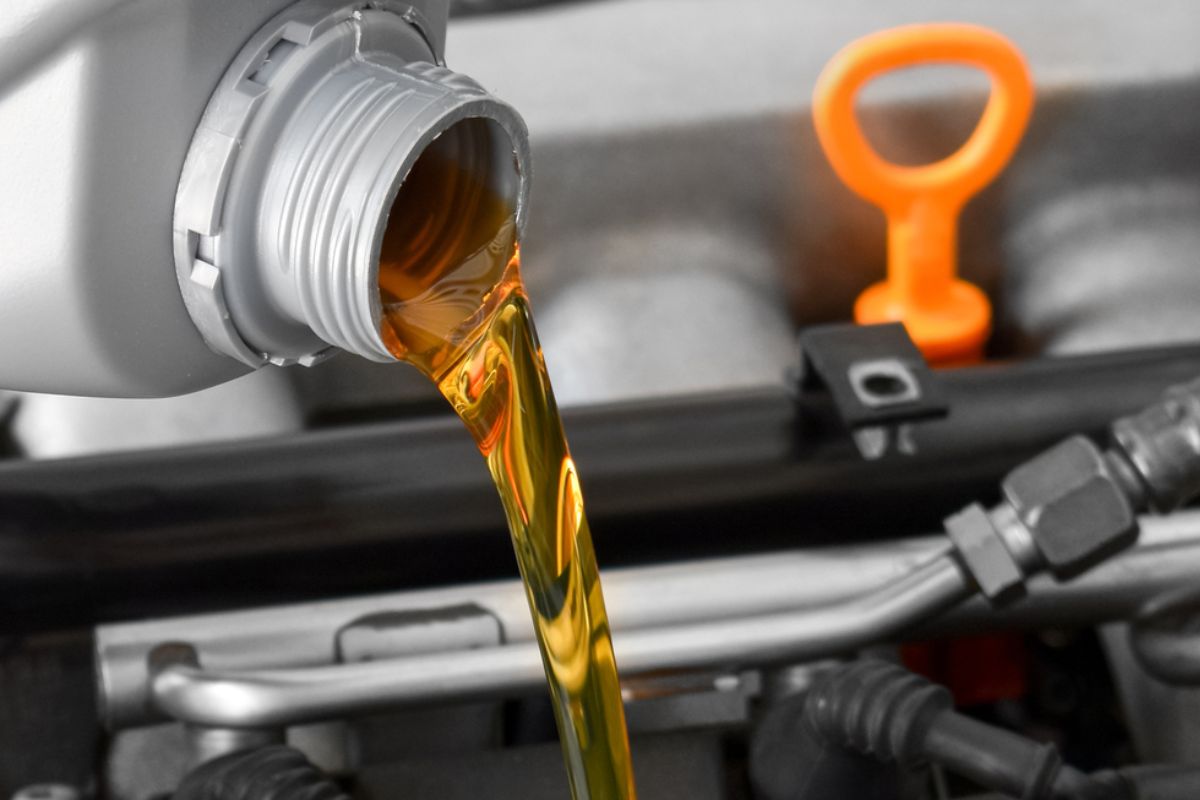 Car oils have lower viscosity so that better engine performance and smoother power transmission can be achieved.

Car oil has higher amounts of detergent additives than what is found in motorcycle oil.

The main goal of these additives is to neutralize and remove deposits, acids, and impurities. This results in less sludge being created in your engine, improving the car’s performance. Car oil has a higher ash content than motorcycle oil because more additives are present.

Car oils don’t have as high friction levels as motorcycle oil. The lower levels of friction allow for better fuel efficiency and mileage. 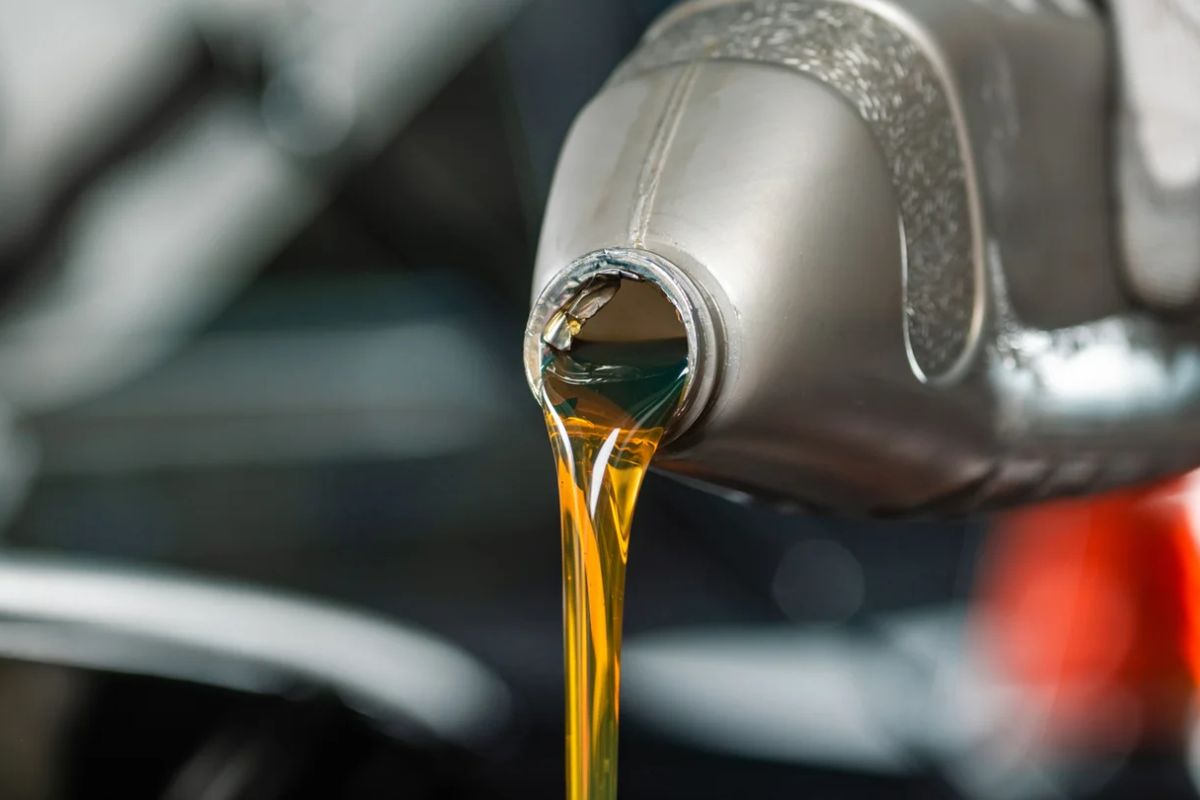 When it comes to materials, there are three options to choose from: synthetic and mineral or blended. These options are available for both motorcycle oil as well as car oil. Typically, your vehicle’s owner’s manual will indicate which kind of oil is best suited for it. You should follow the manufacturer’s recommendations. They know what’s best for your vehicle.

Mineral oil is usually a bit more affordable than synthetic oil, but it contains contaminants despite going through a thorough refining process.

Because of its thickness, mineral oil is typically the best option for older motorcycles. Mineral oil is good for aged engines that have very fine cracks because it will fill them up. Synthetic oil, on the other hand, will leak through these minuscule cracks.

Modern engines, however, are better off with synthetic oil. These oils are man-made, provide good protection, and don’t have any pollutants in them that could harm your engine, whether you’re riding a motorcycle or a car.

Synthetic oil also reduces friction that can make your car or motorcycle consume less fuel, perform better, and overall be more efficient. They also work better under extreme cold or hot temperatures. However, they are more expensive than mineral oil.

It’s impossible to pin down one specific price for car and motorcycle oil, but we can compare what you can expect to pay for these oils. 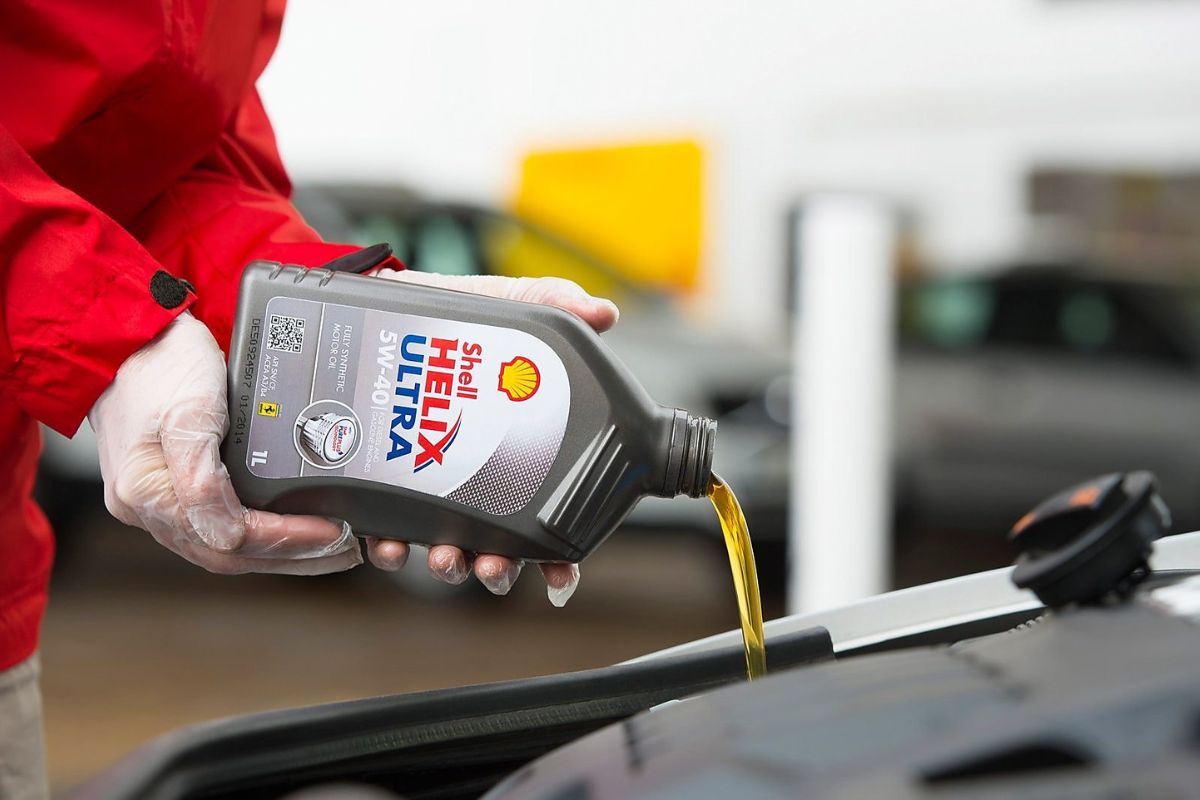 There are several factors that affect how much an oil change will cost, such as your car’s model and make, the type of oil you choose to use, and your location.

Motorcycle oil is almost the same price as car oil, but is generally a little bit cheaper. You can expect to pay anything between $30 and $50 for an oil change.

Of course, just as with a car oil change, the price you pay depends on your motorcycle’s model, your location, and the oil you use. 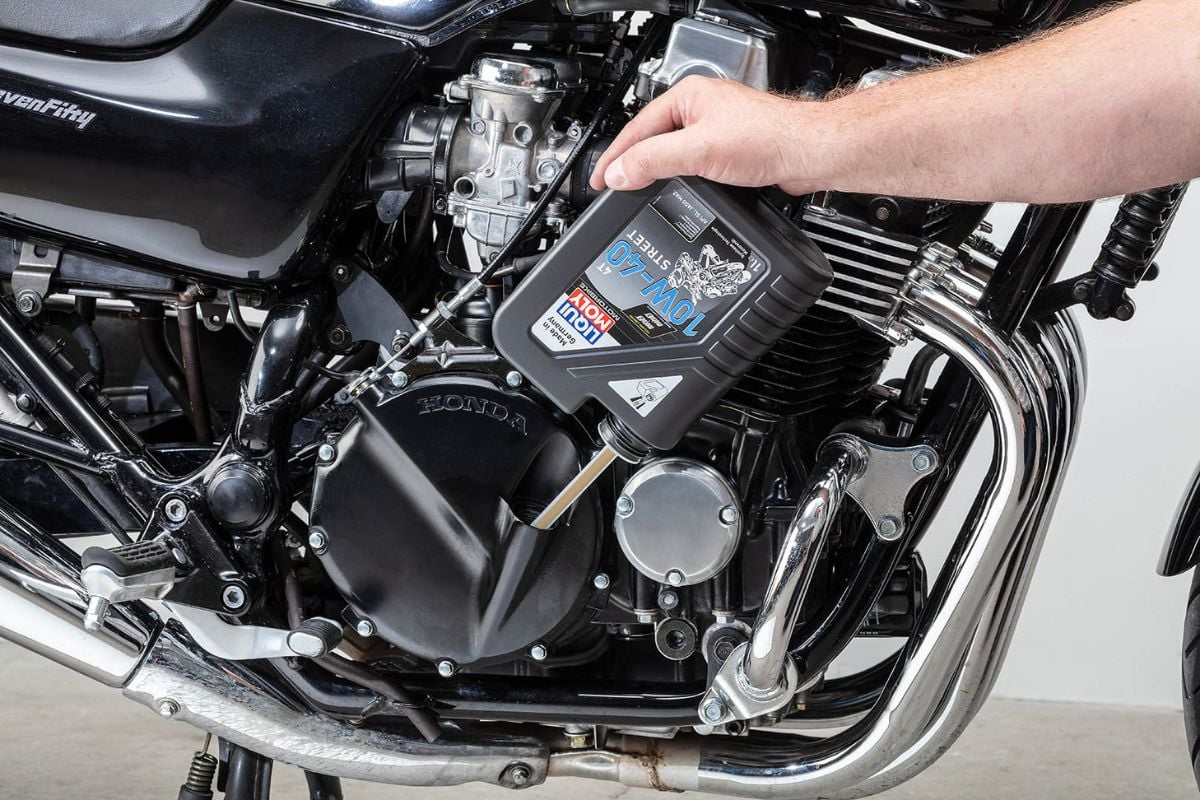 Motorcycle oil runs through all the important parts of the engine and provides essential lubrication between all the mechanical parts. Without this lubrication, the engine will not perform well and could suffer damage in the long run. The components also heat up, and the oil helps to keep things cool.

When the motorcycle engine is running smoothly and the amount of friction is kept at a minimum, it will burn gas better as well. This translates into better fuel efficiency, which can save you a lot of money in the long run.

Because motorcycle oil helps to keep the engine’s components running smoothly and with little friction, these components will last longer. Without oil, the engine would suffer a lot of wear and tear that would result in damage and breakage. Of course, you need to replace your oil regularly to ensure longer engine life.

In addition to reducing friction and keeping your motorcycle’s components cool, high-quality motorcycle oil will also catch contaminants. That means these impurities are isolated from the engine, keeping it cleaner, which enhances its life and performance. 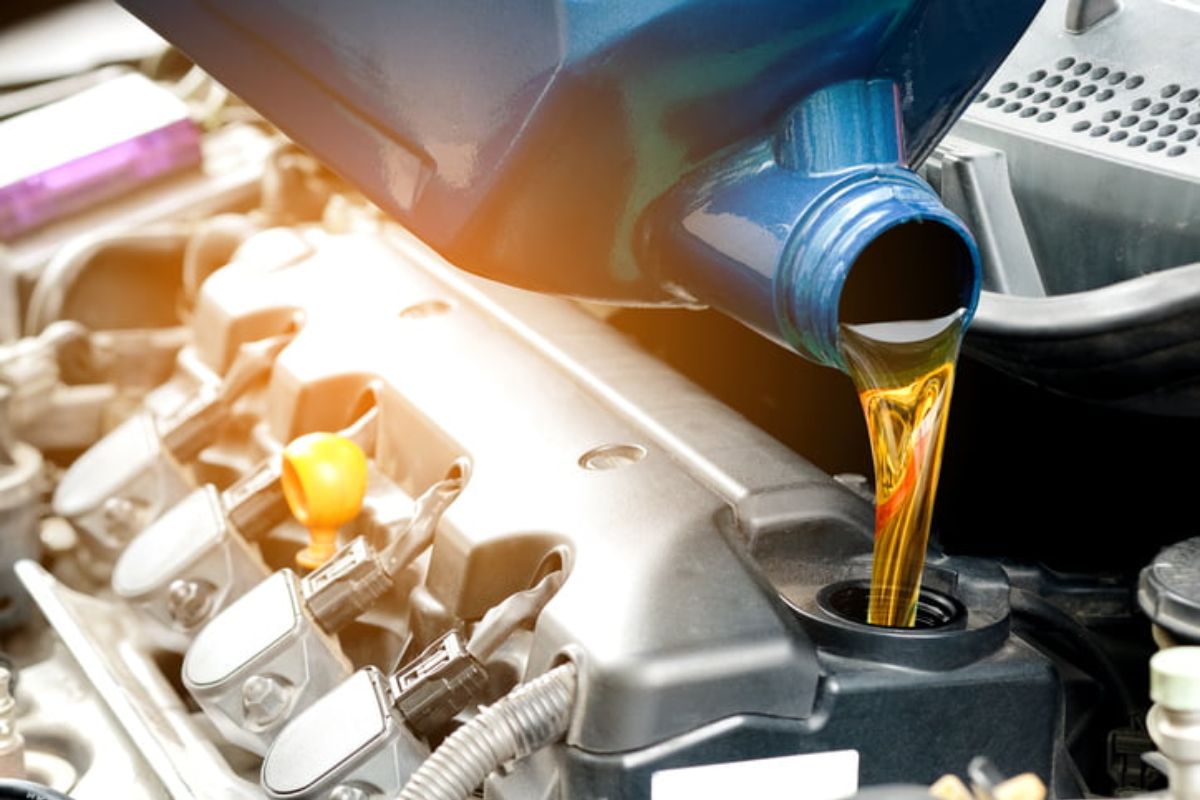 Good car oil provides good lubrication, which helps to protect the car’s engine against damage that is caused by friction. Car oil also protects the engine against heat by keeping everything nice and cool.

When you’re using quality car oil, you keep your engine clean and help it run a lot smoother. When your engine is able to work well thanks to the lubrication and protection of oil, it will last longer. There is less friction, so the components are damaged.

Regularly changing your car’s oil will help to improve the engine’s performance. That’s because oil can carry debris and dirt as it flows through the engine and sludge can accumulate. Changing the oil means these contaminants are removed, which improves the engine’s efficiency, especially in the long run.

Your engine will be able to achieve better mileage when it is well-lubricated and kept clean with regular oil changes. Fresh oil enhances the performance of your car engine, and you’ll use less fuel as a result.

A car’s engine components can generate a lot of heat because they have to move at very high speeds. Having fresh oil in the engine helps to maintain good lubrication, so there is minimal friction between the components. As a result, the components stay cooler, and overheating is avoided.

Car Oil vs Motorcycle Oil: Now You Know the Differences

There you have it: the main differences between car oil and motorcycle oil. Now you won’t ever even consider using them incorrectly because you’re aware of the damage doing so could cause. Knowledge really is power! 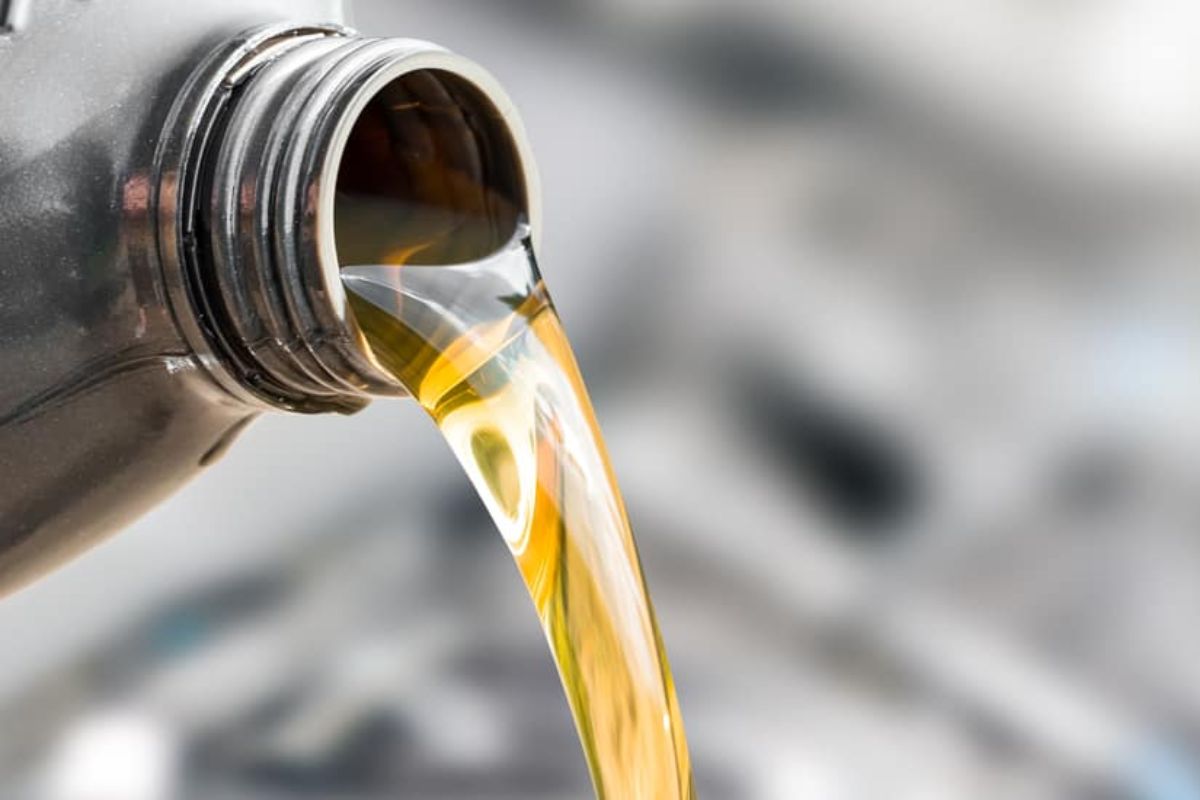 Can You Use Regular Oil on a Motorcycle?

You cannot use regular oil in a motorcycle because it’s not made for the same purpose. Motorcycle engines and gearboxes need a different kind of oil than cars, and they should never be used interchangeably.

Is Synthetic Oil Better for Motorcycles?

When to Change the Oil in a Motorcycle?