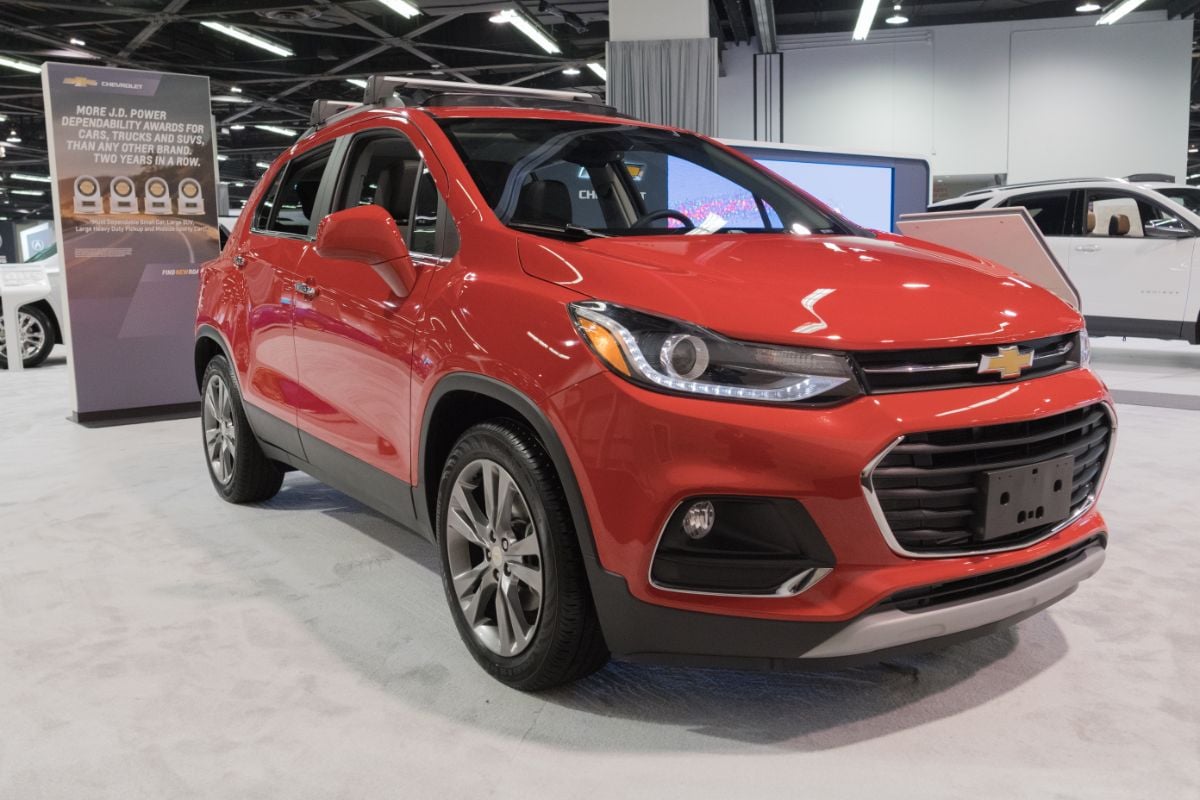 Starting at $21,400, the 2022 Chevrolet Trax could be the right SUV for you if you’re looking for a vehicle that’s both affordable and fun. Even while it comes standard with useful SUV features like a high seating position, optional all-wheel drive, plus a large luggage area, this compact ute is devoid of the upscale amenities seen in pricier models.

One engine is available for the Trax, and it is the turbocharged 1.4-liter four-cylinder which gives 155hp. The Trax comes standard with a 6-speed automatic transmission as well as your selection of FWD or AWD. It can tow 1,263 pounds max.

The safety rating for this five-passenger vehicle is five out of five stars.

14 Cars Similar to the Chevrolet Trax 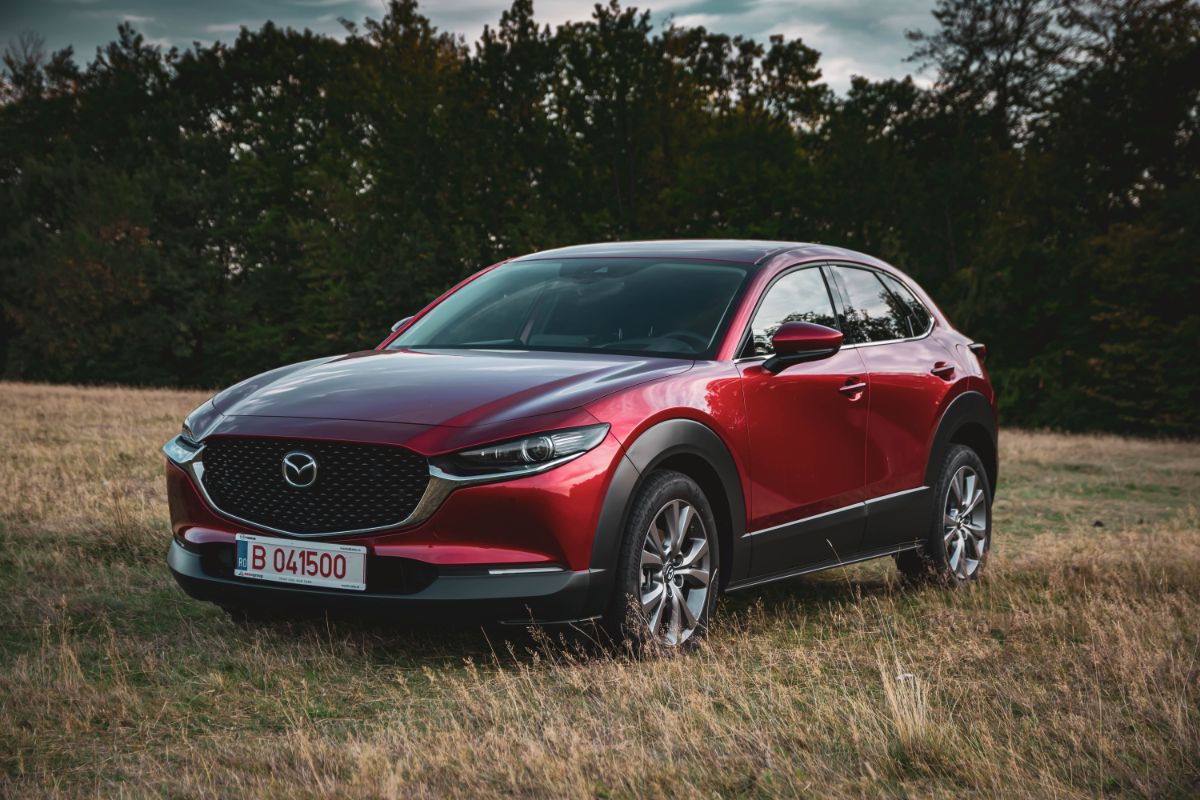 There is a lot of overlap between the legroom and headroom at the front, fuel usage and price, and maneuverability between the 2022 Mazda CX-30 and the 2022 Chevy Trax.

An attractive outward curve and a near-premium interior give the 2022 CX-30, which starts at $22,200, an affluent appearance. Fast drivers will choose the optional turbocharged version of the 2.5-liter four-cylinder over the base model’s sluggish acceleration. As a result, the CX-30 drives like a Mazda, and that’s exactly what I like about it.

The vehicle’s towing capacity ranges from 1500 to 2000 pounds, depending on the model.

Mazda’s CX-30 has a 2.5-liter four-cylinder engine pushing 186 hp and a six-speed automated transmission that selects gears based on the driving conditions. A 250-horsepower 2.5-liter turbocharged engine you’ll get as an add-on. Five-star safety ratings and a 0-60 mph time of 7-7.1 seconds go hand in hand with a top speed of 135mph/218kph for this five-passenger vehicle. 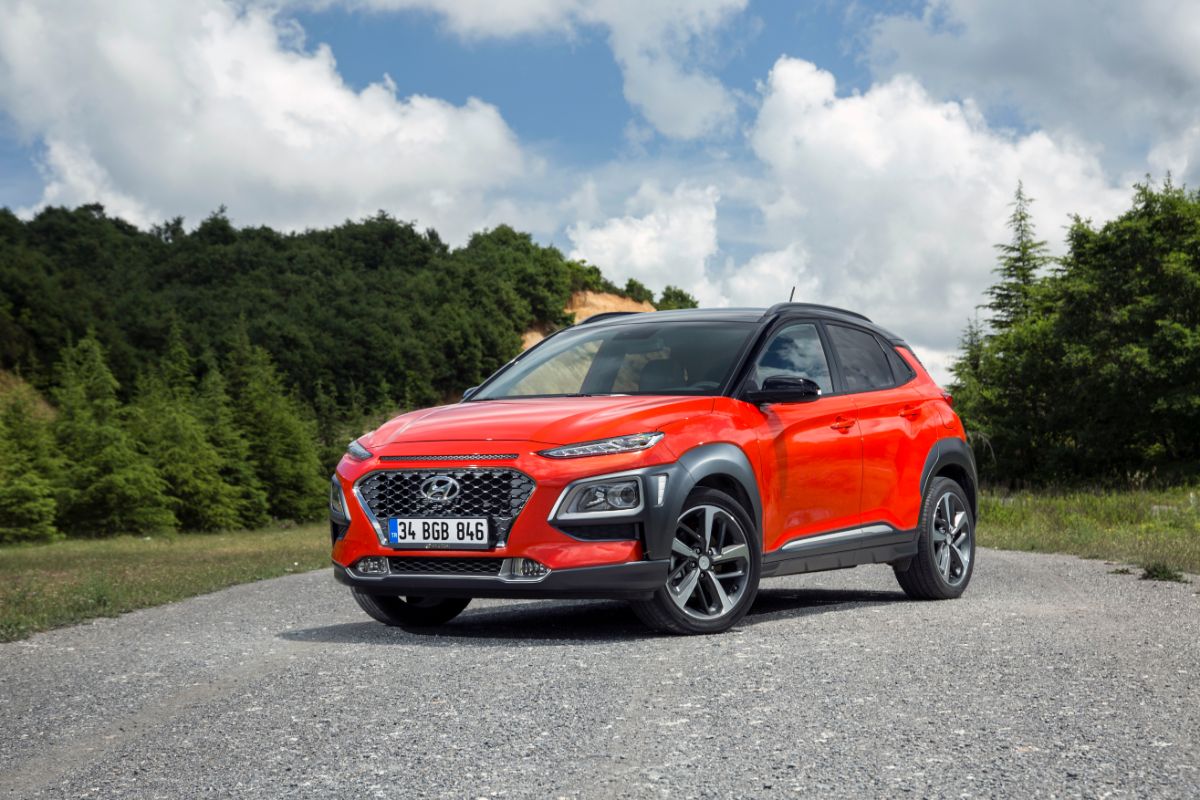 Similar to the 2022 Chevy Trax is the starting price, highway mpg, acceleration for some trims, the AWD option, five-star safety, and seating capacity.

New front-end styling has been added to the Kona for the next 2022 model year, making it even more spectacular than the 2021 model. A redesigned grille with a wide-mouth opening is just one of several exterior stylistic tweaks that have been implemented.

This year, Hyundai has given the Kona an all-new dashboard design as well as some additional optional features like wireless smartphone charging plus heated back seats. The Kona has two engine options: a 147-hp four-cylinder as well as a six-speed automated transmission for the SE and SEL variants. 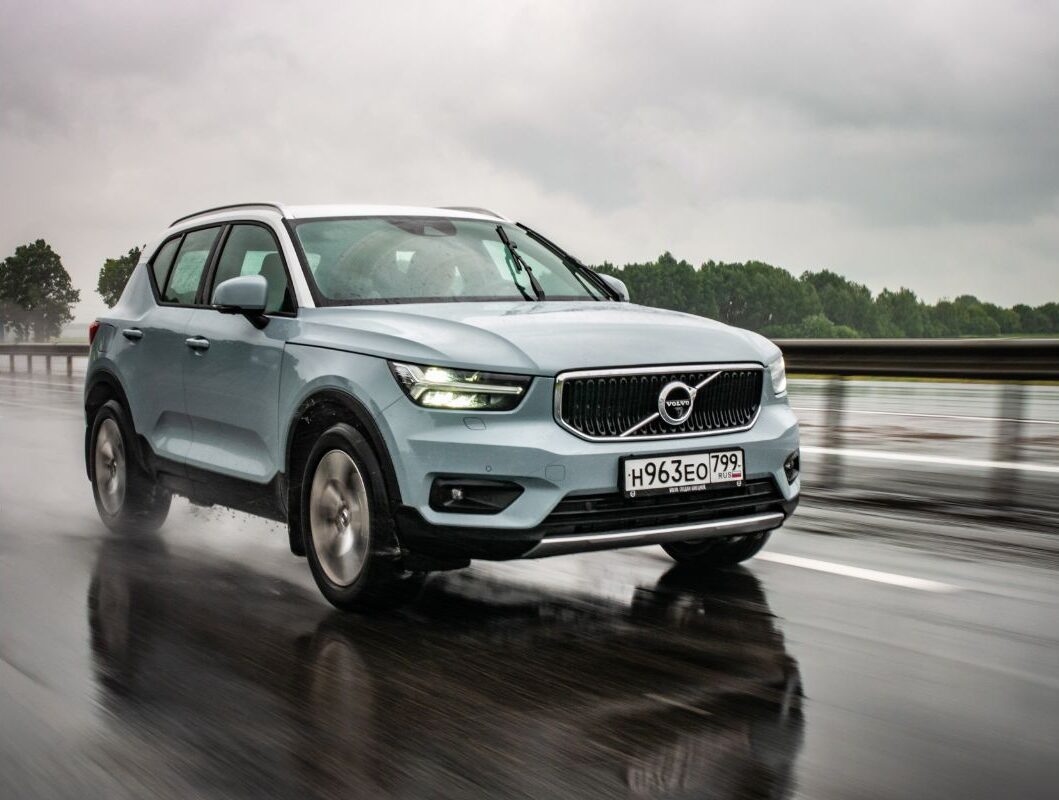 Owning a Volvo is enticing because of the many modern conveniences available, but this model also has its unique character. This is what draws me to it. It’s also $35,100 at the outset.

Similar to the 2022 Chevy Trax is the AWD, four-cylinder engine, and mpg.

Adding the all-new Volvo XC40 for 2022 to Volvo’s excellent SUV lineup is a gorgeous and sophisticated addition. Momentum, R-Design, and Inscription trim options are available on the T4 and T5 models.

In the base model, a turbocharged four-cylinder engine with the T4 designation generates 184 horsepower. The T5, with its 248 horsepower and all-wheel drive, is the most exhilarating model.

Additionally, the XC40 comes equipped with a Volvo Pilot Assist semi-autonomous driving feature that is found in more expensive Volvo models. The interior is well-thought-out with innovative storage solutions, and the cargo area is large. You’ll hit 60 mph in just 4.9 seconds. 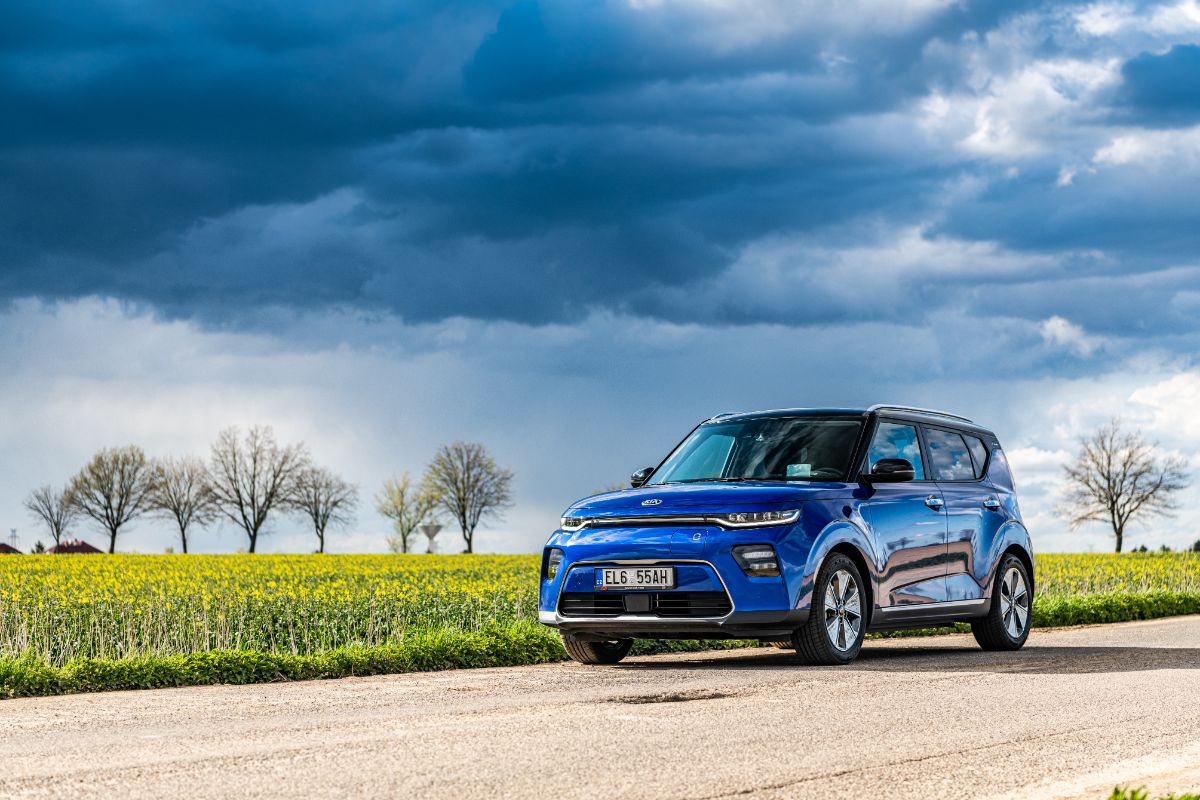 Similar to the 2022 Chevy Trax are the highway mpg, four-cylinder engine, and FWD.

The Kia Soul, despite its wacky appearance, is a well-built crossover. The exterior design is classic, the cabin is spacious, plus the value for your money is exceptional.

Optionally, a 201-horsepower turbocharged four-cylinder engine is available from Kia, giving the Soul even more oomph. The boxy form provides plenty of room for four people to cruise and a large cargo section for their things. 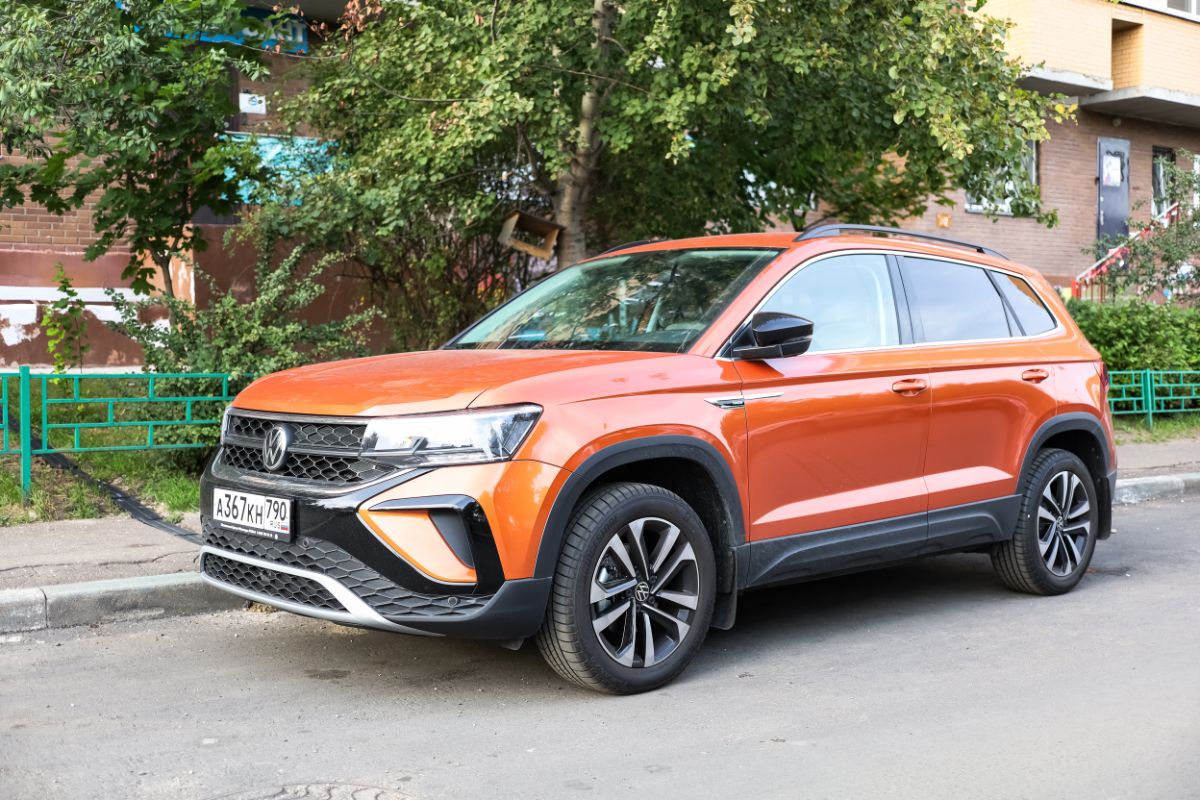 With a starting price of $24,490, the tiny five-seat Taos offers unexpectedly large back seats and a generous load area. Moreover, the Taos has a new 4-cylinder turbocharged engine and all-wheel drive.

Similar to the 2022 Chevy Trax, are the acceleration, generous cargo area, 4-cylinder engine, and horsepower.

The SE model in the middle trim level is the most cost-effective option. 18-inch wheels, blind-spot assistance, heated front seats as well as a remote start are included in the standard package. With a top speed of 125mph, you can expect 28 city/36 highway MPG. It takes 9.4 – 11.2 seconds to go from 0-60 mph in this vehicle.

The new turbocharged engine is capable of 158 hp and 184 lb-ft of torque. All-wheel-drive variants have a 7-speed dual-clutch automatic transmission, while front-drive cars have an 8-speed automatic. For the back and front suspension, the Taos has a torsion-beam arrangement and a more complex multilink design, respectively, for the all-wheel-drive and front-drive models. 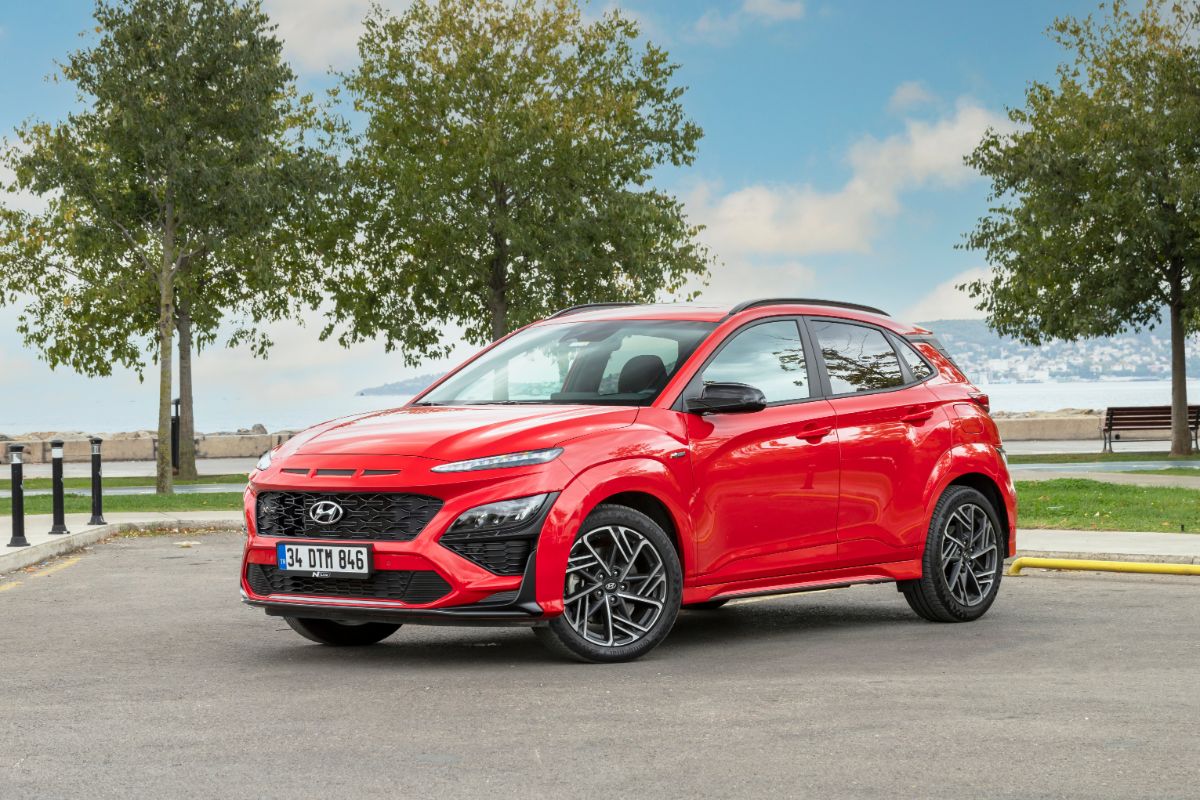 Turbocharged four-cylinder, tight suspension, and fast handling are all included in the Kona N. The five-passenger SUV is available for $35,425 in a single, fully-loaded configuration. Driver-assist technologies and all of the normal Kona’s top in-vehicle technology are included as standard. 1100 pounds of towing capacity.

Similar to the 2022 Chevy Trax is the FWD and handling.

The sportiest Kona N is propelled by a turbocharged 2.0-liter four-cylinder engine. When you push a red button that’s positioned on the steering wheel, for 20 seconds, you’ll summon an additional 10 horses to achieve a maximum of 276 horses. The shifts are handled by an 8-speed dual-clutch automatic transmission, which sends all of the power to the front wheels. 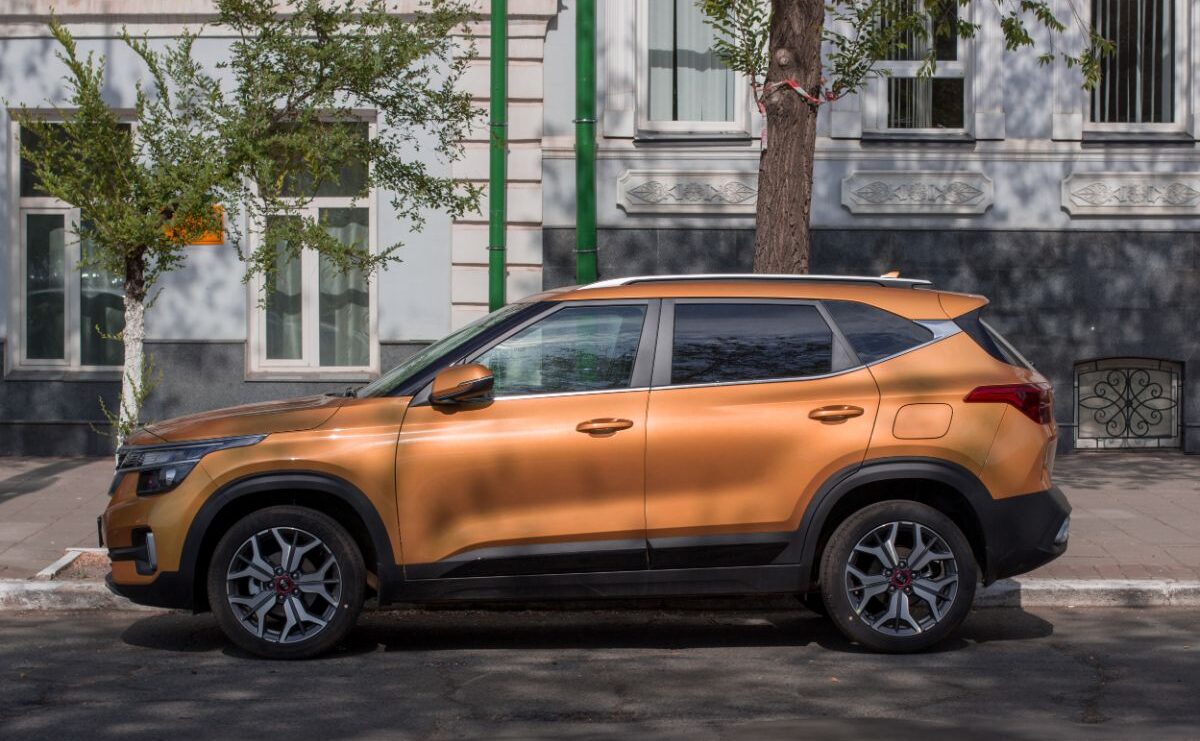 Although the Seltos has a hard ride, its handling is impressive for an SUV.

Upmarket variants are equipped with an uprated turbocharged 1.6-liter four-cylinder engine that generates 175 horsepower. Standard on the LX is a comprehensive list of driver-assistance systems as well as an adequate selection of infotainment amenities. 2800 pounds of towing capacity.

Similar to the 2022 Chevy Trax are the highway mpg, AWD option, and sustained acceleration.

Other than that, Seltos’s other grades are more inclined to meet the needs of current SUV consumers with extra features. 0-60 mph can be reached in 8.2 to 9.1 seconds, with an MPG of 29 city/35 highway, beginning at $22,590. The Celtics have a four-star safety rating and maybe had front or all-wheel drive. 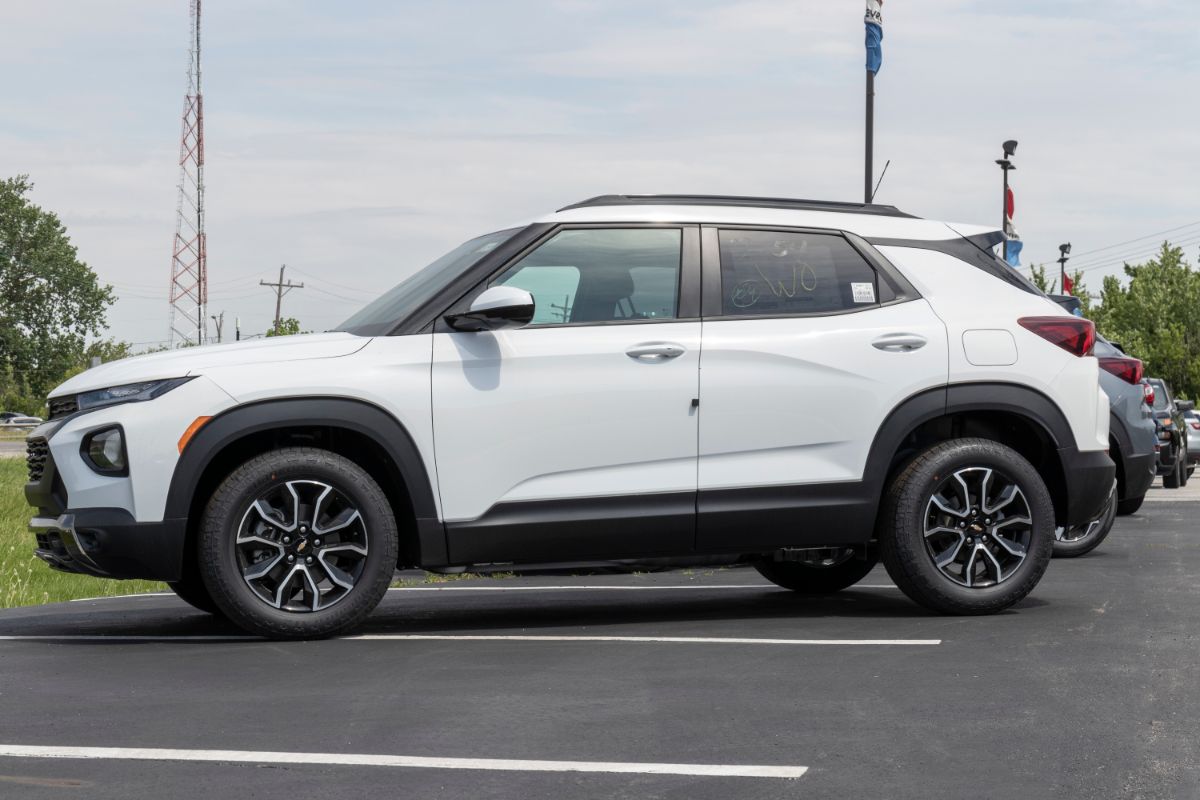 This year’s Trailblazer, which has five-star safety ratings, starts at $22,995 and includes a heated steering wheel as an optional feature on the LT model. There are new dealer-installed alternatives for trailering that include a bezel, harness, and hitch. Additionally, metallic paint hues such as Mahogany Red, Vivid Orange, Blue Glow, and Crimson have been added.

Similar to the 2022 Chevy Trax are the AWD options, acceleration, top speed, and highway mpg.

Both the 1.2-liter and 1.3-liter turbocharged three-cylinder engines are available in the Trailblazer’s five-seat configuration. More horsepower is generated by this vehicle than by any other vehicle. In contrast to the 1.2-liter engine, the 1.3-liter engine is available with AWD and a continuously variable automatic transmission (CVT). 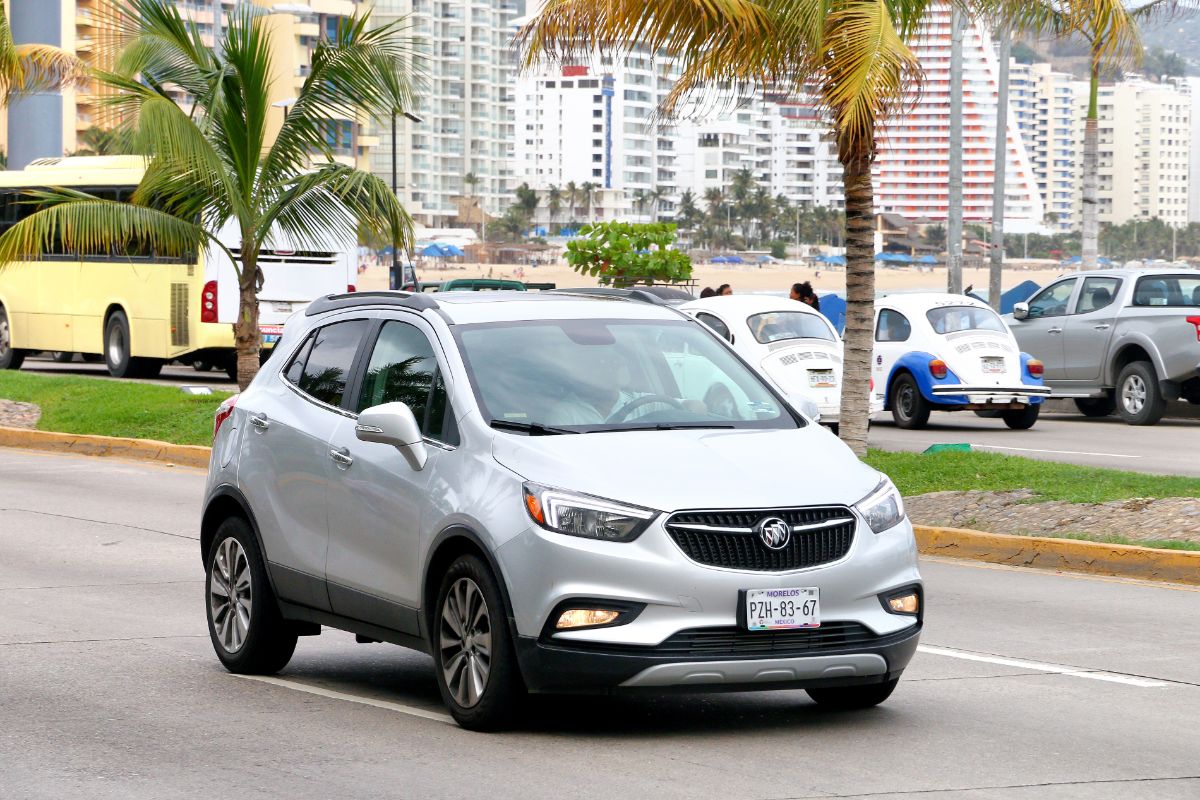 In terms of trim choices, cargo space, and outward view, both the 2022 Encore and the 2022 Chevy Trax are very comparable. A thousand pounds of towing capacity you’ll get from your Encore. 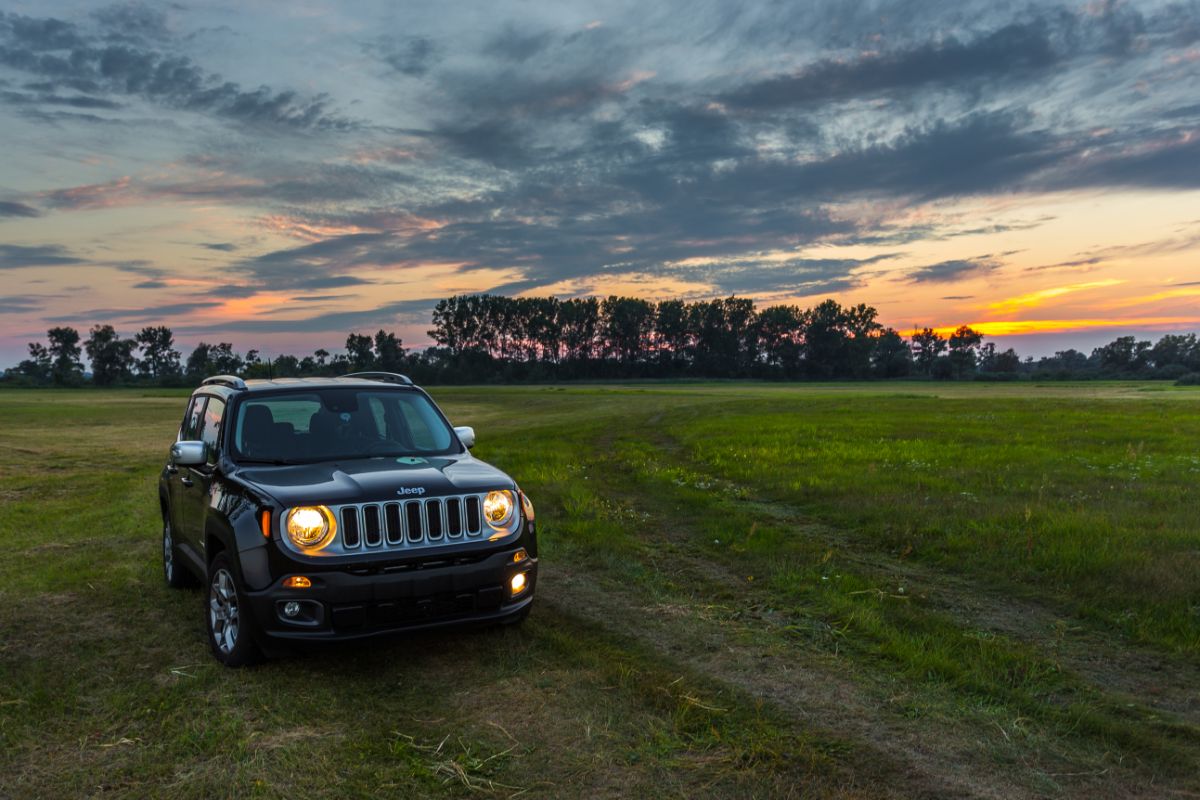 With the new 8.4-inch touchscreen infotainment system, the Renegade Sport and Latitude are now equipped with built-in navigation. Topping it all off, the Limited receives a new grille and a set of larger wheels measuring 18 inches in diameter.

Similar to the 2022 Chevy Trax are the AWD option, acceleration, and mpg.

The Trailhawk is the best option for those who plan to use their Renegade in rough terrain. The base Sport trim, on the other hand, starts at $25,790, while this model starts at a little over $30,000. The standard 1.3-liter turbocharged four-cylinder engine is paired with a 9-speed automatic transmission and either FWD or AWD. 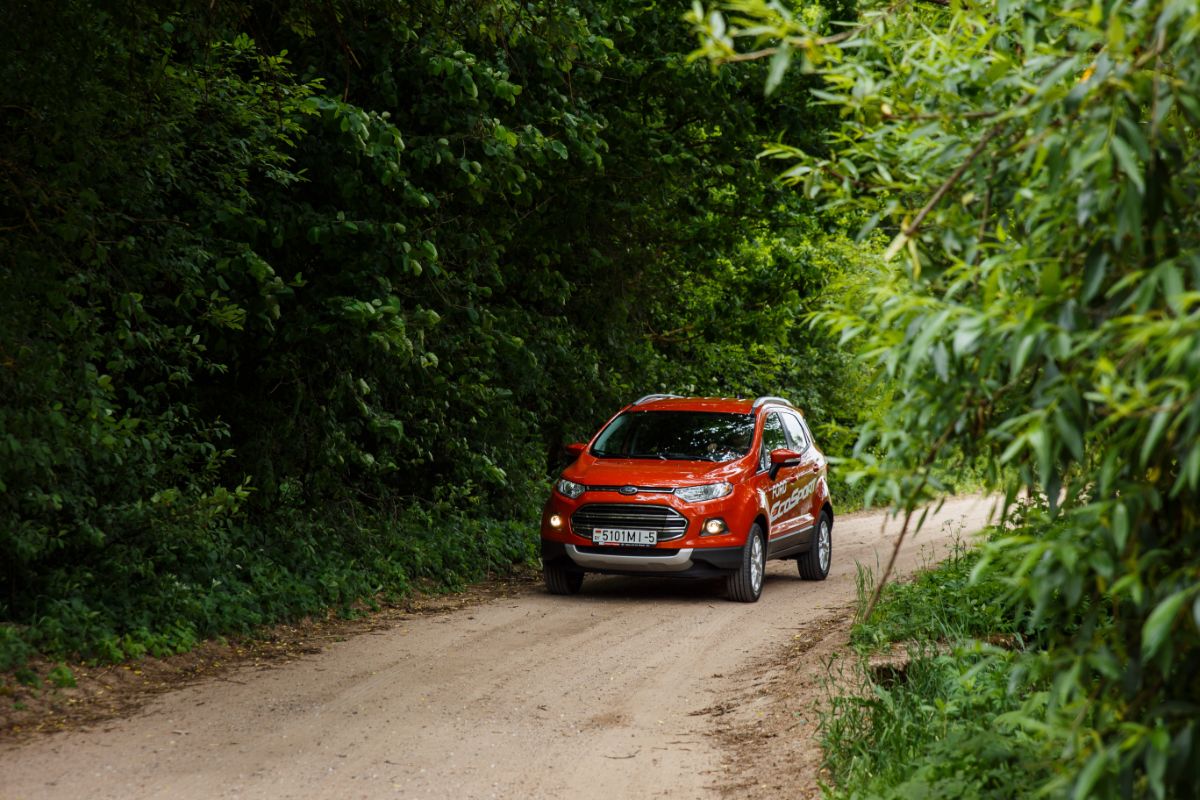 There is no problem driving this five-seater Subcompact SUV on the city streets or the muddy route. The 2017 EcoSport does have a lot to offer when it comes to amenities, both in the interior and exterior. Make a statement wherever you go by driving the Ford EcoSport! On the outside, the Swing Gate Rear Door, as well as Halogen Tail Lamps, let this agile Crossover stand out.

166 hp plus 149 pounds-feet of torque are typical on all 2.0-liter engines. The Ford EcoSport has a big trunk and a climate control system, just to name a few standard features. Everything this four-door Crossover has to boast is yours to enjoy! It’s easy to remain connected and travel about with the EcoSport Crossover. 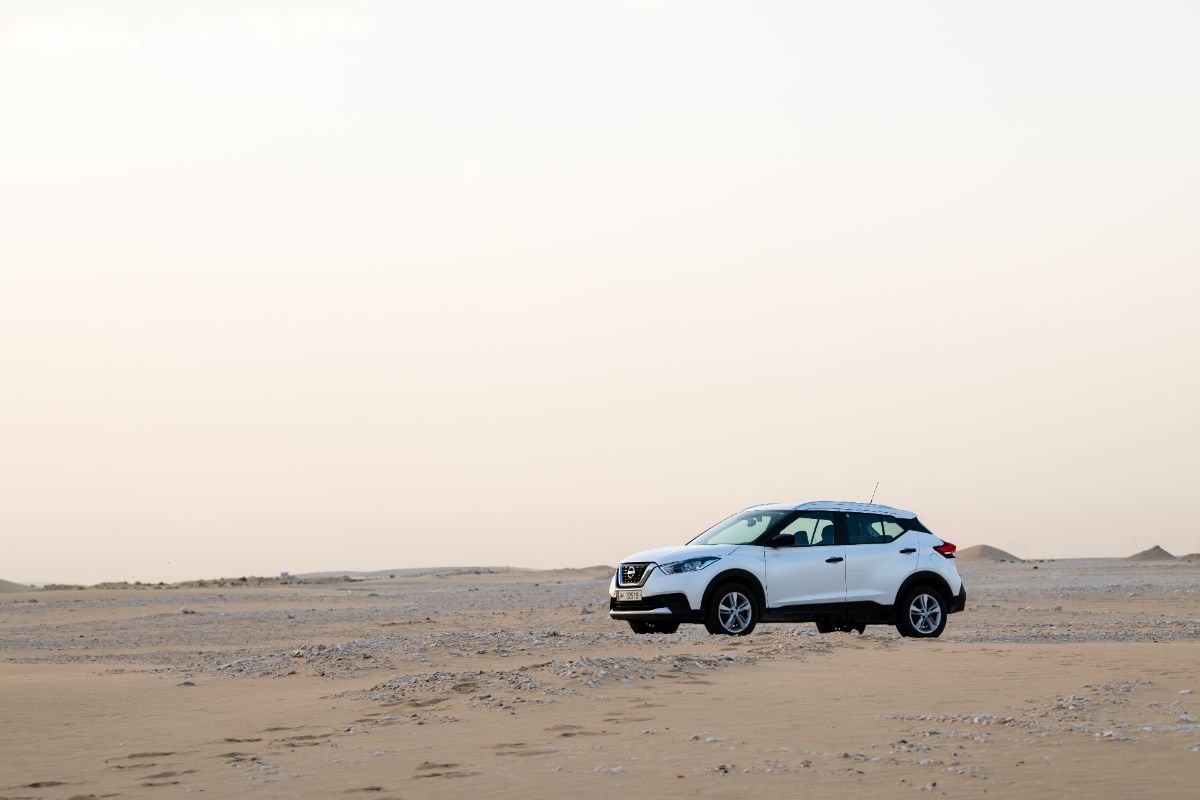 This car is a wonderful deal because of its nice propensity, big interior, and plenty of basic equipment. Took just over 10 seconds to get from 0-60 miles per hour. To obtain a 31 city/36 highway mpg, you’ll have to pay up to $19,800, with a four-cylinder engine that generates just 122 horsepower.

Similar to the 2022 Chevy Trax are the seating capacity, low starting price, spacious interior, and acceleration.

The NHTSA has given the FWD Nissan Kicks an overall safety rating of 4 stars. It has room for five people. 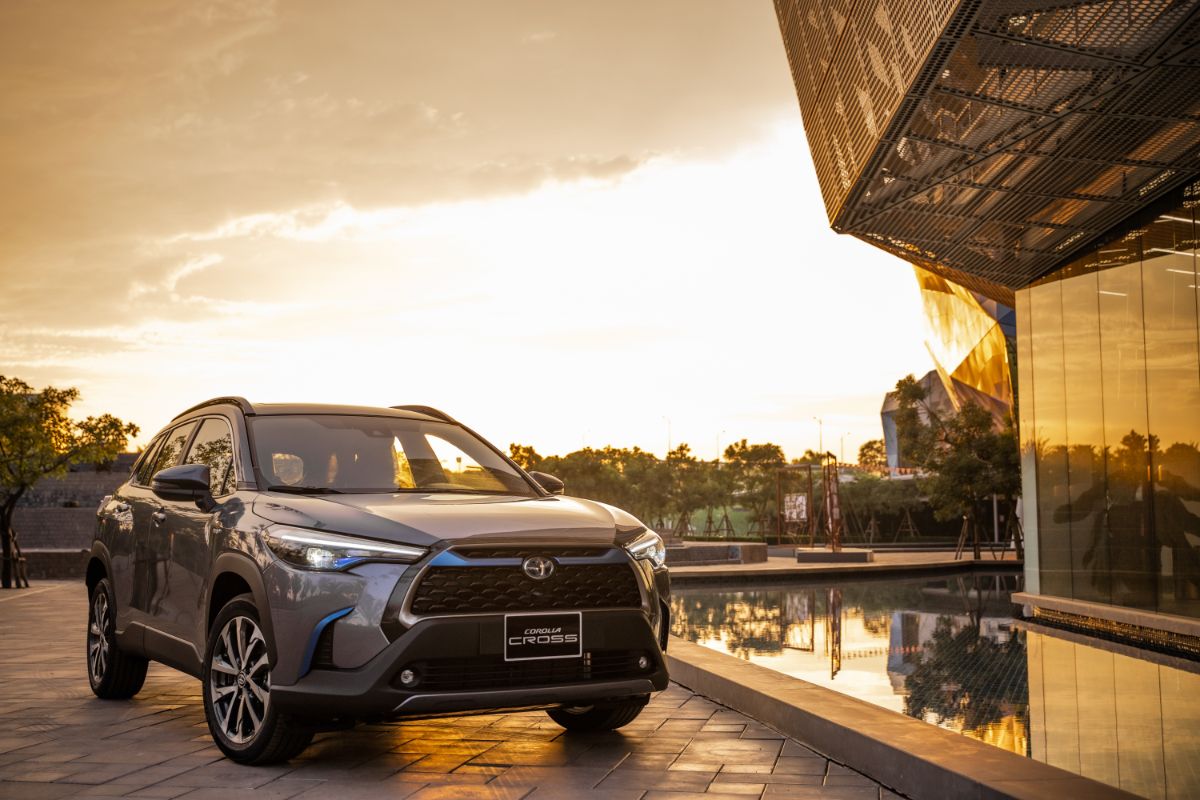 Added cargo space, more standard driver-assist features, and a lower sticker price than the hatchback Corolla. Starting at $23,410, you have a choice of FWD or AWD among three trim levels. All Corolla Cross models come standard with 169 hp and a CVT powertrain.

Similar to the 2022 Chevy Trax are the highway mpg, towing capacity, and AWD option.

The Cross can carry 1,500 pounds of payload. 0-60 in 7.3 seconds and a combined 31/33mpg city/highway rating make it one of the most fuel-efficient cars on the market. It comes included with Apple CarPlay, Android Auto, and a satellite radio receiver. Towing capacity is 1,000 pounds. 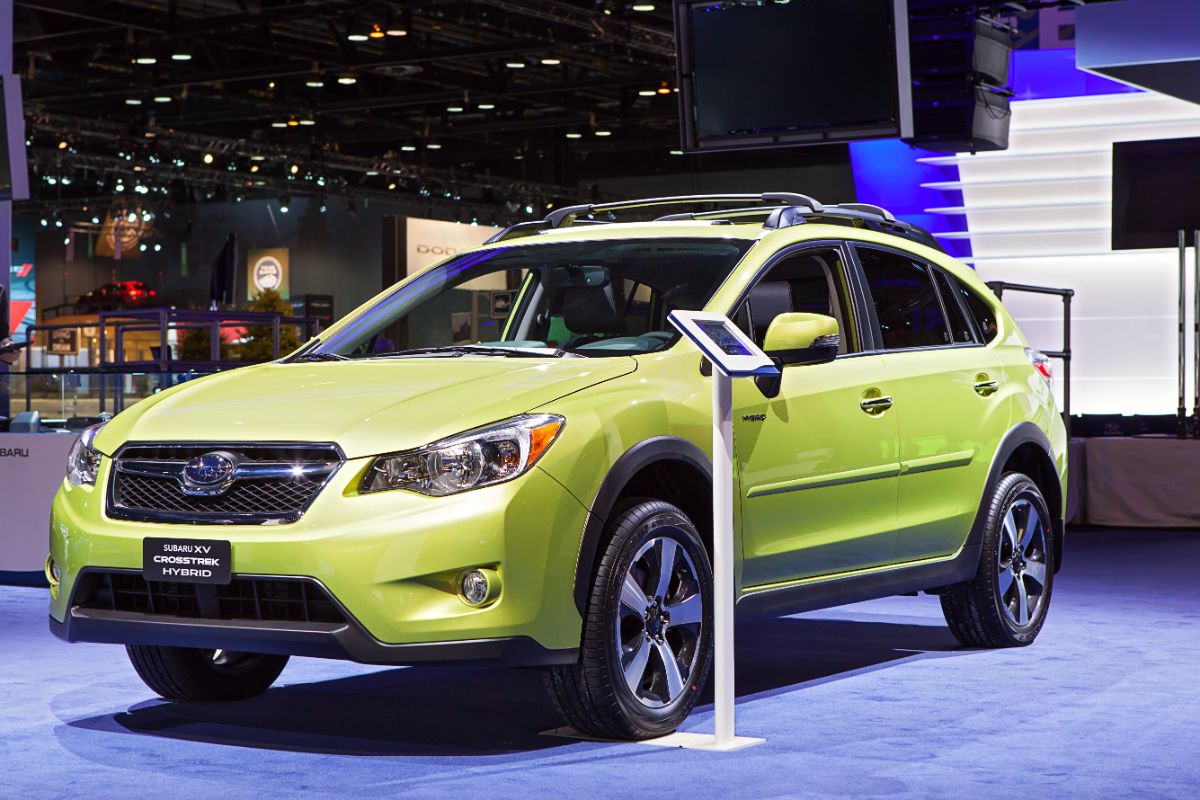 This SUV comes equipped with the Lineartronic CVT as well as the Subaru Intelligent Drive system. Towing a 1,000-pound trailer is no problem for this hybrid, which still has the standard Symmetrical All-Wheel Drive system.

Similar to the 2022 Chevy Trax are the horsepower, roomy cabin, AWD, and seating capacity.

You can buy this five-seater for $35,845 and it has a 17-mile  battery range and an overall range of 480 miles. There’s just one way to get 148 hp, and that’s the only option. It looks beautiful and performs superbly. Higher elevation clearance for better off-road performance, roomy interior, and a pleasurable driving experience are all hallmarks of this vehicle.