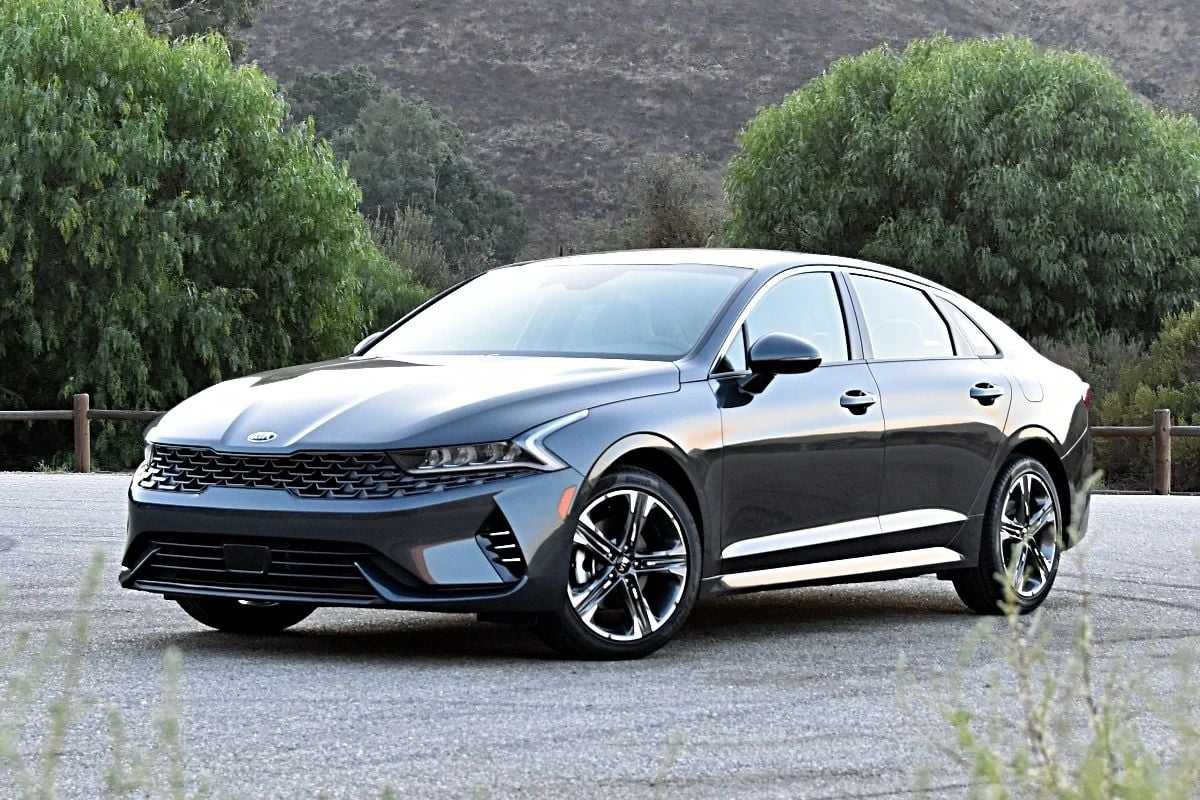 Although the 2022 Kia K5 is marketed as a family car, it hints at a more sensuous character with its enticing exterior design and 290 horsepower engine. Yes, we’re talking about the car that was originally known as the Kia Optima.

The K5 GT comes equipped with a more powerful engine, and the way it spins its tires may either attract or repel potential buyers. The basic powerplant is not particularly objectionable, and it’s the only way to have an all-wheel-drive on the vehicle.

But if you want the all-wheel drive system, it will cost you an additional $1,600 as opposed to being included in a package that cost $3,700 in the previous model year.

Most significantly, the touchscreen system has been upgraded from 8.0 inches to 10.3 inches and comes standard on models with the GT-Line trim level and above.

A new camera system that captures a 360-degree view, power-folding external mirrors, and front parking is being added to both the EX and the GT models. There are a number of cars on the market that are comparable to the Kia K5 that you may choose from. The following is a list of the different options that are available for you to think about.

It comes in a wide range of configurations, ranging from the entry-level trims to a trio of fuel-efficient hybrids to a performance model that squeals its tires.

Although the latter model’s dynamic suspension and 290-horsepower turbo-four engine can make even mundane errands seem more exhilarating, the remainder of the Sonata lineup offers less excitement from the driver’s point of view.

However, the sedan stands out thanks to its impressive array of integrated driver assistance functions and its upmarket cabin is packed with a variety of popular technological innovations.

The Hyundai Sonata’s hard ride is compensated for by its comfortable seats and spacious amenities. The turbocharged 1.6-liter engine in the Sonata provides at least a reasonable amount of acceleration. It can reach 60 miles per hour in 7.3 seconds thanks to a powerful drivetrain. 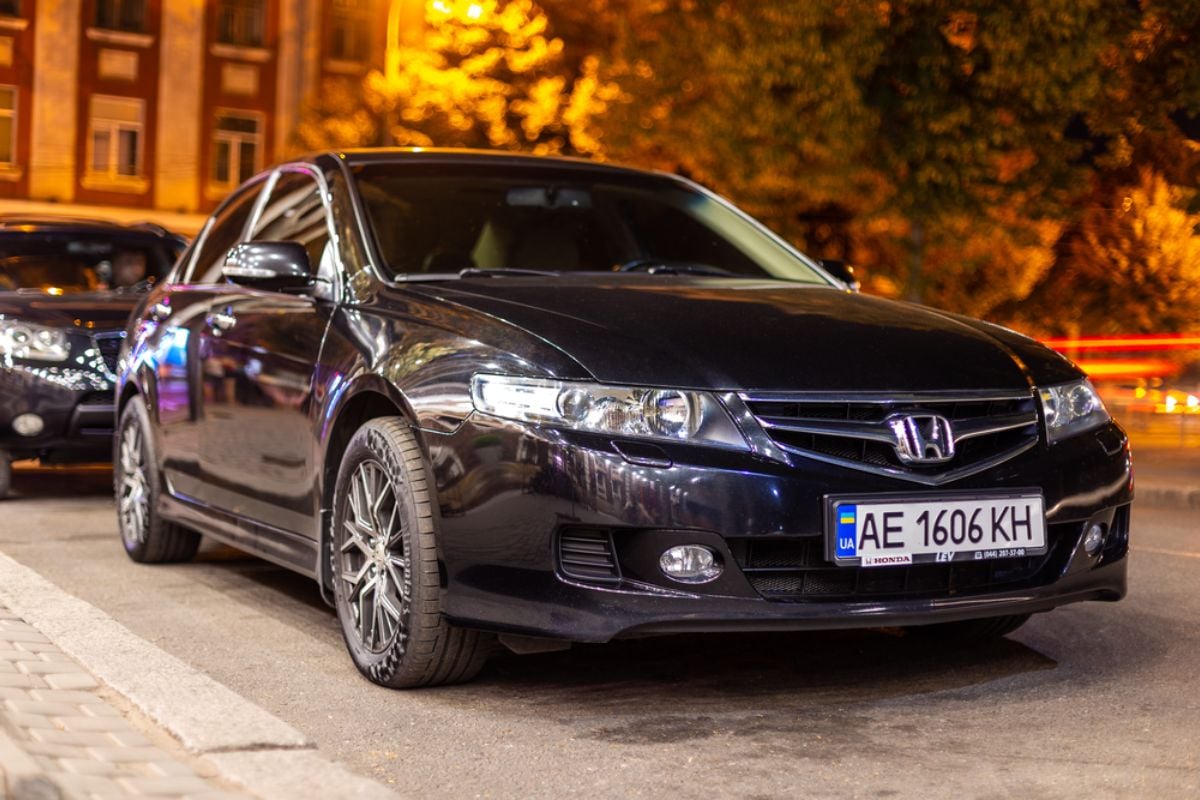 There are 2 turbocharged engines available, in addition to a hybrid engine that may make your typical commute a little bit more environmentally friendly.

The Accord is a wonderful companion for long car trips since it has a capacious trunk and ample room inside for four persons to stretch out and rest in complete ease.

However, the 2.0-liter provides a surge of power that allows the front tires to be readily spun in first gear. There is also the option of purchasing a hybrid, which is propelled by a gasoline engine with four cylinders and two motors.

Related: 13 Cars Similar to the Honda Accord 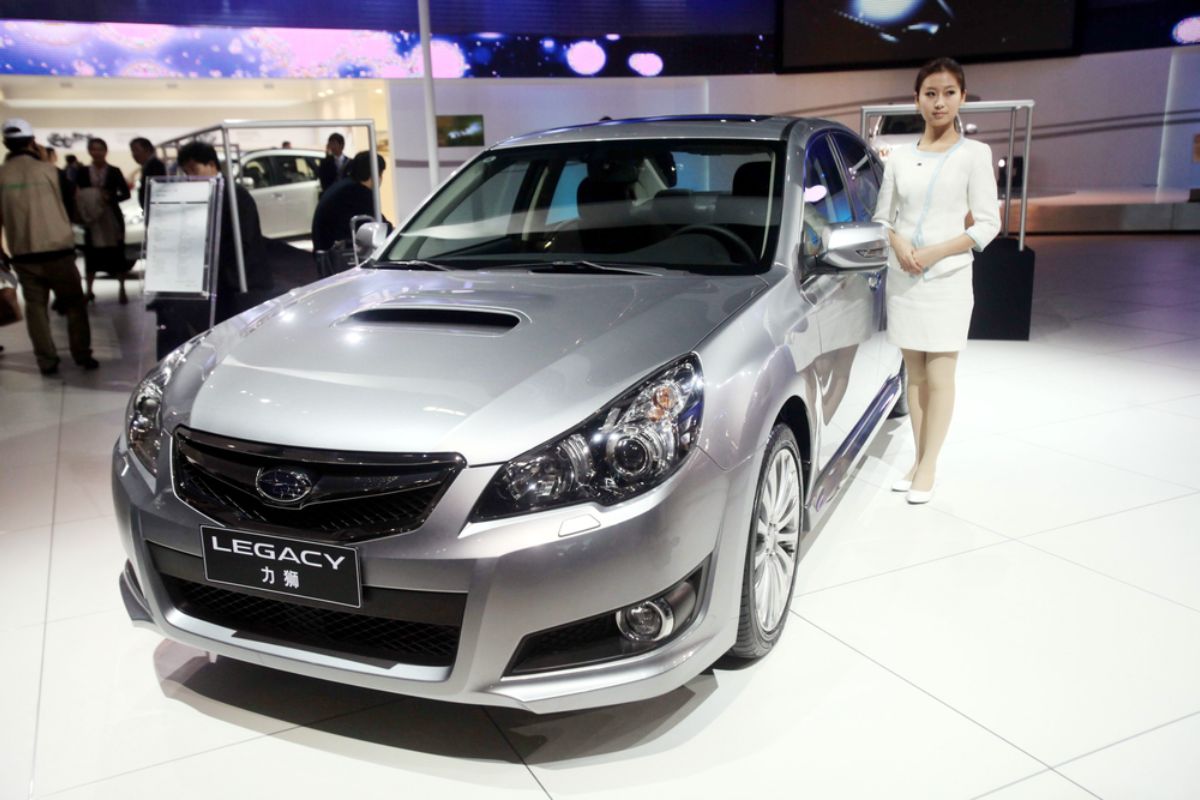 Along with its traditional silhouette, the Legacy has a roomy interior that is loaded with an abundance of safety and driver-assistance technologies, in addition to a plethora of connectivity amenities. The base model is equipped with a four-cylinder engine of 2.5 liters and produces 182 horsepower.

Both the Limited XT and the Touring XT come standard with a turbocharged 2.4-liter engine that produces 260 horsepower. All variants of the Legacy come standard with all-wheel drive as well as a continuously variable automatic transmission (often abbreviated as CVT). 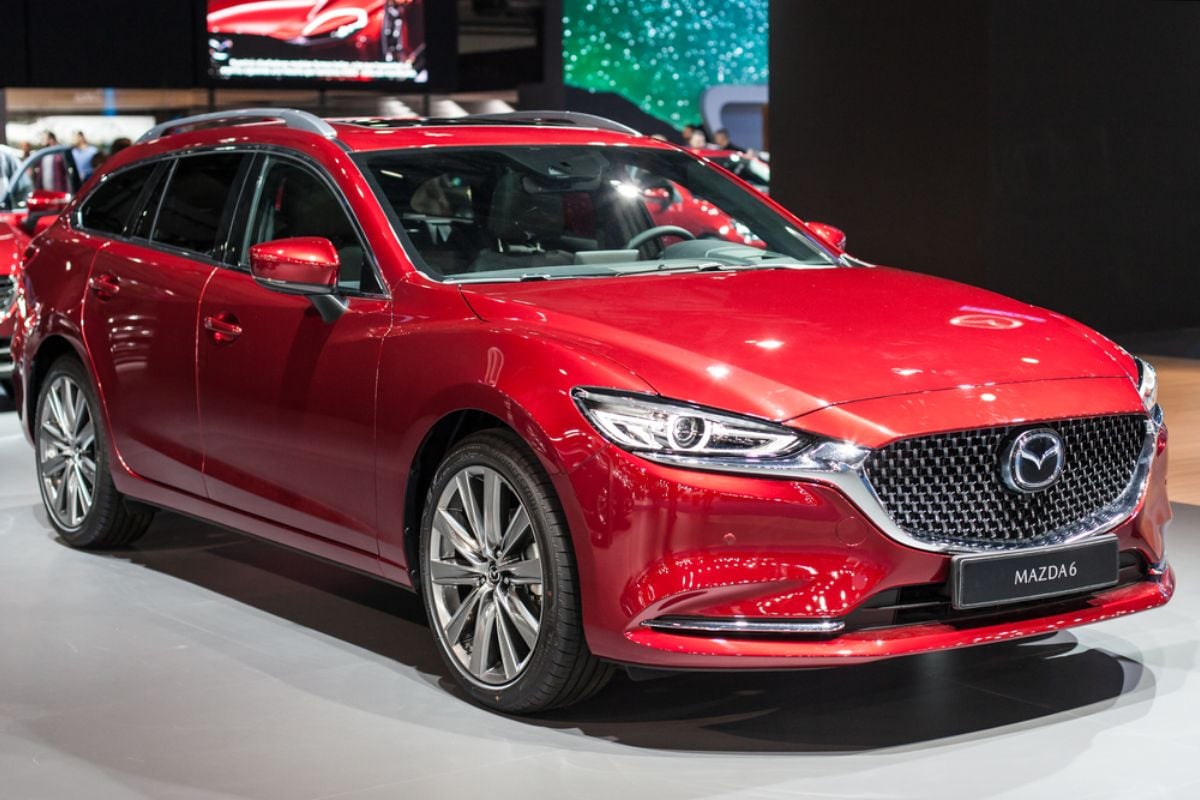 The 2021 Mazda 6 is not only the most attractive family car, but it also provides a more pleasurable driving and riding experience than the vast majority of its competitors. Even if the Mazda is not quite as faultless as the Kia K5, it unquestionably provides a more luxurious experience than either of those other two top-tier choices.

Even though neither its 2.5-liter four-cylinder engine nor its much more powerful turbo variant is very exciting, and even though there is not yet an eco-friendly hybrid model available, the 6 manages to drive with a blend of agility and smoothness that enhances its appeal.

The Mazda 6, in contrast to the vast majority of other mid-size options, does not have a hybrid variant. Despite this, Mazda offers an option between two quick four-cylinder engines displacing 2.5 liters each.

The standard engine it comes with produces 187 horsepower, while the turbocharged engine that can be purchased as an option produces up to 250 horsepower. The turbo 2.5-liter engine added 10 pound-feet of torque, bringing the total output up to 320 pound-feet; however, to get this level of performance, you will need to use premium gasoline. 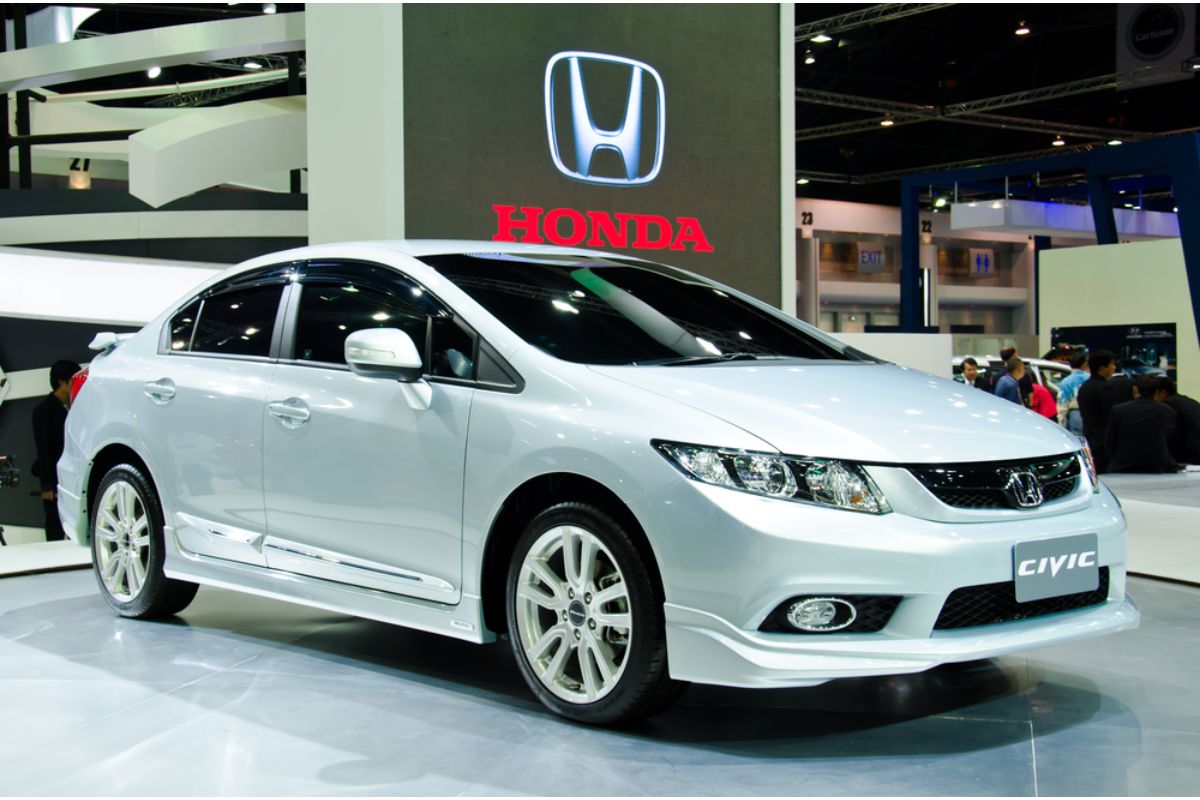 While Honda has completely rethought every other aspect of the new Civic, the company has opted to keep the same engine choices that were available in the previous version of the vehicle.

The 2.0-liter four-cylinder powertrain that produces 158 hp is standard equipment on the base models. The turbocharged 1.5-liter four-cylinder engine that formerly produced 170 hp is now rated at 180 hp. Only a front-wheel-drive version of the 2022 Honda Civic is available to customers.

The inside of the 2022 Civic has been redesigned to have a more minimalist appearance, with smoother lines and a dashboard that has a honeycomb-patterned mesh unique design that spans the whole width of the dashboard while ingeniously concealing the air vents. 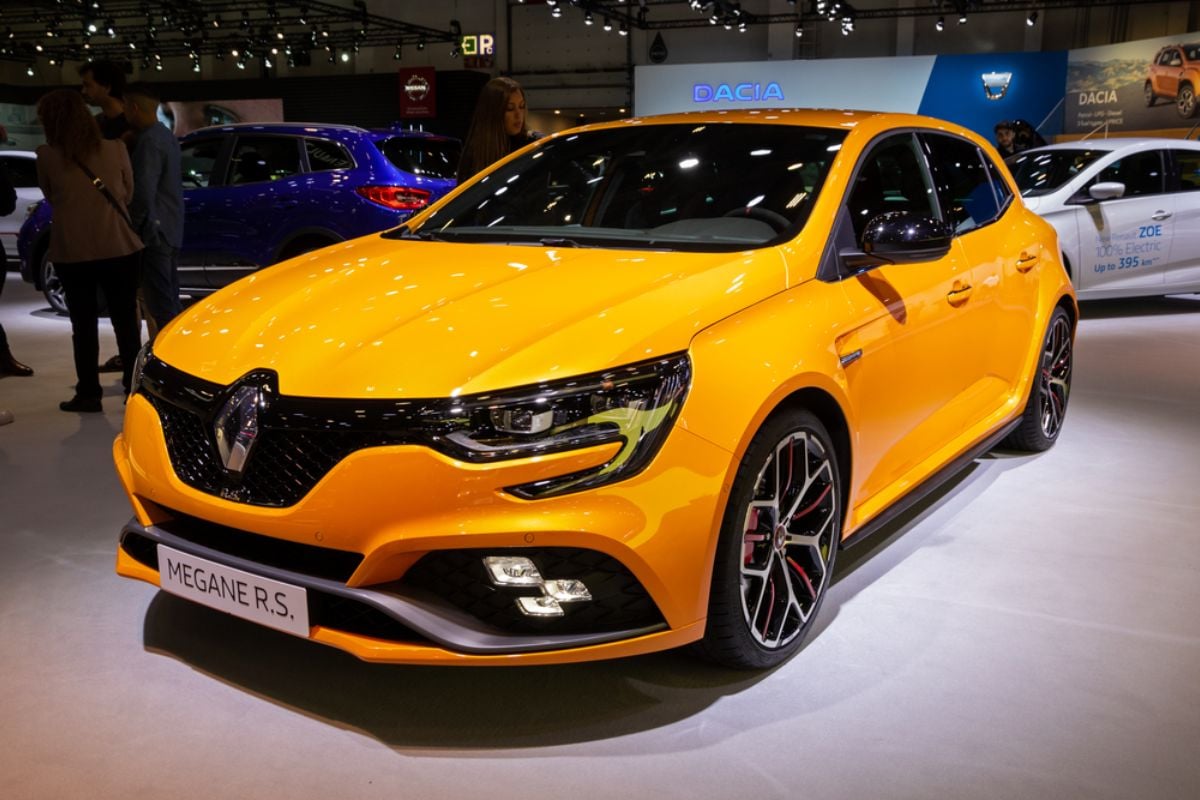 The Renault Megane is a family vehicle that has a sporty appearance and is comfortable as well as simple to operate. Because the inside of the Renault Megane seems less complicated than that of most competing models, it is not difficult to find most of the controls.

In addition, higher-end vehicles are equipped with an entertainment system that’s laid up in the portrait orientation, much as those seen in more costly Volvo automobiles.

The remainder of the cabin is neatly put together, plus there are some silver touches scattered around to break up the color palette, which is generally all black.

Even though the Renault Megane formerly ran on diesel and a gasoline engine, those models are no longer available. Instead, the sole engine option is a plug-in hybrid. There is a 1.3-liter petrol engine with 138 horsepower that is designated as the TCe 140, in addition to a diesel engine with a logo reading dCi 115.

It should come as no surprise that the gasoline-powered version is easier to use than its rival, and it is also noticeably quicker. Getting from 0 to 62 miles per hour takes 9.4 seconds for the TCe 140, whereas it takes 11.1 seconds for the diesel dCi 115. The E-Tech variants are the most powerful, and they’re also very heavy. 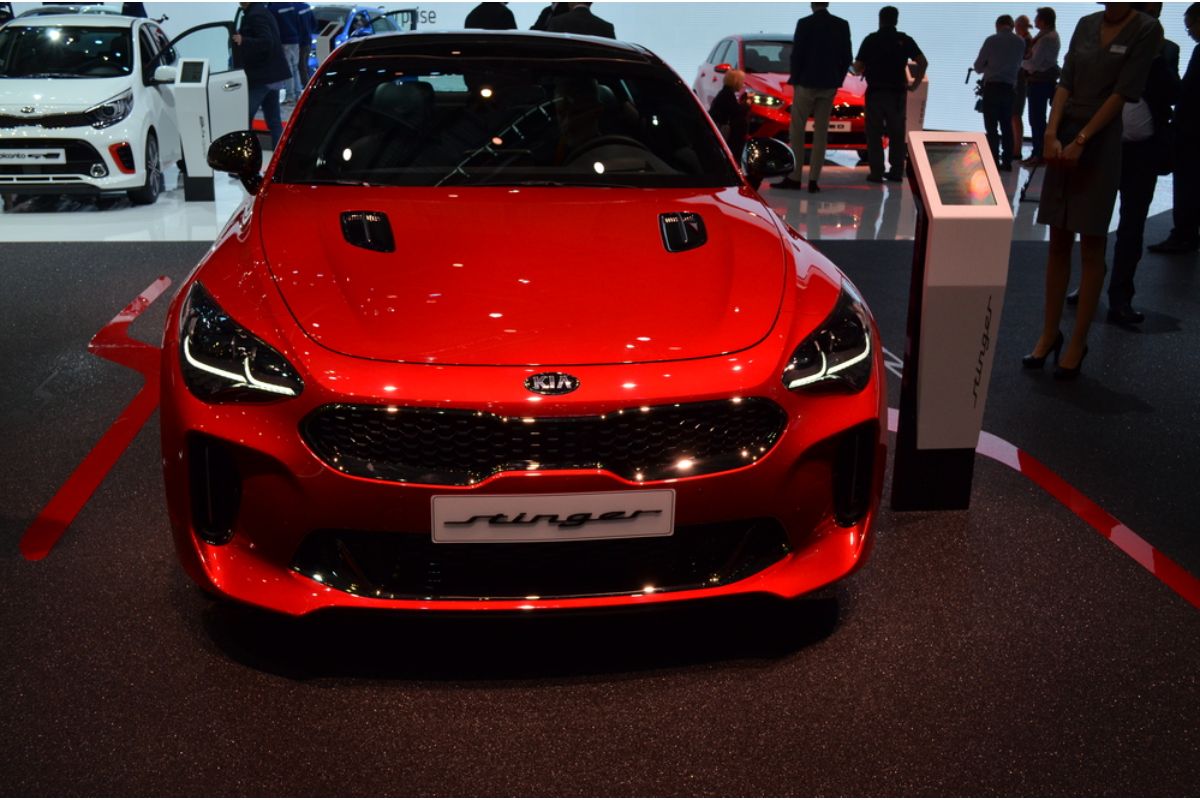 Kia’s large sports car, the 2022 Stinger, has lofty aspirations to compete with the automobile elites. When compared to comparable vehicles in its class, such as the Kia K5, the Kia Stinger has a very comparable quality appearance and feel in addition to tons of driving pleasure, which makes it an excellent choice for enthusiasts who are on a limited budget.

The power output of the brand-new engine is a robust 300 horsepower. The available twin-turbo 3.3-liter V-6 gets a minor power boost, going from 365 horsepower to 368 horsepower as a result of a new dynamic exhaust system.

Updated external lighting features, new wheel styles, as well as wider exhaust tips are some of the aesthetic enhancements that have been made. On the inside of the Kia Stinger, all of the components have been updated, there are redesigned metallic trim elements, adjustable ambient illumination, and even a bigger 10.3-inch infotainment screen. 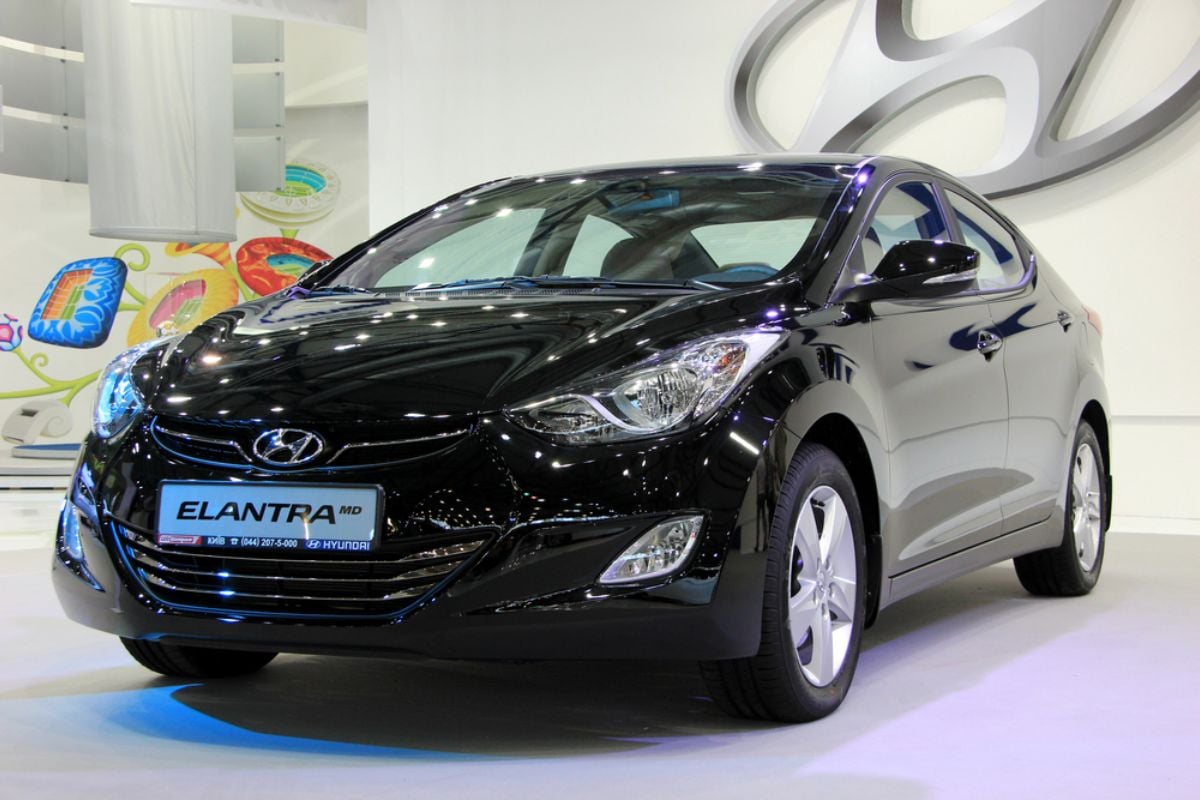 The distinctive appearance of the 2022 Hyundai Elantra makes it stick out in a crowd, but hidden behind its beautifully creased sheet metal is a tiny vehicle that is both roomy and well-suited for everyday use.

Its inside is outfitted with a comparable futuristic look, and it offers several high-end goodies, particularly on the high-end trims, which aid with the wow effect.

The base model comes standard with a four-cylinder engine producing 147 horsepower and connected to an automatic gearbox. Upgrades to a hybrid drivetrain as well as a turbocharged four-cylinder producing 201 horsepower are available as options, though.

The inside of the Elantra is styled in a manner that is consistent with its forward-looking appearance and striking exterior. Whereas the dashboard and central panel are designed to completely encircle the driver, the passenger compartment has a more understated layout. 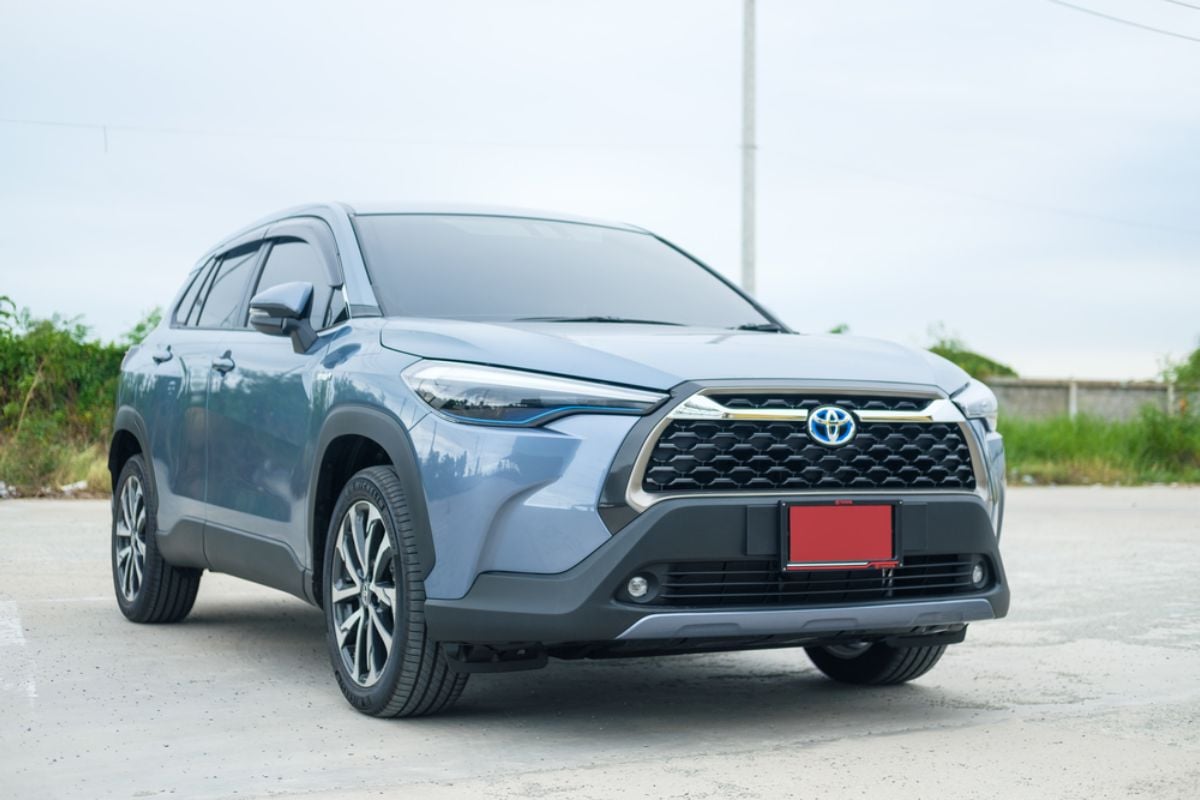 One great alternative for the Kia K5 is the Toyota corolla 2022. This is a small automobile that is available, and it is priced affordably, while still being stylish, and it is filled with integrated safety technologies.

The Toyota Corolla may not be as much fun to drive as some of its competitors like the Kia K5, but it offers a more pleasant ride quality and a selection of sportier variants of its own.

Except for the more athletic SE and XSE trim levels, the Corolla sedan is powered by a 1.8-liter four-cylinder engine that produces 139 horsepower and is mated to a continuously variable automatic transmission (CVT).

The variants with more pep come standard with a 2.0-liter four-cylinder engine that produces 169 horsepower and is paired with either a continuously variable transmission (CVT) or a six-speed manual transmission. 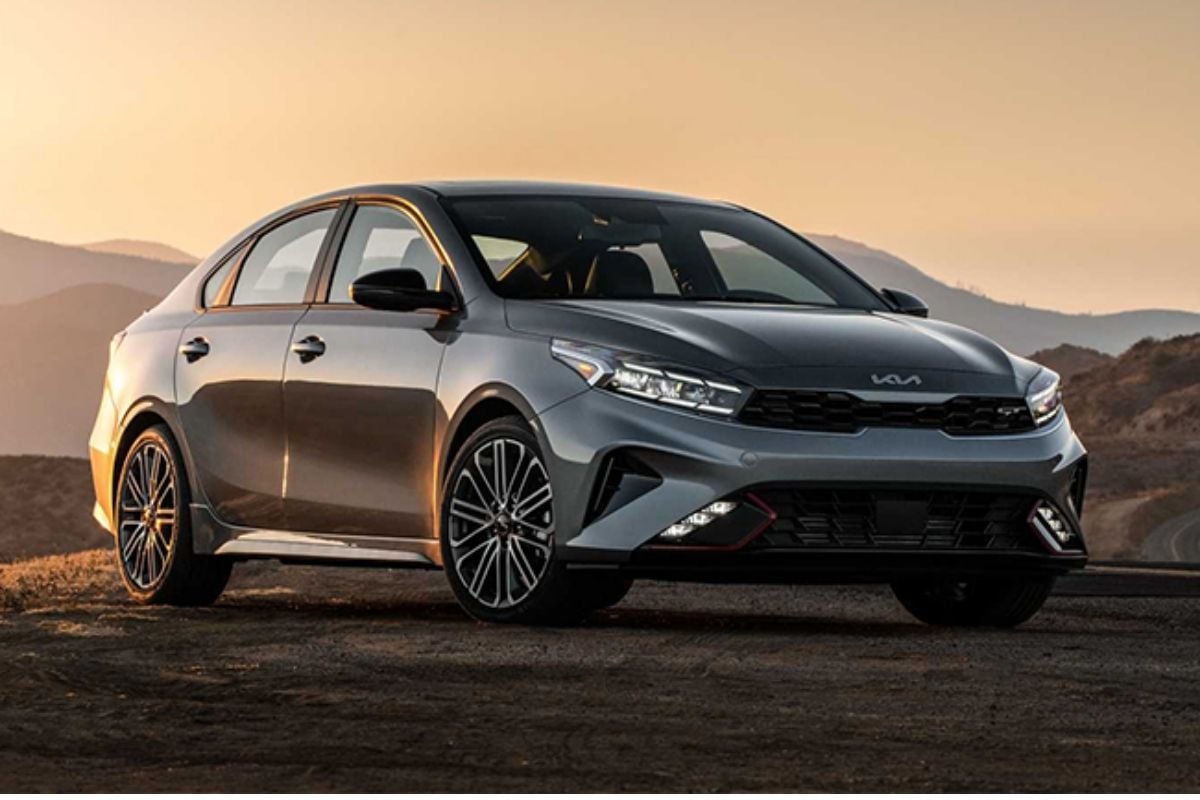 A new style will be introduced for the 2022 Kia Forte, complete with redesigned front/rear bumpers, a redesigned grille, improved external lighting features, as well as new wheel designs. Inside, there is a new infotainment touchscreen that measures 10.3 inches and a range of new driver-assistance systems that have been upgraded.

The available adaptive cruise control system now has a function that utilizes navigation data to modify performance depending on stated speed restrictions, and it may also slow the vehicle down in readiness for bends.

The 2022 Nissan Altima is a completely capable mid-size sedan that bridges the gap between the less desired options in the market and the more desirable ones.

It is available in both front-wheel-drive and all-wheel-drive configurations. The Nissan Altima is a midsize car that provides a generous amount of space thanks to its open cabin and roomy trunk. In addition, the rear seats can be split in a 60/40 configuration so that additional space can be created when necessary.

Even though its additional capabilities are not strictly essential, the all-wheel-drive system that is offered on it is a popular choice among customers.

All-wheel-drive, on the other hand, is incompatible with the mediocre conventional four-cylinder motor of the Altima; as a result, prospective purchasers who are also enticed by the more potent VC-Turbo engine option are out of luck.

Even though it does not offer a hybrid or plug-in hybrid version like some of its competitors, the Altima is nevertheless notable for its low fuel consumption.

When you combine it with its many other appealing qualities, you have an excellent automobile that the vast majority of people will find to be satisfying. The Altima is equipped with a four-cylinder, 2.5-liter engine that generates 188 horsepower. 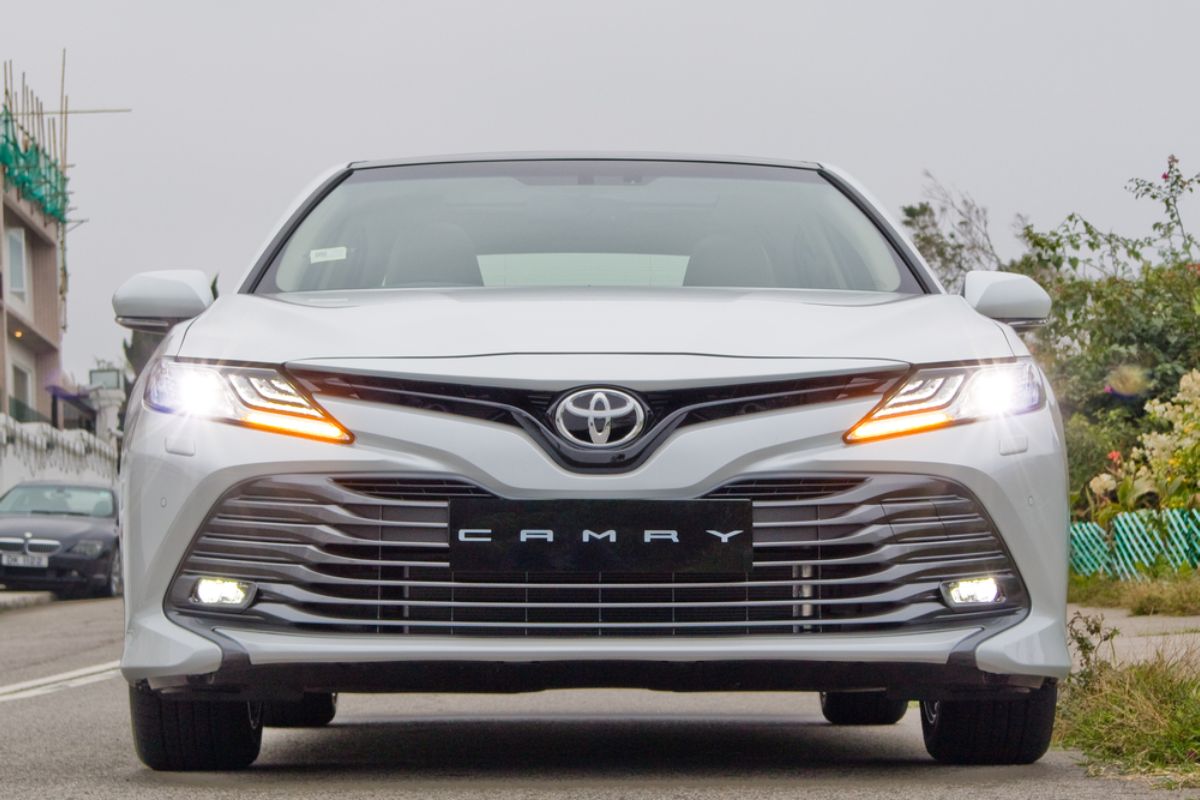 The base vehicle is equipped with a four-cylinder engine that is both fuel-efficient and adequate for use as a daily car. Even though it has a more sedate speed, the hybrid model achieves the best possible fuel efficiency. You can only get it with the 301-horsepower V-6 and the eight-speed automatic transmission.