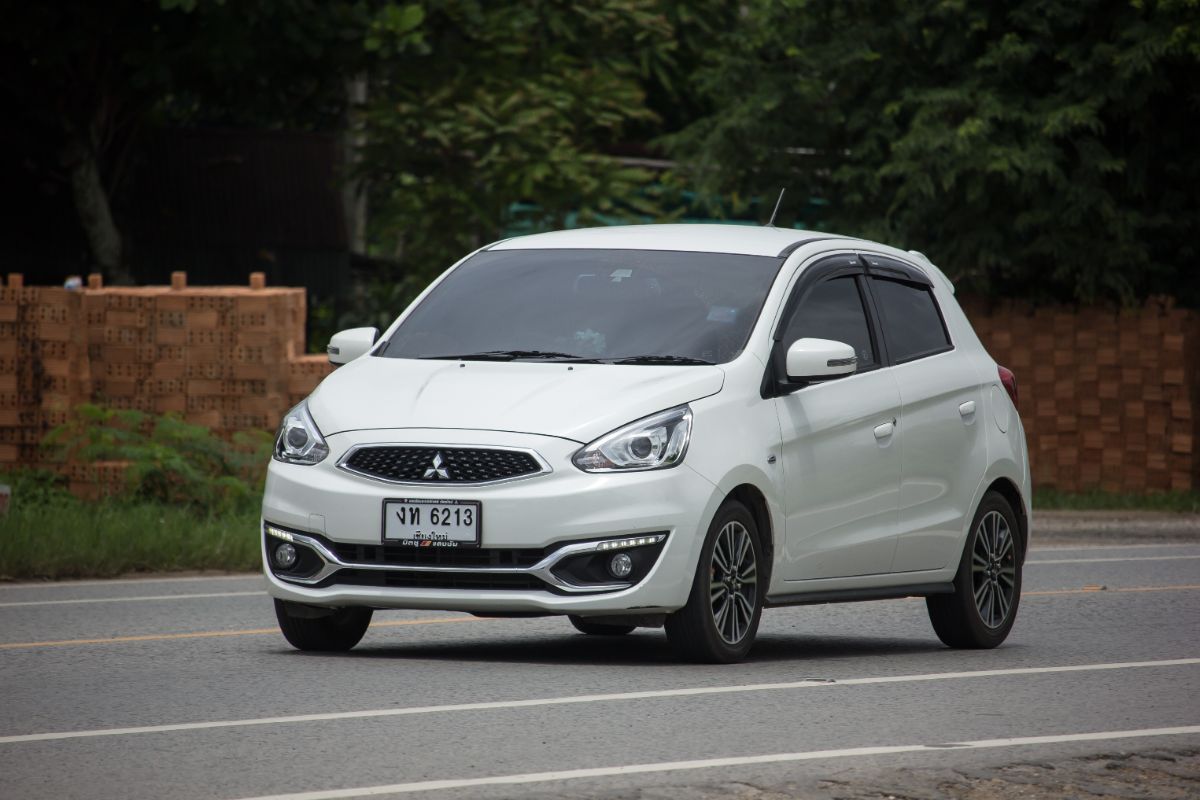 You can only find a few cars you can purchase for under $20,000 on today’s market. Even used cars are selling at or near the price they sold for new ones a couple of years ago. So, finding a vehicle that you can afford that gets great mileage and works fine as a primary or secondary car is excellent.

The Mitsubishi Mirage has an affordable price, especially for a new car. However, Mitsubishi is not the only company that makes small, affordable hatchbacks that get high gas mileage.

The Mitsubishi Mirage is one of the most affordable small cars and has a starting MSRP of $14,645. Powered by a 1.2 L 3-cylinder, it also has one of the smallest motors. As a result, the output of this little 3-cylinder is 76 horsepower and 74 pound-feet of torque, and the Mirage returns one of the lowest 0-60 times of any production car at just 12 seconds flat.

Power is sent to the front wheels via a five-speed manual on the ES 5MT. However, other models are equipped with a CVT automatic transmission. Fuel mileage is where the Mirage excels and returns 36 city/43 highway and 39 combined miles per gallon and is the same on all four trim levels, as they share the same powertrain.

See also  What is the Typical Profit Margin on Sports Cars?

Mitsubishi claims that the Mirage sedan and hatchback are five-seaters. However, it would be best if anyone sitting in the rear seat was on the smaller side.

Cars most similar to the Mitsubishi Mirage

The first three cars on this list are more like the Mitsubishi Mirage than the others are, and each has its own personality. 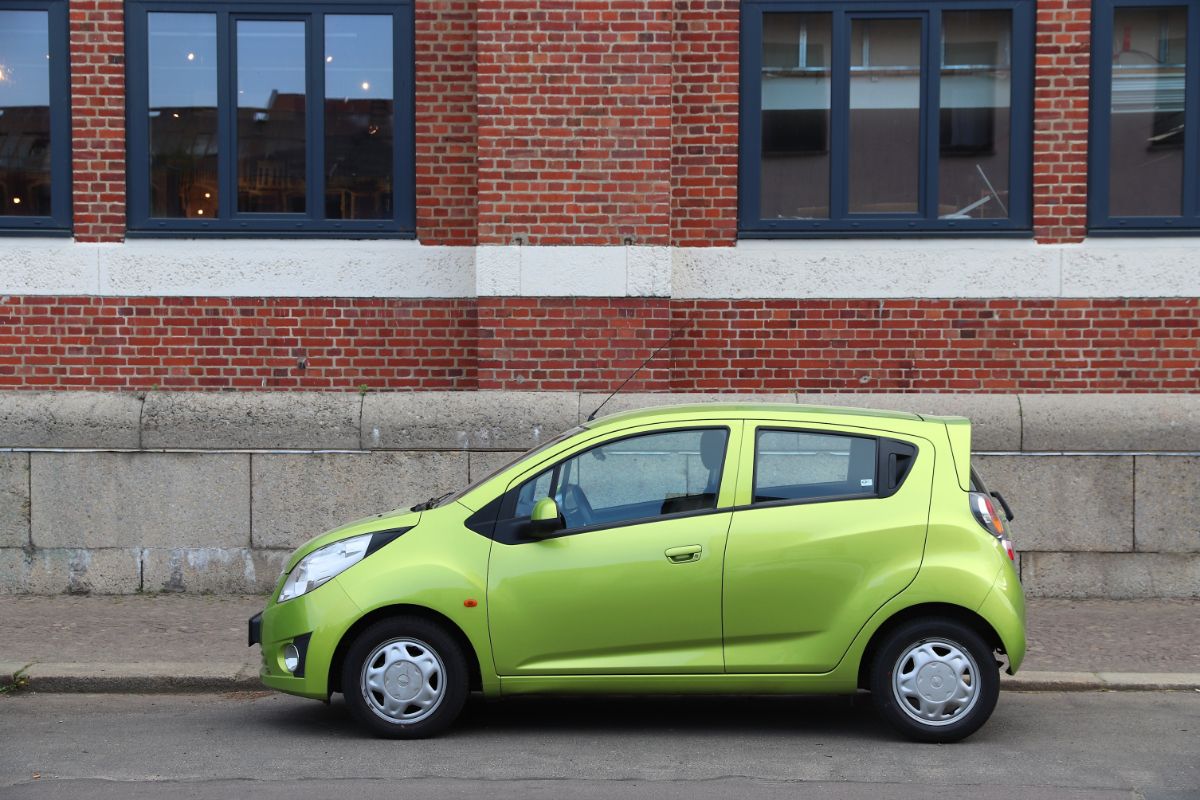 With a starting MSRP of $13,600, the Chevrolet Spark has a lower starting price than the Mirage. When equipped with a 5- speed manual, it returns 29 city and 38 highway miles per gallon. So, it is the most similar car to the Mirage in size, price, and overall fuel mileage.

Powered by a 1.4 L ECOTEC 4-cylinder engine that develops 98 horsepower and 94-pound feet of torque, the Spark has a little more standard power than the Mirage. As a result, the 0-60 time for the Spark is very leisurely, 10.7 seconds, making it a bit faster than the Mitsubishi, but not by far.

However, these are not roadsters. Instead, they are entry-level cars with enough space to carry a few passengers, groceries, and for trips about town. 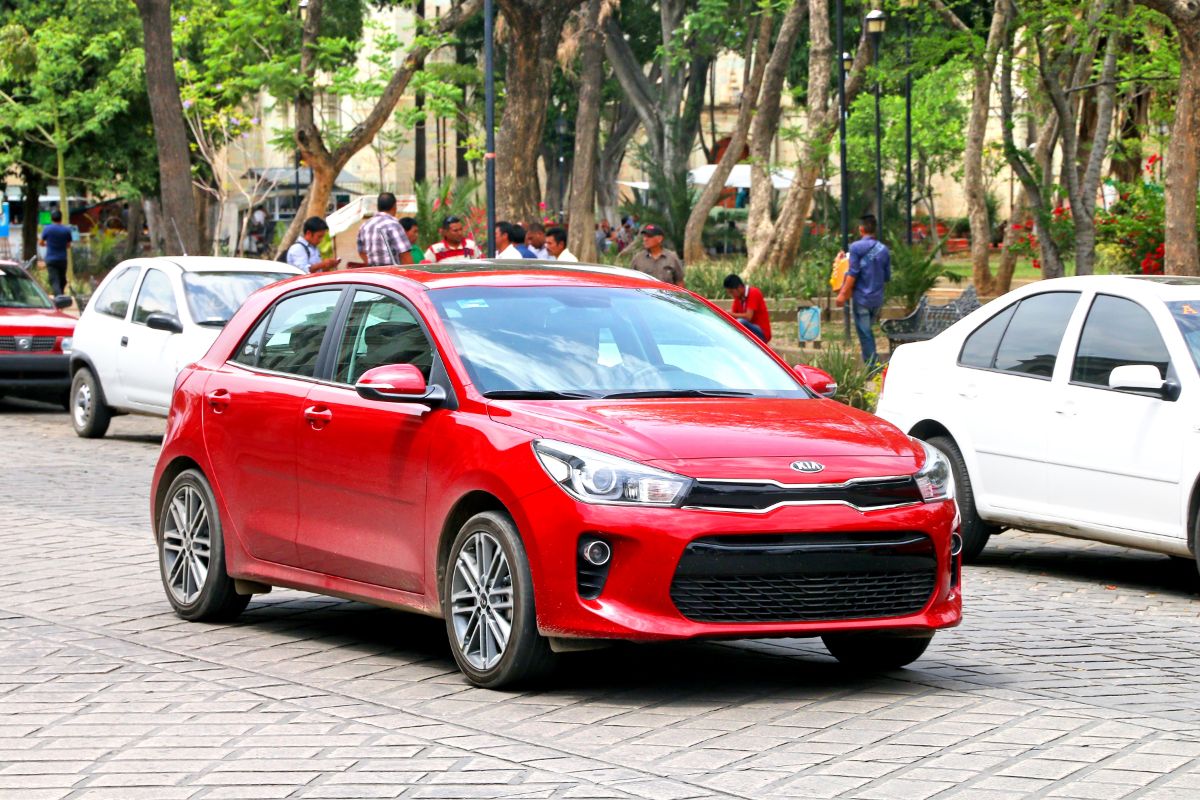 Like the Mirage, the Rio HB S is a little larger, more powerful, and seats five. It, like the Mirage, is available as a five-door hatchback but is offered in only one trim level, the S.

See also  11 Cars Similar to the Audi A7

The ability to lay the seats flat gives you plenty of cargo space for objects that are tall or long. The Rio is a lot of car for the price and has more power than the Mirage. 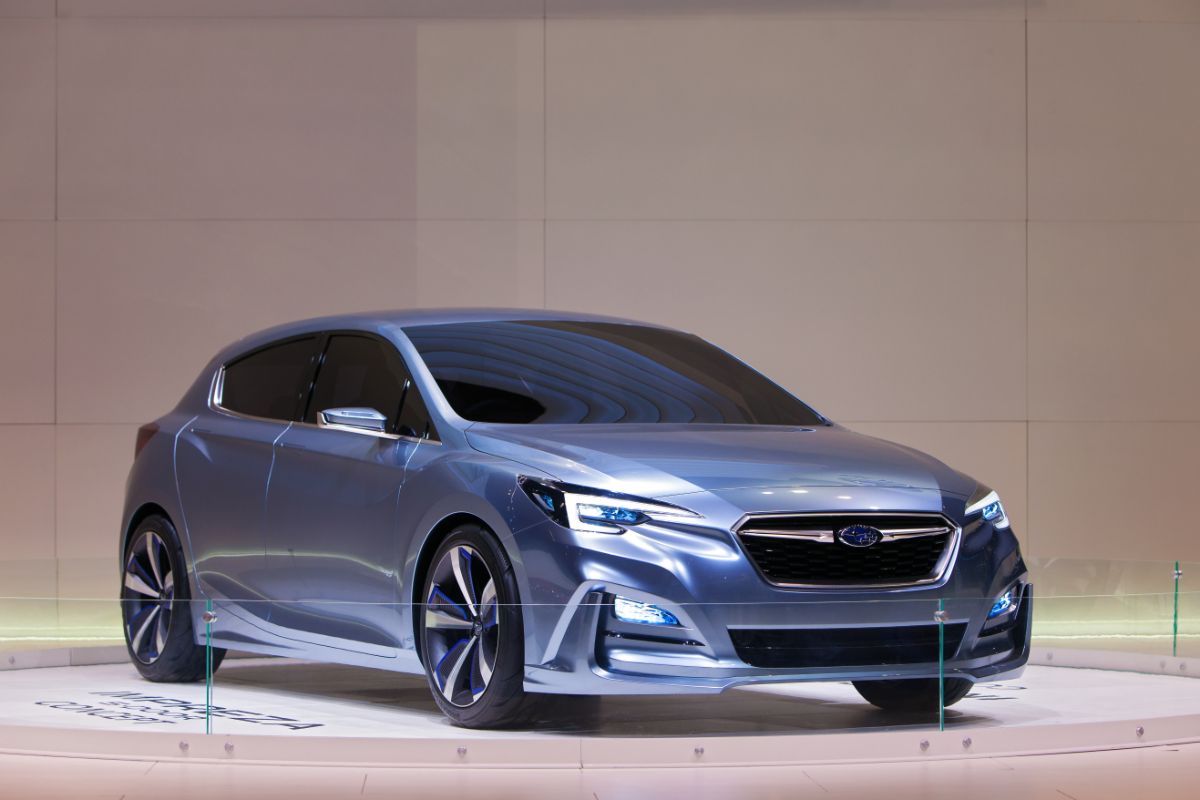 Priced a little higher than the Mirage, the Impreza is a similar 5-door hatchback with a starting MSRP of $19,795 for the base model. But, of course, with a Subaru Impreza 5-door, you get the dependability of a Subaru with all-wheel drive at a price not much higher than a fully loaded Mirage.

A 2.0 L 4-cylinder Subaru Boxer engine that produces 152 horsepower and 145-pound feet of torque is used on every trim level. The power of the Impreza goes to all four wheels via a 5-speed transmission. However, a CVT transmission is available on the base Impreza 5-door.

Fuel mileage for the Impreza 5-Door is 23 city and 31 highway miles per gallon. In addition, it will run from zero to 60 mph in 9.2 seconds, which is better than the Mirage hatchback’s time.

Other cars similar to the Mitsubishi Mirage

Very few new cars sell for under $20,000. However, several other hatchbacks on the market are similar to the Mitsubishi Mirage. A couple has prices comparable to the Mirage for what you get. In contrast, others have prices much higher than that but are similar in form and function. 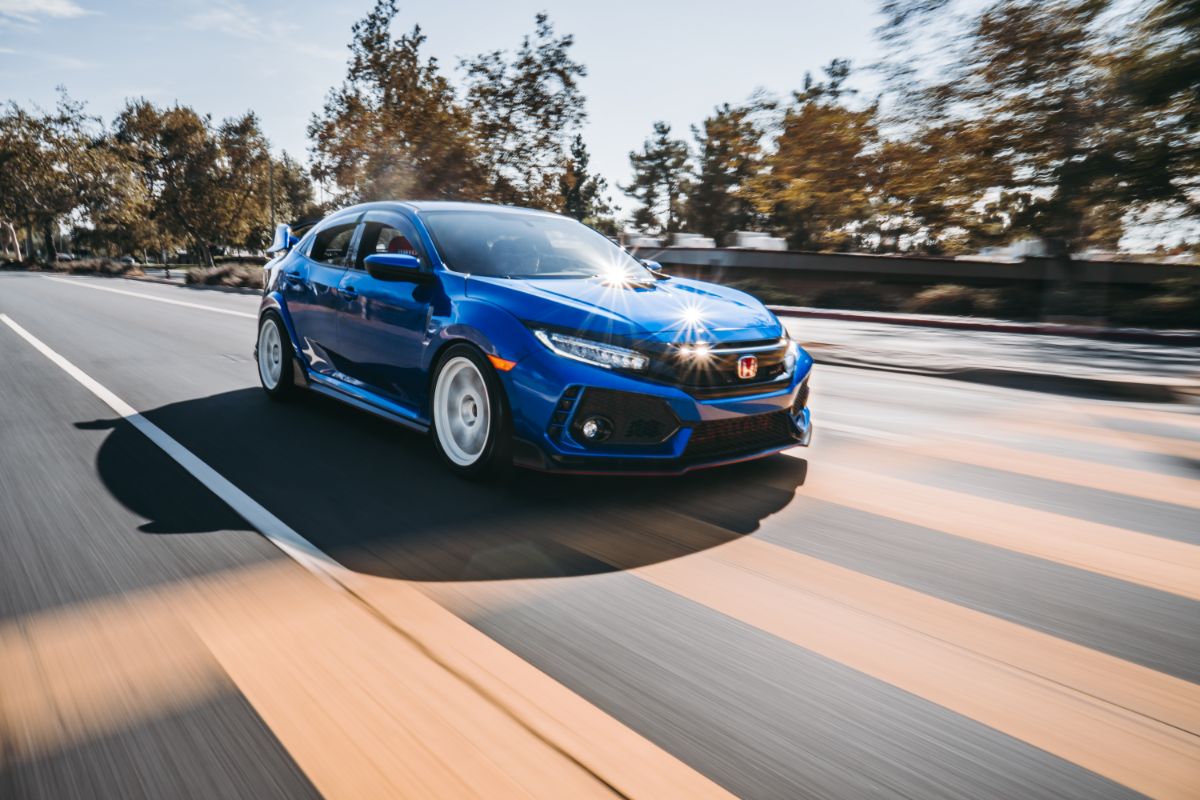 The Honda Civic Hatchback has a starting MSRP of $23,550, which puts its price considerably above the Mirage. However, it is similar to the Mirage, as they are both 5-door hatchbacks.

The Civic HB, though, has almost twice the power of the Mirage, and it is a Honda. In addition, the Civic HB has seating for five and a versatile five doors.

Powered by a 2.0L 4-cylinder that produces 158 horsepower, the Honda Civic HB can make it from zero to 60 in 8.2 seconds. So, if you are driving the freeways, the Honda Civic has the power to make entry and exit safely on your freeway drives. Fuel mileage for the Civic HB is 30 city/38 highway and 33 combined miles per gallon. 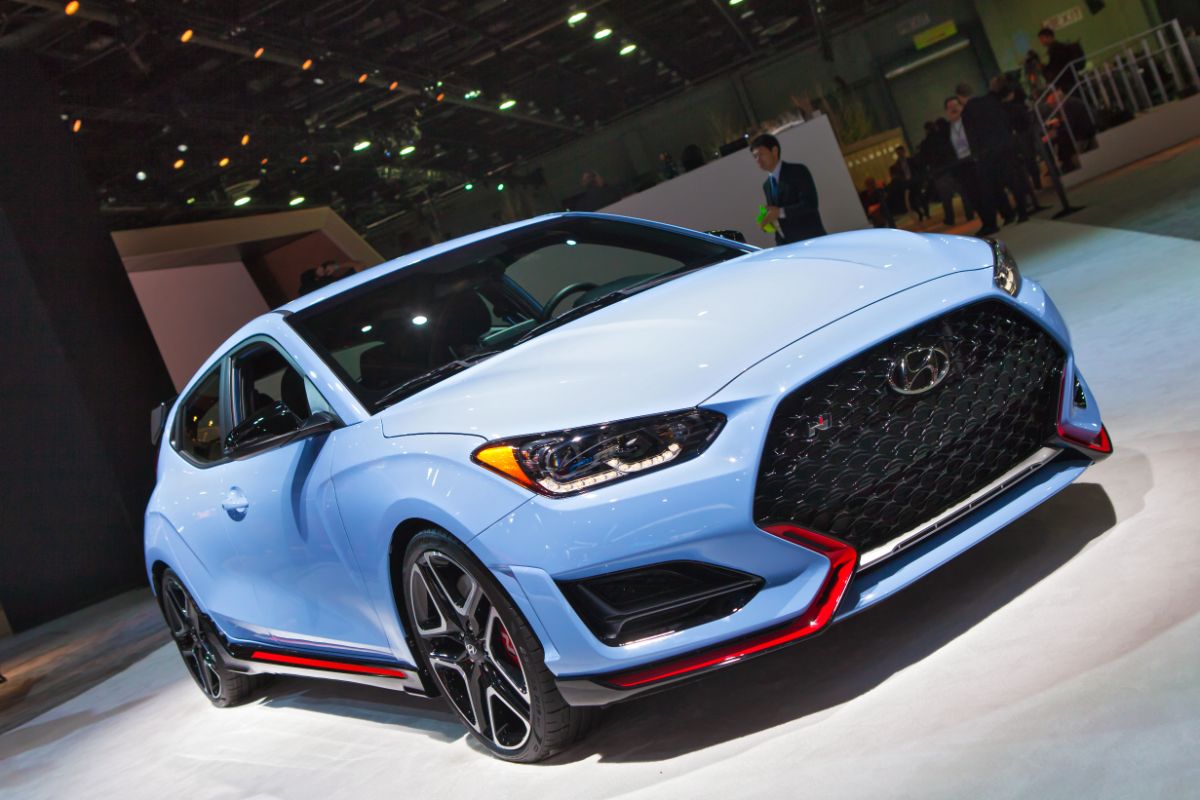 Another hatchback, however, is where any similarity to the Mitsubishi ends. The Veloster N is a sports car by any other definition. Power comes from a turbocharged 2.0 L 4-cylinder that produces 275 horsepower.

Power is directed to the front wheels via a six-speed manual transmission. The zero to 60 time for the Veloster N is 5.1 seconds. The fuel mileage of the Veloster N is 22 city/28 highway and 25 combined miles per gallon. That’s not bad for a car this quick, and 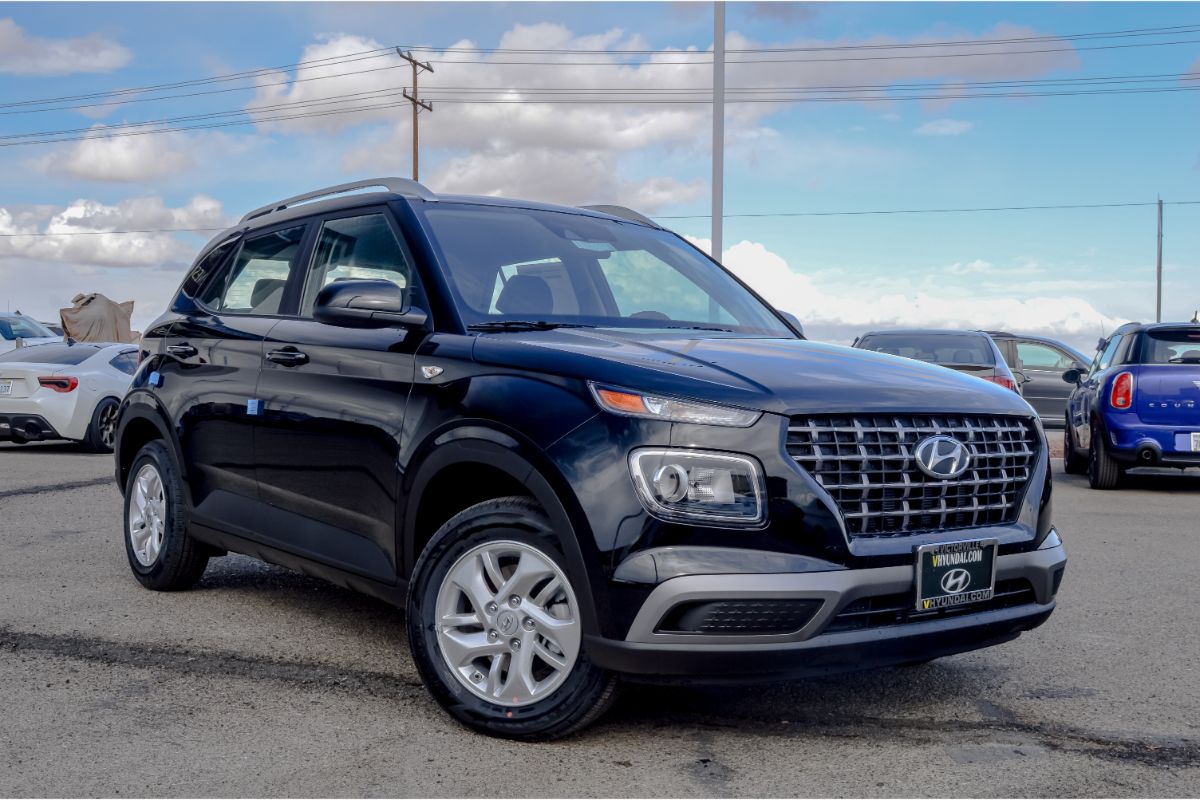 However, like the Soul, the Hyundai Venue is a crossover. However, it has a similar price to the Mirage hatchback, has five doors, and seating for five. The starting MSRP for the Venue is $19,000 and increases to $22,250 for the Limited. The mid-pack SEL has a starting MSRP of $20,750.

All trim levels of the Venue are powered by a 1.6 L 4-cylinder that produces 121 horsepower and 113-pound feet of torque. Fuel mileage is 29 city/33 highway and 31 combined miles per gallon. 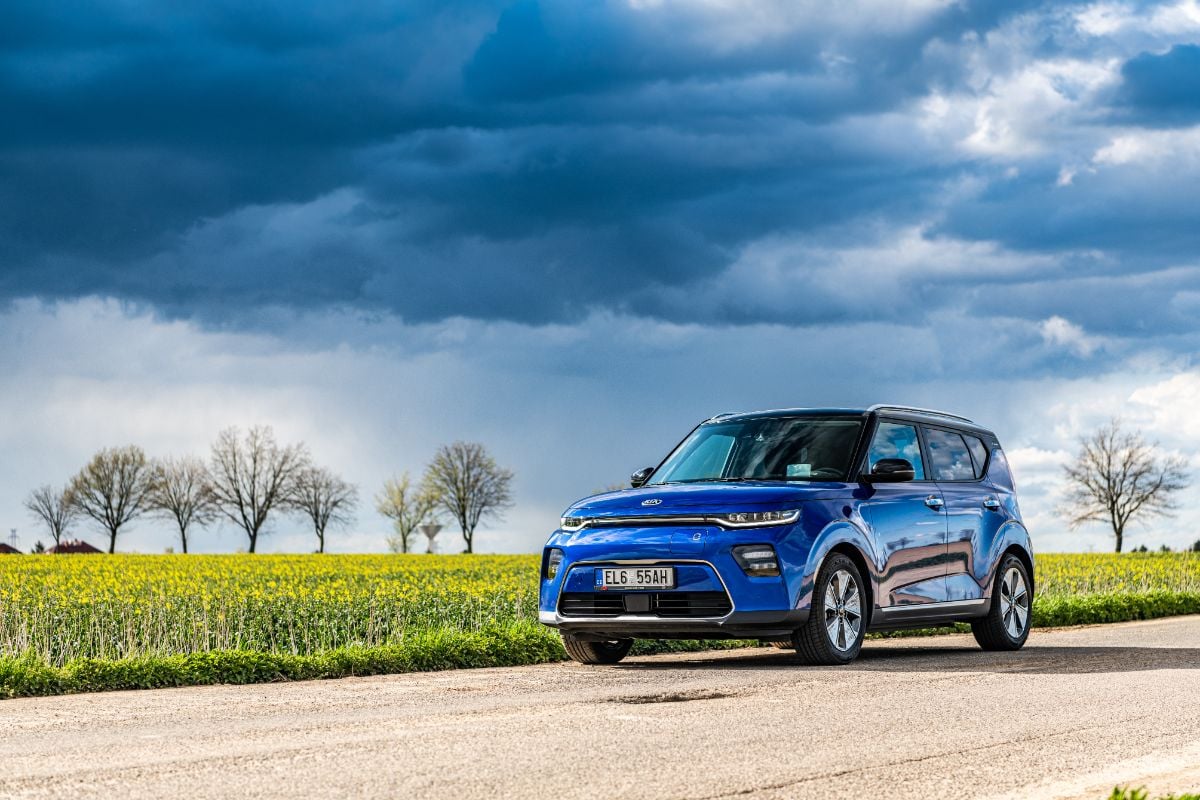 The Soul LX is not a hatchback. Instead, it is a crossover with five doors, five seats, and a starting MSRP of $19,290. It is the least expensive of the six trim levels and is available with two powertrains. The Kia Soul Turbo is on the high end of the range, which has a starting MSRP of $27,890.

The turbocharged 2.0 liter develops 201 horsepower and 195-pound feet of torque. This power can take the Soul Turbo to 60 mph in 6.4 seconds from a standstill.

Fuel mileage for the Kia Soul LX is 28 city/33 highway and 30 combined miles per hour. 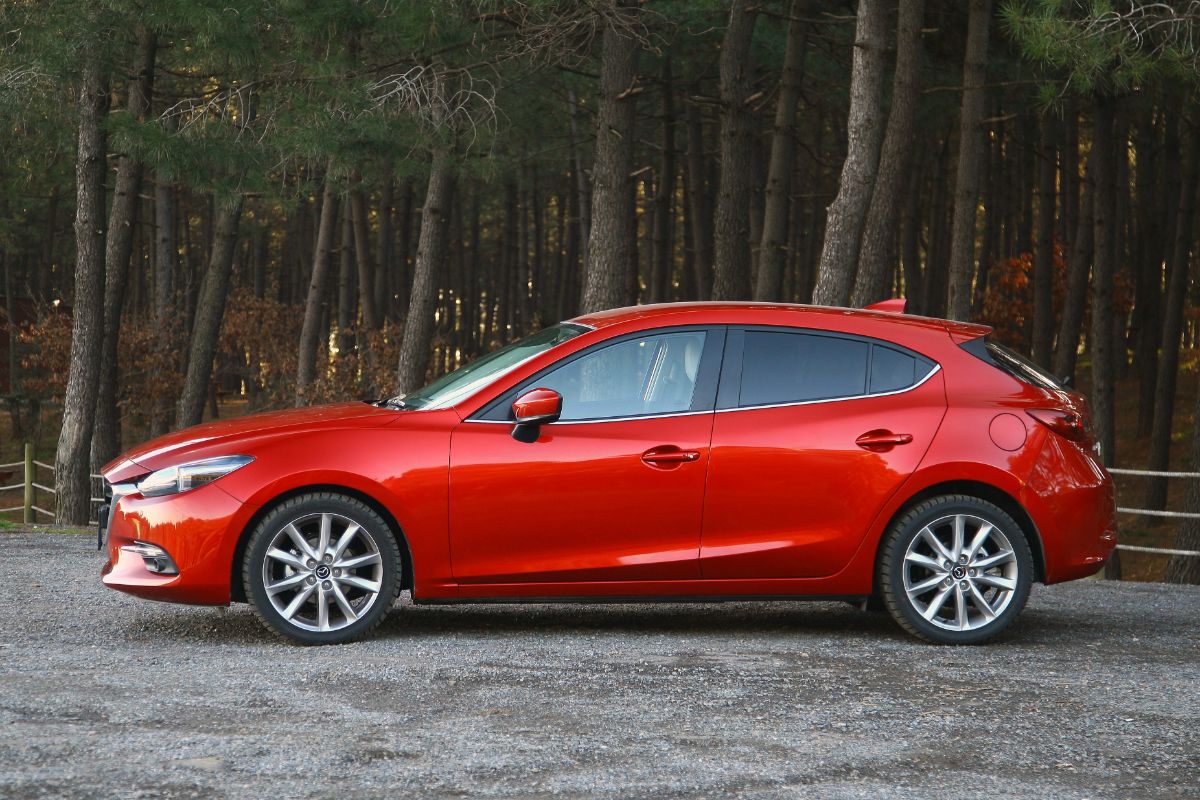 Although it is not much larger than the Mirage, the starting MSRP of the 2.5 S Hatchback is $23,100, and the highest-priced model, the 2.5 Turbo Premium plus, has a starting MSRP of $34,750. It is similar to the Mirage only because it is a hatchback, because its price and abilities set it apart from the Mirage.

The base SkyActiv 2.5L 4-cylinder produces 186 horsepower. The Mazda 3 can run from zero to 60 in 6.9 seconds when equipped with this engine. The 2.4 liter produces 227 horsepower with regular fuel when turbocharged and 250 with premium fuel. 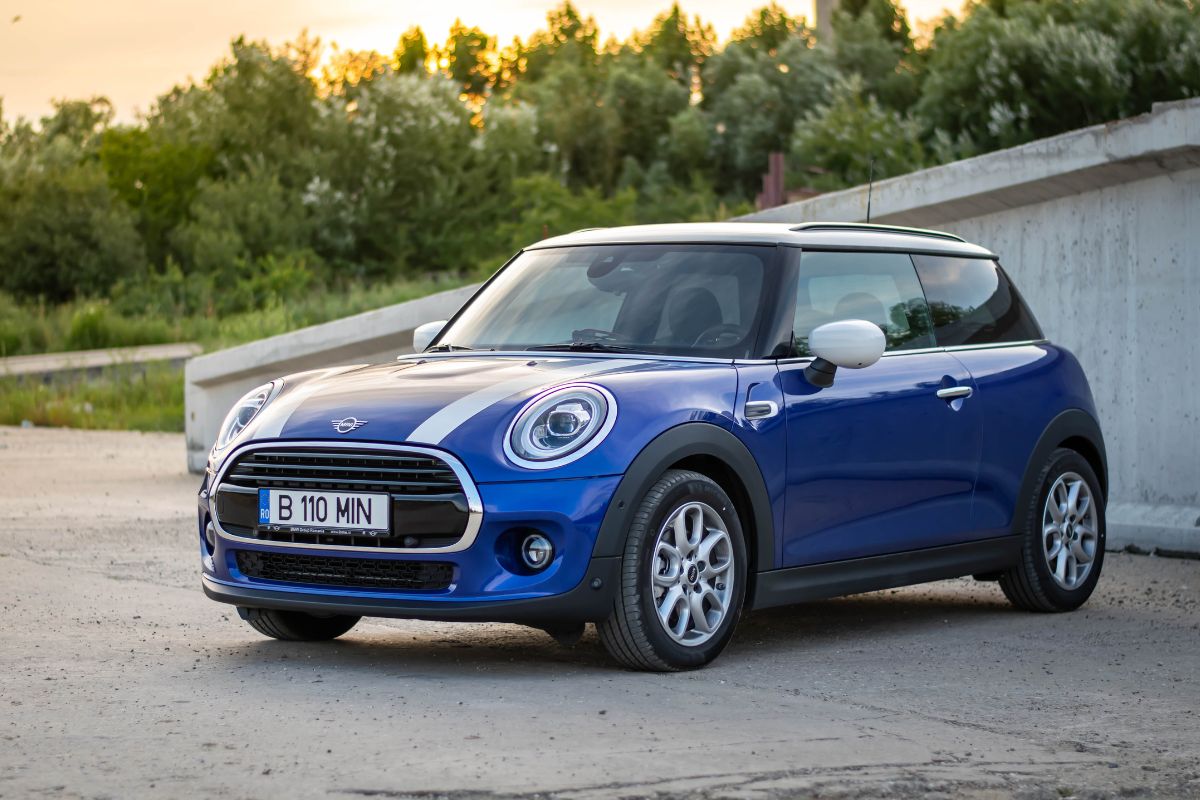 The Mini-Cooper Hardtop is neither a hatchback nor a sedan. It is not a crossover either. However, it is close in size and capabilities to the Mitsubishi Mirage hatchback. The starting MSRP of the Mini is $29,700.

The Mini Cooper Hardtop power comes from a TwinPower turbo, 1.5 L 3-cylinder that produces 134 horsepower. This engine can propel the Mini from zero to 60 in 7.9 seconds. The fuel mileage of the Mini Cooper is 27 city and 37 highway miles per gallon. 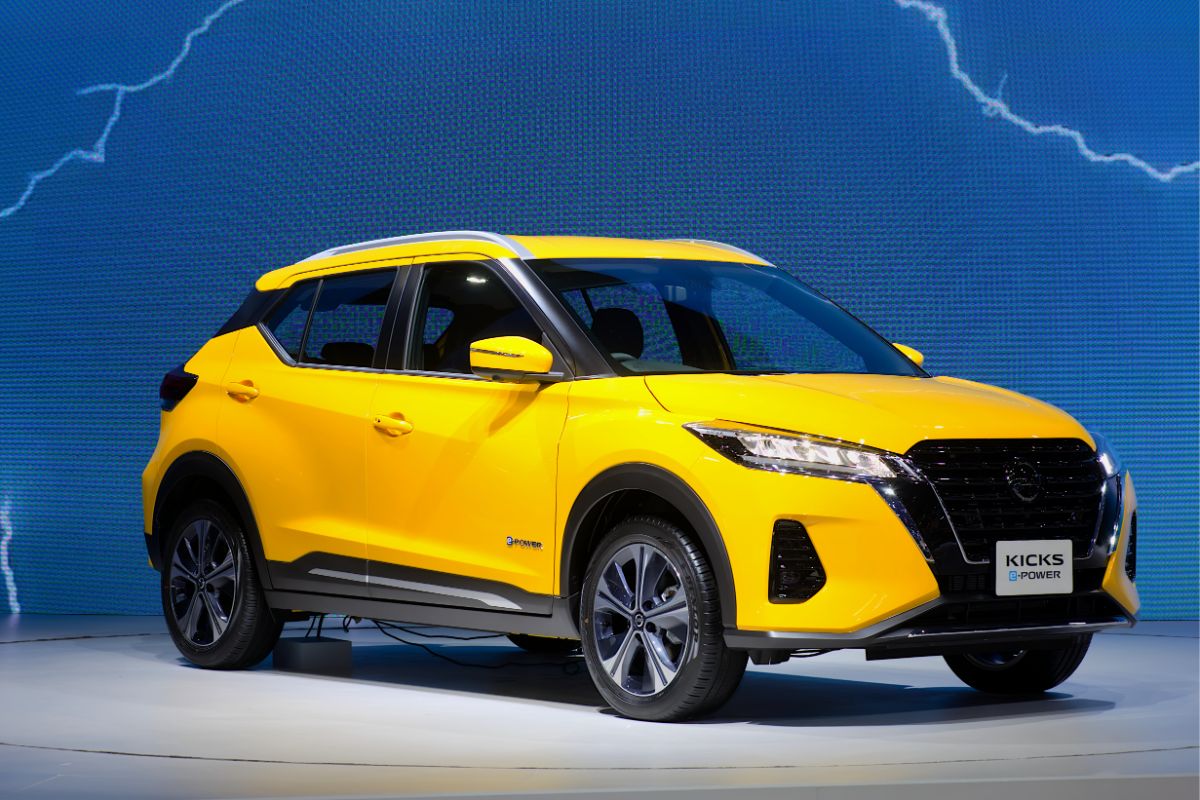 Available in three trim levels, the Nissan Kicks is similar to the Mitsubishi Mirage in price and passenger capacity. The Kicks is a small crossover with a base starting price of $19,900 that rises to $22,550 for the SR model. It is a little larger than the Mirage.

However, it can transport five, and its fuel mileage is remarkable for a fully gas-powered car.

Powered by a 1.6 L 4-cylinder that produces 122 horsepower and 114-pound feet of torque, power gets sent to the front wheels via a CVT (continuously variable transmission). The result is fuel mileage of 31 city/36 highway and 33 combined miles per gallon. 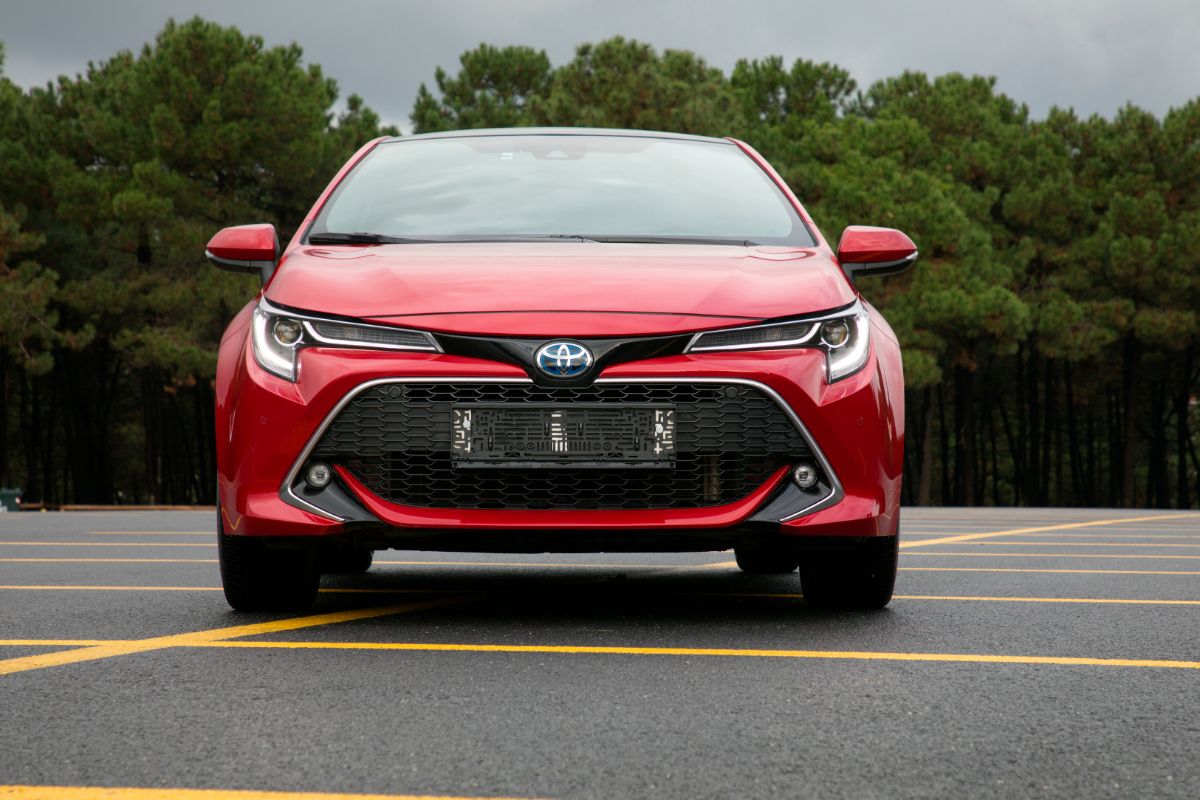 Available in three trim levels, the Toyota Hatchback SE has a starting MSRP of $21,165 and ranges from $24,115 for the XSE. What you get for the higher price are Toyota quality and resale value. You also get more power than the Mirage hatchback.

Power for all of the Toyota Corolla Hatchback trim levels comes from a 2.0 L 4-cylinder that produces 168 horsepower and 151-pound feet of torque. Power transfers to the front wheels via a 6-speed intelligent manual gearbox or a Dynamic-shift CVT. Fuel mileage for the Corolla Hatch is 32 city/41 highway and 35 combined miles per gallon. 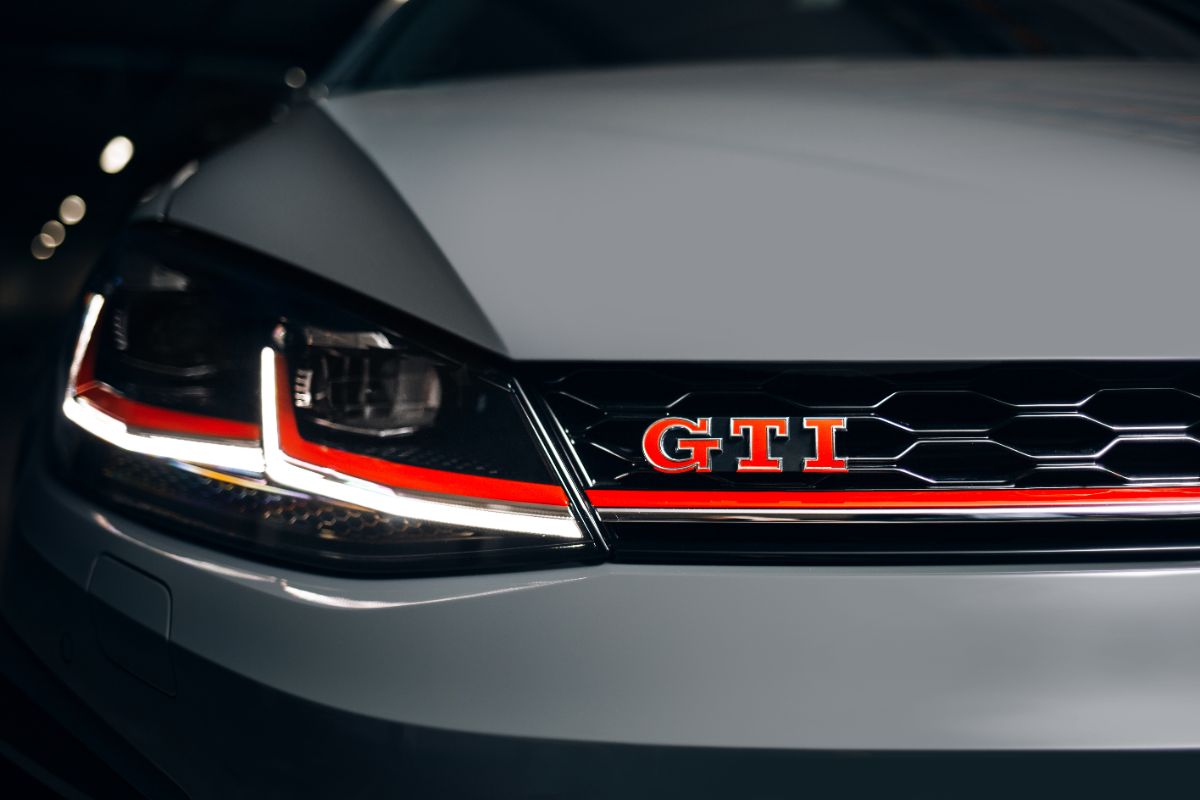 The Volkswagen Golf has been known under several names since 1974 when it first came on the market, and Golf has been one of them. However, the Golf has grown from an economy car, over the years, into the realm of high-performance.

The base starting price of the VW Golf GTI is $29,880. On the top of the three trim levels, the Golf Autobahn has an MSRP that starts at $38,330. Although the Golf GTI is similar to the Mitsubishi Mirage because it is a five-door hatchback, the resemblance ends from their forward. The Golf GTI has an engine that produces four times that of the Mirage.

The turbocharged 2.0L 4-cylinder in the Golf GTI produces 241 horsepower and 273-pound feet of torque. Power goes to the front wheels via a six-speed manual transmission.

The fuel mileage of the Golf GTI is 28city/36 highway and 31 combined miles per gallon. It takes a Golf GTI to run from zero to 60 in 5.1 seconds. They don’t call it the ‘hot hatch’ for nothing, and although the Mirage is a hatchback, it is not one in the same way as a Golf GTI or a Veloster N.

FAQs about cars similar to the Mitsubishi Mirage

Is there a Mirage sedan?

Yes, it’s called the Mirage G4. It has the same drivetrain and most of the same features as the Mirage hatchback.

See also  5 Cars Similar to the BMW i7

Is the Mitsubishi Mirage a good car?

The biggest complaint from owners is that the Mirage is underpowered, and the engine specs bear that out.

Do hatchback cars maintain their value?