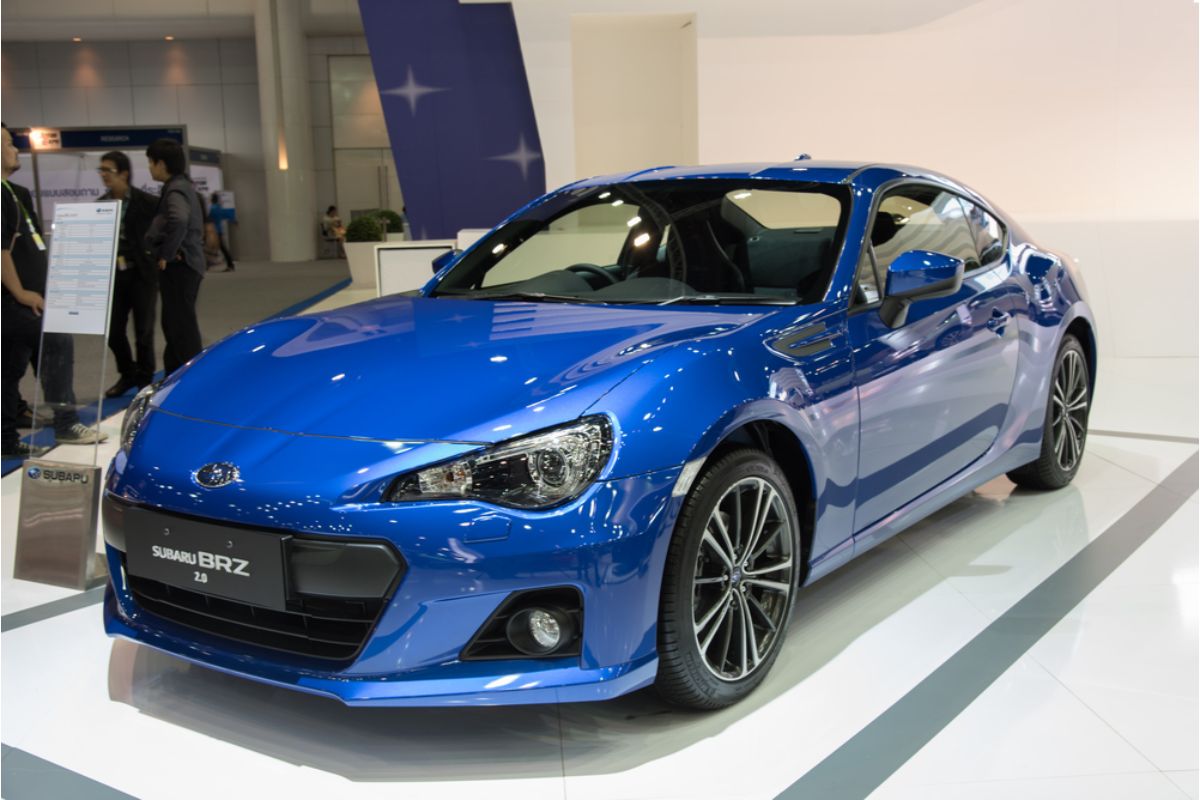 A collaborative effort between Subaru and Toyota, the BRZ has a sibling almost identical to it, branded the Toyota GR6. Rear-wheel drive coupes have a balance that other cars work on mirroring. Put a powerful engine on a lightweight, two-door platform, and it is time to play.

On the market since 2012 and badged as the Scion F-RS until 2016, when the brand was dropped, it shows that a rear-wheel-drive coupe is still a car that enthusiasts will buy.

Admittedly, it’s not a kid hauler, and you can’t fit the soccer team in the back seat. However, you can put it to the twisties and enjoy the exhilaration of a balanced two-door.

The base Premium BRZ has an MSRP of $27,995, and the MSRP for the Limited trim level is $30,495 and has a nicer interior for the price. Both models are powered by a 2.4-liter, horizontally opposed, 4-cylinder.

This Subaru Boxer engine produces 228 horsepower and 184-pound feet of torque. Power to the rear wheels is via a six-speed manual transmission unless you opt for an automatic, but what fun is that?

However, from 0-60 miles per hour, the manual returned a time of 5.9 seconds while the automatic took 6.6 seconds to make the trip, according to Motor Trend.

Subaru claims this car is a four-seater; however, the back seat area is better left for carrying an overnight bag. A child may fit in the back seat on a short trip.

However, if you are taking a trip across the country, a backseat passenger would not be a good idea. The seats fold up for extra storage space, which is the best thing that can be said about the second-row passenger area of the BRZ.

Cars most similar to the Subaru BRZ

Other rear-wheel-drive sports cars are similar to the Subaru BRZ. 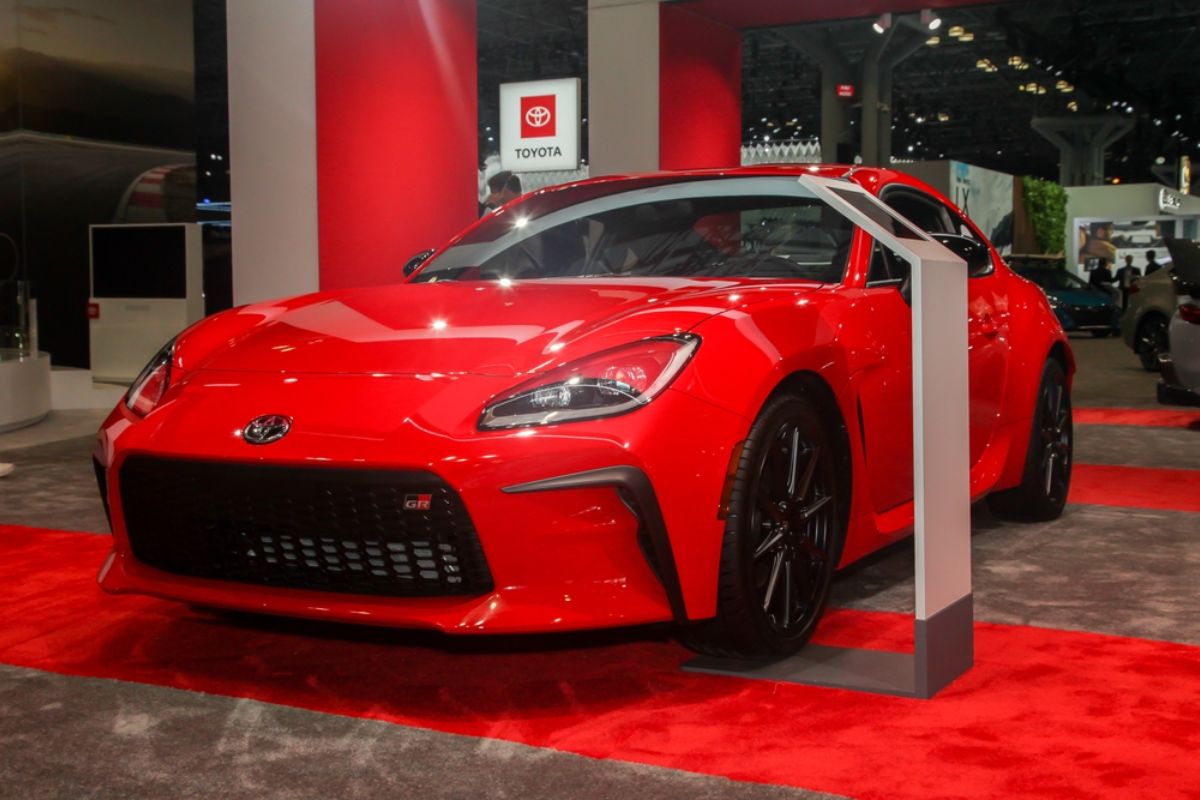 Of course, the most similar car to the Subaru BRZ is the Toyota GR86. However, the GR86 is different enough that its Toyota roots show through.

The most similar feature is the engine, which is identical to the two cars and produced by Subaru. However, the GR86 gets a more aggressive front facade than the BRZ. In addition, the interior uses different materials and has other style notes. 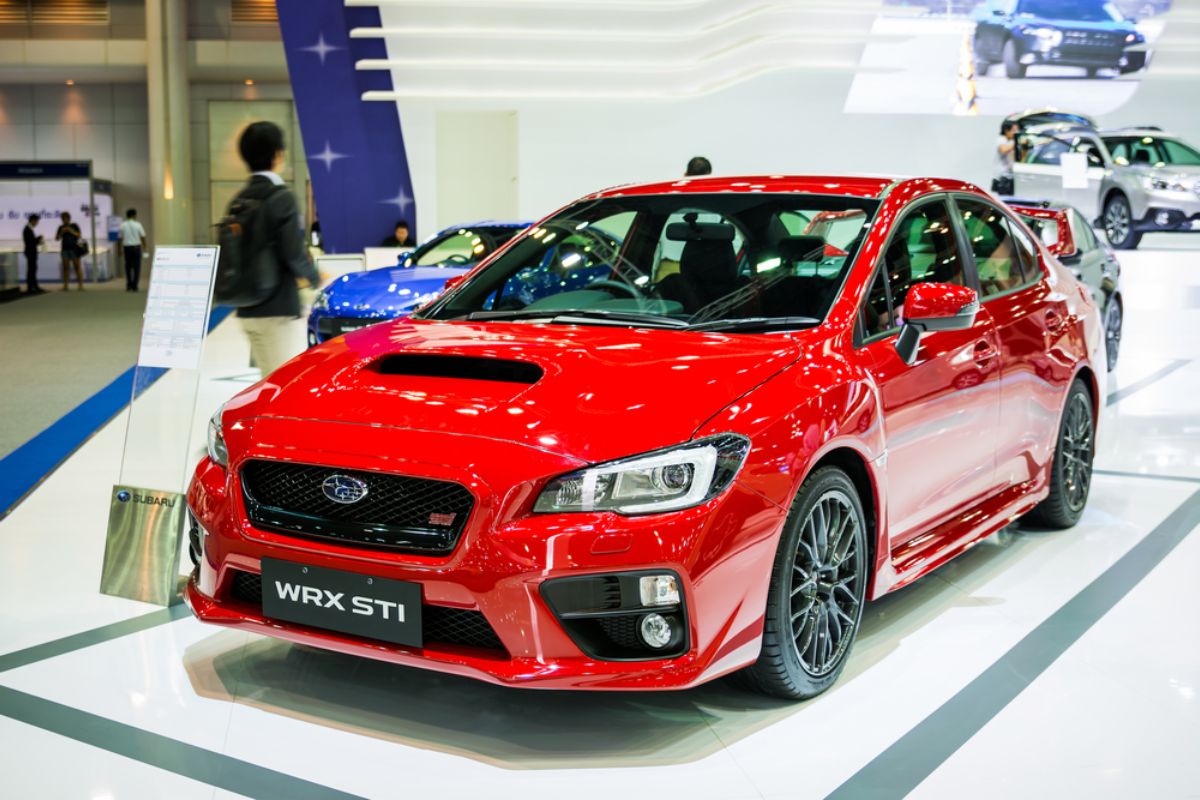 The WRX is not a coupe; however, it is most decidedly a sports car, and there is a WRX for every budget. Prices range from $29,605 for the base WRX to $42,395 for the GT. In addition, the four trim levels of the WRX offer more choices and passenger space than the BRZ.

Power for the WRX comes from the same 2.4 liter Boxer engine, but Subaru straps a couple of turbochargers to it and squeezes 278 horsepower and 258-pound feet of torque from the engine of the WRX. However, this all-wheel drive vehicle and the extra power are handy when needed to turn four wheels.

The WRX is quicker than the BRZ, even though it is all-wheel drive and can clock 0-60 mph in 5.6 seconds. 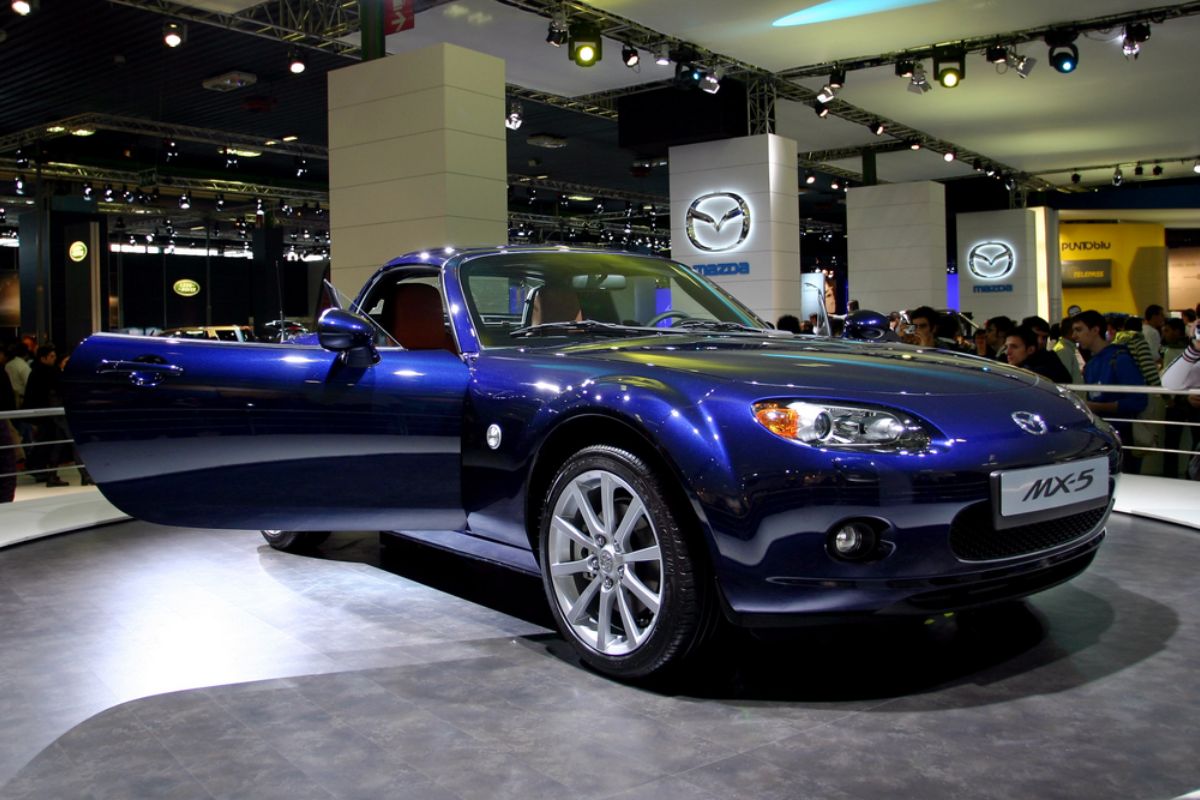 It may be a convertible, but the point behind the MX5 Miata is driving pleasure. That was the goat at the inception of this little coupe in 1989. Since then, it has come a long way, and today’s MX5 is better than ever.

All Mazda MX5 models are powered by a 2.0 L 4-cylinder that produces 181 horsepower and 151-pound feet of torque. Yes, that is less than the power of the Subaru’s Boxer engine; however, the MX5 weighs 500 pounds less than the BRZ.

Other cars similar to the Subaru BRZ

Other cars are similar in features, size, and price to the Subaru BRZ. However, while most are similar in price, the two are outliers, and although they are sporty coupes, they live at the high end of the price range. 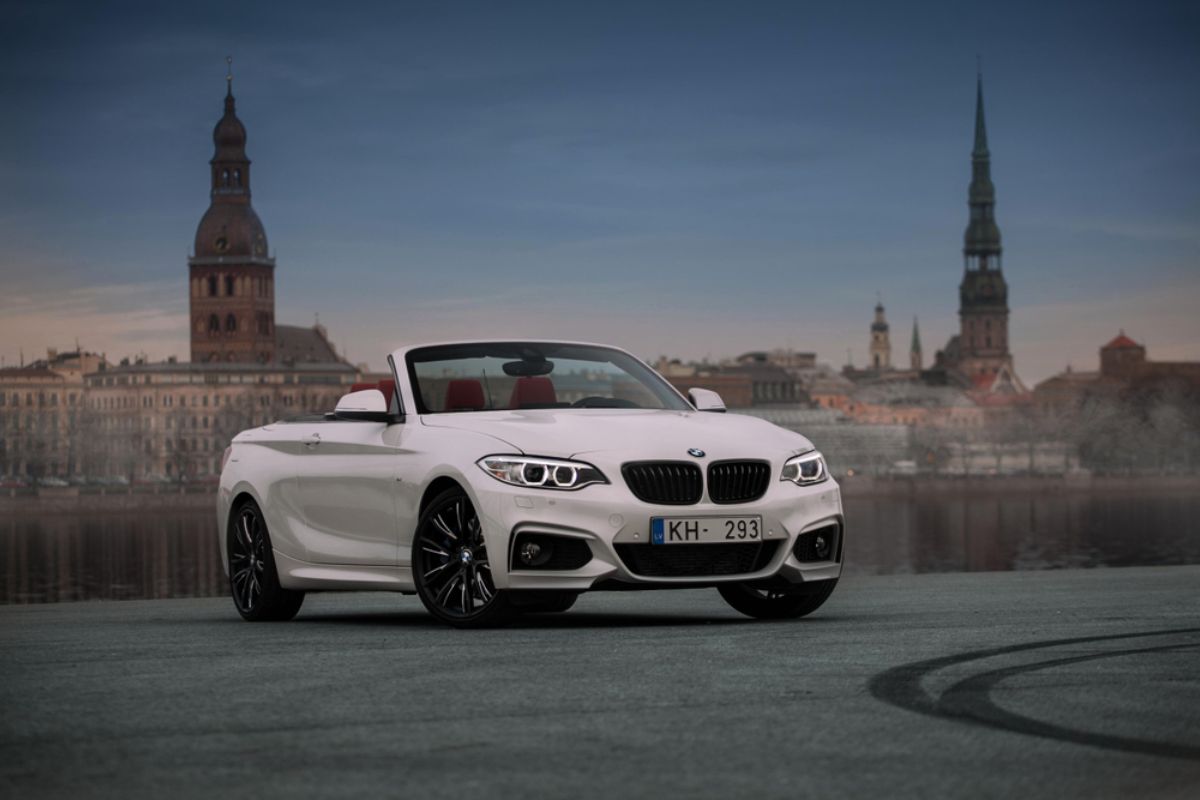 It produces 255 horsepower and 294-pound feet of torque and sends the power to the rear wheels. In this instance, the 230i carries about 500 pounds, which the BRZ does not.

However, it is a BMW. Even though the 230i has less horsepower, it has enough torque to help launch it from zero to 60 mph in 5.5 seconds. Fuel mileage for this little Bimmer is 26 city/35 highway and 26 combined miles per gallon.

The BMW 2 Series is available in one other trim level. The BMW M240i xDrive, an all-wheel-drive model, has an MSRP of $48,550 and is powered by BMW’s legendary inline 3.0 L inline, six-cylinder. It produces 382 horsepower and 369-pound feet of torque and can sprint from zero to 60 mph in 4.1 seconds.

All that power adds very little to the fuel consumption, and the M240i, even though it is all-wheel-drive, returns 23 city/32 highway and 26 combined miles per gallon. 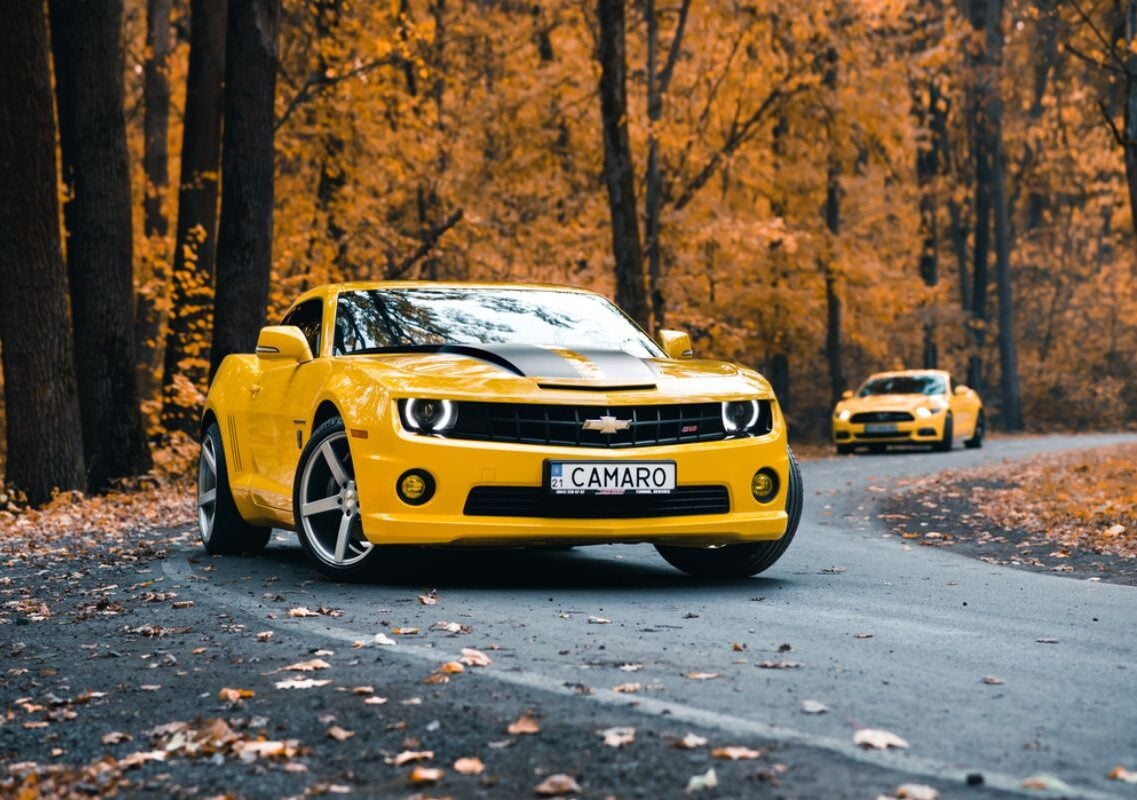 A legendary coupe, the Chevrolet Camaro, has been a site on the street and track for decades. The 2022 Camaro is available in nine trim levels.

However, the most similar models to the BRZ are the Camaro LS, LT, and 2LT. The first model is a hardtop coupe, while the other two are convertibles. All three trim levels are powered by a turbocharged 2.0 L 4-cylinder that produces 275 horsepower.

The Camaro LS can make it from zero to 60 in 4.1 seconds using a six-speed manual to get power to the rear wheels. That speed is faster than a 1969 Camaro RS Z28, which made the mark in 7.4 seconds.

Although there are six other trim levels, the three lower levels are most similar to the BRZ, even with drop-tops. Fuel mileage for the 2022 Camaro LS is 19 city/29 highway and 22 combined miles per gallon. 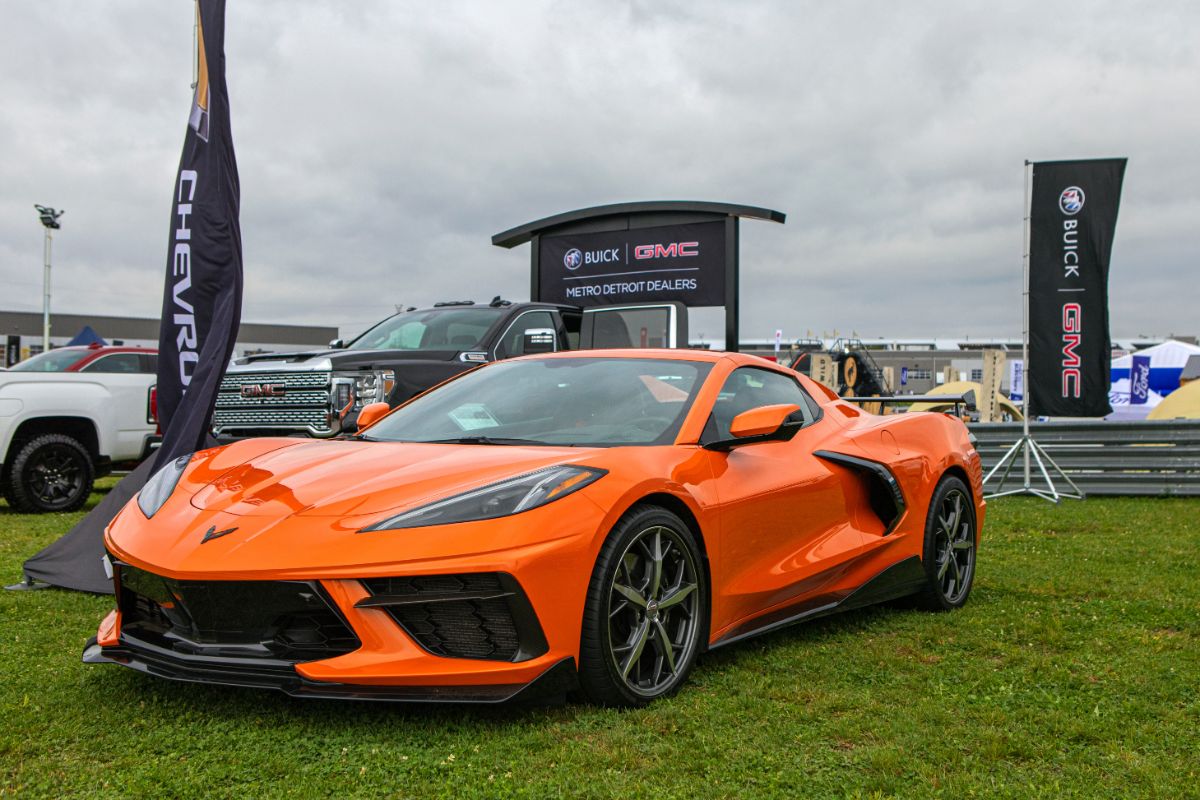 One of the most iconic coupes ever built, the 2022 Chevrolet Corvette continues its heritage with its first-ever mid-engine car. The base Corvette 1LT Coupe has a starting MSRP of $62,295. This model is the most similar in price to the BRZ. However, for the price, you could buy two Subaru BRZs.

Power for all trim levels of the 2022 Corvette is a 6.2L V8 that produces 490 horsepower and 465-pound feet of torque. When equipped with the Z51 performance package, it can run from zero to 60 mph in fewer than three seconds. Power from the engine is put to the rear wheels through a dual-clutch eight-speed transmission.

If you are in the market for a coupe and can afford a new Vette, buy it. Park it in the garage, save it for later, or drive it on Sundays. The fuel efficiency of the 2022 Corvette is 16 city/24 highway and 19 combined miles per gallon, which is lower than any car on the list. 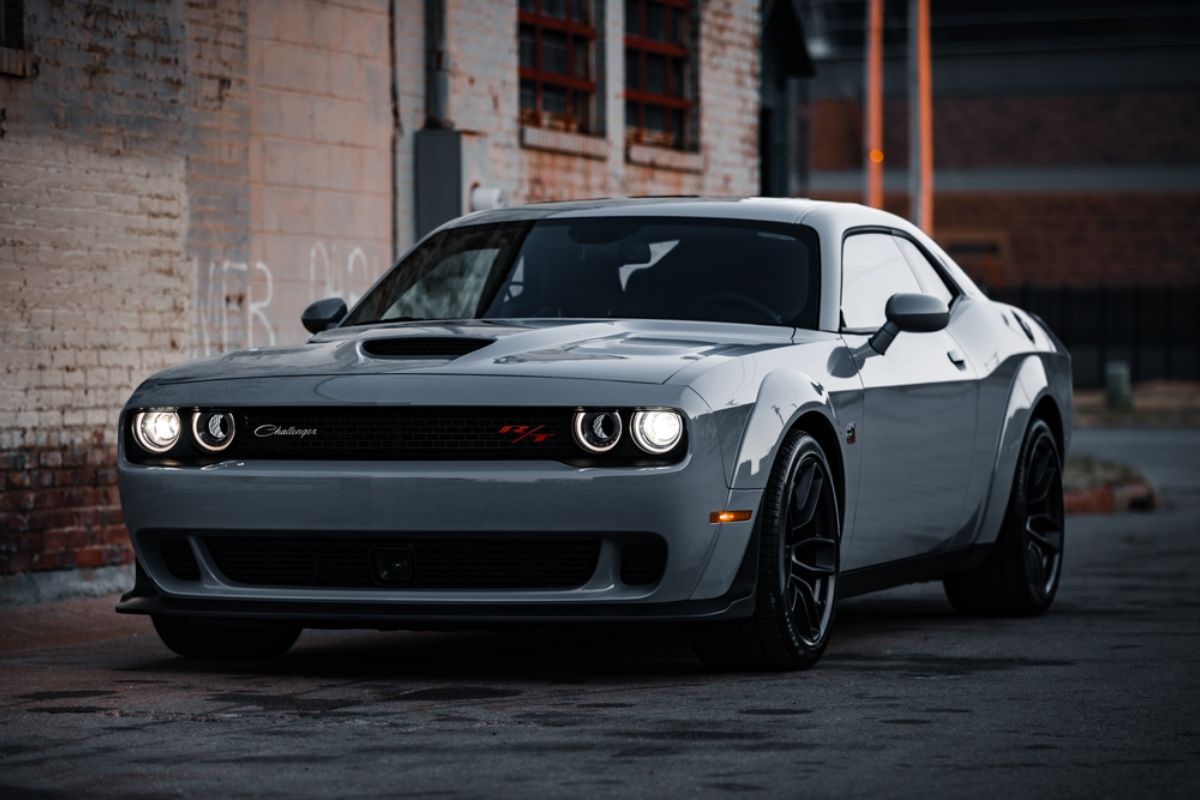 Yes, the Challenger is one of the few coupes on today’s market with vestiges of the muscle car ear in its fuel lines. The base Challenger SXT has a starting MSRP of $30,825.

At the upper end of their nine trim levels is the Dodge Challenger SRT® Super Stock with a starting MSRP of $87,530. The difference between the two is power!

The Challenger SXT gets its power from a 3.6L V6 that produces 303 horsepower and 268-pound feet of torque. The power connects to the rear wheels via an eight-speed automatic transmission. The seating capacity of the Challenger is a genuine five people because the second seat is room for a coupe.

Even though it is a heavy car and tips the scales at more than 4000 pounds, the standard V6 can hustle the Challenger from zero to 60 mph in 5.3 seconds. Fuel mileage is 19 city/30 highway and 23 combined miles per gallon. 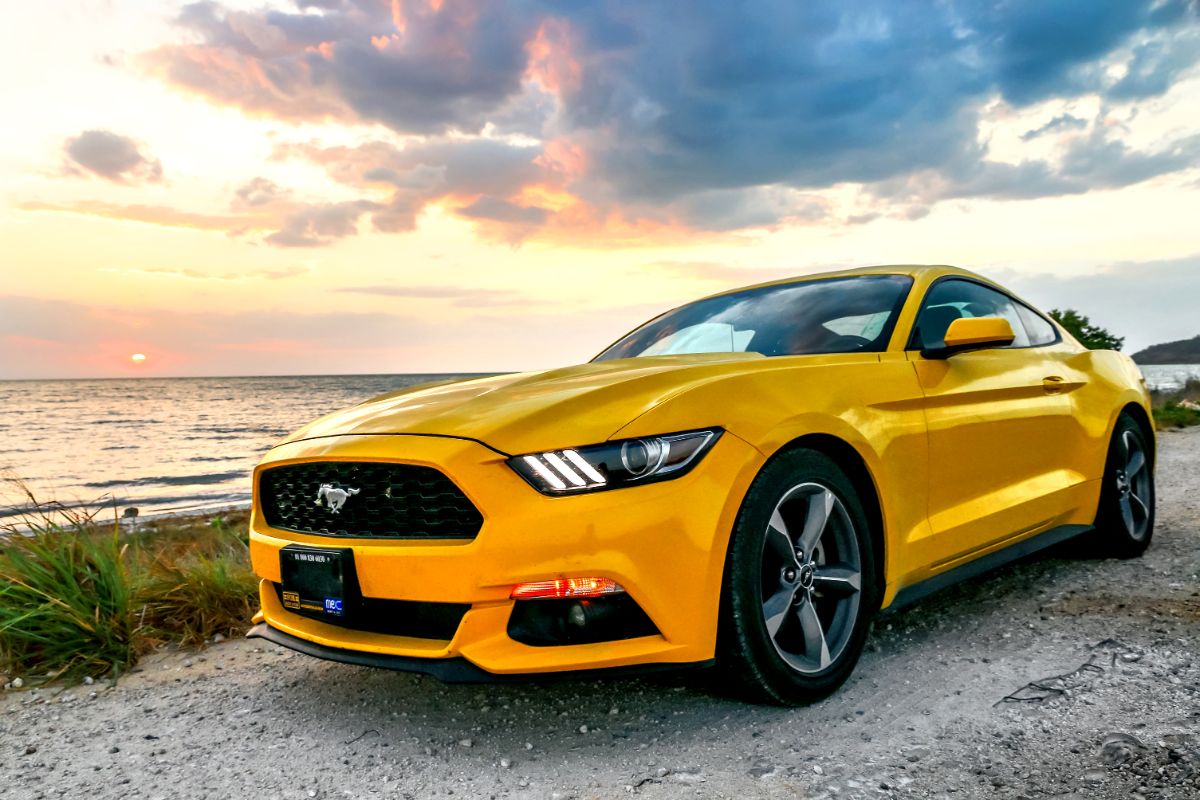 Another iconic coupe, the Ford Mustang, has not been in production as long as the Corvette. However, it has made a significant mark on the automobile world. In its sixth generation of production, the Mustang, like the Challenger, has many models from which to choose.

The entry-level Mustang EcoBoost® Fastback is cheaper than the BRZ and has a starting MSRP of $27,410. Standard power in this model comes from a 2.3L EcoBoost® engine that produces 310 horsepower and 350 pound-feet of torque that will rocket the Mustang from zero to 60 in 5.1 seconds.

Fuel mileage is 21 city and 29 highway miles per gallon. There are ten trim levels for the 2022 Ford Mustang, including three convertibles, and the EcoBoost® model is priced at $32,970.

The highest-priced model is the Mustang Shelby® GT500®, which has a starting price of $79,420, and the fuel mileage is 12 city and 18 highway miles per gallon, and here’s why.

The Mustang Shelby® GT500® gets its power from a 5.2L Supercharged V8 that produces 760 horsepower and 625-pound feet of torque to propel this coupe from zero to 60 in 3.4 seconds. 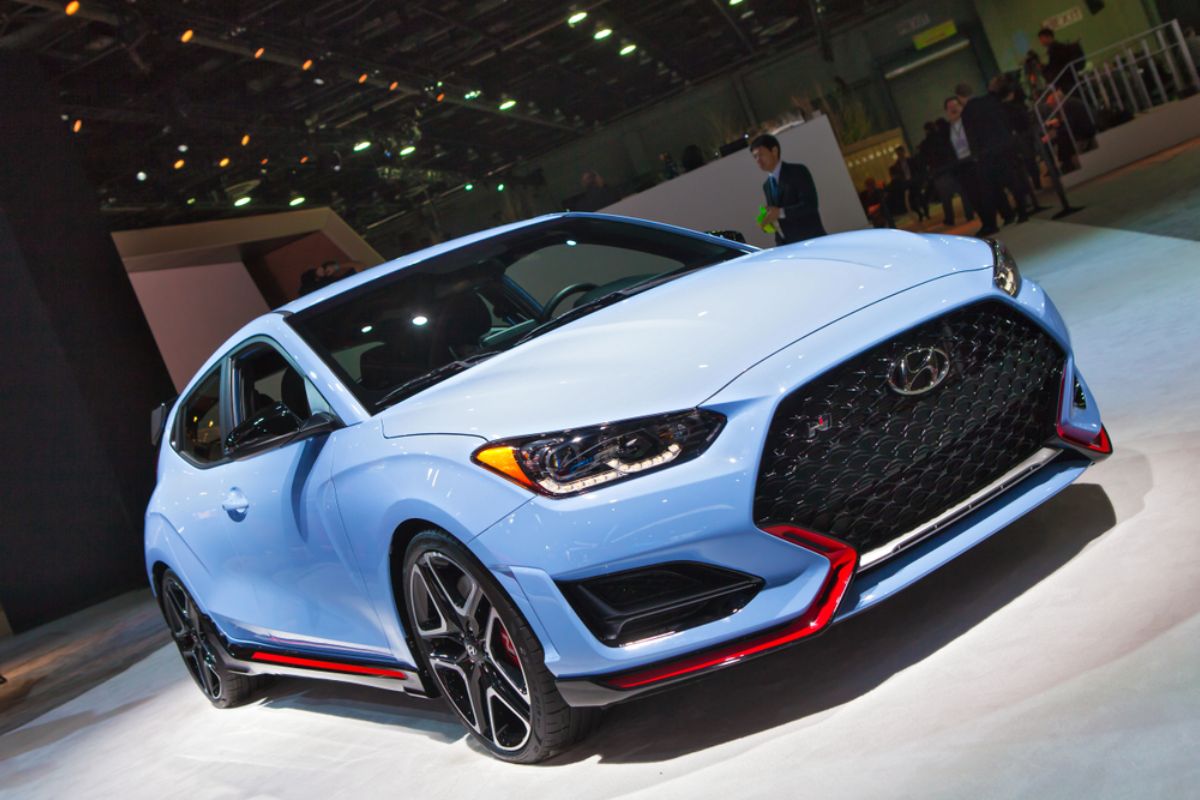 A hatchback coupe, the Hyundai Veloster, has earned a reputation as a fun car to drive. Available in one trim level, only the starting MSRP of the Veloster is $32,500.

Power comes from a turbocharged 2.0L 4-cylinder that produces 275 horsepower. Fuel mileage is close to others on the list, and the Veloster returns 22 city/28 highway and 25 combined miles per gallon.

Similar in price and power to the BRZ, the most significant difference is the Veloster’s front-wheel drive. All of the other coupes here, aside from the Mini-Cooper, are rear-wheel-drive or all-wheel-drive. However, the power it does have will launch it from zero to 60 mph in 5.1 seconds. 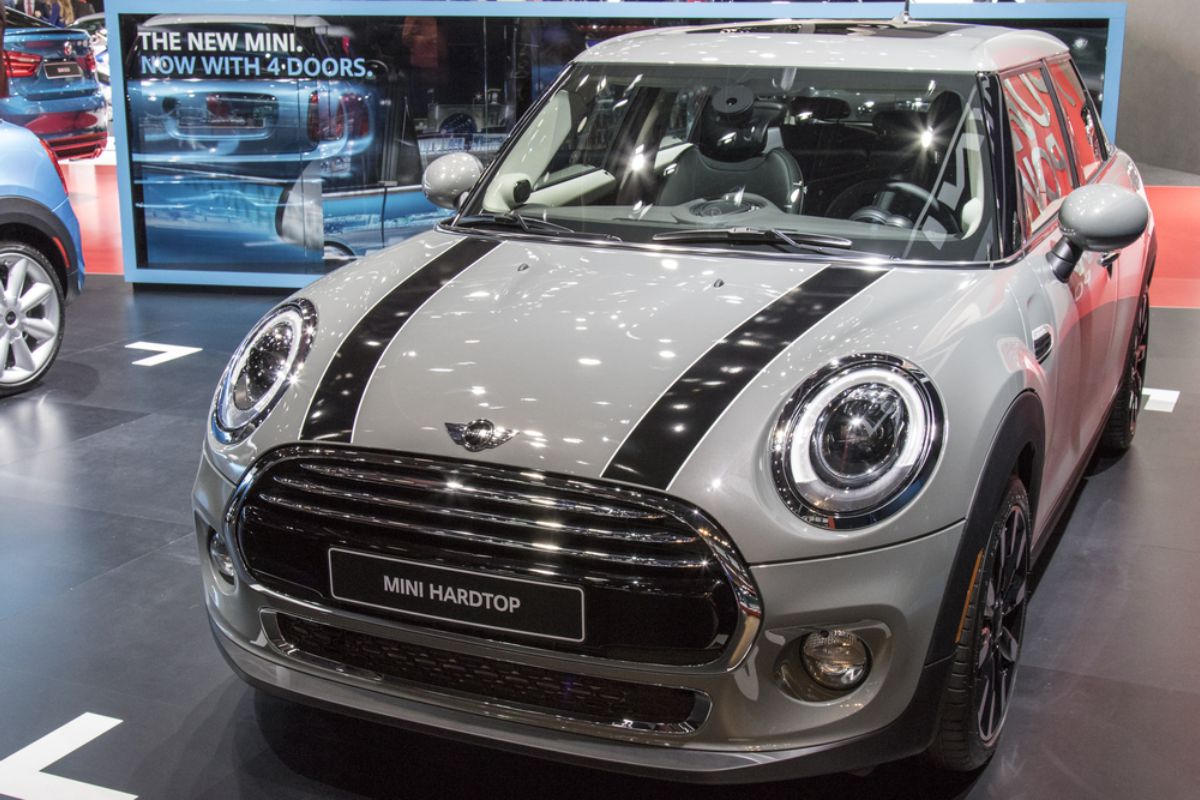 A turbocharged 1.5L inline 3-cylinder engine that develops 134 horsepower and 162-pound feet of torque is the engine that powers the Cooper Hardtop.

The Cooper S model ups the ante with a twin-turbo 2.0L 4-cylinder that produces 189 horsepower and 206-pound feet of torque. The top-of-the-line John Cooper Works uses the same engine as the S model and squeezes 228 horsepower from it.

In addition, the Cooper hardtop can make it from zero to 60 in 7.7 seconds, while the 2.0 liter Cooper S shaves over a second from that time and with a 0-60 mph time of 6.6 seconds. 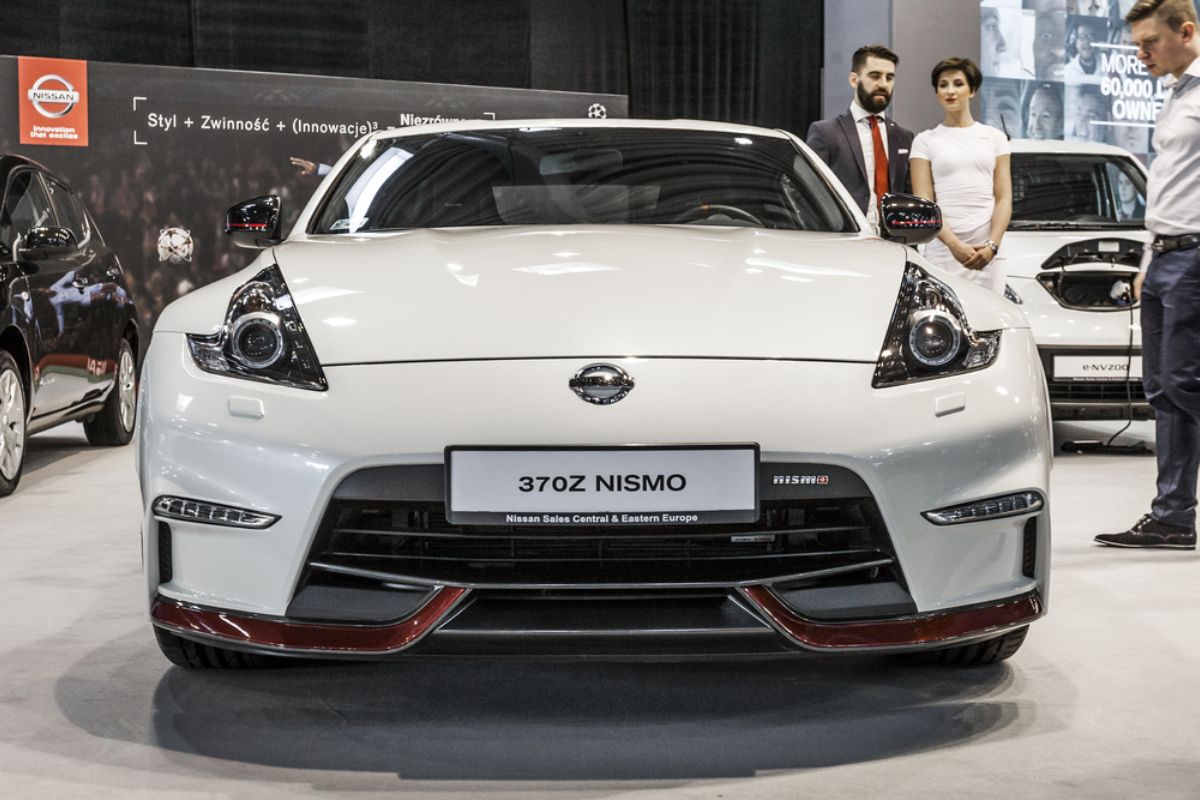 The starting MSRP of the 370Z is $30,090 if you can find one. Nissan Z cars have been around since Nissan was Datsun and the first 240z hit the market.

Its iconic legend lives on, and the newest rendition of this two-door coupe has a 3.7L V6 that powers the rear wheels in a suitable sports car fashion.

The Nissan 370Z is available in five trim levels, and all of them are powered by the same engine that puts out 350 horsepower and 276-pound feet of torque. Fuel mileage is a respectable 19 city and 22 highway miles per gallon. 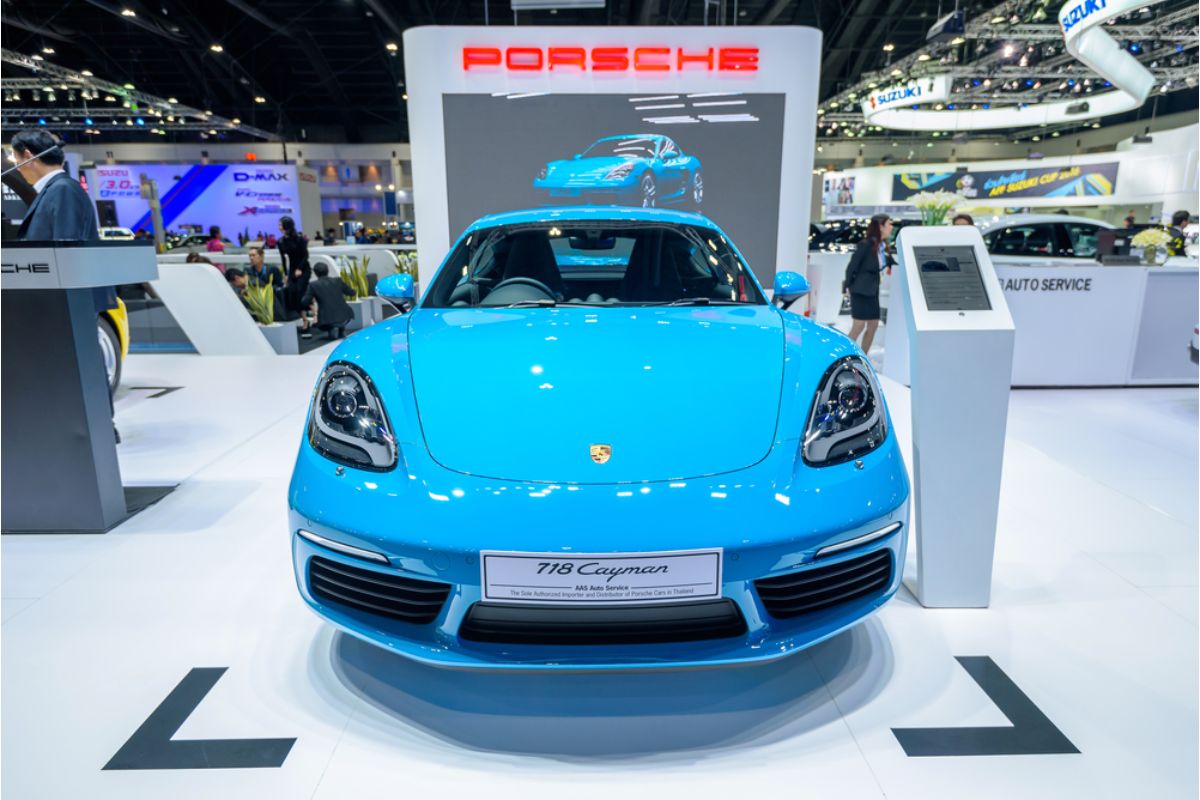 This car, like the Corvette, is what you buy once you’ve arrived, because it is one of the most expensive coupes in the world and the fastest. 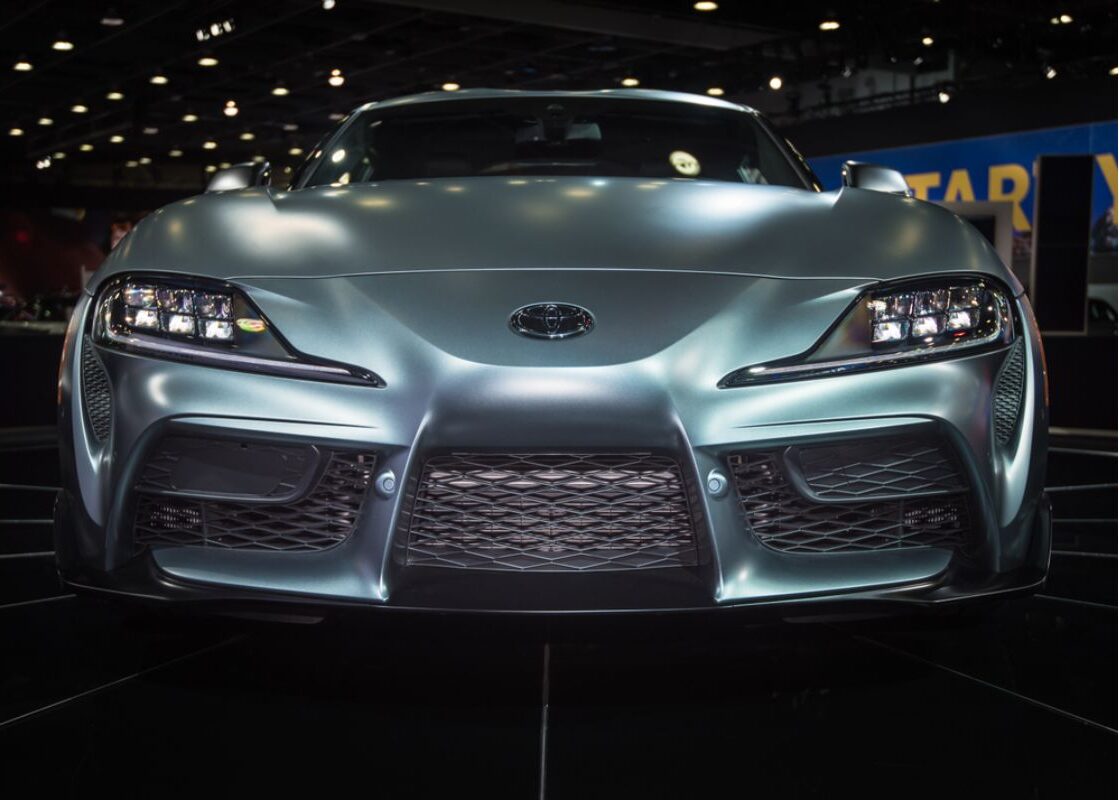 Powered by a 2.0L 4-cylinder that develops 255 horsepower and 295-pound feet of torque, the power is delivered to the rear wheels via an eight-speed automatic transmission.

Power for this model comes from a 3.0L V6 that produces 382 horsepower and 368-pound feet of torque. Fuel mileage for this model is 22 city and 30 highway miles per gallon.

FAQs about cars similar to the Subaru BRZ

Is the Subaru BRZ a dependable car?

Subaru has a reputation for dependable, reliable cars that last a long time and retain their value.

Is the Toyota GR6 better than the Subaru BRX?

The only differences are the grille and the interior.

Are coupes more expensive to insure?

Insurance companies often consider coupes as sports cars, so your insurance may be higher.