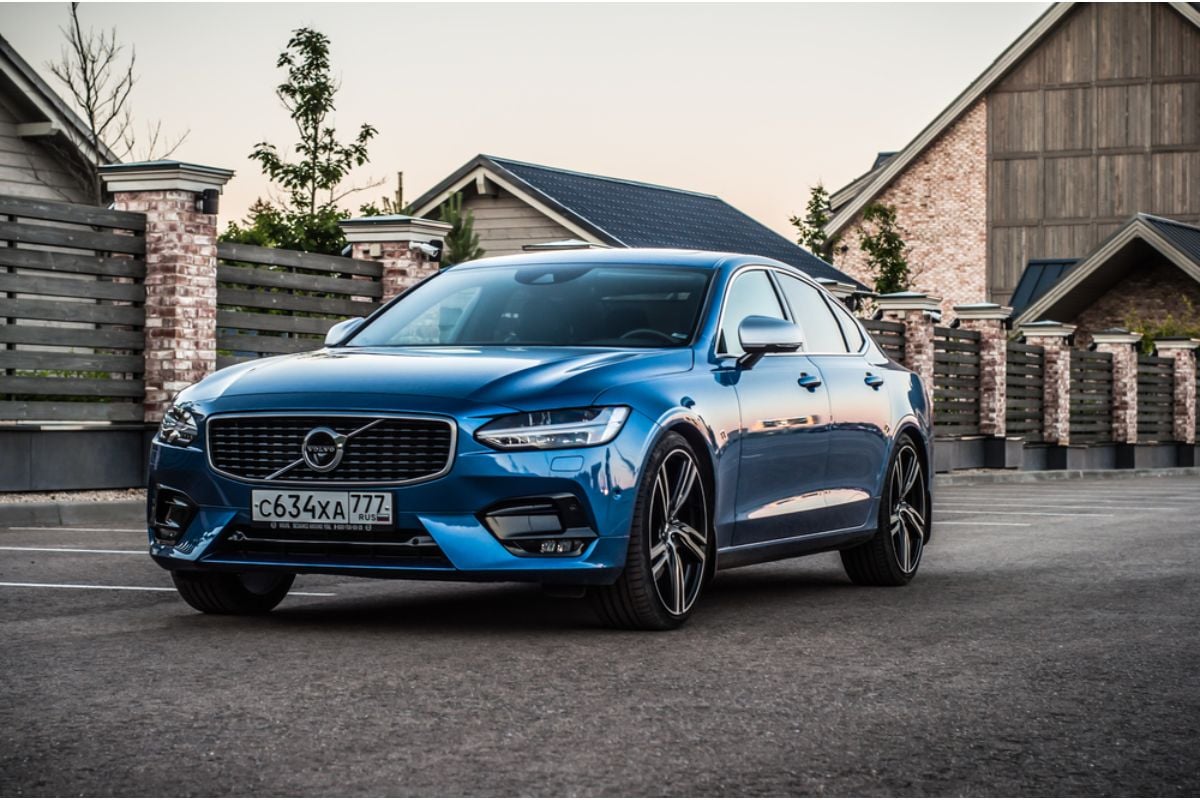 The Volvo S90 is a premium sedan that stands out because of its one-of-a-kind and opulent interior design. It’s decorated in Scandinavian style, which makes it an excellent choice for a cozy cabin.

It comes standard with a B6 engine, which incorporates a mild hybrid system into its design. It’s more affordable than most luxury cars while including a multitude of technology designed to aid drivers.

In addition, it is available in the R-design, Momentum, and Inscription trim levels. For a little additional fee, drivers may upgrade their momentum to a recharge plug-in hybrid vehicle.

It is equipped with the brand new B6 mild-hybrid powertrain engine, which has a maximum output of 295 horsepower and provides a low-end torque in addition to a quick eight-speed automatic gearbox, all of which contribute to the vehicle’s stability.

Now, there are several different automobiles that are comparable to the Volvo S90 which you might want to investigate if you change your mind about buying one. The following are some of the most notable alternatives to the Volvo s90. 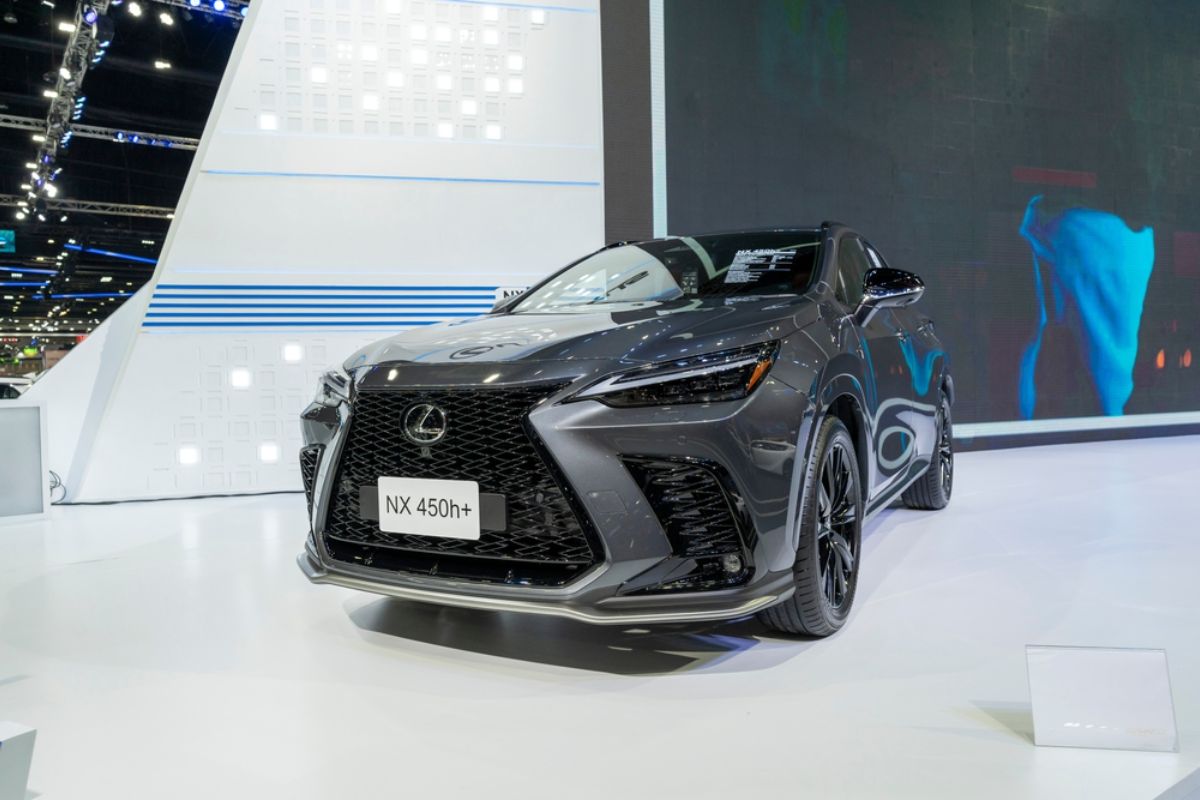 Luxury sedans like this one from Lexus are known for their low noise levels and high levels of passenger comfort. It concentrates its primary emphasis on being a relaxing cruiser that comes with a comfortable and well-decorated cabin.

The base model comes with an all-wheel-drive system and a four-cylinder engine, but the all-wheel-drive hybrid V-6 engine that Volvo offers is the more desirable option because of its superior efficiency.

The inside is finished off quite well, and the chairs are not just supportive but also incredibly comfy. Prices might vary anywhere from $42,025 to $51,205.

Lexus offers purchasers an option between three different types of powertrains. The first one, the ES250, has an all-wheel-drive system together with a four-cylinder engine that produces 203 horsepower and has a capacity of 2.5 liters.

The ES350 comes standard with a 3.5-liter V6 engine that is capable of producing 302 horsepower, in addition to an eight-speed automatic gearbox that sends power to the car’s front wheels.

This trim level is known as the ES350 Premium. When it comes to the ES350h trims, it gets its power from a hybrid engine that provides 215 horsepower. Additionally, it has a four-wheel drive and an automatic gearbox that is constantly variable. 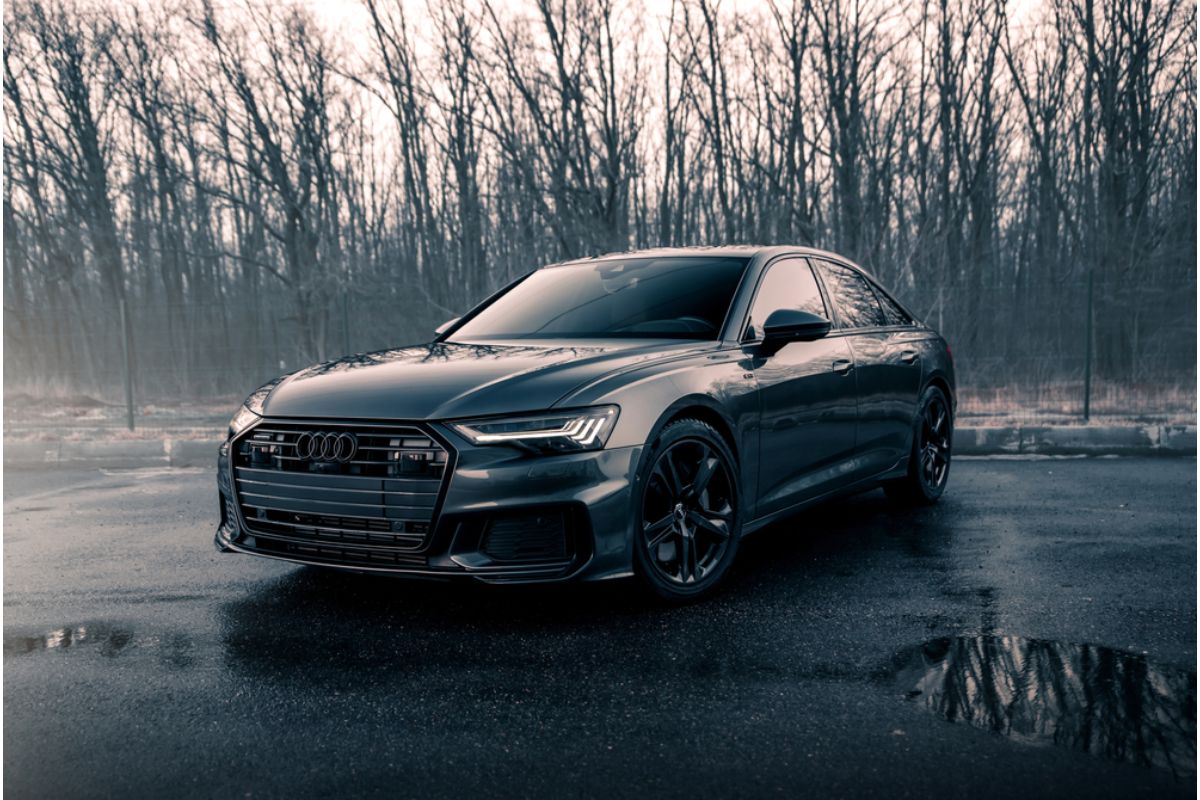 One of the best examples of a premium midsize car is the Audi A6. The ride quality and handling are both well in harmony with one another.

Inside, there’s enough seating for five people, and wherever you look there are high-end materials, and lots of intriguing, contemporary elements.

A turbocharged inline-four-cylinder engine producing 261 horsepower is standard equipment for the 2022 Audi A6. One more option is a turbocharged V6 engine that generates 335 horsepower. This mill has more than enough available power to handle the majority of circumstances.

With a starting MSRP of $55,900, the 2022 Audi A6 is one of the most expensive premium midsize automobiles on the market.

The price of the A6 Prestige, which is the most expensive model in the normal A6 lineup, is $69,500. The prices of the remaining four variants in the basic A6 lineup climb by a few thousand dollars. 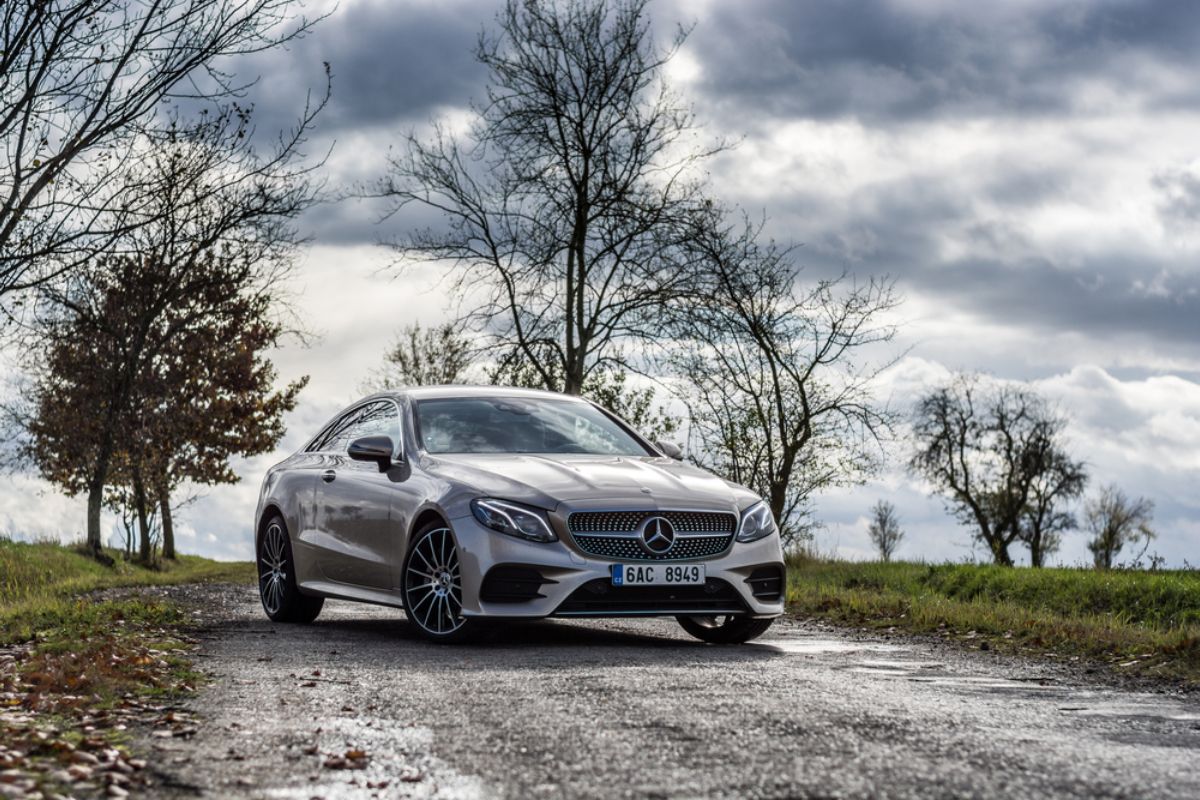 If your finances are flexible enough, you should consider the Mercedes-Benz E-Class since it is often recognized to be among the best automobiles in its segment. The E-Class offers much less capacity for passengers and goods than many of its contemporaries.

The Mercedes-Benz E-Class has a total of four different engine configurations, and selecting any one of them is a safe bet. The E 350 is equipped with a turbocharged four-cylinder engine that generates 255 horsepower and is well suited for driving on a daily basis. 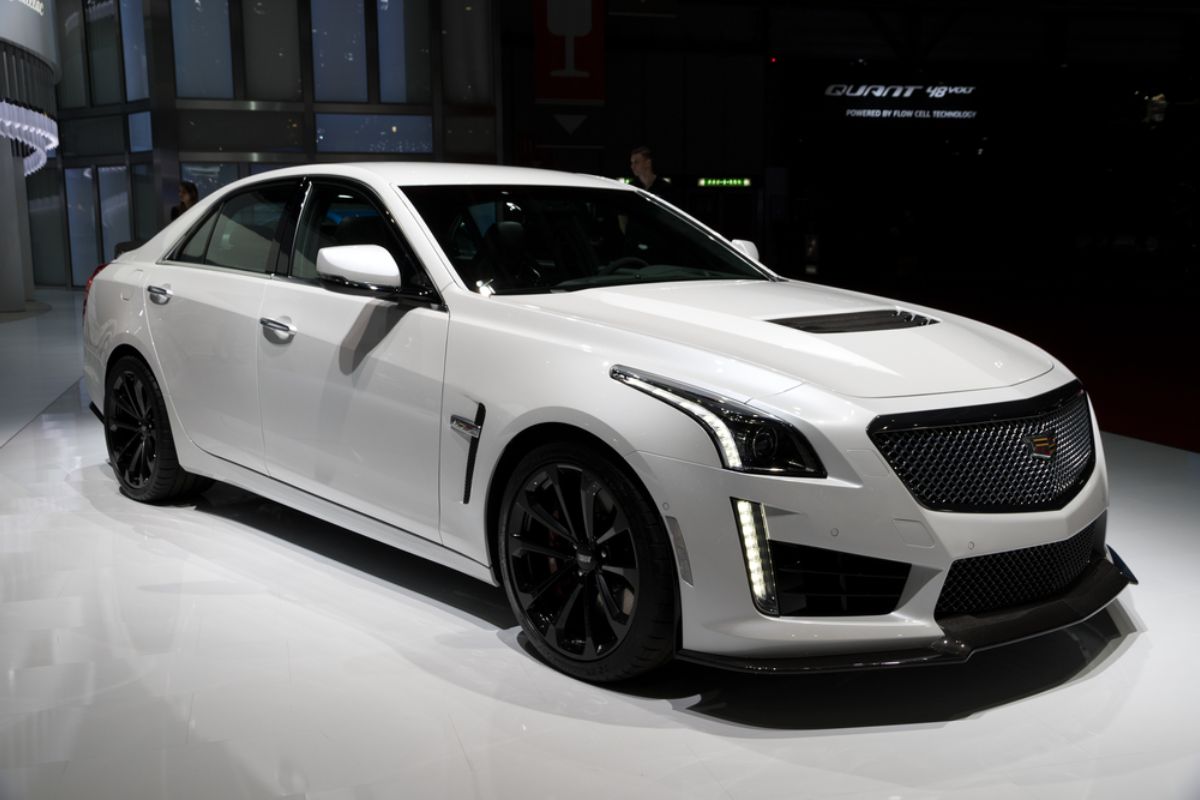 The Cadillac CT6 can be ranked as a large luxury car. Although the CT6 does not have the user-friendly infotainment controls or the high-quality cabin that are found in the majority of its rivals, it has a long list of standard amenities and a generous amount of room inside.

Used versions of the Cadillac CT6 are acceptable choices for premium automobiles. It is a pleasure to drive and is equipped with a generous amount of power beneath the hood.

The interior of the CT6 has excellent sound insulation, and it also comes equipped with a spacious trunk that makes it simple to put away bulky objects. The performance of the CT6 is, regrettably, inconsistent across the board.

Although it comes with two powerful engine options, the vehicle is not especially interesting to drive due to the lack of input from the steering wheel.

The 2020 Cadillac CT6 has an average list price of $51,963, according to the listings for the vehicle. Prices may range anywhere from $58,204 to $94,748 and will change according to the location of the car, its mileage, the extras it includes, and its condition.

There are four different packages available for the 2020 Cadillac CT6: Luxury, Premium Luxury, Platinum, and CT6-V. 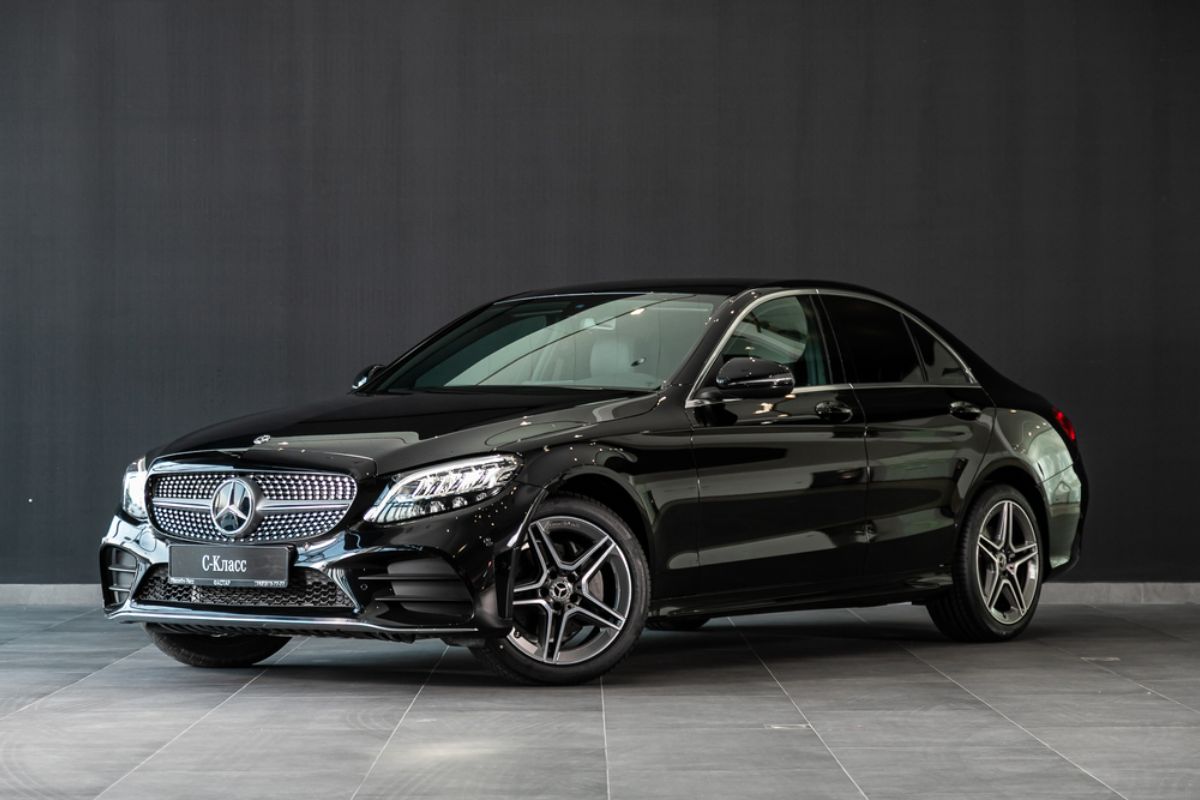 When it comes to rankings for compact cars, the 2021 Mercedes-Benz C Class achieves a very respectable position. It is famous for its power, its ability to provide comfort, and its premium handling.

If you are seeking a car that has fewer flaws and more strengths, you should give some thought to purchasing this vehicle. However, there is a significant cost associated with this car.

The pricing for the basic C 300 Sedan is around $41,600. Even if we don’t consider something to be the best in its category, we cannot deny the fact that it is far better than the norm.

Although the 2020 model of this vehicle is a giant automobile, it also has a few drawbacks. For starters, it doesn’t integrate with Apple Carplay or Android Auto for smartphones but does come standard with several functions including a sophisticated information and entertainment system.

The Acura RLX boasts outstanding horsepower and fantastic fuel efficiency ratings; nevertheless, it does not have adequate trunk space and the internal materials are not of better quality than other vehicles in its class. 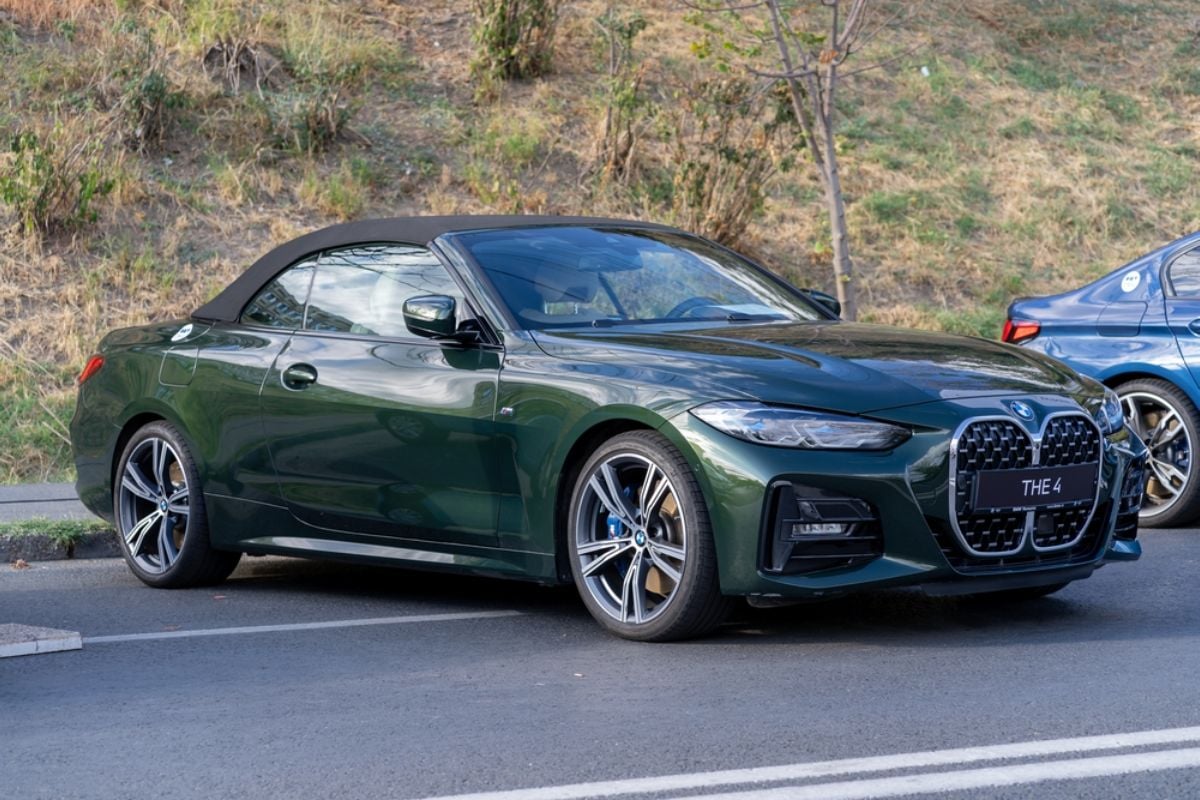 The 2022 BMW I4 is an all-electric vehicle that does not place particularly high in the rankings of premium automobiles. That’s because its competitors own a greater number of strengths than flaws.

Despite having a limited amount of space in the trunk, this vehicle gives the impression of driving a genuine electric car and has a dynamic feel.

The acceleration is incredible in its swiftness. The electric automobile is much quieter than a car powered by gasoline since there is no engine. You have the option of using the Eco pro mode, which is completely silent, or the comfort mode, which produces synthetic performance sounds.

One pedal is all that is required to operate this BMW. If you raise your foot off the brake pedal, the automobile will come to a halt.

Related: 13 Cars Similar to BMW i4 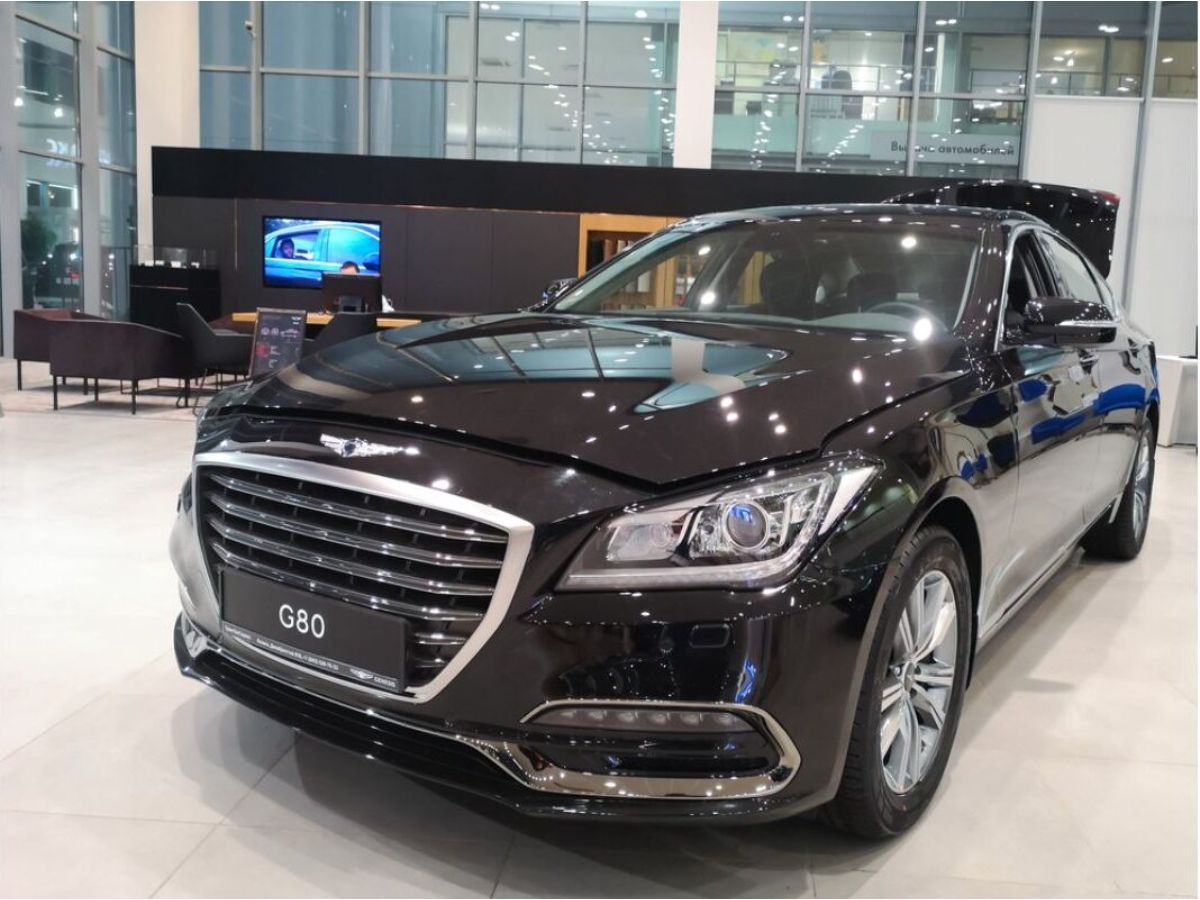 The Genesis G80 model year 2022 has an incredible cabin, wonderful driving dynamics, excellent safety and dependability ratings, and excellent overall performance in all categories, making it a highly premium automobile.

You have no choice but to take a chance and purchase this incredible automobile. It is far more reasonably priced than its competitors, such as the BMW, Audi, and Mercedes yet provides a higher level of luxury and a greater number of amenities. The Infiniti G80 is the best choice for you if you are interested in purchasing an upmarket sedan.

There are many additional variants of the G80, such as more complex ones that cost around $40,000 and more basic models that cost approximately $50,000.

Because it is available with a choice of two engines, both rear-wheel drive, and all-wheel-drive configurations, and a few different trim levels, the price may range quite a little. 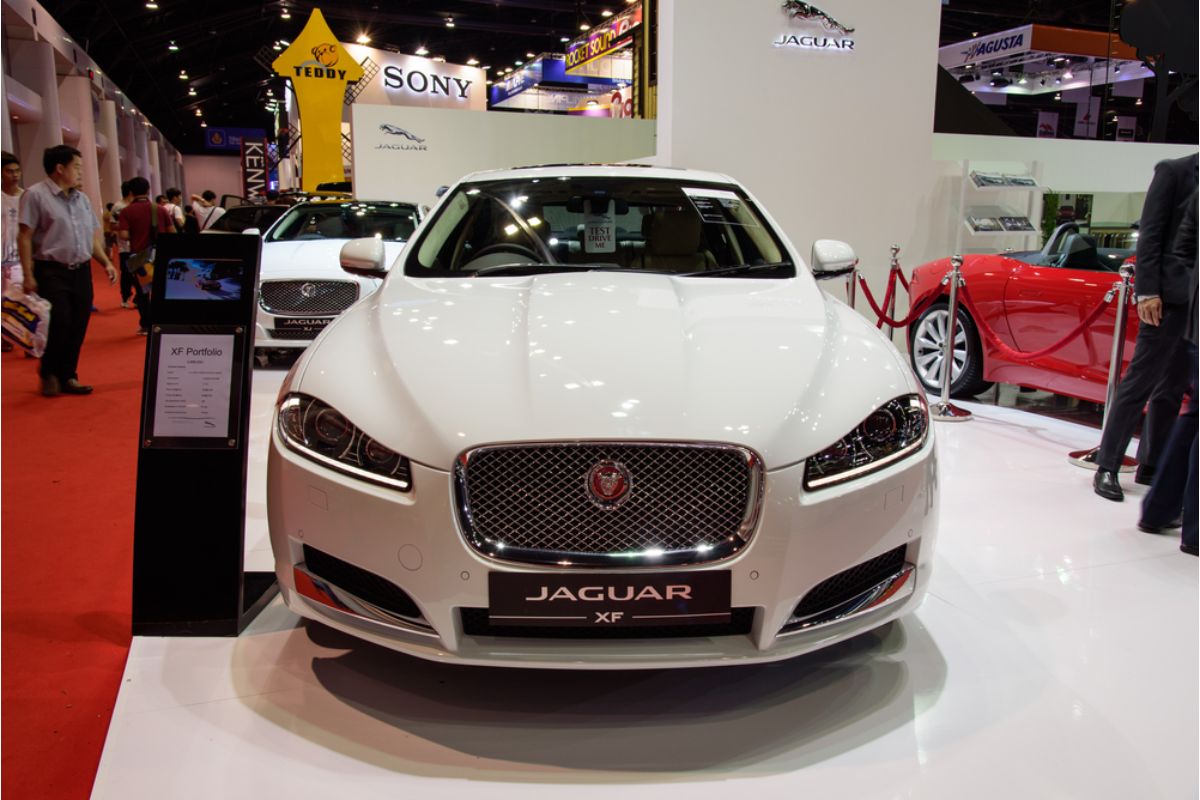 The Jaguar model year 2022 has a pleasant interior and delivers a refined driving experience, but it does not fare particularly well in comparison to other premium midsize cars.

It does have other characteristics that make it an incredible luxury vehicle. The inside was constructed skillfully, and it makes use of a variety of materials that are pleasant to the touch. The cabin is likewise quite nice, even though it cannot compete with those of its competitors.

The Jaguar has a base price of $45,300 and may go as high as $51,000 for the XF R-Dynamic SE trim level. The Jaguar XF comes standard with a Pivi infotainment system that has a huge curved 11.4-inch touch screen that is very simple to use.

In addition to that, it has physical knobs for controlling the audio and climatic settings. The steering wheel has various controls, including elements that allow wireless networking for smartphones.

It’s available with two different turbocharged four-cylinder engines, each of which is paired with an automatic gearbox that has eight different gear ratios. 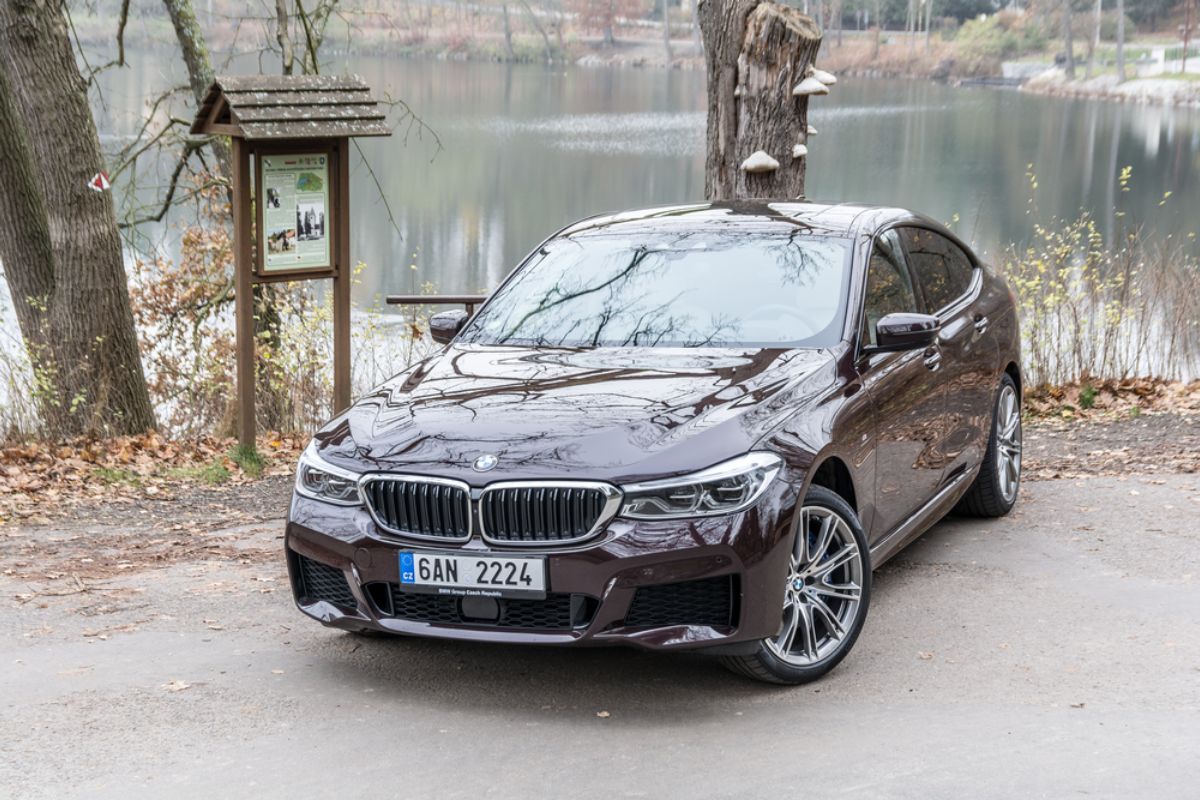 It has a luxurious interior, a vast selection of powerful engines, and a considerable amount of capacity for transporting freight. As a result of the high anticipated ownership costs, it does not do particularly well in the category of big luxury cars.

This particular model of BMW does not include the responsive steering that is standard on many other BMWs. In the year 2019, the BMW 6 Series Gran Turismo models were equipped with Apple CarPlay as standard. Additionally, these models received BMW’s active driving aid, which is packed with several cutting-edge safety features.

There are four different trim levels available, including the 640i, and the 650i, which are exclusive to the Gran Coupe, the M6, and the Alphina B6.

The 640i, which is the base model, is the most popular choice among customers. This is because it has a powerful engine, all-wheel drive, and an impressive array of amenities. The two most expensive trims provide superior engine performance but come at a higher price point than the other trims. 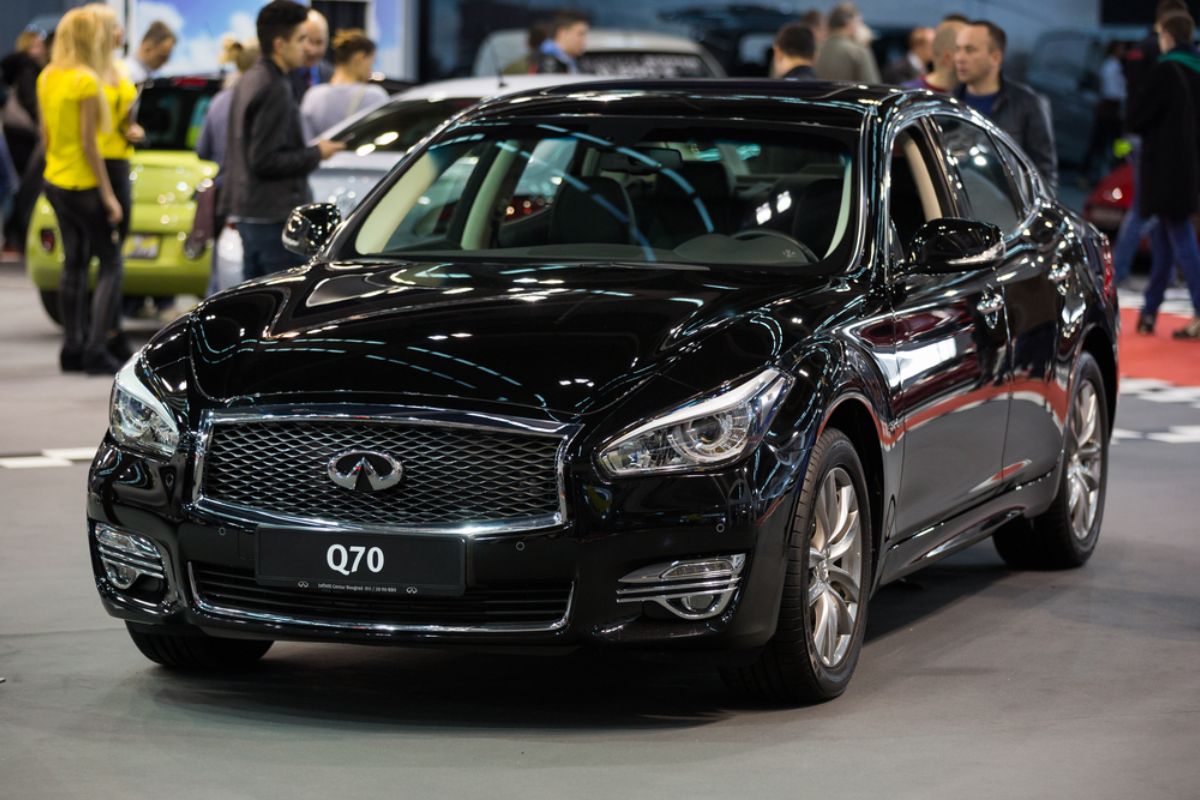 This luxurious midsize car has good ride quality and is pretty smooth overall. It comes with a choice of two strong engines and has snappy handling.

A cozy environment is created inside thanks to the generous amount of room available as well as the supportive nature of the chairs.

The Infiniti Q70 is not competitive with its contemporaries in terms of the numerous premium amenities that it offers. The price might vary anywhere from $38,005 to $55,691 depending on factors such as the vehicle’s mileage, its condition, and its location.

Both configurations provide the option of a rear-wheel-drive system. Both of these cars benefit from having a lengthy wheelbase, which results in an increase of 5.6 inches in the amount of legroom available in the back seats. 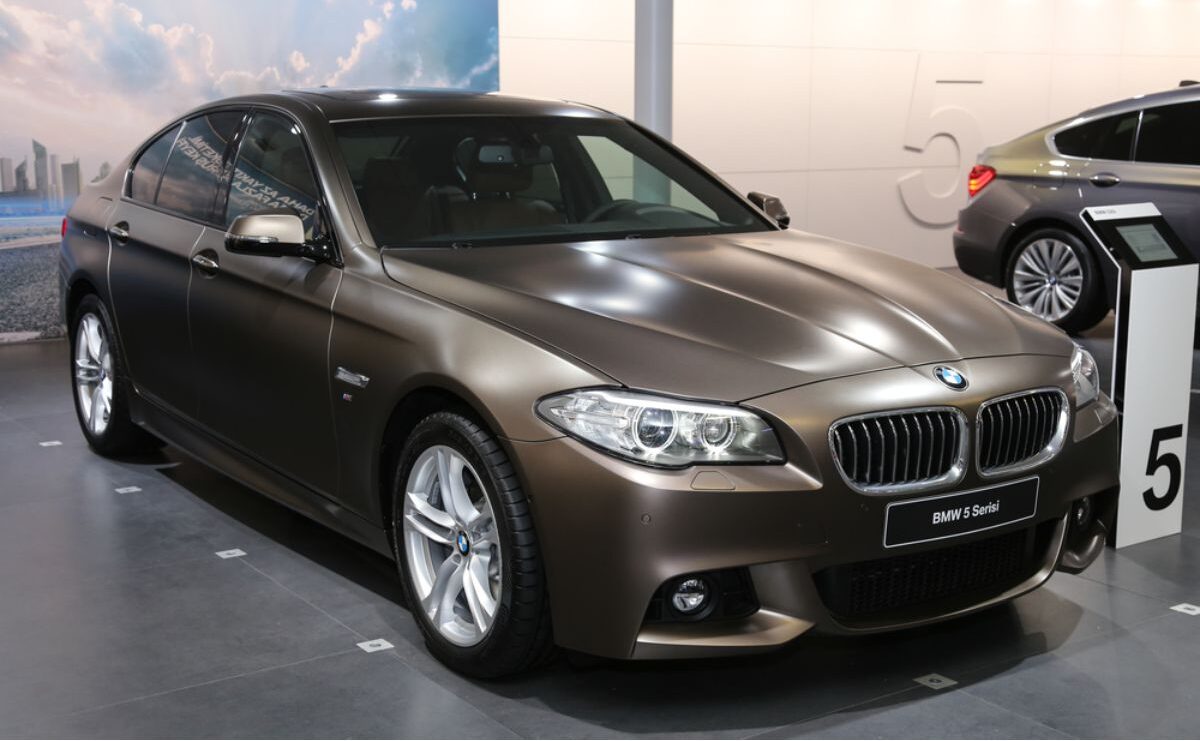 The BMW 5 Series features what is widely considered to be the most athletic handling of any premium midsize sedan. The BMW 5 Series is available with a total of seven different engine configurations, including three M5 variants that each have more than 600 hp.

M5 CS is BMW’s most powerful, limited-edition model, with 627 horsepower and a zero to 60 mph speed of fewer than three seconds.

The 5 Series features a much larger trunk than the A6, offering more cubic feet of capacity, in addition to an entertainment system that is simpler to use. The starting price of the 2022 BMW 5 Series is $54,200, which places it in the upper half of this class’ pricing range.