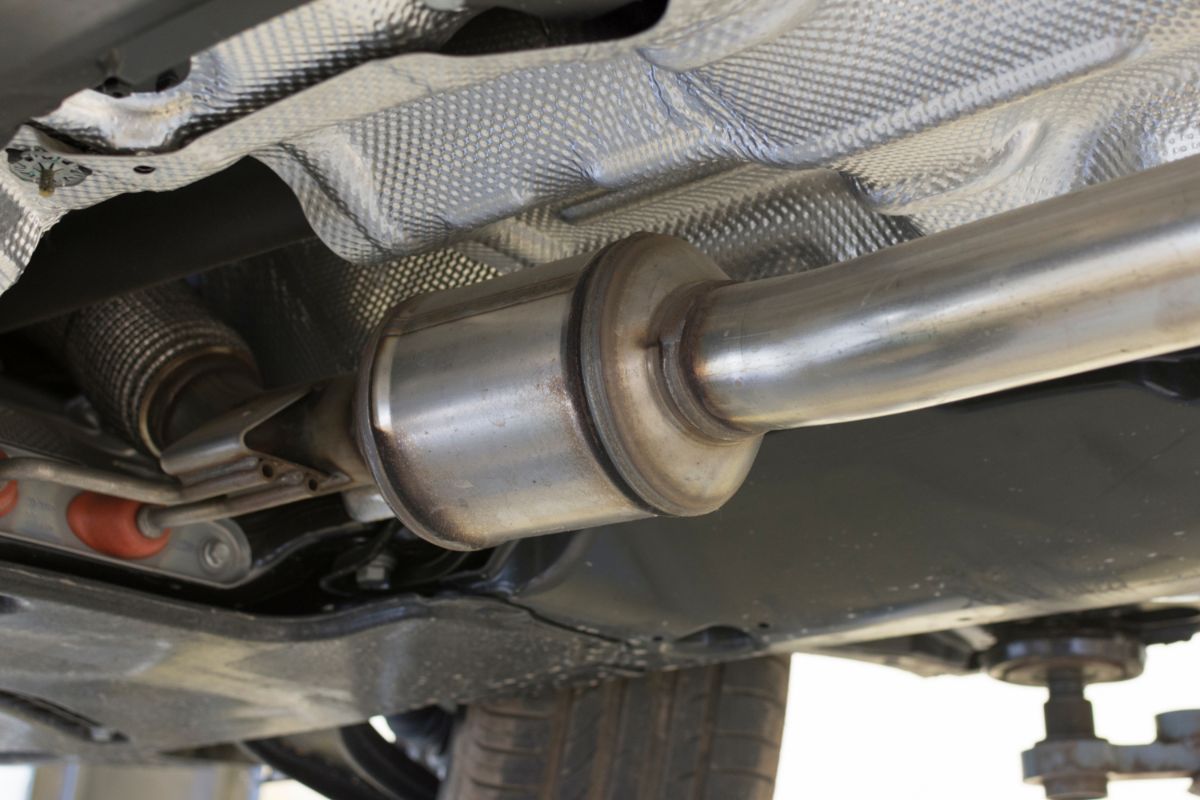 No catalytic converters are needed for electric vehicles. Internal combustion engines (the kind seen in typical gasoline-powered autos) make poisonous emissions; a catalytic converter neutralizes them by converting them to harmless water and gases.

Catalytic converters have been a standard auto part for decades, but you won’t find them in electric vehicles. Keep reading as I discuss the environmental impact of electric vehicles and how they stack up against conventional internal combustion vehicles.

Related: Electric Vehicle vs Hybrids | Do EVs Have Air Conditioning?

Do EVs Have Catalytic Converters? 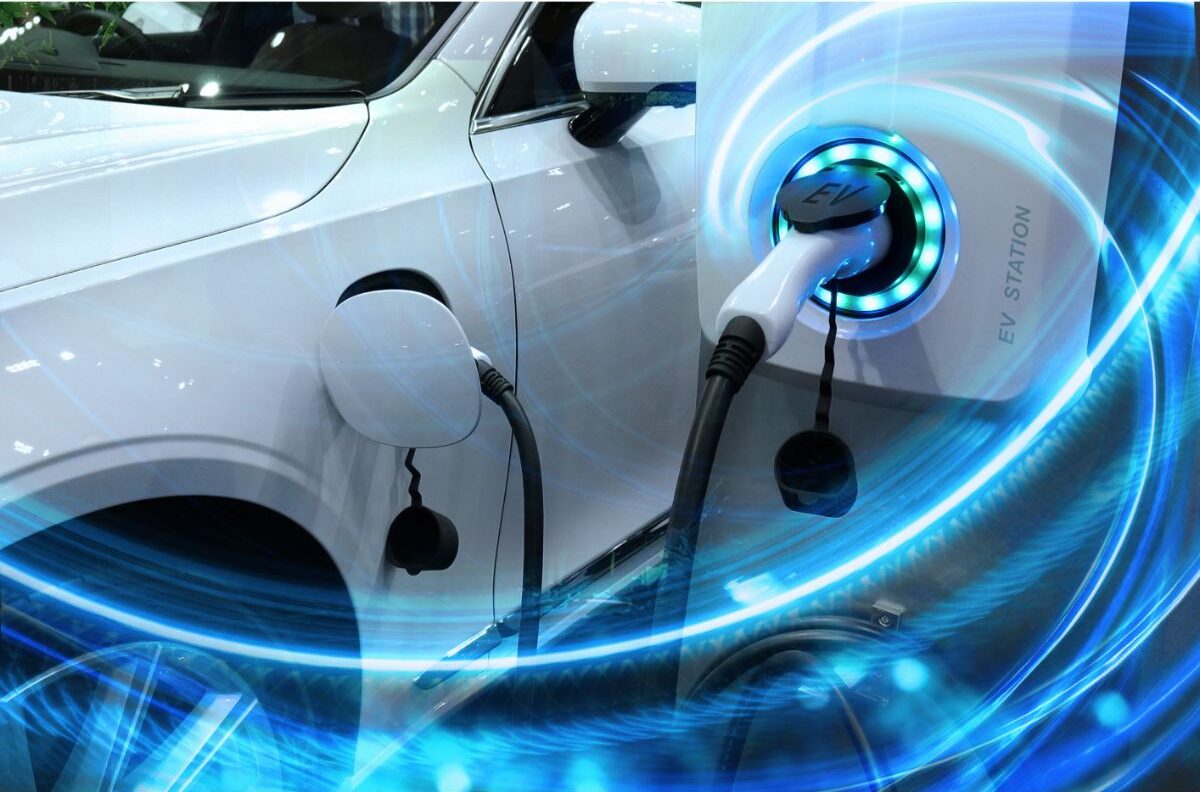 What are Catalytic converters?

Some of the hazardous hydrocarbons generated through burning we can mitigate with the help of catalytic converters commonly called lambda converters or exhaust gas recirculation (EGR) systems.

Governments across the globe began enacting emission limits because of the negative effects of internal combustion engines on the atmosphere owing to their high fuel consumption and pollution levels. 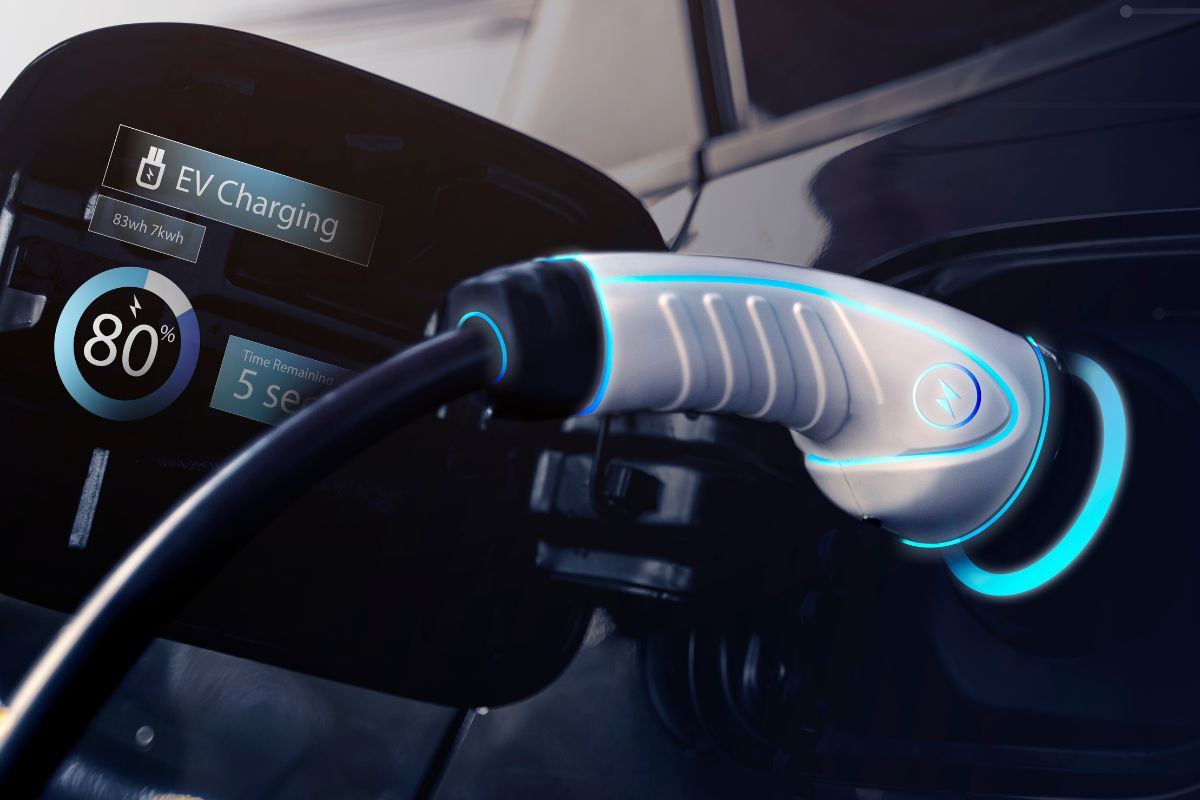 Very toxic gases such as hydrocarbons, carbon monoxide, and nitrous oxide, are let go into the air by an internal combustion engine (ICE) vehicles’ exhaust systems. The toxic pollutants become carbon dioxide, nitrogen, oxygen, and water by the catalytic converter.

Catalytic converters are unnecessary in EVs since electricity may be converted directly into mechanical motion. Since EV motors don’t produce emissions, a catalytic converter isn’t required. Electric vehicles (EVs) get going thanks to the electrical energy stored in their battery packs. Since no toxic byproducts are created, the procedure is environmentally safe.

What Is The Main Purpose Of A Catalytic Converter?

The catalytic converter’s main purpose is to lessen the number of dangerous gases released into the atmosphere. A vehicle’s tailpipe is where dangerous chemicals like carbon monoxide and hydrocarbons can escape into the environment.

Do All Cars Other Than Electric Have Catalytic Converters? 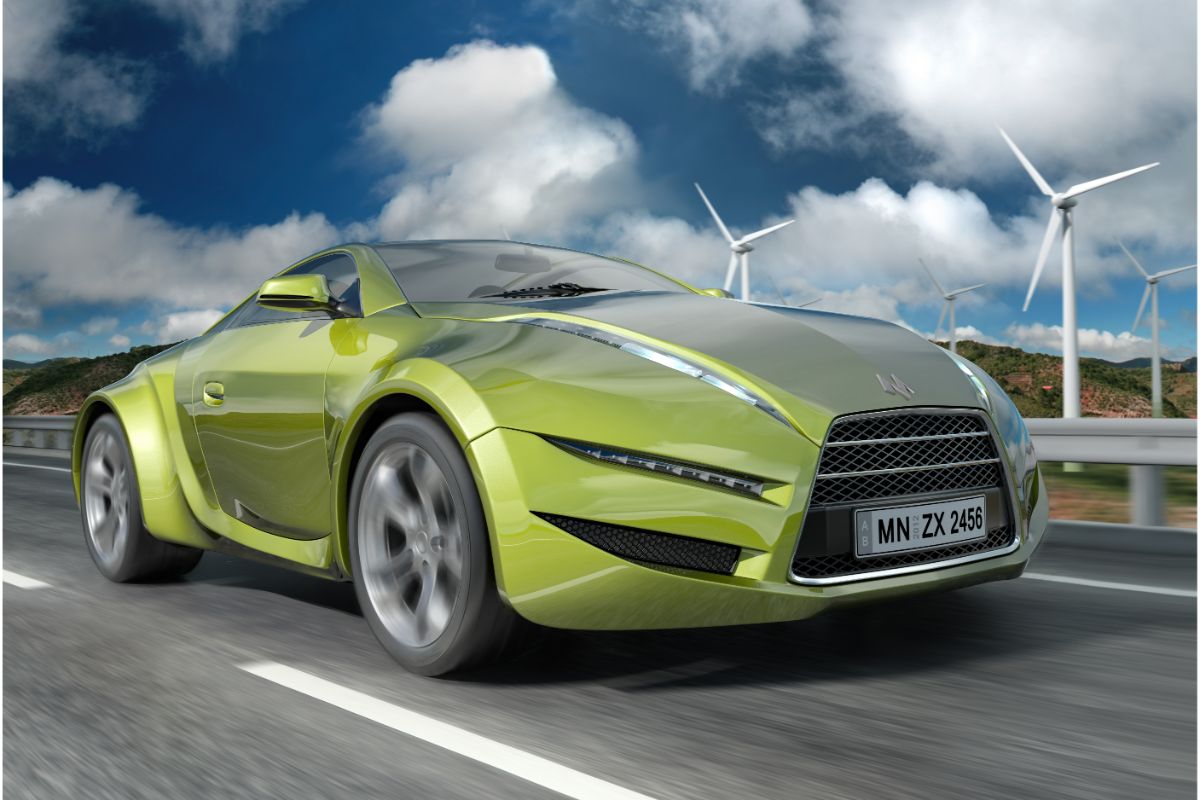 Catalytic converters were not standard on any car built before 1975, and the Chevrolet Caprice and Buick Regal of that year were among the first to include them.

In response to public concerns about air pollution, governments around the world have made the use of catalytic converters mandatory. The converters made sure the vehicles were legal for the roads.

Since then, more measures have been taken by authorities to decrease emissions, such as the elimination of leaded gasoline vehicles. Despite these advancements, catalytic converters continue to be standard equipment for most modern internal combustion engine vehicles.

The internal combustion engine is unnecessary for the operation of an EV, as was noted earlier. With their electric motors and rechargeable battery packs, EVs can travel on public roads without wasting petrol or contributing to air pollution.

Listed below is a simplified explanation of how electric vehicles function:

Electric vehicles can charge up at a charging point and then use that power later. The motor, powered by the battery, propels the vehicle forward. This motion is the result of a complex electrical system working in the background.

Key Components of an Electric Car

Understanding the inner workings of an electric car requires the dissection of its primary components. Among these central features are: 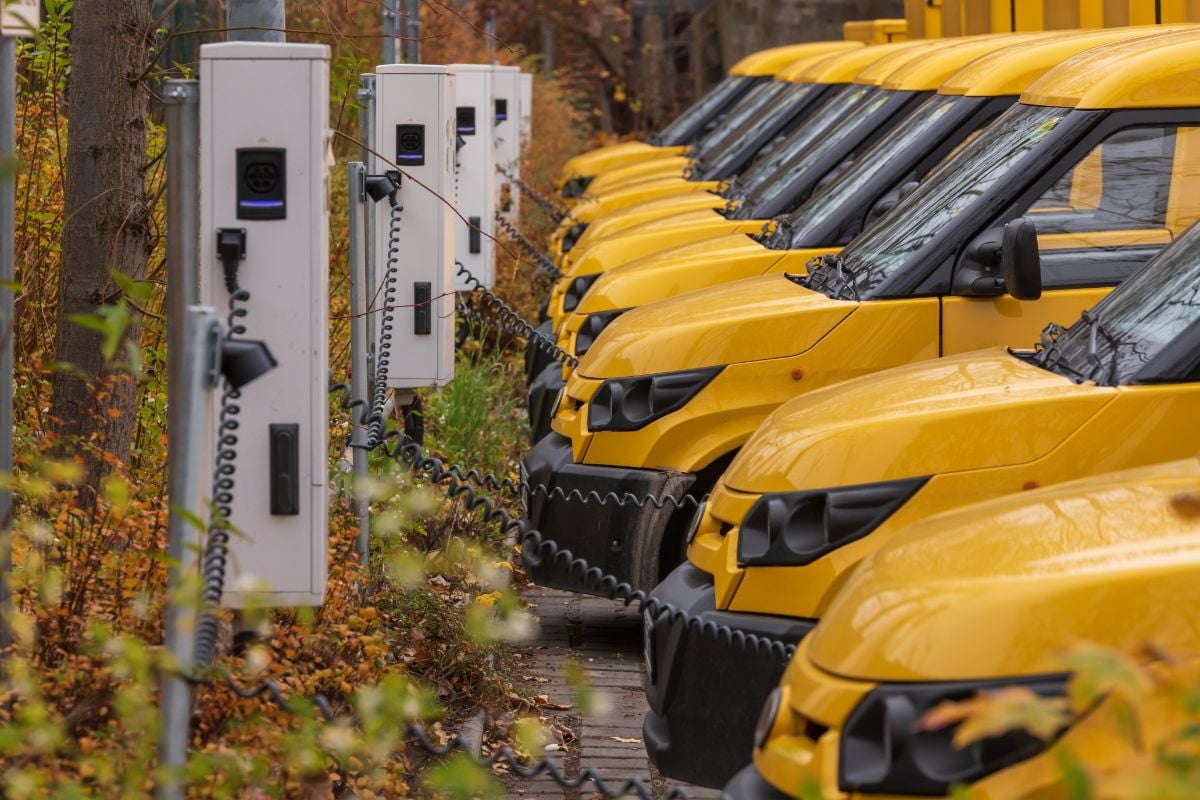 The battery pack of an electric car can be charged via a port installed on the vehicle. Electric vehicle supply equipment (EVSE), sometimes called a charging point, is the technical term for these power stations.

To charge an electric vehicle, a plug-in EV supply equipment (EVSE) must be connected to the vehicle’s charge connector at a home or business charging station.

Inverters are essential for EVs since lithium-ion batteries are only able to receive DC power, whereas electric traction motors need AC power. An EV’s speed is directly influenced by the inverter, which regulates the rate of the AC electricity being fed to the engine. 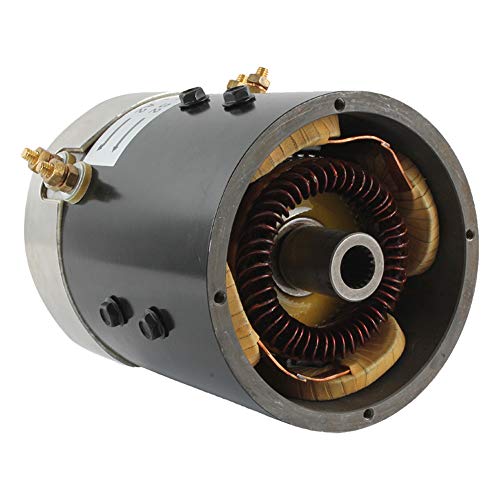 The inverter channels alternating current electrons to the powertrain, where they produce a spinning magnetic field and so turn the motor. Electric traction engines are efficient and reliable because, unlike internal combustion engines, there are no gears to move through to transfer foot force to the motor.

The primary purpose of the traction battery pack in an electric car is to store the energy the vehicle draws from the grid while it is being charged. A vehicle’s motor and other electrical components get their power from this source.

Rather than relying on the traction battery system to run everything, some EVs have a separate battery that is used exclusively to operate the vehicle’s gadgets. 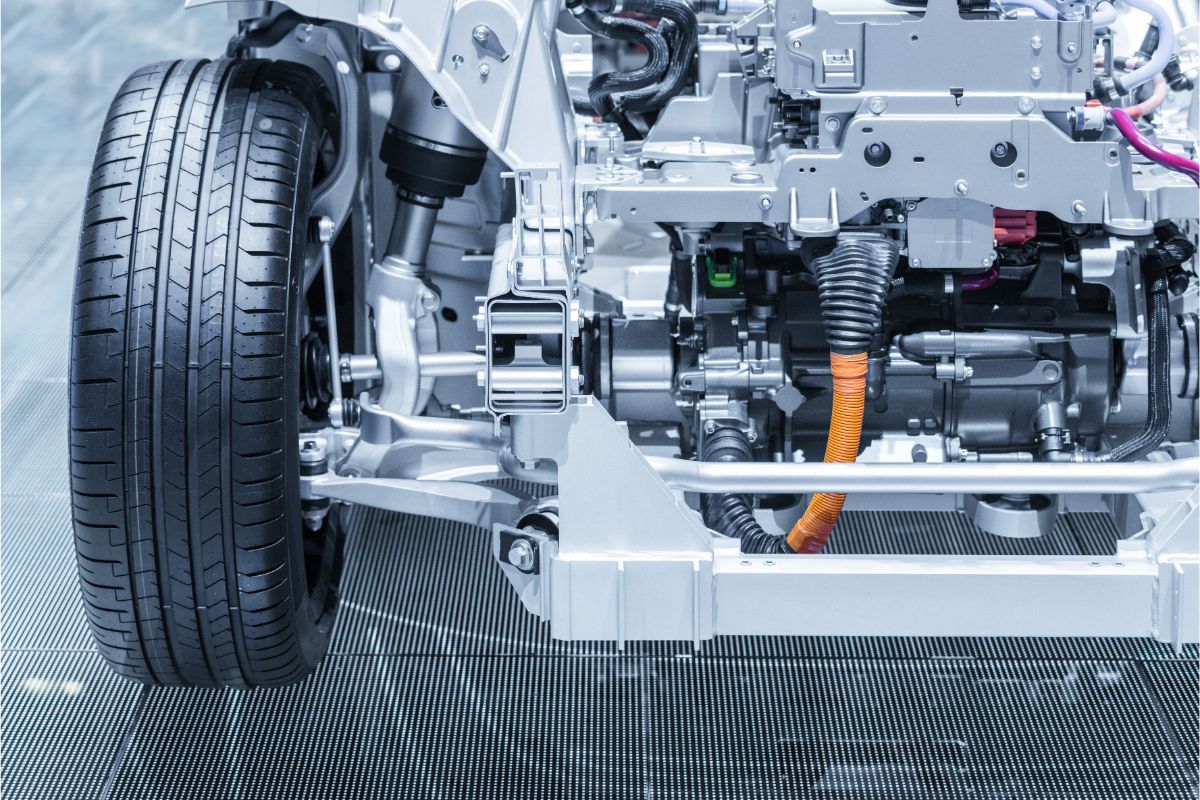 The powertrain of an electric vehicle is the entirety of the vehicle’s high-voltage electrical system. The traction battery, reduction drive, electric traction motor, and inverter make up the core of an electric powertrain.

These electric drivetrains are small in size, offer rapid torque, and produce minimal vibration. Several electric powertrain inverters can recapture lost energy while slowing. The term “regeneration” refers to the conversion of wasted AC power into DC power when braking.

These days, automakers provide a wide variety of electric vehicles, each with its own set of features and advantages. Types of EVs that are most widely used include: 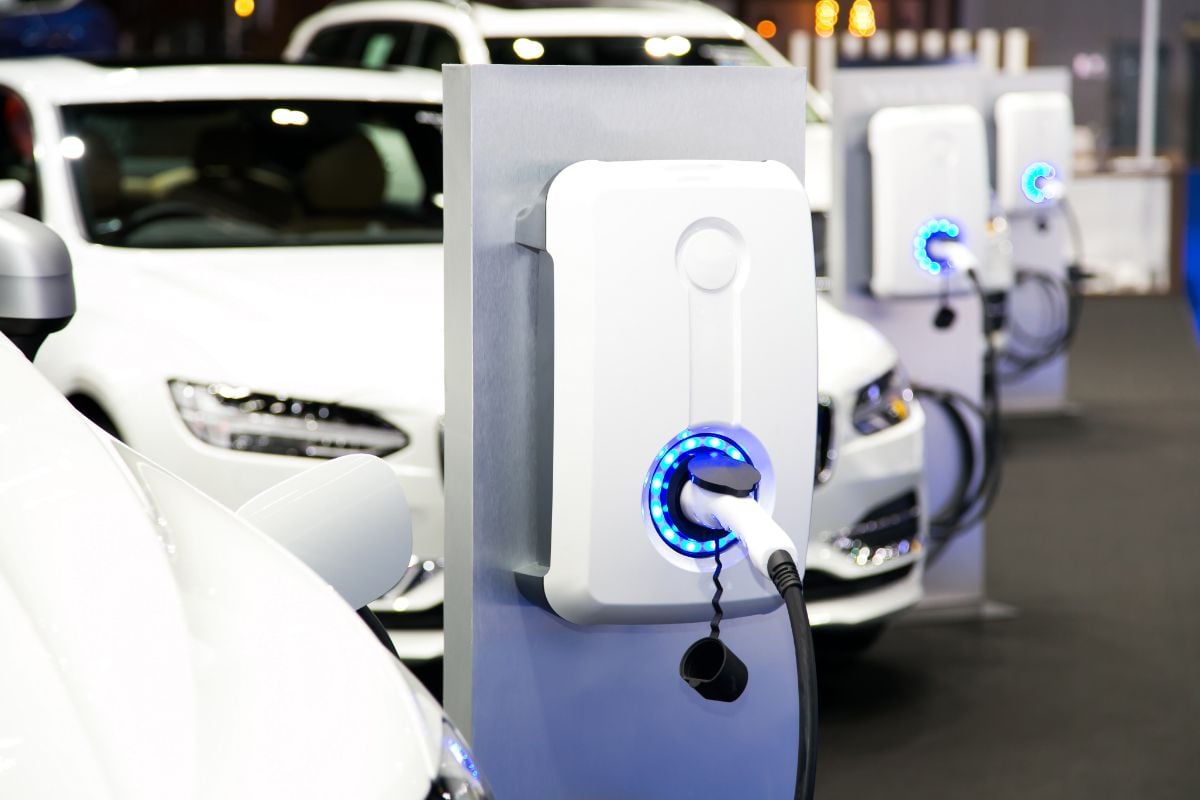 As a plug-in hybrid EV uses both an electric traction motor and an internal combustion engine, it must be charged using an EVSE and run on gasoline.

A plug-in hybrid vehicle (PHEV) uses electricity to propel itself until the battery pack is depleted, at which point the vehicle’s gasoline-powered internal combustion engine (ICE) takes over.

An HEV is a low-emission automobile that combines an internal combustion engine with an electric motor and a battery pack. These cars run mostly on gas and can’t be charged through a standard outlet.

Instead, a generator attached to the gas engine plus regenerative braking is used to charge the battery packs.

While this can’t exist fully on electrical energy, they achieve greater fuel efficiency by making use of a gasoline engine with higher efficiency and less power, and by operating that powertrain more effectively and only switching it on when needed. 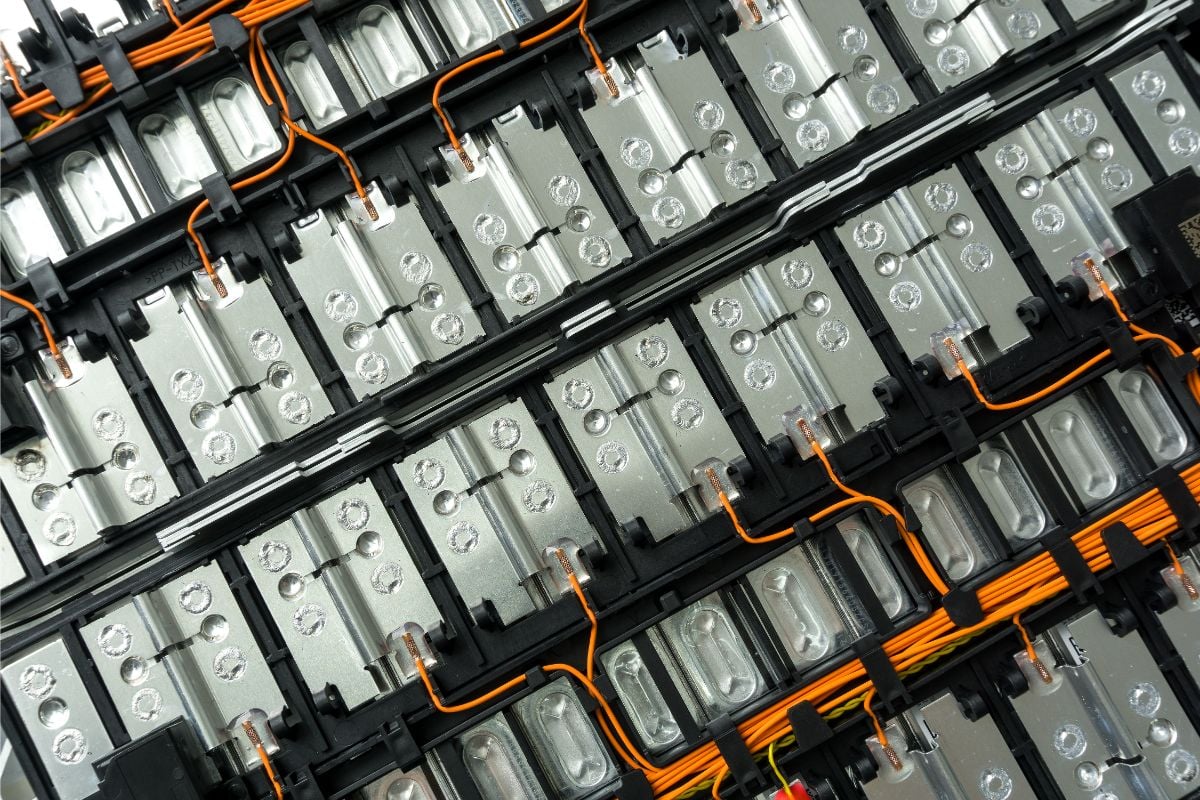 Because they don’t run on gasoline or internal combustion engines, BEVs don’t release any toxic gases out the back of the vehicle. The electric vehicle charging stations are the only source of power for these automobiles. The Nissan LEAF is a rechargeable battery-powered car.