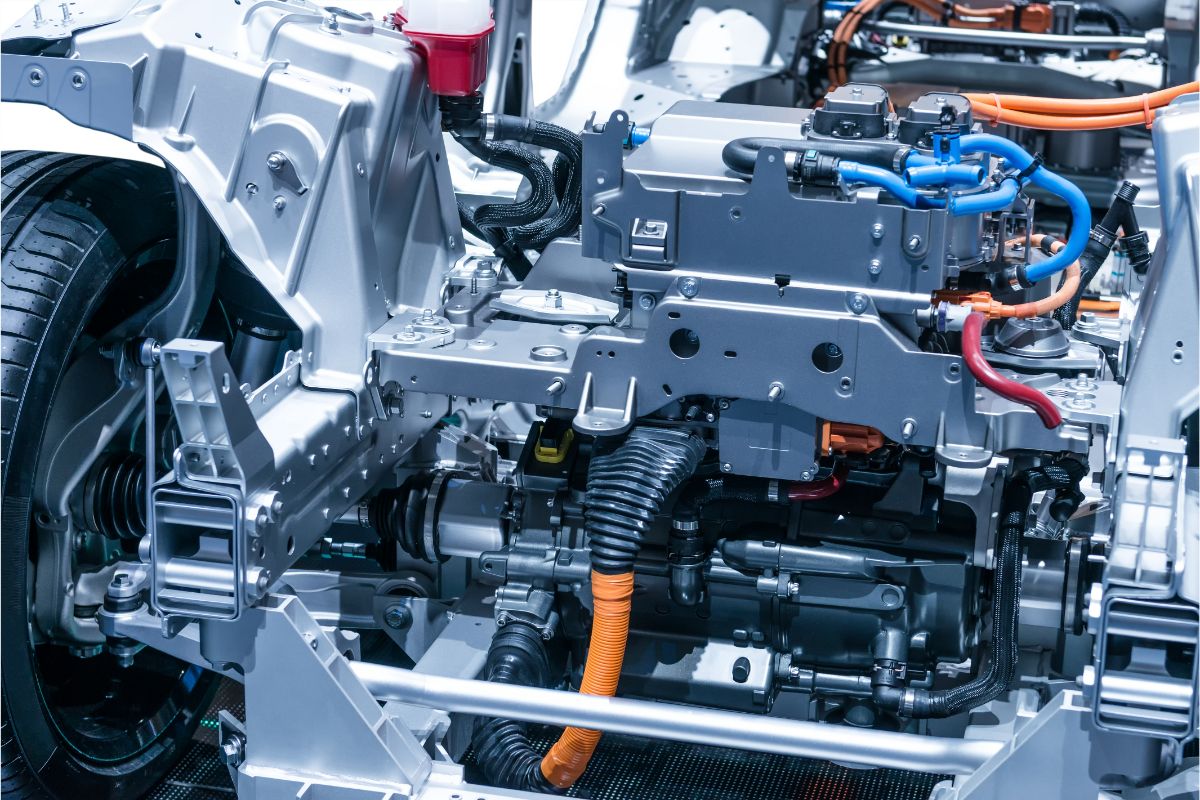 Having been steeped in the language of internal combustion engines for so long, most of us, including myself, struggle to understand electric vehicles. There are so many new things to learn. It would be correct to say that a tune-up of our knowledge base is required for electric vehicles. One of the things you may be wondering about is whether an electric vehicle has a motor, and if so, is it the same one found in a gas-powered vehicle?

To answer the first question, yes, electric vehicles have a motor. However, like the gas-powered ones, the electric motor is powered by electricity. The electric motor’s function is based on a process developed near the end of the 19th century.

This involves the use of a current to create a magnetic field on the stator, which is the fixed part of the motor. The displacement that occurs due to the magnetic sets a rotor, which is the moving part, in motion.

Most people’s minds immediately run to the type and size of the engine when they think about cars. This can lead to some confusion regarding motors and engines. While these two words are often used interchangeably, they refer to two different things.

How Does an Electric Vehicle Motor Work? 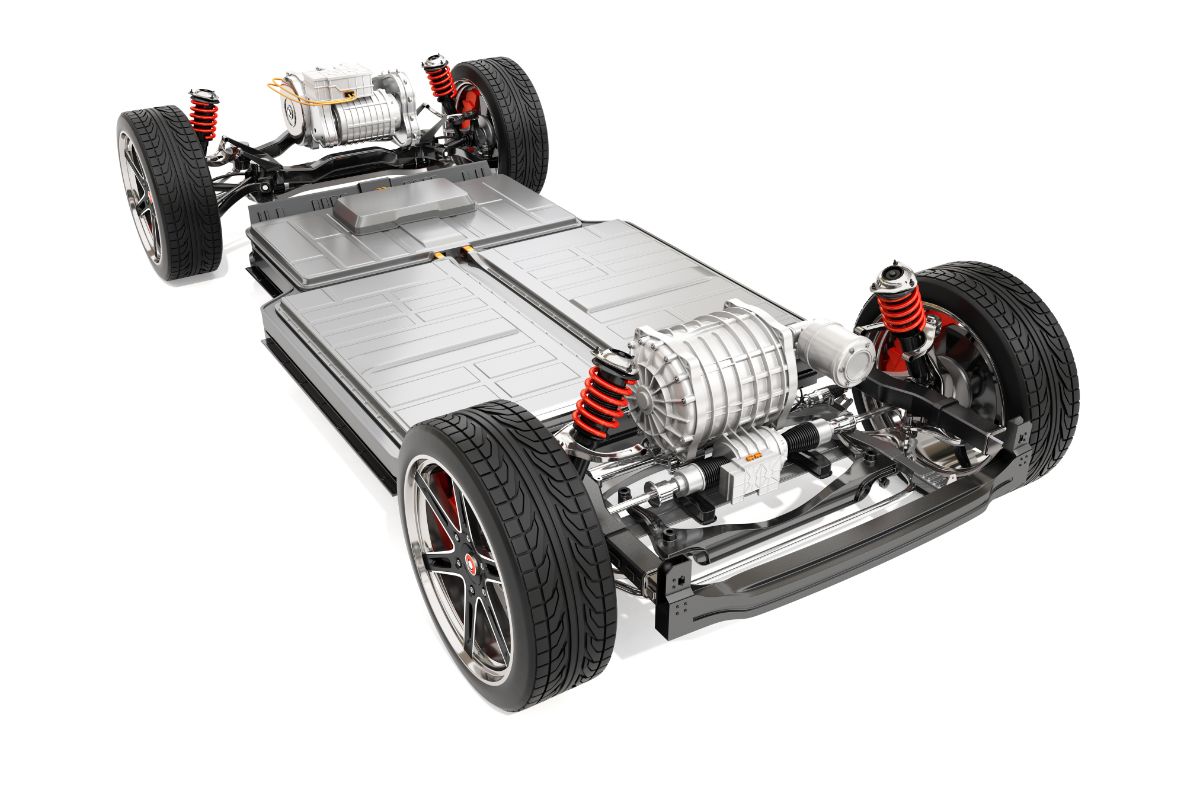 Now that we have established that an electric vehicle has a motor let’s take a look at how a motor works inside an electric vehicle. A motor is a very simple device. It basically uses current to create movement. Some motors use direct current, and some use alternating current.

A DC motor is directly connected to an energy source. Therefore, the rotation speed in such instances is directly proportional to the intensity of the current. While these motors are quite easy to produce, they tend not to be very powerful. They are also not very reliable. As such, motors found in electric vehicles are DC motors.

To fully understand how electric vehicle motors function, you first need an understanding of their basic components, the stator, and the rotor. There’s one major difference between these two parts. The rotor moves, and the stator is a non-moving part. For a motor to do its job, the stator utilizes energy to create a magnetic field that moves the rotor.

When it comes to how electric vehicle motors work, you need to know the difference between AC and DC. Electricity generally moves through conductors in two ways. Alternative current involves the movement of electrons where they periodically change direction.

Related: Is a Car Battery AC or DC?

What are the Types of Electric Vehicle Motors? 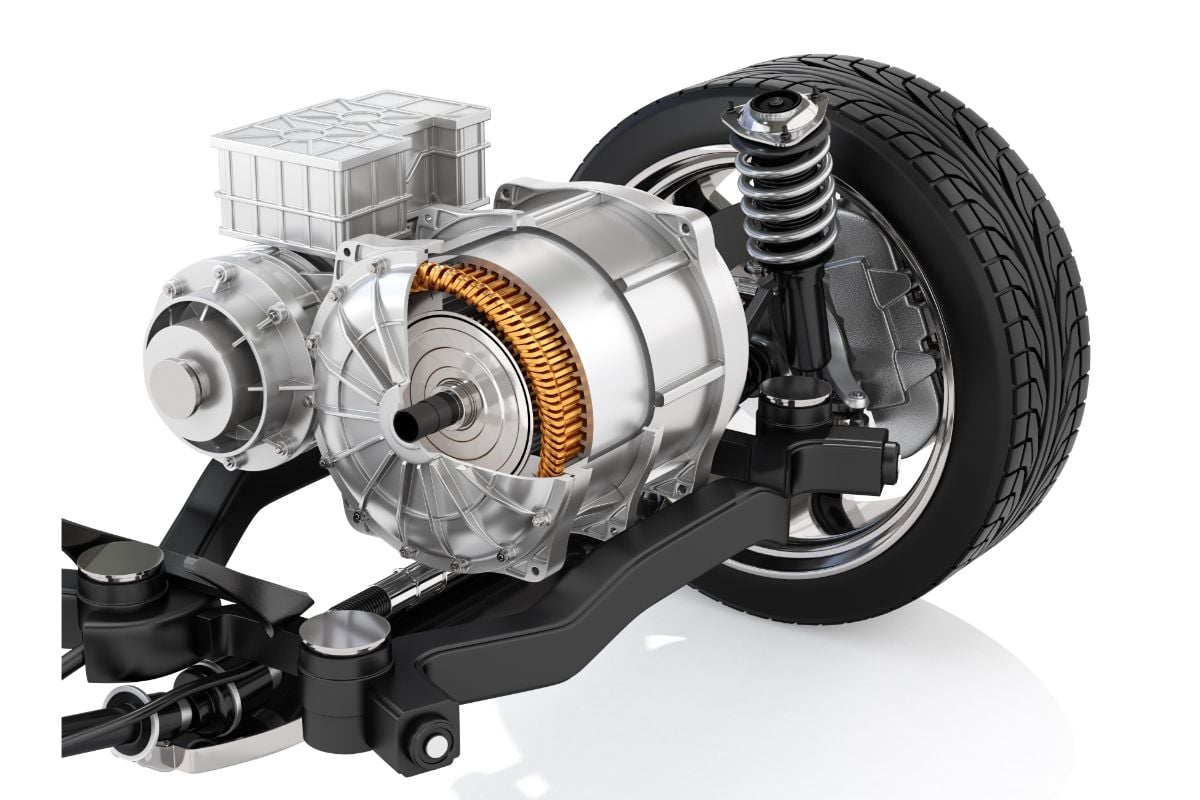 In a synchronous motor, the rotor also doubles up as an electromagnet. It actively participates in the generation of a magnetic field. The rotation speed of the rotor, therefore, depends on the frequency of the current powering the motor. As such, you will find that synchronous motors are perfect for cars meant for urban driving. They make it easy to stop regularly and start at low speeds. 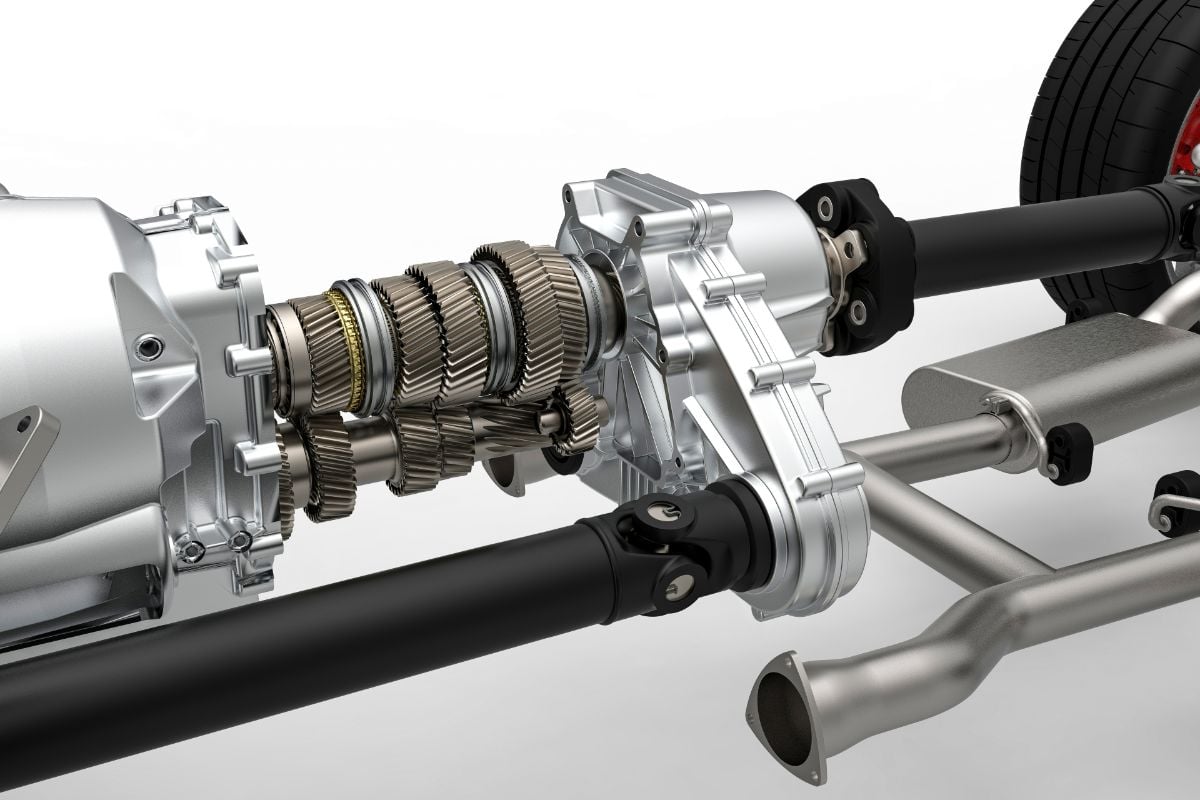 This type of electric motor is used on vehicles like the Renault ZOE. The externally excited synchronous motor comprises an electric motor magnet made using a copper coil. This is a very complex industrial process.

However, it makes it possible for engineers to deal with supply issues and maintain a perfect ratio between weight and torque. The external excited synchronous motor manufacturing process involves dedicated coil winding and an impregnation process.

How is the Electric Motor Powered?

Before the electric motor can turn, electricity has to go through several steps. While the electric motor needs to receive energy as alternating current, the battery can only charge using DC. This means there are several steps where energy needs to be converted from AC to DC. As you know, power from the grid is delivered as AC. When you connect your electric vehicle, the AC current will pass through your car’s onboard charger, which converts it to DC.

You can think of this charger as an AC to DC converter. The charger will then send power to the battery for charging. There are some chargers, known as rapid chargers, that do perform the conversion from AC to DC before the current reaches the car. Rapid chargers are usually found on parking lots and on the highway. This means the energy goes straight to the battery as DC, and this results in a faster charging process.

As mentioned before, a car needs AC to power its motor. This means another conversion has to take place when power is coming from the battery. This is done using an inverter located in the powertrain.

A lot of expertise is required to construct the different elements of EVs. For instance, to come up with a stator, the engineers needed to figure out how to wind 2000m of copper wire into tiny notches in thin sheets of metal. This process had to be completed without damaging the insulation that covers the sheet metal.

Is An Electric Motor Efficient? 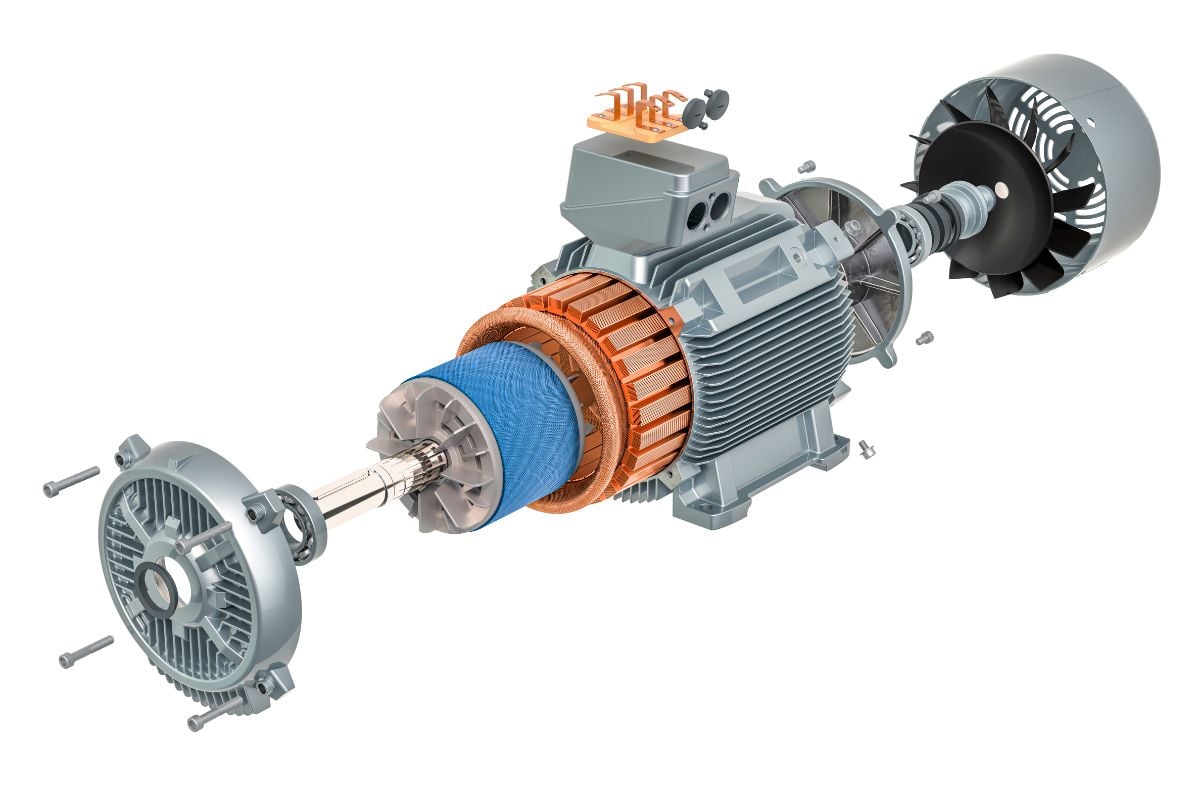 To figure out whether an electric motor is efficient, we need to look at the output of an electric car. This simply refers to the difference between the electricity used by an electric vehicle and the useful energy that drives the motor. This ratio is better known as conversion efficiency. Not all the power delivered to the motor results in speed.

Some of the power is lost through heat and friction. This means the motor will not benefit 100% from the battery’s charge. The power output of electric vehicles depends on the motor’s volume and the wattage of the current. Highly efficient cars are able to convert most of the power that comes into the motor into torque.

What Type of Motor is Found on Hybrid Electic Vehicles?

Hybrid electric vehicles feature two different types of motors. They have an internal combustion engine and an electric motor. In the past, batteries on hybrid vehicles relied on regenerative braking. This means that the majority of the power came from the combustion engine.

However, there is a new breed of hybrid electric vehicle known as the plug-in hybrid. Vehicles with this technology come with a dedicated charging socket. This means they don’t only rely on regenerative braking. Instead, they can be charged like fully electric vehicles.