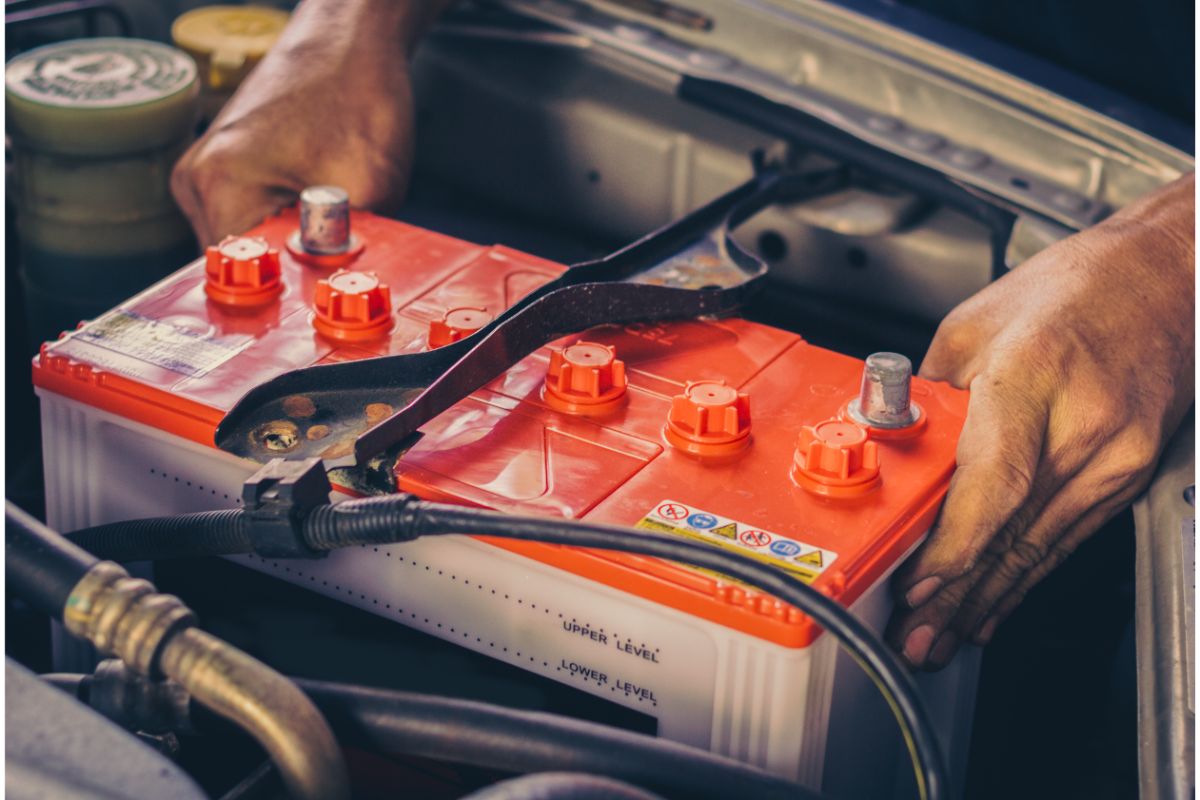 Drumroll, please! A car battery is always DC. There are some exceptions, but they are very few and far between. Research indicates that Tesla uses AC induction motors in their Model S, an electric vehicle (EV). The alternator which connects to the car battery uses AC. But before we roar off into the sunset, let’s back up a little.

Contents Show
What Are AC and DC, Brothers From the Same Mother or an Electric Band?
Tell Me More About AC!
What Is AC Good For?
Tell Me More About DC!
What Is DC Good For? Or Rather, Why Are Batteries Always DC?
Is There Such a Thing as an AC Battery?
Why Do Cars Use DC? Or Rather, Why Do Car Electronics Use DC?
Is a Car Alternator AC or DC? Symbiotic Engineering for your Convenience
Are Lithium Batteries AC or DC?
Is Your Home AC or DC? But that shouldn’t be your first question.
Why Is the Power Grid AC?
AC And DC, Two Sides of the Same Coin!

What Are AC and DC, Brothers From the Same Mother or an Electric Band?

AC stands for alternating current, and DC stands for direct current. The main difference is that one is constant (DC), and the other is not (AC). They were both developed around the same time in the 1880s.

The developers were Thomas Edison (DC) and Nikolai Tesla (AC), with George Westinghouse acquiring the patents for AC. There is even a movie about that time, referred to in history as the War of the Currents.

Tell Me More About AC! 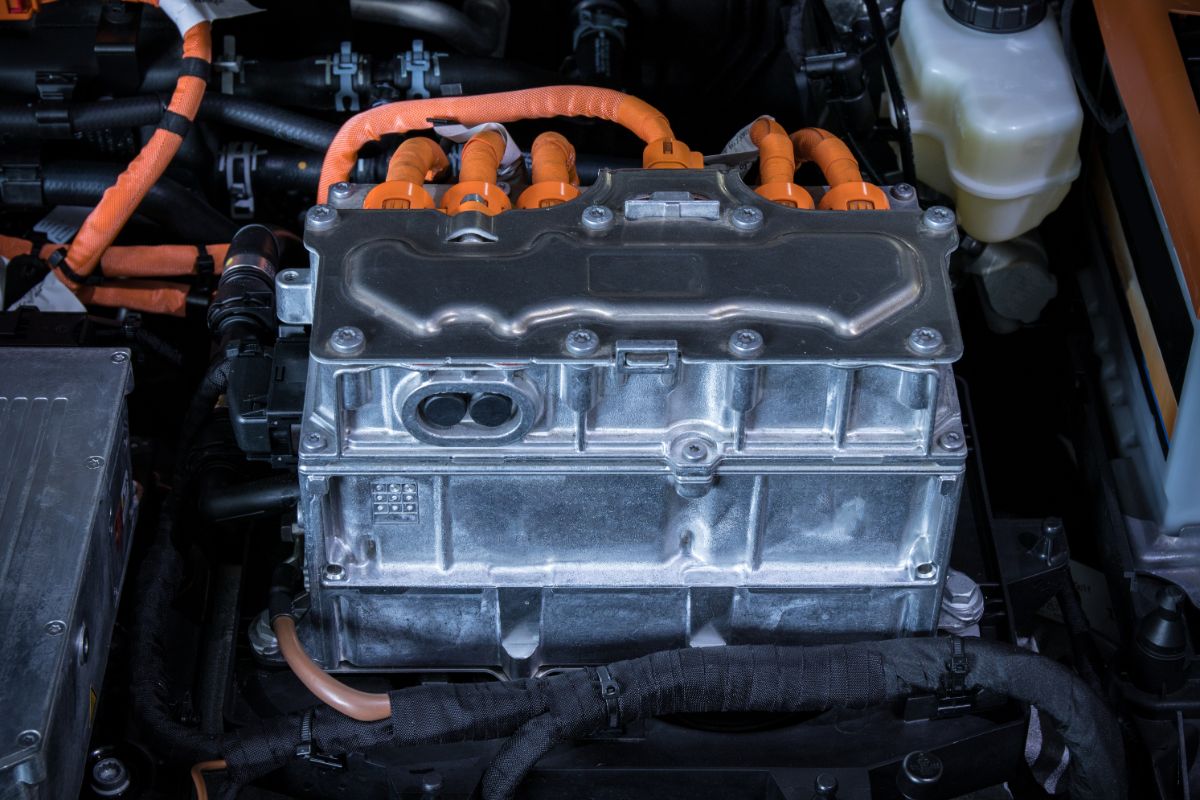 It also happens faster than you can imagine and is measured in cycles per second, known as Hertz (Hz). These cycles can continue indefinitely.

What Is AC Good For?

Although your EV may primarily use DC when you charge your car (plug it in), it is charged using AC. This is because your home is powered using AC, but more on that later. An inverter converts this AC energy to DC, which your battery stores.

Your vehicle also has something called an alternator. The clue is in the name because an alternator is a generator – of electricity, that is. The alternator converts mechanical energy into electrical energy.

It is essentially spinning magnets around a coil that generates AC. This AC passes from the alternator to the rectifier, which converts the current to DC. This is stored in the battery. An alternator is a reasonably new invention.

The engineering essentials began to appear in cars, army vehicles specifically, during the Second World War.

Tell Me More About DC! 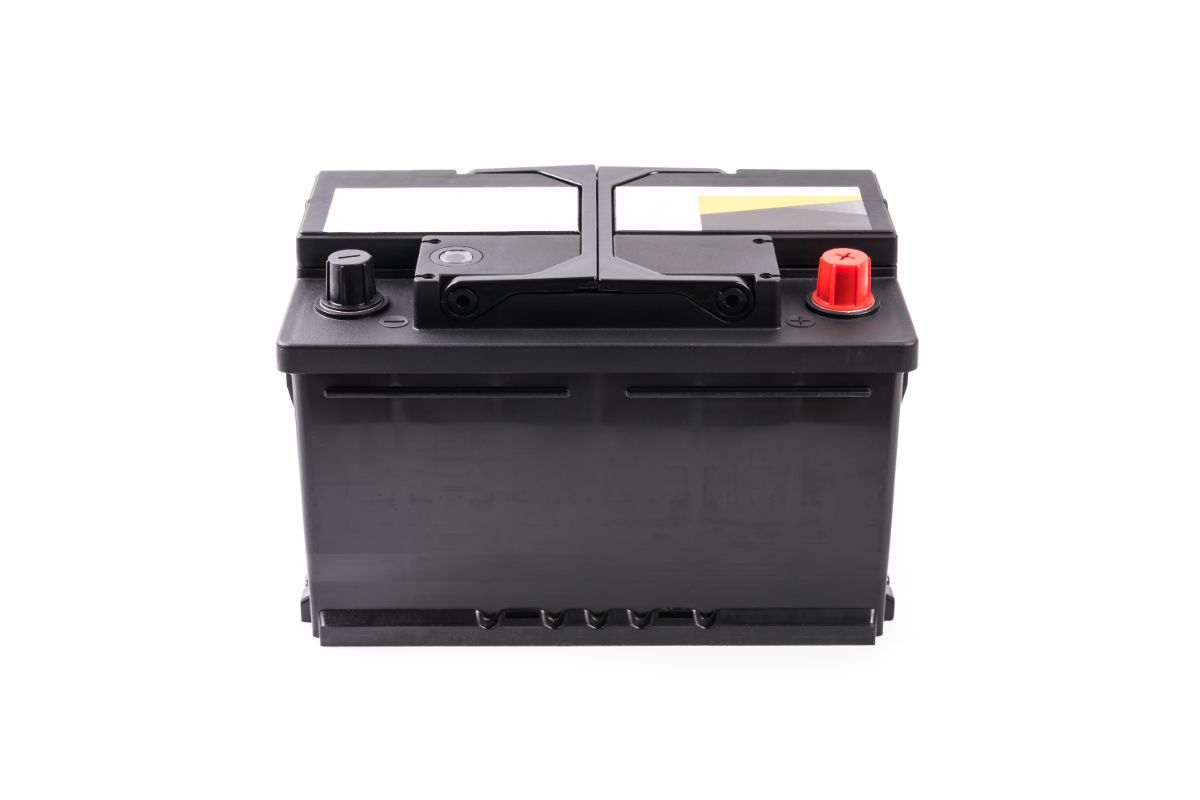 DC has a one-track mind. It never looks back and only flows in one direction. All batteries are DC, as are fuel cells and most electronics. In the case of electronics, like televisions, AC enters the device but converts to DC to power and run the device correctly. Specifically, batteries have static positive (+) and negative (-) terminals.

What Is DC Good For? Or Rather, Why Are Batteries Always DC?

It seems counterintuitive. If the electricity has to be converted back and forth from AC to DC and vice versa, why even use DC? The simple answer is that it’s a hardware and storage problem.

I mentioned in the beginning that AC changes directions very, very quickly. Faster than you can blink. To charge a battery, the terminal would need to change an average of 50/60 times per second to store the electrical charge.

If you pop the hood, you will see that your battery terminals are static. Nothing short of a minor miracle, a magic spell, or some future engineering genius (think Howard Wolowitz, not Sheldon Cooper) will change that.

The same is not true for DC because it only travels in one direction. This one direction your current travels in means you can have static terminals. Instead of the charge canceling itself out as it would with AC in a battery with immovable terminals, the battery charges, and the electricity is stored.

Is There Such a Thing as an AC Battery?

The answer is yes and no. There is a company that says they have something they call an AC battery system. An esteemed battery specialist developed this system, which works by doing away with the inverter and replacing it with a biode.

This is extremely interesting from a renewable energy perspective. But, we are still not quite at mass replacement of DC batteries in vehicles. Although maybe Elon Musk has something in his back pocket, we don’t know about yet.

Why Do Cars Use DC? Or Rather, Why Do Car Electronics Use DC? 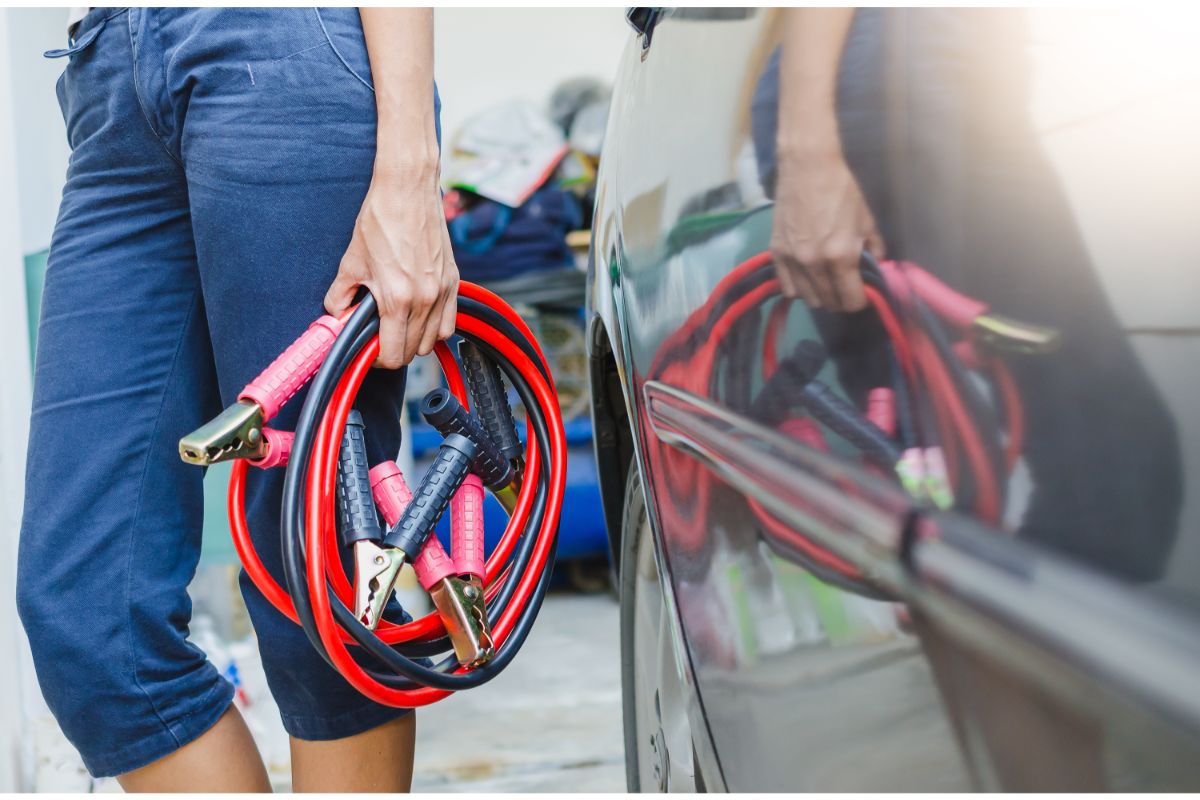 We also know that there isn’t yet an AC battery capable of holding an electrical charge for a car without intervention or excessive expense.

The electrical components in a vehicle are finicky and like predictable. The voltage must be constant, and they don’t like the mixed signals from AC, whereas DC is unidirectional and either ON or OFF. DC is also easier to control and direct, for lack of a better term.

Electricity is also a valuable resource, and as AC crosses back and forth across zero, there is a measurable loss of power. Until we can wholly subsist on renewable energies like wind and solar to generate electricity and charge our batteries, even if they are in EVs, we need to minimize power drains.

Is a Car Alternator AC or DC? Symbiotic Engineering for your Convenience

The most straightforward answer is that an alternator is AC. What really happens is that your alternator produces AC, but because the car needs DC to function, the output of an alternator is DC. The AC is converted with a rectifier into DC for your vehicle to use.

An alternator is a very, very necessary component of your vehicle. While the battery will provide the starter motor with enough power to get the car to start, this will drain the battery.

Therefore, when you jump-start a car, you need to drive around a little while before switching it off so that the alternator has a chance to restore the charge to the battery. The alternator converts the mechanical force produced by the engine into AC. This is later converted to DC, which charges the battery and runs the electrical system in your car.

If your battery is constantly failing or you find it drained, it might be that the battery needs replacing. But, there may be a problem with your alternator. A service center or auto shop will need to check your alternator if you have this concern.

Are Lithium Batteries AC or DC? 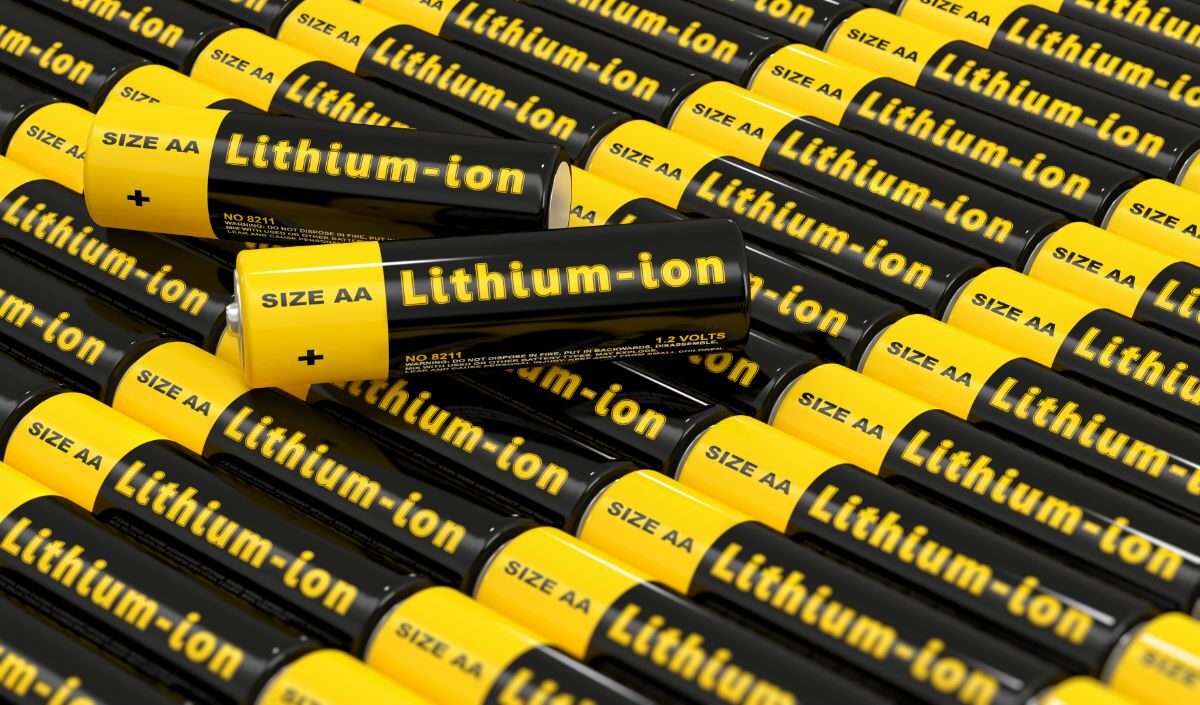 Lithium batteries, like 99.9% of standard batteries, and even those in your EVs, are DC. There is so much going on around us with electricity, volts, hertz, amps, and terminals. When you initially start researching this kind of topic, it is a veritable rabbit hole.

In 2022, the accepted rule of thumb is that if it is a battery, it is DC until proven otherwise.

Is Your Home AC or DC? But that shouldn’t be your first question.

Your first question should be whether the electricity the energy grid supplies is AC or DC. The answer is AC, and in one fell swoop, you get two answers with one question. Your home is also AC. If your home devices or appliances need DC, they will come with a built-in converter or rectifier. You won’t even know the conversion is happening.

Why Is the Power Grid AC? 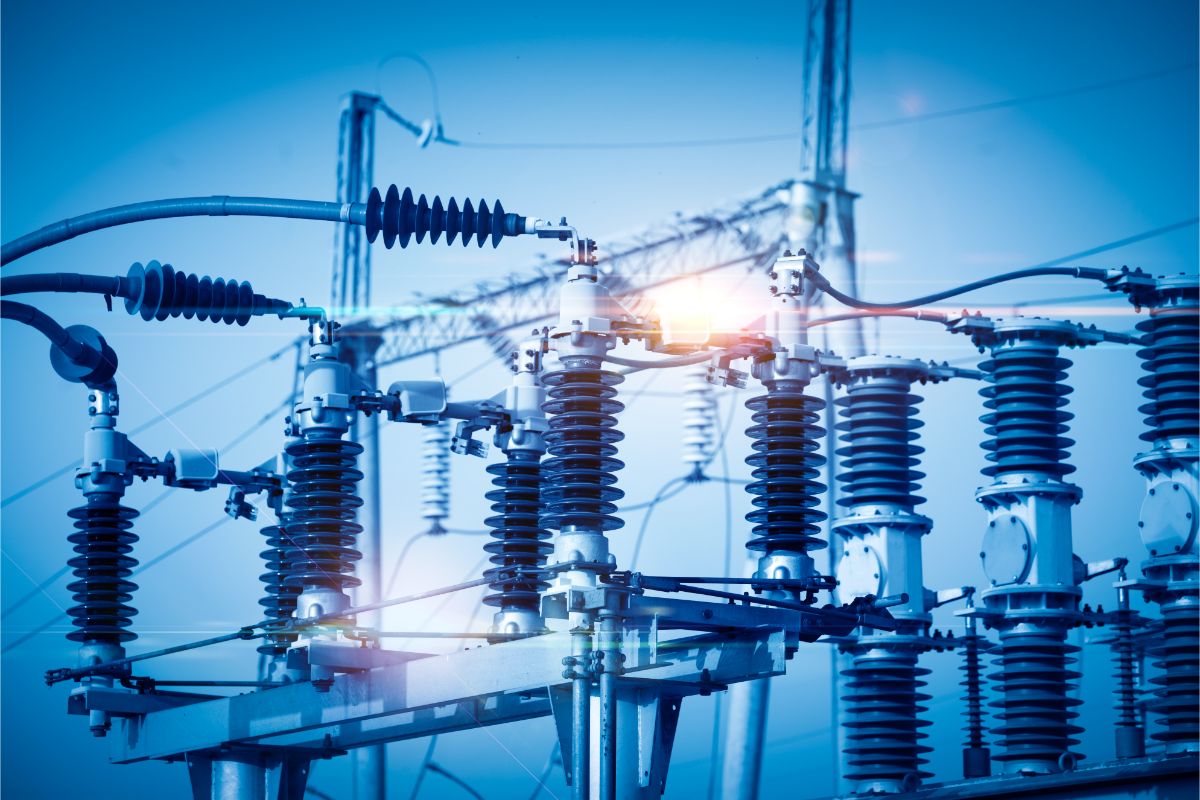 The power grid is AC because it’s more practical. DC does not convert to different voltages easily, and the current intensity changes over time. This loops us back to car batteries, where I said one of the advantages of a DC car battery is that the voltage doesn’t change. \

AC And DC, Two Sides of the Same Coin!

Car batteries are DC! They are DC because it is easier to store an electrical charge without jumping through AC hoops. The other main reason is that our electrical vehicle systems are designed based on our batteries being DC. Our alternators work overtime, making sure that the car battery charges.

The generated AC energy from the mechanical force of the engine is converted to DC using a rectifier. It is an excellent example of if it isn’t broken, don’t fix it.

Right now, your vehicle needs AC and DC to run, no matter what kind of fuel or gas you put in it. AC and DC are brothers from different fathers who work symbiotically to make our lives and transportation needs easier.