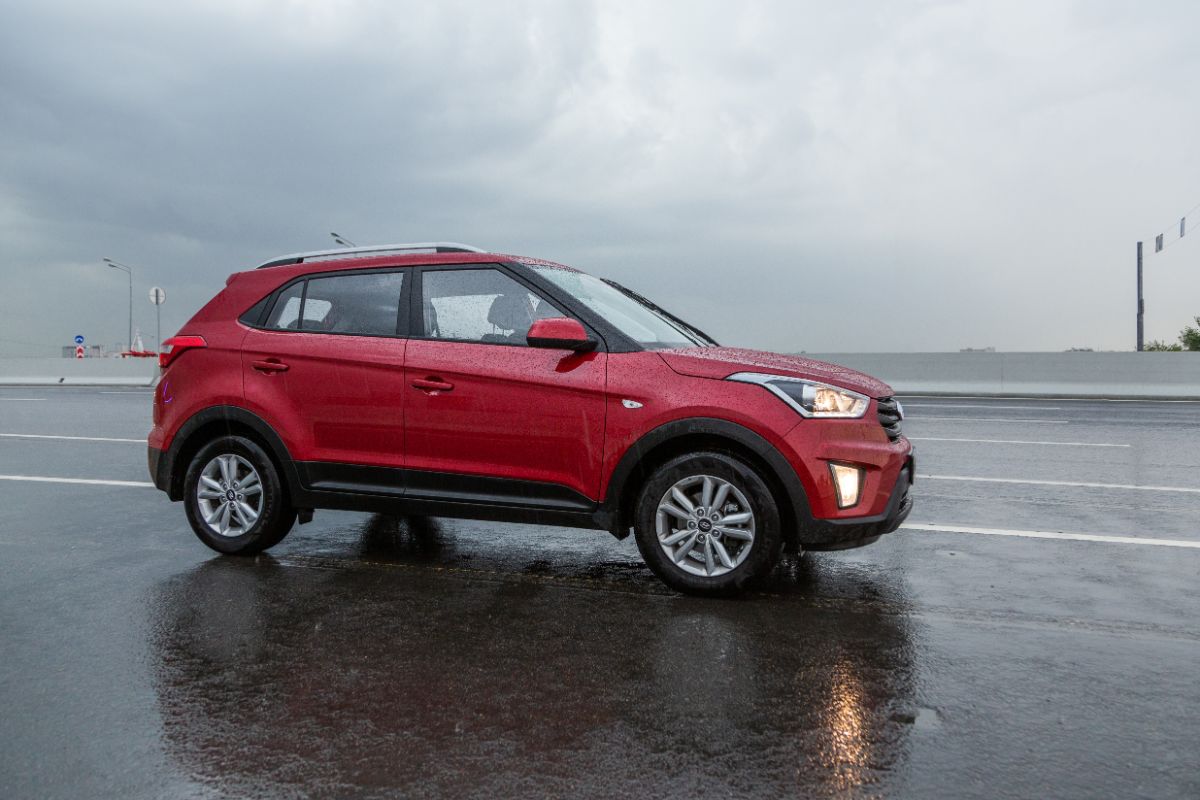 I used to wonder whether rain could damage my car paint or not until it occurred. I knew I had to get to the bottom of this to be sure and so, at this point, I would love to share what I discovered.

First, I would like to discuss the acidity of rain and how dangerous it is on vehicles.

Contents Show
Heavy Rain
What is Acid Rain?
How is Acid Rain Formed?
How to Fix Acid on Car Paint?
What is the Outcome of Dirt on Asphalt Combined with Rain?
What Happens With Parking Under a Tree?
Does Covered Parking Provide a Solution?
What About Paint Seal?
Should You Invest in a Tarpaulin?
Avoid Unnecessary Driving in the Rain
Should You Attach Mud Flaps?
Conclusion

Heavy downpours are difficult to escape from. This happens in April when the weather often changes within a few minutes of being outdoors. Even so, it is important to remember to protect a vehicle from heavy rain and heavy downpours to prevent damage.

For car owners, a rain shower means that the car is exposed to pollutants, which are harmful and can damage or stain the body of the vehicle. Let’s now see the effect of the acidity of rainfall.

What is Acid Rain? 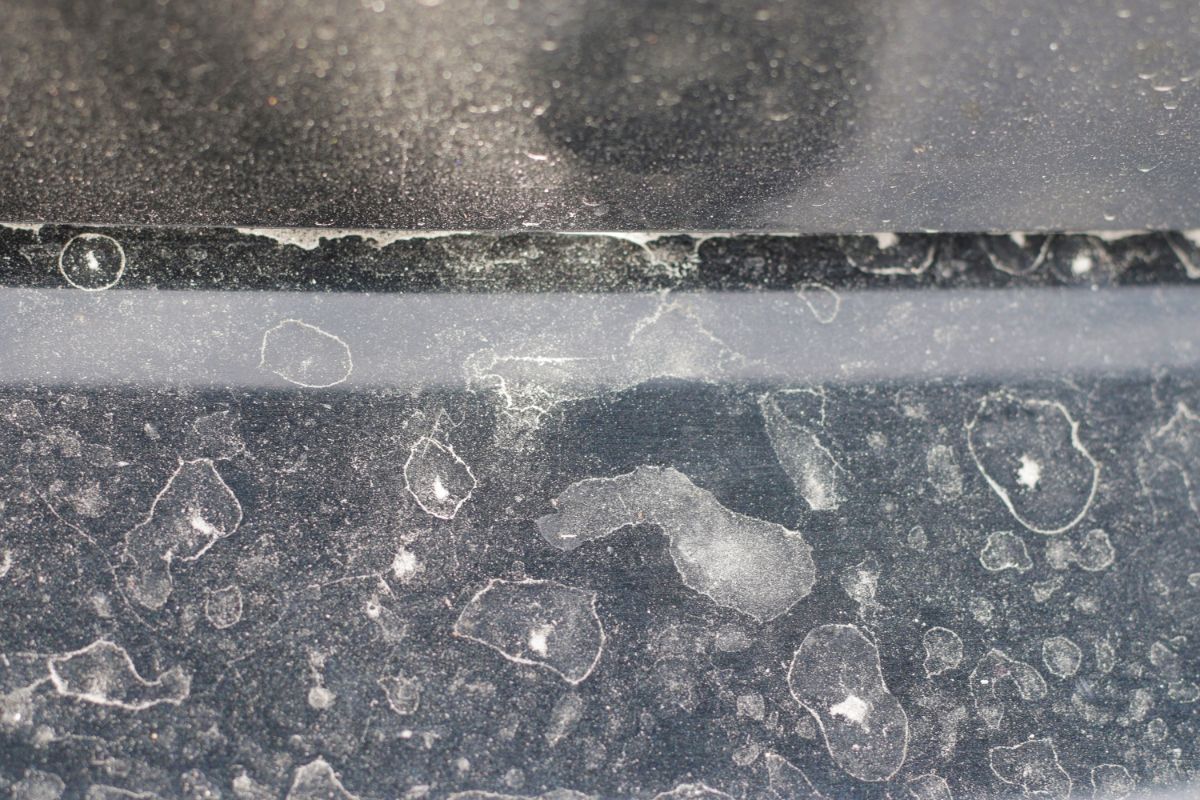 Acid rain has a lower pH value. The normal pH of rainwater is around 5.5. Acid rain can go as low as 4.0! In comparison, drinking water has a pH value between 7.0 and 8.5. Due to increasing air pollution, acid rain has become common in recent decades.

Acid rain is a serious problem for Mother Nature. It also attacks monuments, statues and buildings. Even drivers fear acid rain because it has the potential to degrade car paint.

How is Acid Rain Formed?

Acid rain occurs when sulfur oxides and nitrogen oxides are released into the atmosphere. There they react with water to form acid. So, chemical reactions have taken place in the rain clouds that throw off acid rain.

The resulting acids then reach the earth in the form of acid rain. A major problem is that acid rain does not stay where it is created but can rain down anywhere in the world as a result of the natural water cycle.

The largest sources of exhaust gases that cause acid rain are coal-fired power plants and internal combustion engines. When developed countries produce sulfur and nitrogen oxides, the entire planet is affected because the acids are distributed everywhere.

Acid rain can hit the United States with just as high a probability as, for example, countries in Asia, Germany or Australia. Acid rain can also be caused by natural factors, such as volcanic gases. Yet, not with this frequency and with such a low pH value of rainwater.

Scientists agree that the industrial way of life of people is mainly responsible for acid rain. Acid rain can discolor and crack car paint. It can also corrode metal car parts, which can lead to costly repairs.

How to Fix Acid on Car Paint? 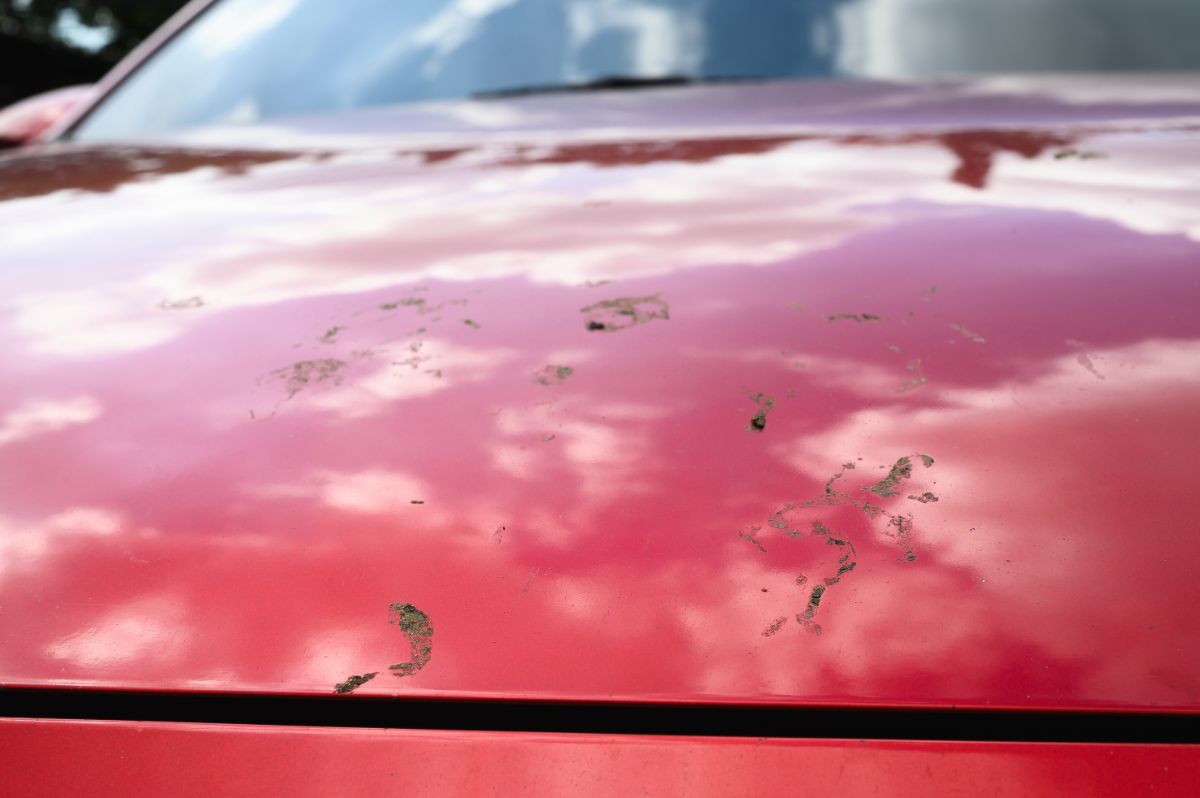 The acid can damage the car’s paint if it comes into contact with the surface. There are several ways to fix the acid on the car paint:

See also  How to Find EV Charging Stations Near You?

What is the Outcome of Dirt on Asphalt Combined with Rain? 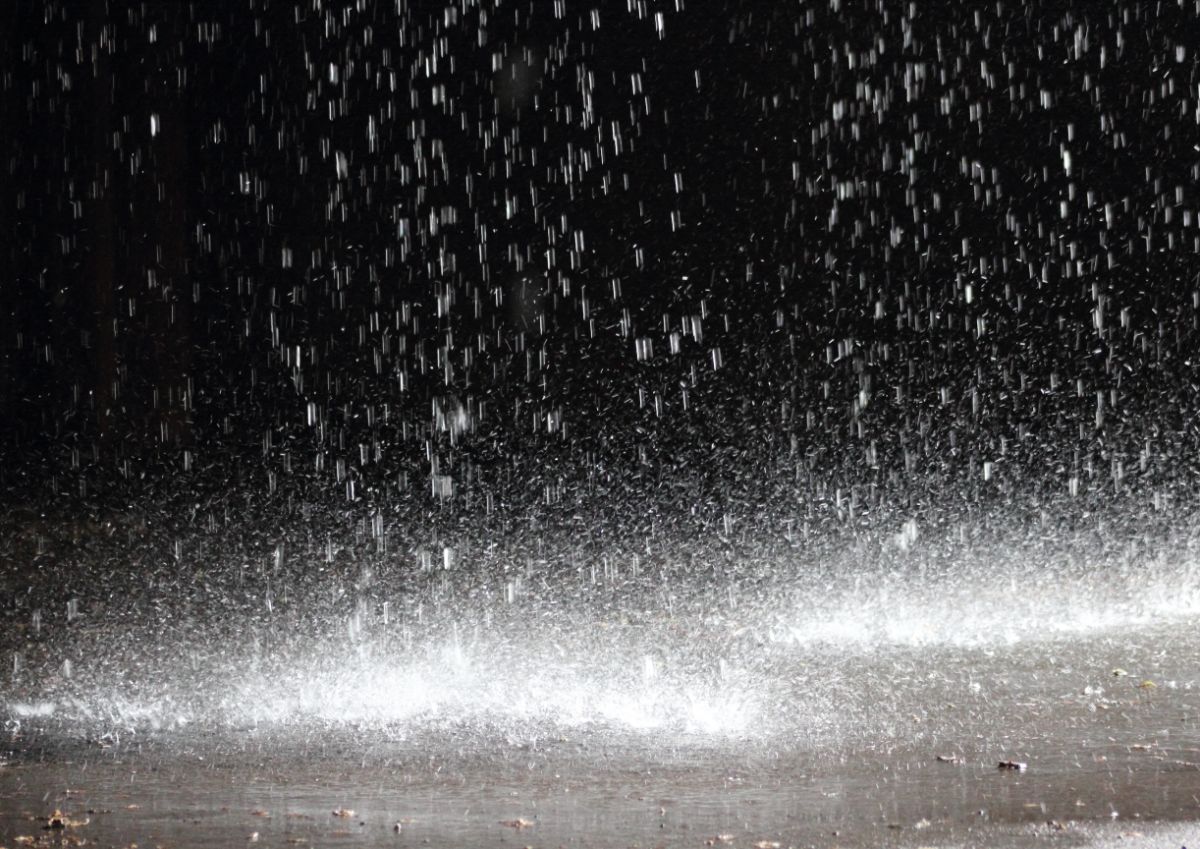 I found out that asphalt accumulates a large amount of dirt, especially during specific times of the year and in areas with less rainfall. The same dirt comes from dust, exhaust gases, small spills of liquids such as antifreeze oil, fuel, tire debris, etc.

With the rain, the water rises up and all those remains when stepped on (or with the same splashes that the rain drops produce), it ends up on the paint and on the underside of your car. And all this mixture of dirt attacks the body of the vehicle.

What Happens With Parking Under a Tree? 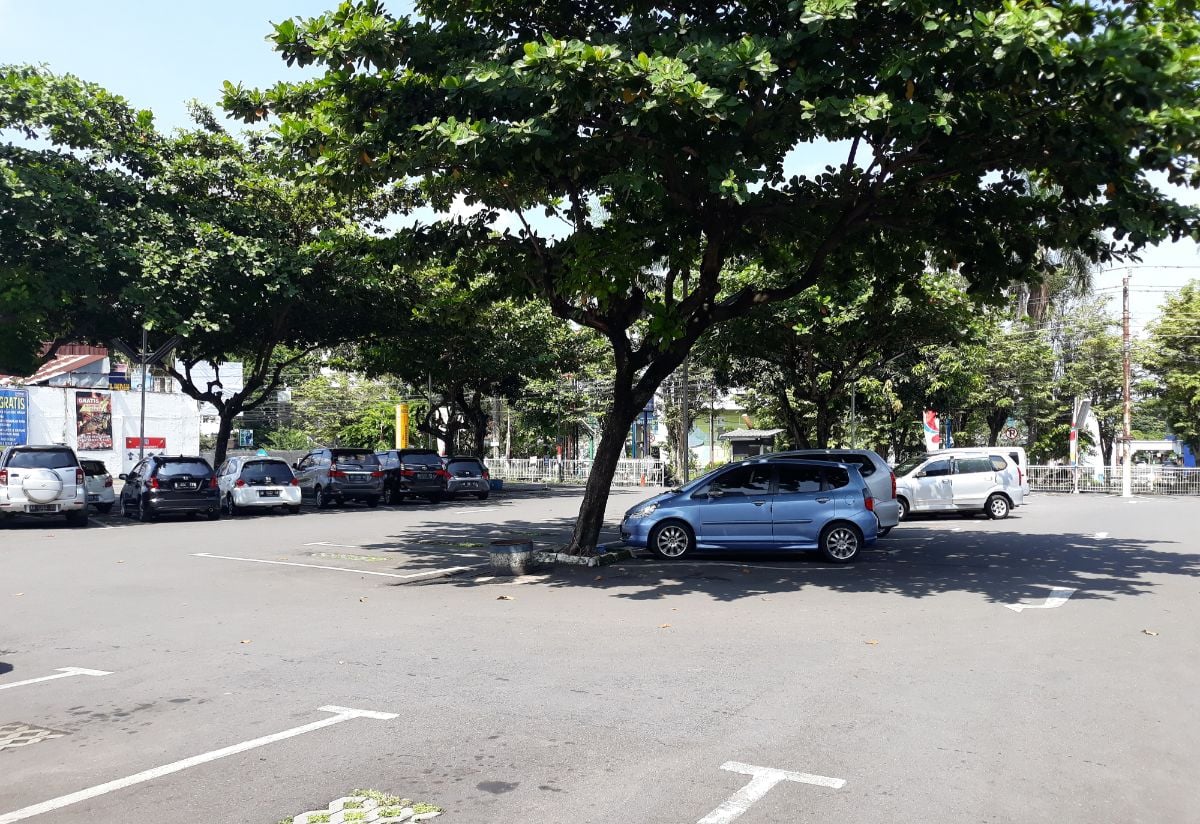 If it rains while a car is parked under a tree, the rain drops that fall on the car will have dragged resin (and/or molasses), and deposit it not only on the body of the car, but also to windows, glass and rubber gaskets.

Likewise, it is more than likely that leaves will fall accompanied by a lot of dirt, which can also damage both the sheet metal and the paint. Below, I have compiled a few tips to protect a vehicle from rainfall.

Does Covered Parking Provide a Solution?

Parking under a covering not only protects the car from the sun and heat, but also from heavy downpours. A garage is of course, the best, but a carport or a canopy can also protect the car from damage.

What About Paint Seal? 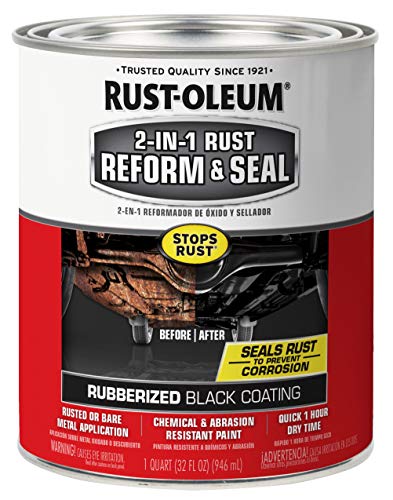 To make the paint on the car more resistant, there are many care products for home use. In addition, numerous workshops have specialized in paint sealing. It is recommended that drivers take care of their car and the paintwork regularly.

See also  How Often Should You Put in New Windshield Wiper Fluid?

Should You Invest in a Tarpaulin?

Can’t park the car under a covering? No problem! With a tarpaulin it I possible to protect the outside of the car from wind and weather. The tarpaulins are available in different variants.

The material of the covers is mostly waterproof and breathable. The tarpaulins are easy to attach and can be stowed away in the car to save space.

Avoid Unnecessary Driving in the Rain

Heavy rain significantly increases the risk of accidents and puts a greater strain on the car. Rain causes water and dirt to get into hard-to-reach places on the underside of the vehicle.

Before going out, I try to check the weather forecast and, unless it is absolutely necessary to drive, I would just put it off for a later date.

Should You Attach Mud Flaps? 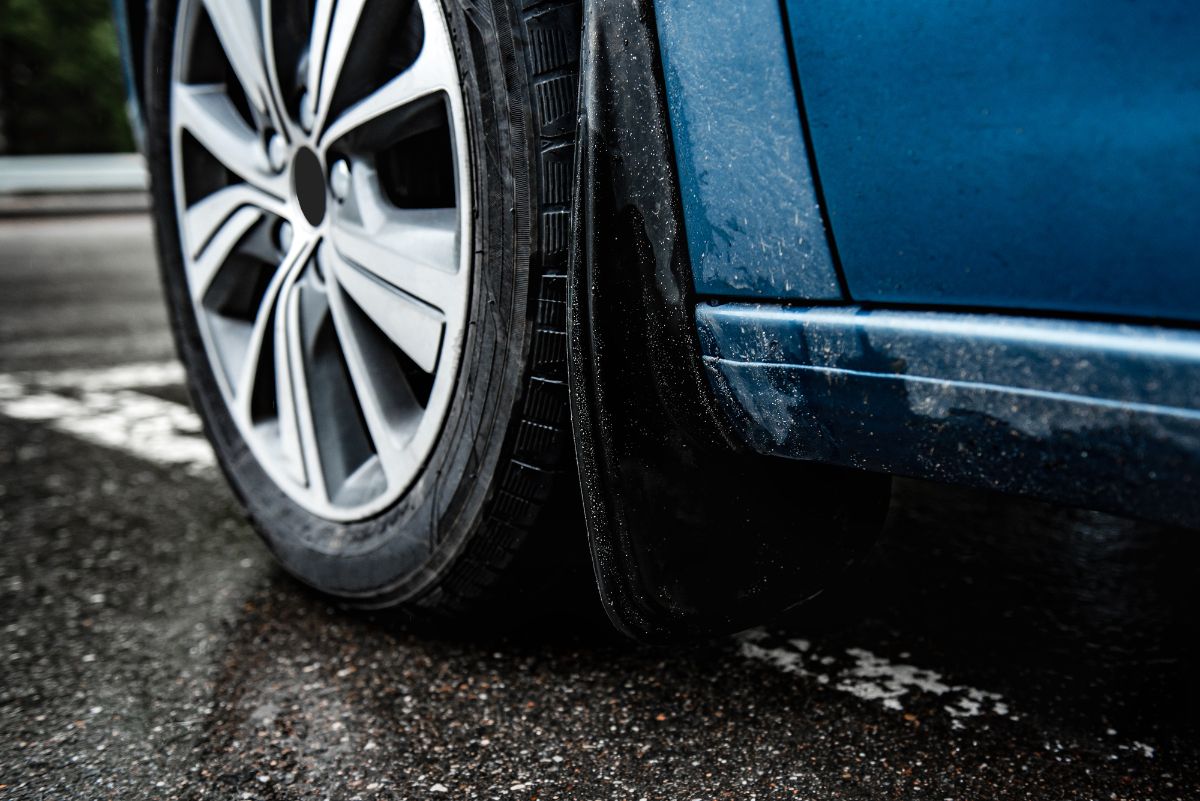 By attaching mud flaps, it can protect the car from splashing water and dirt. This will prevent any damage to the paintwork. A positive side effect is that less water is thrown up behind the car. Now, I will look at acid rain and its effect on vehicles.

Rain can have many negative effects on a vehicle’s paint and bodywork. It can be avoided. After a few days of rain, and even if more precipitation is expected, I wash the car, especially if it spends a lot of time outdoors.

And if I haven’t waxed the car or it’s been more than 4-5 months, I go ahead and wax it. The wax or car paint restorer will make the raindrops slide off and not accumulate on the car.