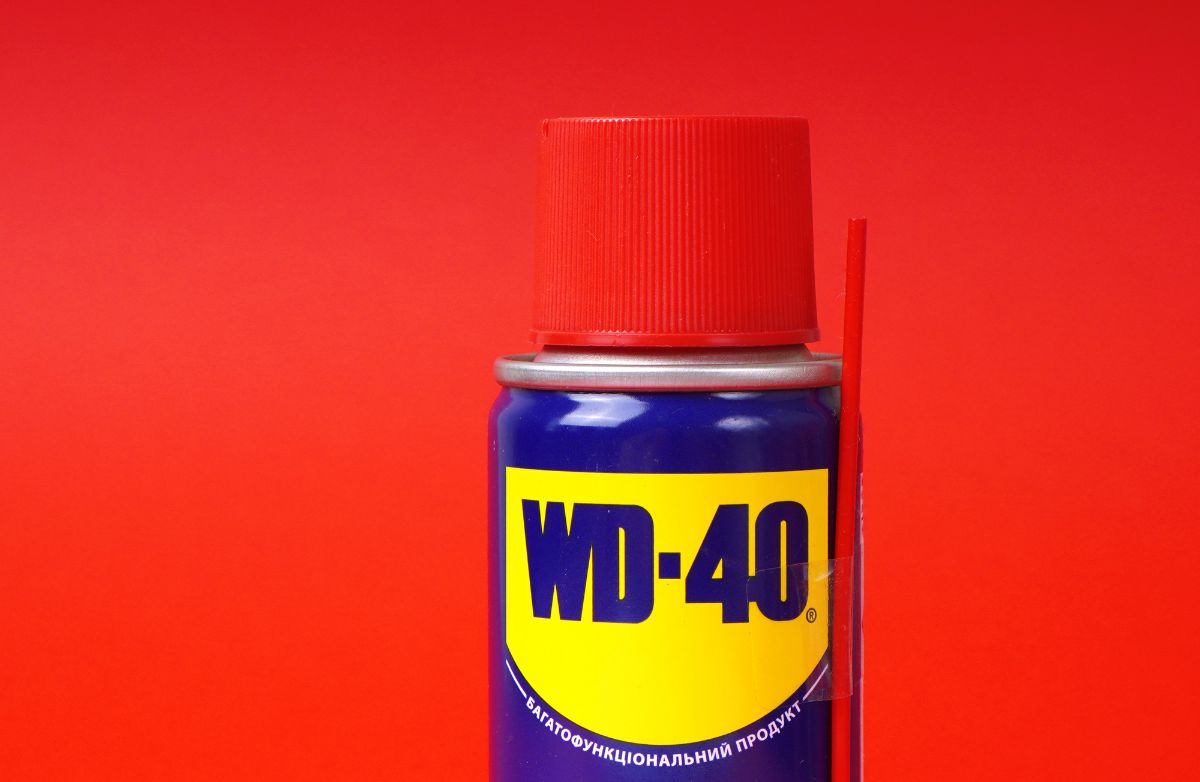 WD40 is one of those products that everyone knows about. It’s often said that you can fix anything with WD40 and/or duct tape. If it should move and doesn’t, use WD40. If it moves and shouldn’t, use duct tape.

Both of these are wonderful inventions, and have certainly saved me more than a few times. However, that doesn’t mean that WD40 is always the miracle it’s often said to be.

Car owners believe WD40 can remove scratches, brighten a dull paint job, and remove those nasty bugs from your hood. It’s true, it does do all these things, but it might do more harm than good.

Contents Show
Does WD40 Harm Car Paint?
What’s in WD40
The Problem With WD40
How is WD40 Used on Cars?
Repairing Car Scratches
Enhancing Color
Removing Bugs and Grime
Removing Paint Transfers
How to Remove WD40 From Car Paint?
Car Soap or Shampoo
Wax Your Vehicle
Does WD40 Damage Car Paint FAQs
Can you use WD40 on plastic?
Can you clean your headlights with WD40?
Is WD40 safe for clear coat?
Can you use WD40 on metal?
Does WD40 remove wax?

Technically, WD40 doesn’t harm car paint. This means that it won’t remove the paint or cause damage to it. However, that doesn’t mean it’s good for your paint job. 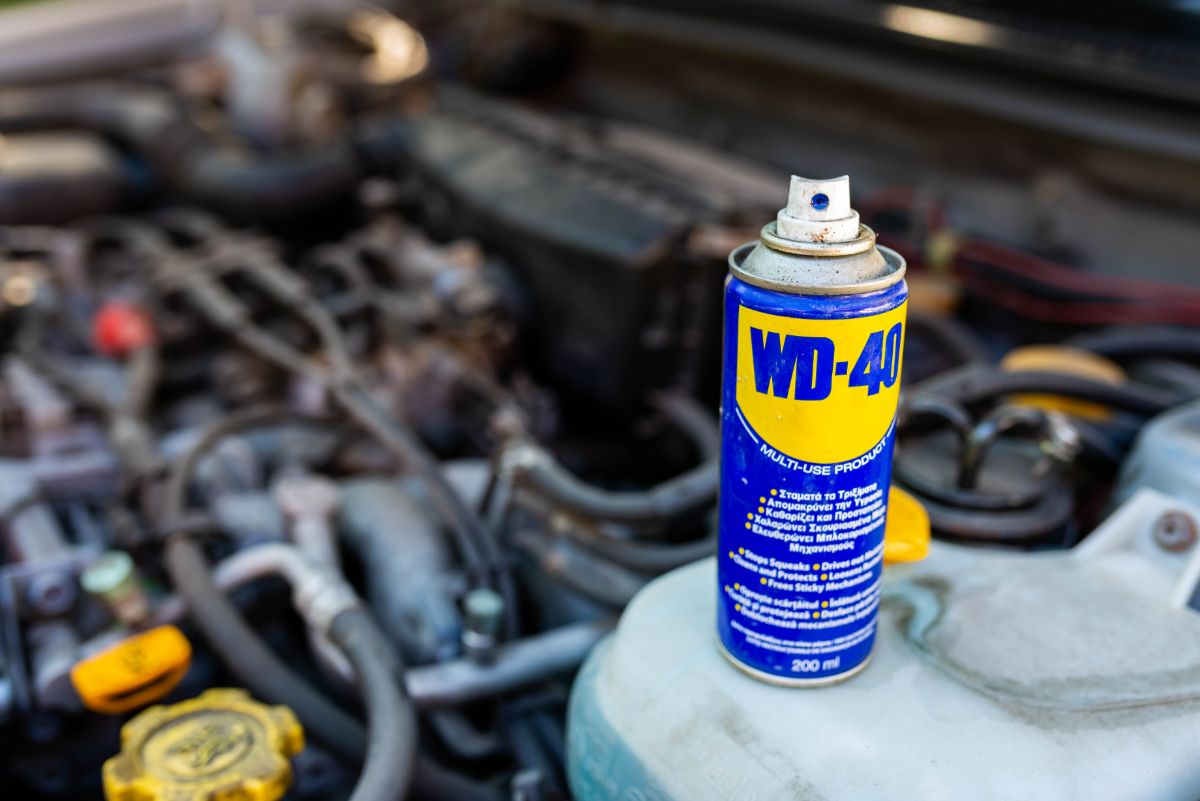 The exact formula is a closely guarded secret, similar to KFC’s secret recipe. However, we do know the main ingredients in WD40.

Technically, WD40 is mostly made of different alkanes. In simple terms, WD40 is made from mineral oil, decane, nonane, and carbon dioxide.

See also  How Much Does It Cost To Get a Car Painted?

Mineral oil is an alkane typically made from petrolum. It’s used in many cosmetic products. In fact, you can purchase bottles of mineral oil for cosmetic or skin use.

Decane is an alkane. It’s also an ingredient in gasoline. Decane keeps the mixture from freezing.

Nonane, yet another alkane, is water repellant.This is actually where WD40 gets its name. It stands for “water displacement, 40th attempt”.

The Problem With WD40 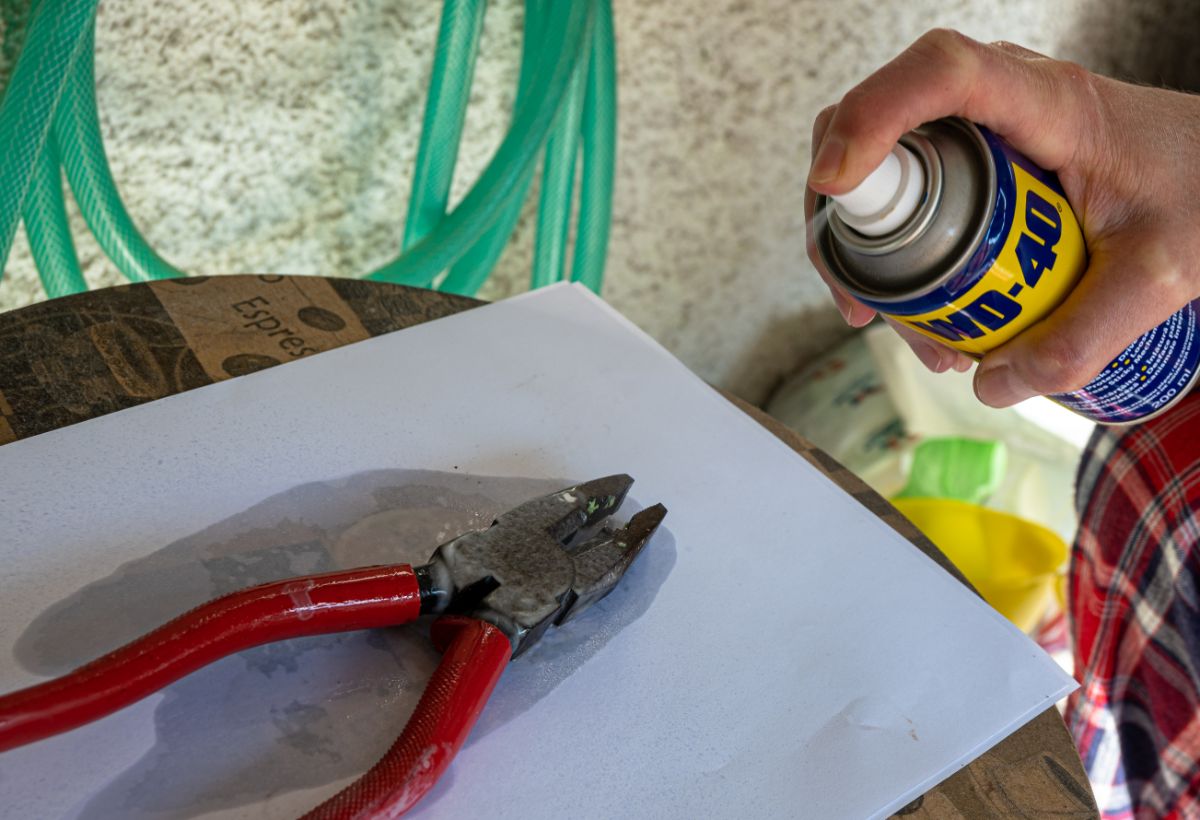 The problem with WD40 is actually what makes it effective for loosening rusty bolts. The oils in the product penetrate rust and other gunk, while lubricating it. This is great for loosening a bolt or remedying a osqueaking door hinge.

However, these oils love dirt. They attract dirt very well, and they also make it harder to remove. If you use WD40 on your car, this is a big problem.

After all, your vehicle is difficult enough to keep clean under the best of circumstances. The last thing you want on your car is a dirt magnet, which is essentially what WD40 becomes.

There’s another problem with WD40. It’s a solvent. It will not dissolve or damage car paint. However, it can easily remove the wax from your vehicle.

This in itself won’t damage your paint job, but if your paint is left exposed without wax, it makes it more susceptible to fading and damage.

WD40 is famously used to repair car scratches. It is also used to enhance the paint’s color, and remove bugs and other icky things from your car. 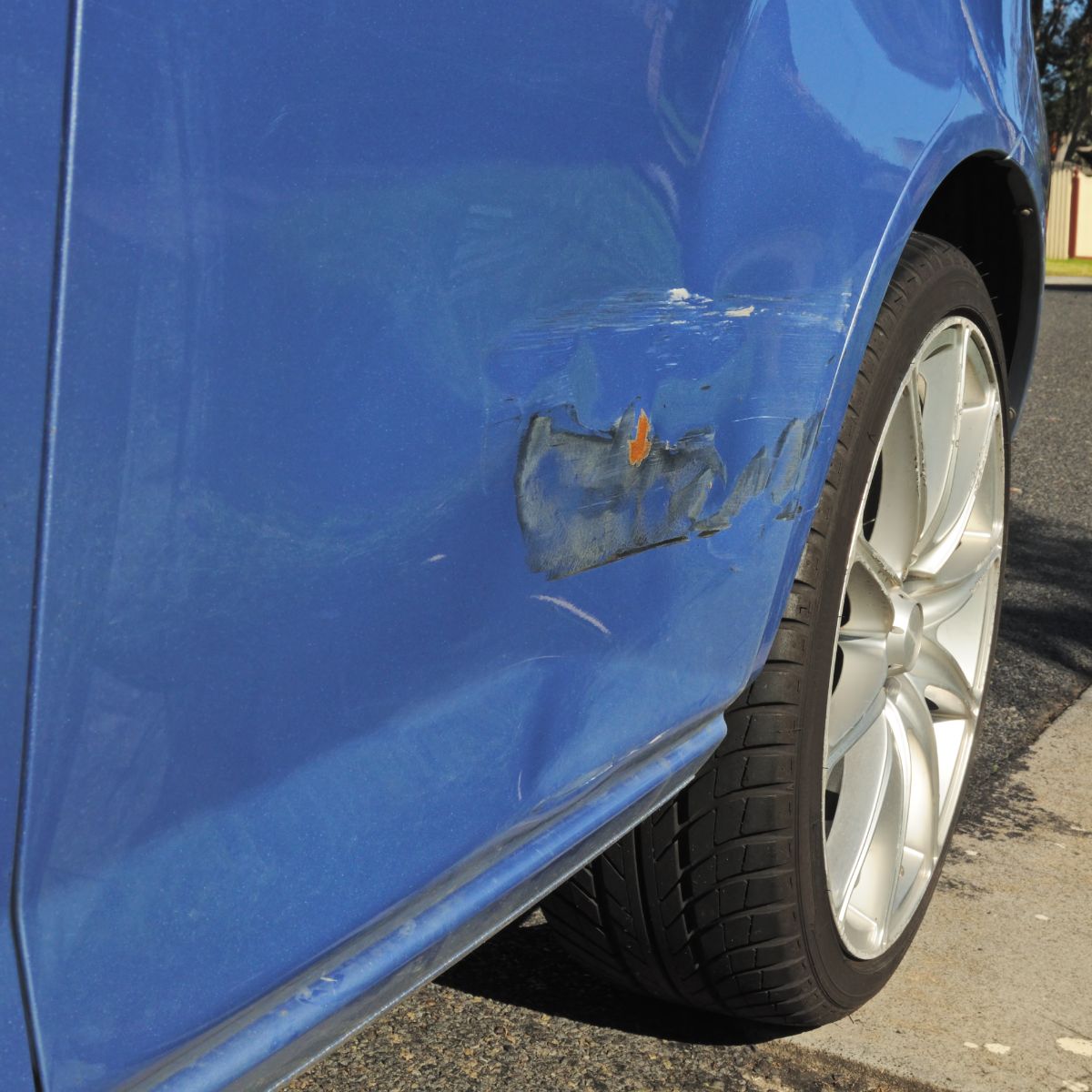 Does Wd40 actually repair car scratches? It can help temporarily. Like car waxes, WD40s oils will get into small areas, including scratches. It’s also anticorrosive, which can prevent rust damage if the bare metal is exposed.

It won’t remove or repair the scratch. However, it will prevent water from reaching the scratch, which can keep it from rusting.

WD40 is also used in place of wax for cars. It does brighten up the color of your vehicle, and give it a shiny appearance. It’s arguably easier to use than traditional wax, and it’s less expensive than most wax products.

However, using WD40 for this purpose is not a good idea. WD40 is greasy, hard to remove, and it attracts dirt very well. You don’t want it all over your car paint. 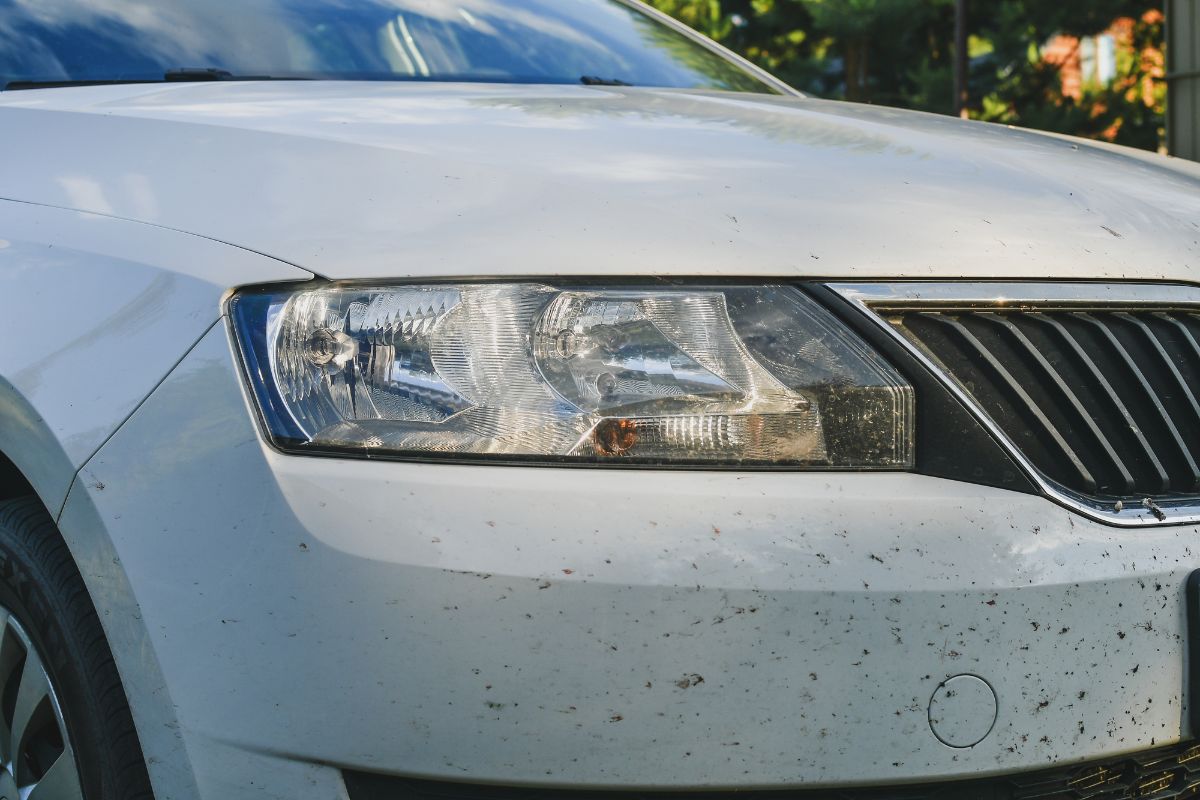 WD40 is great for removing bugs and other types of grime from your vehicle. If you’ve took out a major bug population, you can use WD40 to remove them.

To do this, you’ll spray or wipe WD40 on the areas you want to clean. Allow it to sit for a few minutes, and then wipe away the grime. In addition to bug guts, this method can remove tree sap and wax residue.

Just remember, you’ll need to remove the WD40 after this. Then, apply wax to your vehicle.

Remember, it draws dirt and wax from your vehicle. Leaving the WD40 on your vehicle, in particular a large area of it, is not a good idea.

The last use for WD40 on car paint is removing paint transfer. It’s unclear why WD40 works so well for this, since it doesn’t remove paint from your vehicle.

However, perhaps it’s ability to act as a solvent or cleaner is the secret. What we do know is that you can apply WD40 to paint transfers. Allow it to sit for a few minutes, and then wipe it away. It may require a bit of buffing or scrubbing, but it should work well.

How to Remove WD40 From Car Paint?

If you choose to use WD40 on your vehicle, or accidentally spray your car with WD40, it’s a good idea to remove it. 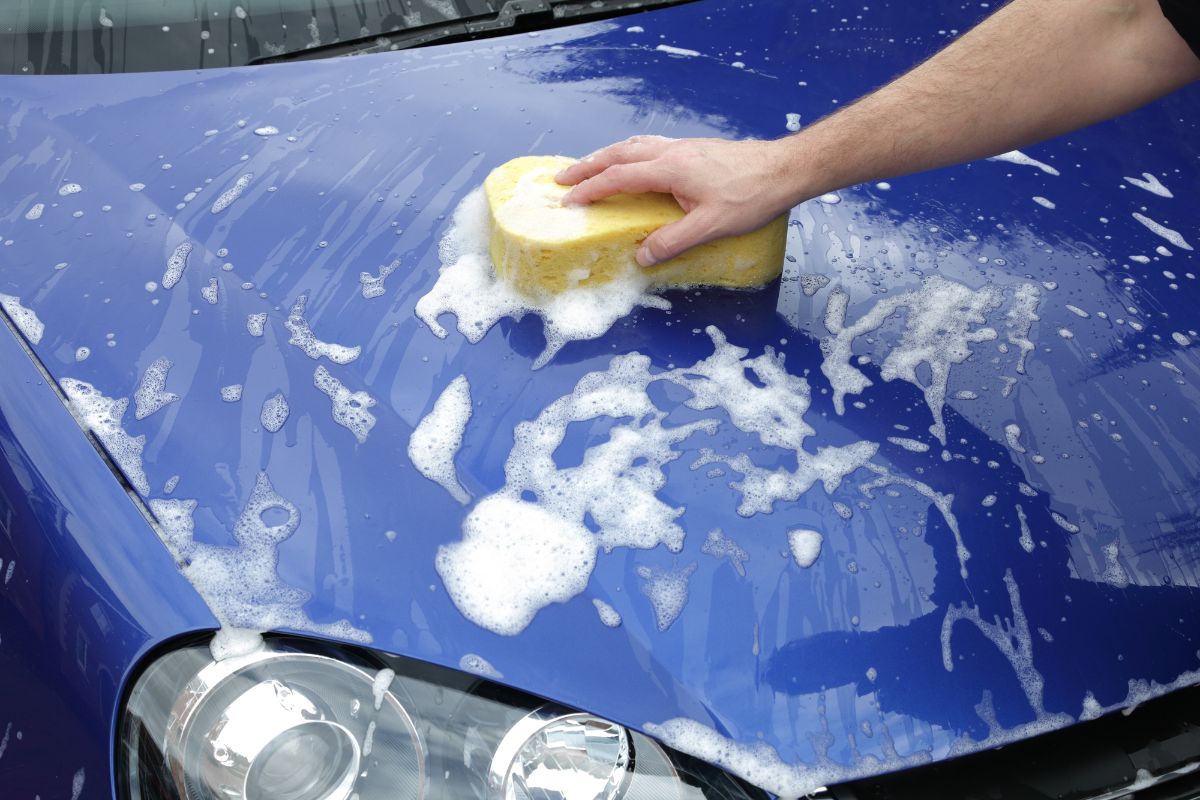 First, you’ll want to use car  soap or shampoo to wash your car. It’s best to use a wax stripping or prep shampoo. These are designed to remove wax, and will also remove the WD40 residue.

It works because it has a low PH, which makes it a strong base. It’s stronger than regular car shampoo, but it won’t damage your paint. It simply removes everything from your paint. Dirt, wax,  and WD40 will all be rinsed away. 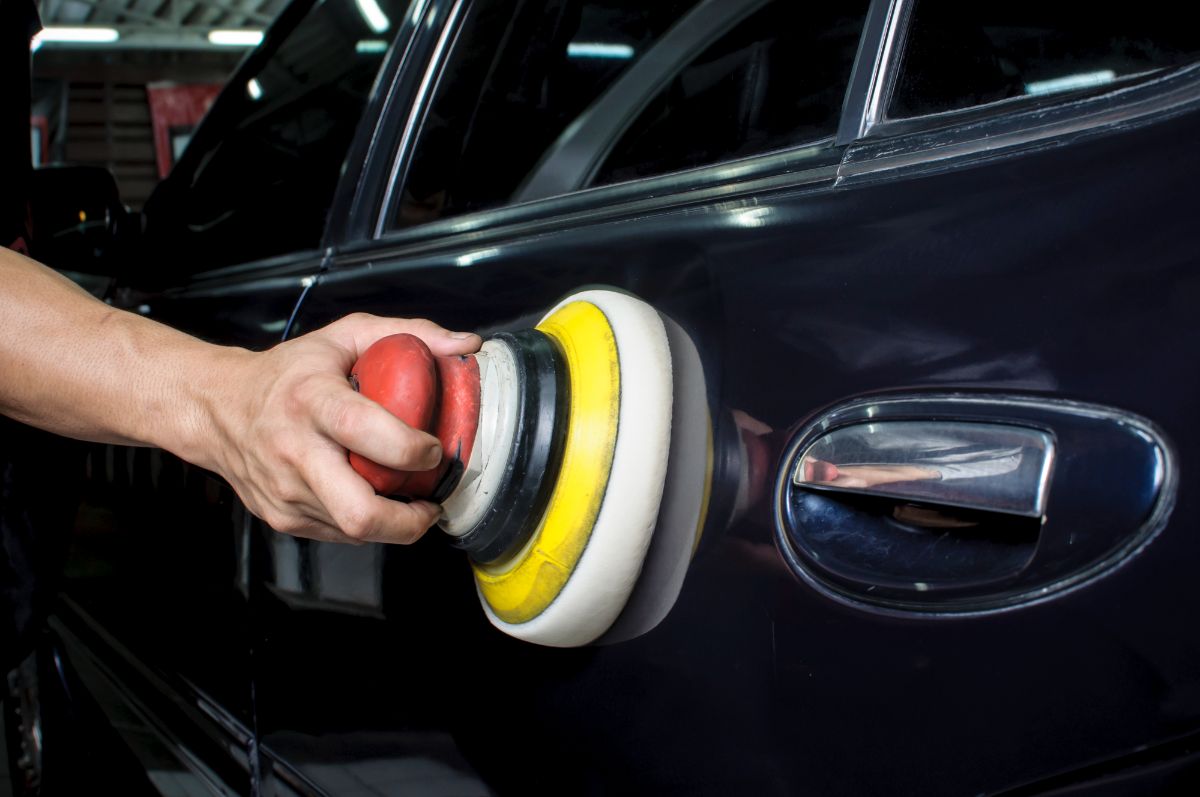 After you’ve cleaned your vehicle, the WD40 should be completely removed. However, the wax that protects your car will also be removed. You may notice that your paint looks dull due to the lack of wax.

It’s important to wax your vehicle immediately after washing with stripping shampoo. Of course, one of the great things about wax is the way it makes your vehicle look. A freshly waxed car has a deep shine that makes it look great.

However, that’s not the only reason you should wax your vehicle. Wax provides protection from dirt, which can create tiny scratches in your paint or clear coat. It also protects from the sun, keeping the paint from fading. Lastly, it protects your paint job from chemicals found in rain and snow, and salt that is used to treat roads in the wintertime.

Can you use WD40 on plastic?

You can use WD40 on some types of plastic. However, it can’t be used on polycarbonate and clear polystyrene plastic. Polycarbonate is often used for headlights and bumpers. Polystyrene is used in trim, instrument panels, and knobs.

Can you clean your headlights with WD40?

Yes, you can. Don’t leave the WD40 on the headlights long term, it can break down the chemical structure of the plastic. However, wiping it on and off within a few minutes can clear up hazy headlights.

Is WD40 safe for clear coat?

Yes, WD40 is perfectly safe for your clear coat. Even though its residue can be problematic because it draws dirt and grime, it won’t cause any damage to the clear coat itself.

See also  How Often Should you Replace a Spark Plug in Vehicles? 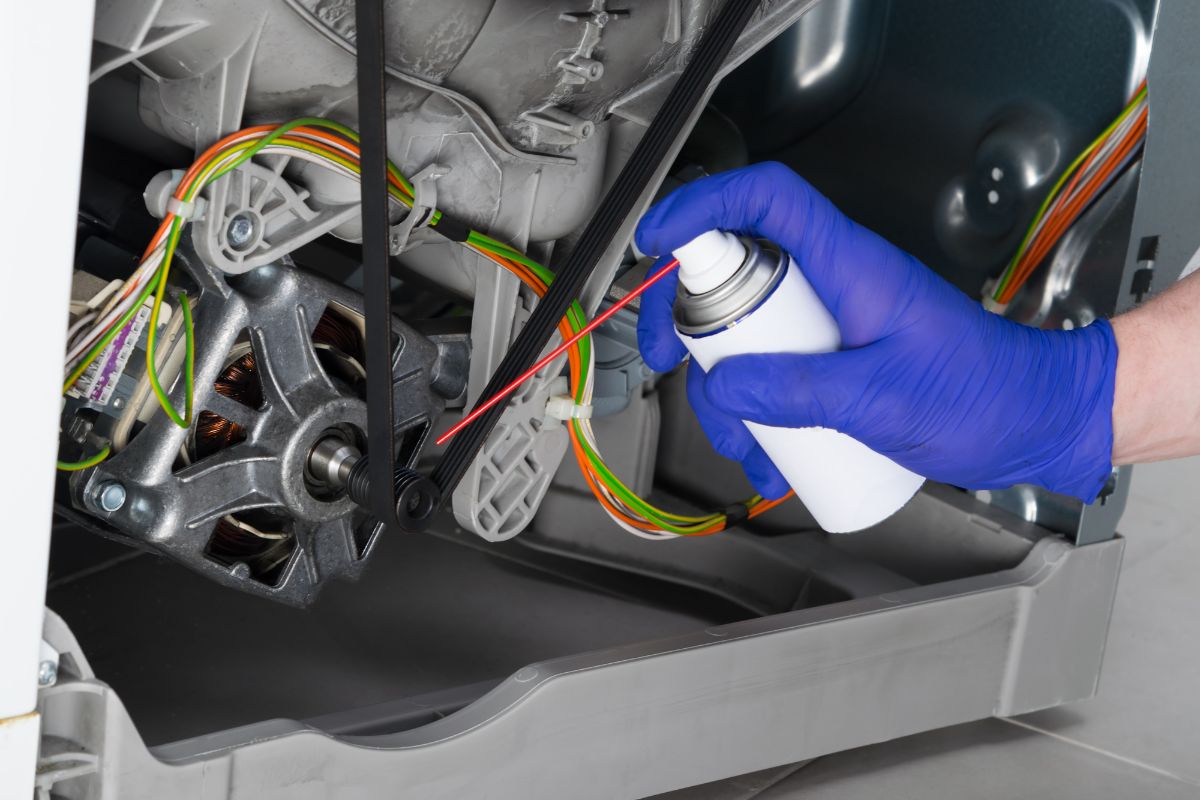 Yes, WD40 can remove dirt and rust from metal surfaces. It won’t damage any painted on finish, either. If you have metal wheels or a dirty chrome bumper, WD40 can be a quick cleaning solution.

Yes, the solvent and cleaning properties of WD40 make it effective for removing wax from your vehicle. It’s not the ideal way to remove the wax, however. Once it’s done, you’ll need to remove the WD40.